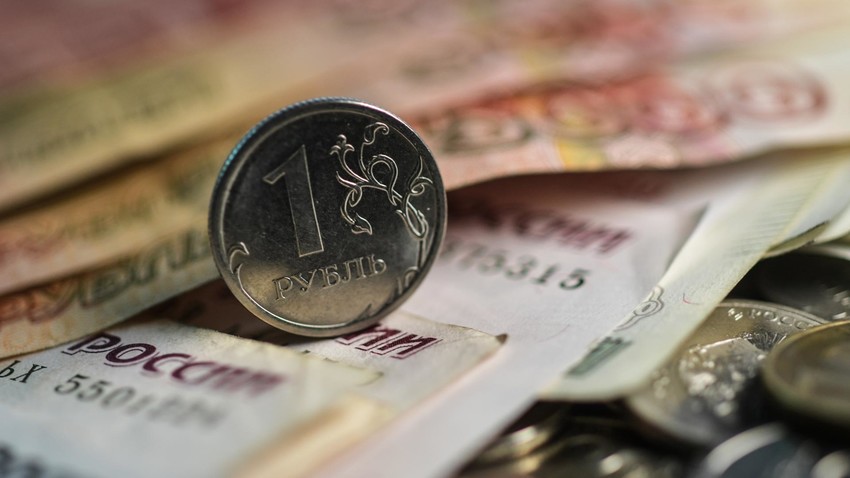 Vladimir Trefilov /Sputnik
Russians are using cash less and less. So this is probably your last chance to see what the disappearing metal rubles look like.

Russia minted its first ever coins back in the 10th century and it's hard to imagine how many times their appearance changed throughout time. Even after the USSR collapsed and the modern Russian ruble appeared, the coins changed design and nominal value several times. The most current coins were designed in 1997 and reissued several times throughout the 2000s. Here’s what Russian coins look like in 2021. 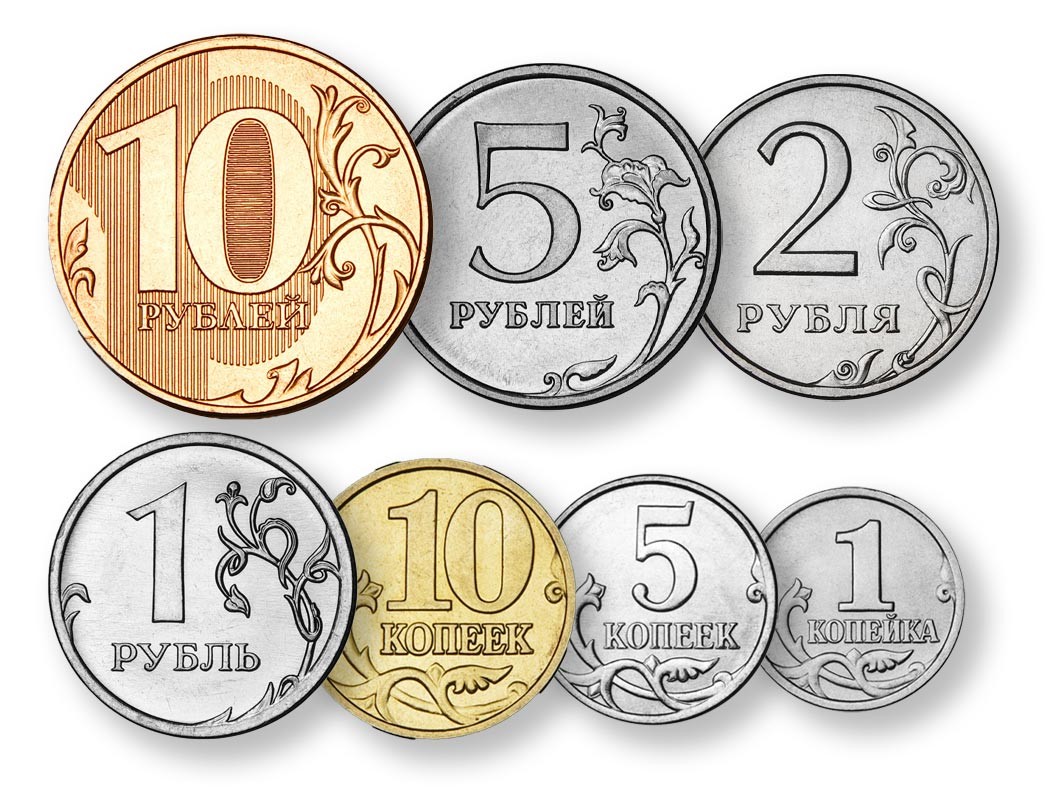 The reverse side of kopecks displays St. George killing a dragon, the words ‘Bank of Russia’ and the year of issue. The image of St. George has been deeply worshipped by Russians since very old times and this picture reflects the 15th century icon. St. George killing the dragon is also on the coat of arms of Moscow and a symbol of the capital. 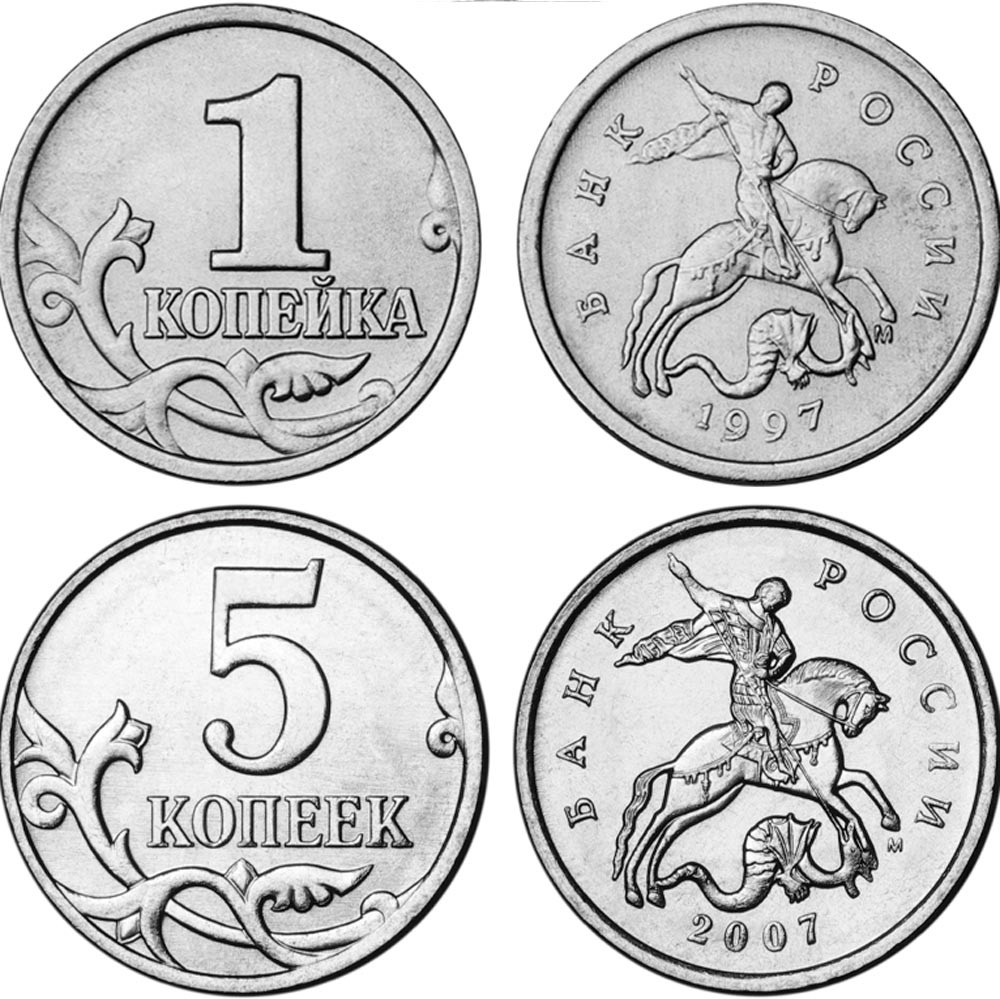 The 1 and 5 kopeck coins are really rare these days and prices no longer measure in those nominal values. Foreigners who are used to euro and U.S. cent coins would be surprised to see that Russians who get 1 or 5 kopecks in change often don’t even bother to take them! It’s just unlikely they will use them after all - and they will just take the place and weight of their pocket (although these coins are extremely light). They have gray color and are made from steel and coated with melchior. 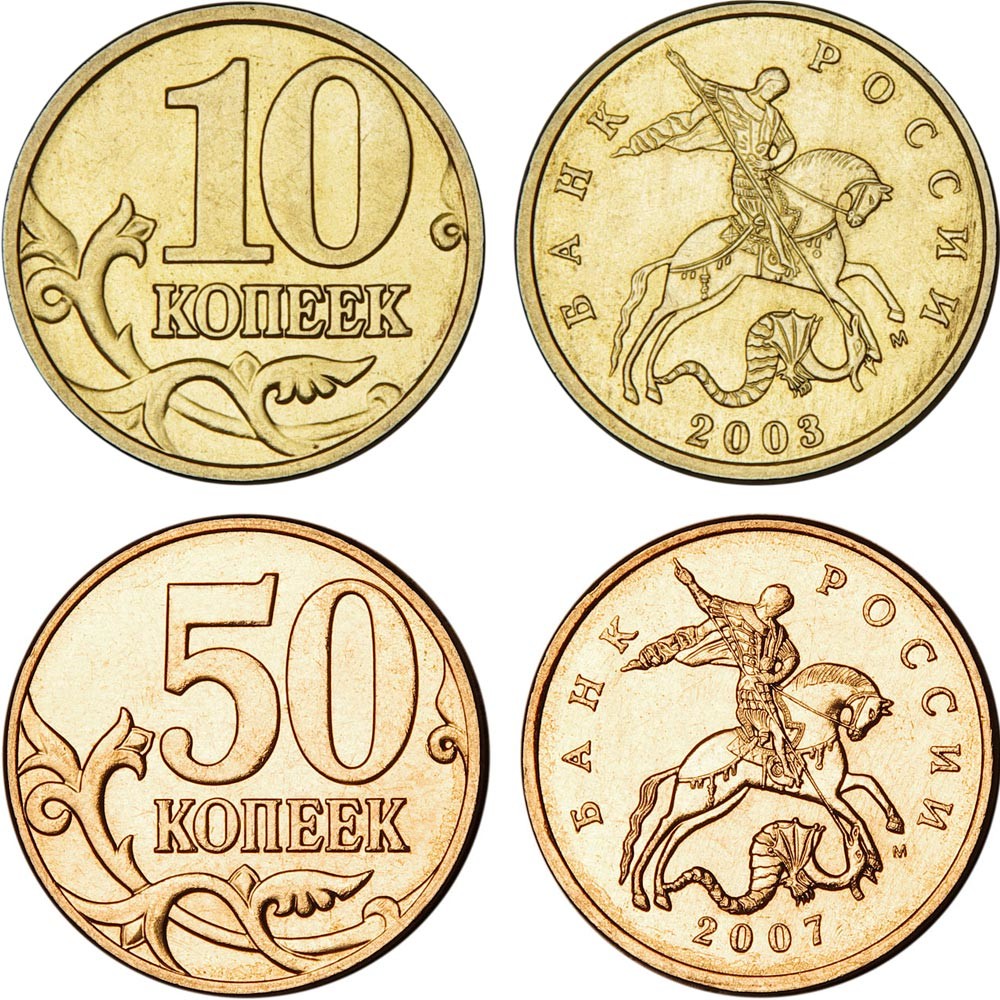 The 10 and 50 kopecks are still in somewhat use and look similar to the 1 and 5 ones, but have different colors and are made from other metals: either brass or steel coated with brass/red brass. And the more the nominal value is, the bigger the diameter of the coin is.

There are four ruble coins: 1, 2, 5 and 10. Just like with kopecks, they have floral ornaments and a nominal value on the front side. The reverse side repeats the nominal value in letters, the words ‘Bank of Russia’ and the year of issue. It also depicts the national emblem of Russia - the double-headed eagle (read more about it here).

There is an popular old Russian game of fortune called ‘Oryol i reshka’ (“Орел и решка”), which is basically the same as ‘heads or tails’. Reshka is how the coin’s obverse is called in Russia, while the coin’s reverse is the oryol, which literally means “eagle”. There is also a popular TV travel show called ‘Oryol i reshka’. Two hosts toss a coin in the beginning, choosing who gets to spend a weekend with unlimited money and who will only get $100.

The 1 and 2 ruble coins are silver in appearance and made from copper-nickel alloy or steel with nickel electroplating. 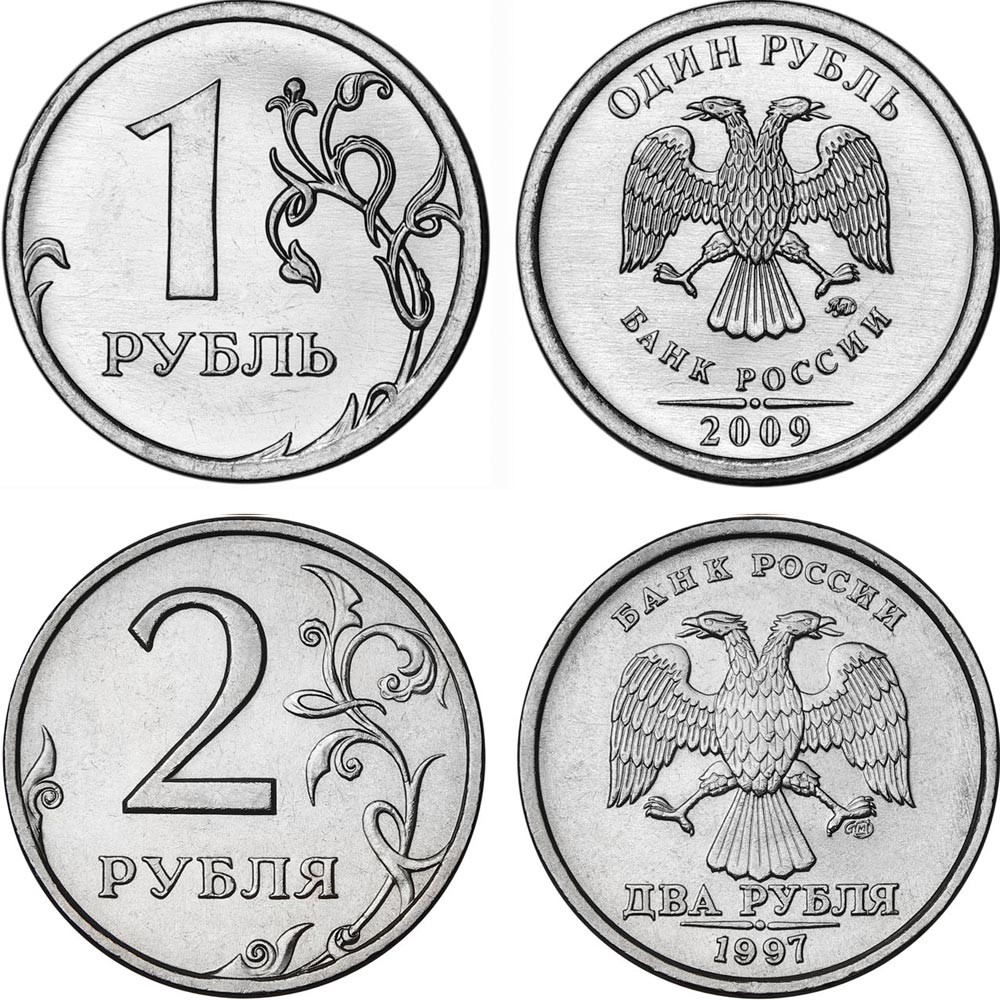 The 5 ruble coin has a faint pink shade to its other also shiny silver color and it’s made from copper and coated with melchior or steel with nickel electroplating.

The “golden” 10 ruble coin is made from steel and coated with galvanized brass.