What does the USSR emblem mean? 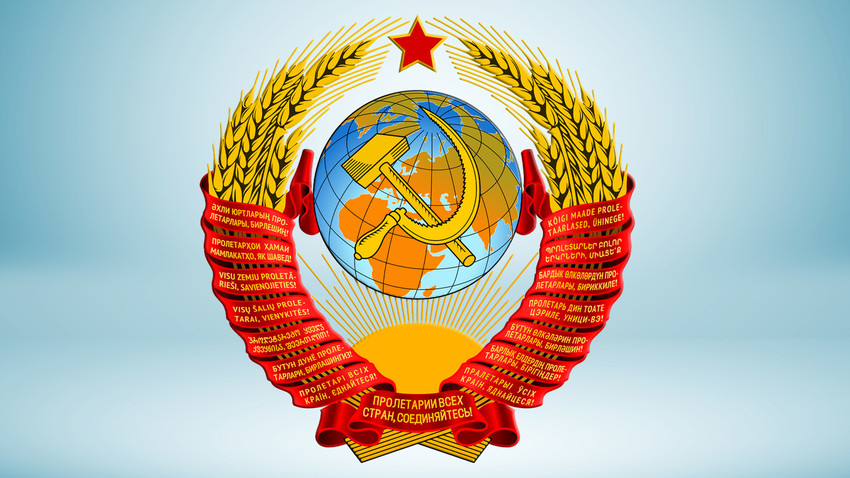 C records(CC BY-SA 4.0); benzoix/freepik.com
Apart from being filled with the Communist symbolism, it was a straight-forward work of art. Here’s all you need to know about the coat of arms of the USSR.

In the late 1990s in Russia, passports with USSR’s symbols were still issued – for example, the first foreign passport I received in 1998, when I was 13, bore the Soviet coat of arms on the cover and each page of it. The emblem outlived the USSR. How could this happen?

The RSFSR’s emblem: a sword removed 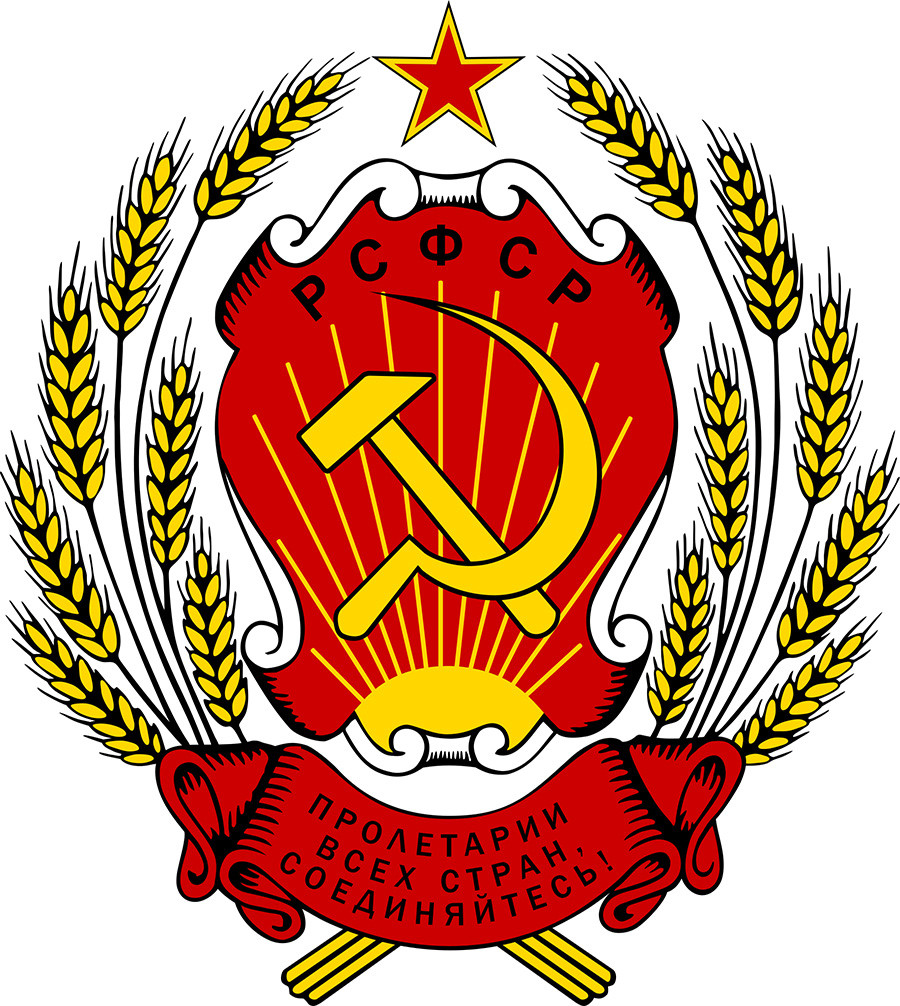 The emblem of the RSFSR (early version)

Immediately after the 1917 Bolshevik revolution, state documents of the newly founded Russian Soviet Federative Socialist Republic (RSFSR) were signed on Tsarist-era blanks, with a double-headed eagle on them, and sealed with obsolete state seals that also used the Empire’s symbols. The creation of what eventually became the USSR’s state emblem started from the creation of a state seal.

The request to create a new state seal was filed in January 1918 by the Council of People’s Commissars (the Soviet government). By March 1918, a sketch was ready. The center of the emblem was occupied by a hammer and sickle as the main symbols of the new state – it symbolized the union of the working people (hammer) and the peasantry (sickle).

In the first sketch, the hammer and sickle were placed against the shield and pierced by a sword, and ears of wheat were placed to the left and right of the center, symbolizing the agricultural might of the country. Everybody approved of the design but Lenin, who insisted that the sword must be removed from the new state seal. Lenin also added the name of the state and the words "Workers of all lands, unite!" – the famous motto of the Communist Party first used by Karl Marx and Friedrich Engels in their 1848 Manifesto of the Communist Party. Also, these words are inscribed on Marx’s tombstone.

On July 10, 1918, the first Constitution of Soviet Russia was introduced, and it contained the description of the new state emblem of the RSFSR: “The coat of arms of the Russian Socialist Federative Soviet Republic consists of images of a golden hammer and sickle placed crosswise with the handles down, against a red background in the rays of the sun, surrounded by a crown of ears of wheat, and with inscriptions: ‘Russian Soviet Federative Socialist Republic’ and ‘Workers of all lands, unite!’” 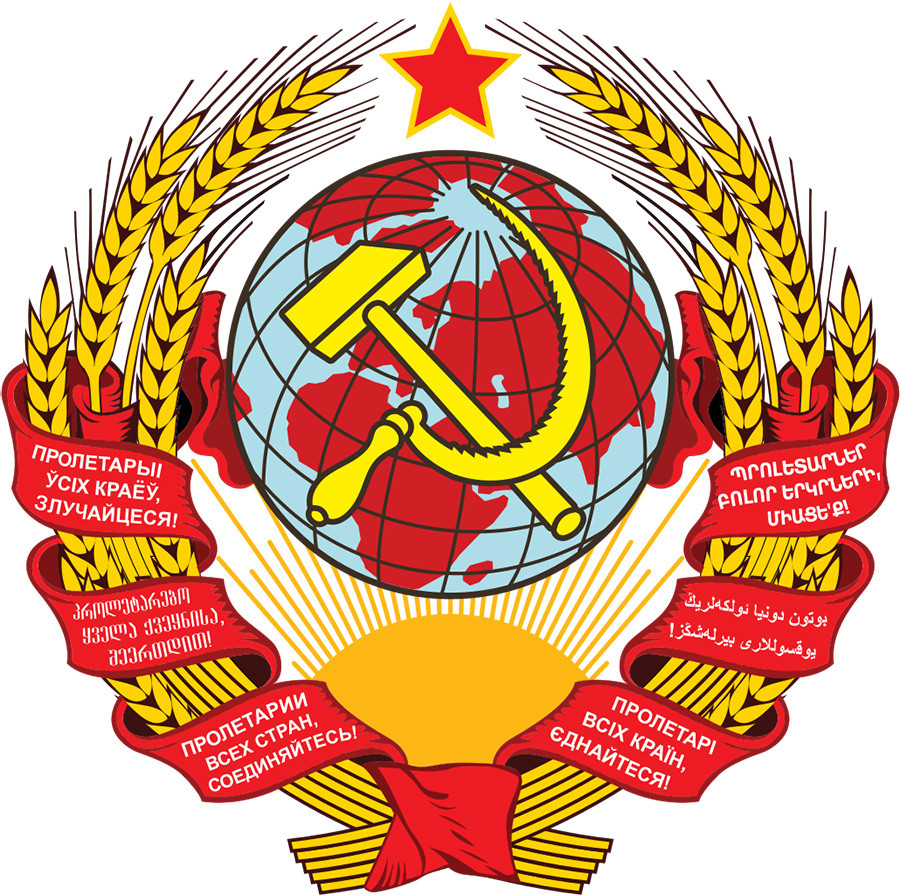 The emblem was changed slightly in 1920 – a red ribbon was added that carried the Communist motto, and the state’s name was abridged to an abbreviation, using dots (R.S.F.S.R.). This emblem became the emblem of the USSR that was formed in 1922 – but instead of a shield, the Earth’s globe was added – this meant that all countries of the world were welcome to join the Soviet Union.

From 1923, the Communist motto was written on the six ribbons that went around the ears of wheat, in the six languages of the first Socialist Republics: Russian, Ukrainian, Belorussian, Armenian, Georgian, and Turkmen Turkish. As the number of republics in the USSR grew, the ribbons were added, and by 1956, there were 15 of them.

The emblems of the Georgian, Estonian, Moldavian Soviet republics

The state emblem of the USSR formed the basis for the projects of the coats of arms of all the union republics, so the main elements of the republican coats of arms were also a hammer and sickle and an inscription “Workers of all lands, unite!” in the language of the respective republic. 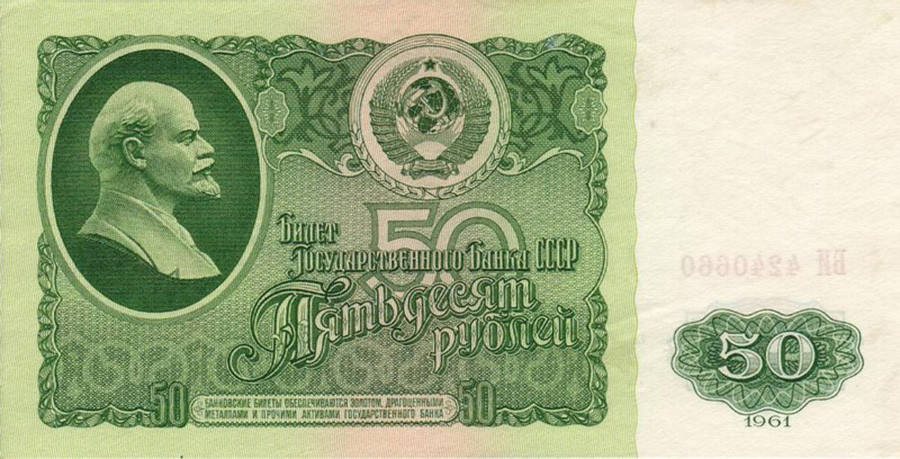 The USSR’s emblem was replicated innumerable times on banknotes, official documents, in books and on their covers, it was on every schoolboy’s and schoolgirl’s uniform, and even on school exercise book covers.

Why are USSR passports still used? 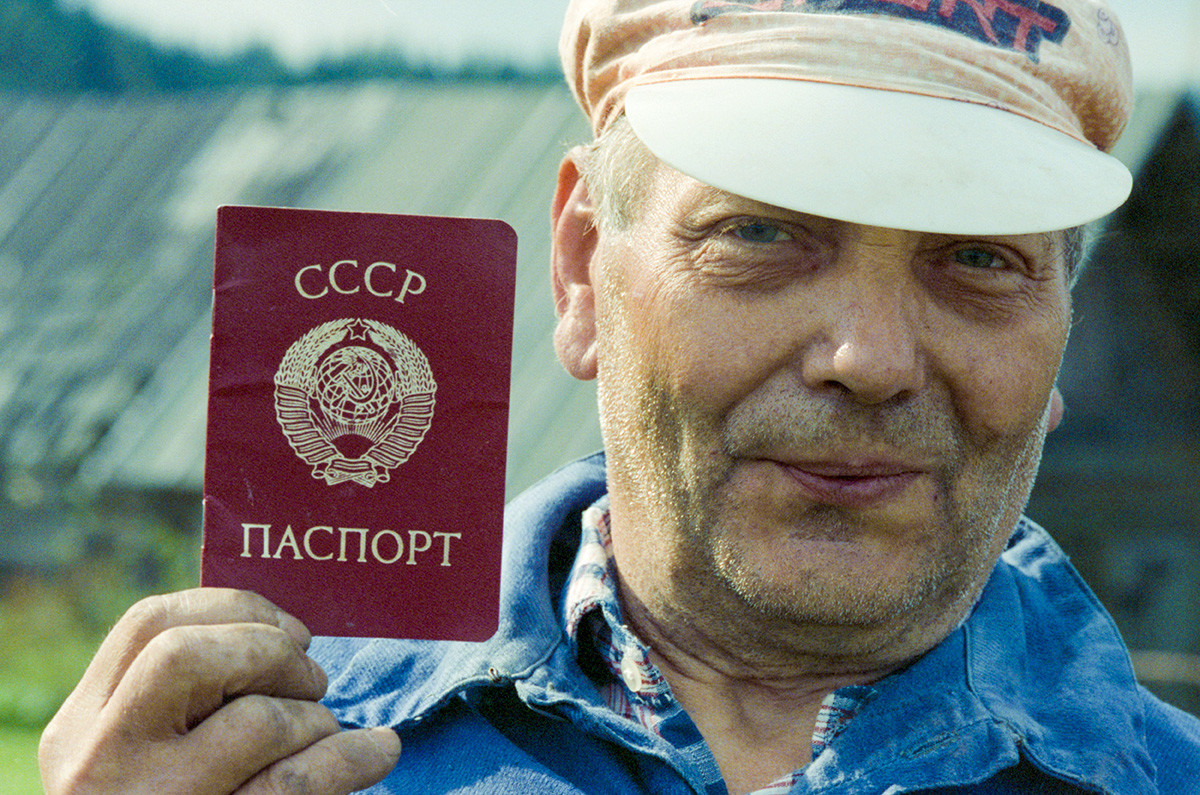 The emblem continued to be used after the USSR had fallen in 1991. Until 1995, it was still printed on currency bills, official documents, and passports. As for the bills and documents, the reason is obvious – the state couldn’t immediately replace the Soviet-era cash printing machines that printed money with watermarks and other protective symbols that ensured the money’s authenticity. With passports, the story is a bit more complicated.

As of 2020, there were over 350,000 people in Russia that still had a Soviet passport as their primary ID document. They refused to change their citizenship and formally, are still citizens of the non-existent state.