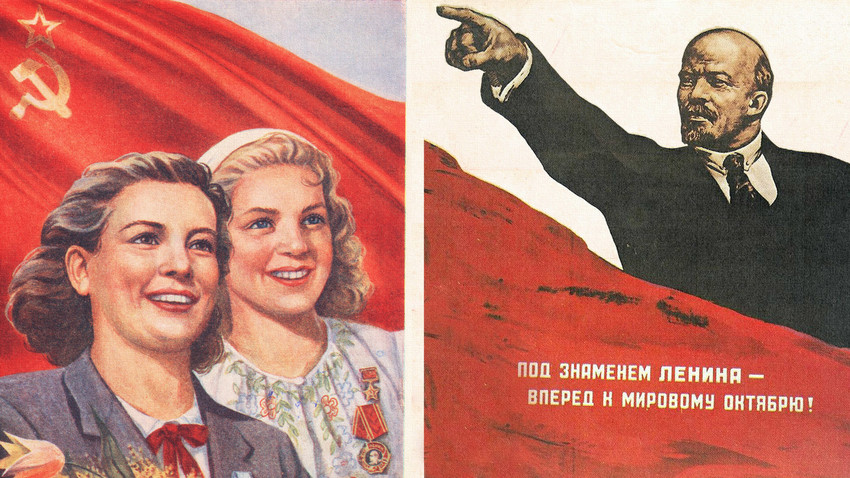 Legion Media
Why is its color red? What does the ‘hammer and sickle’ emblem represent? And what about the five-pointed star?

Red flags and banners have been used by rioters, protesters and insurgents since ancient times, but red flags became especially prominent after the French Revolution of 1789.

Why is it red? 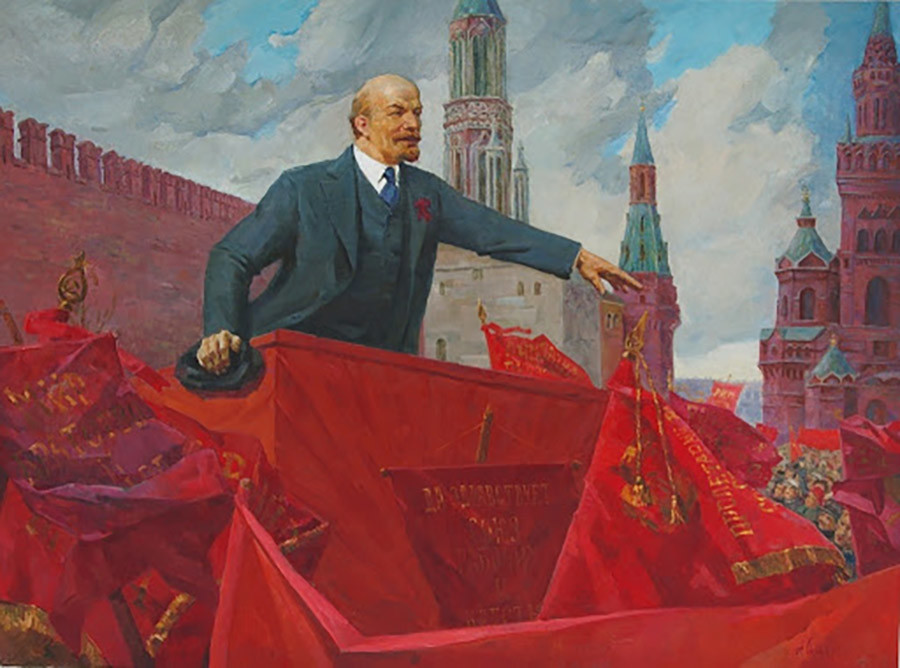 According to a French law of October 21, 1789, “when it appears that the public peace is in danger, the officials of the municipal administration must declare that military force is necessary to restore peace.” When such a public emergency is applied, the city administration, according to the law, must hang red banners from the windows of the city magistrate and across the streets. “When the red banner is displayed, all gatherings, armed or unarmed, are declared criminal and dispersed by military force,” the law went on. 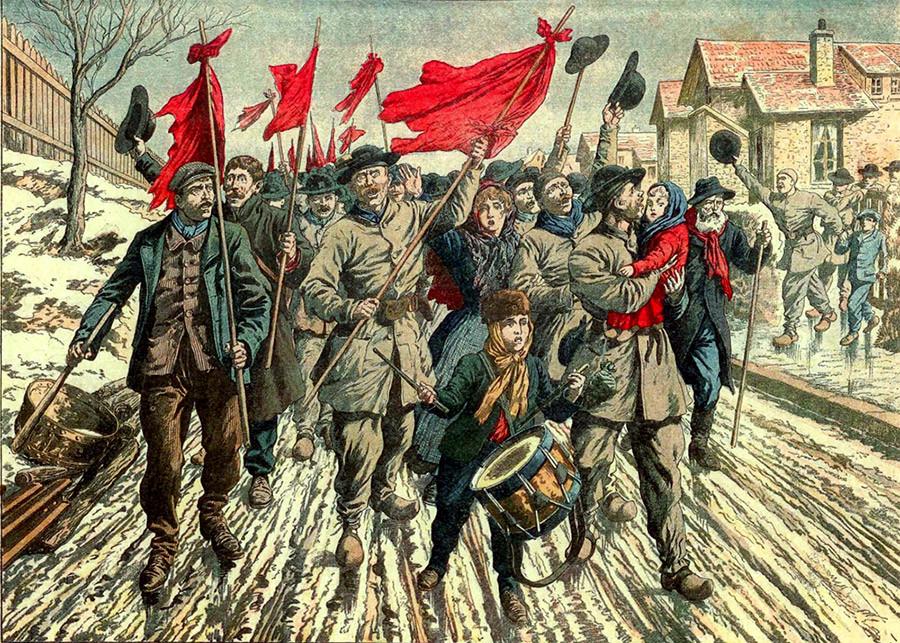 On July 17th, 1791, over 50,000 Parisians gathered at Champ de Mars to sign the petition for the removal of the king Louis XVI. The gathering went without any major upheaval, but nevertheless the National Constituent Assembly asked the National Guard to disperse the crowd. Jean Sylvain Bailly, mayor of Paris, then used the 1789 law and red flags were flown to sign a state of emergency. But the crowd refused to disperse. A conflict then ensued, and the guards fired into the crowd, killing over 50 people and wounding hundreds. 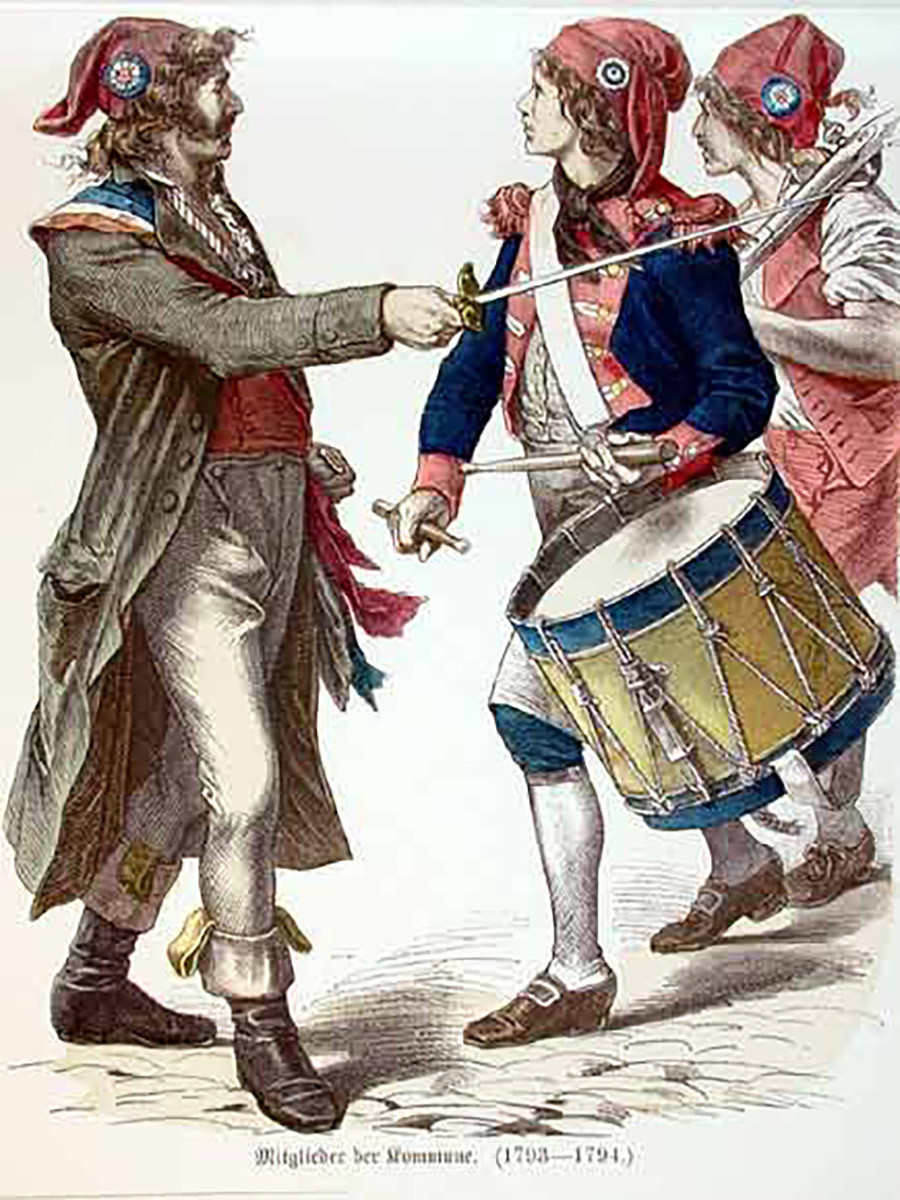 Since that time, the red flag, "stained with the blood of the martyrs", has become the emblem of the oppressed people, the revolutionary movement and the struggle of the working people for their rights. The red pileus (or Phrygian) caps, and red scarves became emblems of the Revolution due to their color.

In the 19th century, the red flag established itself as a revolutionary symbol. Since the main revolutionaries of the epoch were socialists and anarchists, it was they that appropriated the right to the red banner, which was raised where uprisings against the government broke out. 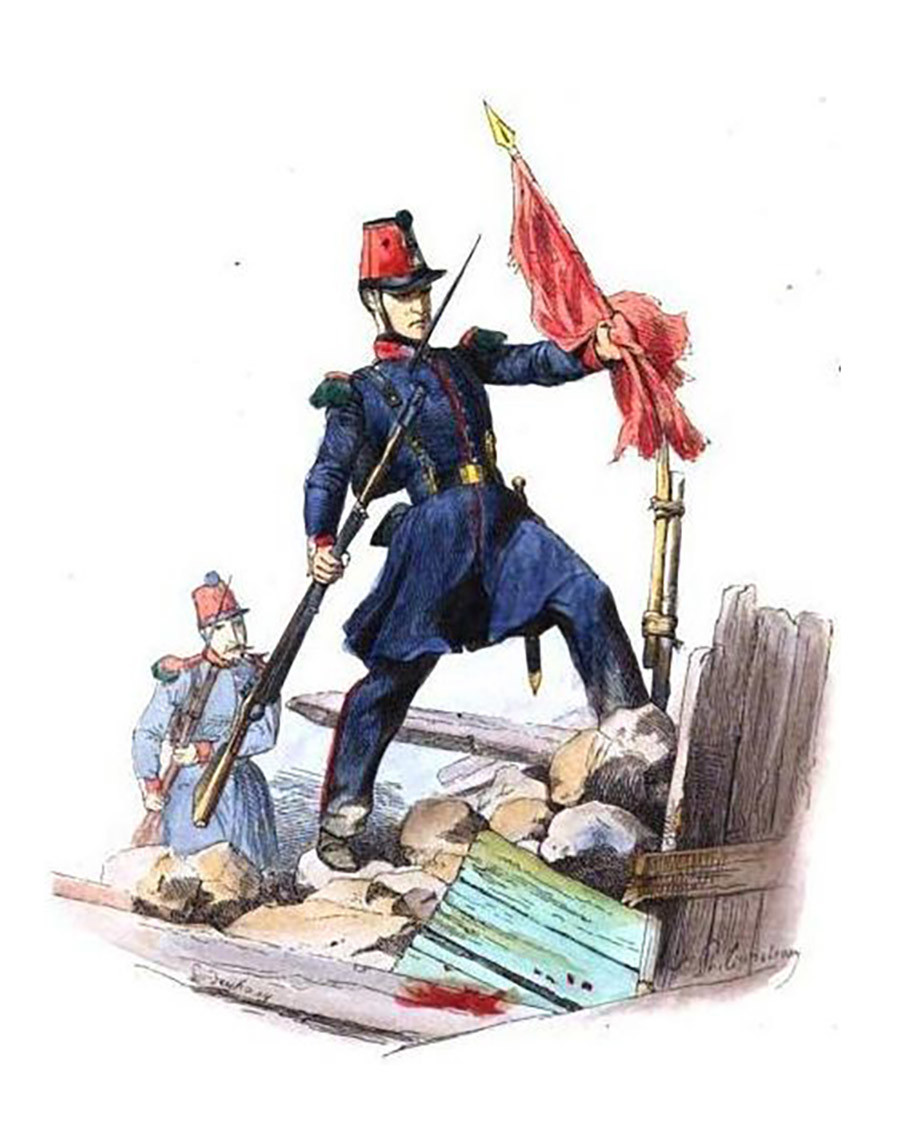 The scarlet banner with the inscription "Freedom or death" became the symbol of the Republicans in the French revolutions of 1832 and 1848. In Russia, the first time the red banner was used in an uprising was in 1861 in Penza region, during riots against the peasant emancipation reform. In 1905, the red banner was used as one of the symbols of the Revolution in Russia.

What does the red banner symbolize in Soviet Russia? 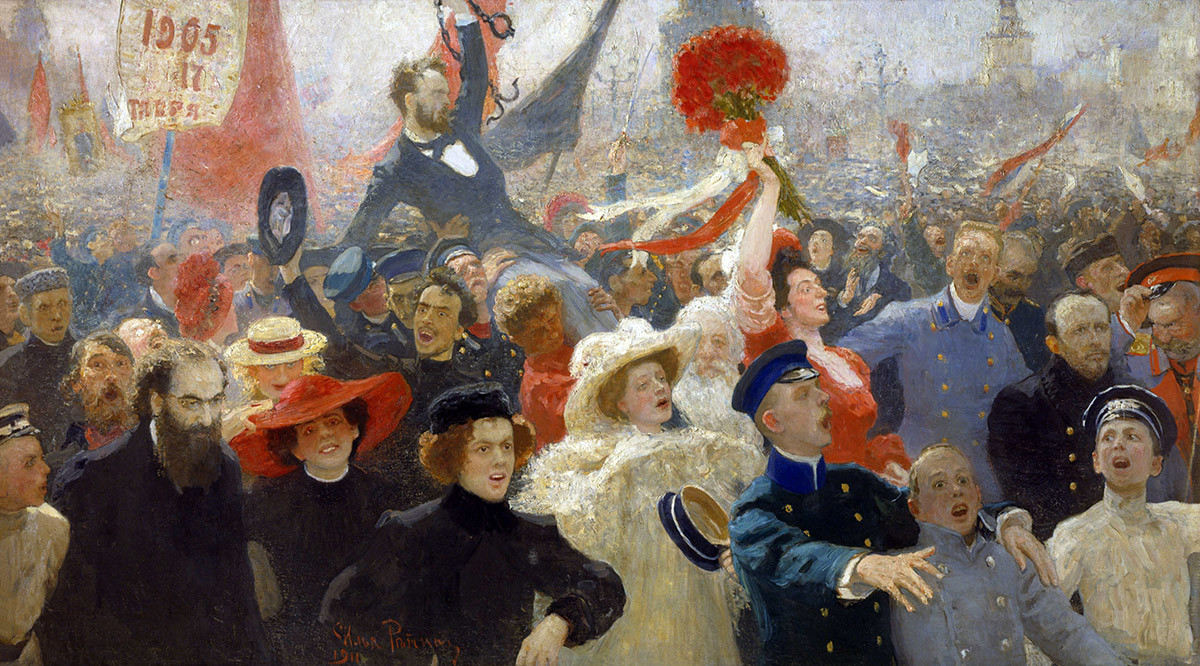 After the fall of the Russian Empire, the role of the state flag was performed by a rectangular red cloth that didn’t have any inscriptions or emblems. On April 8, 1918, while speaking at a meeting of the Bolshevik faction of the All-Union Central Executive committee, Yakov Sverdlov proposed to make "our battle flag our national flag." 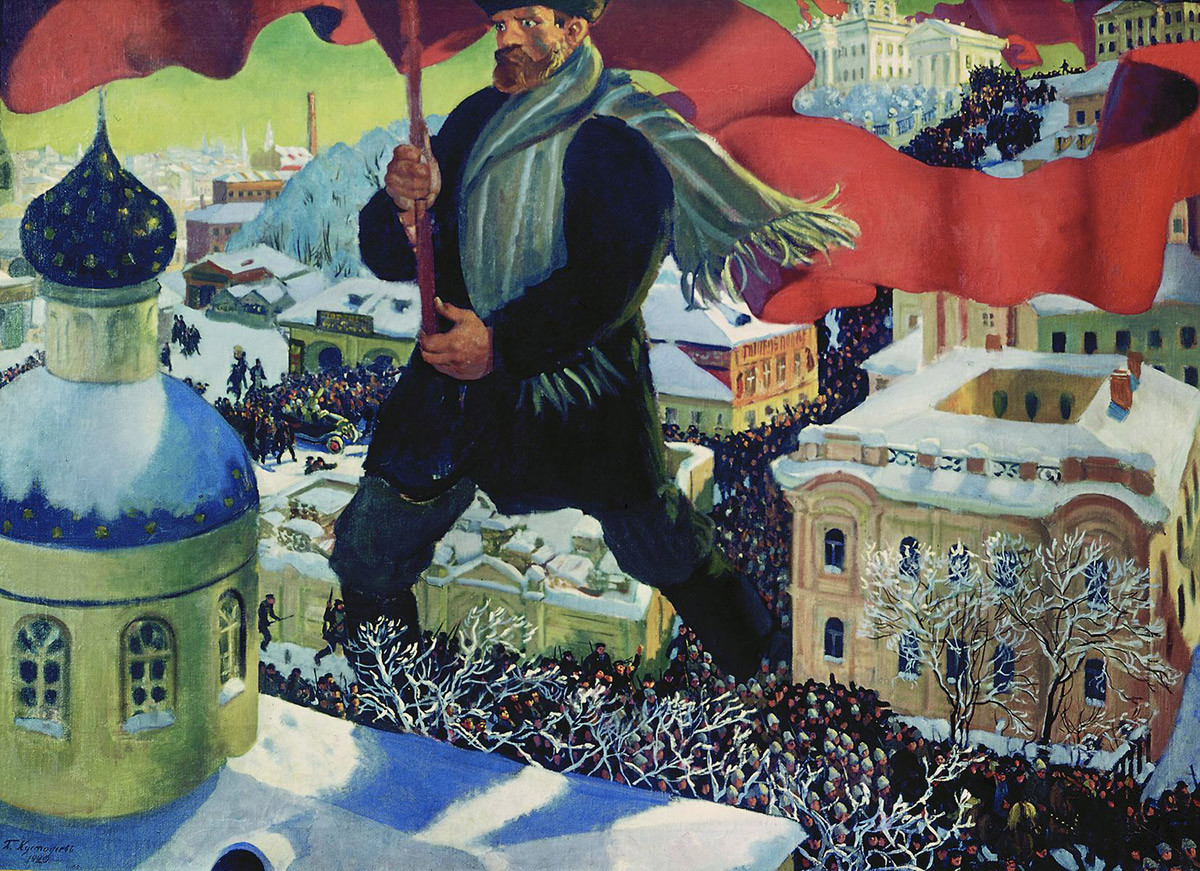 The proposal was adopted unanimously, and on April 14th, 1918 a Decree on the Banner of the Russian Soviet Federative Socialist Republic (RSFSR) was signed. Officially, the red color of the flag was to represent the heroic struggle of the Soviet people, led by the Communist Party, for the construction of socialism and communism.

In 1922, the red banner became the state flag of the newly formed USSR. On April 18th, 1924, the new design for the Soviet red flag was established, the one bearing emblems of hammer and sickle and the five-pointed star.

What does the ‘hammer and sickle’ emblem represent? 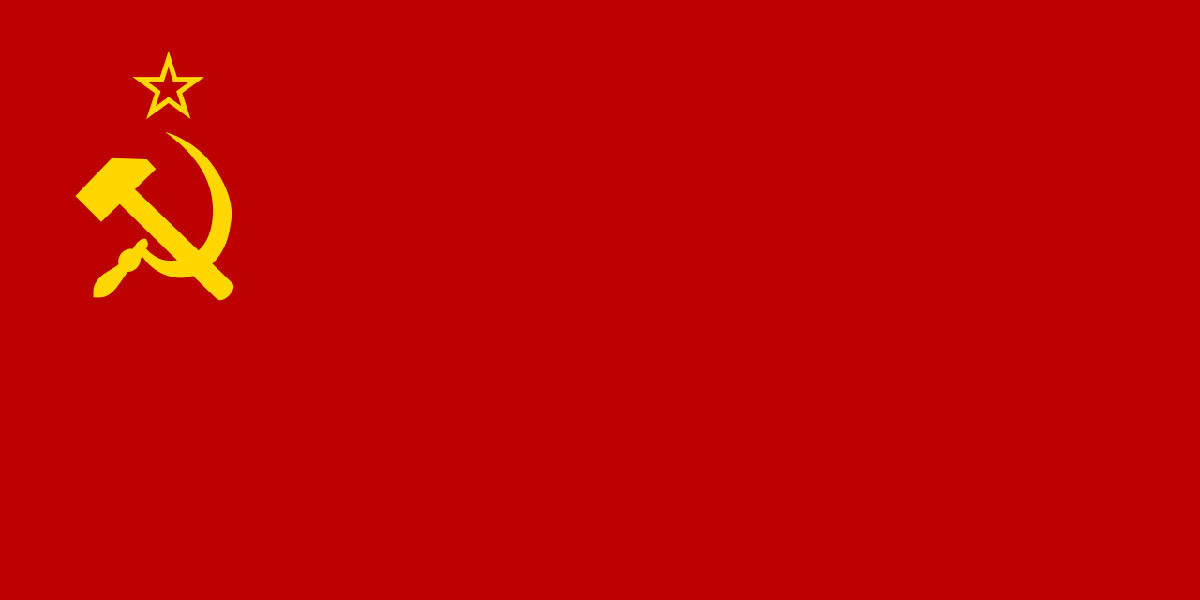 The emblem of hammer and sickle was the main emblem of the Soviet Union. It represented the union of the working class and the peasantry. Artist Eugene Kamzolkin (1885-1957) was the first to suggest using the crossed hammer and sickle to decorate one of Moscow’s districts to celebrate the 1st of May (Labor Day) in 1918. 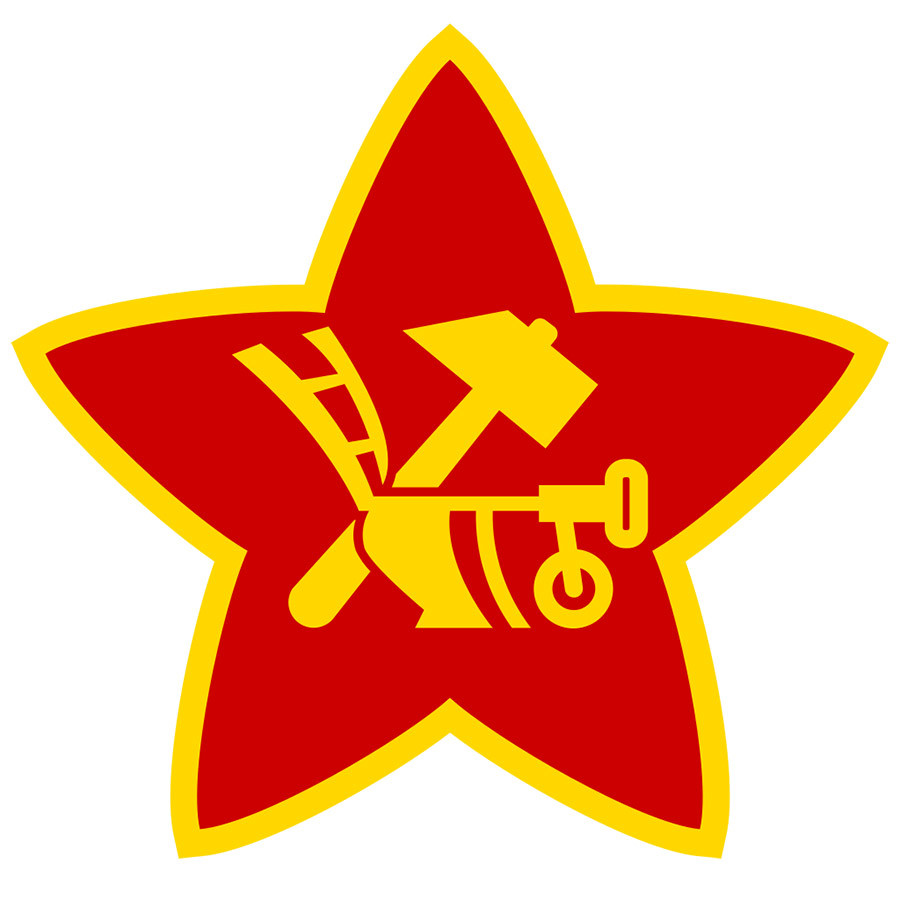 Earlier, another emblem had been used to denote the union of workers and peasants – a hammer and a plough, but it didn’t catch on. The hammer and sickle emblem was much more laconic, graphic and symbolic. The Soviet Constitution of 1924 established the hammer and sickle as a part of the State Emblem of the Soviet Union.

What does the five-pointed star mean? 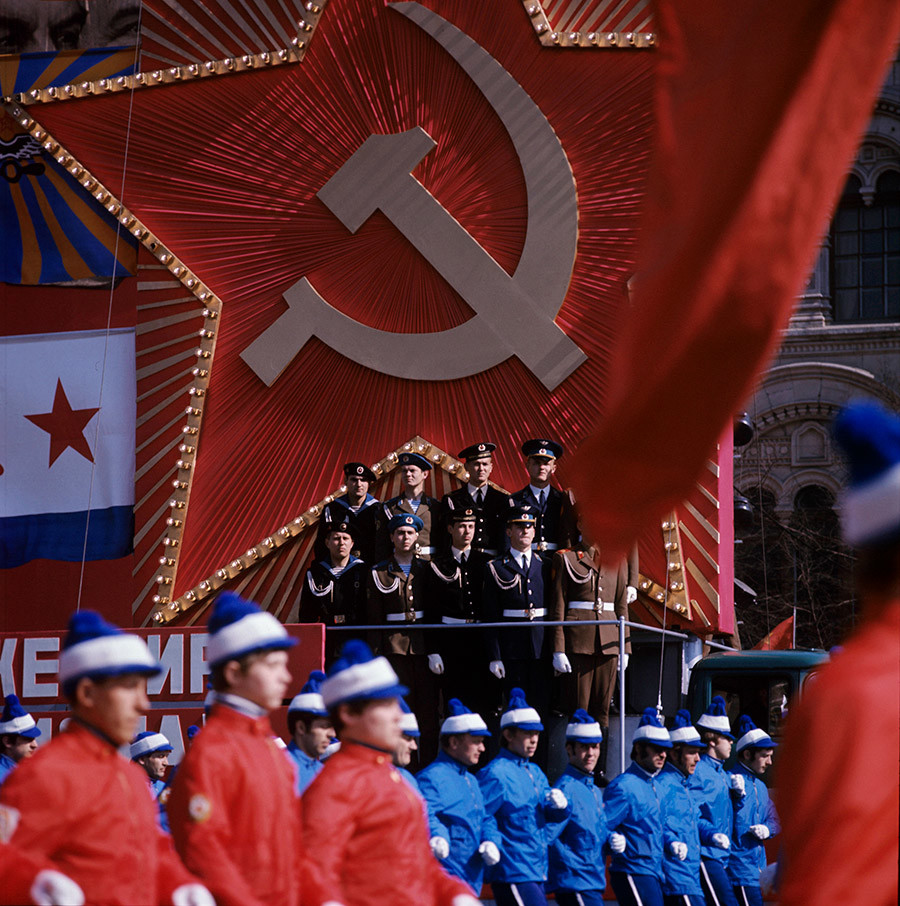 A celebratory demonstration on Red Square

The red five-pointed star on the flag of the USSR is a symbol of the ultimate triumph of the ideas of communism on the five (inhabited, excluding Antarctica) continents of the globe.

The five-pointed star first appeared as a military symbol in Tsarist Russia. It was then called the “Mars star,” reminiscent of Mars, the Ancient Roman god of war. On January 1, 1827, the law was signed that put a five-pointed star on the epaulets of officers and generals. In 1854, the star began to be used on shoulder straps. Later, the five-pointed star with a two-headed eagle inside it was used to mark military trains and carriages. 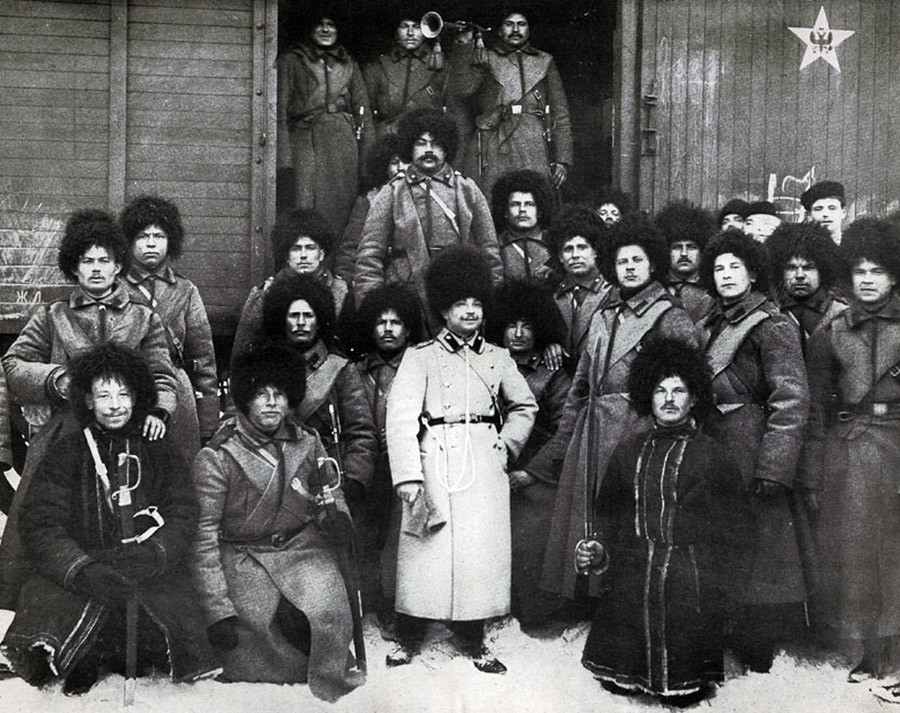 Five-pointed star can be seen on the train car, upper right corner.

In Soviet Russia, the five-pointed star symbolized the protection of peacetime labor by the Red Army (again, like in Ancient Rome, where Mars was also the protector of the agricultural workers).

In 1918, the drawing of the badge for the soldiers of the Red Army in the form of a red star with a golden image of a plough and a hammer in the center was approved. The star symbolized protection, while the plough and the hammer were read as a union of workers and peasants. By the 1920s, the red star began to be used as an official symbol of the state, and finally in 1924, it became the part of the Soviet flag and the official emblem of the Soviet Union.