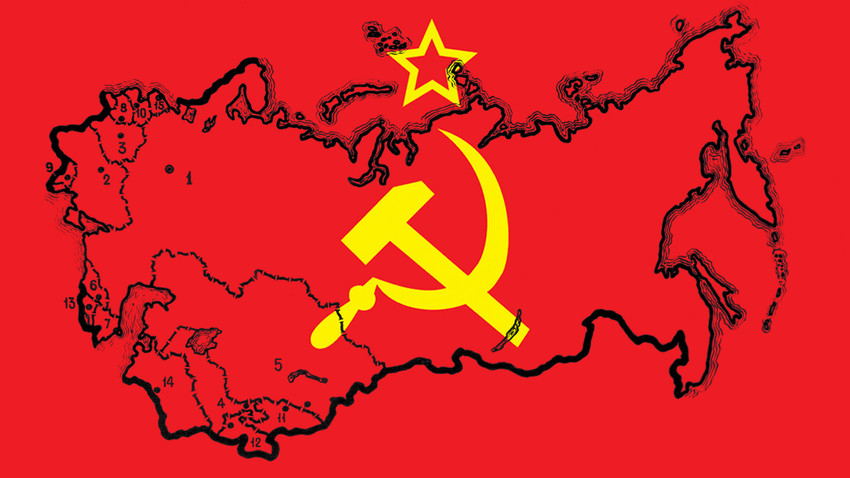 Russia Beyond (Photo: Sputnik)
During the 70 years of the existence of the Union of Soviet Socialist Republics, the number of constituent parts changed, but most of the time there were 15 of them. Here is the list.

Over time new republics joined, and by 1956 the final total of 15 was established.  In 1991 the Soviet Union collapsed and its 15 republics became independent countries. Here’s the list of the Soviet Socialist Republics in the order they are named in the Soviet constitution of 1977. The order actually reflects the population at the time of the creation of the republics. 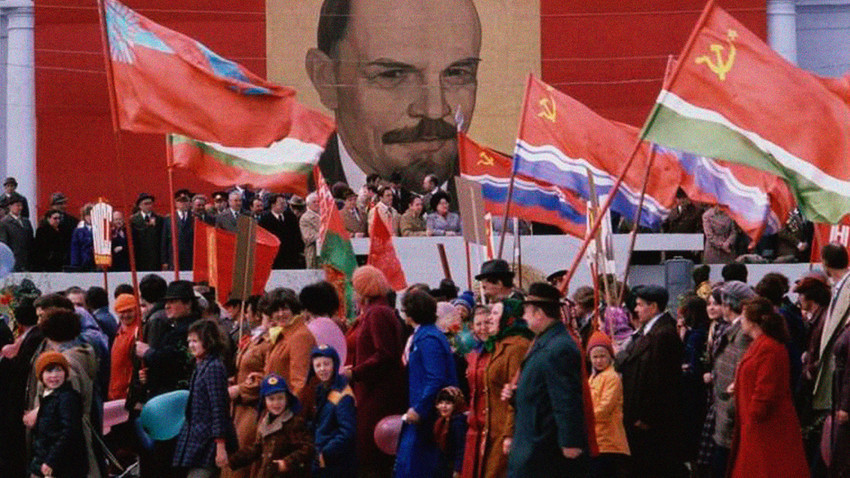 A demonstration in Moscow

The Russian republic that appeared after the 1917 Revolution and the fall of the Russian Empire, was actually the cradle of the future Soviet Union. The Bolsheviks even moved the capital to Moscow to underline that a new state had been formed. RSFSR had a complicated inner structure with several autonomous republics within it. And after the collapse of the Soviet Union, the Russian Federation was formed with almost the same federal structure as it had before. And it was Russia that was to become the legal successor of the USSR.

Read more about what was wrong with life in the USSR and what was the best thing about it. 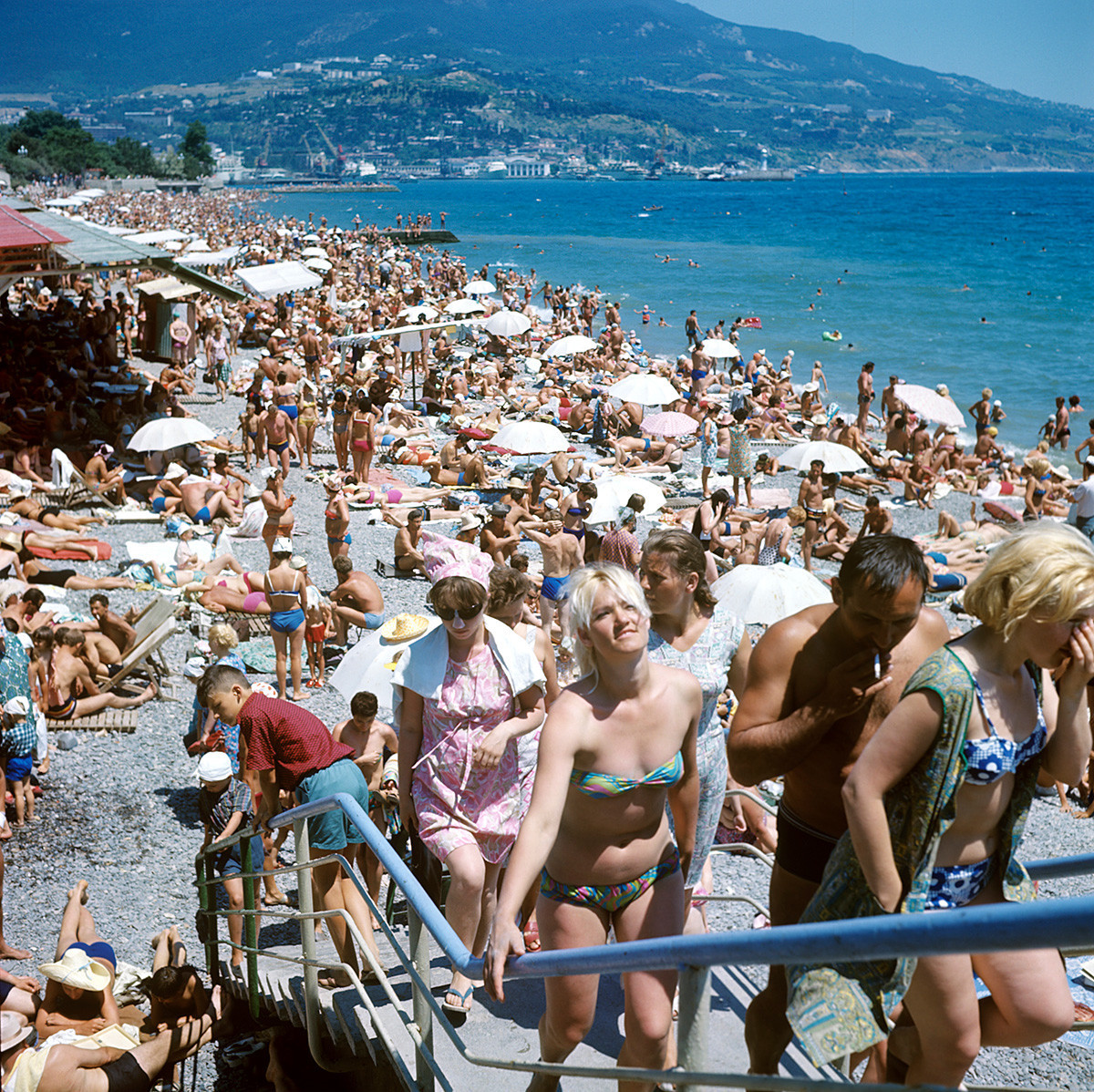 Ukraine’s capital Kiev was the first Russian capital and is considered to be the ‘mother of Russian cities’. Ukraine was also a long term part of the Russian Empire, but after the Revolution acted like an independent state. In 1940 and after World War II Ukraine’s territory was expanded.

Read more on what life was like in Soviet Ukraine. 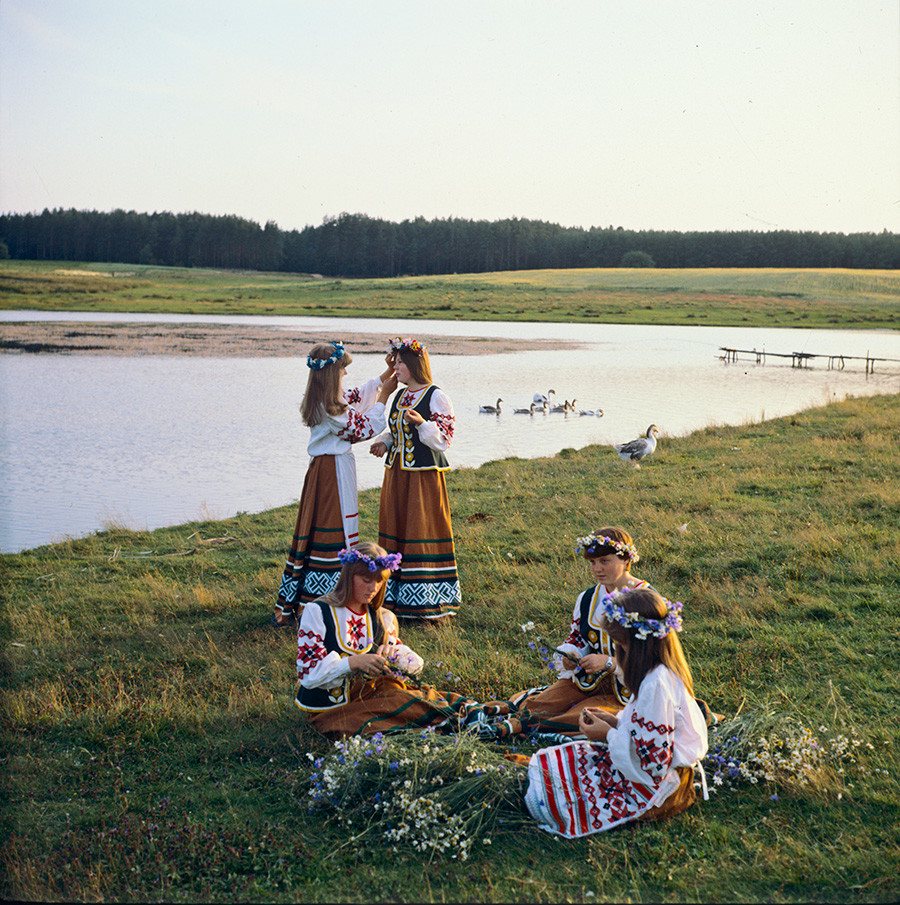 Ivan Kupala Day at the State Museum of Folk Architecture and Life outside Minsk, 1989

Historically, part of Belarus belonged to the Polish-Lithuanian Commonwealth, and part to the Russian Empire. The Belorussian republic first appeared in 1919 after its territory was freed from German occupation during World War I. So it became another ‘founding father’ of the USSR and got its new capital, Minsk. The final borders of the country were formed after World War II.

Read more on what life was like in Soviet Belarus. 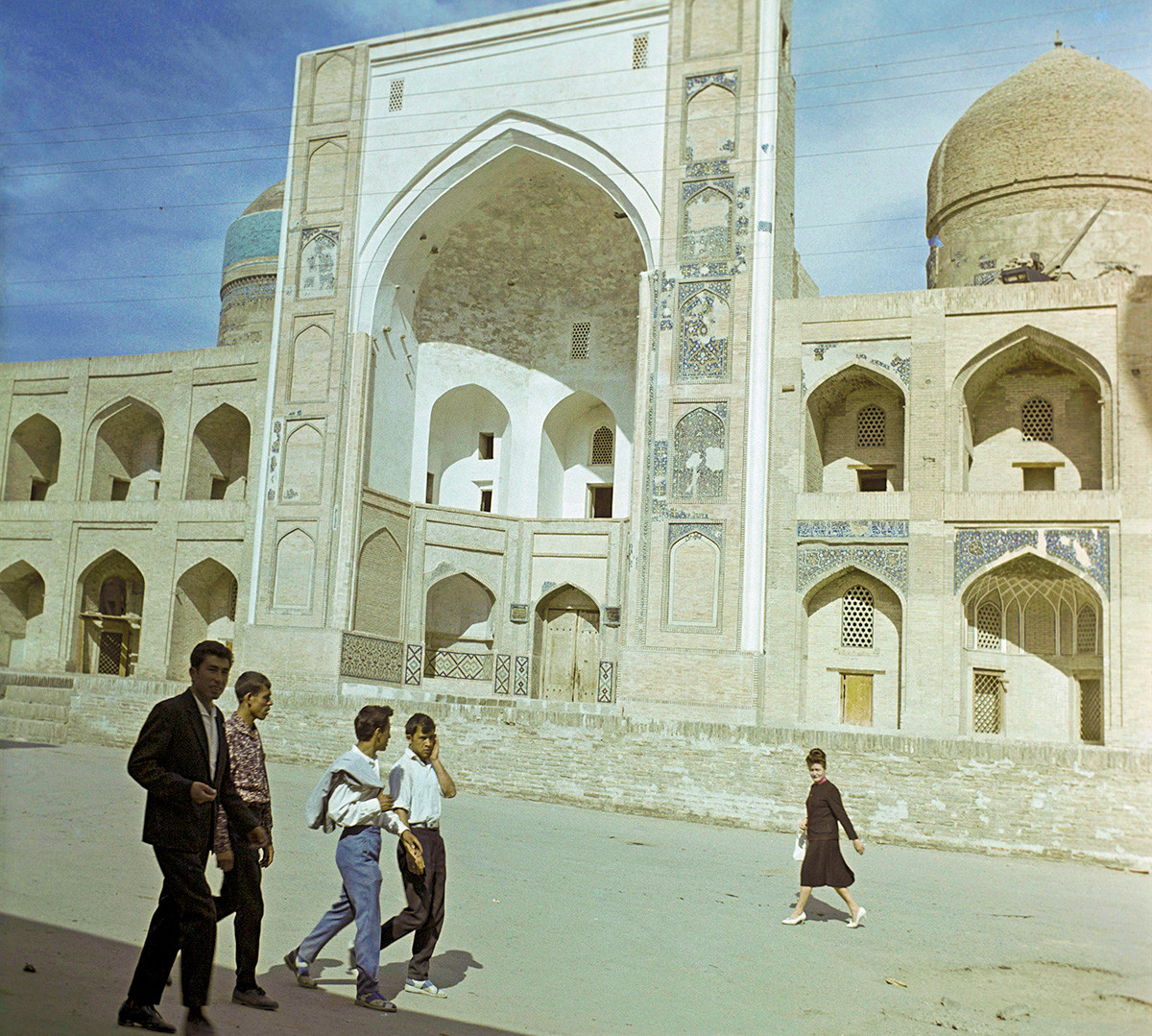 Within a year Soviet authorities committed to a new national delimitation, and fresh territorial units were formed based along ethnic lines, including the Uzbek republic which firstly had a capital in Bukhara, then in Samarkand and from 1930 finally in its current capital, the city of Tashkent. 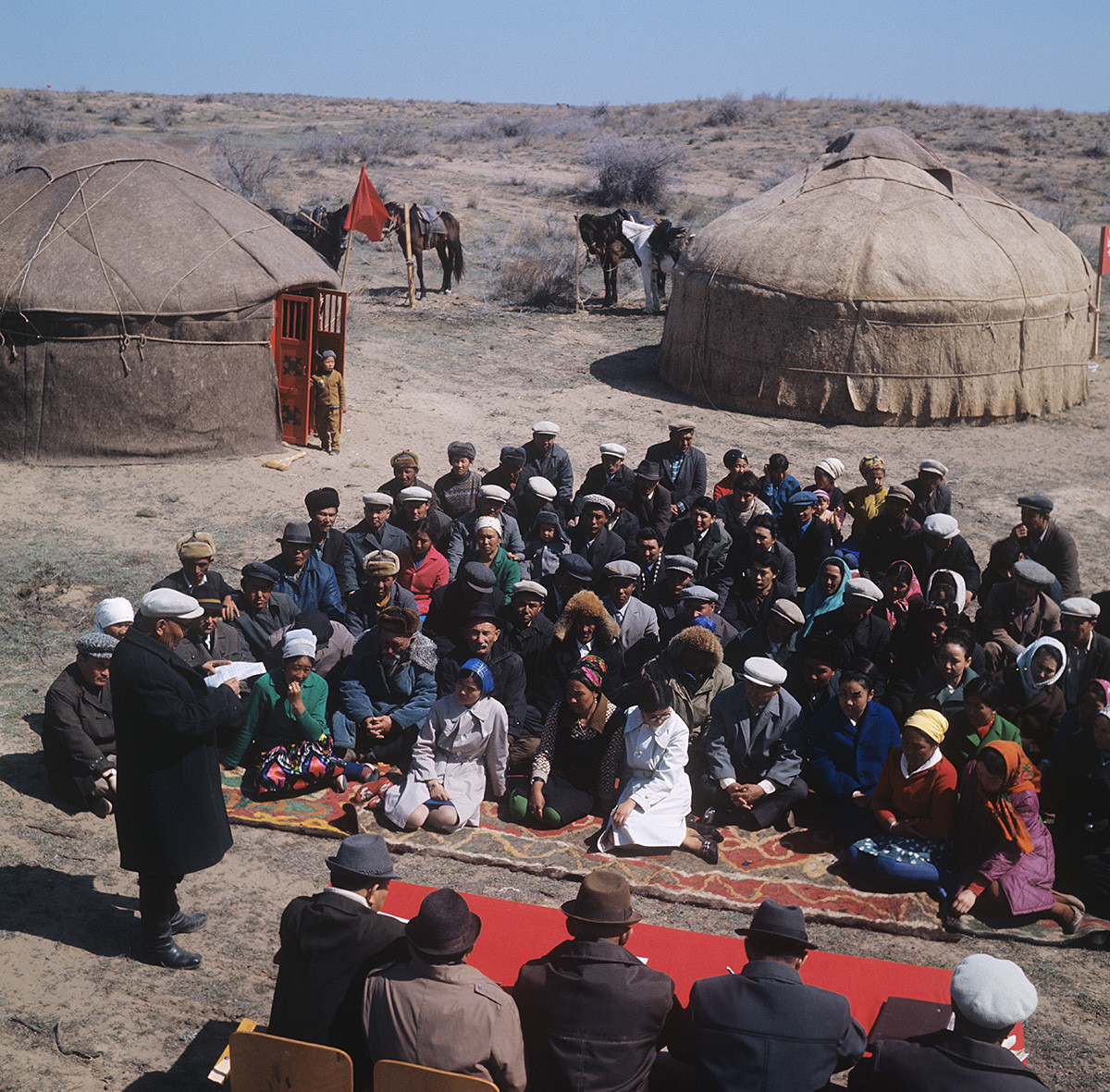 The territories of the Soviet Kazakh republic and the current Kazakhstan used to be part of Russia. After a range of different autonomies, in its place, the Kazakh republic finally appeared as a separate republic during the national delimitation of Soviet Central Asian territory in 1924. The city of Almaty became the capital in 1929. 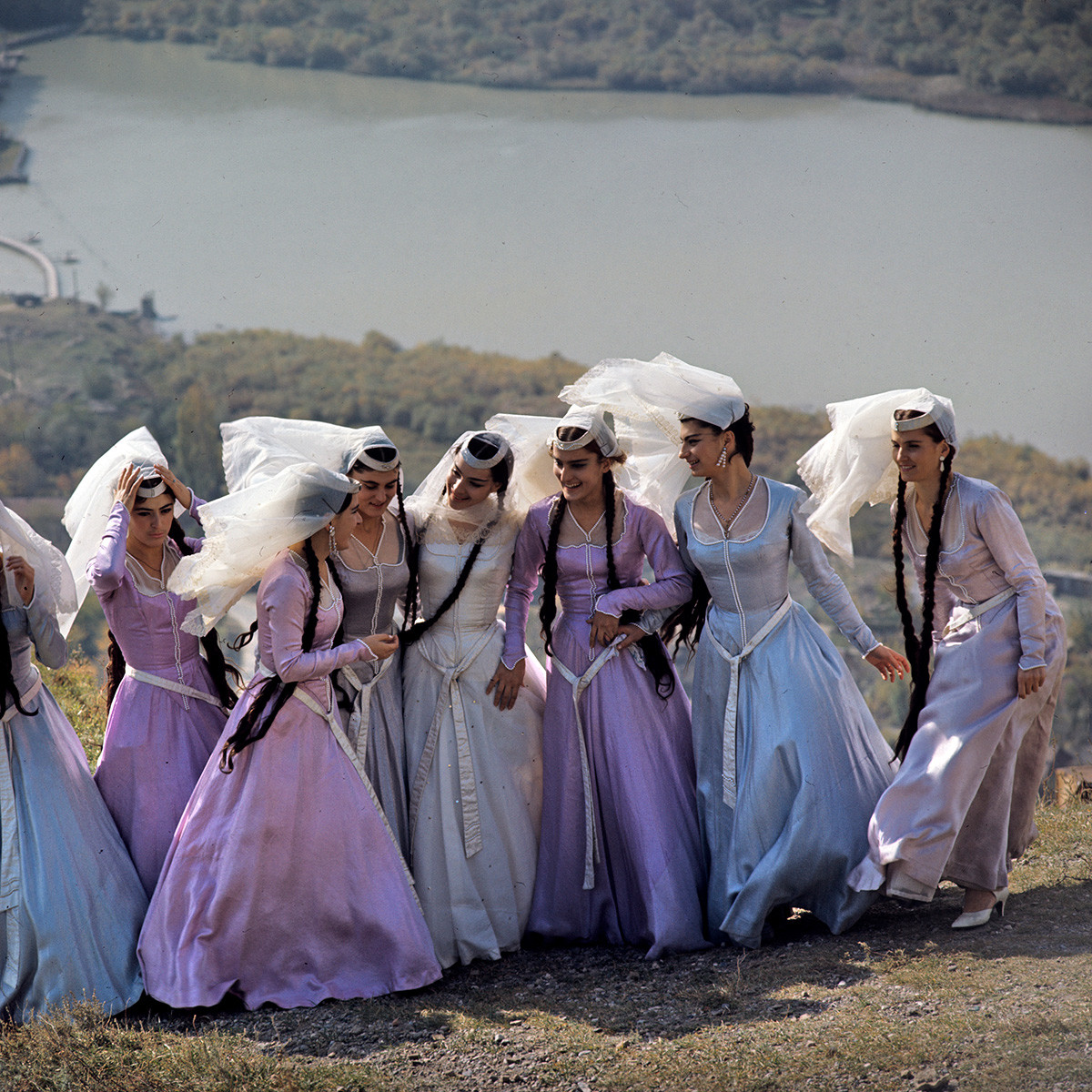 Georgia has been part of the Russian Empire since 1801. After the revolution, it joined the Transcaucasian Soviet Federative Socialist Republic which became one of those which founded the USSR. Later, in 1936, Transcaucasian republic was separated into three Soviet Socialist republics: Azerbaijan, Armenia and Georgia.. At the same year its capital Tiflis was renamed Tbilisi, which it still retains. 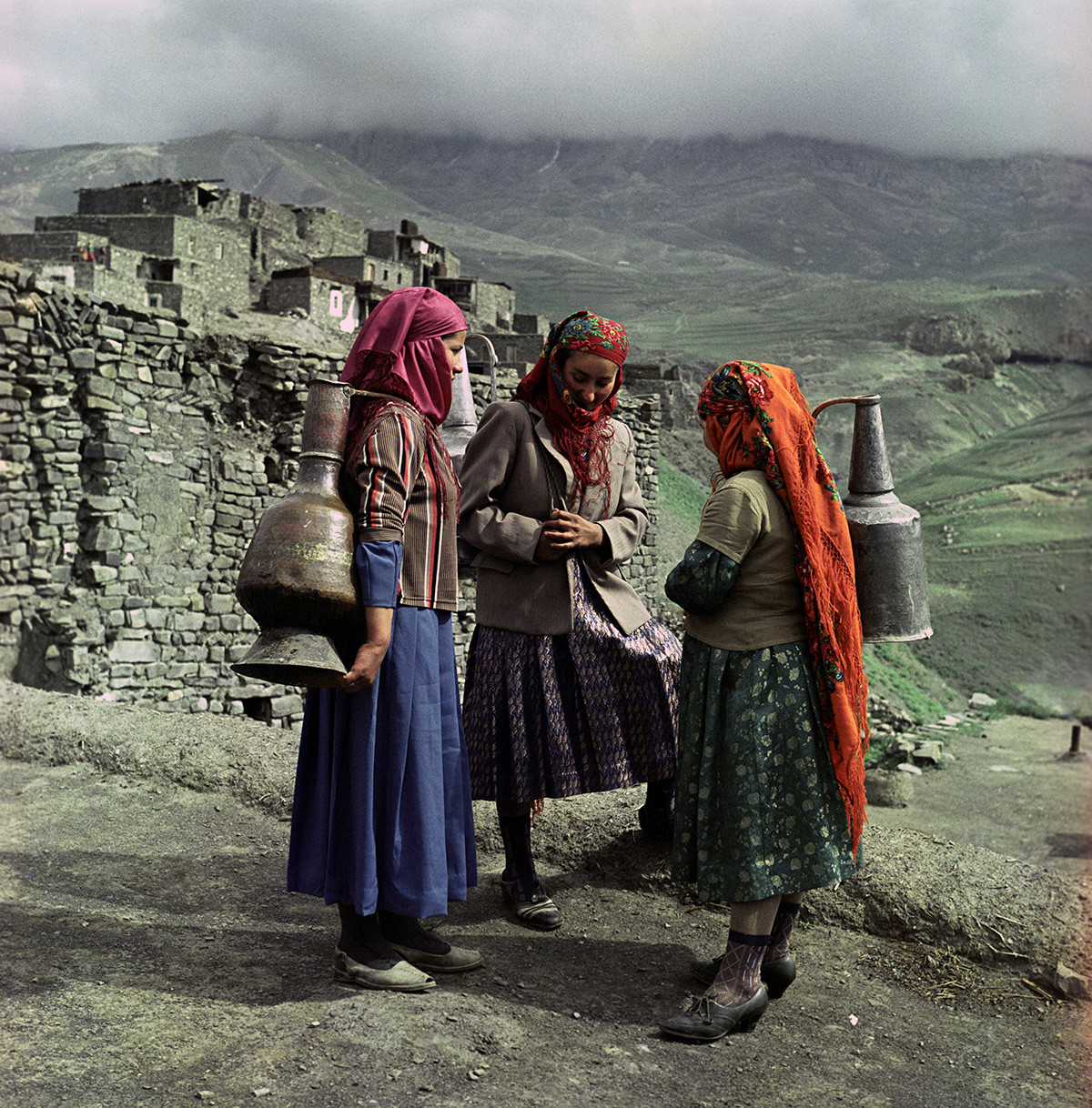 Azeri women in a mountain village

The Bolsheviks seized power in Azerbaijan in 1920, and with the help of local party members. The republic was initially independent, but in 1922 joined the Transcaucasian Soviet Federative Socialist Republic that formed the USSR. And just like the Georgian republic, Azerbaijan appeared during the division of the Transcaucasian in 1936. The capital is Baku.

Read more about the life in Soviet Caucasus Republics 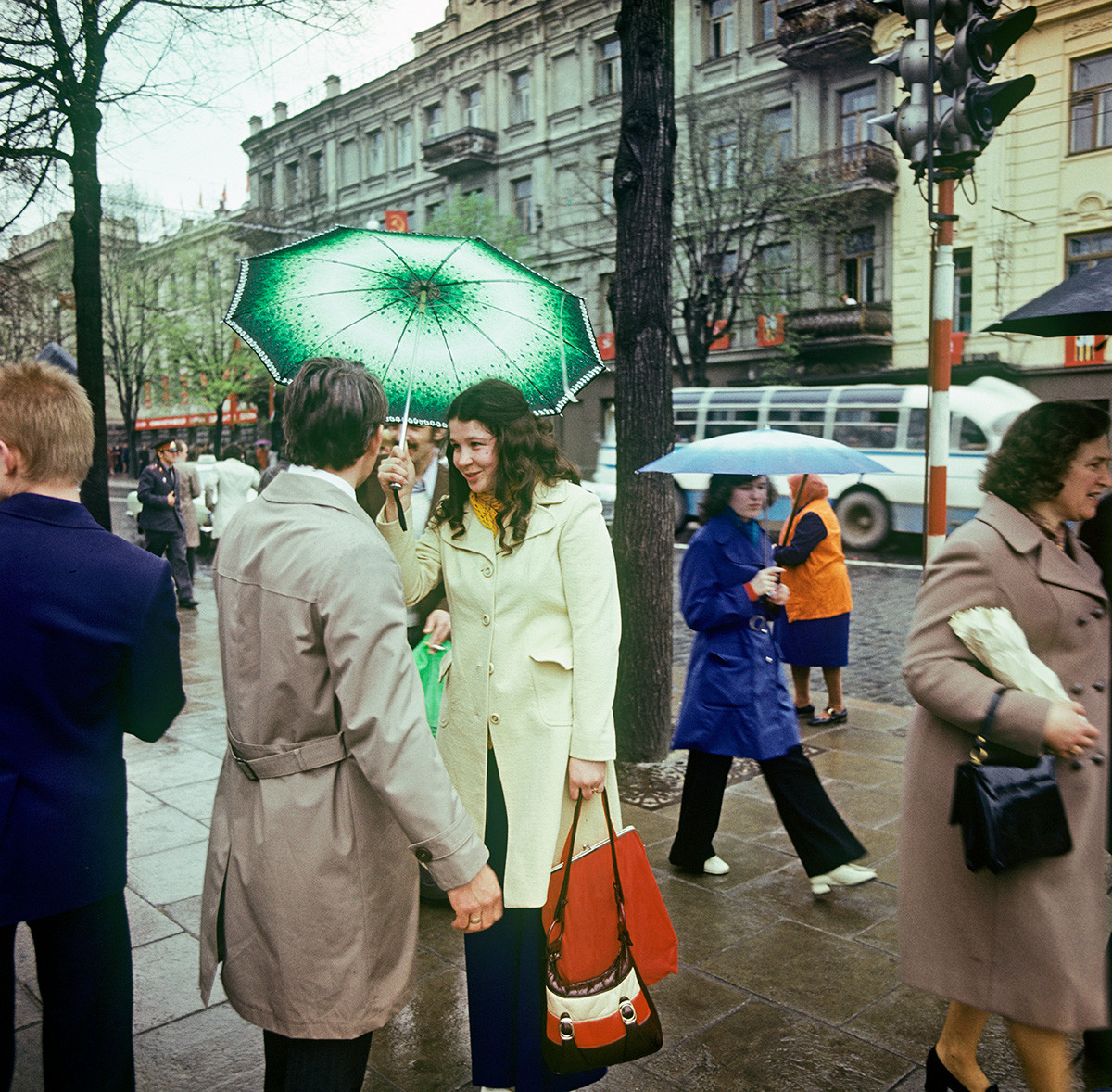 The Baltic countries Lithuania, Latvia and Estonia were the last republics to join the USSR. The large territory of Lithuania became part of the Russian Empire during the partitions of the Polish–Lithuanian Commonwealth. After Germany's occupation of Lithuania during World War I, the country gained independence. With the beginning of World War II, to prevent the appearance of Nazi troops on the border with the USSR, Soviet authorities forced Lithuania to sign the Soviet–Lithuanian Mutual Assistance Treaty. The Red Army entered the country, which was considered an occupation by Lithuanians. In 1940 the Lithuanian SSR was declared with the capital in Vilnius.

Read more: How Lithuania conquered half of Russia 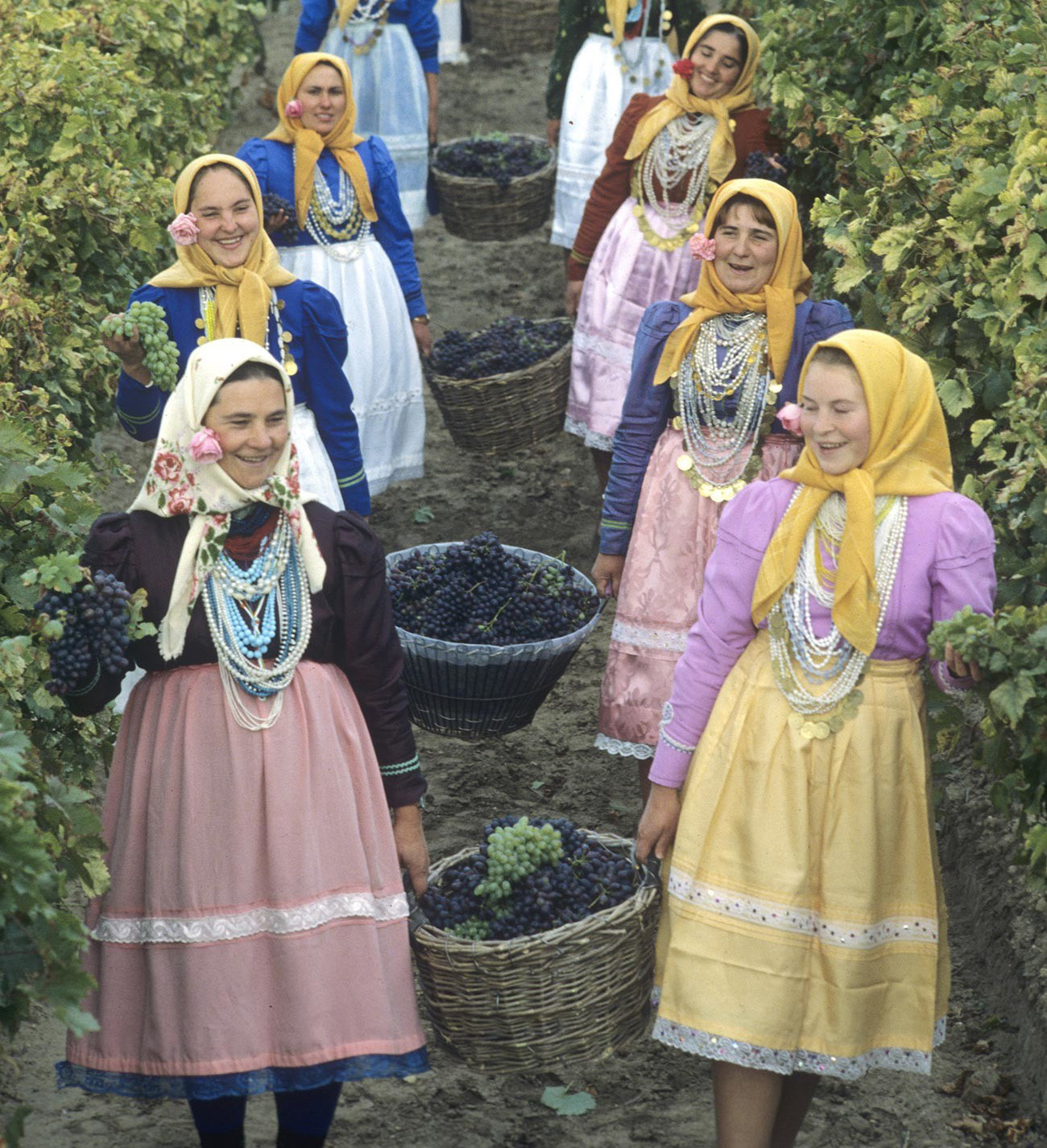 Grape harvest in a Moldavian village, 1982

Moldavia joined the USSR just before the Baltic countries, in early 1940. The republic was formed from the territory of Bessarabia. Historically, in the 19th century it was part of the Russian Empire, but after the 1917 Revolution, it became a Romanian territory. The Soviet government asked for it back, and to avoid conflict, Romania agreed. 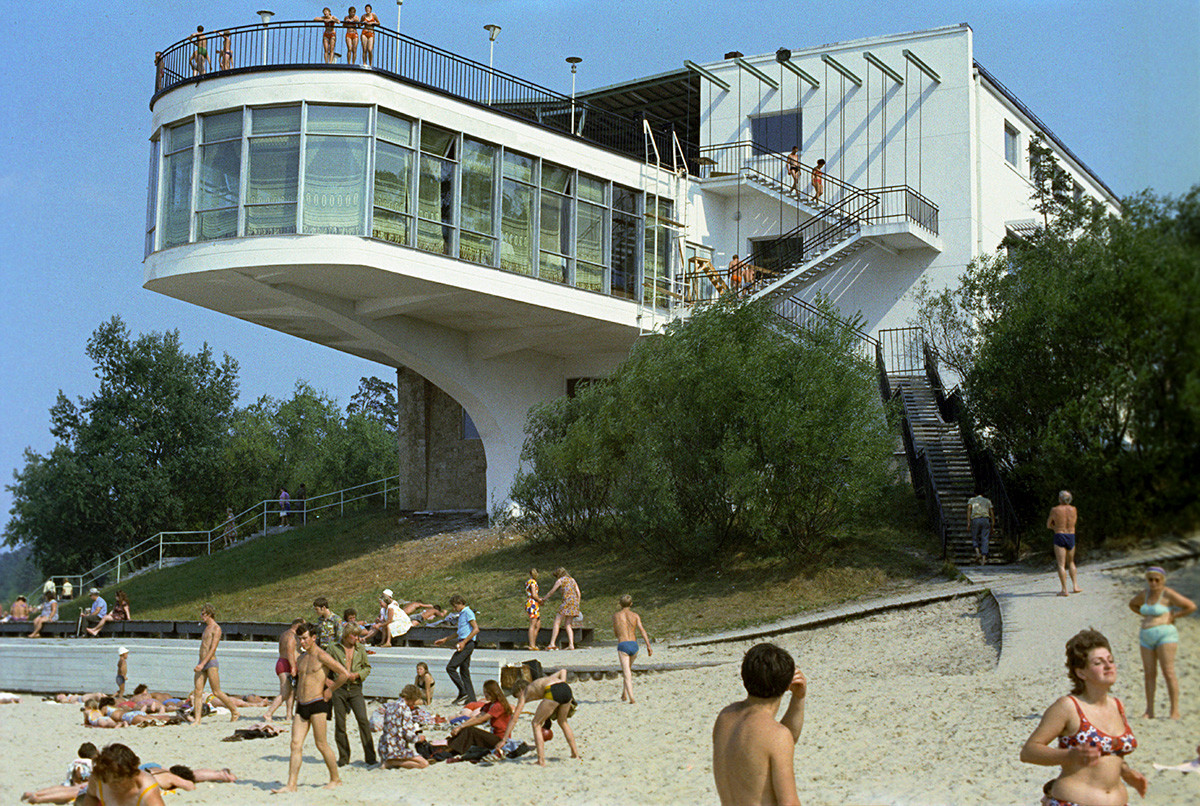 The Governorate of Livonia used to be part of the Russian Empire, and just like Lithuania it was occupied by the Germans in World War I. A Latvian republic appeared in 1918, but was independent until 1939. As a result of the Molotov–Ribbentrop non-aggression pact, Latvia was secretly declared a Soviet sphere of influence. When the Nazis started World War II, Soviet authorities issued an ultimatum to Latvia to let the Red Army into the country. In 1940, the Latvian SSR with its capital in Riga joined the Soviet Union.

Read more: Why the Baltics was a great place to live under the Soviets 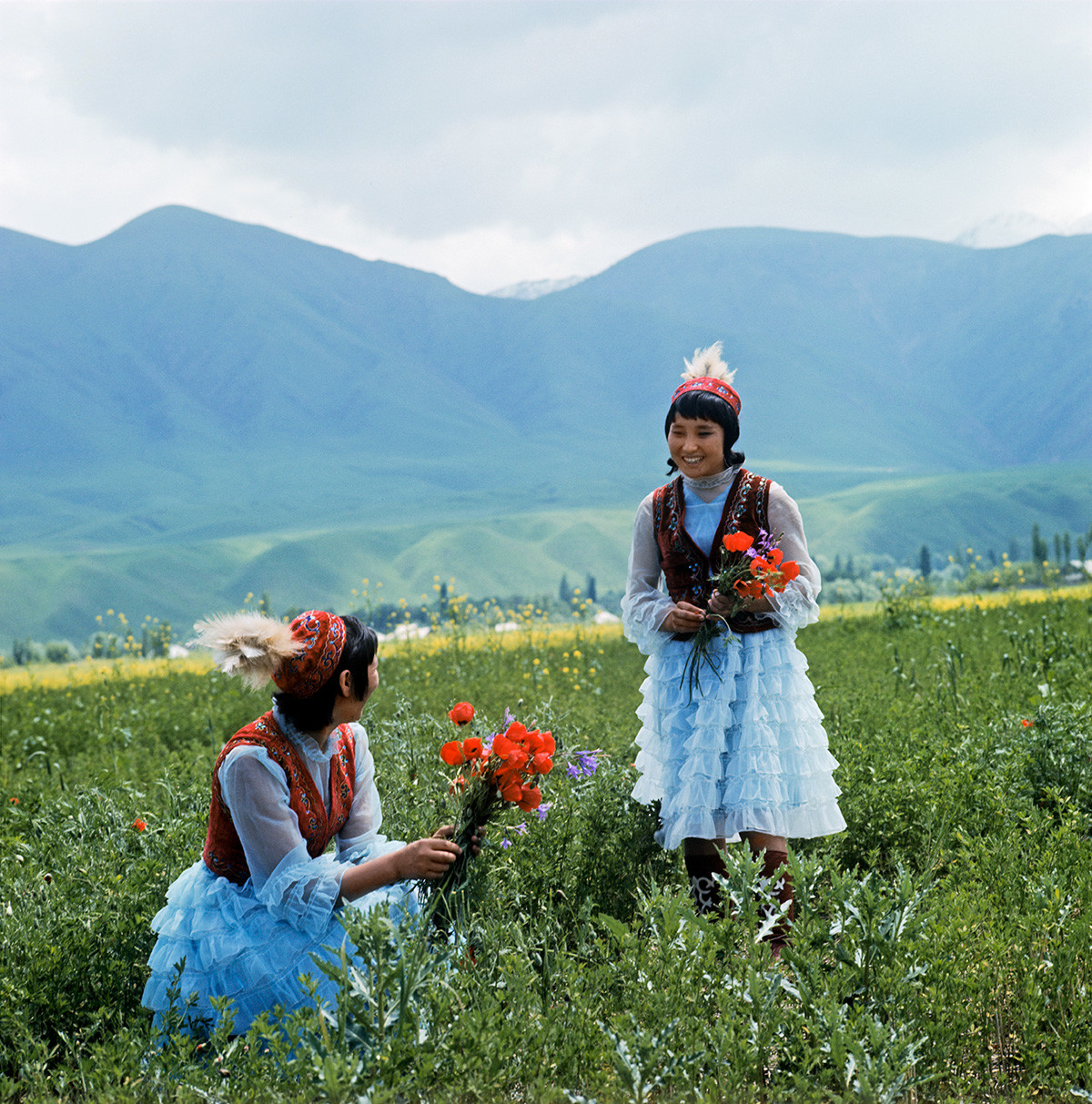 The territory of modern Kyrgyzstan was an autonomous part of the RSFSR, but in 1936 it became a separate Soviet Socialist Republic, achieving the first statehood of the Kirghiz nation in modern history. The capital, Pishpek, in the Soviet times was named Frunze after a famous Bolshevik revolutionary born there; after the collapse of the Soviet Union, the city got its modern title, Bishkek.

Read more: Why do some Russians look Asian? 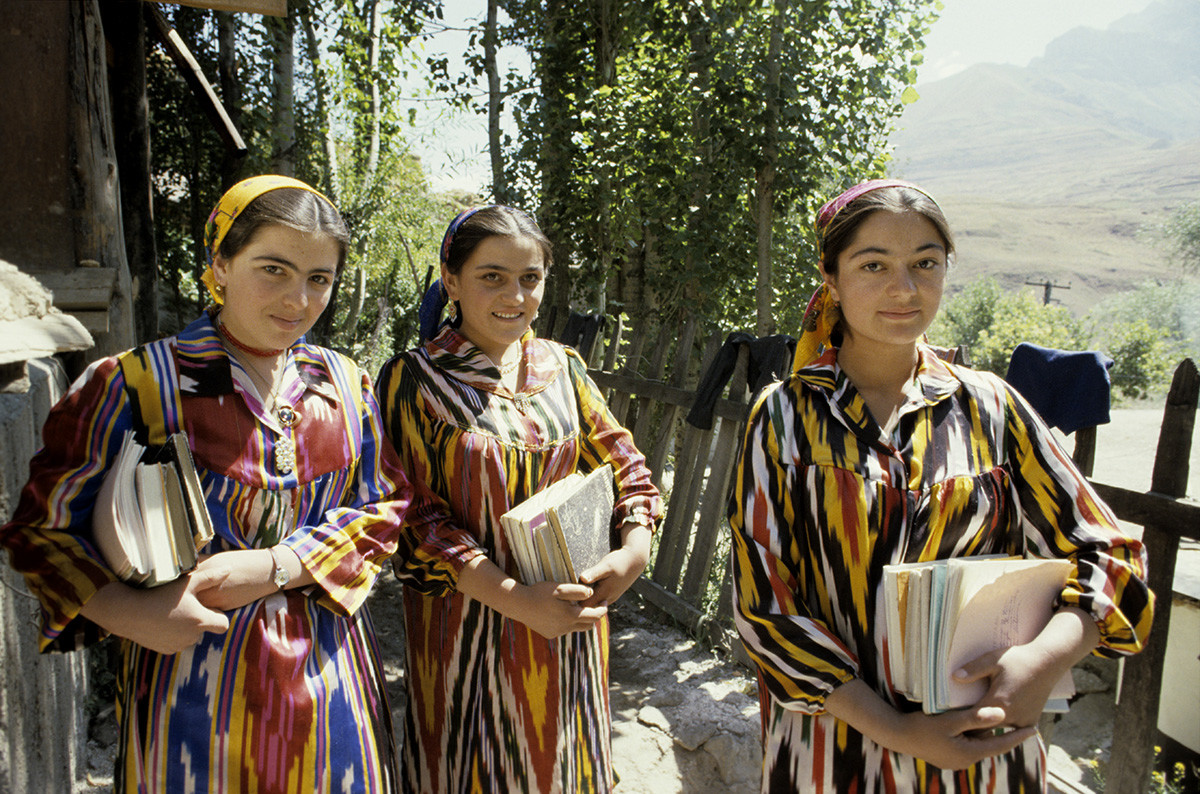 The Tajik autonomous republic was formed in 1924 as part of the Uzbek SSR, but in 1929 it became a fully-fledged Soviet Socialist Republic of the Union. Between 1929-1961, the capital, Dushanbe, was named Stalinabad, after Joseph Stalin.

Read more: How cotton led to the collapse of the Soviet Union 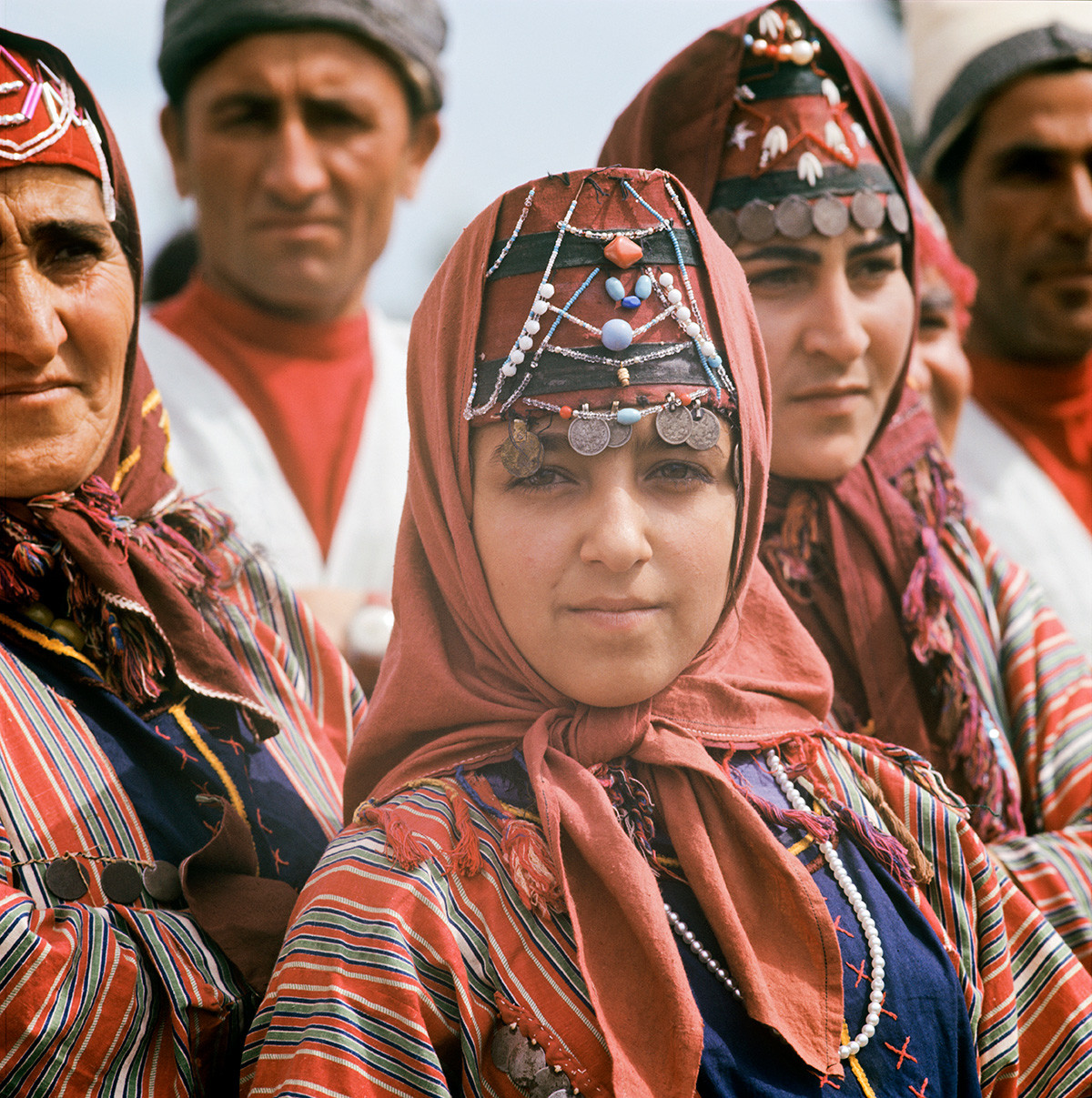 Some territories of modern Armenia joined the Russian Empire in the 19th century. After the 1917 Revolution, Armenia and its capital, Yerevan, became part of the Transcaucasian Soviet Federative Socialist republic and became a separate republic after its division in 1936, alongside Georgia and Azerbaijan.

Read more: How did Armenia become a part of the Russian Empire? 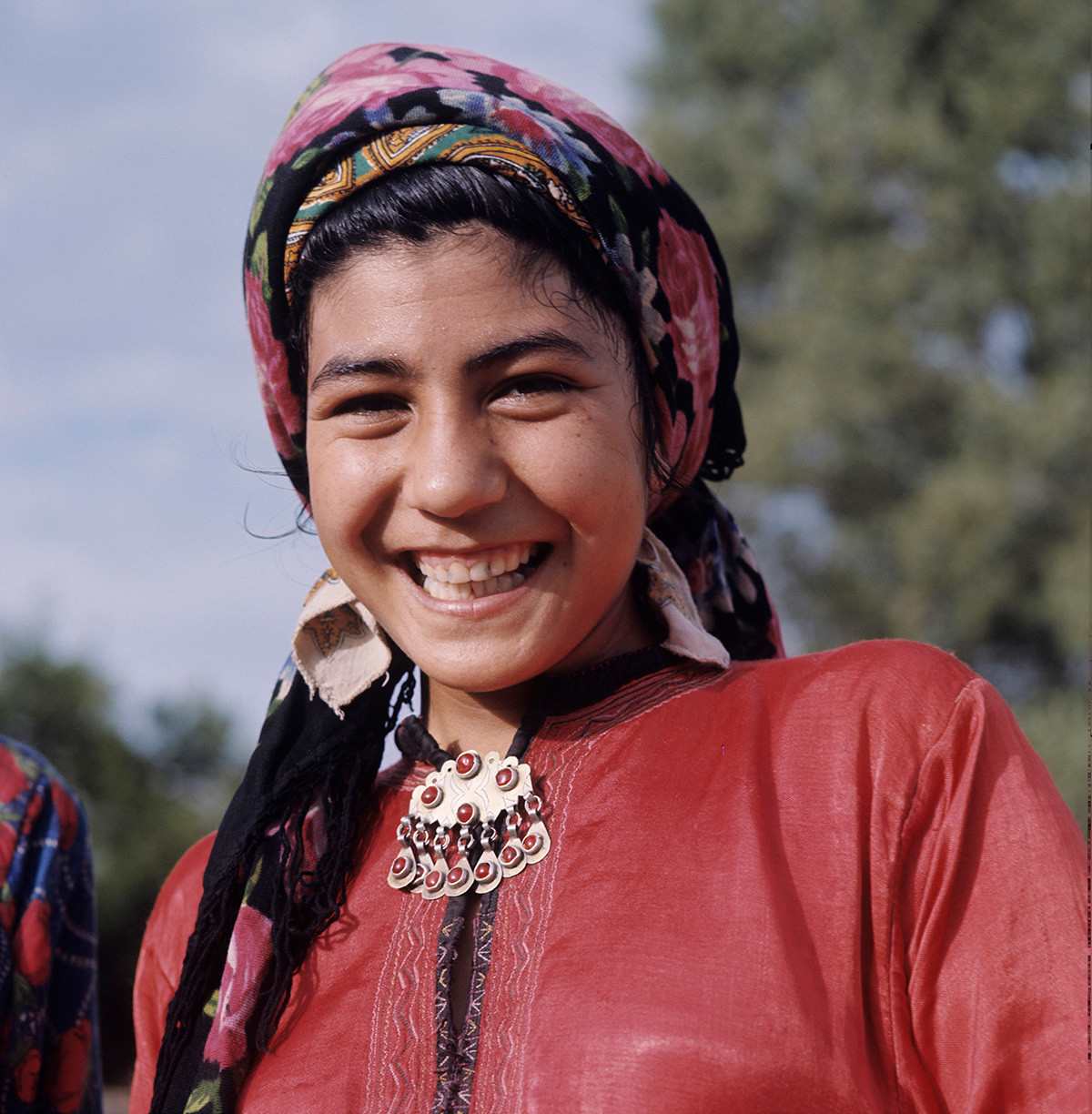 A school student in Ashgabat

The Turkmen Soviet Socialist republic with the capital in Ashgabat was formed in 1924 after the Soviet national delimitation of the former Bukharan People's Soviet Republic and the Khorezm People's Soviet Republic. (See point 4 above, about the Uzbek republic above, which appeared at the same time). Now Turkmenistan is one of the most closed countries in the world.

Read more on what life was like in Soviet Central Asia. 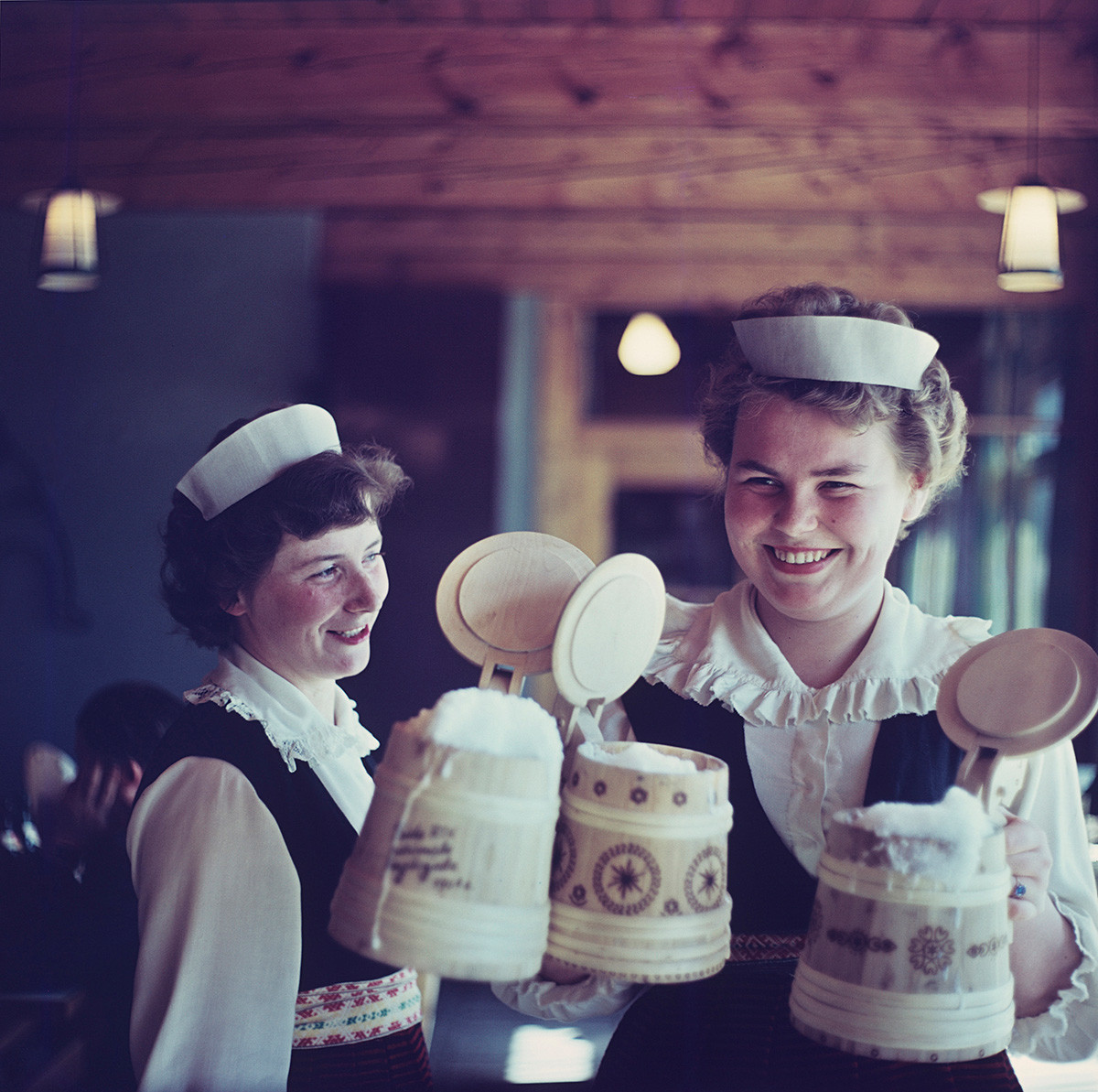 A pub in Tallinn

The Governorate of Estonia with its capital Reval (modern Tallinn) was, from 1721,  part of the Russian Empire. After the Revolution this third Baltic state became an independent country. It too  joined the Soviet Union in 1940, after the Soviet–Estonian Mutual Assistance Treaty was signed in 1939 and the Red Army entered the country. Estonians consider this action as a Soviet annexation.