Everything you should know about the USSR 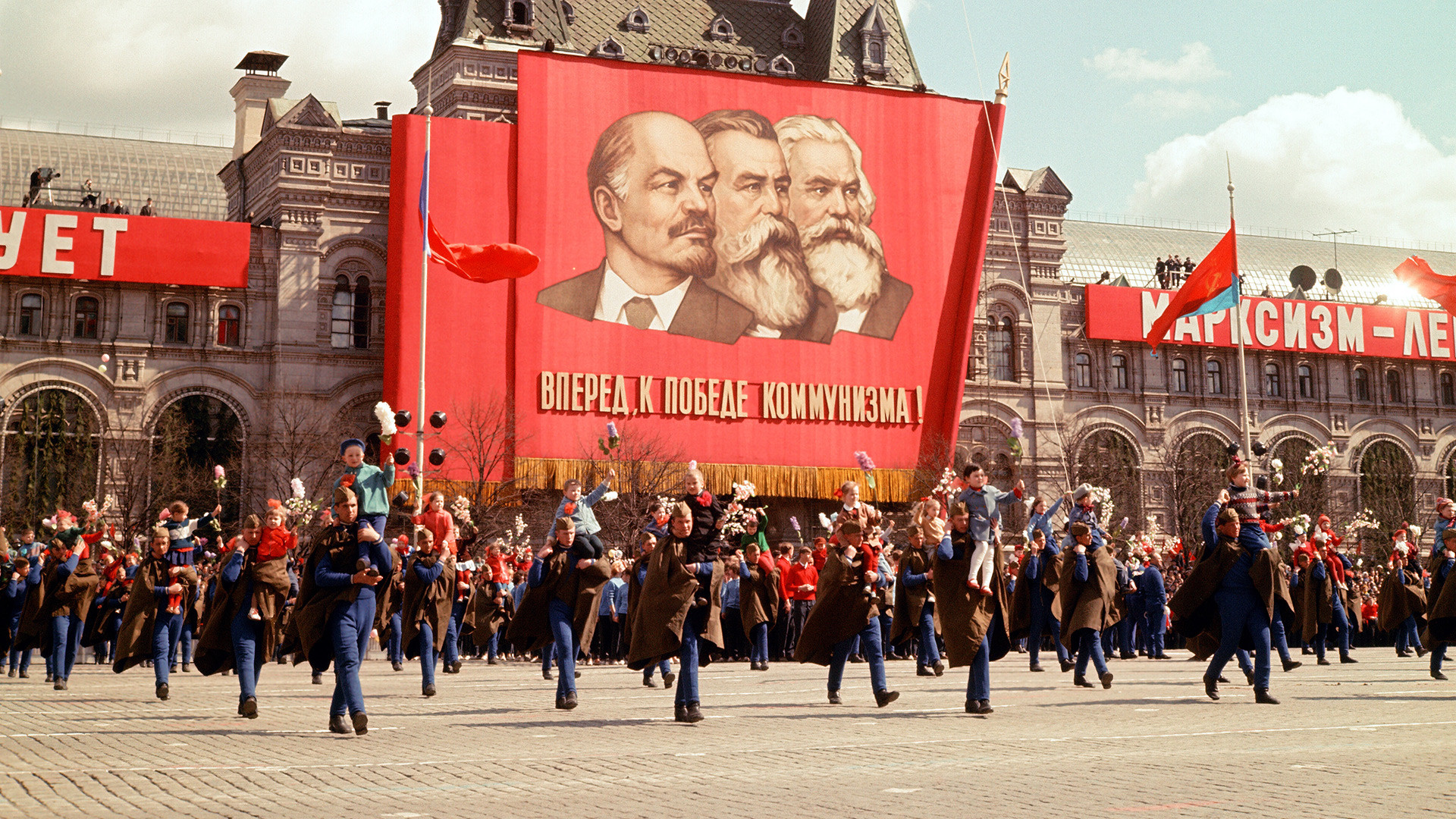 Getty Images
We at Russia Beyond cover this extremely fascinating time of history often, so we’ve put together your guide to the Soviet Union with our most noteworthy articles.

Let’s start with the very beginning. How on Earth did the Russian Empire completely disappear and a totally new country be born instead? 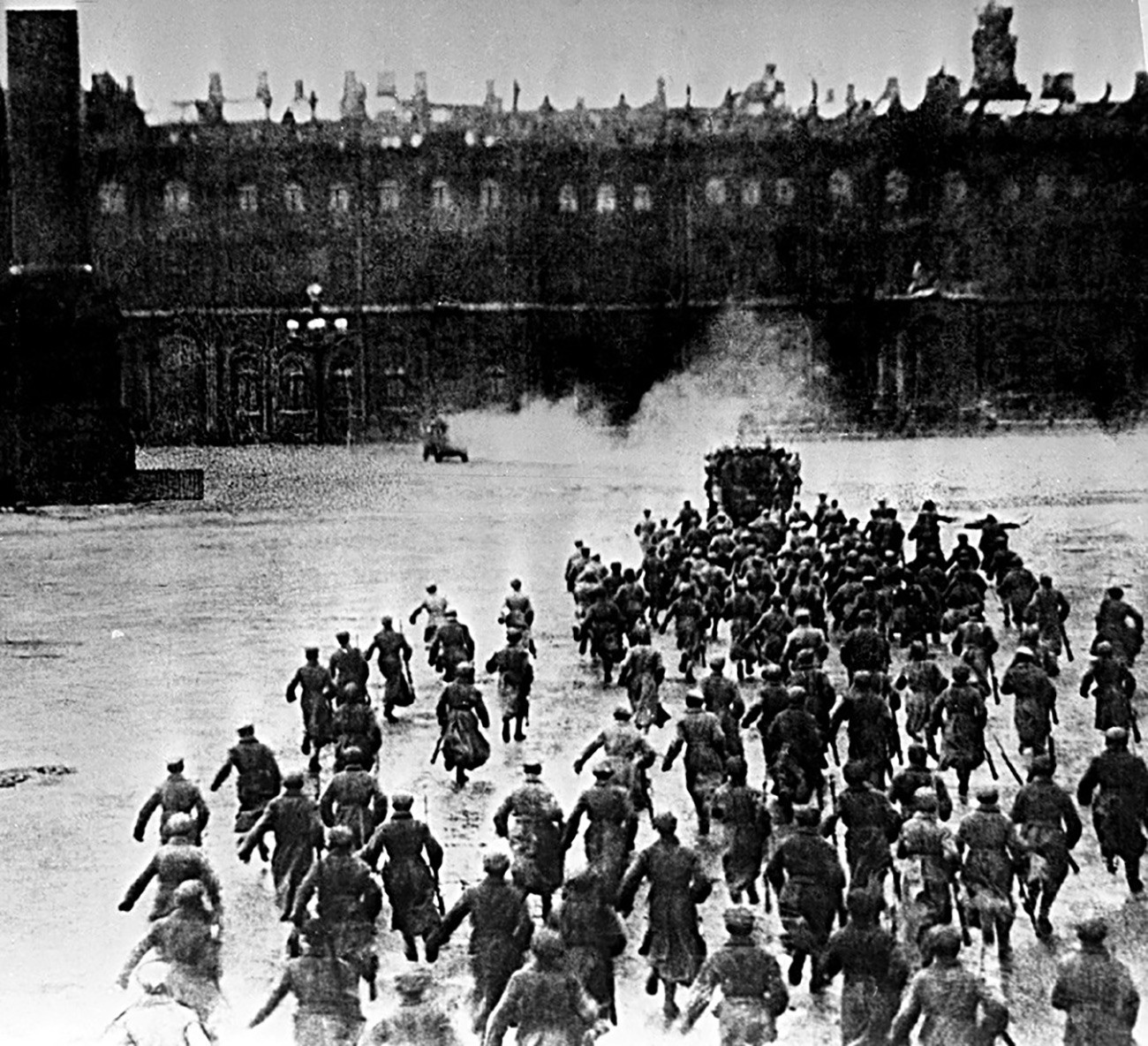 Probably the first thing you ought to know is why a revolution at all happened in Russia and how it came to be. Read our extensive and compelling article about the reasons behind the Revolution and the timeline of events here. By the way, riots in Russia had already begun in 1905 and Bolshevik Revolution in 1917 was considered the third one! 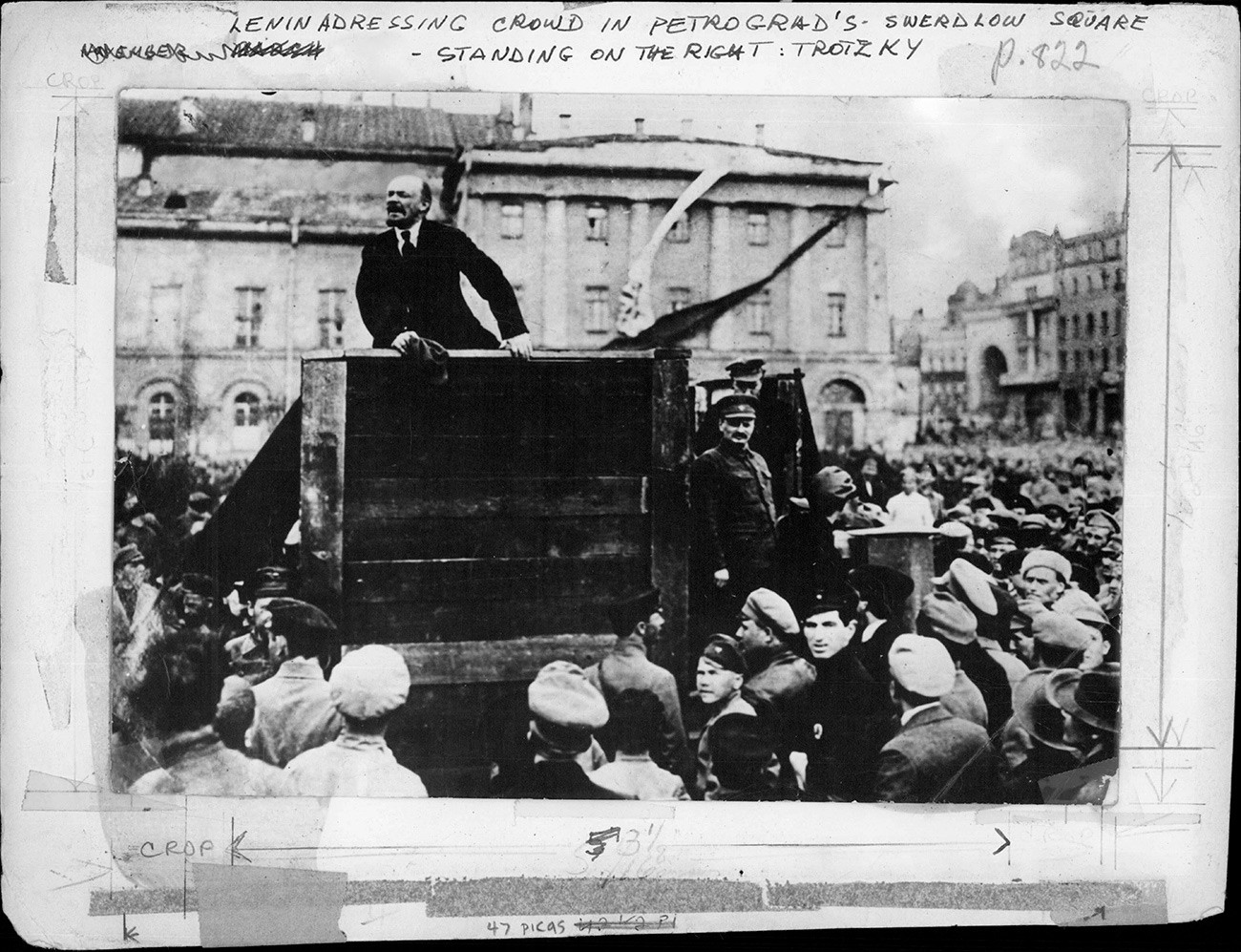 It’s also interesting to find out how Vladimir Lenin became a leader of the Revolution (spoiler: almost by accident). He then went on to become a demigod for the nation (at least you have this feeling if you look at all those propaganda posters featuring Lenin). 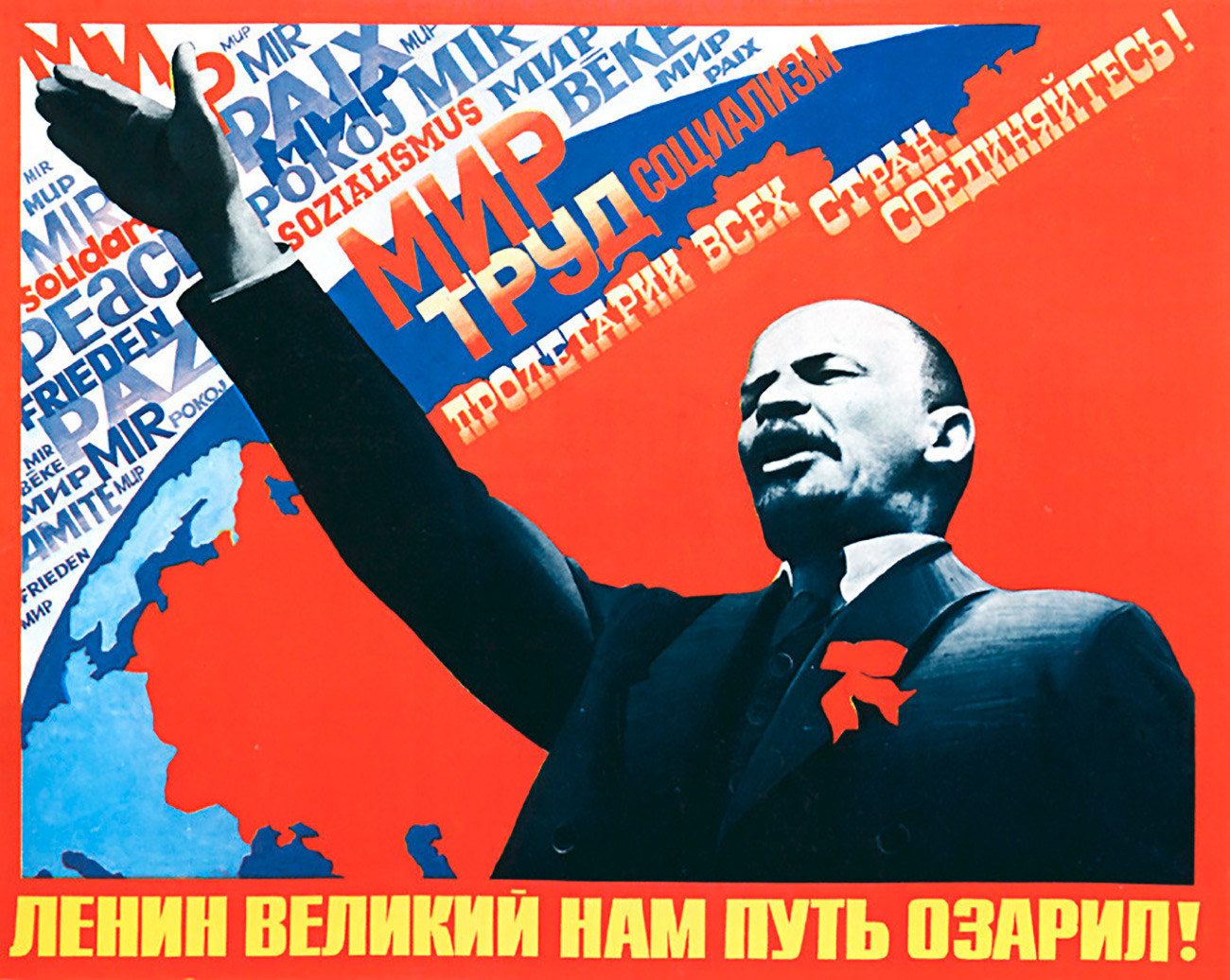 "The great Lenin illuminated our path"

That was a tricky and very bloody time for Russia, as the Bolsheviks wanted to get rid of all ‘counter-revolutionists’ - everyone who didn’t share their views of the future of Russia. As a result, a civil war started between the socialist Red Army and the monarchist White Army.

How long did it exist and what territories did it occupy?

The country called the Union of Soviet Socialist Republics (USSR) was established in 1922, when parts of the former Empire became autonomous and joined the Union after the civil war. And it existed until 1991, so almost 70 years.

All of them are now independent countries and 10 of them are now members of the so-called Commonwealth of Independent States (CIS). By the way, the Russian language is still spoken in most of these countries. While the post-Soviet legacy of these national republics, especially cuisine, is still extremely popular in Russia.

What did the Soviets change in the country?

Well, pretty much everything. There were minuses and pluses in the politics of the Soviets, but the lives of people changed completely. 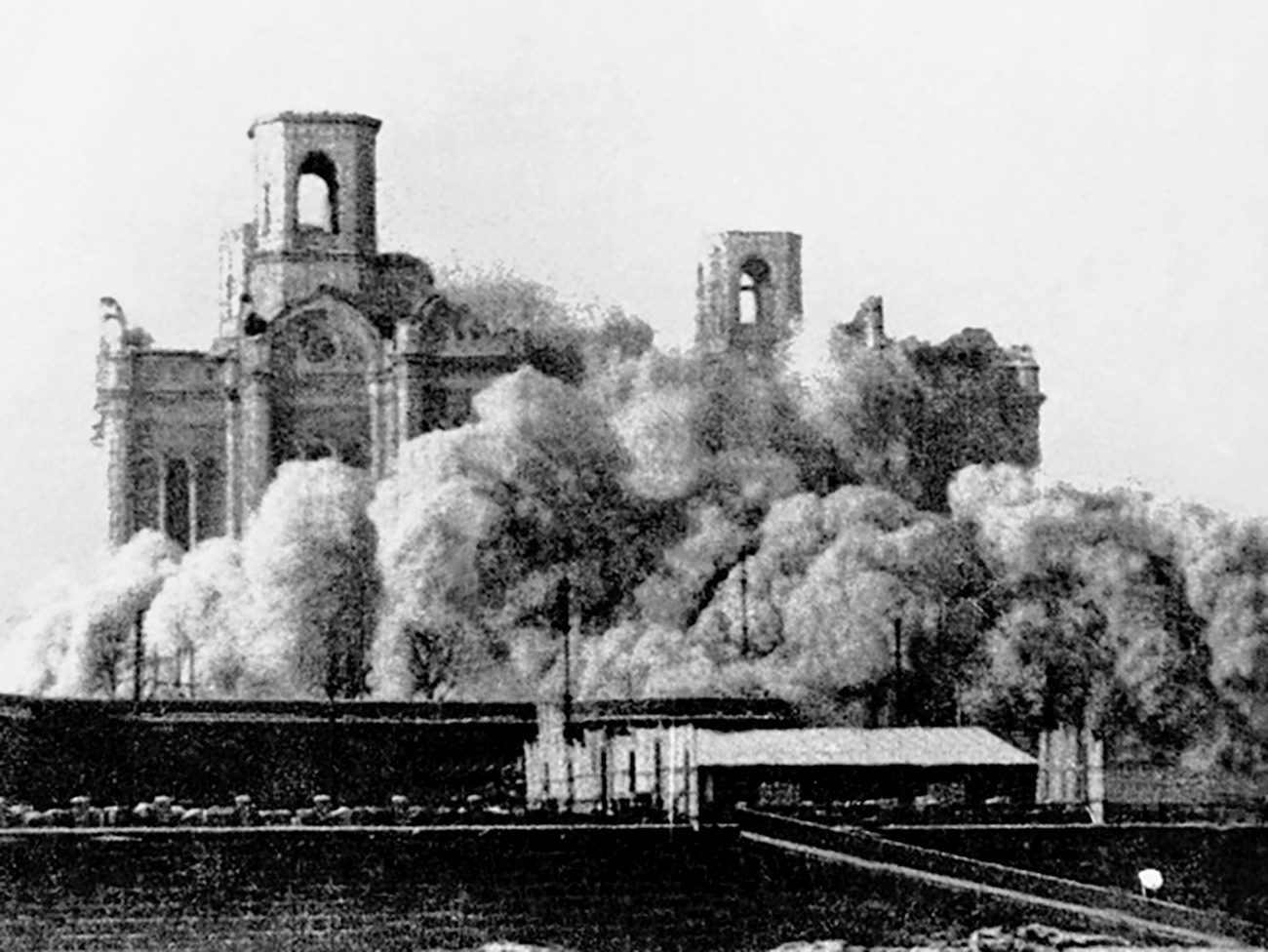 Blowing up the Cathedral of Christ the Savior in 1931

First of all, the Bolsheviks got rid of Russian Orthodoxy; they confiscated churches and monasteries and used them for their everyday needs: as storages, hospitals, prisons and factories. Interestingly, during World War II, Stalin decided to rehabilitate the Russian Orthodox Church. 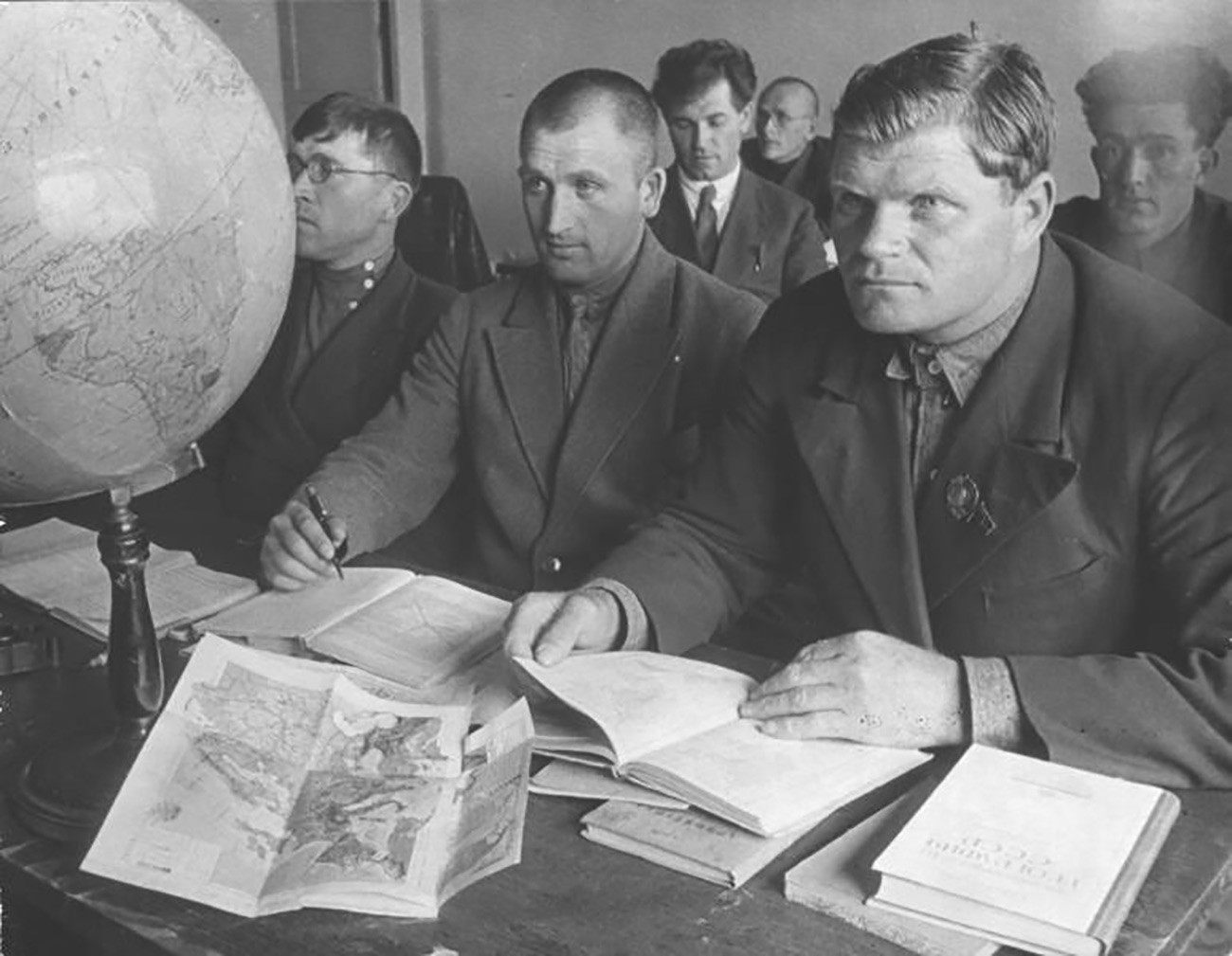 On a positive note, the Bolsheviks helped eradicate illiteracy in the country. In the Russian Empire, only 20 percent of people could read and write, mostly noblemen, clergy and officers. From 1919, every citizen from the age of 8 was to be educated.

What did World War II mean for the Soviet Union?

The participation of the Soviet Union in World War II (and actually playing a pivotal role in the victory over the Nazis) is still considered one of the most important and traumatic events of the 20th century in Russia (don’t even try to convince a Russian that it was not Russia that won the war!). 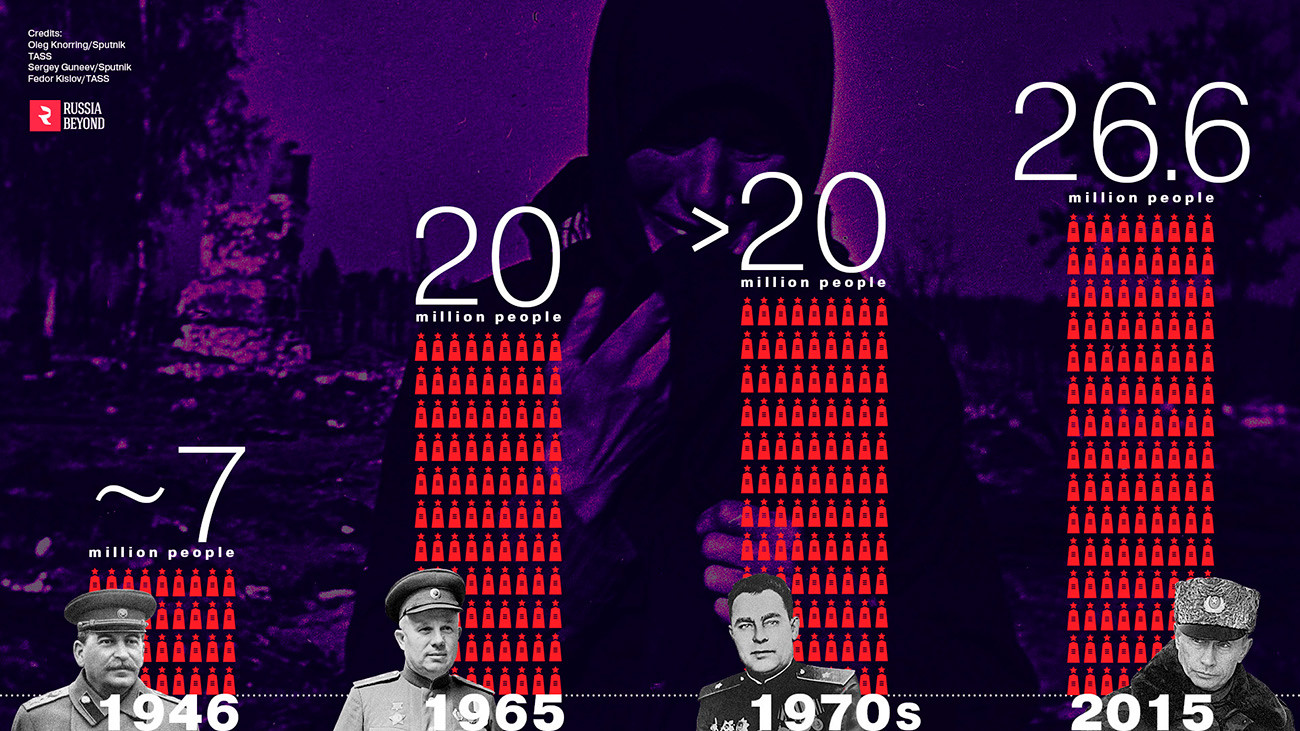 The country lost about 26 millions of its citizens (interestingly, the official number has changed throughout the years). And the Soviet Union had a long and difficult recovery after the war. 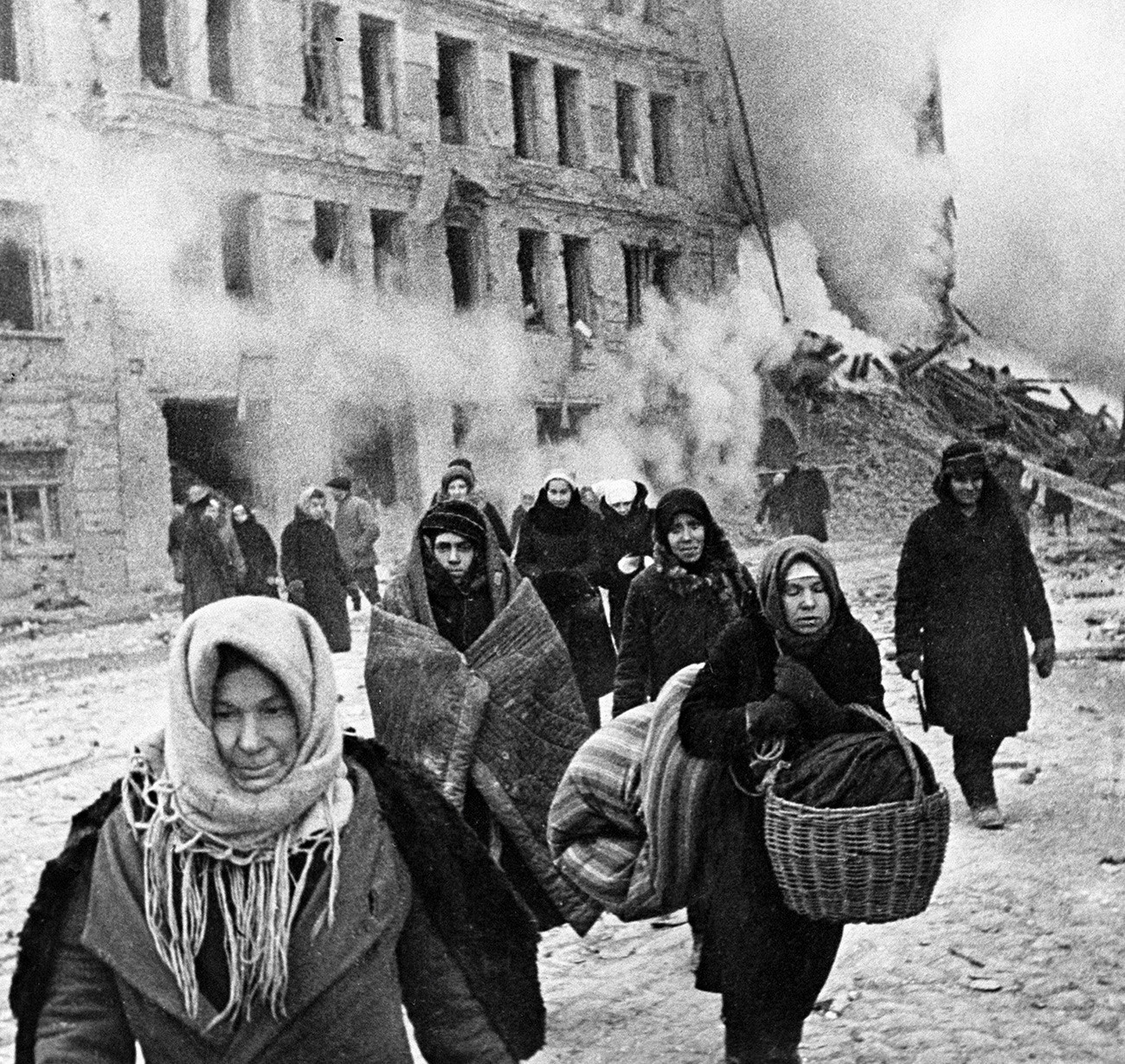 The Siege of Leningrad, where the city was blocked for 900 days by Nazis, the bloody Battle of Stalingrad, as well as the liberation of Auschwitz are all events ordinary Russians still remember very often, with many filmmakers still making movies about the ‘Great Patriotic War’. 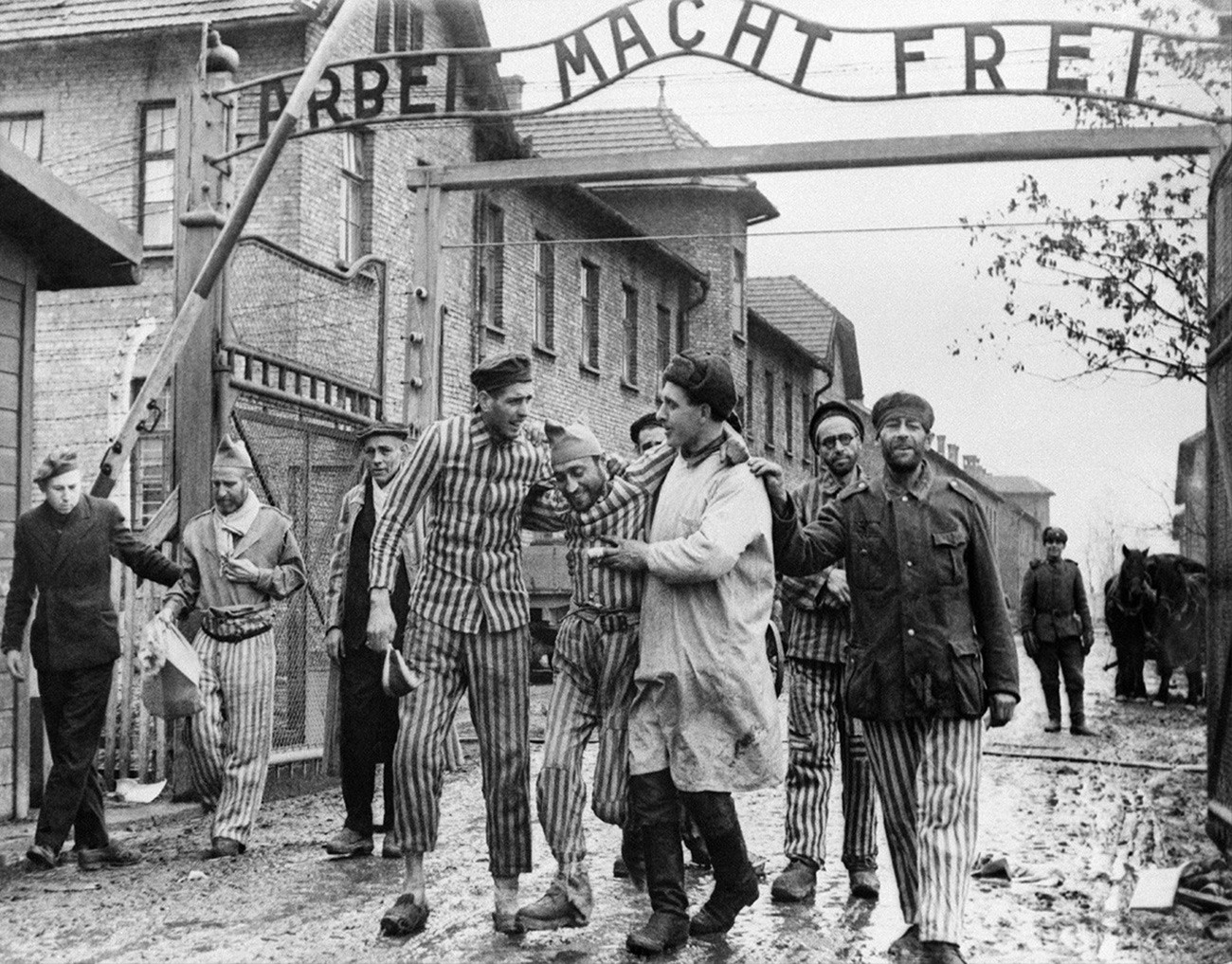 Meanwhile, Victory Day (May 9) is one of Russia’s main holidays, with huge celebrations being held every year (read here why Russia still has Victory Day parades).

How the Soviet Union sent the first man into space

The Soviets had an obsession with being the first in all industries, maxing out production, mining, construction works, etc. And space exploration was no different. The legendary Soviet engineer Sergei Korolev, who developed the first rocket, was a former Gulag prisoner. In order to keep ahead, authorities picked up all talented scientists from labor camps across the country to create a special construction bureau. 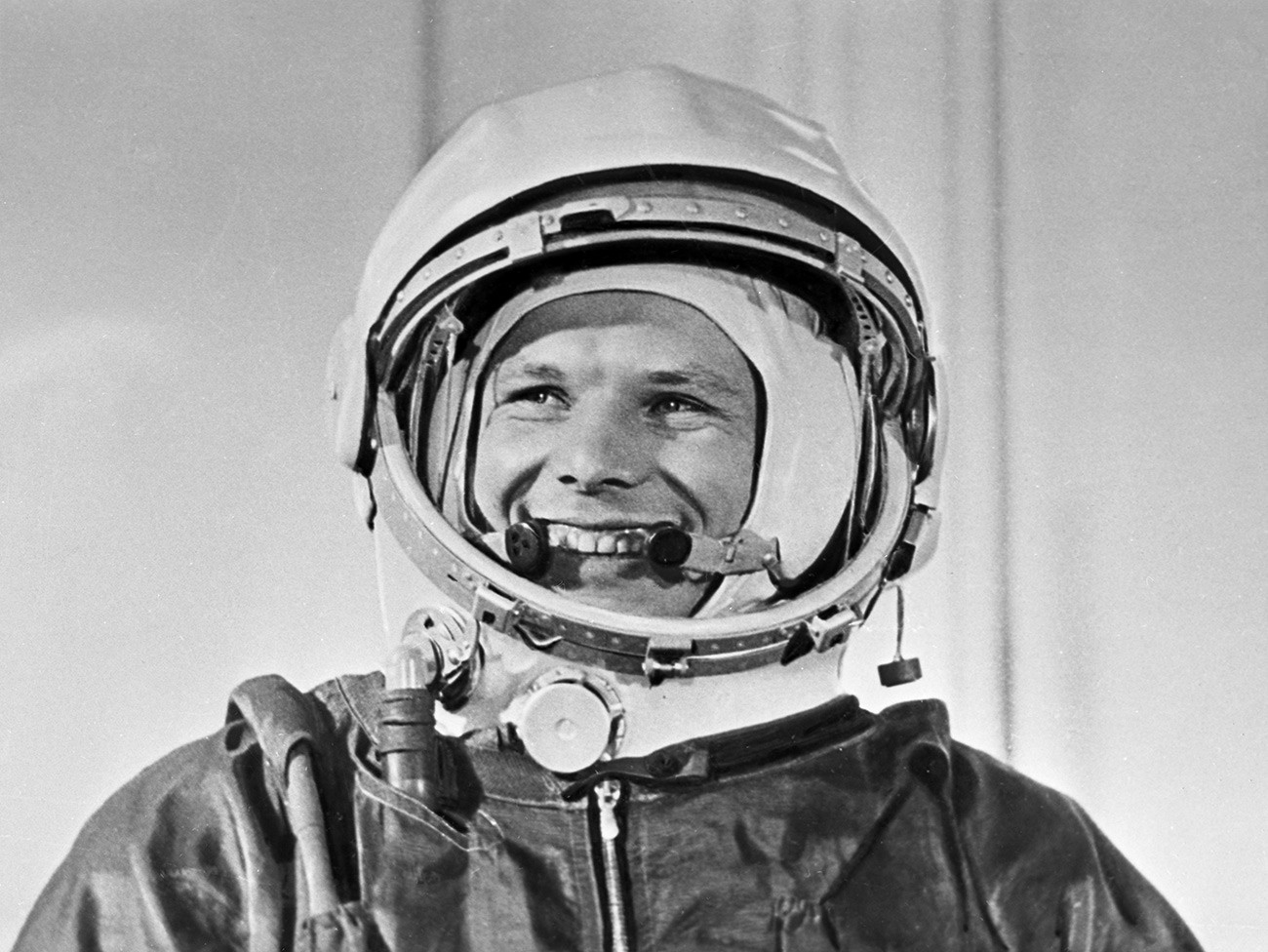 Of course, as the first man in space, Yuri Gagarin is famous all around the world and was a true hero in the USSR. While cosmonaut Alexei Leonov was first to enter outer space, and Valentina Tereshkova was the first woman in space. The Soviets also launched the Earth’s first artificial satellite - Sputnik - as well as the famous Mir space station. 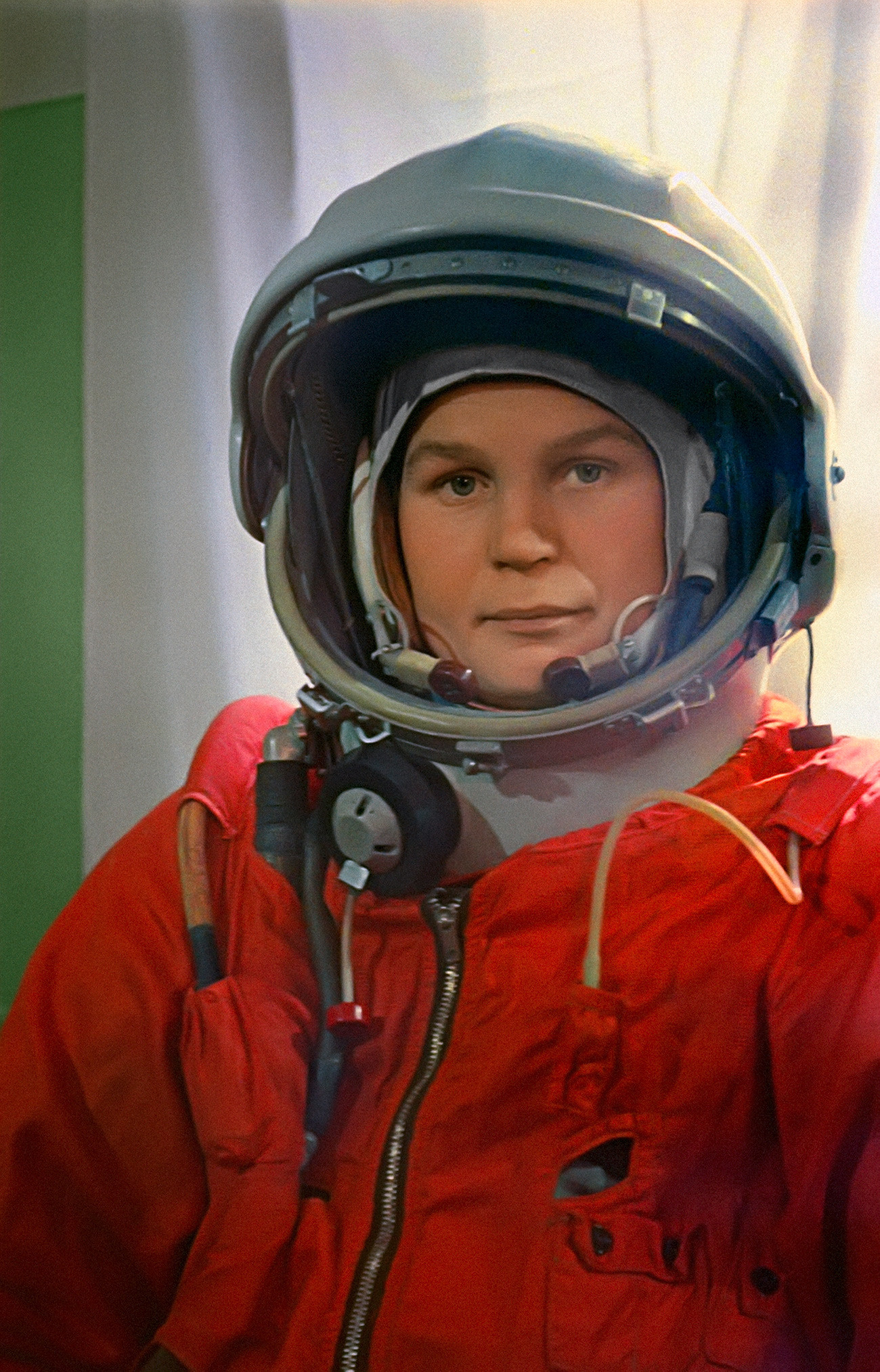 Valentisna Tereshkova before the rocket launch

Soviet space exploration affected mass culture a lot. As Soviet people were always made to be proud of any and all of the country’s achievements.

How ordinary people lived in the USSR

Russia Beyond can provide you with answers to just about any aspect of Soviet life.

Could an ordinary citizen buy/own a car? 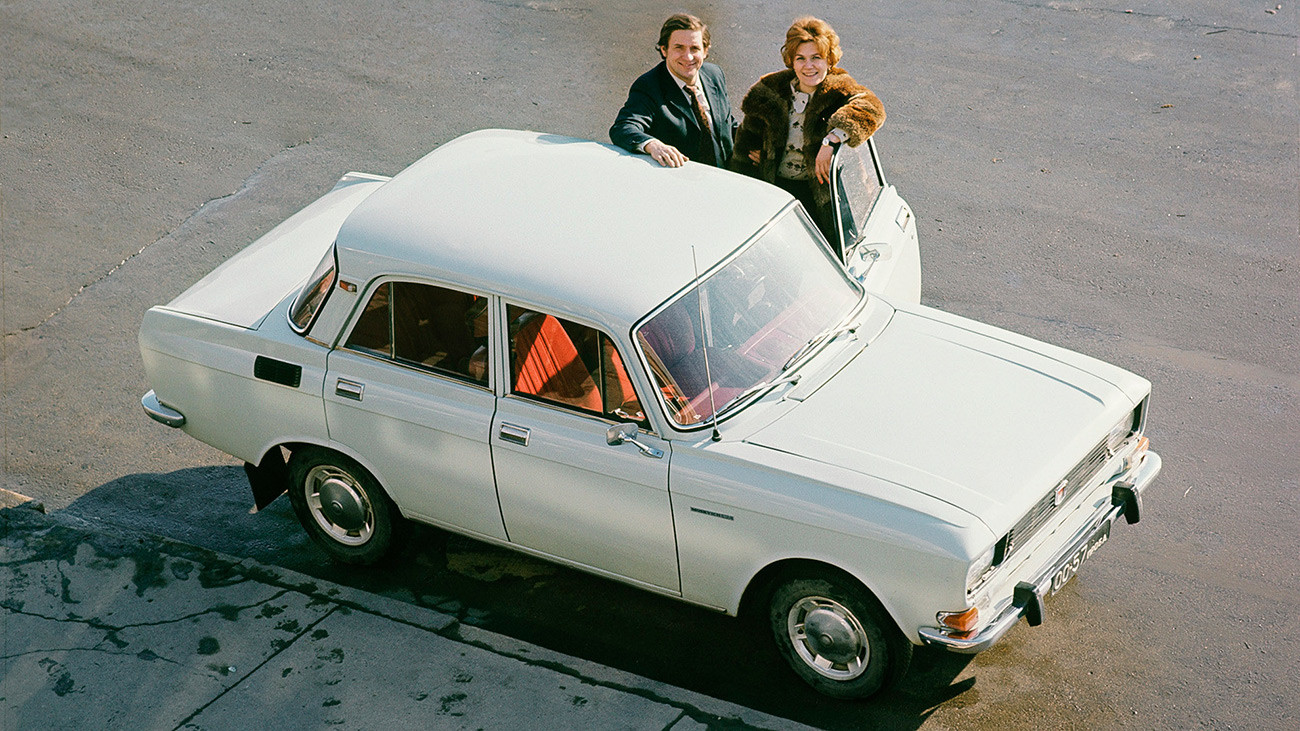 How did Soviet people raise their kids?

What sort of vacation could Soviets afford?

What did Soviet people dream about? 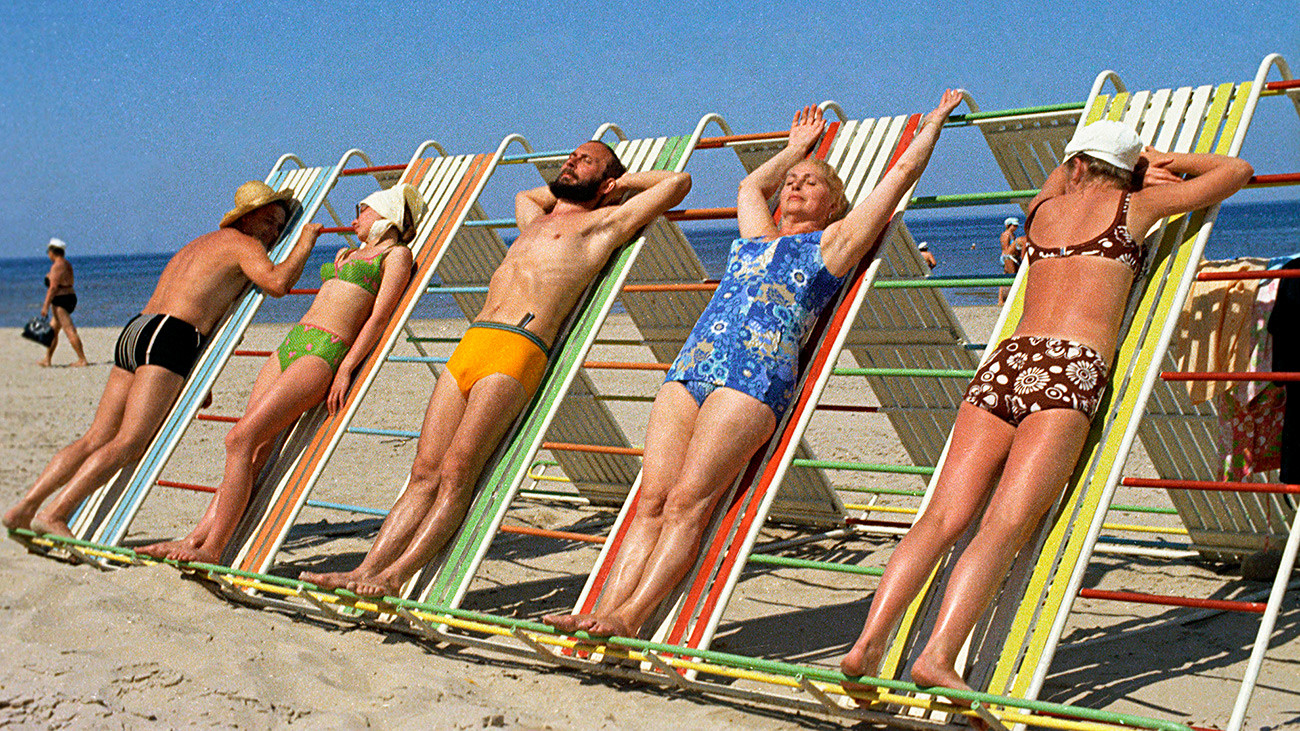 And what things did Soviets stand in long lines for?

There were also some specific things about living in the Soviet Union that many wouldn’t understand. Read about them here. And there are some Soviet habits that modern Russians still can’t get rid of.

What was the worst thing about the USSR?

Of course, the Soviet Union was a totalitarian and socialist state. Joseph Stalin is probably the main symbol of the evil that happened to the nation. He created the Gulag camp system, where millions of people were imprisoned. Lavrentiy Beria, Stalin’s right hand man, was also in charge of mass terror and executions. 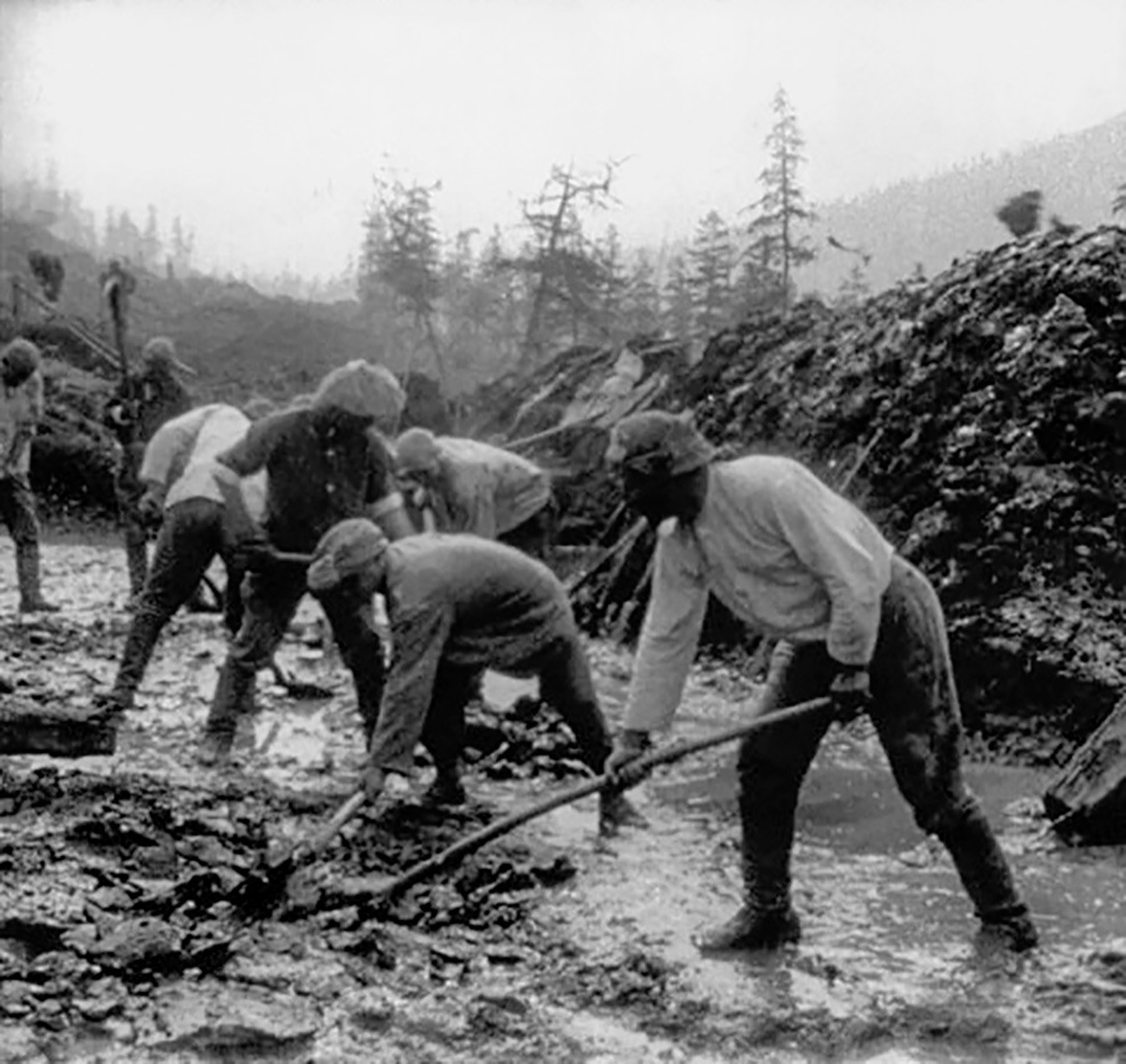 There was no freedom of speech, censorship was very strong and the best books written by the best authors were all banned.

The country was closed - Soviet people could hardly go abroad, while tourists from abroad could only visit in specially organized groups and foreigners were shown the USSR the authorities wanted them to see.

When Stalin died, his successor, Nikita Khrushchev, bashed Stalin’s heritage and launched the ‘de-Stalinization’ effort. In the 1960s, so-called dissidents began to appear - people from intelligentsia that were not happy with the censorship, Gulag camps, and the state’s politics. 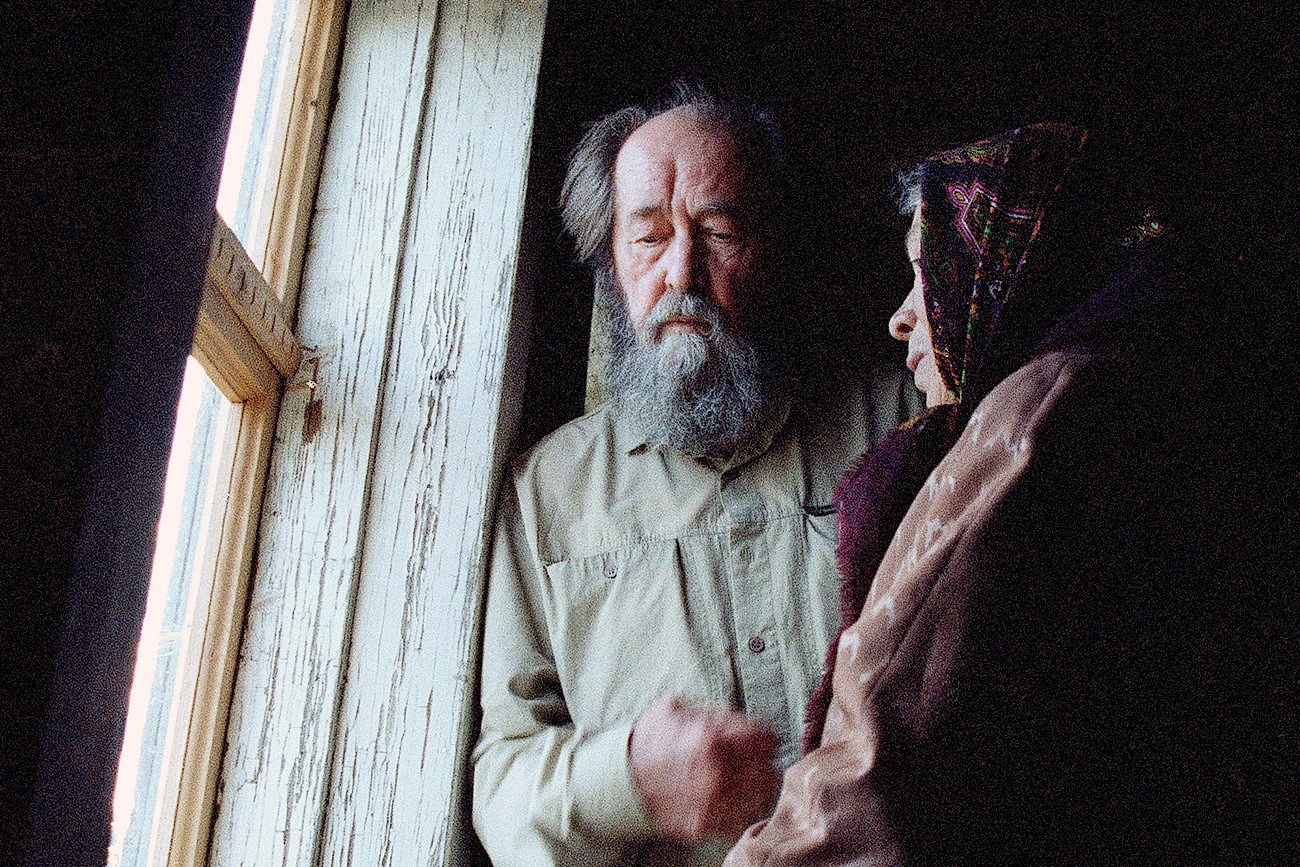 And sadly, most tragic events (or “non-positive things”), even big catastrophes, were withheld from the nation by the state-run media.

What was the best thing about the USSR?

In short, everyone was more or less equal and felt secure and supported... and people were proud of their countries, had goals and tended to hope for a “bright future”. Most people still feel nostalgic about the Soviet Union, young pioneers and their “happy Soviet childhood”. 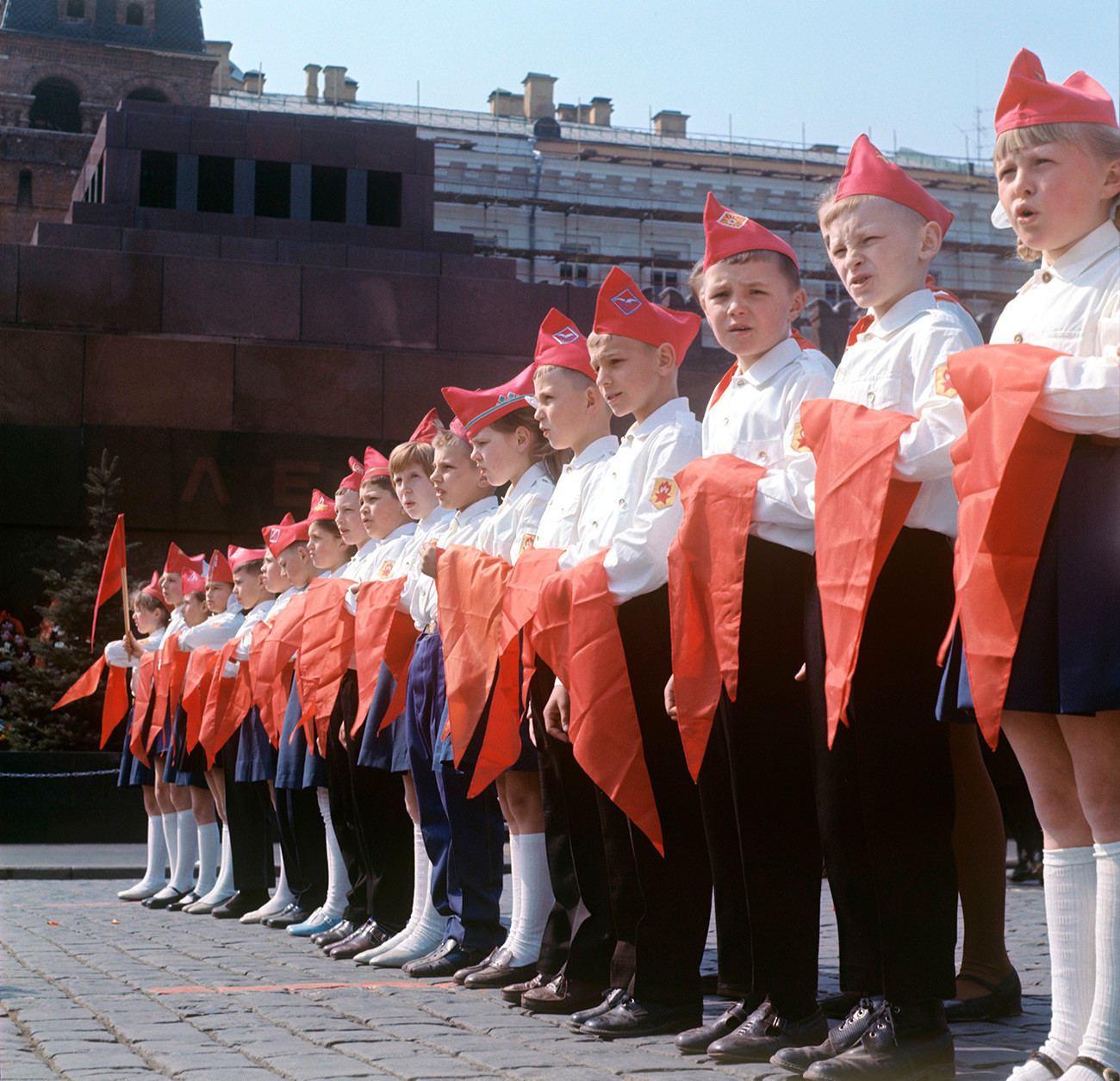 Children being recruited as Young Pioneers in the Red Square

Education in the USSR was among the best in the world - that’s why the country produced so many scientists and great creators.

Beyond great books, the Soviet Union produced some of the greatest movies that Russians still watch and adore. 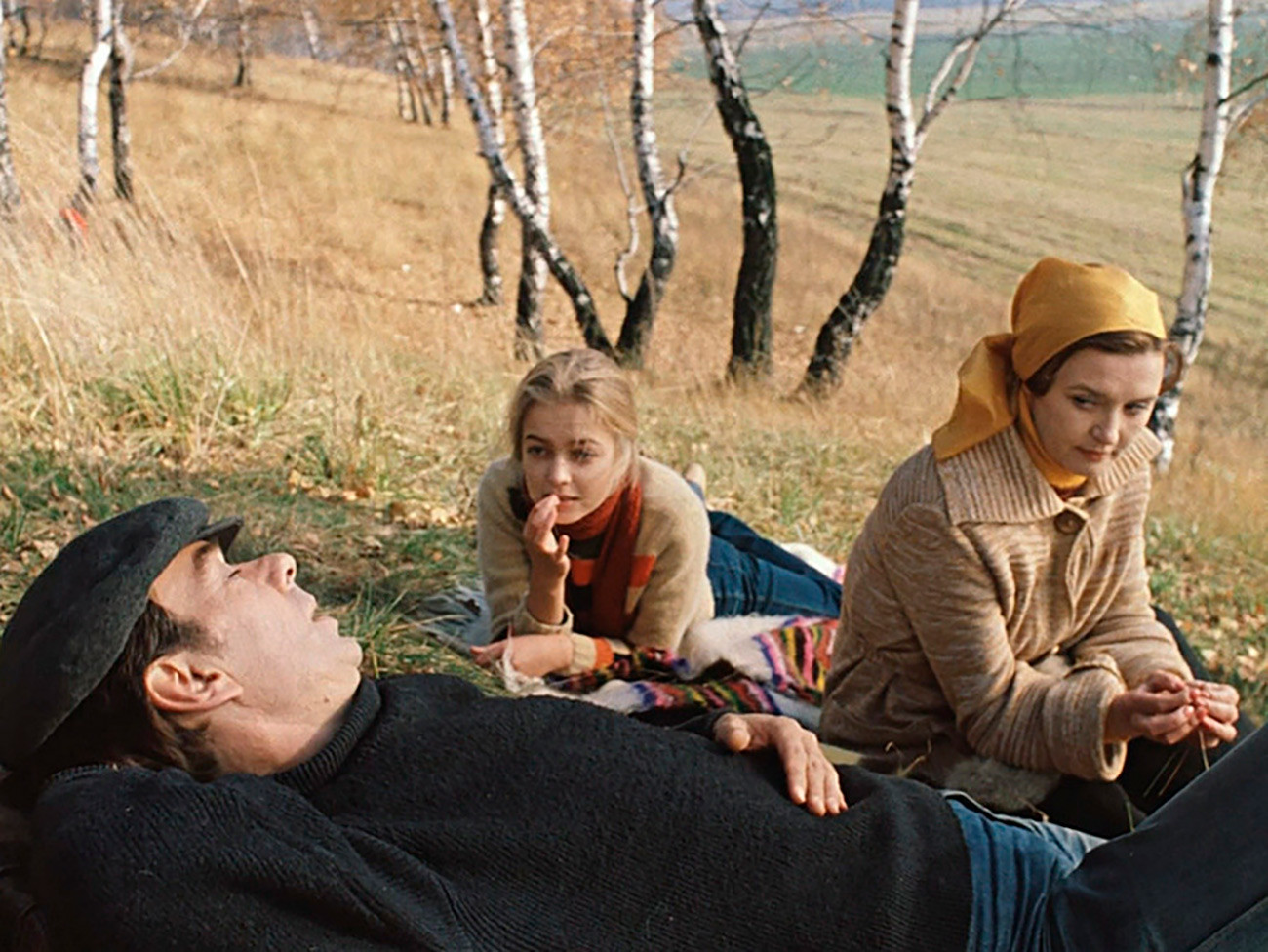 We also have a great Soviet architectural legacy of constructivism in Moscow, Yekaterinburg, and pretty much all over the USSR. Just look at the gorgeous sanatoriums that were everywhere! 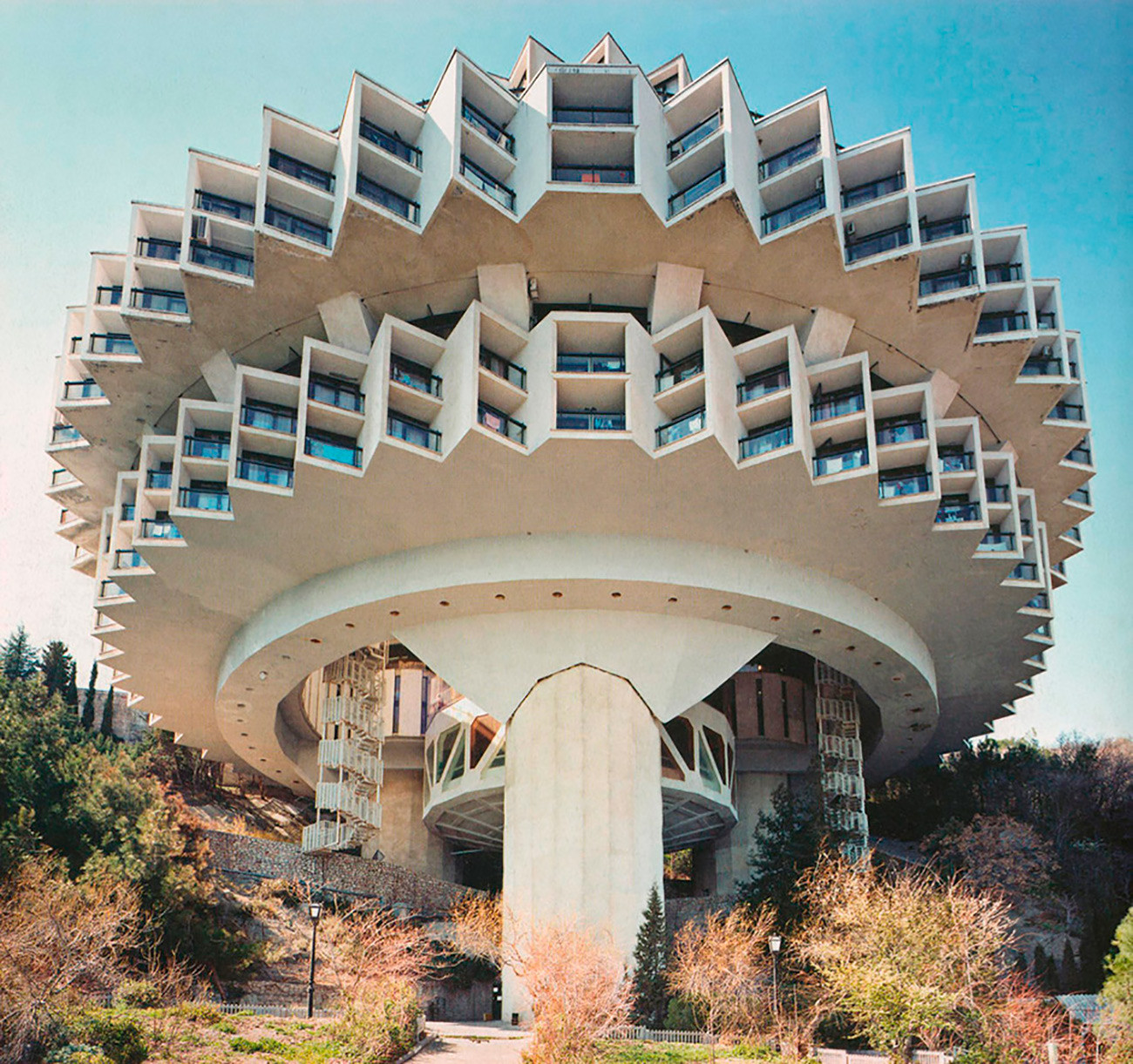 Soviet artists created avant-garde and authorities realized this new art could serve the Revolution’s ideas and the ideas of the new state. That’s why the country got Alexander Rodchenko, Kazimir Malevich, Alexander Deyneka, and many other extremely talented artists to create the image and visual side of the USSR - and which is now extremely popular abroad, being sold for millions at international art auctions.

Moreover, the Soviet Union could teach us to be eco-friendly!

Propaganda became the one and only possible art form, and authorities made all artists serve the state’s ideology and “depict a better life”. To parade the achievements of the economy and culture, the Soviets created the huge and iconic VDNKh park in Moscow, one which is now a symbol of the Soviet era. 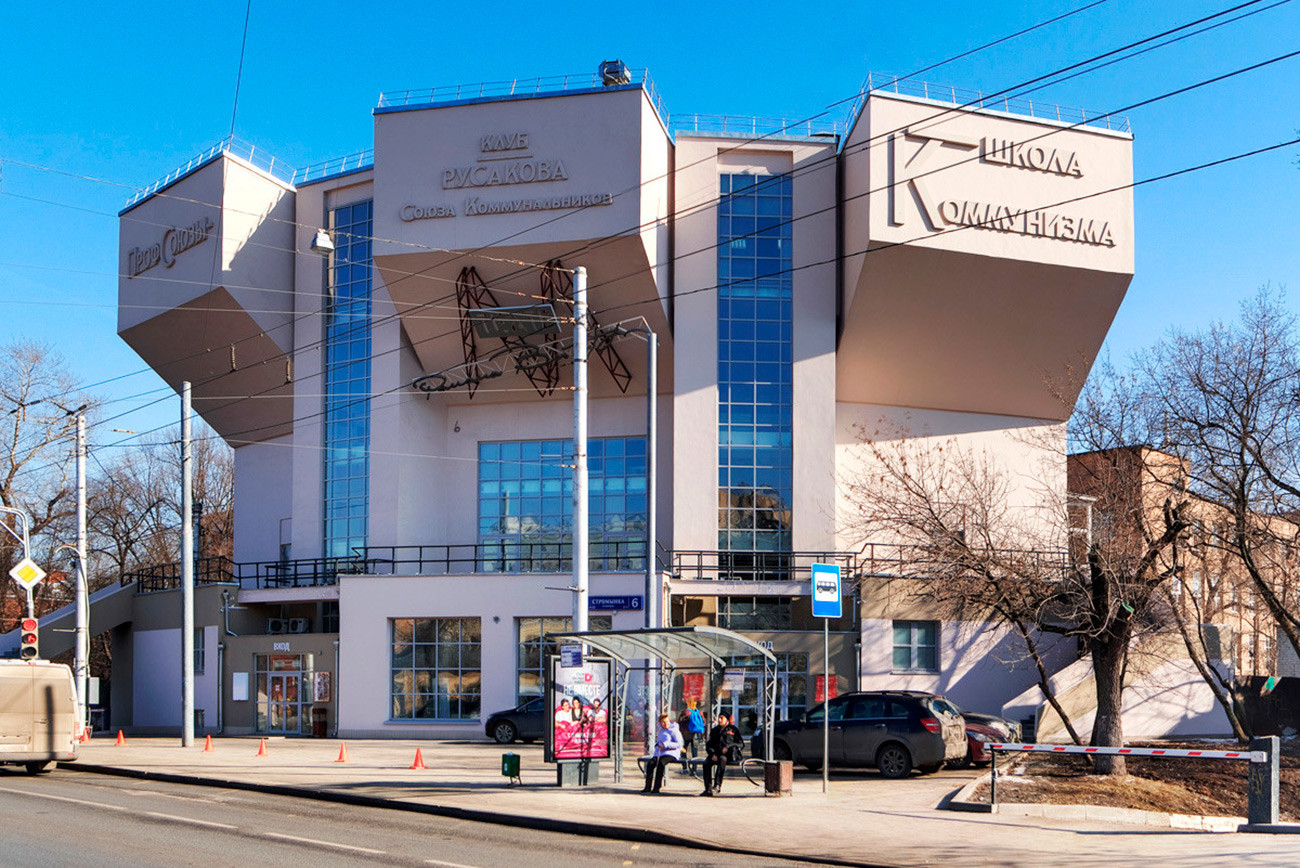 They used avant-garde art for mass porcelain production and later created Social Realism in paintings. And, of course, the Soviets produced hundreds of propaganda posters about the strong, invincible Red Army, the glory of space exploration, as well as posters that ”taught” how to raise kids or promote sobriety. 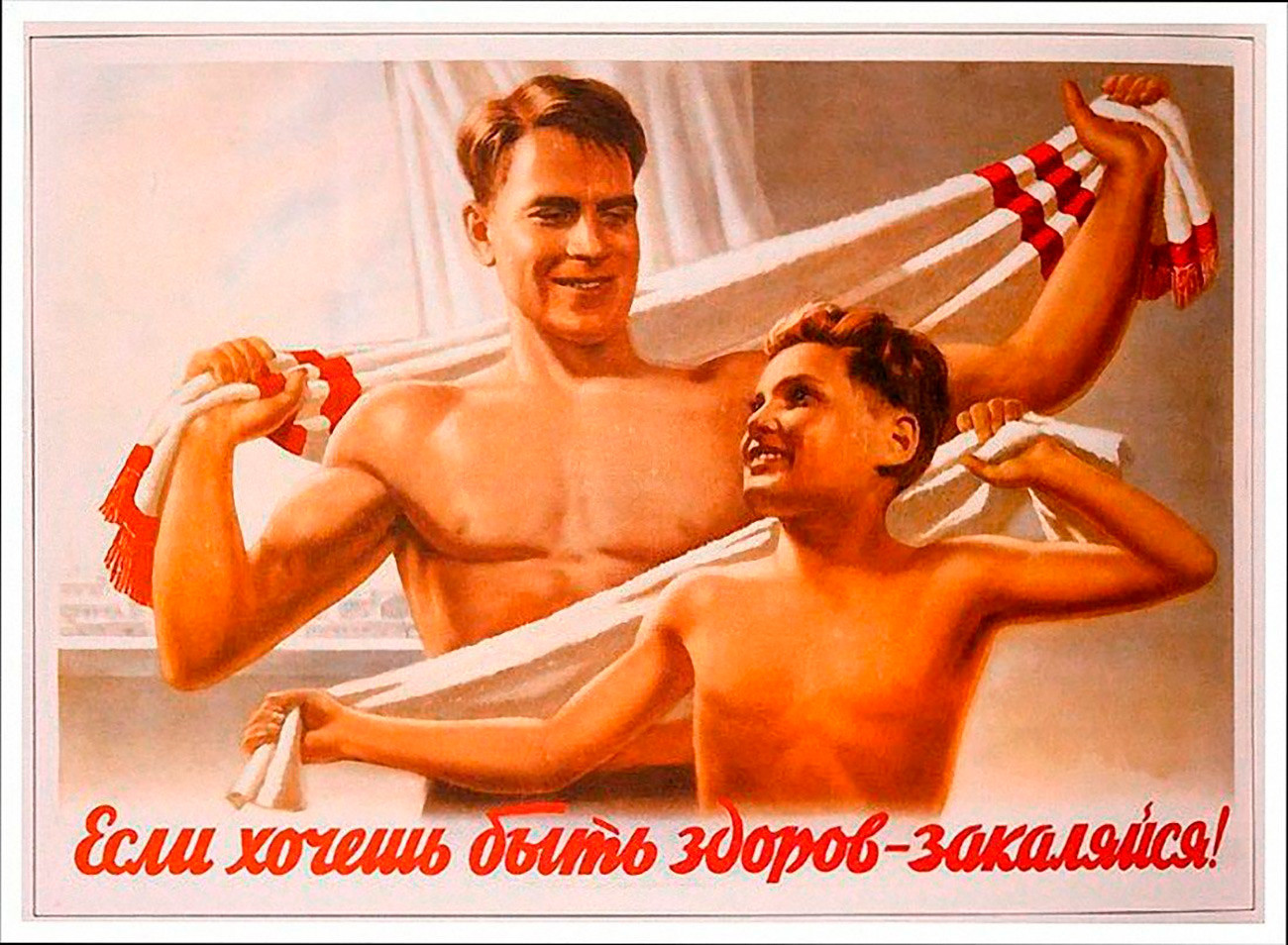 "If you want to be healthy, become tempered!"

How did the USSR collapse?

To better understand why, first read more about the Soviet Union’s planned economy, how it worked and why it failed. That is probably the main reason for the collapse. In addition, there were lots of hidden ethnic tensions. And finally, Gorbachev’s reforms, the so-called ‘Perestroika’, sealed the USSR’s fate. 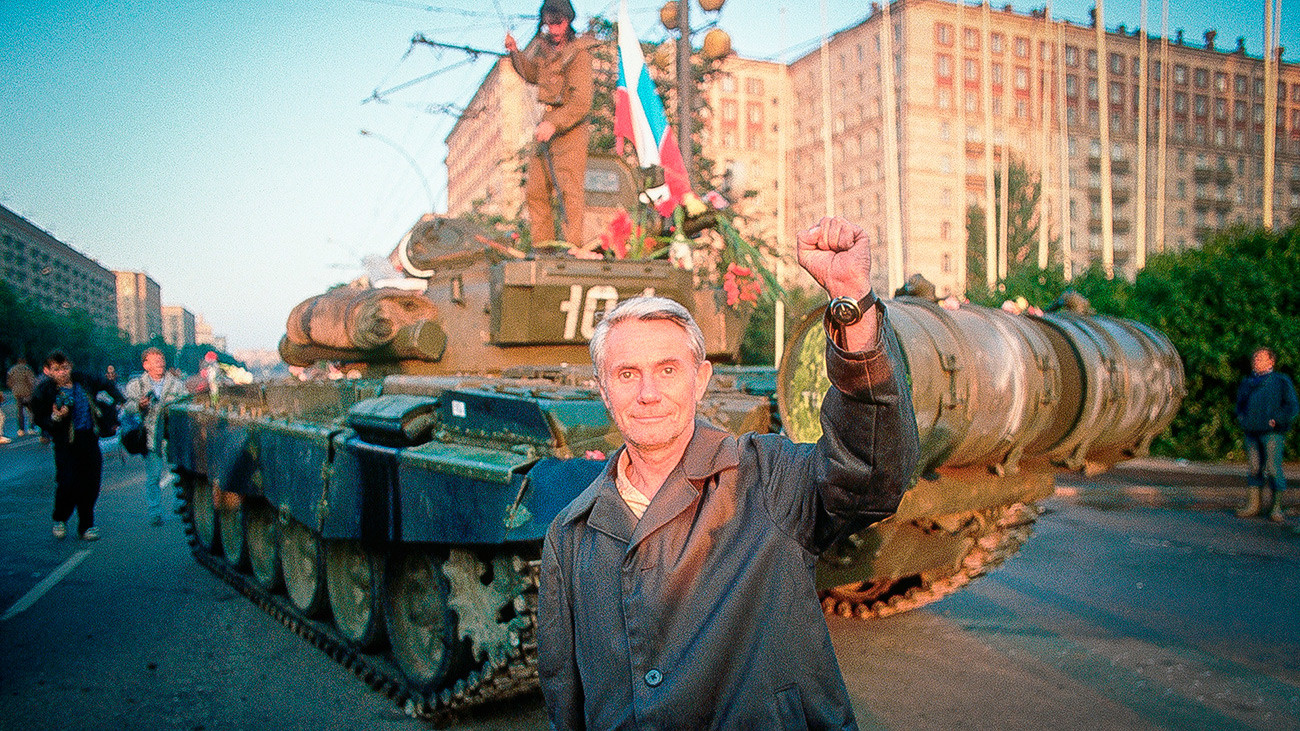 Read in more detail about these 3 major reasons for the USSR’s collapse here.