The glory & misery of the Soviet 1980s in PHOTOS 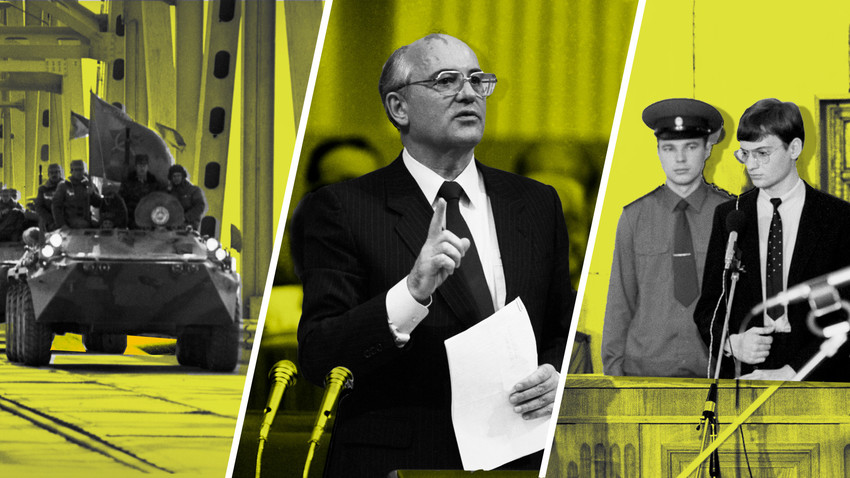 Yuri Lizunov, Alexander Chumichev, I. Khodzhayev, Boris Yusupov/TASS
If in the early 1980s the Soviet Union was still able to amaze the world with major Olympic Games and breathtaking military drills, by the end of the decade it was a country descending into chaos, torn apart by natural and industrial catastrophes, political and economic crisis. 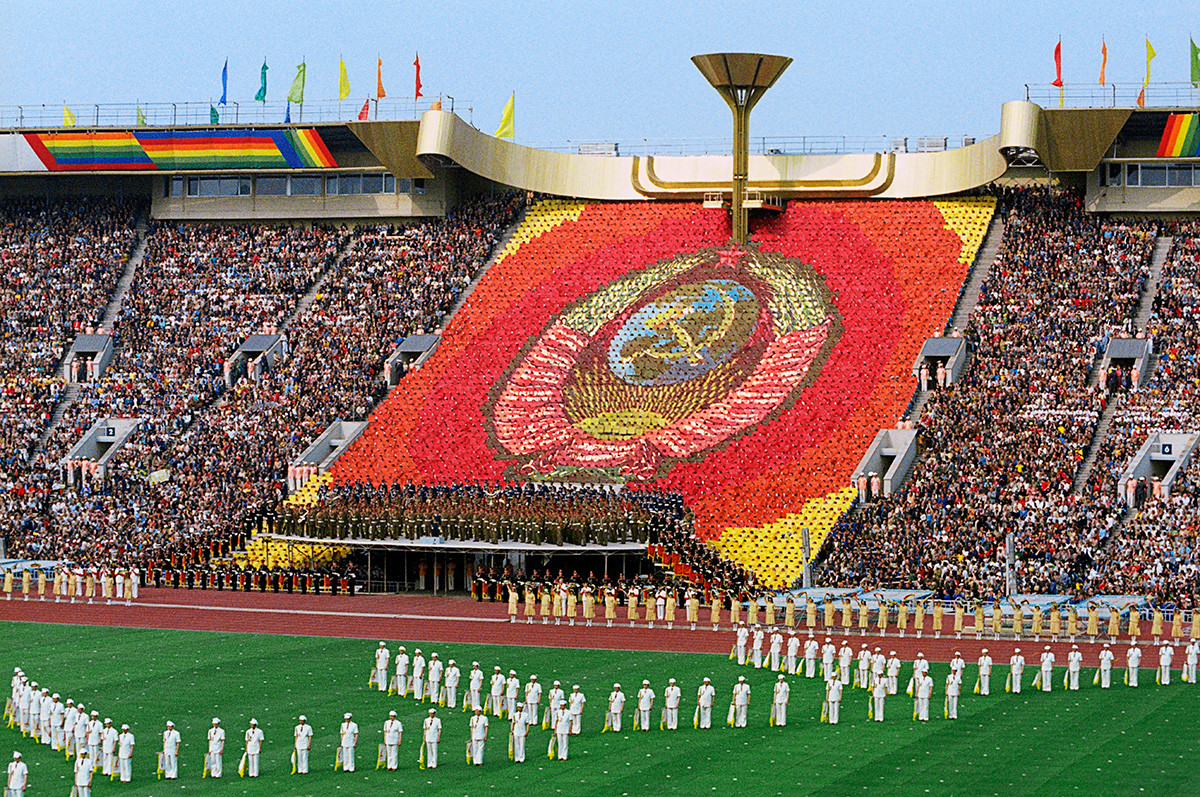 These were the first summer Olympics ever held in Eastern Europe and the first in a socialist country. In response to Soviet intervention in the Afghan civil war, the U.S. and over 60 other countries boycotted the games. 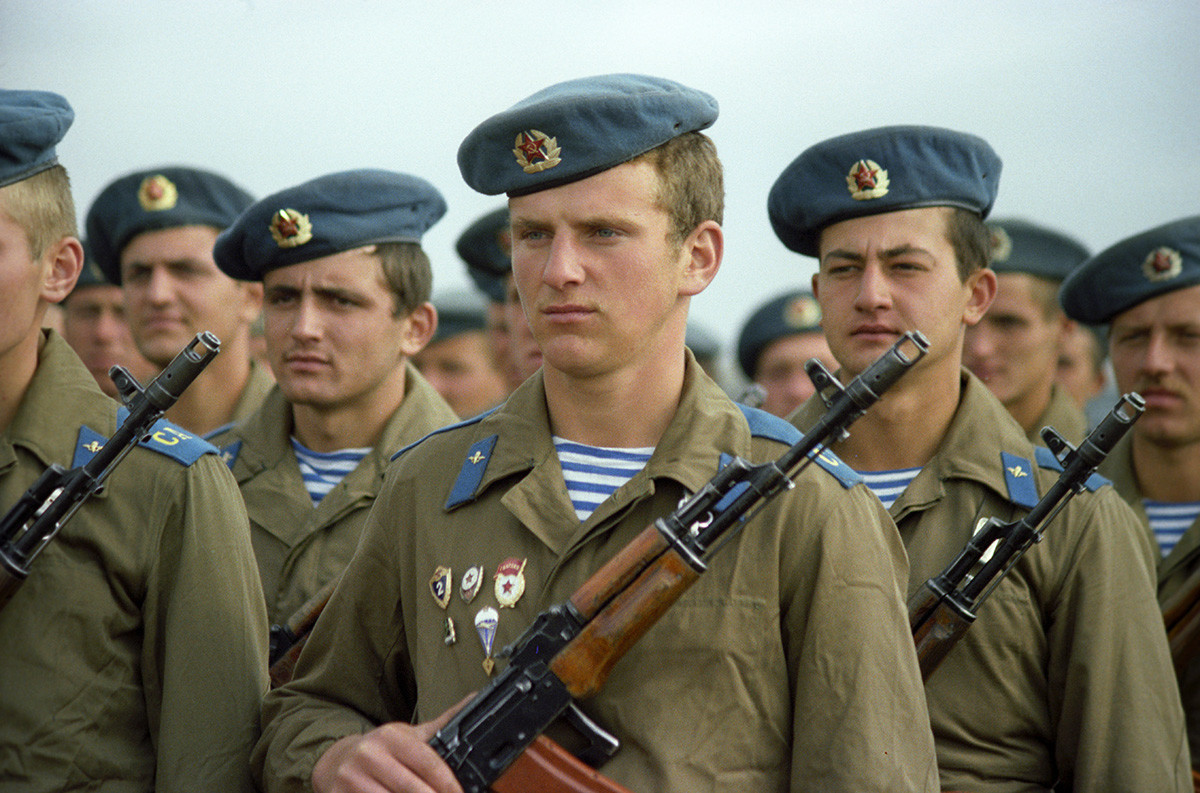 One of the largest and most impressive drills in world history, Zapad-81 (West-81) involved over 100,000 service personnel and took part not only in the USSR, but on the territory of its Warsaw Pact allies as well. The maneuvers were intended to demonstrate to NATO that even without use of nuclear weapons the Soviet Army was able defeat any opponent. 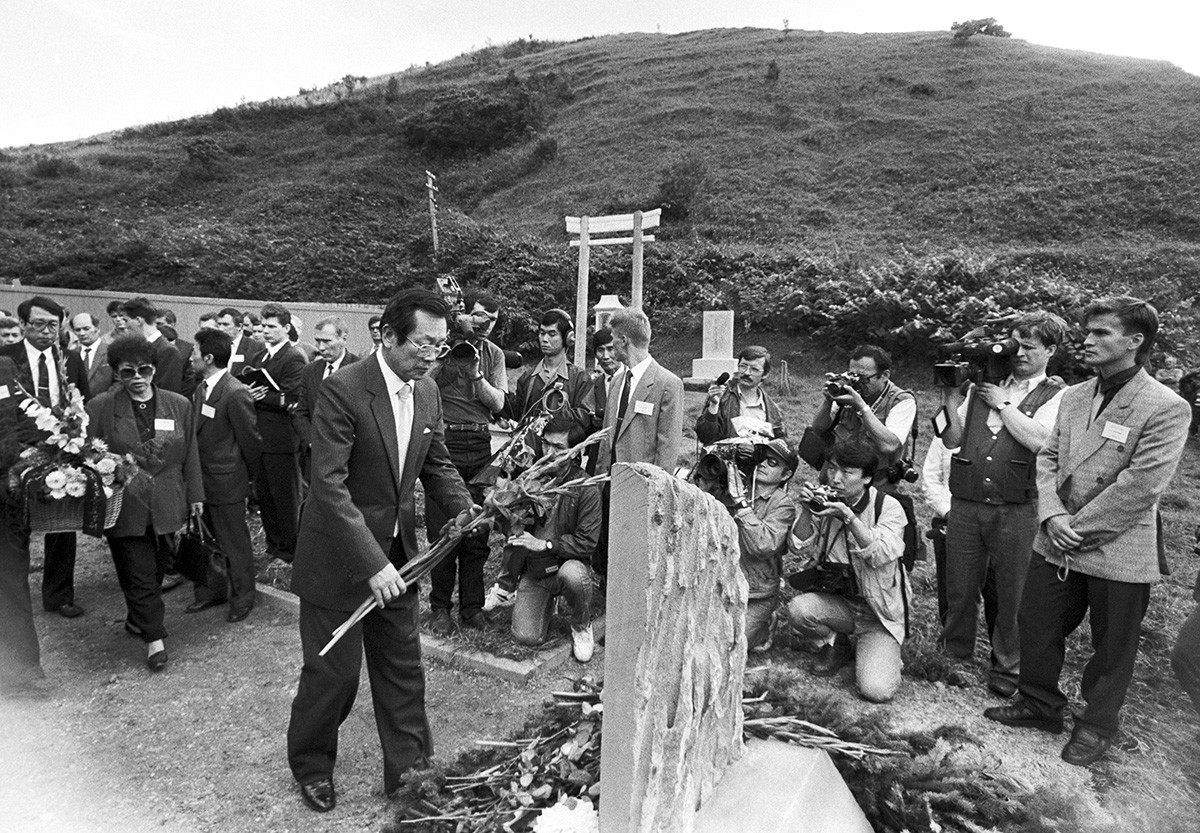 On 1 September 1983, South Korean airliner KAL 007, on its way from Anchorage to Seoul deviated from its planned route and flew through prohibited Soviet airspace. It was shot down by an Su-15 interceptor, and, as a result, 269 passengers and crew members were killed.

4. Samantha Smith’s visit to the USSR 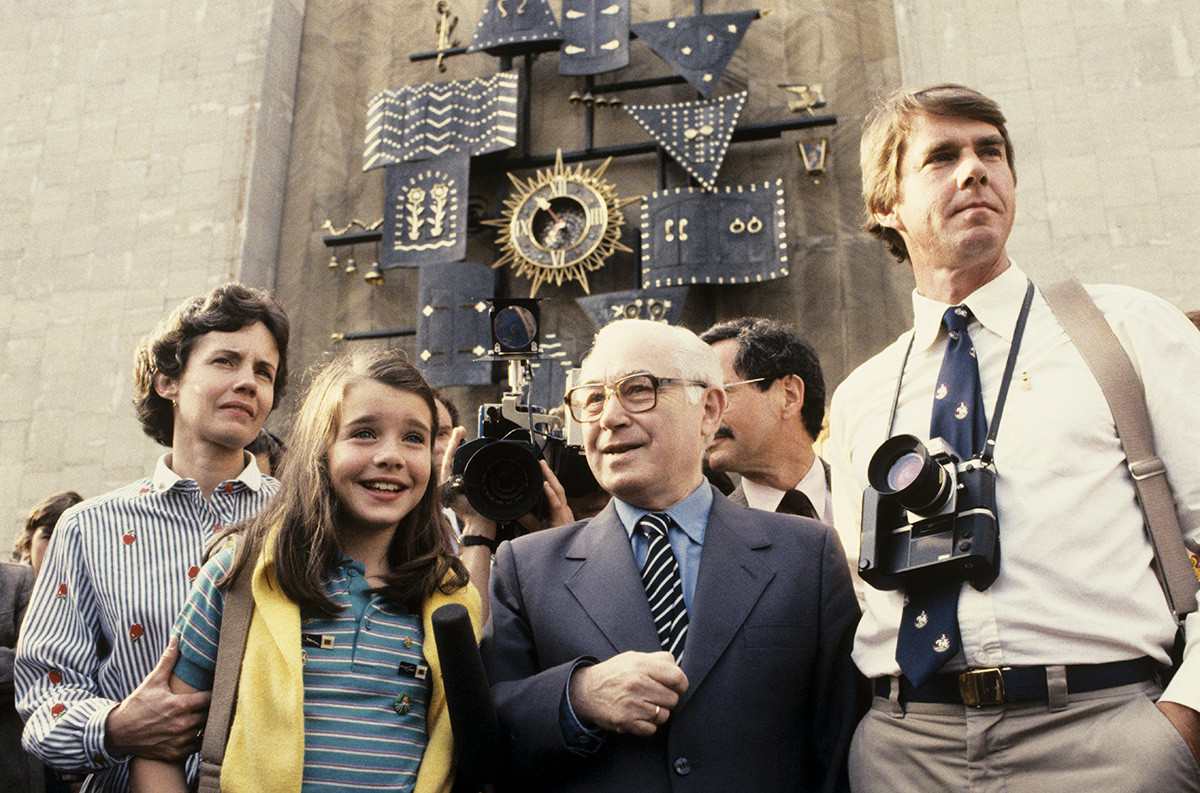 During one of the most tense periods of the Cold War in the summer of 1983, an 11 year-old American girl, Samantha Smith, wrote a letter to the Soviet leadership asking whether the USSR wanted to start a nuclear war or not. Her letter was noted at the highest level and Samantha was invited to the country to see that “in the Soviet Union, everyone is for peace and friendship among peoples.” The girl spent two weeks in the USSR, visiting different cities, taking part in festivities, stage shows and various activities. 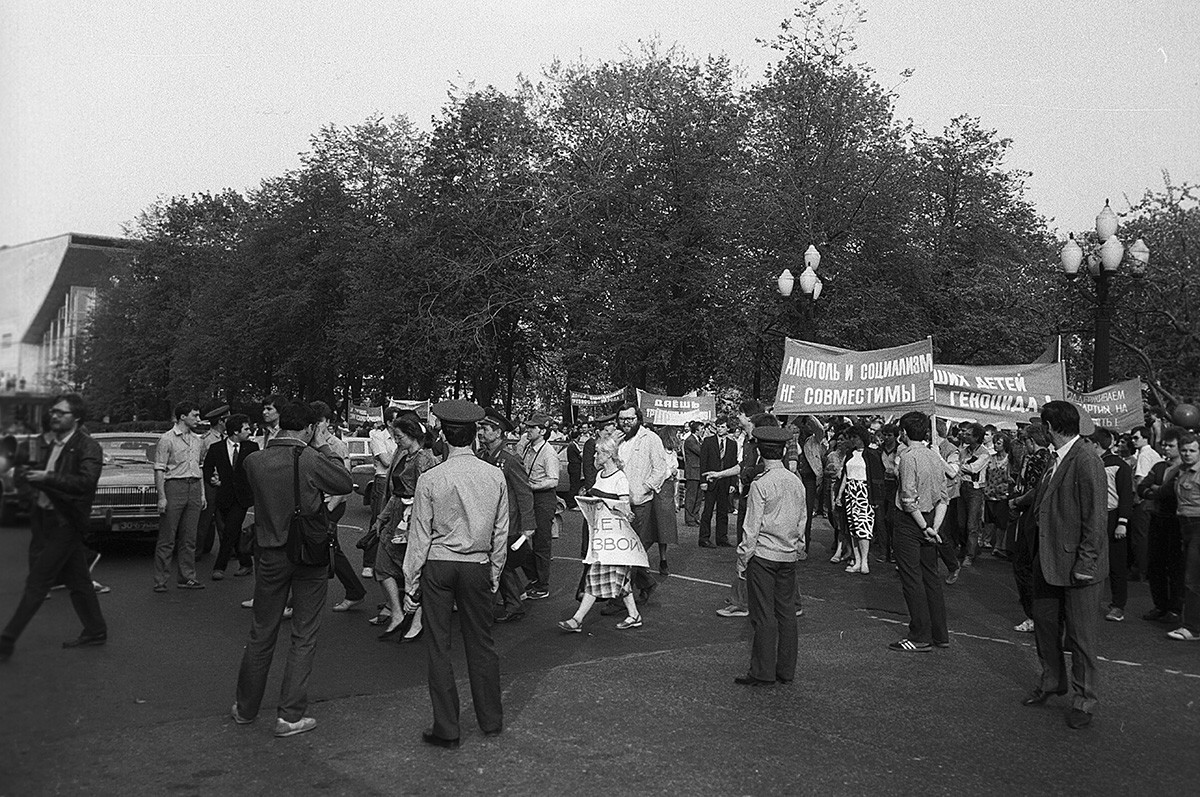 Alcohol consumption in the mid-1980s had reached epidemic proportions - almost 100 bottles per year for one adult man. That’s why only two months after coming to power, Mikhail Gorbachev introduced an anti-alcohol campaign, which included advice on remaining sober, and limits on the production and sale of alcohol. Despite positive results (a decline in the crime rate, increasing in the birth rate etc), the campaign prompted significant public resentment. It was abandoned in 1990. 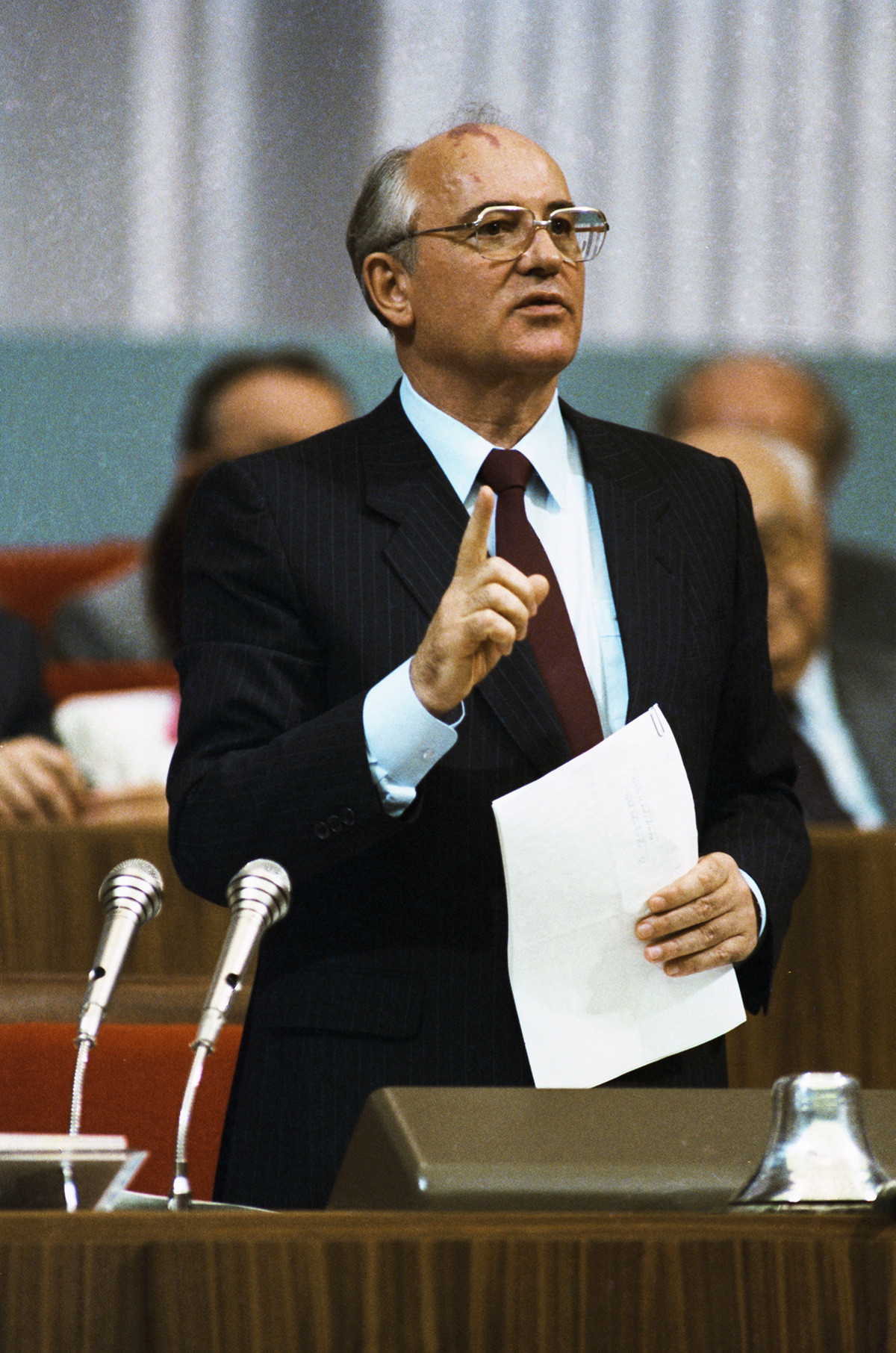 “Perestroika” (restructuring) was a cycle of economic and political reforms, introduced by the Soviet leadership in the second half of the 1980s. It included the gradual weakening of censorship, and an increase in democratization, liberalization of the media, normalization of relations with the West etc. The campaign failed, causing weakening of central power and an increase in inter-ethnic tensions conflicts in the country. Some believe Perestroika was one of the main reasons for the fall of the Soviet Union.

7. End of the ‘Soviet Titanic’ 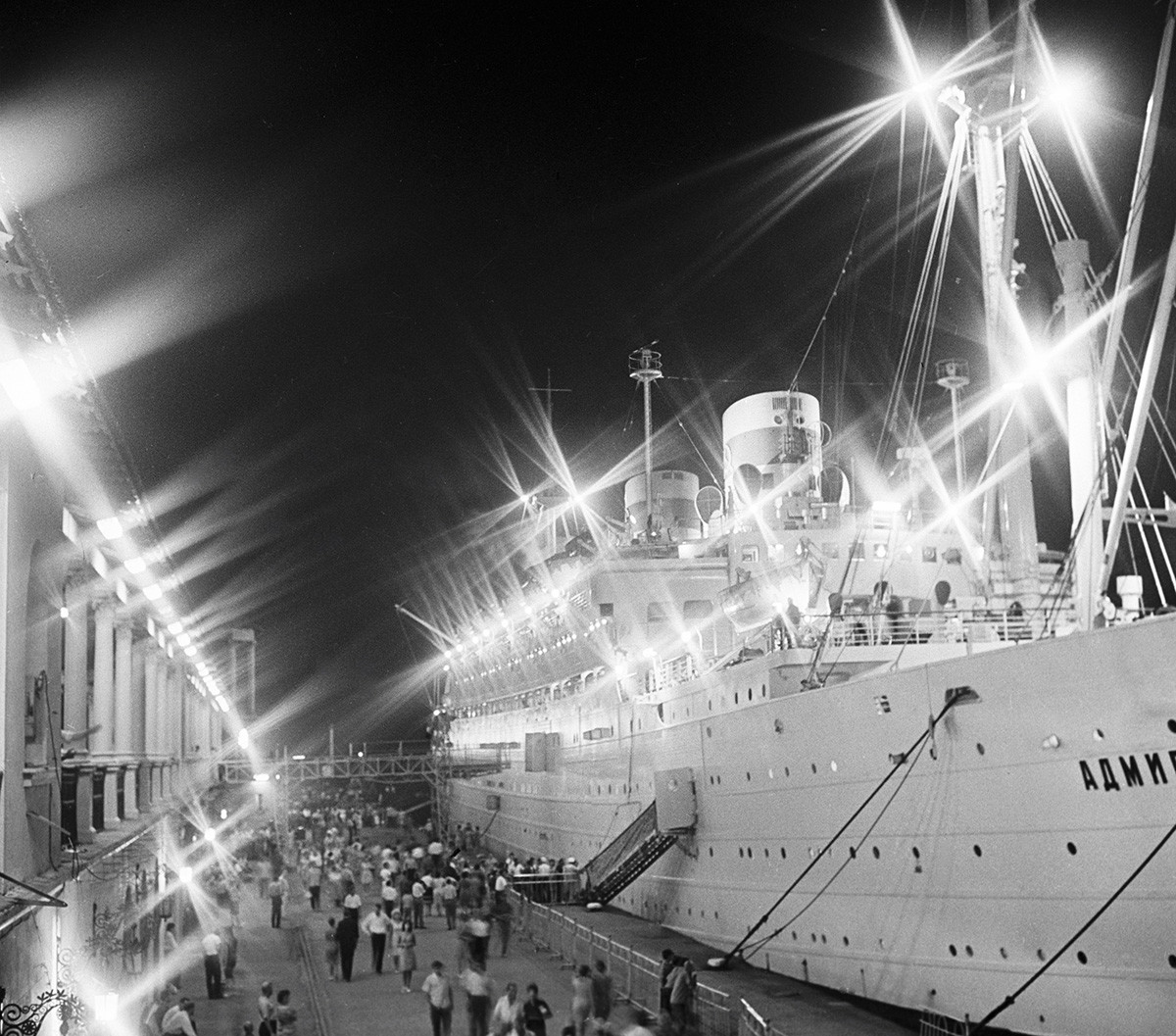 At 11:12 p.m. of August 31, 1986, the Admiral Nakhimov passenger liner was rammed by a freighter, the Pyotr Vasev, not far from Novorossiysk. With a massive hole in its side, the passenger liner sank within eight minutes, taking with it the lives of 423 people. 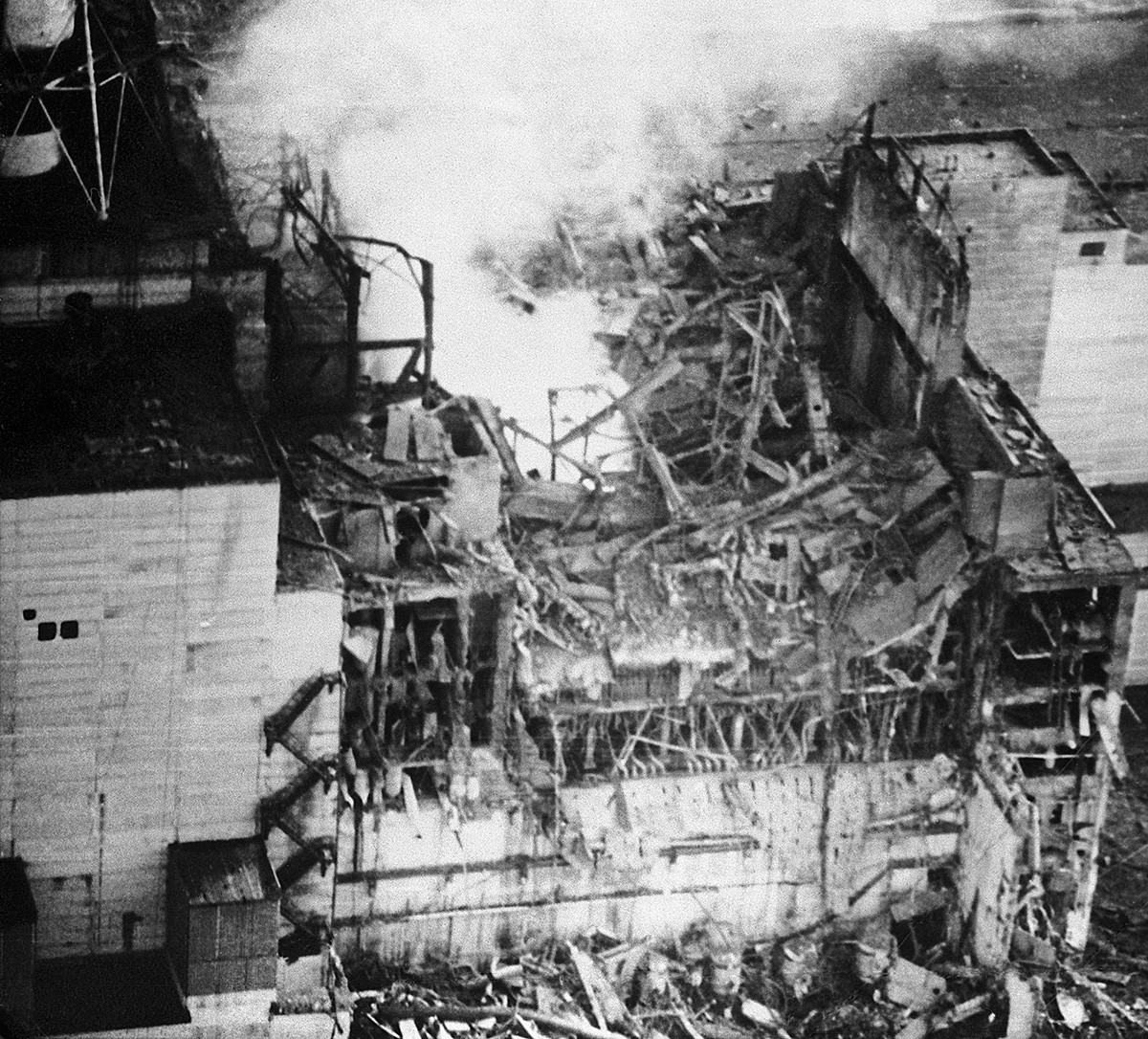 The most well-known civilian nuclear catastrophe in history, the Chernobyl disaster, was caused by the explosion at one of the station’s nuclear reactors on April 26, 1986. Fallout spread across hundreds and even thousands of miles, falling as radioactive rain over Europe, and even reaching Ireland. With huge swathes of territory polluted, the neighboring city of Pripyat and dozens of towns and villages had to be abandoned and turned into ghost-towns. During the following years, over 4,000 people died due to illnesses caused by the disaster. 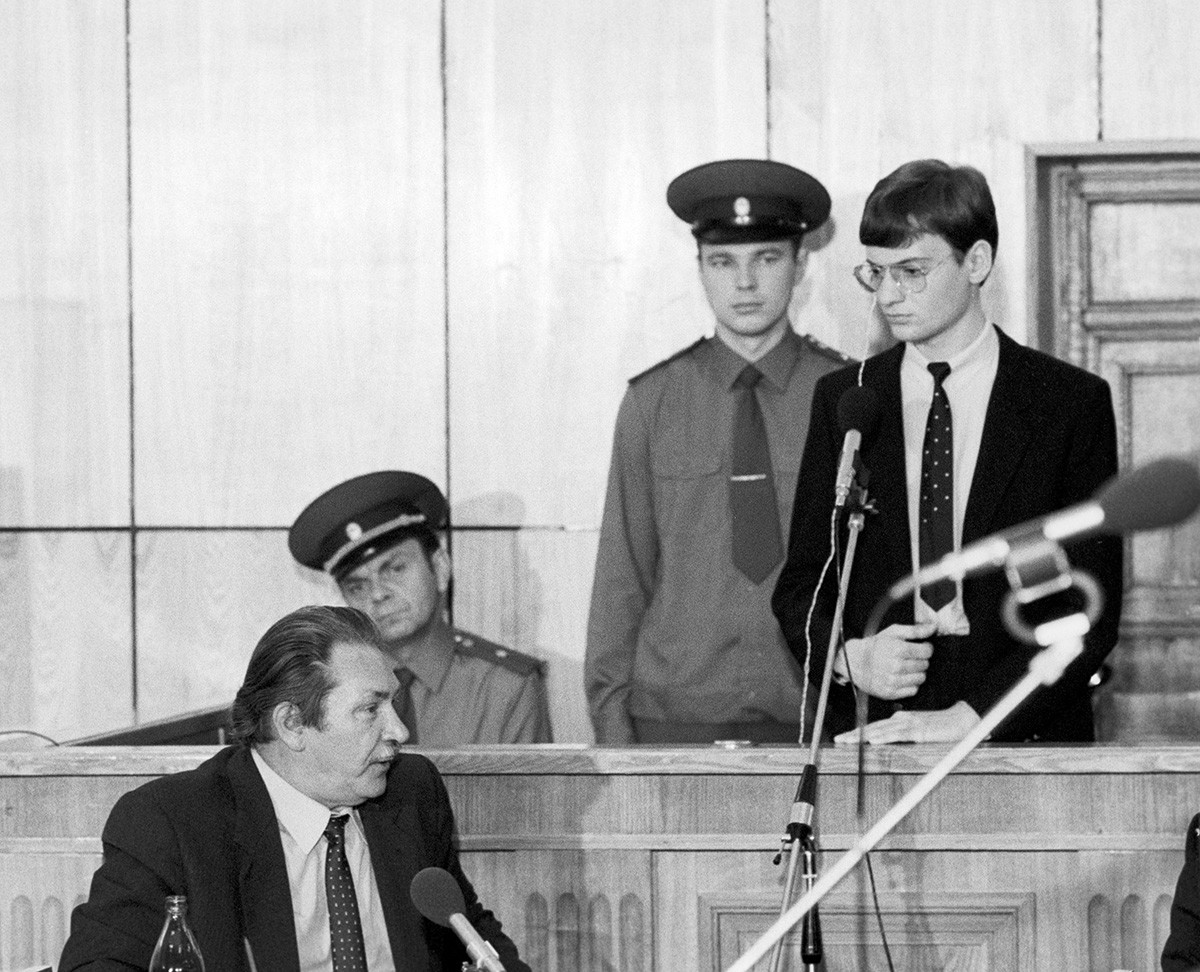 On 28 May 1987, Mathias Rust, a young amateur pilot from West Germany, made an unsanctioned flight from Finnish territory to Moscow, where he landed near Red Square. Soviet anti-air forces monitored the flight, but after the 1983 tragedy with the Korean airliner, didn’t open fire on the intruder. Rust was arrested, but soon released and sent back to West Germany. 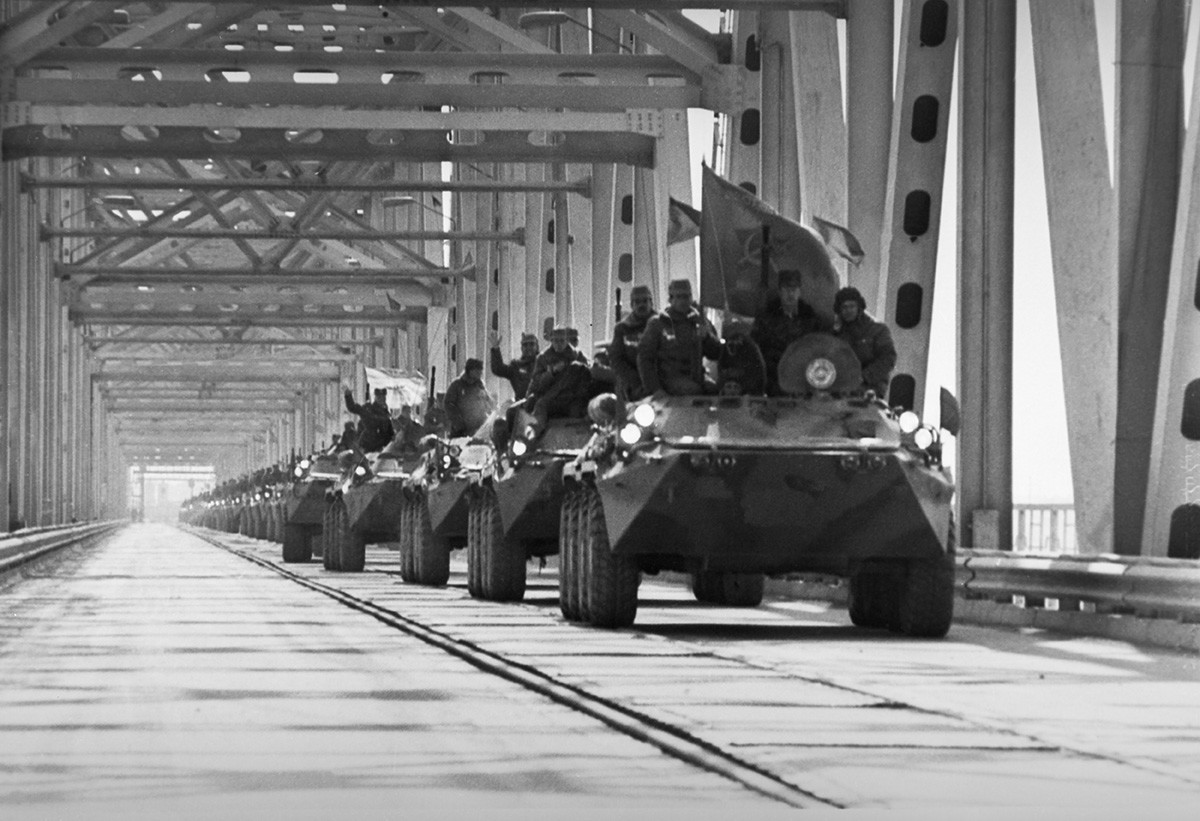 On 15 May 1988, the Soviet Union began withdrawing its troops from Afghanistan. The last Soviet soldiers officially left the country on February 15, 1989. However, some units of the Border Troops remained in Afghanistan until August. 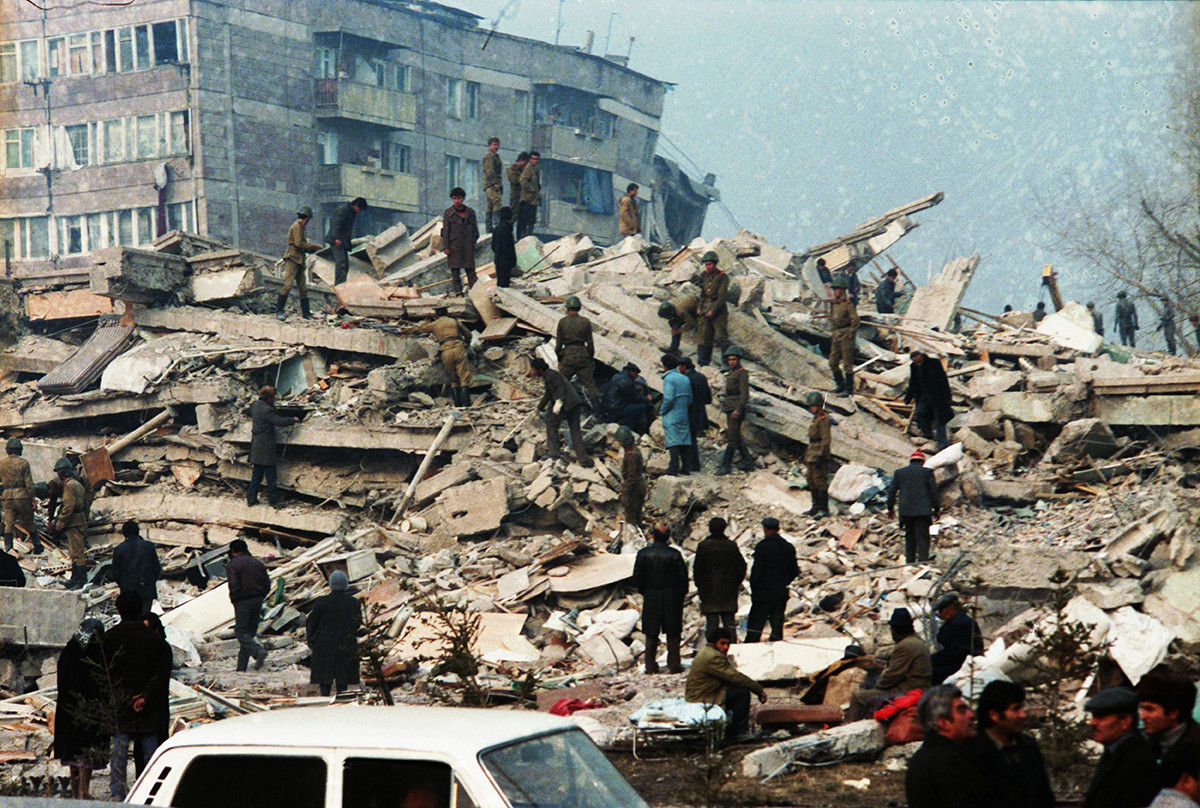 One of the deadliest earthquakes in history, a massive earthquake in northern Armenia on December 7, 1988, completely destroyed the town of Spitak, damaged 21 towns and 300 smaller settlements. It took the lives of 25,000 people, and badly injured more than 140,000. 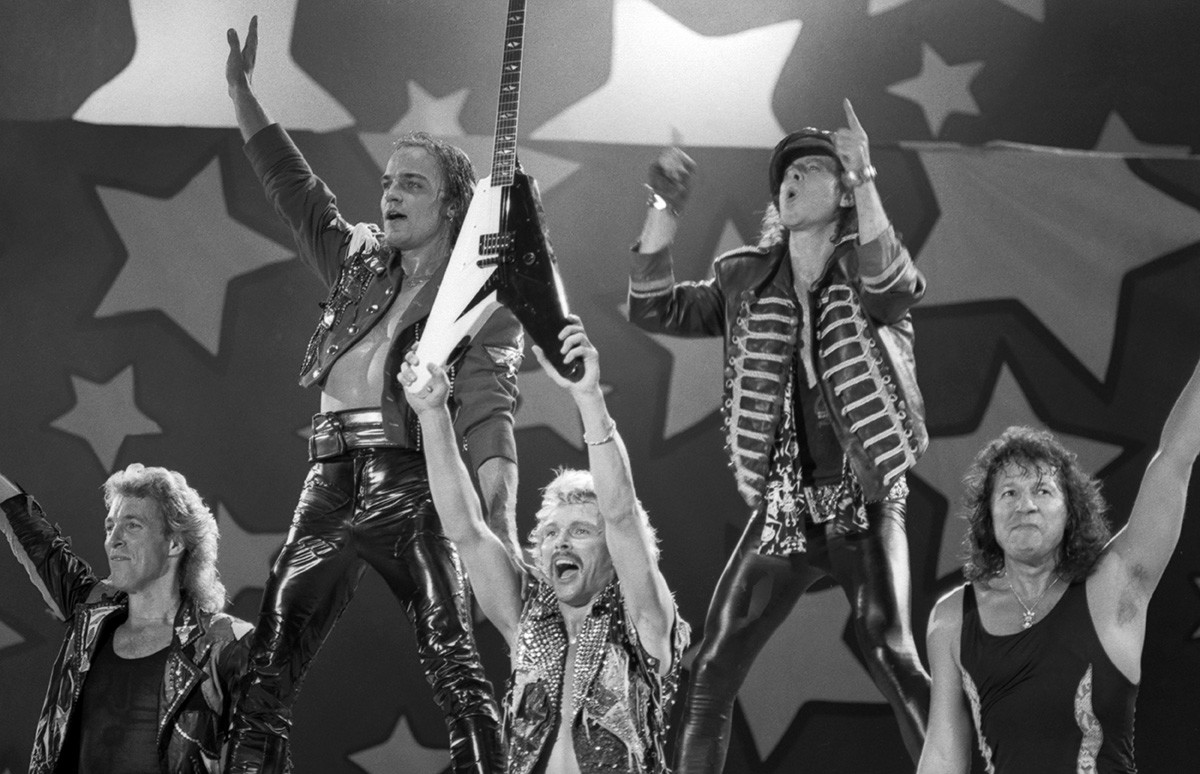 Moscow Music Peace Festival, held 12-13 August 1989, was the first major international rock festival in the Soviet Union. Commonly known as the Russian Woodstock, the festival gathered 100,000 people at Luzhniki stadium in Moscow and an additional billion spectators in 59 countries. Bon Jovi, Ozzy Osbourne and the Scorpions performed, among others. 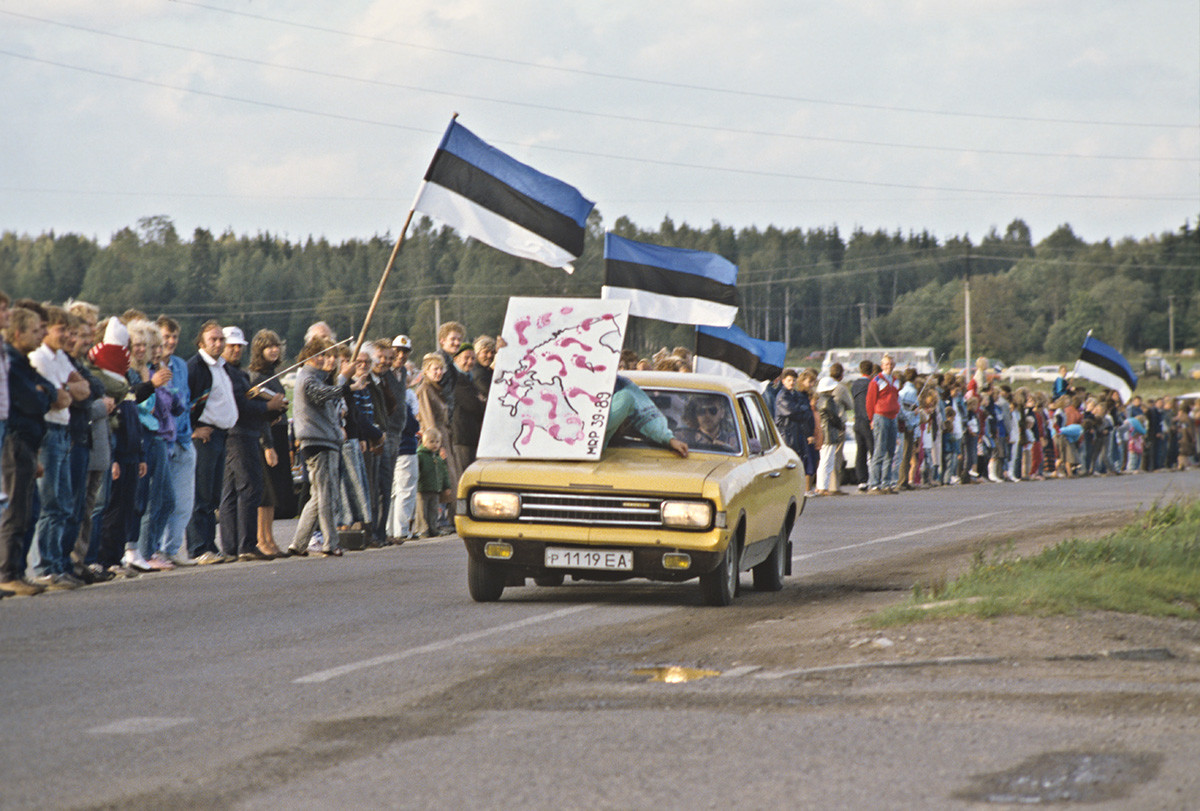 On August 23, 1989, several million residents of the Soviet Baltic republics – Latvia, Estonia and Lithuania – staged the largest peaceful protest ever in the USSR, prompted by the disclosure of new details concerning the 1939 Molotov-Ribbentrop Pact, under which the Soviet Union and Nazi Germany had agreed a secret protocol to carve up Eastern Europe. Joining hands, they formed a human chain that linked the three Baltic capitals – Riga, Tallinn and Vilnius. Stretching over 370 miles, the human chain entered the Guinness Book of Records as the longest in history. It played a major role in the breakup of the USSR.