This American girl was a celebrity in the USSR

History
Boris Egorov
Yuriy Abramochkin/Sputnik
Samantha Smith was not able alone to reconcile the two Cold War superpowers and bring about a thaw, but she definitely played a part in helping avert a potential nuclear apocalypse.

In July 1983, the whole world witnessed an amazing event: an ordinary 11 year-old American girl wrote a letter to the Kremlin and was invited to visit the Soviet Union. Her name was Samantha Smith, and she became America’s youngest-ever Goodwill Ambassador. 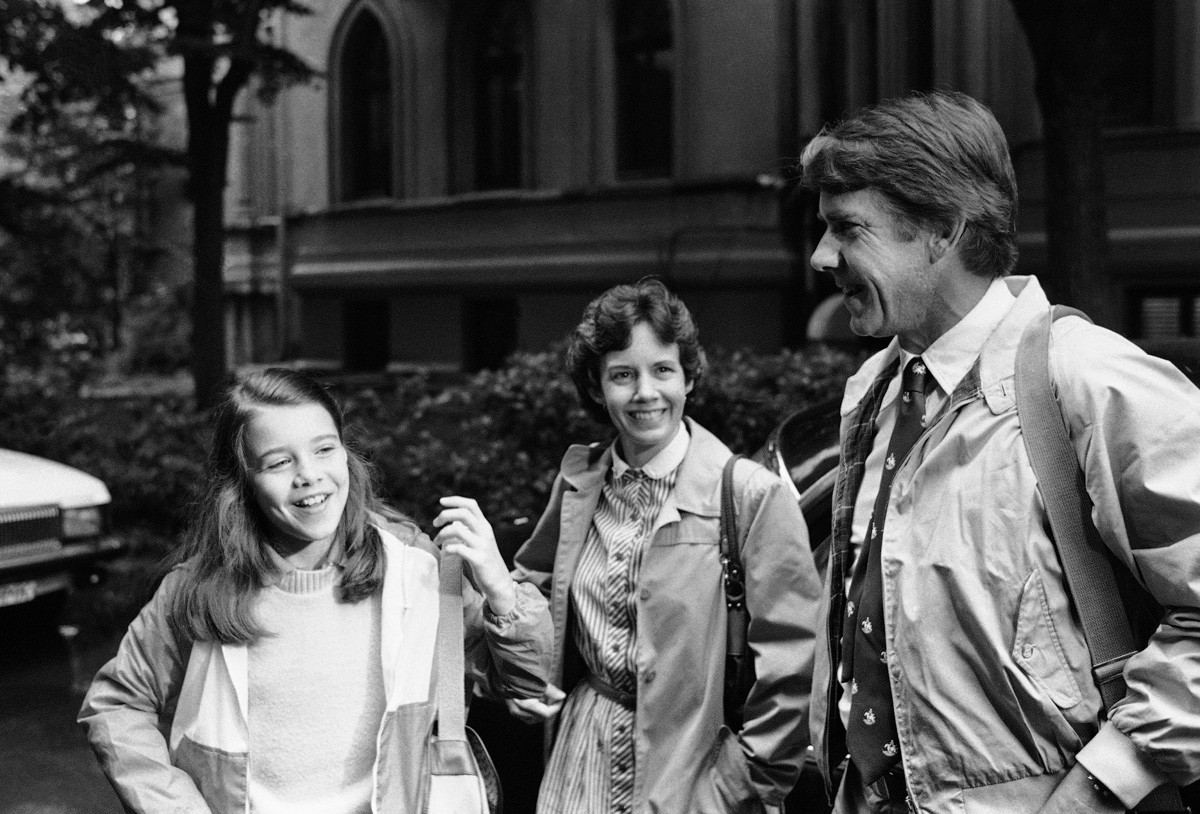 In the early 1980s, Samantha was living with her parents in the small New England town of Manchester, Maine. As so often happened during the Cold War, the world at that time was again on the precipice of a global nuclear conflict between the U.S. and the Soviet Union. And while politicians played their games, common people lived under a permanent cloud of fear and anxiety. 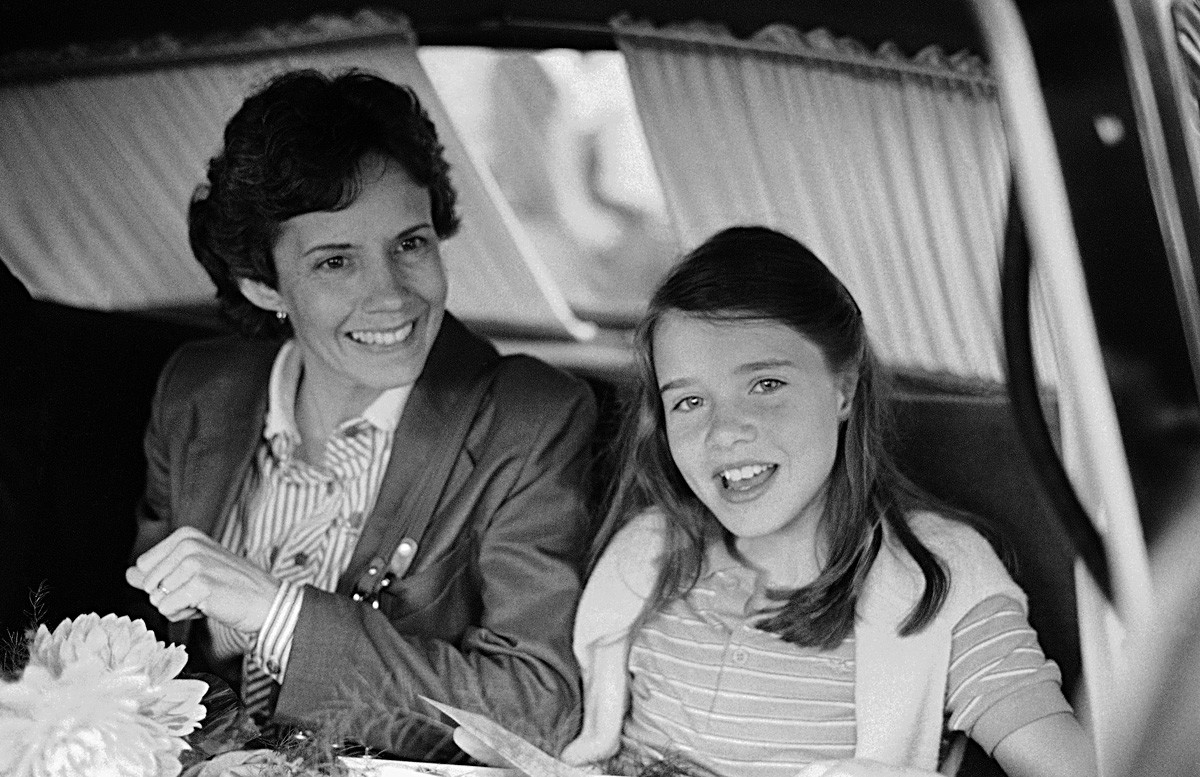 Once, on a magazine cover Samantha saw a photo of the Soviet leader Yuri Andropov, who the U.S. media labelled the bad guy in this tense geopolitical situation. Samantha asked her mother: “If people are so afraid of him, why doesn't someone write a letter asking whether he wants to have a war or not?"  “Why don’t you?” her mother replied. 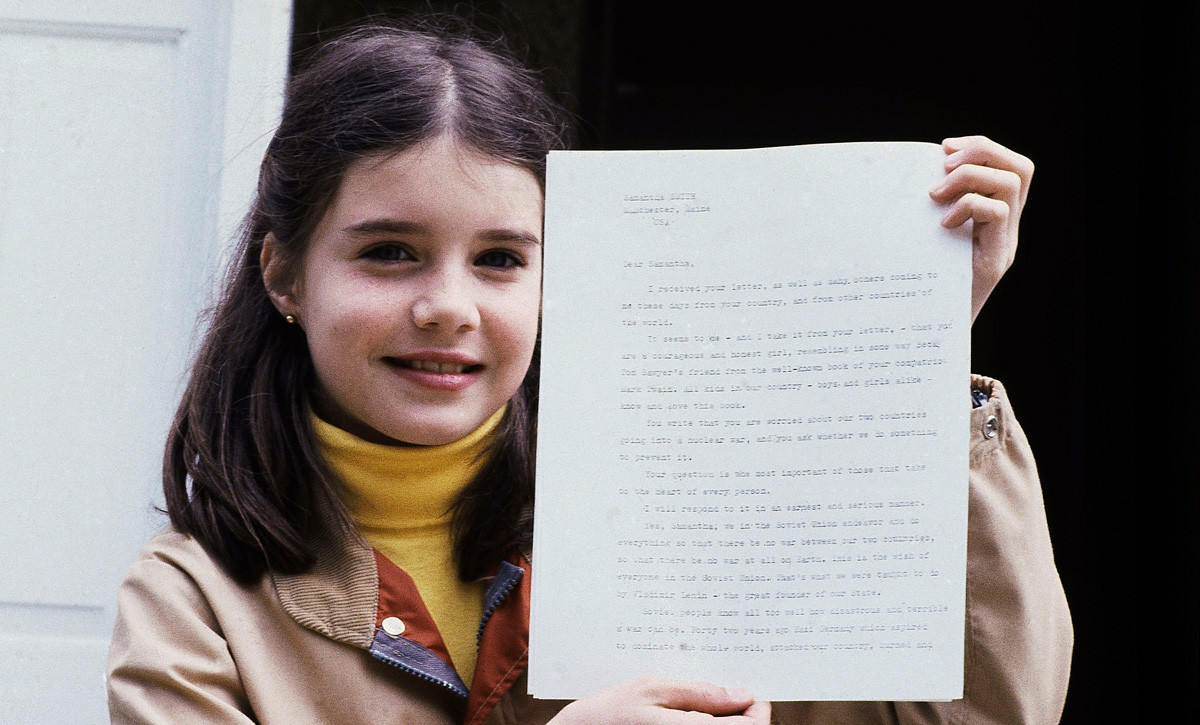 Her mom soon forgot the conversation, but not Samantha. She took the advice seriously and in several days sent a letter to Andropov, where she asked whether he really wanted to start a war and conquer the whole world or at least the U.S. The letter ended with the line: “God made the world for us to live together in peace and not to fight.” 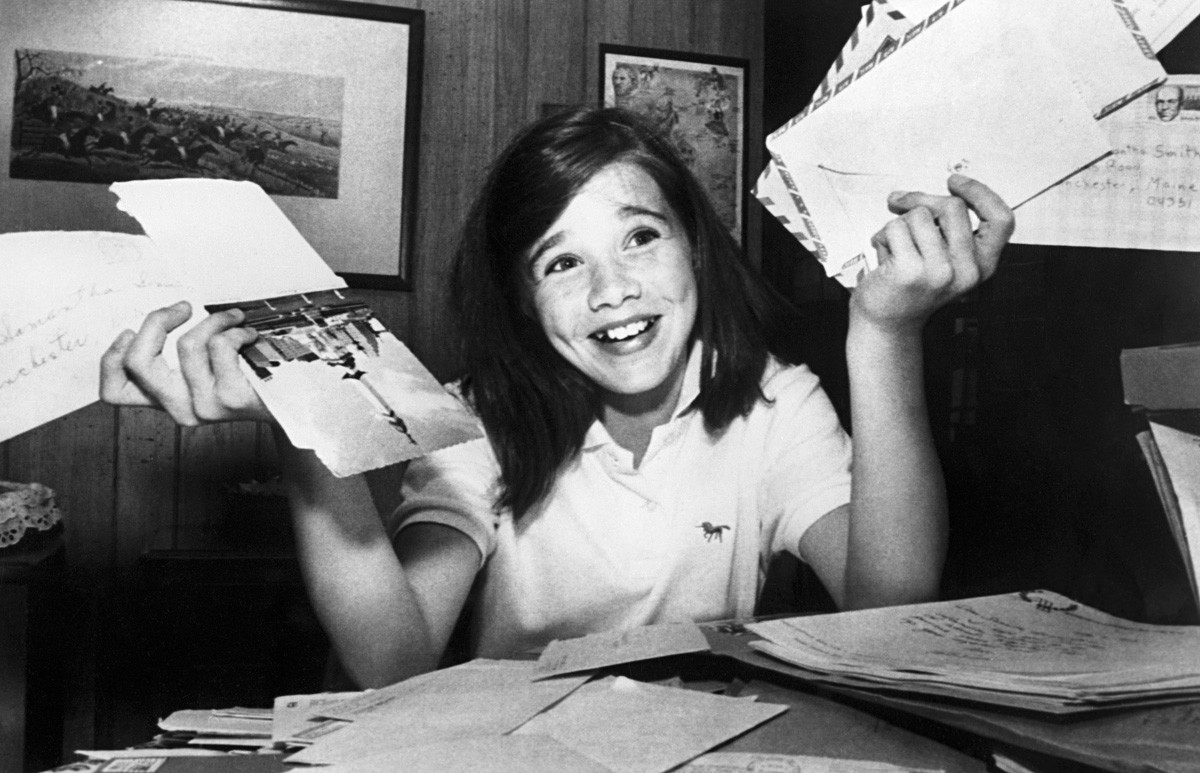 Surprisingly, leading Soviet newspaper Pravda published an extract from her letter. Any other girl may have been happy with that, but not Samantha. She didn’t understand why nobody had answered her questions, and wrote another letter. 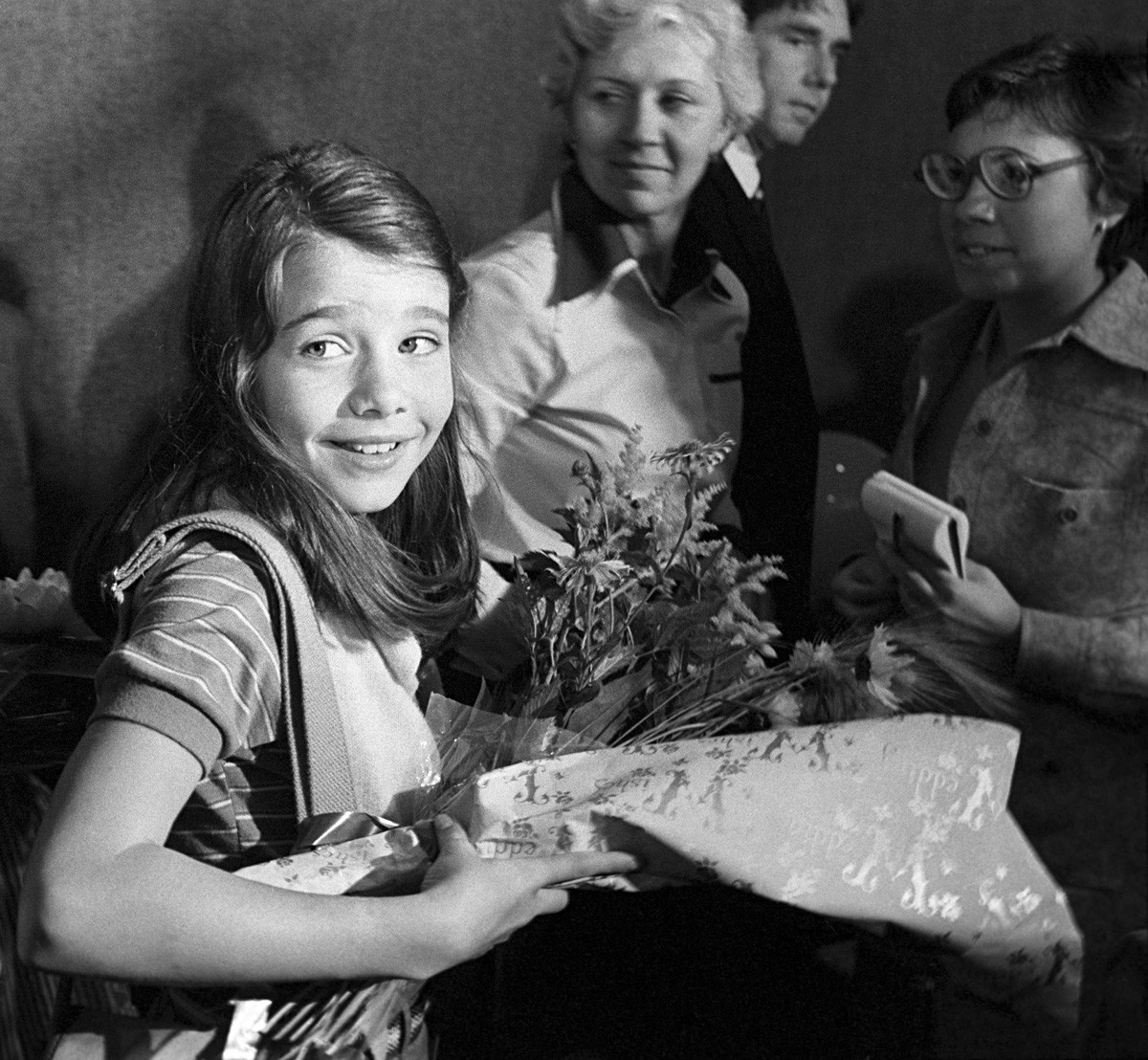 This time Yuri Andropov himself sent a response, laying out the Soviet position: “We want peace for ourselves and for all the peoples of the planet. For our children and for you, Samantha,” he wrote, inviting her to visit the USSR and to see for herself that “in the Soviet Union, everyone is for peace and friendship among peoples.” 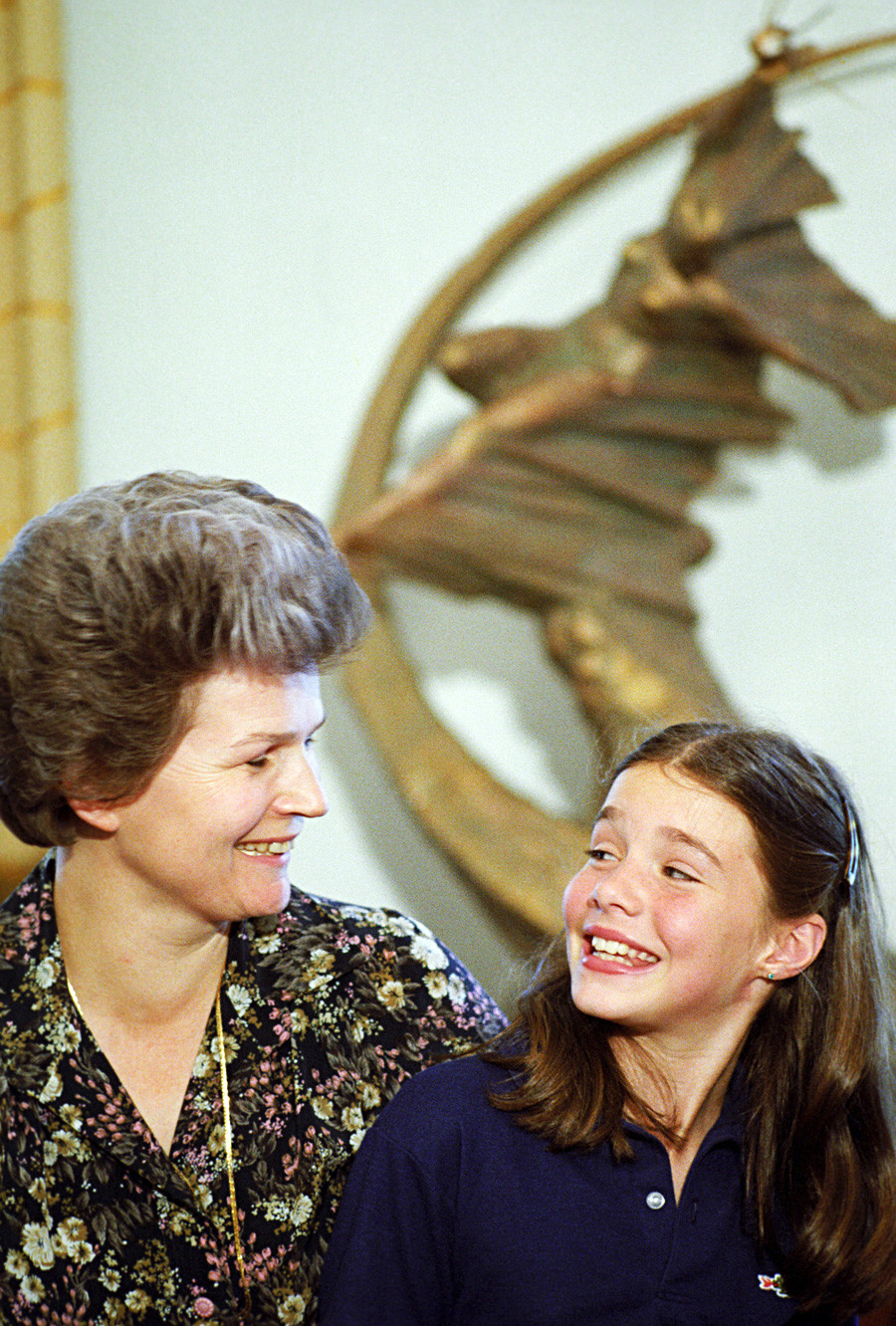 On 7 July, Samantha arrived in the Soviet Union with her parents for a two-week visit. Treated like visiting royalty, she visited all the main sights in Moscow and Leningrad (St. Petersburg). 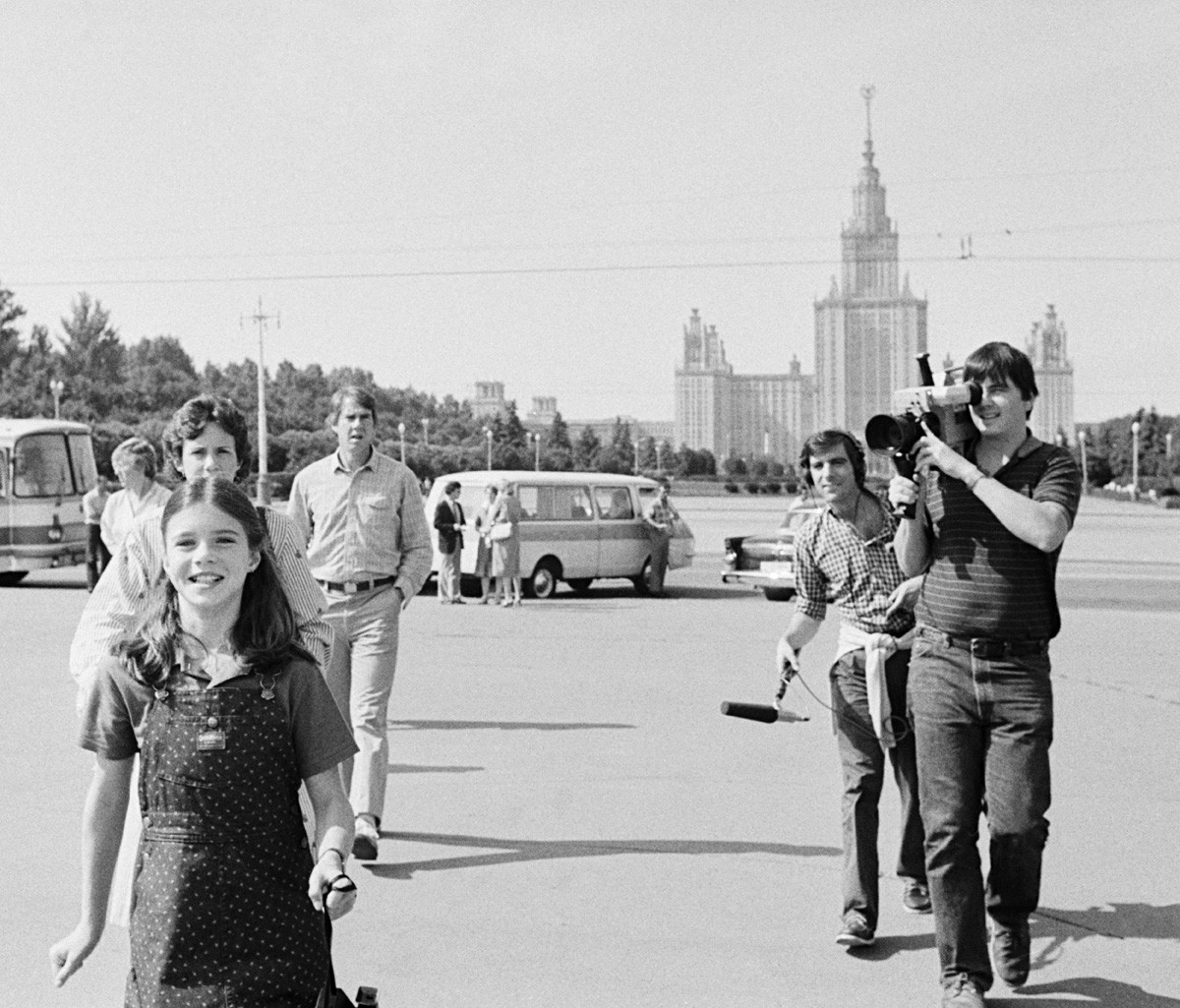 Samantha also spent several days at a top Soviet Young Pioneer youth organisation camp at Artek in Crimea, where she met youngsters from all over the Soviet Union, took part in festivities, stage shows and various activities. She was presented with a Young Pioneer uniform - though without the habitual red tie to avoid any political connotations. 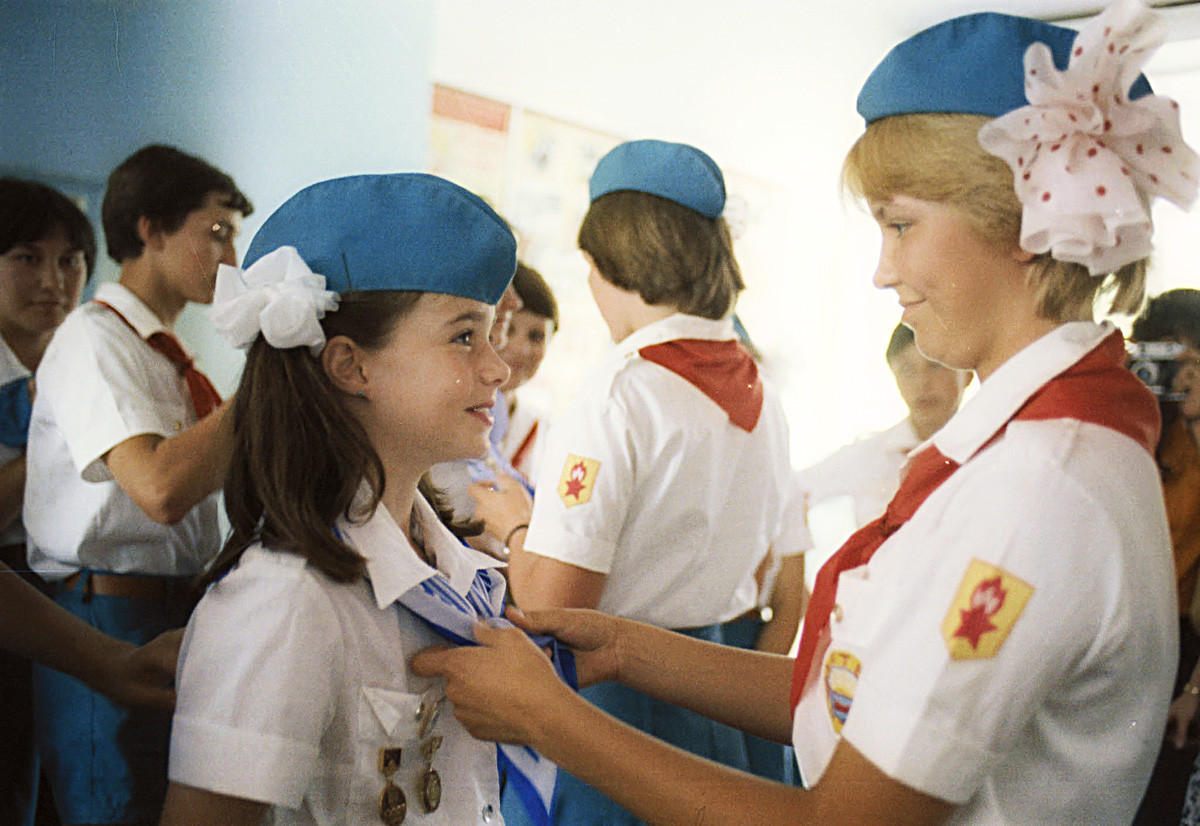 Samantha’s every step was covered by American and Soviet journalists. Brainwashed by propaganda, people in both countries could finally see that people on opposite sides of the Iron Curtain didn’t differ much from each other. 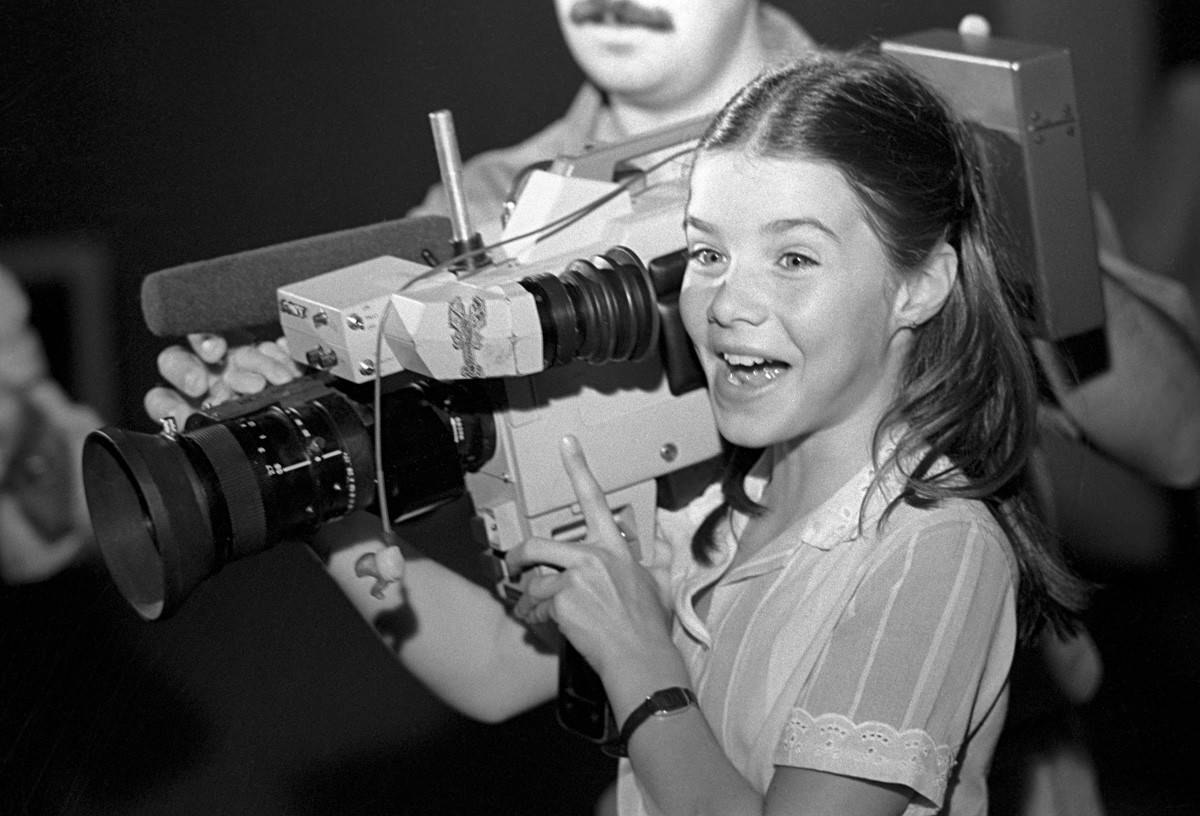 Sadly Samantha was unable to meet Andropov himself - he was already a very sick man at the time. He died less than a year after her visit. 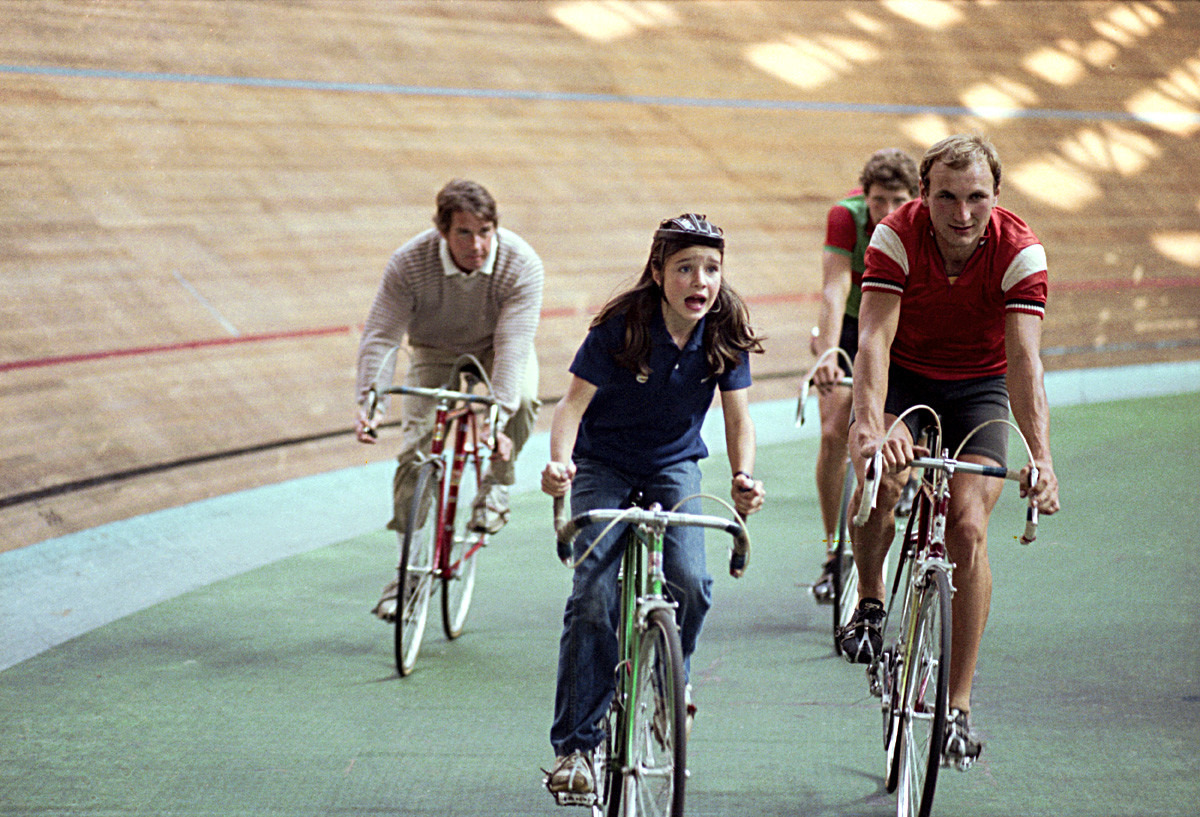 Returning to the U.S., Samantha Smith declared: ’’Now I am certain the Russians, like the Americans, do not want war.” Russians are ‘’just like us,’’ she added. 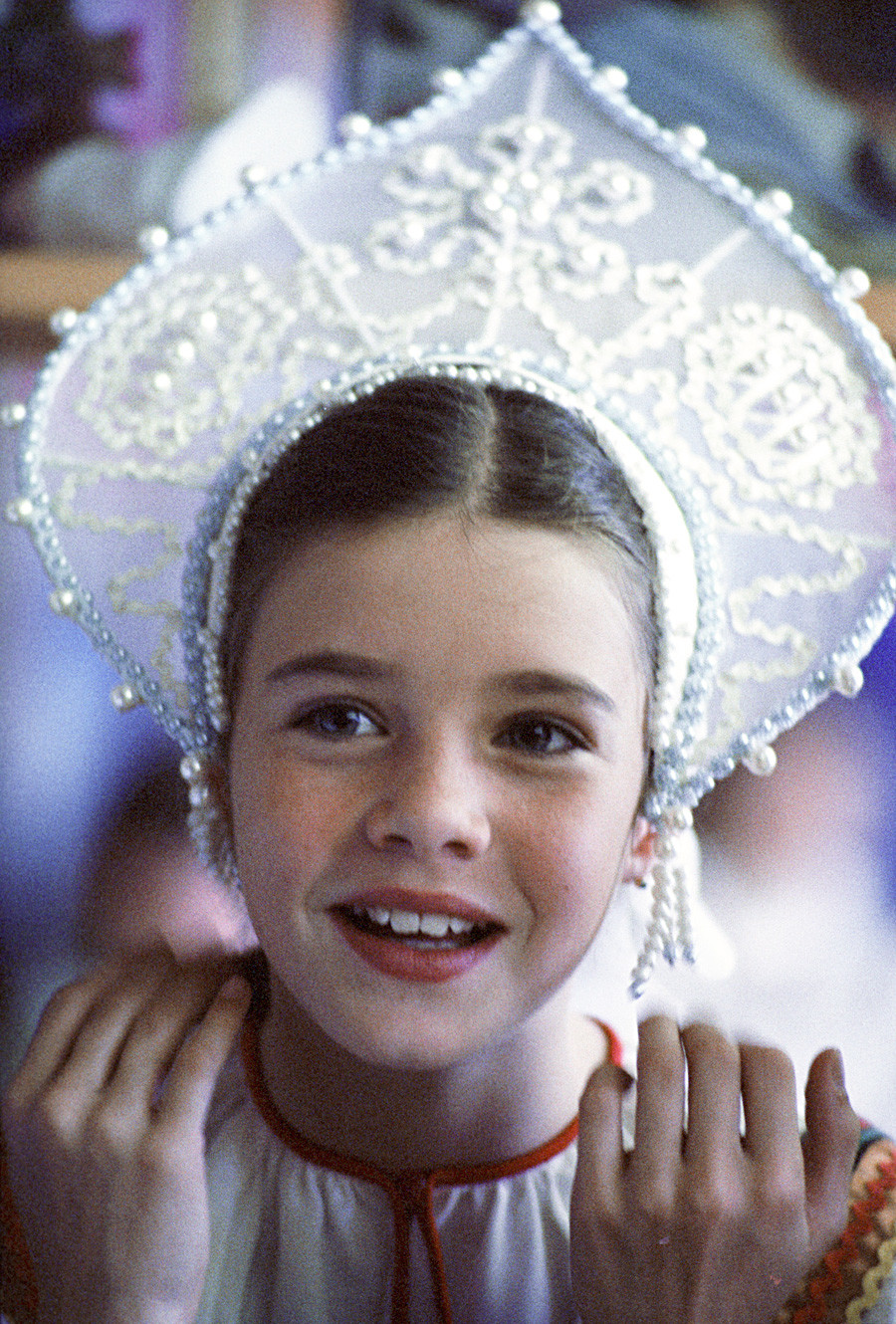 Samantha’s Soviet trip made her a true celebrity. As the youngest Goodwill Ambassador she visited Japan, was a guest on talk shows at home, and appeared in the cast of popular TV shows. Unfortunately, her promising life came to an abrupt and premature end on 25 august 1985 when she died in an air accident. Her death shocked the world and was mourned in the U.S. and the USSR alike. 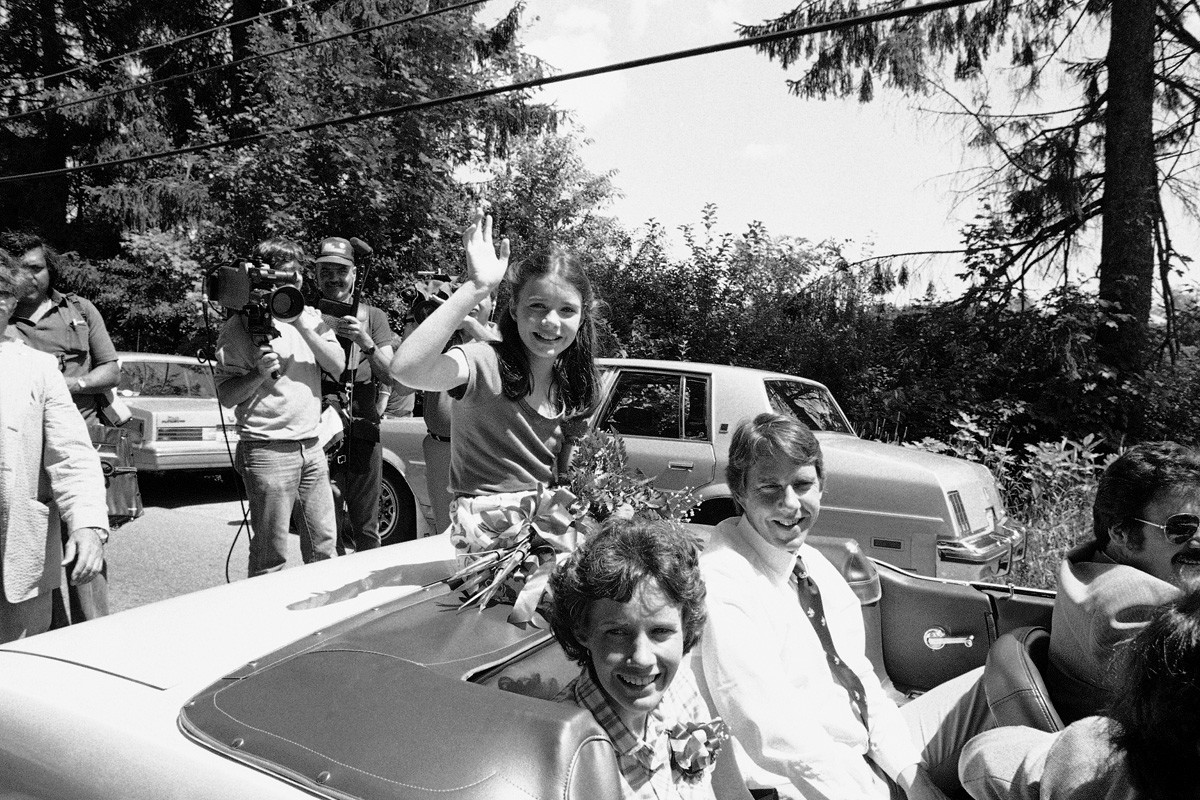 In 1986, the Soviet Union decided to organize a return visit to the U.S. However, although 12 year-old Katya Lycheva’s visit was widely covered by the American media - and she even met President Ronald Reagan - she lacked Samantha’s charisma and charm and never became as popular as the little American peace activist. 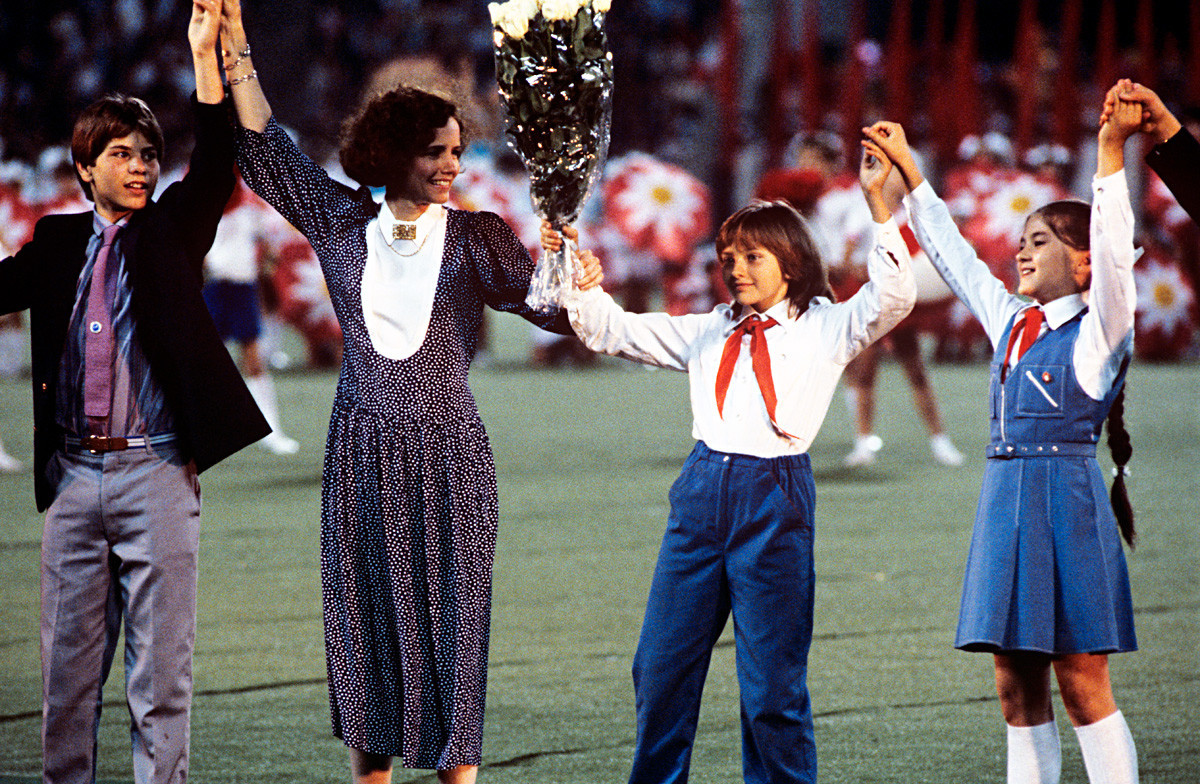