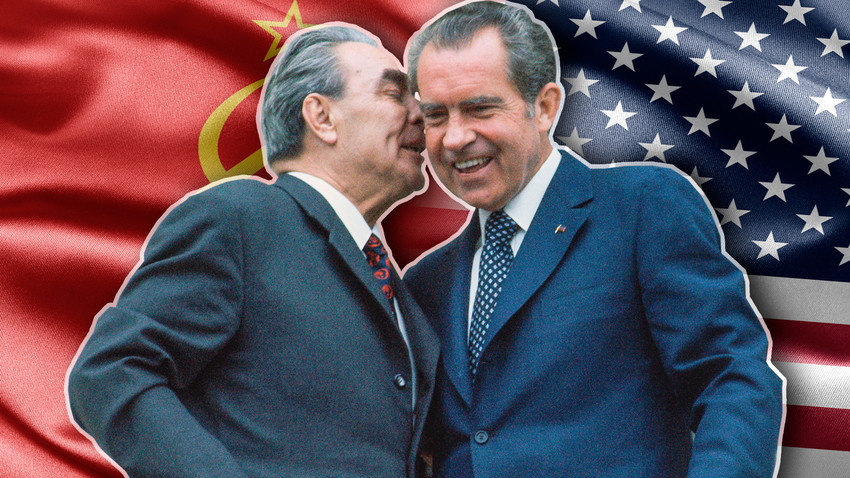 Getty Images; Legion media
Many attempts to warm relations between the capitalist and socialist camps were made in the 1970s. This process instantly collapsed when the Soviets interfered in Afghan affairs. 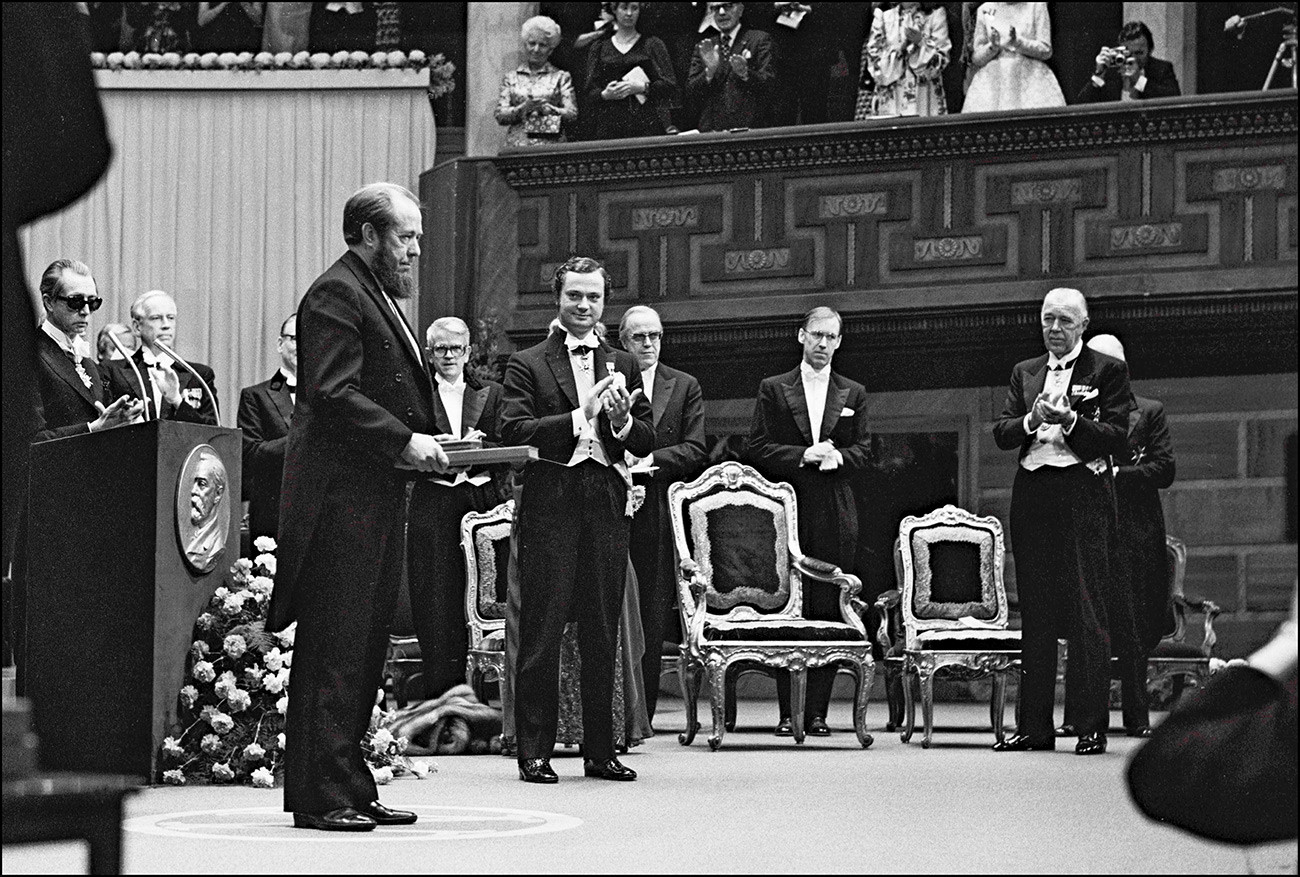 On Oct., 8 1970, writer and major critic of the Soviet Union and communism Alexander Solzhenitsyn was awarded the Nobel Prize for the “ethical force with which he has pursued the indispensable traditions of Russian literature.” After that, a widespread anti-Solzhenitsyn propagandistic campaign was initiated in the USSR. A special team was set up inside the KGB to focus exclusively on Solzhenitsyn. Four years later the writer was expelled from the country.

2. First rover on the Moon 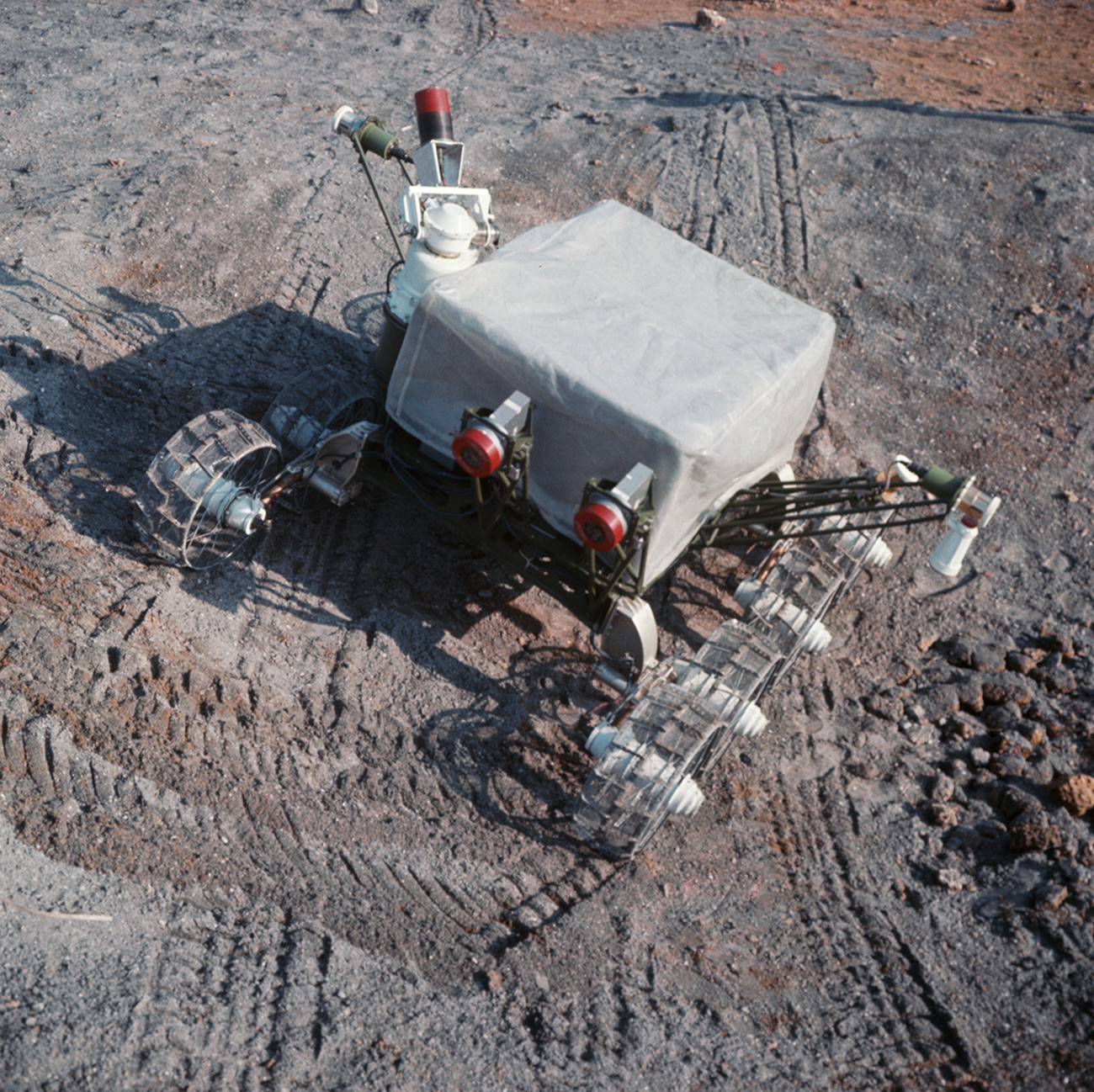 Having failed to put the first human on the Moon, the USSR celebrated instead with robots. On Nov. 17, 1970, the Soviet Lunokhod 1 (“Moonwalker”) remote-controlled rover landed on the lunar surface. It was the first rover to freely move across the surface of an astronomical object beyond Earth, as well as the first wheeled craft on another celestial body. 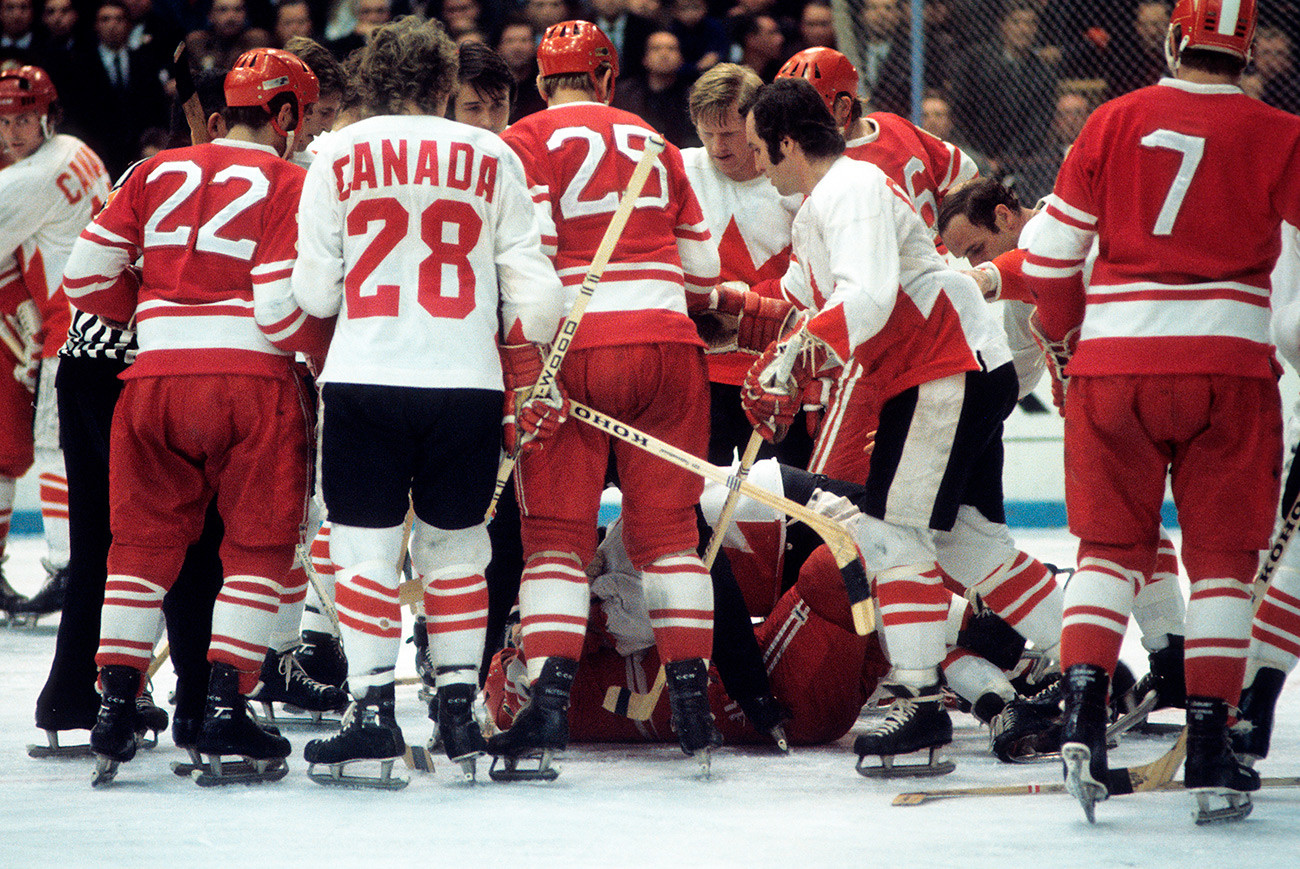 The Canada–USSR Series (aka Summit or Super Series) was the first ever competition between the national hockey teams of the USSR and Canada. The greatest shock for the world was the unexpected Soviet victory (7-3) in the first match in Montreal. Eight matches were played in total. Canada celebrated victory four times, the Soviet team three, and one match ended in a draw. 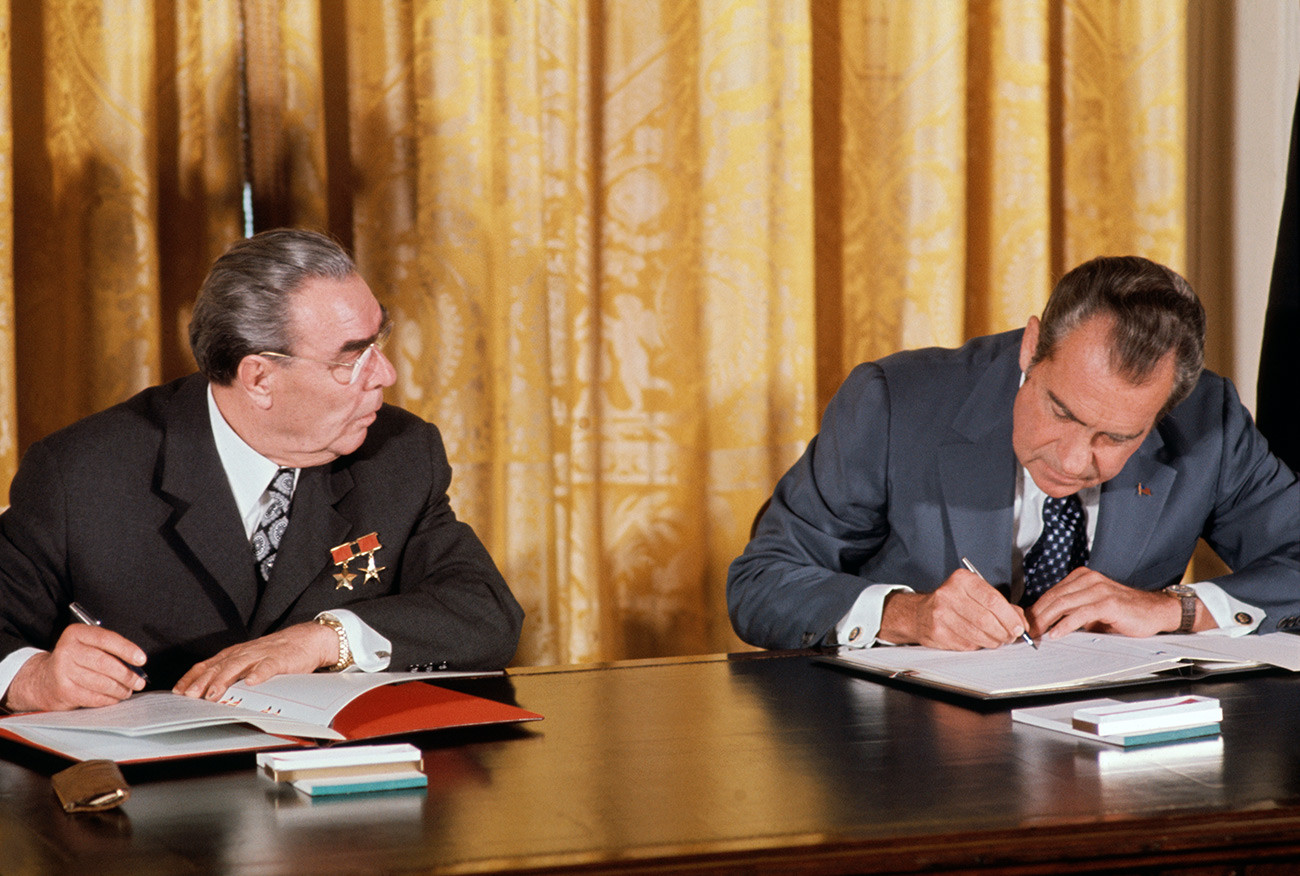 On May 26, 1972, the two superpowers made an attempt to restrain the arms race and save the globe from a possible nuclear apocalypse. The Strategic Arms Limitation Talks Agreement (SALT) and the Strategic Arms Limitation Talks Agreement (ABMT) were intended to freeze the number of strategic nuclear weapons at existing levels and prevent their further development and deployment. These were key points of the détente period - the easing of Cold War tensions between the U.S. and the Soviet Union. 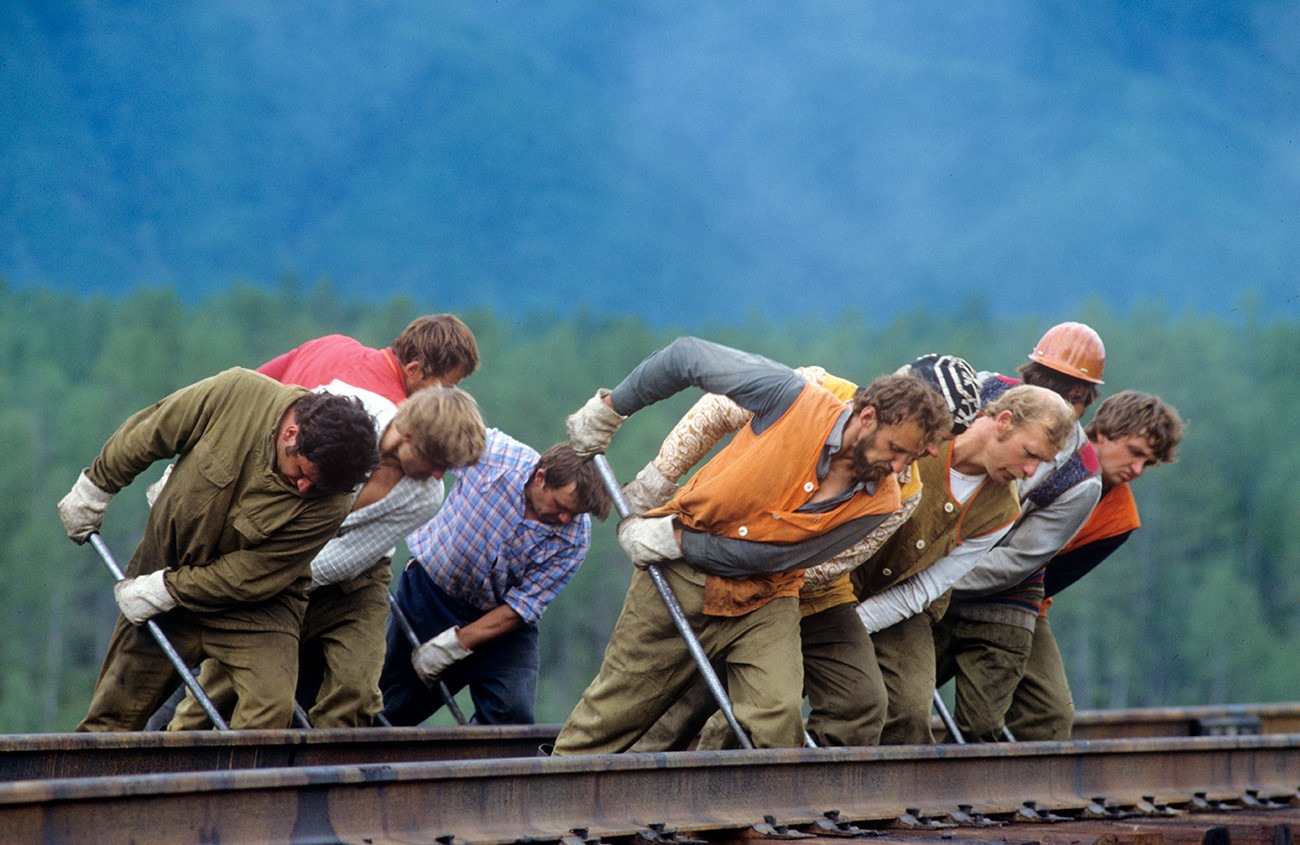 One of the world’s longest railways, the Baikal-Amur Mainline (BAM), was founded in 1938, but large-scale construction started only in 1974. The whole country worked on this “project of the century.” Today the 4,324 km long BAM connects vast territories between eastern Siberia and the Russian Far East. 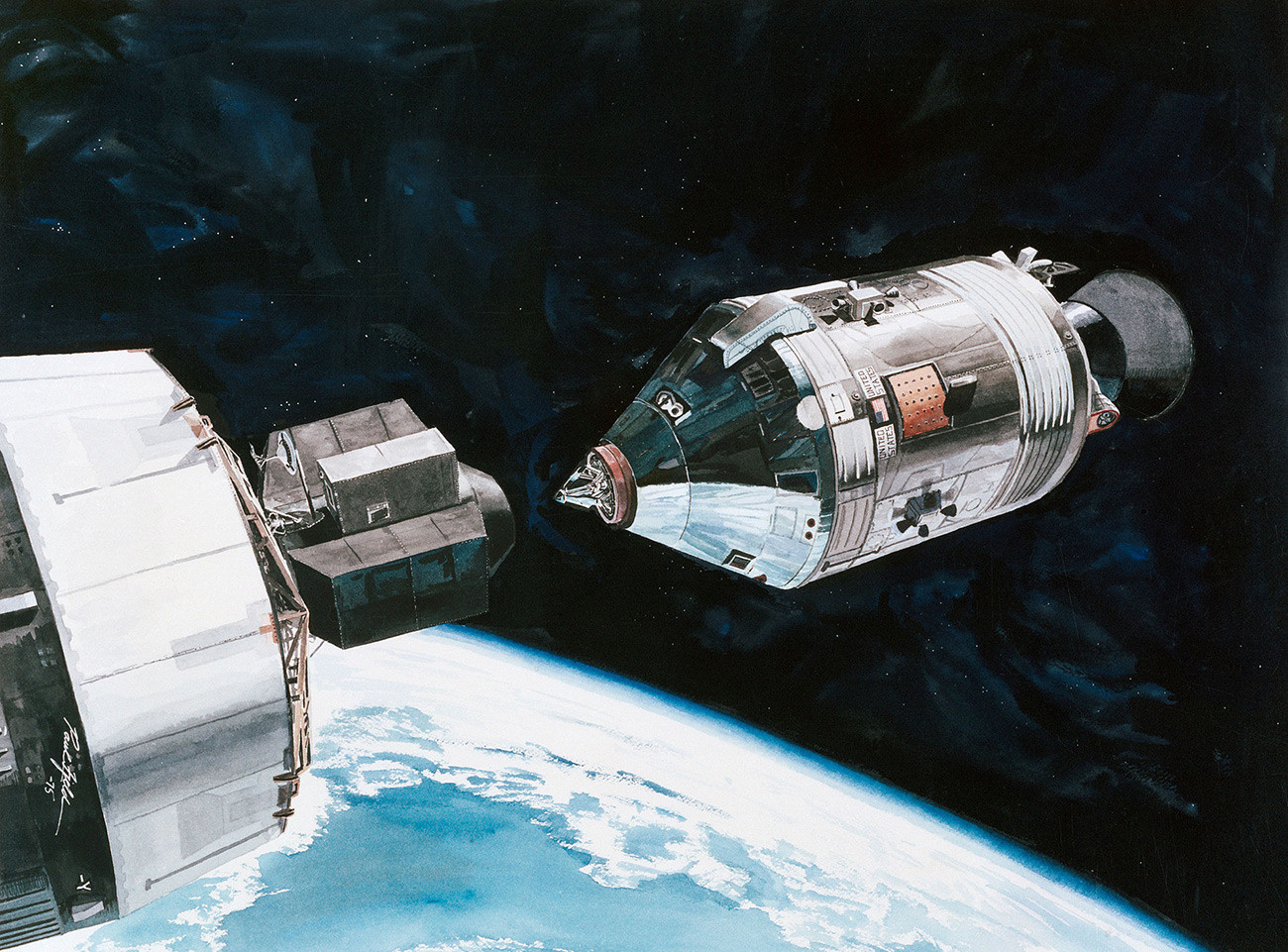 July 15, 1975, saw the first ever docking of American and Soviet spacecraft, known as the Apollo–Soyuz Test Project and “the handshake in space.” The joint mission of the U.S. Apollo command and service module and the Soviet Soyuz 19 capsule had both scientific and propagandistic objectives, becoming the main symbol of the policy of détente. 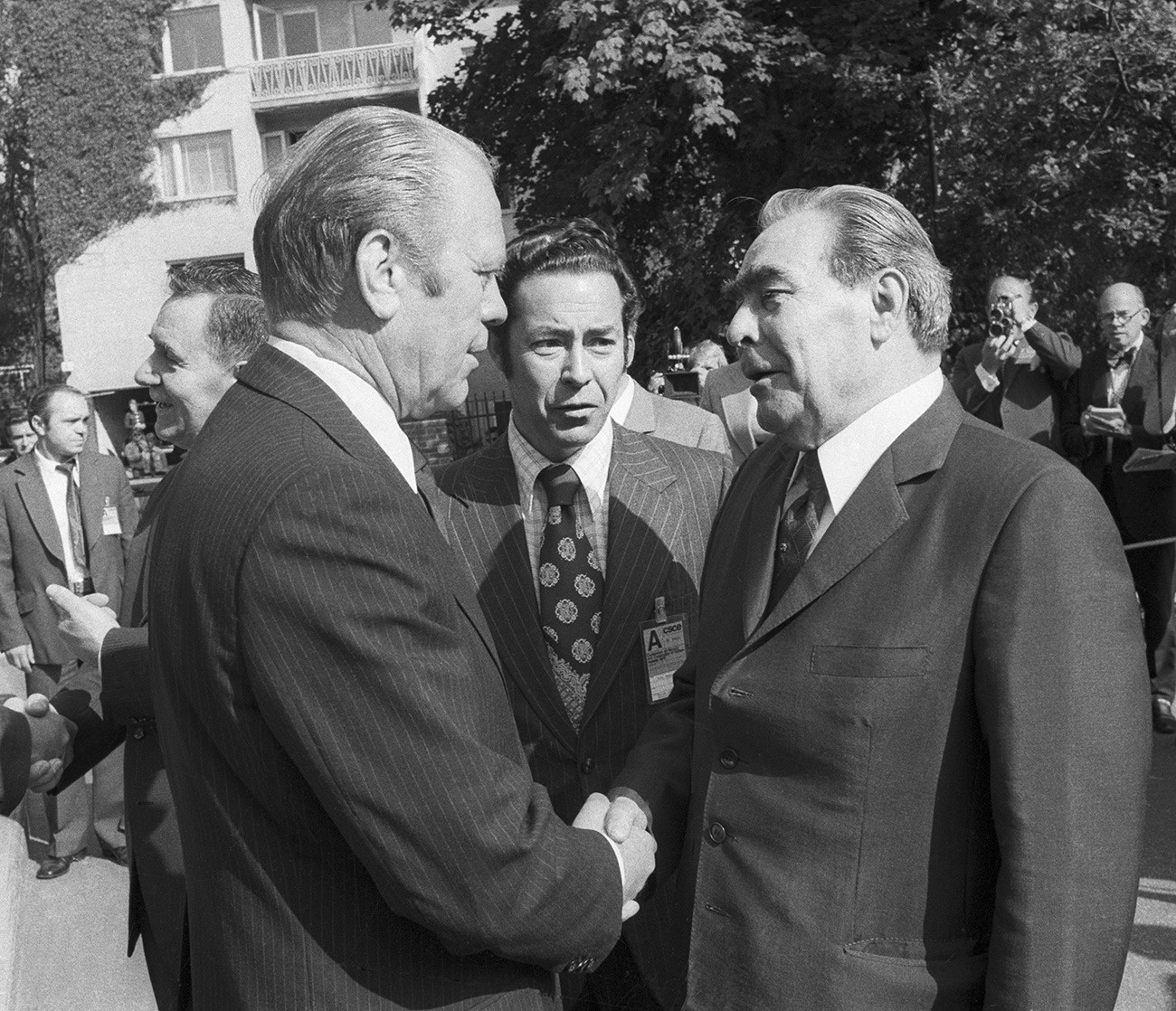 On Aug. 1, 1975, thirty-five countries, including the U.S. and the USSR, signed the declaration in an attempt to improve relations between the communist and capitalist worlds. The agreement recognized the inviolability of the post-World War II frontiers in Europe and pledged the 35 signatory nations to respect human rights and fundamental freedoms and to cooperate in economic, scientific, humanitarian, and other areas. 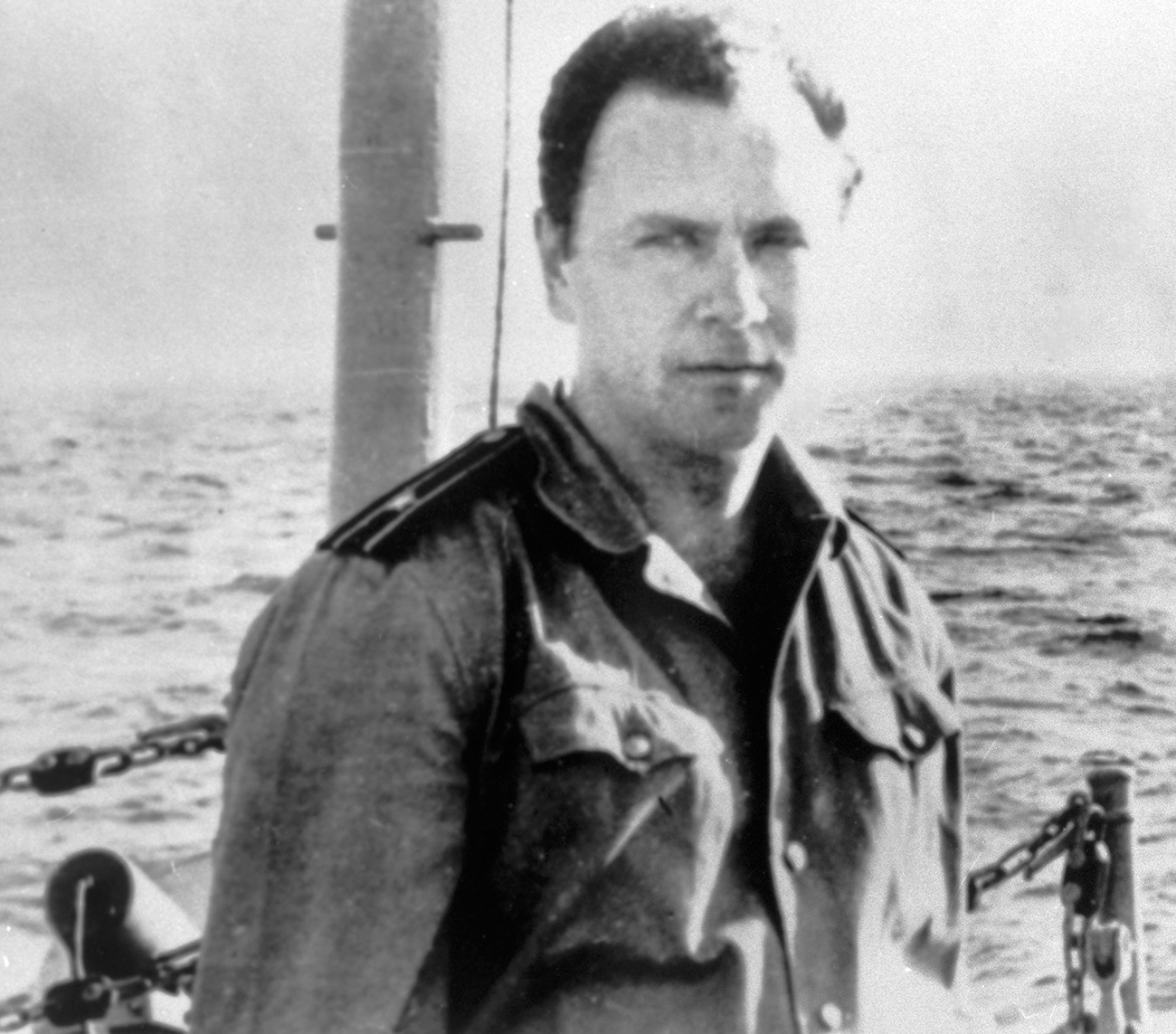 On Nov. 9, 1975, Third-Rank Captain Valery Sablin seized the Baltic Fleet anti-submarine frigate Storozhevoy and proclaimed the start of a new revolution. He declared that the Soviet leadership no longer adhered to the doctrine of Vladimir Lenin and the country desperately needed radical change. Most of the crew, however, did not support him. Sablin was arrested and executed the next year. 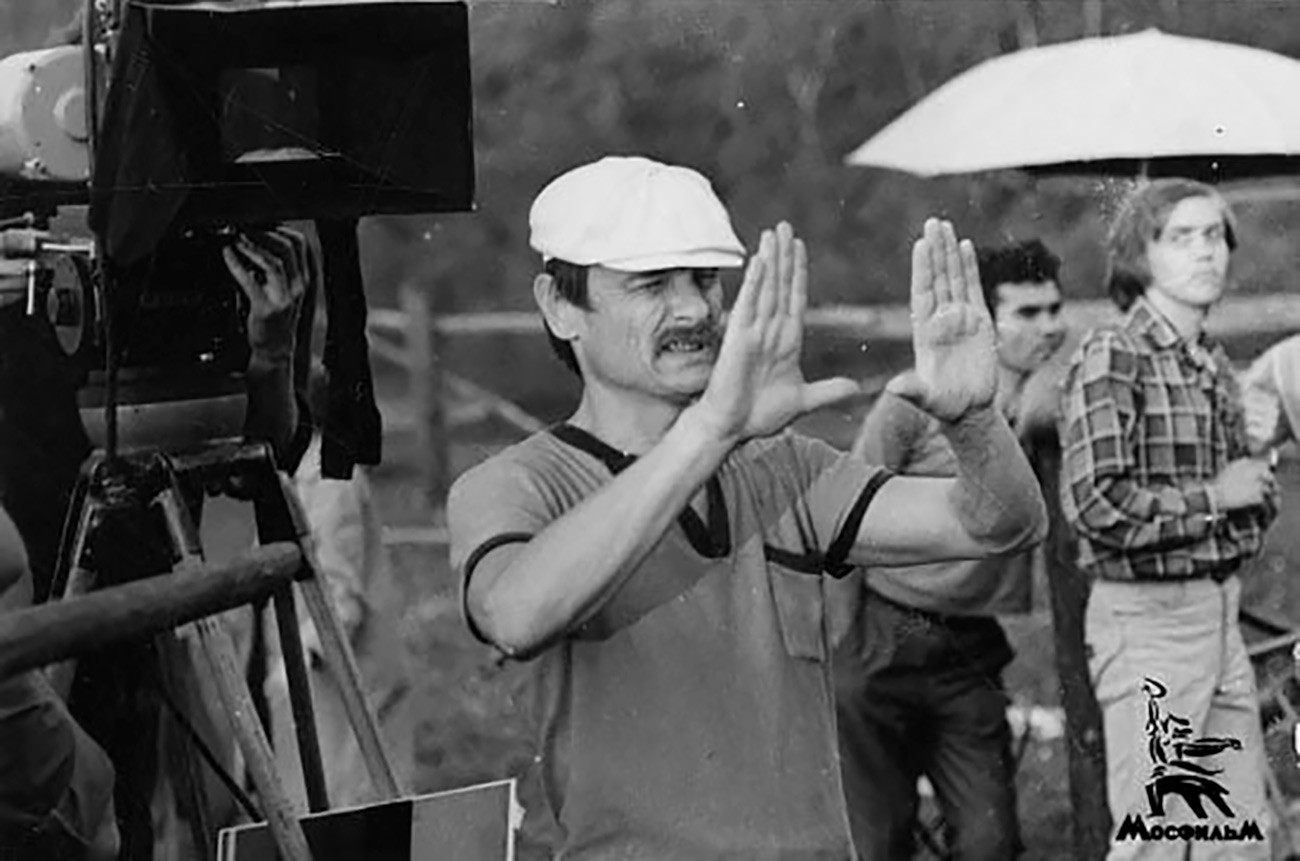 The 1970s were a tremendously productive period for Andrei Tarkovsky. Three of his most famous movies were released that decade: Solaris (1972), Mirror (1975), and Stalker (1979). In 1980 the director moved to Italy, never return to the Soviet Union.

10. First bombing in the Moscow Metro 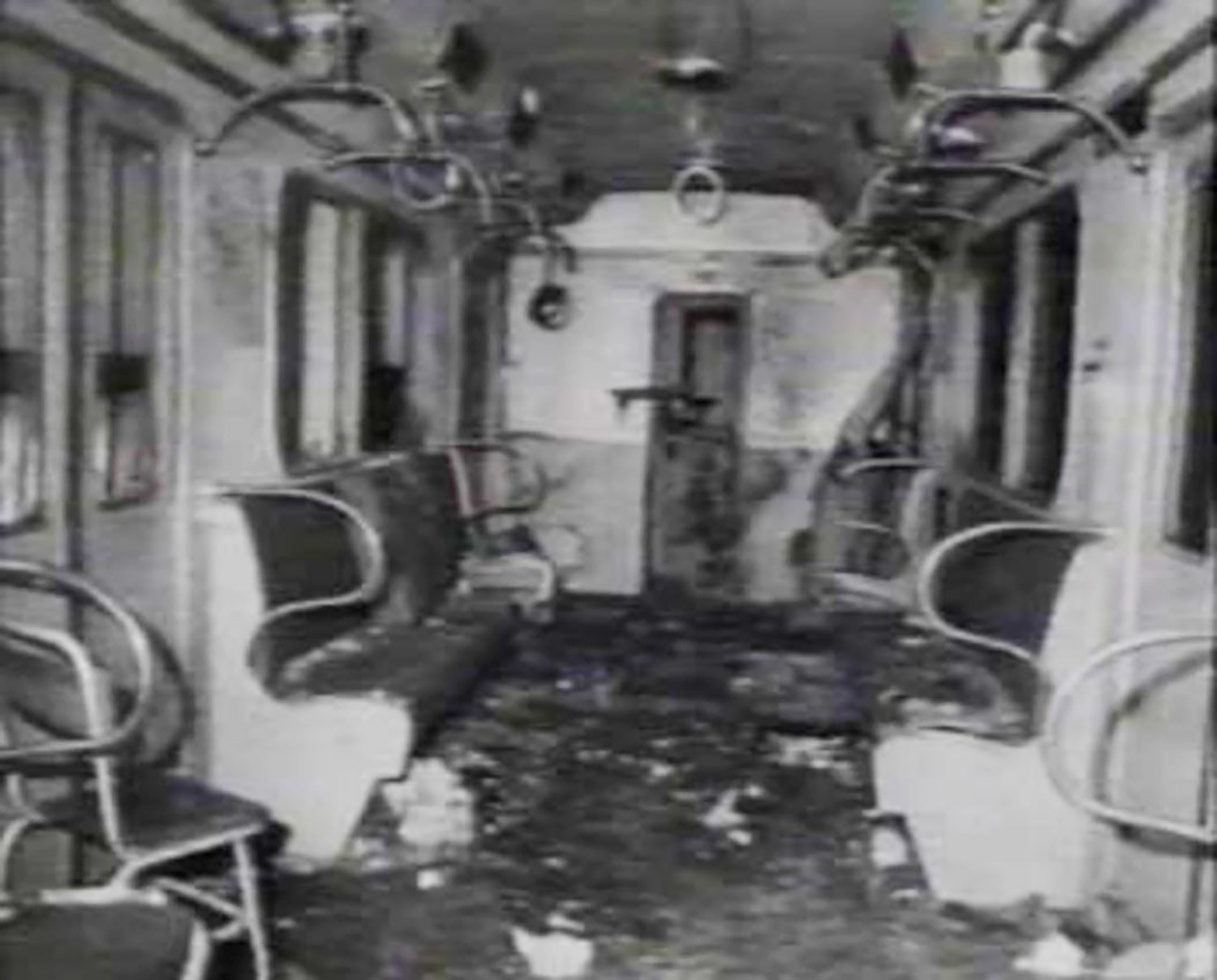 In 1977, the Moscow Metro suffered the first terror attack in its history, when a bombing killed seven people. Three members of the National United Party, an Armenian nationalist organization, were found guilty and executed. 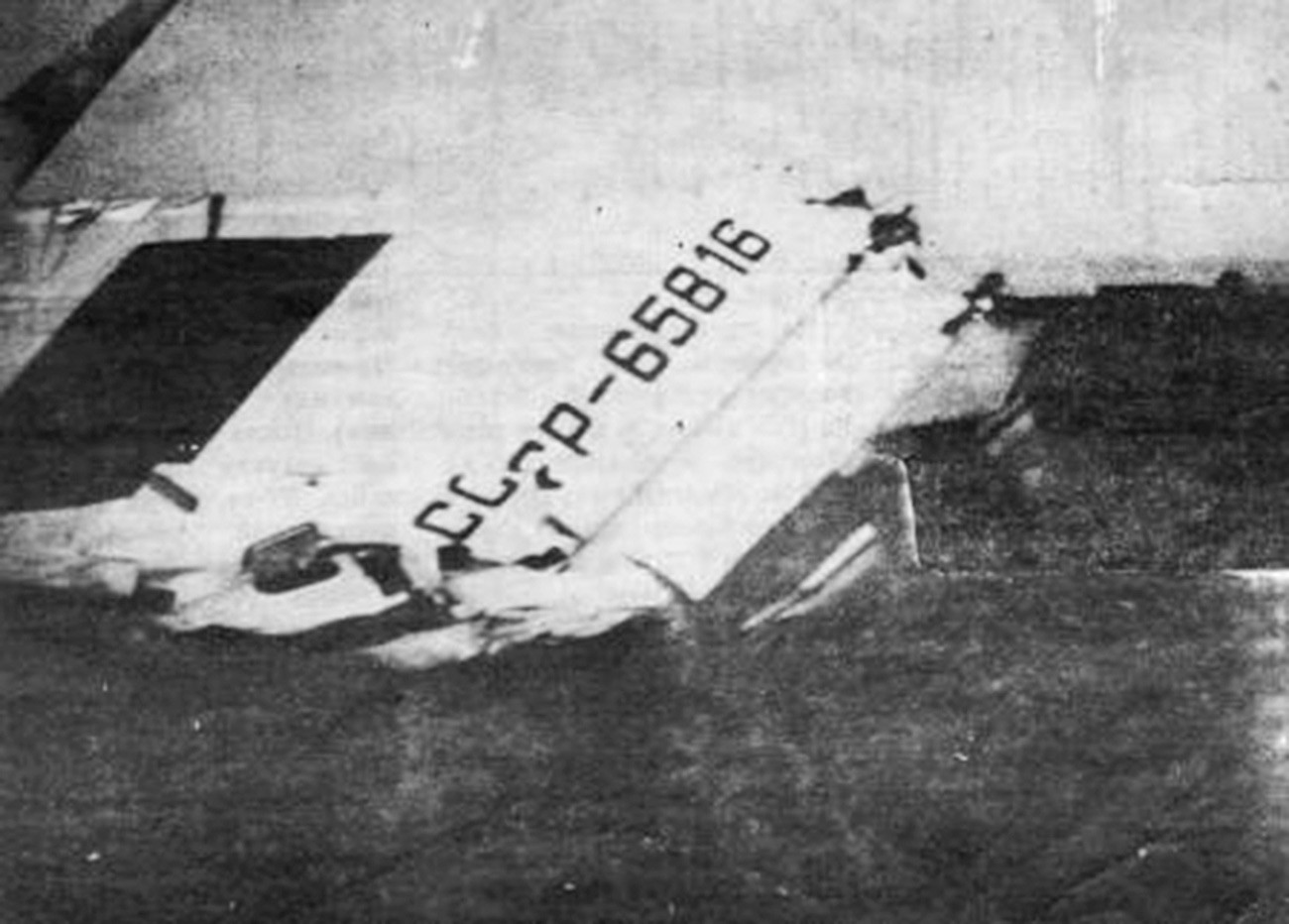 A mid-air collision between two passenger aircraft in the skies over the Soviet Ukrainian city of Dniprodzerzhynsk on Aug. 11, 1979, was one of the deadliest air catastrophes ever. The crash was caused by rookie air controllers who mistakenly directed two Tu-134s towards each other. As a result of the collision, 178 passengers and crew members were killed. 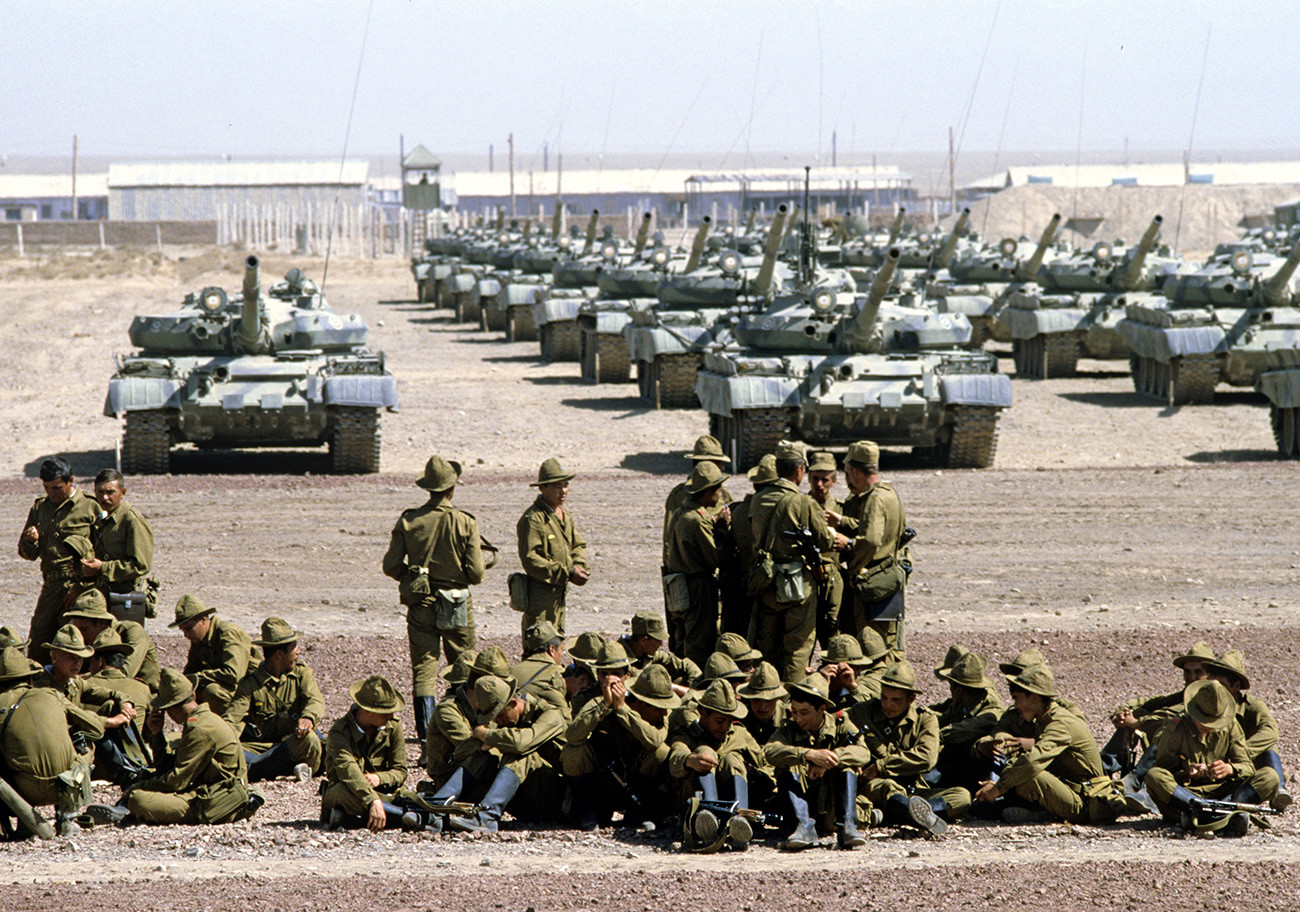 At first, the Soviet leadership had no intention of engaging in the civil conflict between the government of the Democratic Republic of Afghanistan and the Mujahideen rebel groups. The Limited Contingent of Soviet Forces in Afghanistan was occupied with securing strategic objects and important transport routes. However, from the spring of 1980, the Soviet Union was drawn into large-scale hostilities. Soviet involvement in Afghanistan instantly ended the détente period in U.S.-Soviet relations and breathed new life into the Cold War.