How did a Navy officer organize one more revolution in the USSR in 1975? 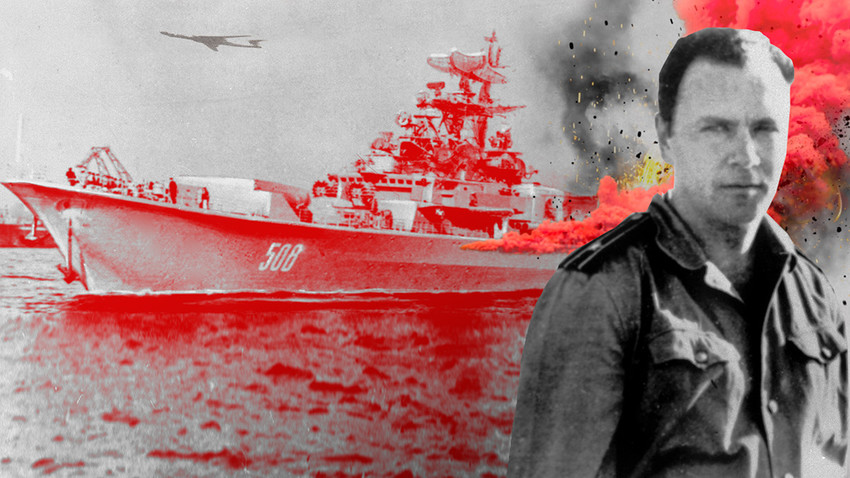 Sputnik
It’s hard to imagine, but in 1975, in the middle of the peaceful and quiet years of the so-called Era of Stagnation in the Soviet Union, a Navy captain seized a warship and attempted a coup d’état. This episode inspired Tom Clancy to create his iconic novel The Hunt for Red October.

On 9 November 1975, Russia experienced an extraordinary event that it hadn’t seen for over 50 years - a revolution attempt. Third-Rank Captain Valery Sablin seized a Baltic Fleet anti-submarine frigate and declared that the Soviet leadership no longer followed the doctrine of Vladimir Lenin and the country desperately needed radical change.

The rebel warship left the port of Riga and started its journey to Leningrad, from where Sablin planned to launch a major revolution that would shake the whole enormous country.

A third-generation Navy officer, Valery Sablin had been a diligent student at the Leningrad Higher Naval School, often praised by his teachers and respected by classmates, who noted his keen sense of justice.

However, the career of a military officer who blindly follows orders wasn’t to Sablin’s taste. He was eager to understand and analyse the political processes going on in his country. And many things deeply displeased him. Sablin realized that the country needed radical transformation.

Officer Nikolay Cherkashin, Sablin’s colleague, recalled: “He had always thought globally… He tried to deeply understand social phenomena. He was a natural politician.”

Valery Sablin was never afraid to openly express his opinions. In 1962, at the age of just 23, he wrote a letter to Nikita Khrushchev with a request to “rid the Communist Party of sycophants and corrupt elements.” His whole career was at stake, but Sablin was lucky to be just reprimanded. 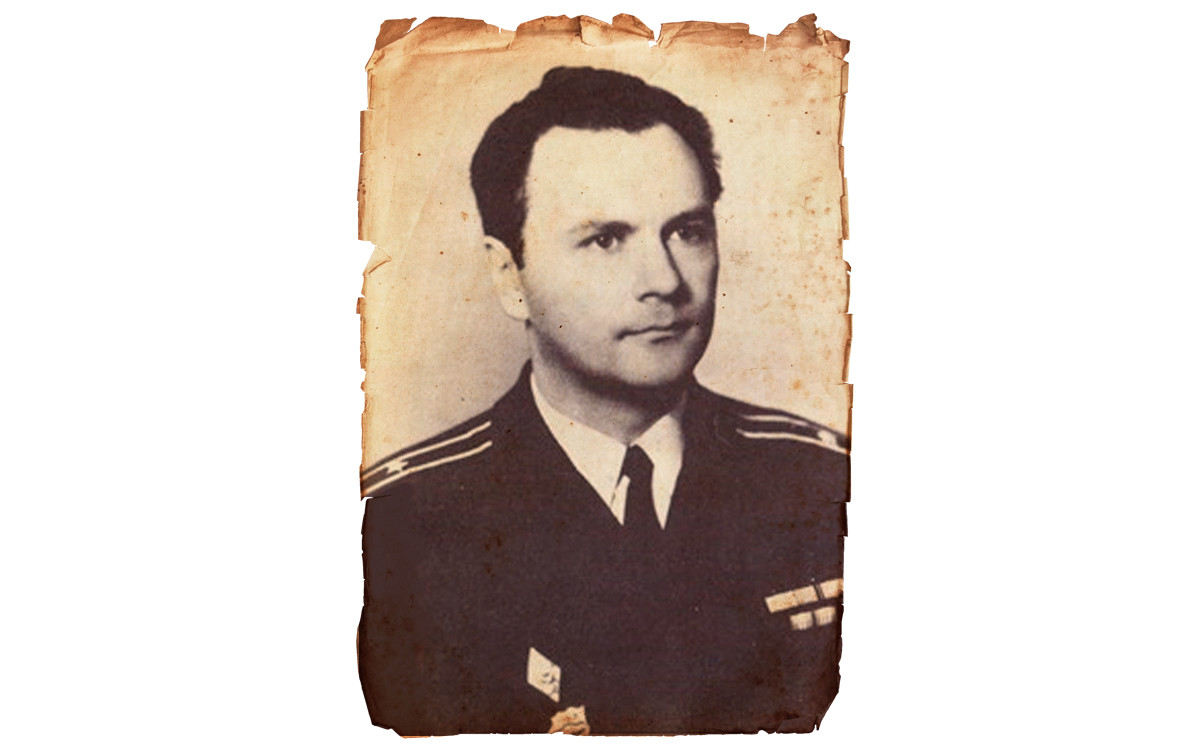 This scandal, however, didn’t prevent him from entering the Lenin Military Political Academy. Instead of commanding a warship, Valery Sablin chose to become a political officer, responsible for the political education of the staff.

In 1973, Captain Valery Sablin was appointed as a political officer on the newest Burevestnik-class anti-submarine frigate Storozhevoy (Guard), the best ship of the Soviet Baltic Fleet. Sablin decided that this warship would be the perfect platform from which to share his ideas with the country.

During two years of service on the Storozhevoy, Valery Sablin talked to the crew and shared his thoughts with them, searching for allies. In November 1975, when the Soviet Union celebrated the 58th anniversary of the Revolution, Sablin decided that his time had come.

On 8 November Sablin isolated and locked up the captain of the vessel, summoned the officers, and made a speech. He said that the Soviet leadership had ceased to follow Lenin’s ideals and that the country was mired in corruption and incompetence.

“Great Russia should be the world’s leading state, not a hungry country led by Brezhnev,” he said, adding that the country needed a new revolution.

Those officers who declined to join Sablin were arrested and locked up along with the captain. After that, Sablin delivered the same speech to the sailors.

“The time has come to bring justice. Our act is just a small impulse that will lead to a huge splash,” he said. (Vladimir Shigin. Rebel Storozhevoy. Captain Sablin’s last parade, 2013).

Sailor Alexander Shein, who became Sablin’s main helper, later testified: “His speech inspired us enormously. Everything we had secretly discussed amongst ourselves was suddenly declared aloud, officially. Dignity arose in each of us.” 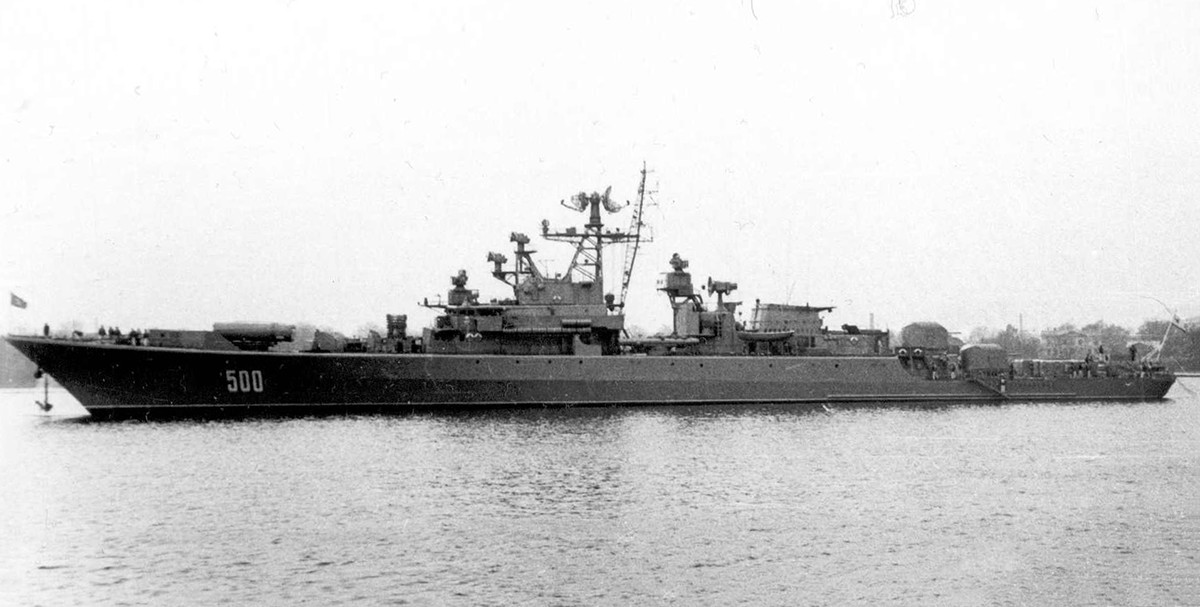 Soon the Soviet Navy command was informed about Sablin’s demands: the guaranteed integrity of the frigate and the crew, a daily opportunity to express his opinions on TV and radio, and the chance to correspond and hold personal meetings with the people.

The warship left Riga and headed to Leningrad to anchor beside the symbol of the Russian Revolution, the battleship Aurora.

When Leonid Brezhnev found out about what had happened he gave an order to destroy the frigate. If Sablin were to lead his ship into Swedish territorial waters, top secret equipment and weapons could fall into the hands of Western countries. The Soviet leadership couldn’t allow this.

End of the Soviet Don Quixote

Nine ships of the Baltic Fleet set sail to intercept Sablin’s vessel. In addition, a squadron of Yak-28 bombers soon appeared over the frigate. It took just one strike to resolve the situation.

After the bomb hit the deck, the crew instantly realized that in a moment they would all be killed. The sailors arrested Sablin and liberated the captain and other captives, and informed the Navy command the ship was under their control.

Alexander Shein was sentenced to eight years in prison. While Valery Sablin was waiting for his verdict, he drew one and the same drawing: Don Quixote fighting the windmills.

On 3 August 1976, Valery Sablin was charged with betraying the nation and executed. In 1994, the charge was commuted to war crimes, but he was denied a postmortem rehabilitation.

Officially, Sablin’s voyage was declared as an attempt to flee to Sweden. Tom Clancy was greatly inspired by this story, which became the basis for The Hunt for Red October.