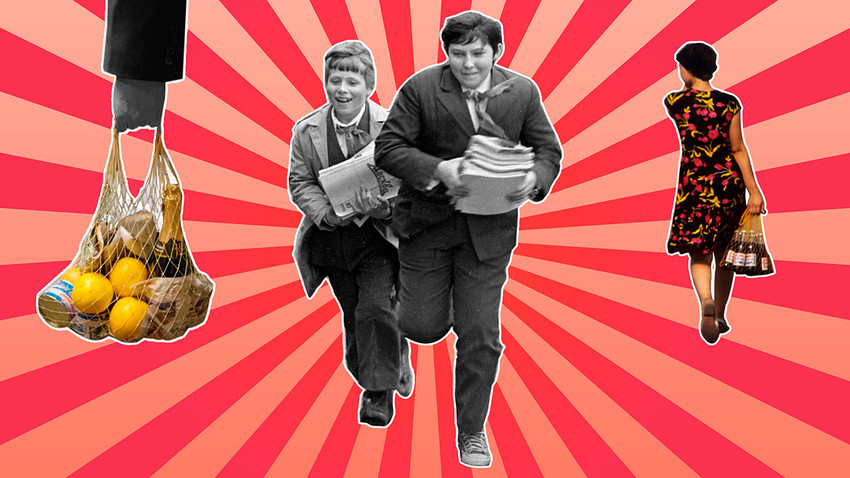 Dushein/Sputnik, Alex Naanou, Michael Dr Gumtau/Flickr
Shortages of many goods during the Soviet period led to some unique—and sometimes unwanted—environmentally friendly behaviors. We can bring these habits back now to cut down on waste.

Modern Russians look ironically at some of the habits their parents have, such as hoarding things for the future or rarely smiling on the street. But some of these Soviet habits would be good to adopt in order to help stave off ecological disaster.

1. Shopping with your fabric bag 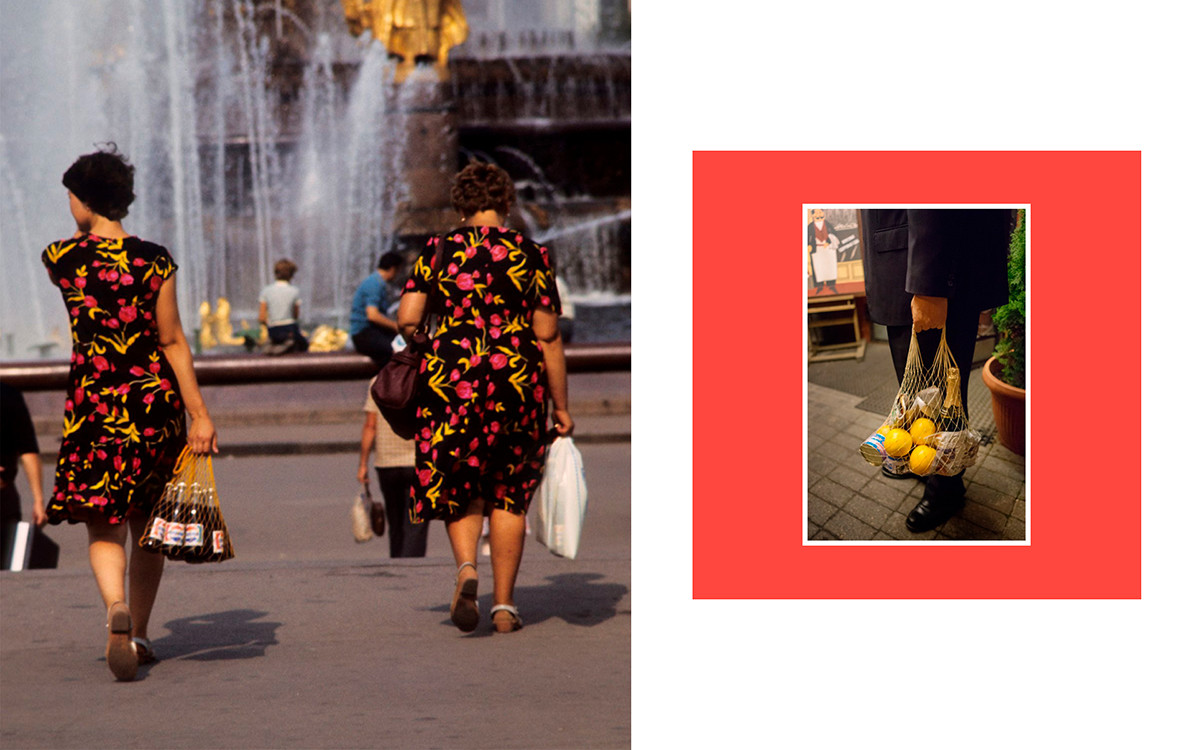 What would you do if there weren’t plastic bags in the supermarket? Everyone in the Soviet Union carried a kind of string bag called an (literally meaning a “maybe bag”) with them at all times. The bags were compact, easy to wash and dry, and lasted for years. Avoskas were small enough to fit in your pocket and could carry up to 70 kg. What’s more, the bags were manufactured by the All Russian Association of the Blind. Nowadays, some designers have brought the back, turning it into a trendy accessory that you can find in fashionable stores. 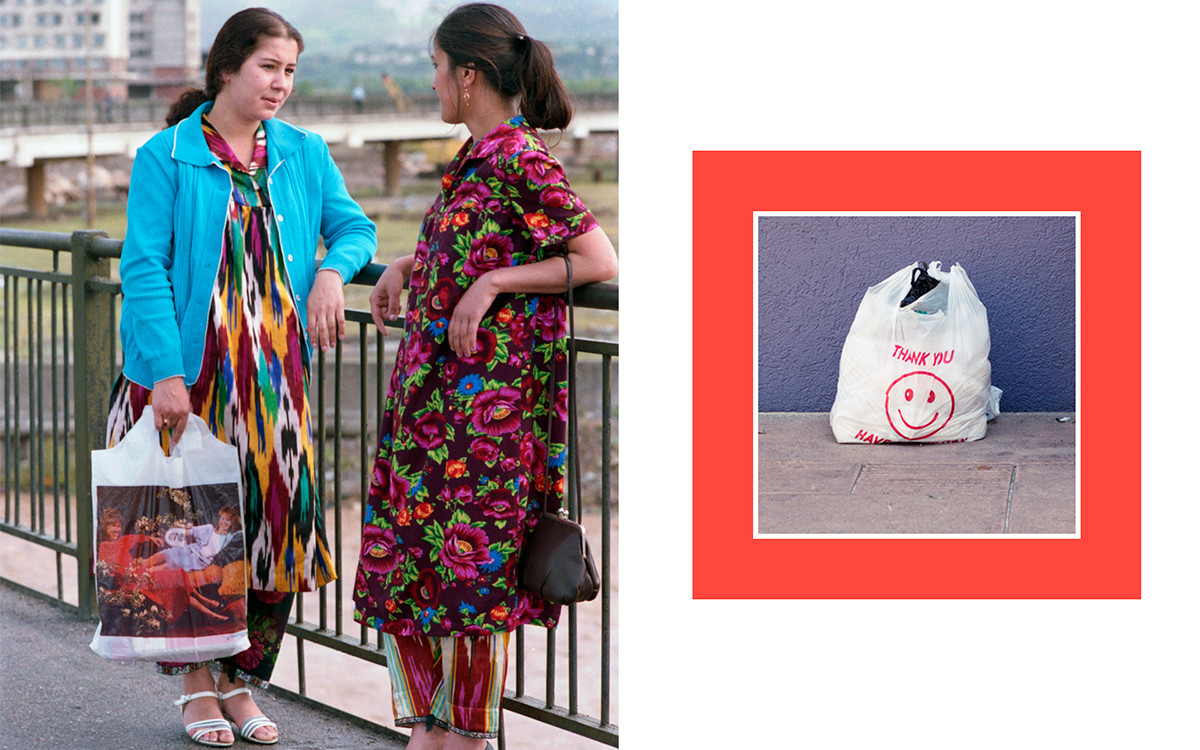 Soviet times, the attitude toward plastic was not the same. There were plastic shortages, and so it was considered more of a luxury item. It’s hard to believe now, but in the Soviet Union it was even kind of stylish to use a plastic bag instead of a regular one. For this reason, Soviets would wash them and use them for many things until they tore. There’s still a tradition of keeping a plastic bag filled with other bags at home. What do people do with them now? Use them as garbage bags. Not a way of reducing how much plastic you use, is it?

3. Growing food at the dacha 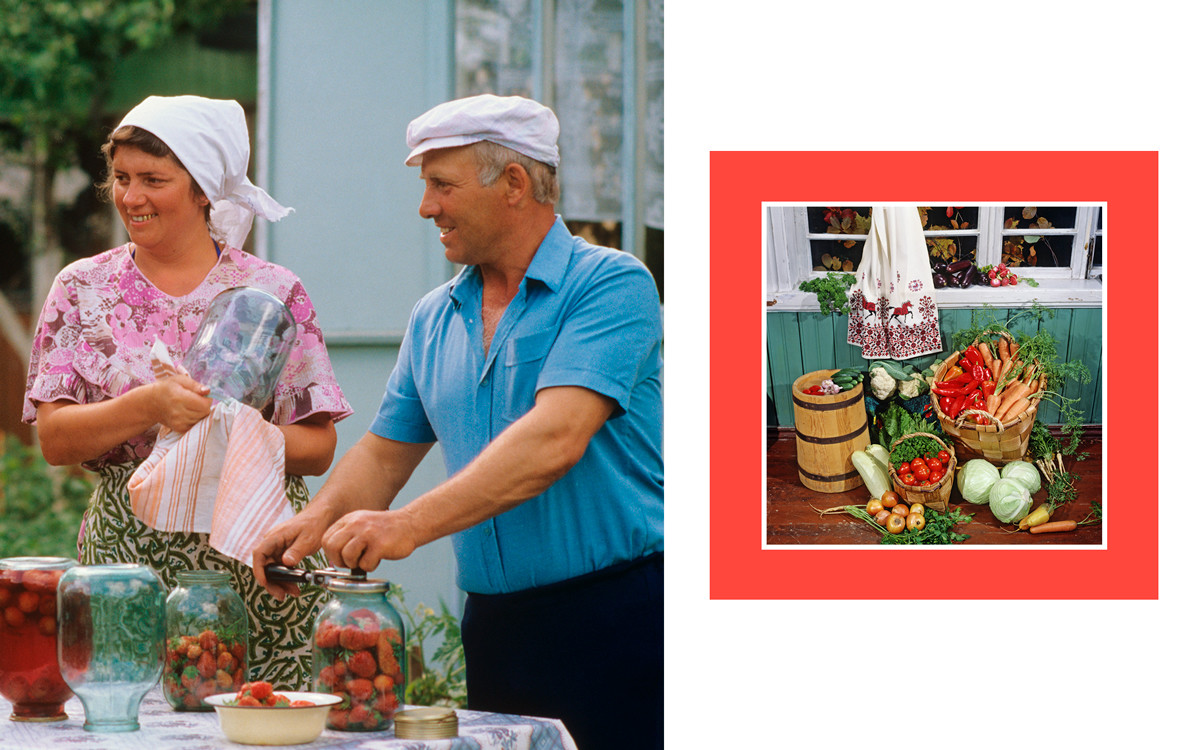 Eating food grown in your region, including seasonal fruits and vegetables, is better for the environment than eating food that comes from far away. Local foods do not require as many preservatives to keep fresh, and less fuel is used in their transport. If you don’t have your own country house, you can always just purchase locally grown products.

4. Repairing things instead of throwing them away 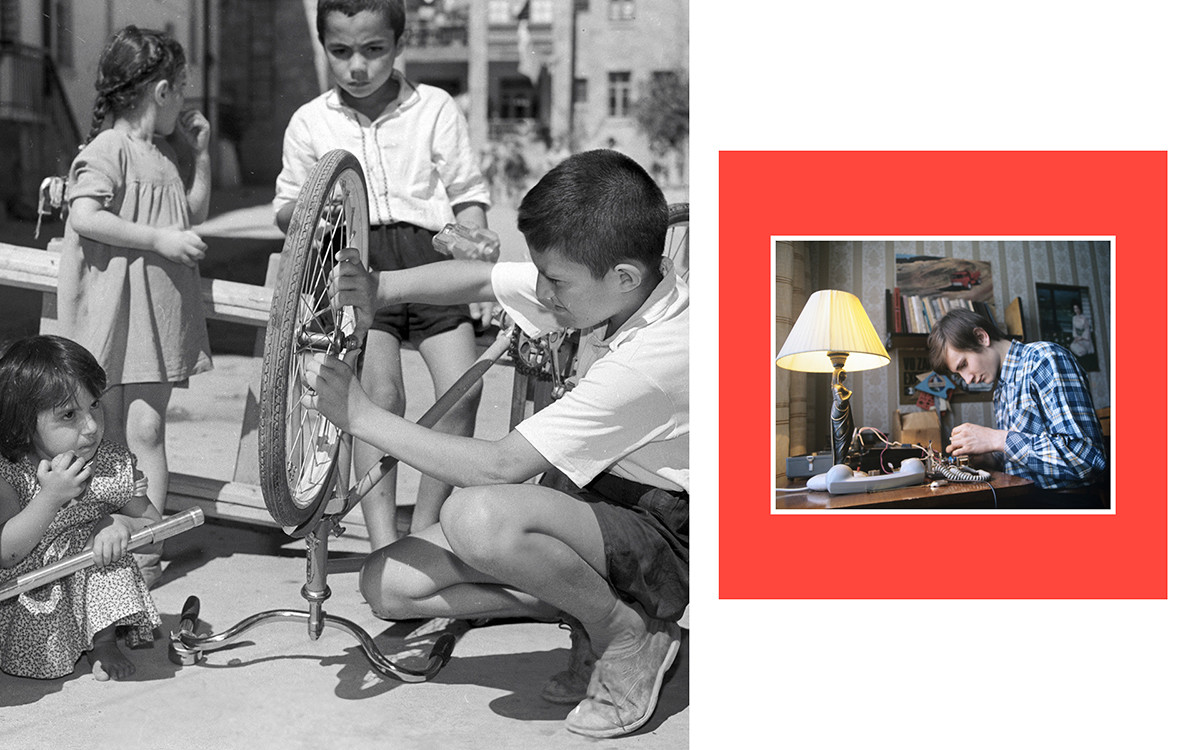 Yes, there are even jokes about how people in the Soviet Union never threw anything away because it was so difficult to get many items. For example, no one threw away boots just because of old heel caps or a jacket when it just needed a new zipper. Before throwing something out, just try to think about whether you really need to buy something new or if the old one is good enough. 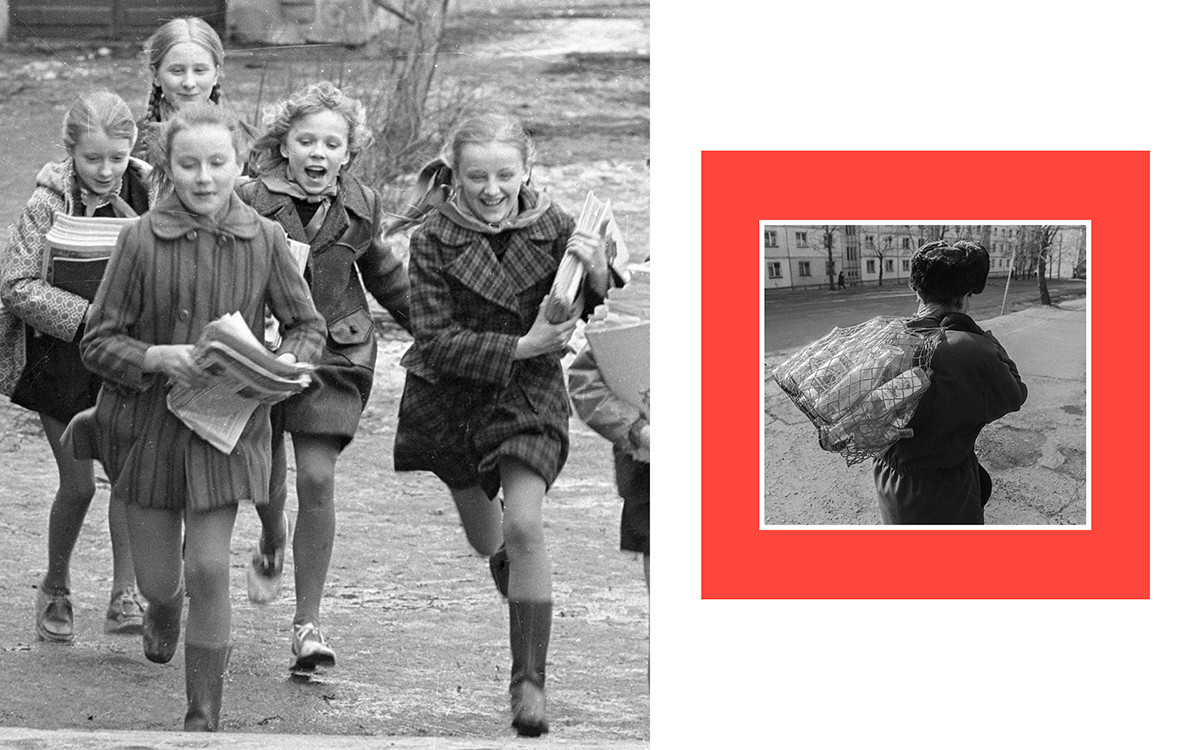 course, everyone knows that glass and cardboard are more environmentally friendly than plastic. Many Russians remember that when they were children milk only came either in triangular cartoon packs or in glass bottles. Cheese and sausages were covered in craft paper instead polyethylene, too. All this packaging was reusable.

All Soviet schoolchildren and students collected waste paper and unneeded books to be recycled. This was called . They even organized competitions to see who will gather the most. The recycled paper was then used to make cardboard. That’s how kids helped Soviet industry use fewer trees.

Other people in the Soviet period gathered glass bottles and brought them to departments in stores. Before recycling, you needed to wash the bottle and remove any labels. Bottles fetched a rather high deposit, which to collect them. Today, most European and developed countries have similar systems in place. 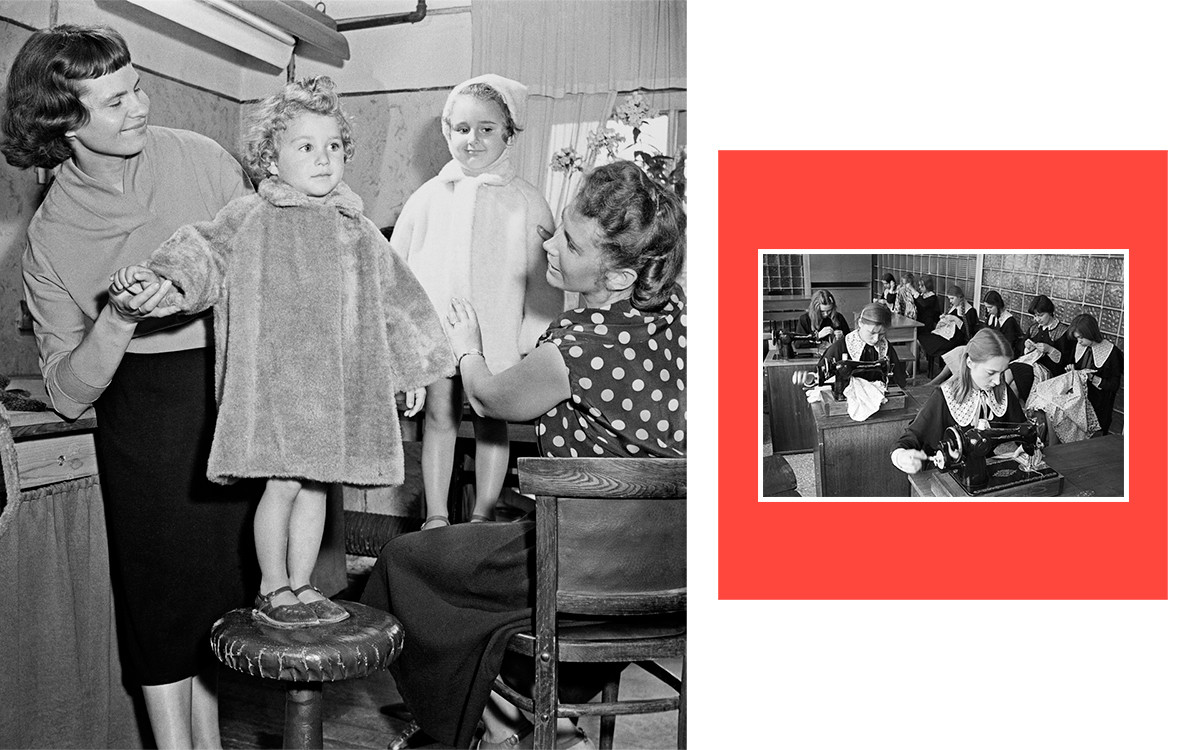 The Union didn’t have as many clothing stores as we do now, so people had to be creative be fashionable. Many people could sew themselves or would take their clothes to tailors. The only problem was getting enough fabric to realize their ideas. That’s why old clothes were modified into new outfits, and then when they were too worn out to wear anymore, they would be used as cleaning rags. Try this idea out and turn your old jeans into trendy summer shorts or make a t-shirt from a worn-out old dress to reduce the amount of waste you produce. 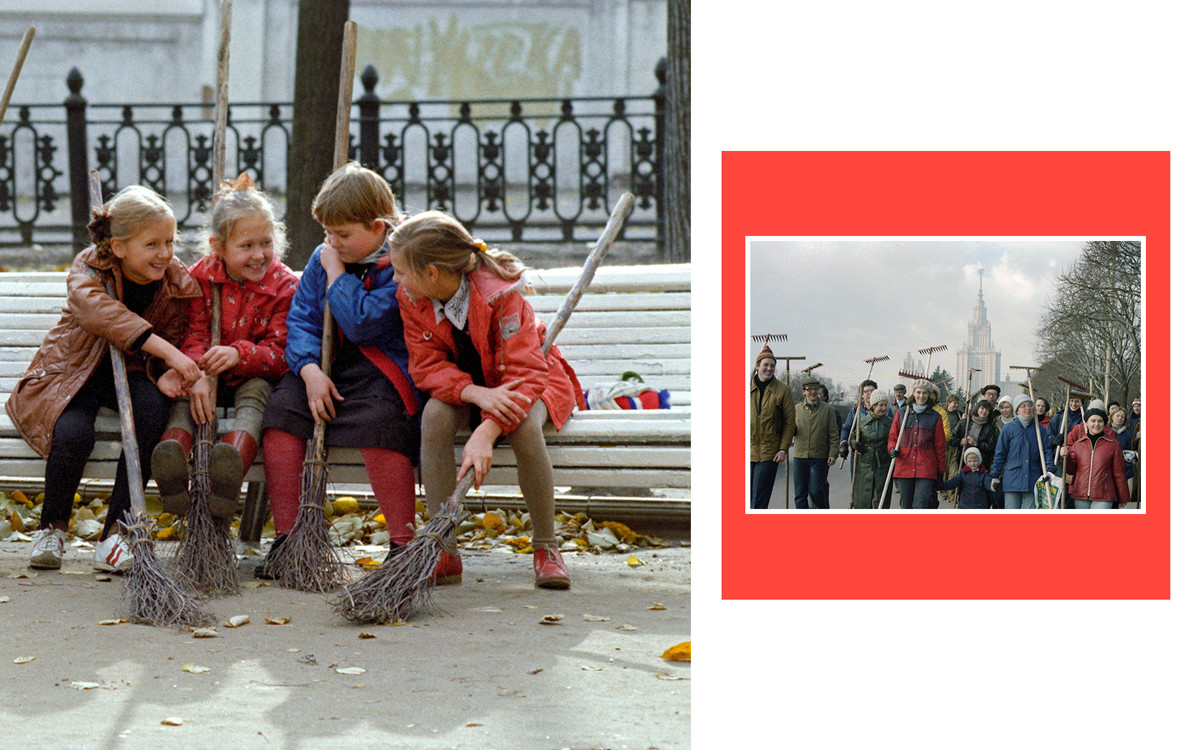 Did you know that people in the Soviet Union cleaned the courtyards and public spaces in residential areas themselves? They collected waste and planted trees during called subbotniks (from the word , meaning Saturday). In Russia, this tradition at some educational and state institutions.

Read more: How the Soviet avant-garde made sex and death fashionable