How many lives did the Red Terror claim? 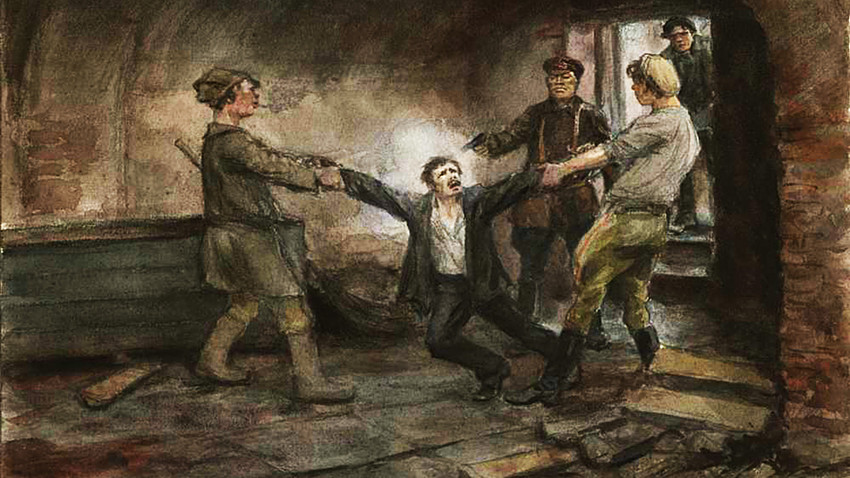 "In the basements of the Cheka" by Ivan Vladimirov (1919)

Public domain
The Civil War in Russia was a time of merciless fighting between the Reds and Whites. A century ago the Bolsheviks resorted to their own Red Terror in a bid for victory.

1. What was the Red Terror?

In the Russian context, the Red Terror refers to repressive Bolshevik policies aimed at their political opponents and “class enemies.” It was officially declared on Sept. 5, 1918, in a special resolution adopted by the Bolsheviks’ leadership. It was stipulated that “all people who had anything to do with the Whites’ organizations, conspiracies, and mutinies must be shot dead.” 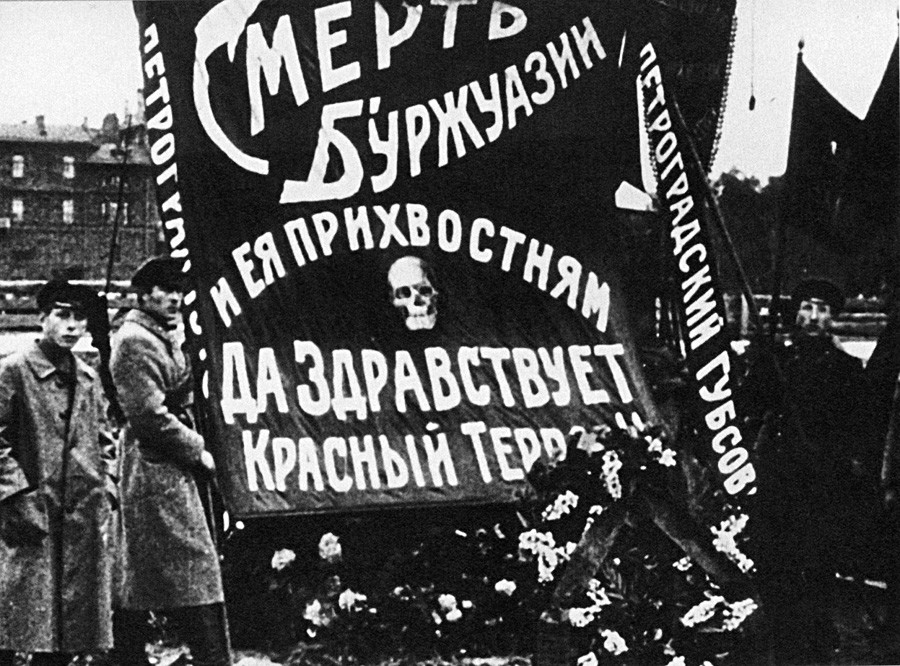 The inscription on the banner says, "Death to the bourgeois and their helpers. Long live the Red Terror!"

The campaign lasted two months, but usually the Red Terror is used as a blanket term for all political repressions of the Soviet government during the civil war in Russia – from October 1917, when the Bolsheviks overthrew the Provisional Government, to 1922, when they finally defeated their enemies.

2. Why did the Red Terror happen?

It’s sometimes stressed that right after they took power, the Bolsheviks did not rule with an iron fist. They released their opponents, many of whom became their sworn enemies. They also only handed light sentences to those involved in conspiracies against them. However, it all changed when the struggle intensified.

The Red Terror was declared by the Bolsheviks right after an assassination attempt on their leader, Vladimir Lenin, on Aug. 30. Three shots were fired at him after he delivered a speech to workers of a Moscow factory. One of the slugs inflicted a serious wound but he survived. 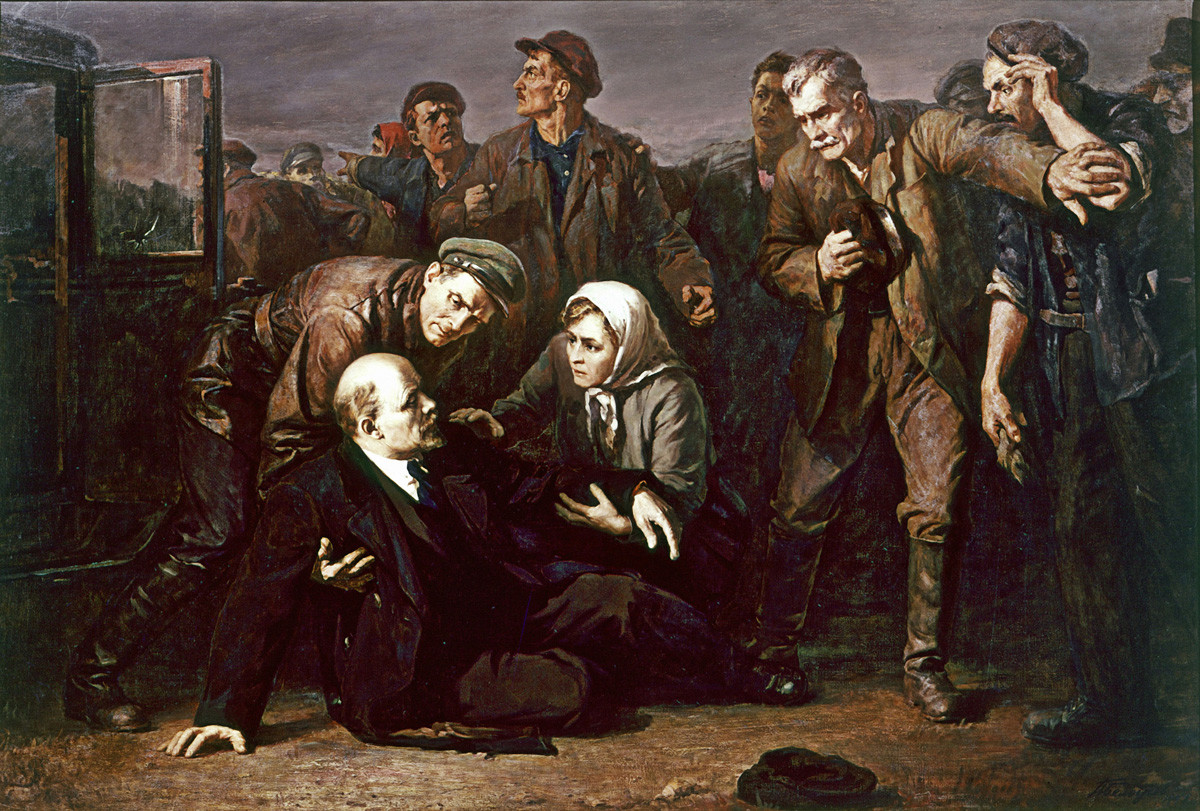 There was a whole series of murders and assassination attempts targeting high Soviet officials. Overall, only in July of 1918 while the Civil War was gaining momentum, 4110 Soviet officials were murdered in the country. So, the Bolsheviks considered the Red Terror as a legitimate response to the attacks of their enemies.

Right after the failed assassination attempt on Lenin, 512 representatives of the bourgeoisie and upper classes who were held hostage by the Bolsheviks (who widely used this practice at the time) were shot dead in Petrograd. During the second half of September 300 more people there were killed.

In Moscow up to 80 people were publicly executed on Sept. 5. Among those shot were two ex-internal affairs ministers of and the last chairman of the Imperial parliament’s upper chamber, Ivan Shcheglovitov. 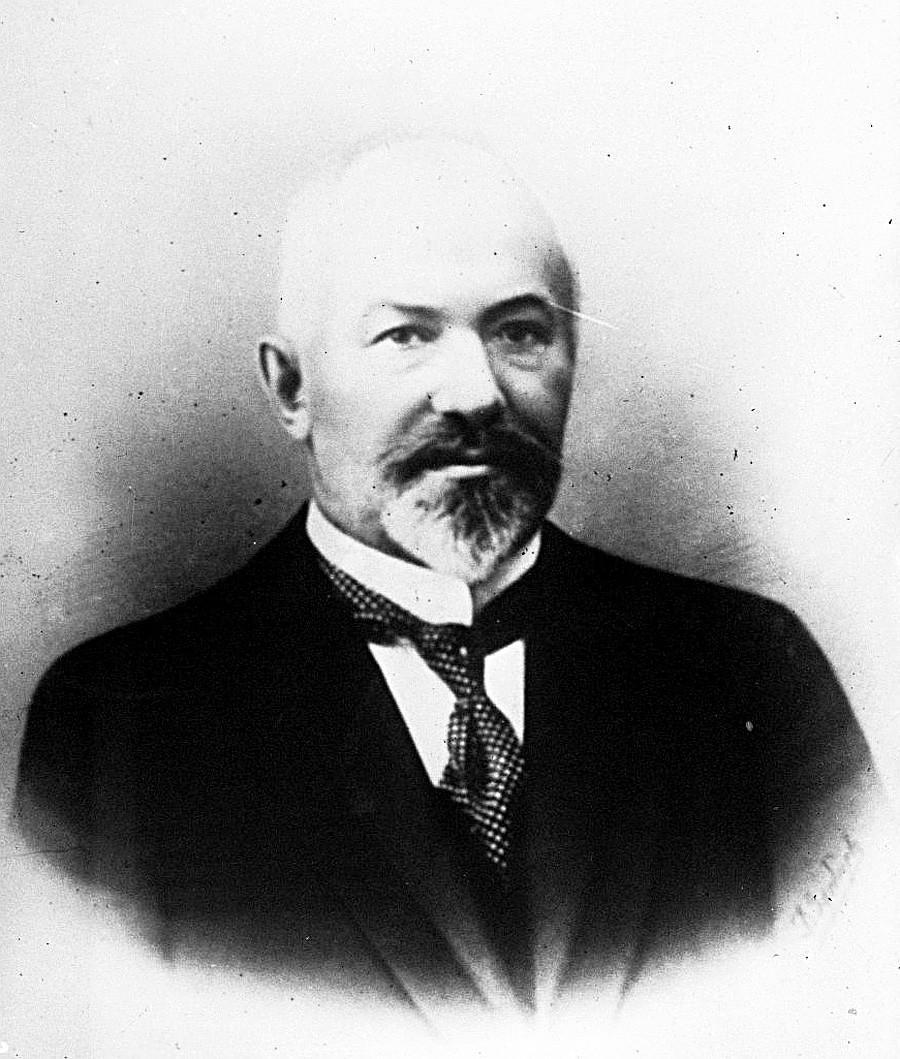 “Here is the former tsar’s minister who had been spilling the blood of workers and peasants for his entire life,” a soldier from the firing squad shouted before killing him. According to historians, 1,600 to 8,000 people were killed in the whole country during that autumn.

4. Did all Bolsheviks endorse the Red Terror?

Not all of the Bolshevik leadership was united on the issue of the terror’s scale. In October many high profile party officials, including the minister of internal affairs, demanded a stop to the repression. So, on Nov. 6 an amnesty was declared.

At the same time the wave of violence only seemed to be getting worse as the civil war was gearing up, and many Bolshevik leaders advocated Red Terror. “We have to exterminate the useless classes. You do not have to look for proof that an accused person acted against the Soviets with the help of a word or a deed. The first question is to what class he belongs, what his origins are, what his upbringing, education, and profession are? These questions will define the accused’s fate. This is the sense and essence of the Red Terror,” said one influential security apparatus officials Martin Latsis. 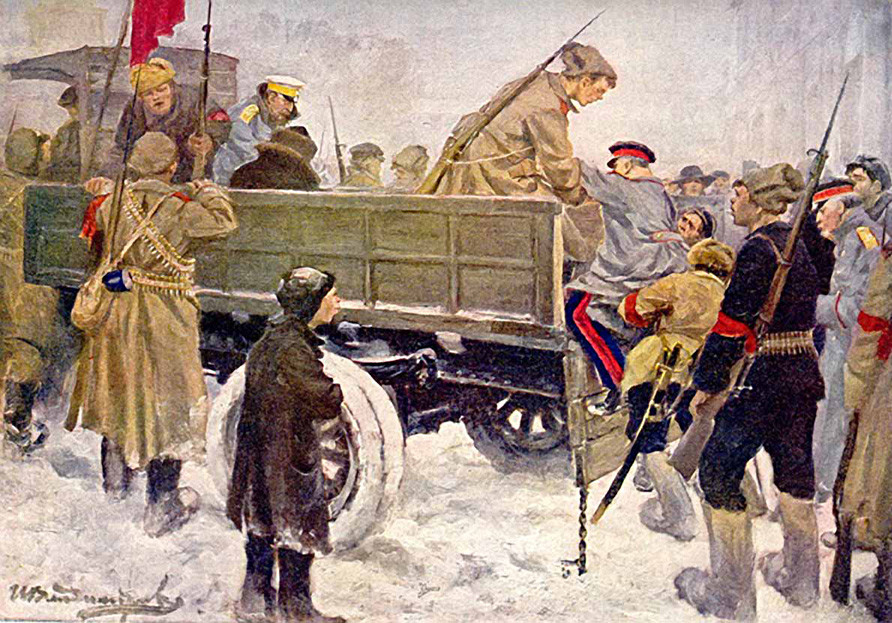 "The arrest of tsarist generals" by Ivan Vladimirov (1926)

Lenin himself responded to Latsis’ words by calling them “nonsense” adding that the task was not to physically exterminate all the bourgeoisie but to eliminate the social conditions that created such a class.

5. How many people were killed during the Red Terror?

The figures differ greatly. Historian Sergei Volkov asserts that in 1917-1922 the Bolsheviks killed up to two million people. At the same time historians who refer to archival materials of those bodies that were responsible for the repressive policies argue that the organized terror claimed 50,000 lives. Some double this figure to include the victims of peasants’ revolts against the Soviet government.

Over 100,000 people killed is a shocking number but it constitutes only a small fraction of all the victims of the civil war estimated between 10 and 12 million people.

6. What was the White Terror about?

The White Terror was officially one of the main reasons of the Bolshevik repressions. It started gaining momentum from mid-1918 when the scale of the anti-Bolshevik struggles rose dramatically.

The number of victims of the Whites’ repressions is a murky question. It’s much harder to calculate them since, unlike in the case of the Reds, the Whites lacked one organized state structure, as they represented a conglomerate of forces fighting Bolshevism. 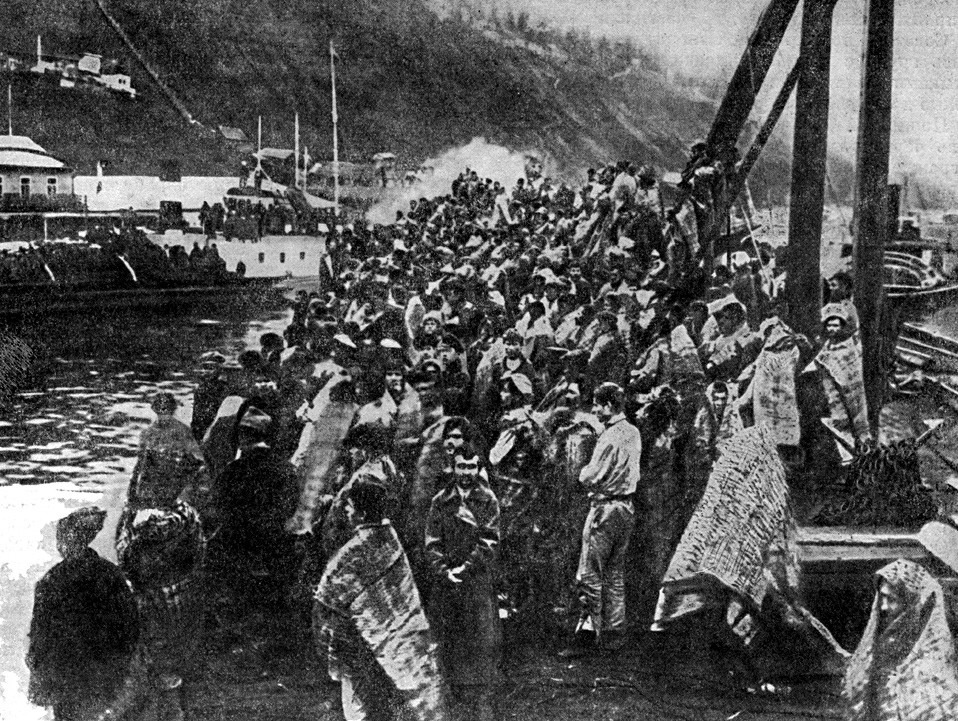 A barge with the Soviet people freed from the Whites' captivity, October 1918

They did not have official campaigns of proclaimed terror like the Reds, that’s why the atrocities committed by the Whites attracted less attention. However, according to many historians, the tactics they used were no less barbaric. As the author of one recent study asserts, no less than 500,000 people fell at the hands of the Whites, although usually researchers’ estimates are somewhat more modest.

Read here how Lenin came to lead the Russian Revolution.