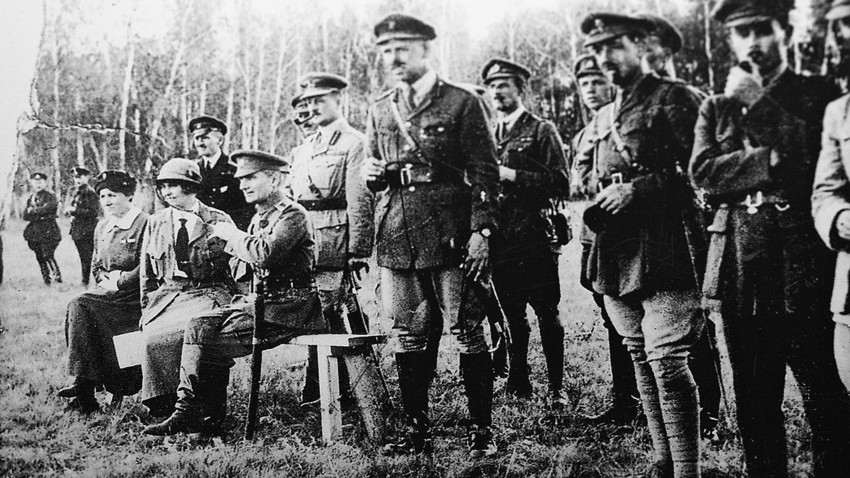 Getty Images
Alexander Kolchak was a commander in the Russian Imperial Navy during World War One and a Polar explorer. He is best known, however, as one of the leaders of the White anti-Bolshevik movement in Siberia between 1918 and 1920. As such, he has recently been lauded as a true hero of Russia. But those who do not support this view, point to his close ties with foreign powers, especially Britain, going as far as labelling him a foreign spy. To what degree are these claims true?

"It is only now… that the memory of the Supreme Ruler of Russia, admiral Alexander Vasilyevich Kolchak takes on life… The real Kolchak is revealed now: an outstanding person, an inquisitive scientist, a brave officer, a military professional of the highest class," that is how Admiral Kolchak is described in the preface to a recent compilation of his writings.

Nobel literature laureate, Ivan Bunin, expressed an apologetic view of Kolchak already in 1921: "The time will come and the name of Kolchak will be written in gold in Russian chronicles for eternal memory and glory." It seems that for many in Russia that time has come. Russian senator Elena Mizulina has dubbed Kolchak a hero and there have been attempts to erect a plaque on the building where he once lived. Some time ago the blockbuster film Admiral portrayed Kolchak as some sort of last noble hope of the empire.

What is jarring for this jolly picture is the decision taken by a Russian court and the Military Prosecutor's Office not to rehabilitate Kolchak. Under Russian law he remains a criminal - just as he was judged in 1920 when captured by Siberian revolutionaries, who found him guilty - without a formal trial - of the killing of thousands of workers and peasants who had revolted against his authority. 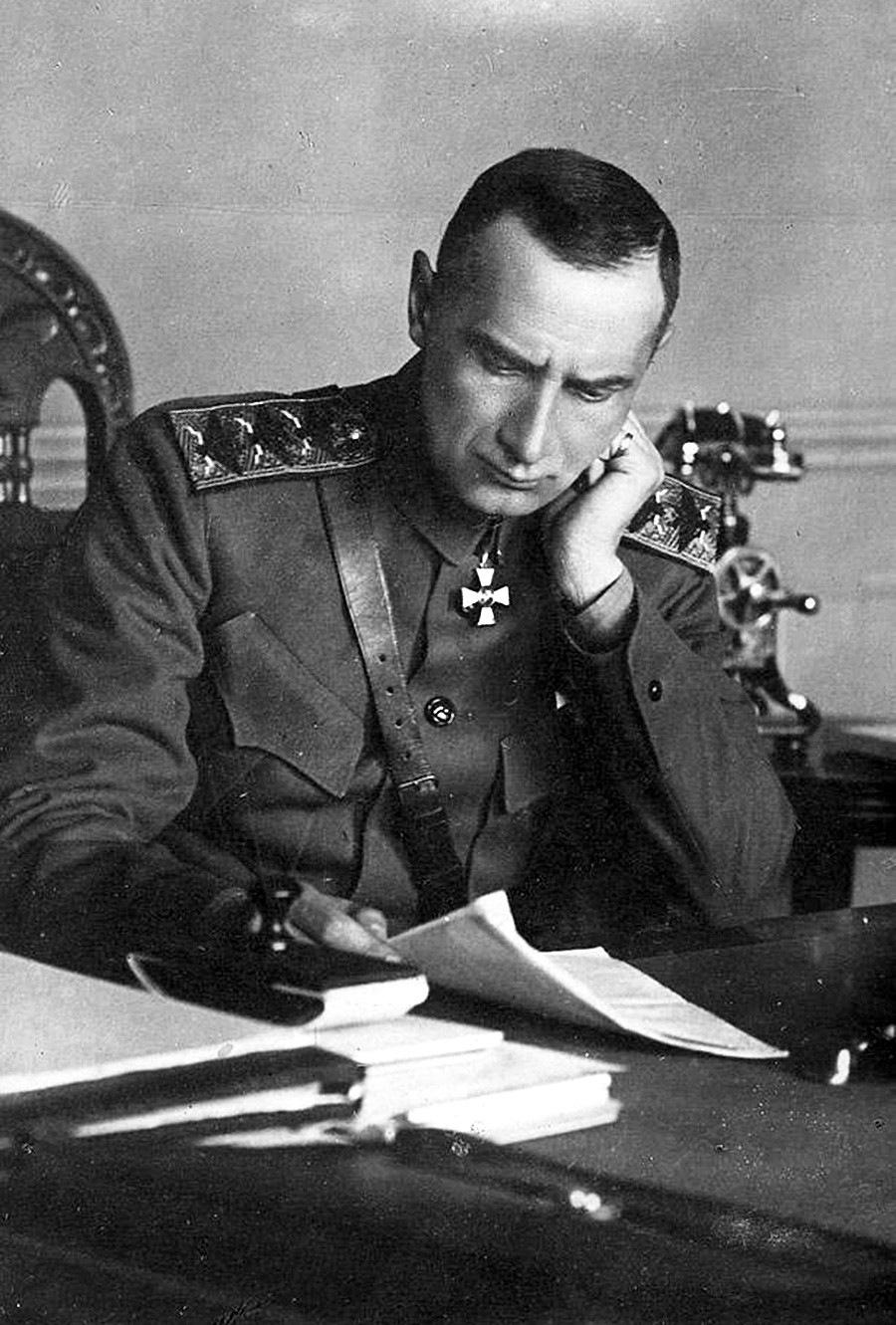 In documents submitted to the Military Prosecutor's Office there is a reference to the support given to Kolchak by the Allied powers - including Britain, France, Japan and the USA - that intervened on the side of the Whites during the civil war that followed the Bolshevik Revolution of 1917.

Political connections in the UK and US

In Soviet times Kolchak was usually painted as a puppet of foreign powers. This is probably too extreme an assessment, but Kolchak's close ties with the UK and the US are well documented. Historians with faultlessly objective credentials point to Kolchak's contacts with foreign interests. As historian Oleg Budnitsky notes, the fact that Kolchak became a leader of the anti-Bolshevik movement in Siberia is not accidental. "It is beyond any doubt that a huge role was played by the fact that he was well known, relatively well known, by political figures in Great Britain and the USA."

Kolchak, who due to revolutionary turmoil, was forced to step down as commander of the Black Sea Fleet in the summer of 1917, soon left Russia. A few months before the Bolshevik uprising, he went to the UK and then to the United States. The official aim of the US trip was to give lectures on minelaying, but he was received by a State Department head and President Woodrow Wilson himself.

On the way to Mesopotamia

Kolchak was later granted an official position by the British after asking authorities in London to allow him to continue his fight against Germany in the ranks of the British military at a time when Bolshevik leaders were trying to conclude a separate peace with Berlin. The British accepted Kolchak's services and he was dispatched to the Mesopotamian front. However, while in transit, he received an order from the Intelligence Department of the Chief of the Imperial General Staff. The admiral was advised to travel to the Russian Far East. The British, as Kolchak explained later, wanted to use him for the creation of an anti-Bolshevik force there.

In the autumn of 1918 Kolchak arrived in Omsk, a large city in western Siberia, as a war minister in the Siberian anti-Bolshevik liberal government. Within a fortnight of accepting the post, there was a coup. Kolchak became a dictator and was proclaimed the Supreme Ruler of Russia. 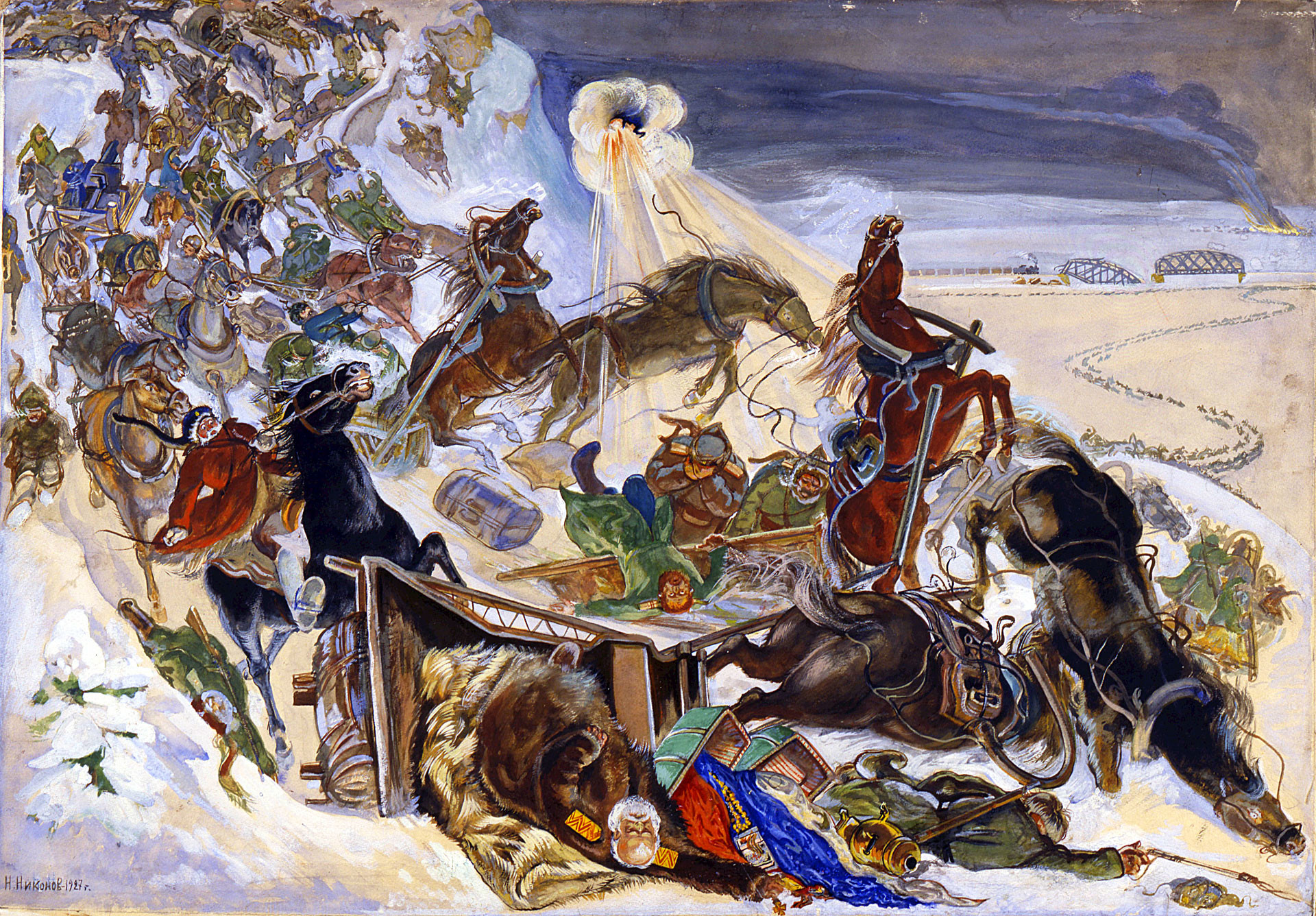 'The Flight of Admiral Kolchak's White Army from Siberia'. Сaricature, 1927

French officers in Omsk at the time claimed that coup was supported by the British military, as historian Vladimir Khandorin writes in his book Admiral Kolchak: Truth and Myths. At the very least, they were informed of the conspiracy. Having become the Supreme Ruler, Kolchak maintained close relations with the British military mission. Its head, Alfred Knox, said "there is no doubt that he [Kolchak] is the best Russian fit for our purposes in the Far East."

Kolchak enjoyed direct foreign military support. There were military units from France, the UK, Czechoslovakia, the USA and Japan in Siberia and the Far East. Kolchak's forces were supplied from abroad. The degree of Kolchak's dependency on his allies is revealed in his answer to a close associate, General Konstantin Sakharov, who asked Kolchak why he did not want to restore the monarchy in Russia. The Supreme Ruler answered: "What will our foreigners, the allies, say?"

In the beginning, the foreign assistance helped Kolchak and in the spring of 1919 his armies took the Urals, approached the Volga River and started to threaten Moscow. However, the Bolsheviks mobilized their forces and defeated the admiral's troops. Kolchak was handed over by a French general and the Czechs to his enemies - revolutionaries - in the city of Irkutsk. After a short investigation into his activities he was executed without trial. In the year of the centenary of the Russian revolution his figure continues to polarize the Russian public, and discussions of his allegiances continue.