This is how 'happy Soviet childhood' looked like (PHOTOS) 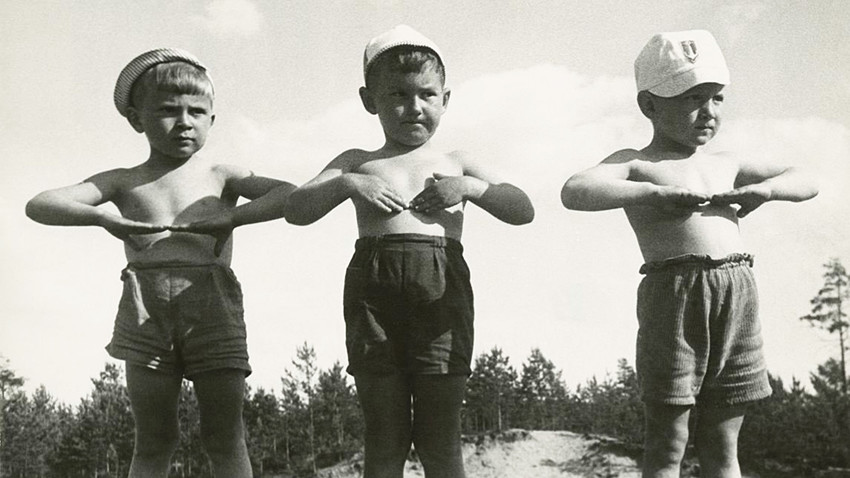 Mikhail Grachev/MAMM/MDF
Judging by these shots, to be born and raised in the country of “victorious socialism” was never-ending bliss.

One of the stars of Soviet photography, Mikhail Grachev (1916–2011) was known primarily for his street-style photos, as they would be called these days. He shot a chronicle of the everyday lives of ordinary Soviet people. Because children were often caught in his lens, these pictures give a unique insight into the lives of the Soviet Union’s smallest citizens. 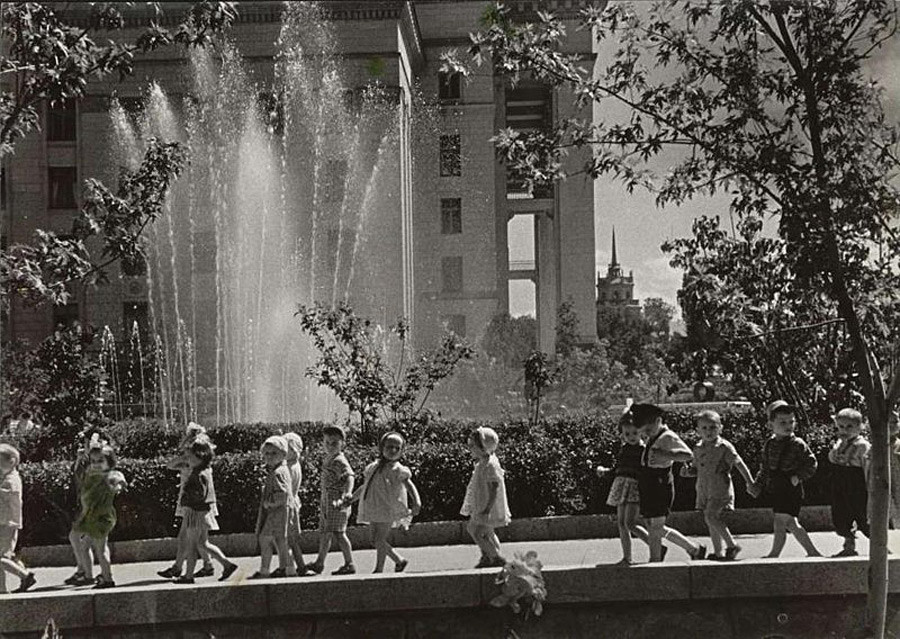 “Thank you Comrade Stalin for our happy childhood!” This phrase from an athletics parade on Red Square in 1936 became not just a catchphrase, but a propaganda slogan. 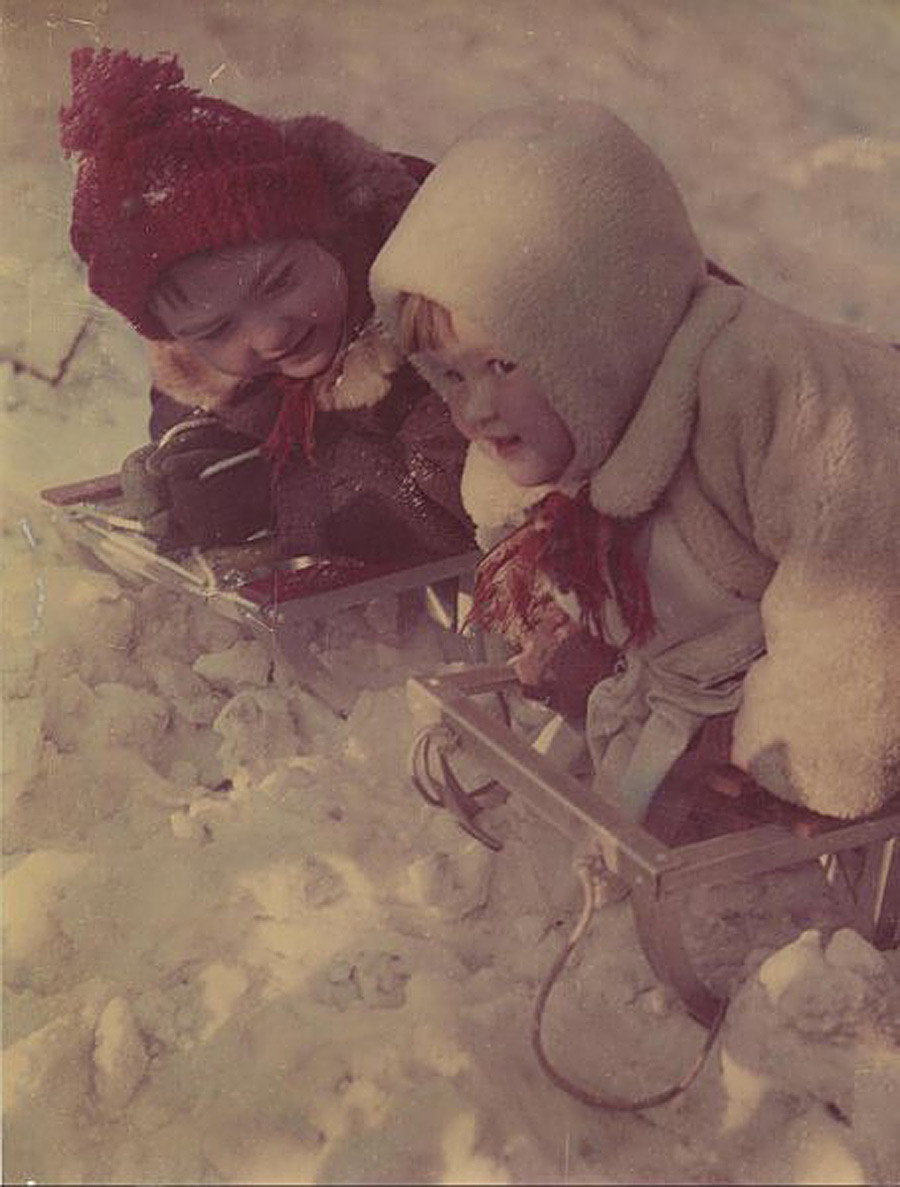 It was stamped on posters, billboards, postcards, and postage stamps, and could be seen in schools, camps, kindergartens, parks, and many other places. Meanwhile, photos taken by Grachev among others became a vivid illustration of the slogan’s veracity. 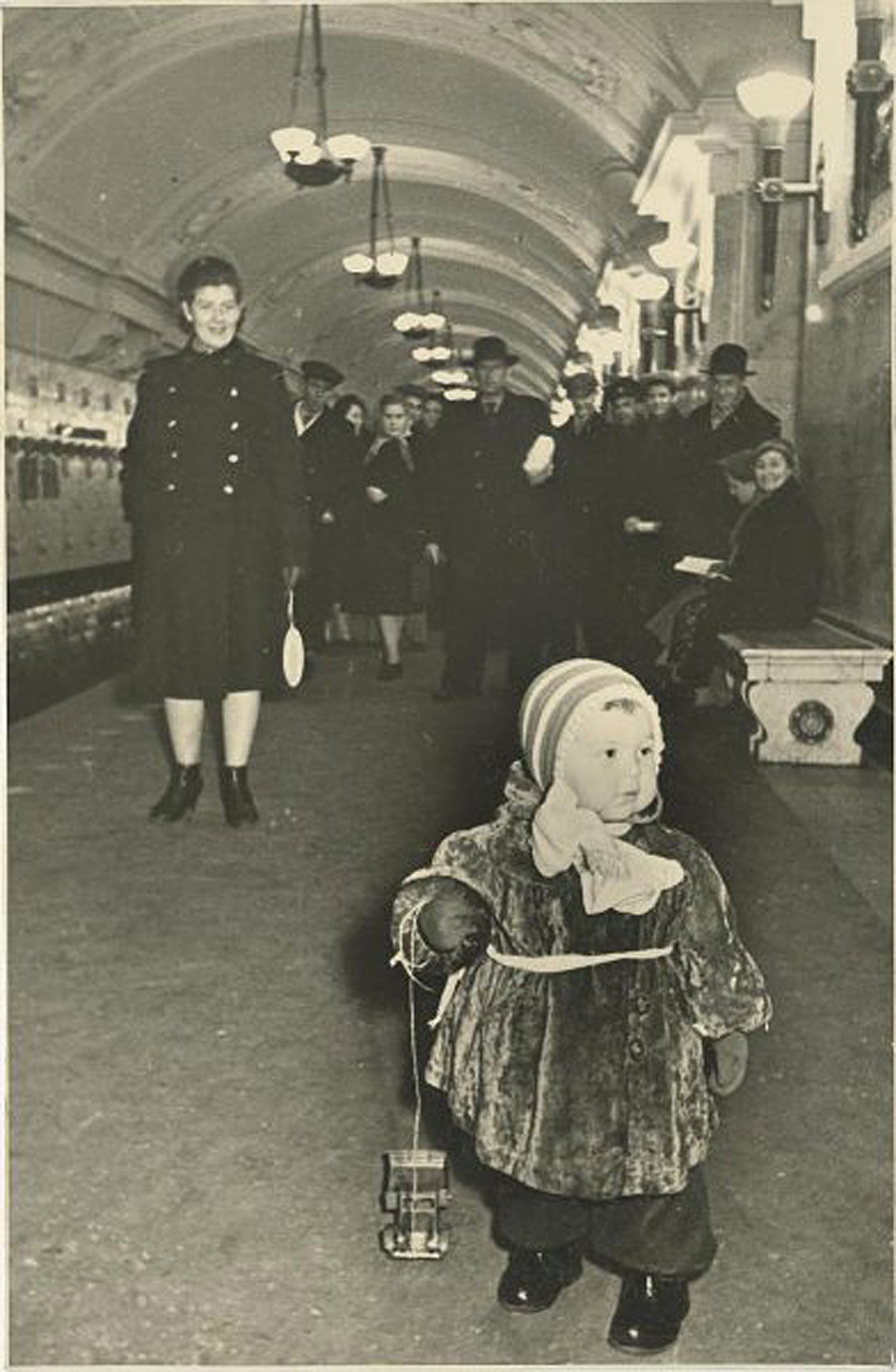 Children could be sent to nursery at 2-3 months, followed by kindergarten. Soviet women had to work for the good of the Motherland, and could not take long maternity leave. Parental leave was initially limited to six months, but increased to 18 months in the 1970s; today it officially lasts three years, but women have the right to return to work earlier. 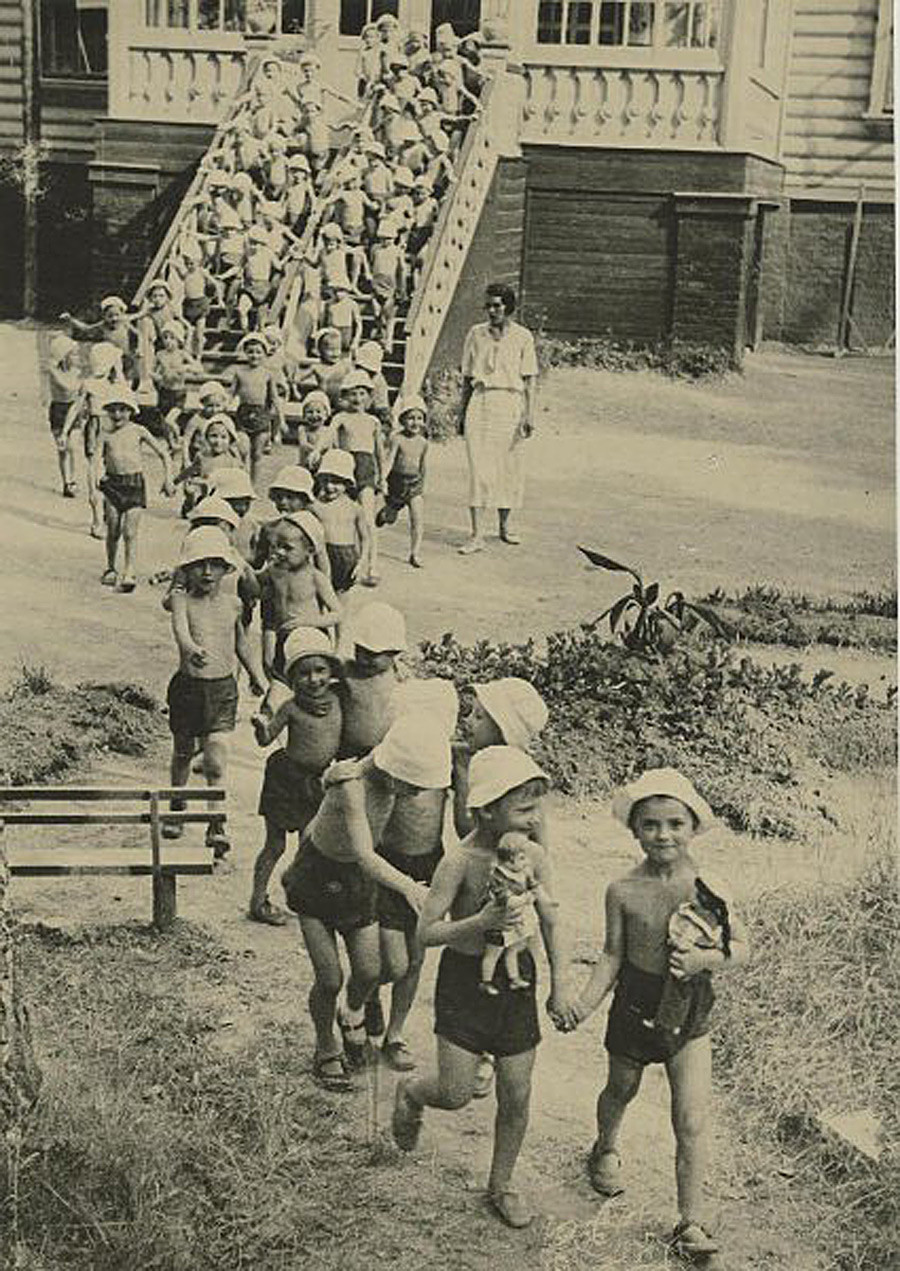 Children started school at age 6-7, and joined the Pioneer organization at age 9. Being a pioneer was considered an honor (although almost everyone became one, with rare exceptions). Pioneers had their own laws — they had to be devoted to the Motherland, and be honest, brave, and good comrades. 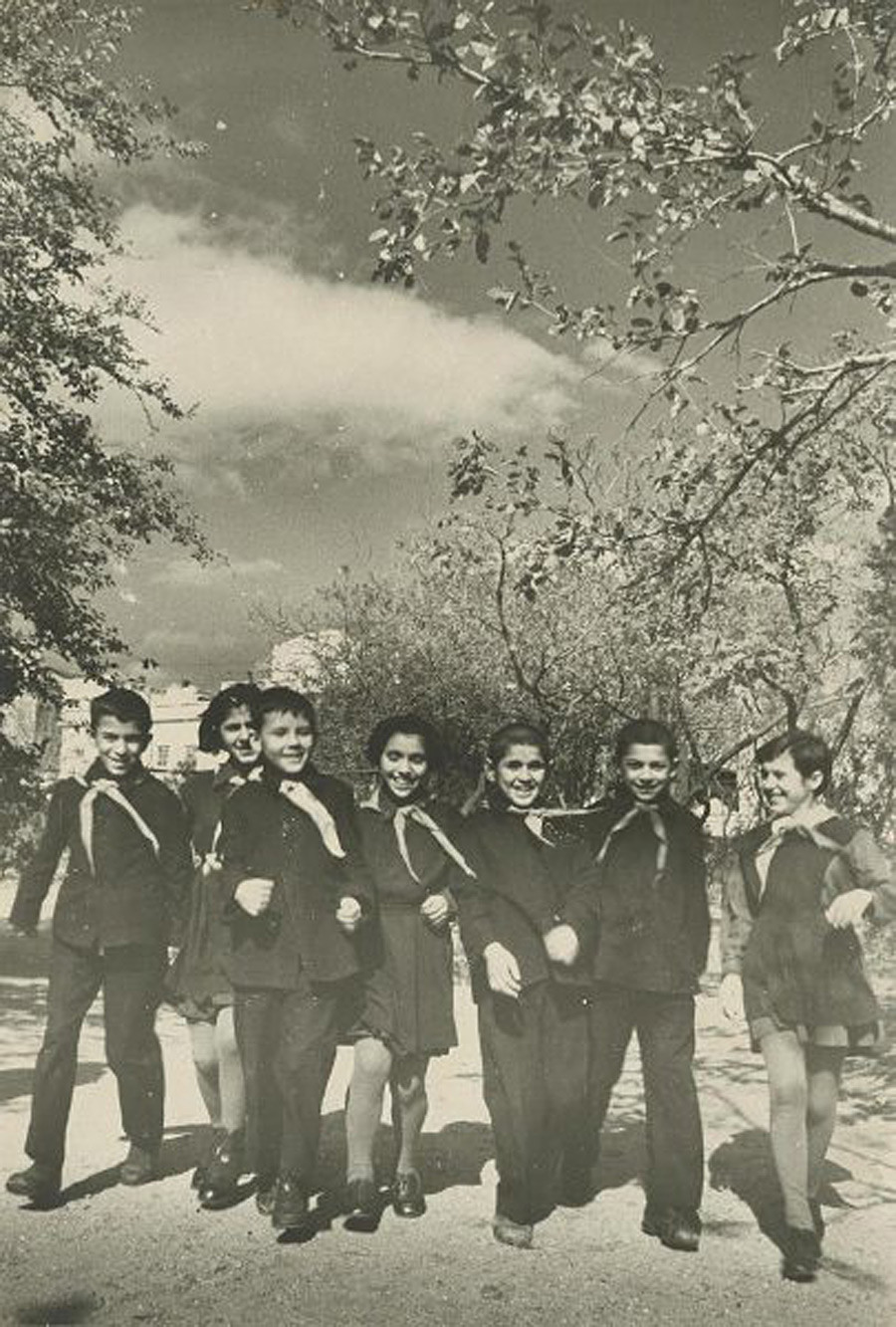 In summer, during the school holidays, many children were sent to Pioneer camps. The luckier ones might go to a seaside camp, but there were many not far from the cities as well. There were often rivers or lakes nearby, but not always. 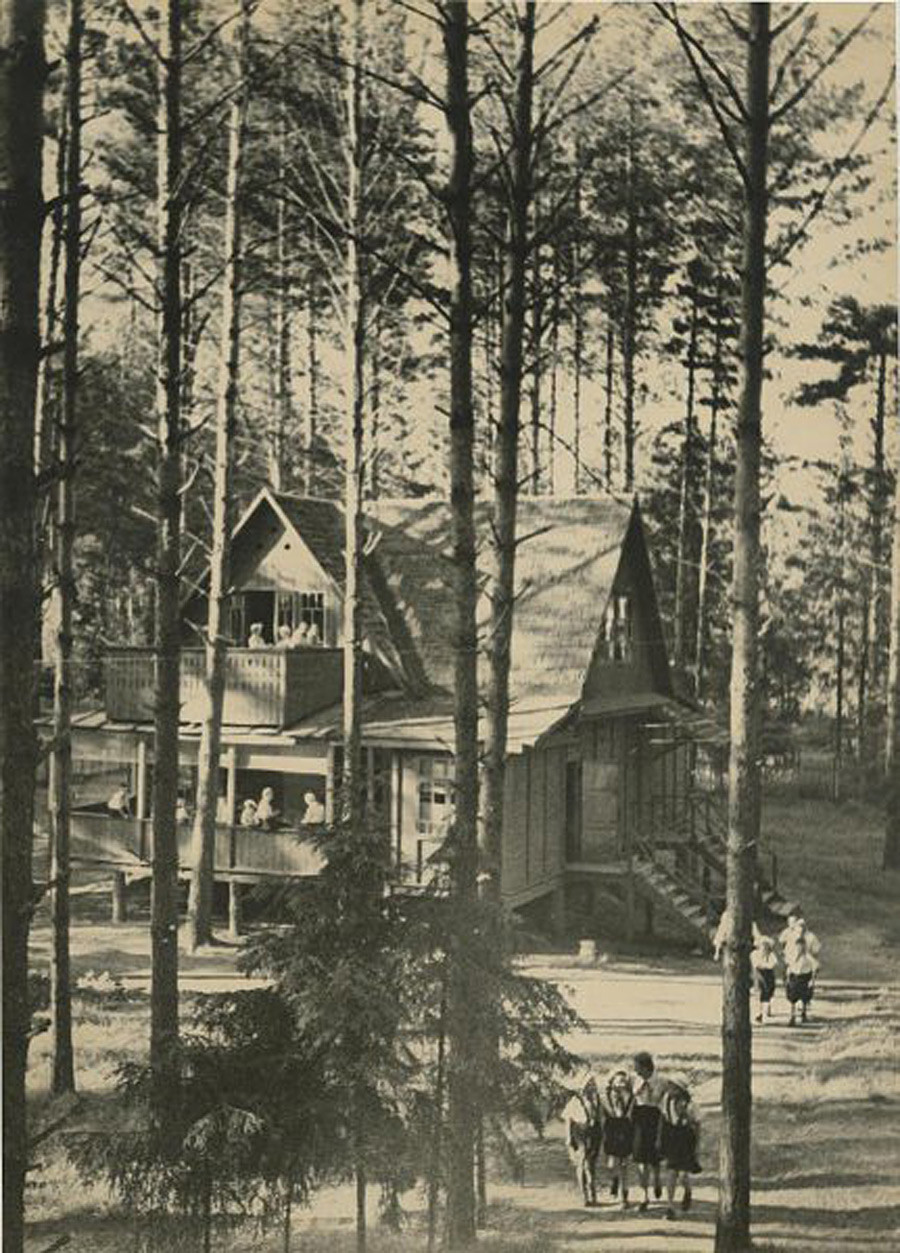 Soviet children were taught to be inquisitive. There were a huge number of extracurricular activities for them to do. Among the most popular were study groups for young naturalists, where children learned about the flora and fauna of their local region, and attended nature classes. In 1928 the popular science magazine Young Naturalist was first published, and remains in print to this day. 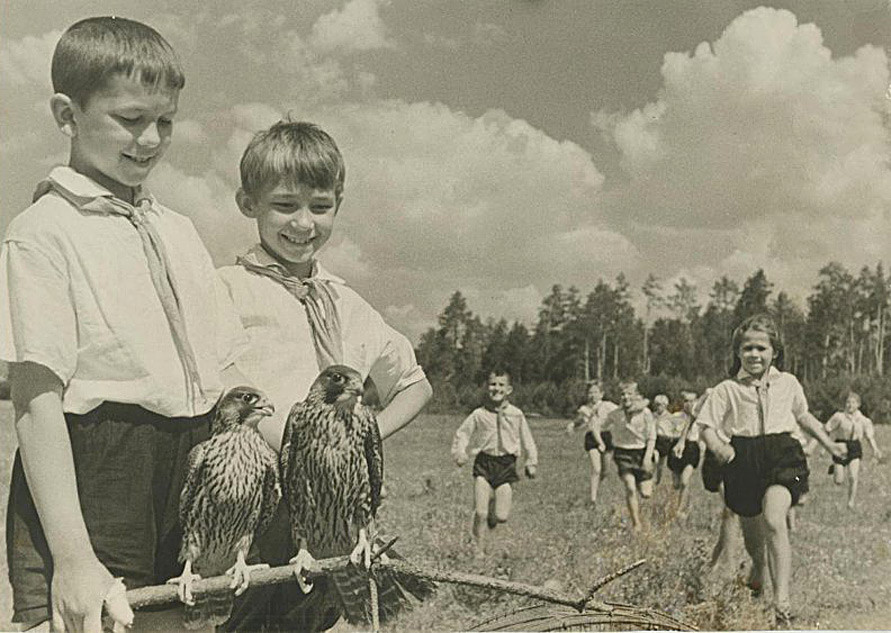 Another common form of entertainment was the war game zarnitsa (heat lightning), which simulated military operations. It was not unlike activities organized for boy scouts. 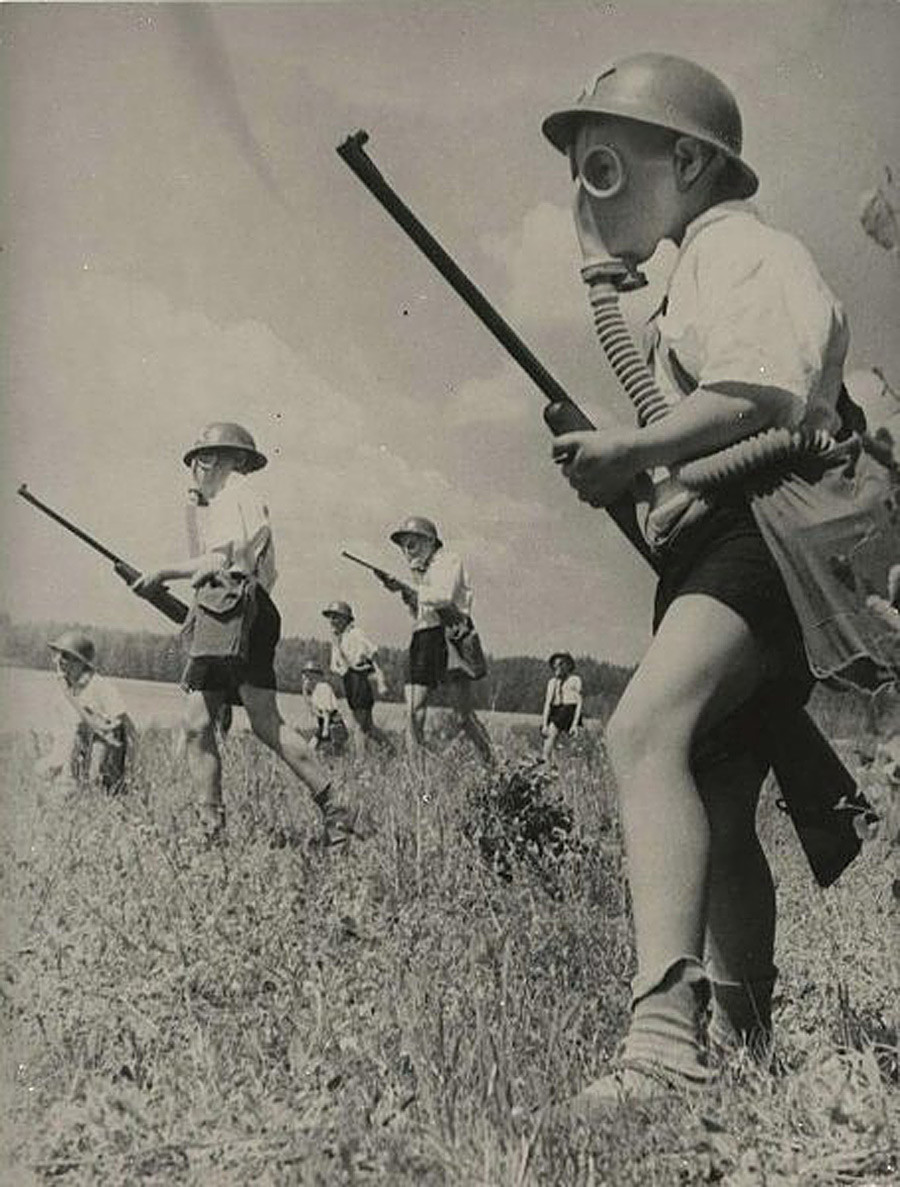 Children had to learn how to navigate on the spot, work in teams, and follow their commanders’ orders. War games encouraged a competitive spirit and, of course, patriotism. 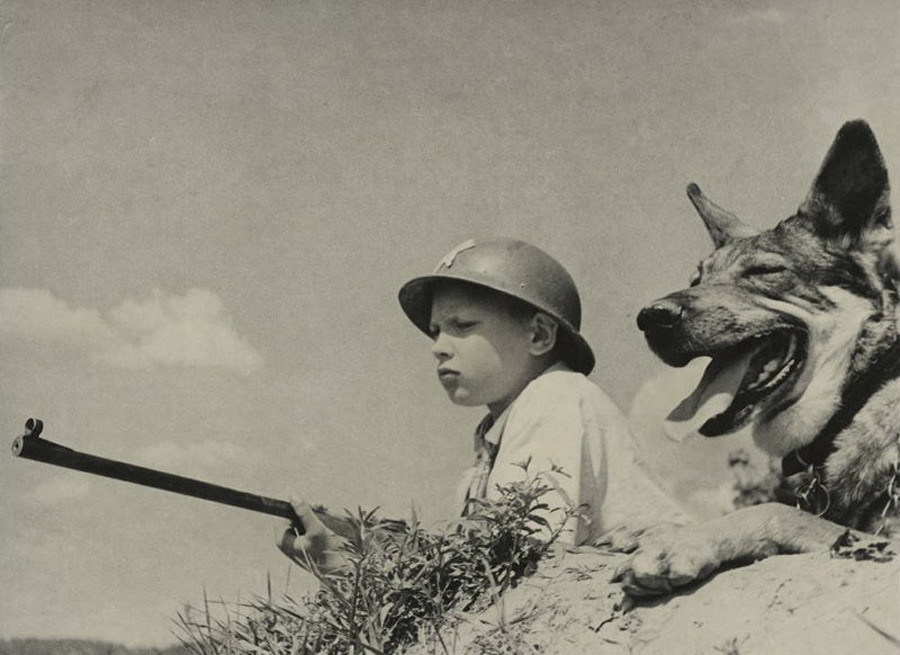 After WWII, many children played war games from an early age, shooting phantom Nazis from slingshots and imaginary rifles. They were itching to start school and take part in war games as soon as they could. 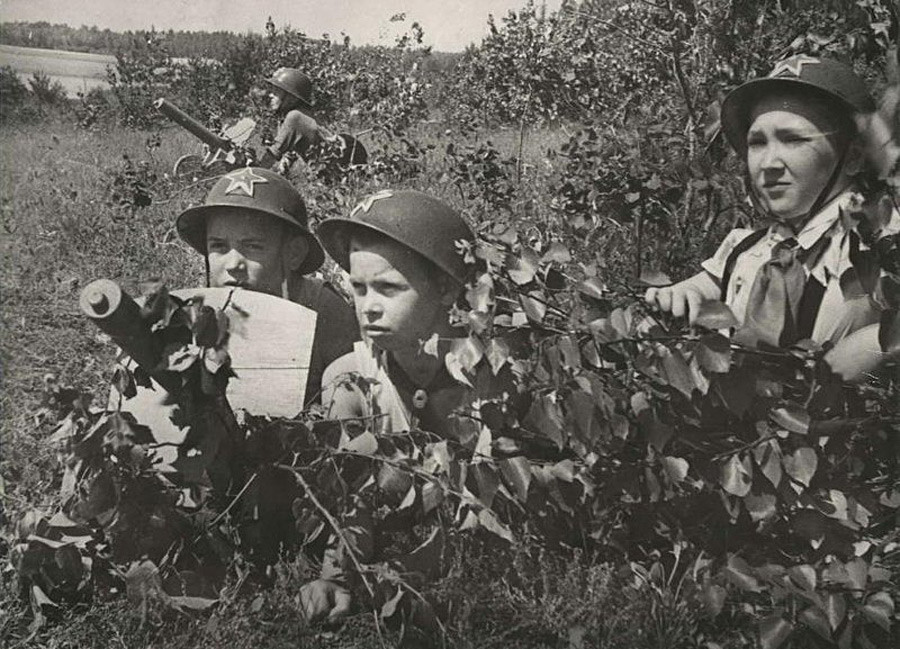 Physical education was one of the main subjects on the curriculum. Children had sport instilled in them, and were encouraged to take part in competitions and attain certain sporting grades. Athletics, gymnastics, soccer, volleyball, shooting sports, and cross-country skiing were all very popular. 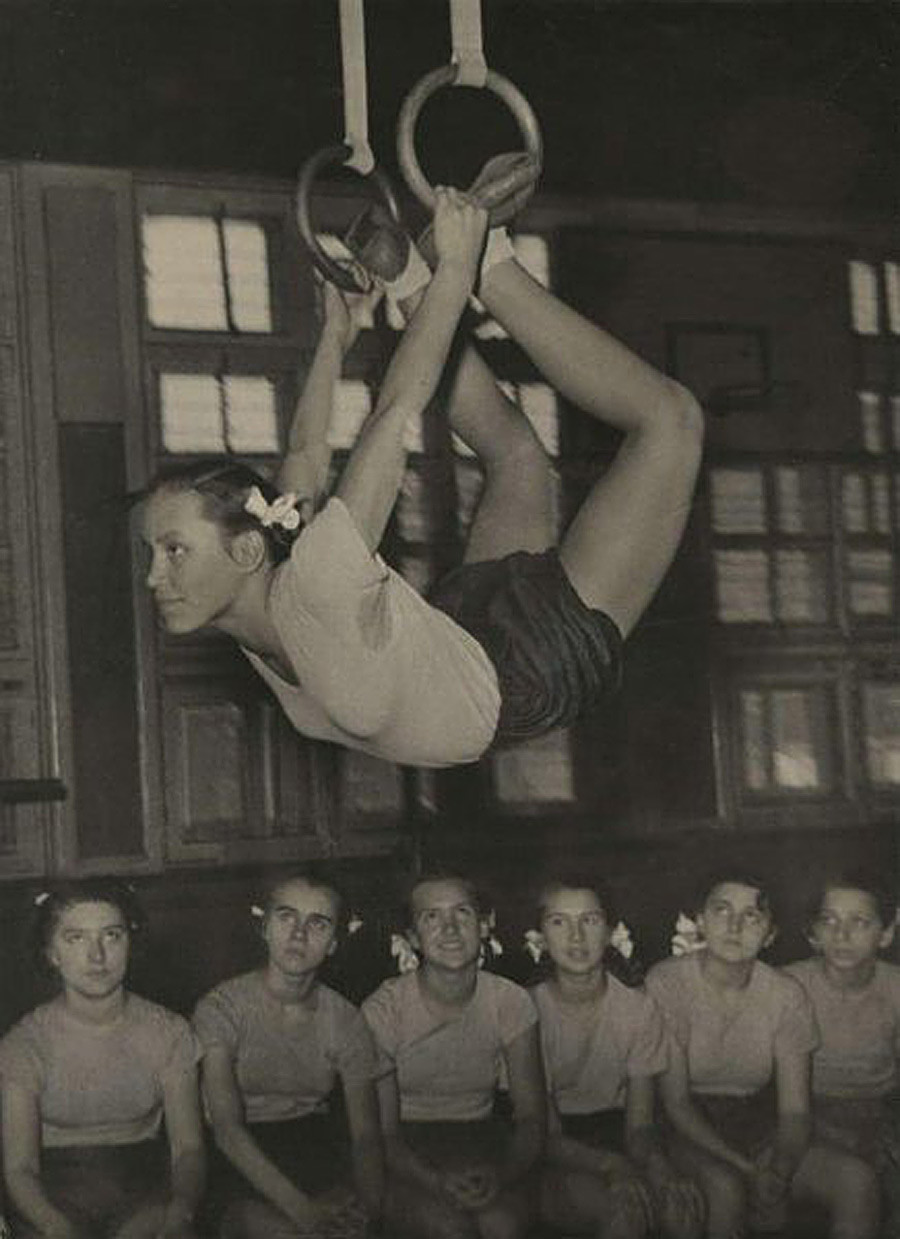 For the less sporty, there were more sedentary clubs, such as chess, dressmaking, and sewing. Aircraft modeling and other engineering activities were very popular. Soviet children not only developed excellent dexterity, but got a taste for a career in technology — after all, the Soviet Union needed engineers. 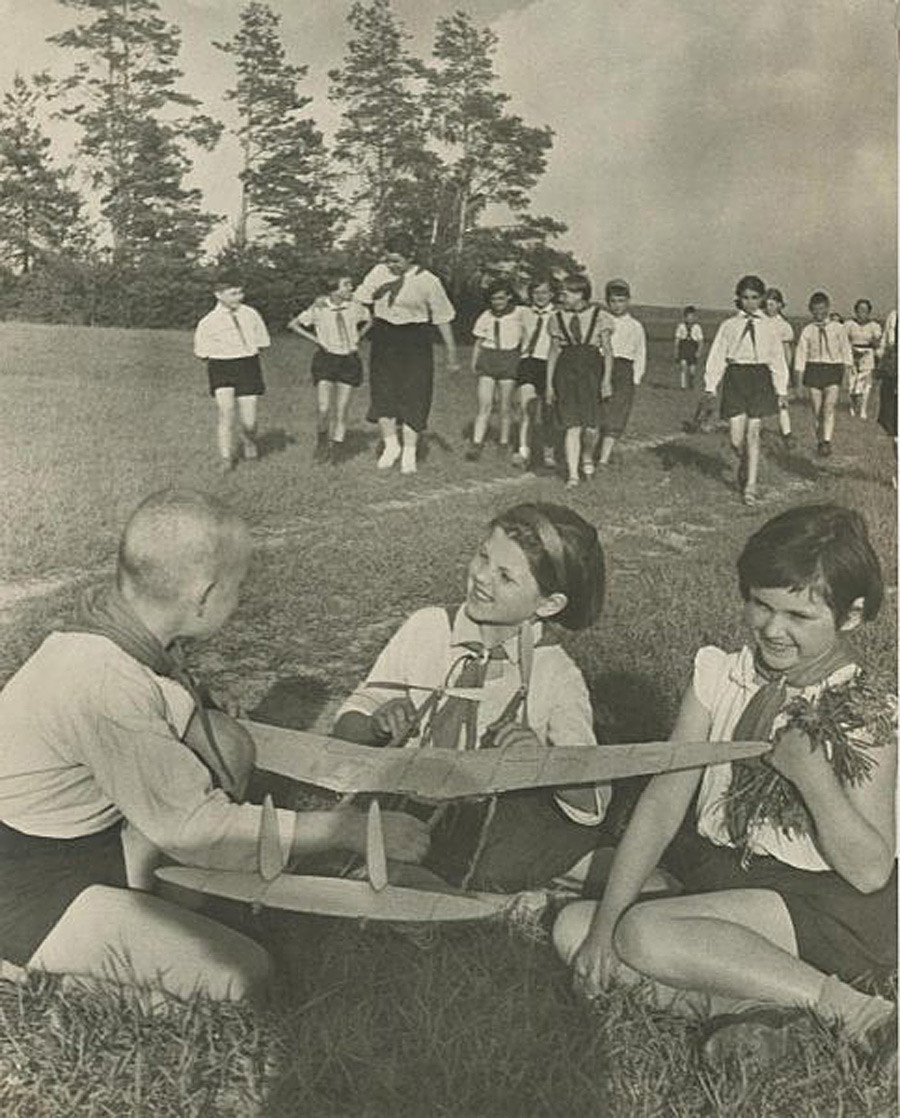 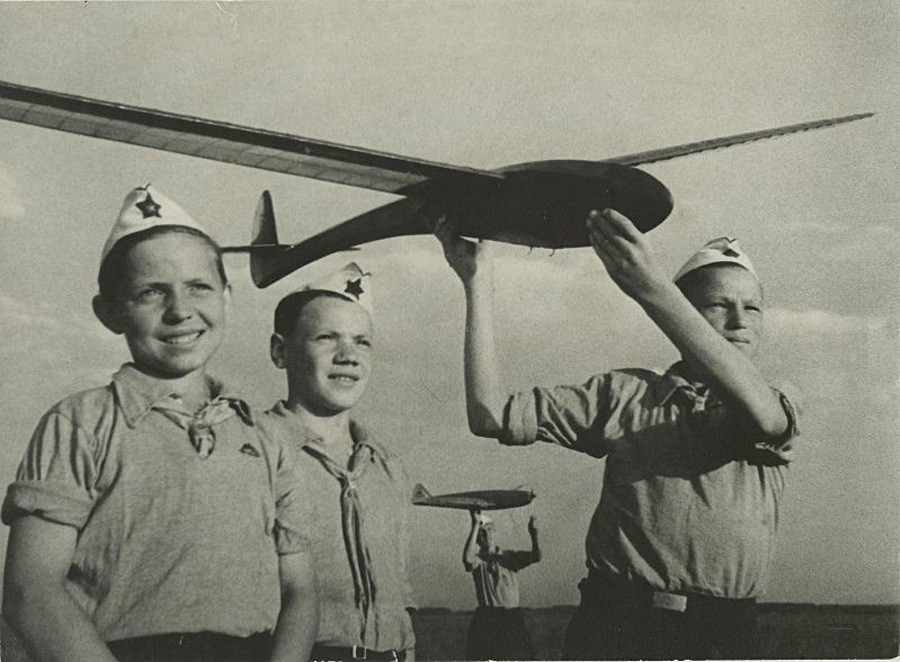 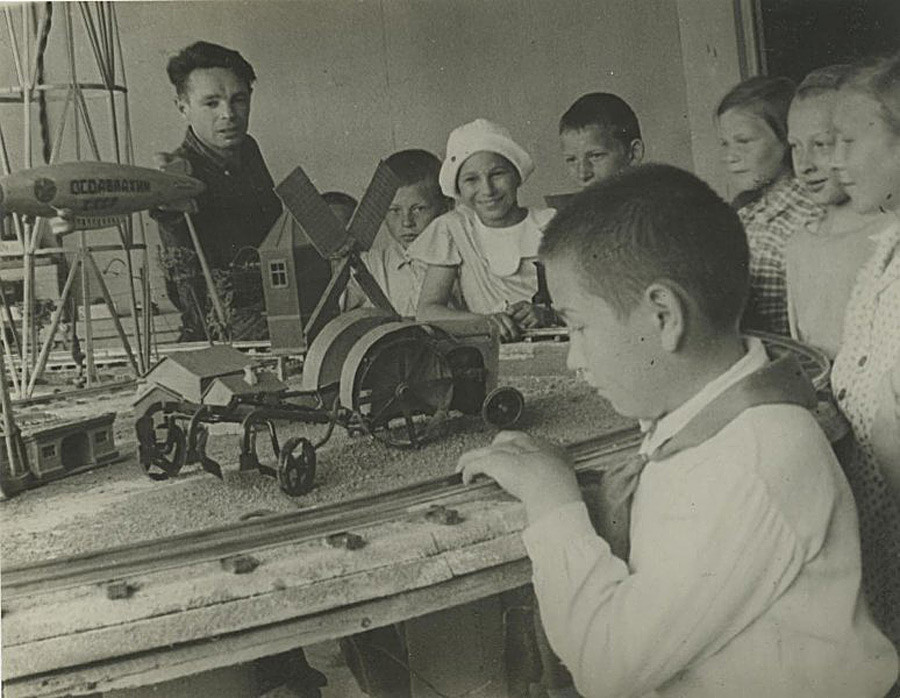 The Pioneer movement was organized so that every child had an older comrade whose job it was to guide him or her along the true path, and correct any behavior incompatible with the Pioneer ethos. 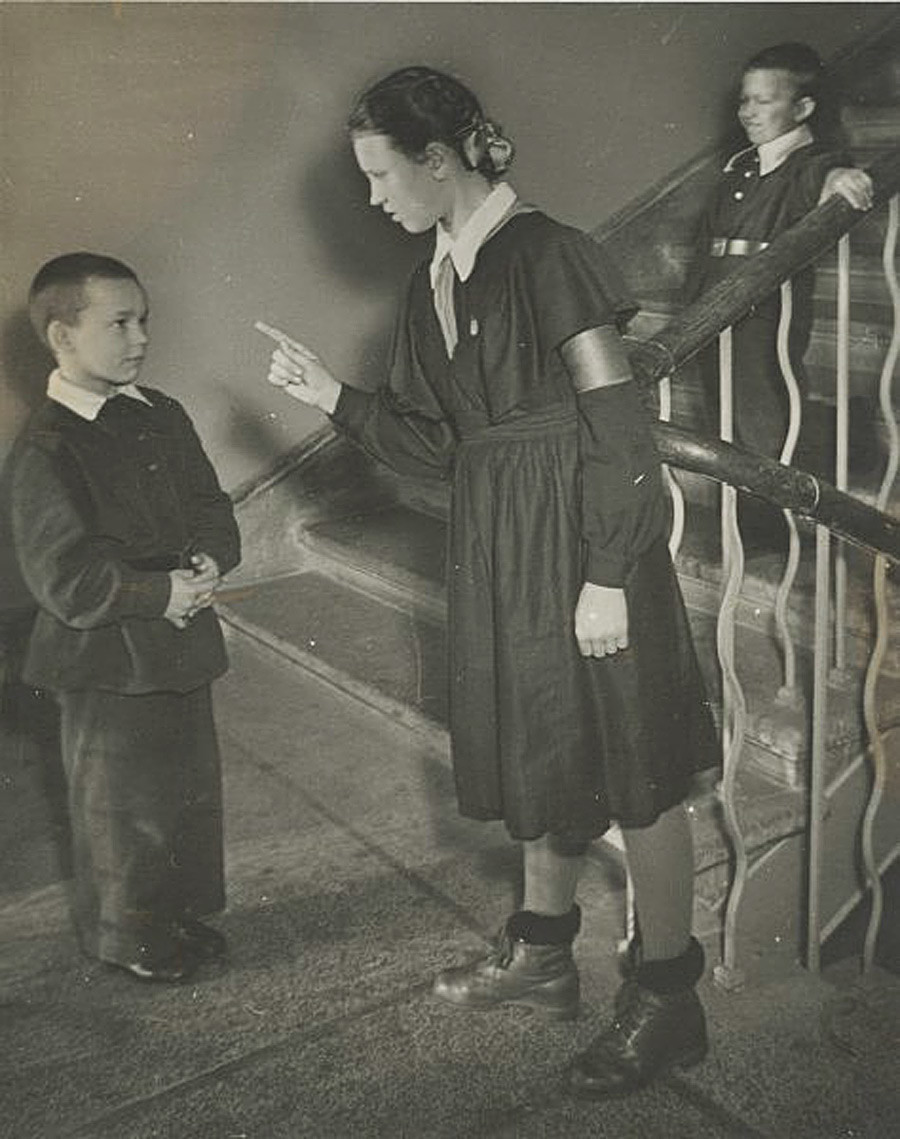 Children were also taught to be self-sufficient. Schools, for example, held self-management days. Plus there were entire career-oriented organizations where children were in charge of everything. For example, children’s railways. 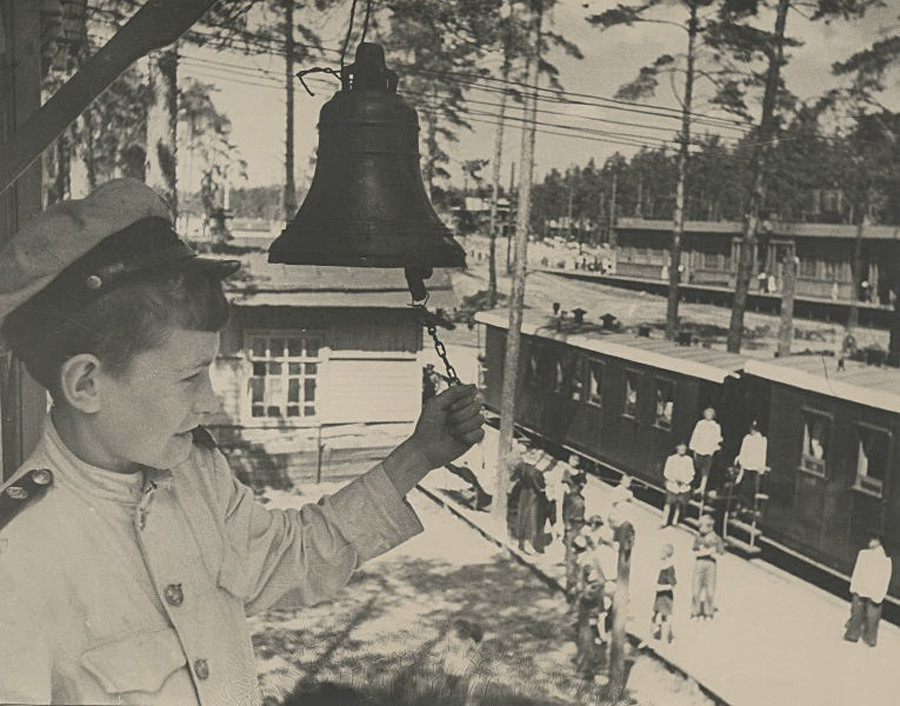 Children here worked as train drivers and conductors. And the ride was open to all-comers. Photographer Mikhail Grachev did a whole photo report on such a railway in Kratovo in Moscow Region, which, incidentally, is still running. 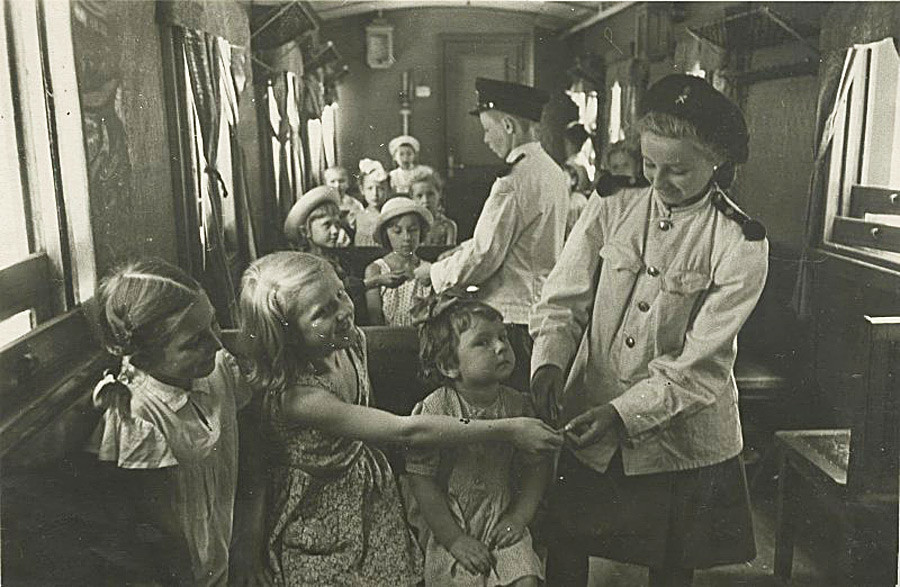 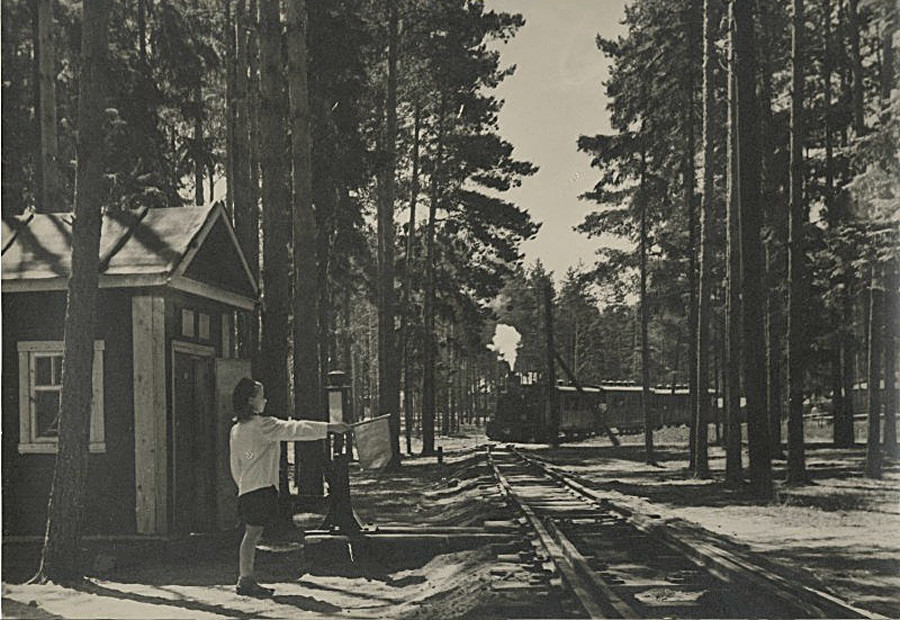 Amateur performances also flourished in the USSR, and school children often staged their own productions on national holidays and sewed costumes for themselves. 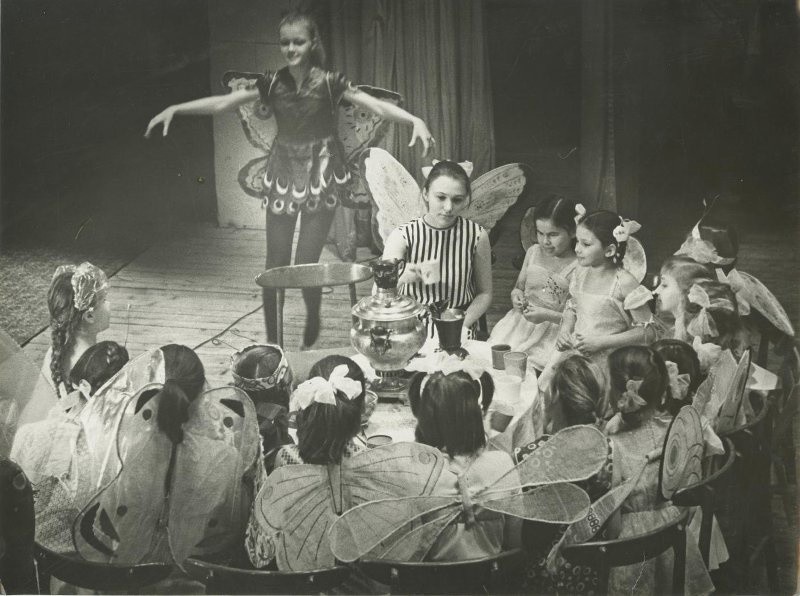 After class, children tidied up the classroom themselves. 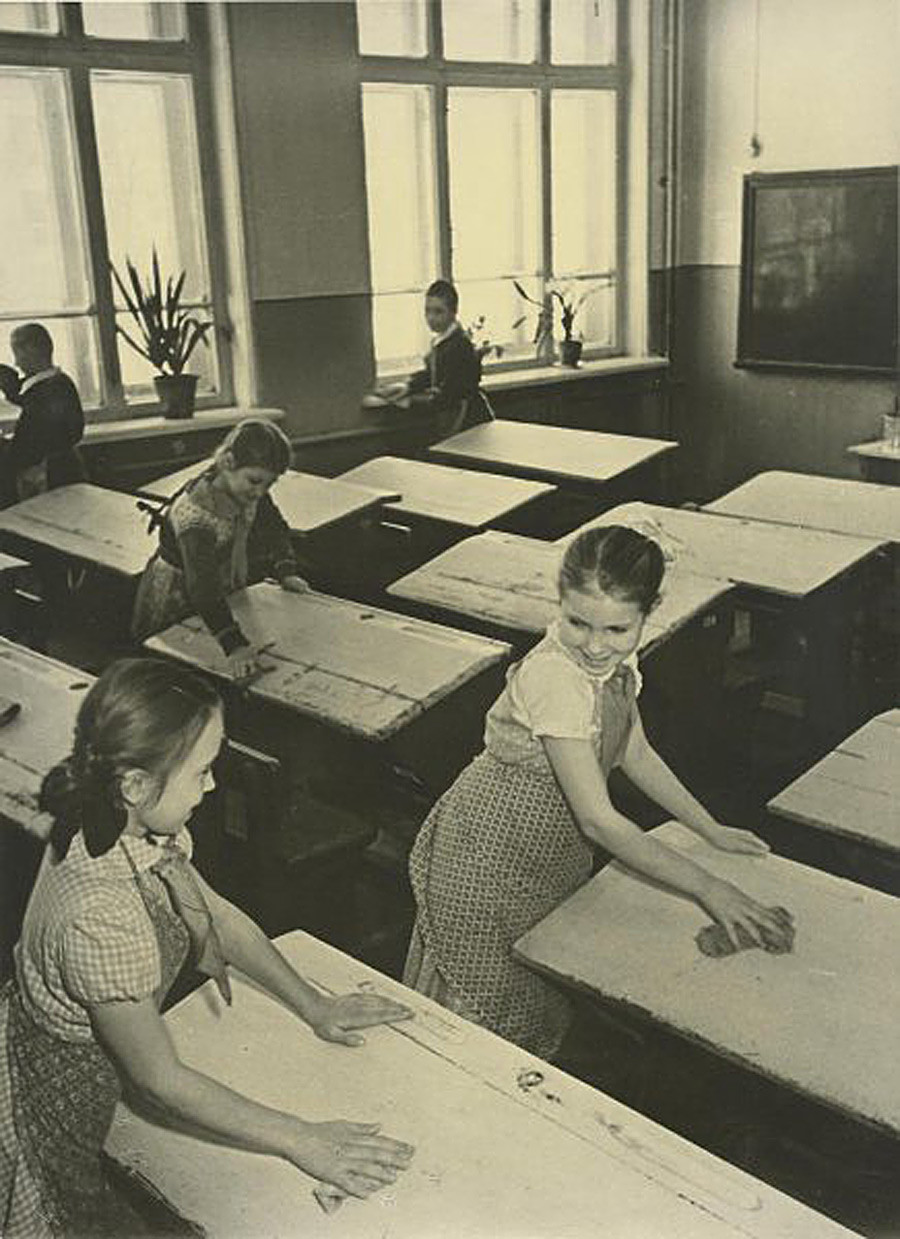