Epidemic of after-school activities among Russian kids: Good or bad?

Lifestyle
Georgy Manaev
Vitaly Timkiv/Sputnik
Today’s children are busy as never before, especially in Russia. For many, “free time” is an oxymoron. Some “tiger parents” think that overscheduling will turn their children into wunderkinds, while others try to realize their own ambitions through their offspring.

Four-year-old Bella Devyatkina is taking part in the TV show Amazing People. In front of an audience of astonished adults, she talks and reads aloud in Russian, English, French, German, Spanish, and Chinese, before retelling everything in Arabic. Bella’s mom says that initially she and her husband just wanted the child to speak fluent English. At ten months, they decided to add French.

Before starting to speak, Bella learned words on flashcards. At age three, Chinese was introduced to her studies, followed by Spanish, German, and Arabic. All her lessons take different forms: drama studies in English, drawing classes in French, figure skating with a German coach. Bella’s case is exceptional. But not that of her parents. Many people want to “create” a wunderkind by overscheduling their child’s day even more than their own.

“Singing from age five, drama and English from age six, chess from age seven, choreography from age nine, plus a decorative arts study group,” Elena, mother of 11-year-old Yulia from the town of Miass in the Chelyabinsk region, describes her child’s pursuits. According to Elena, all of Yulia’s fifth-grade peers attend extra classes and study groups (except one “for health reasons”). 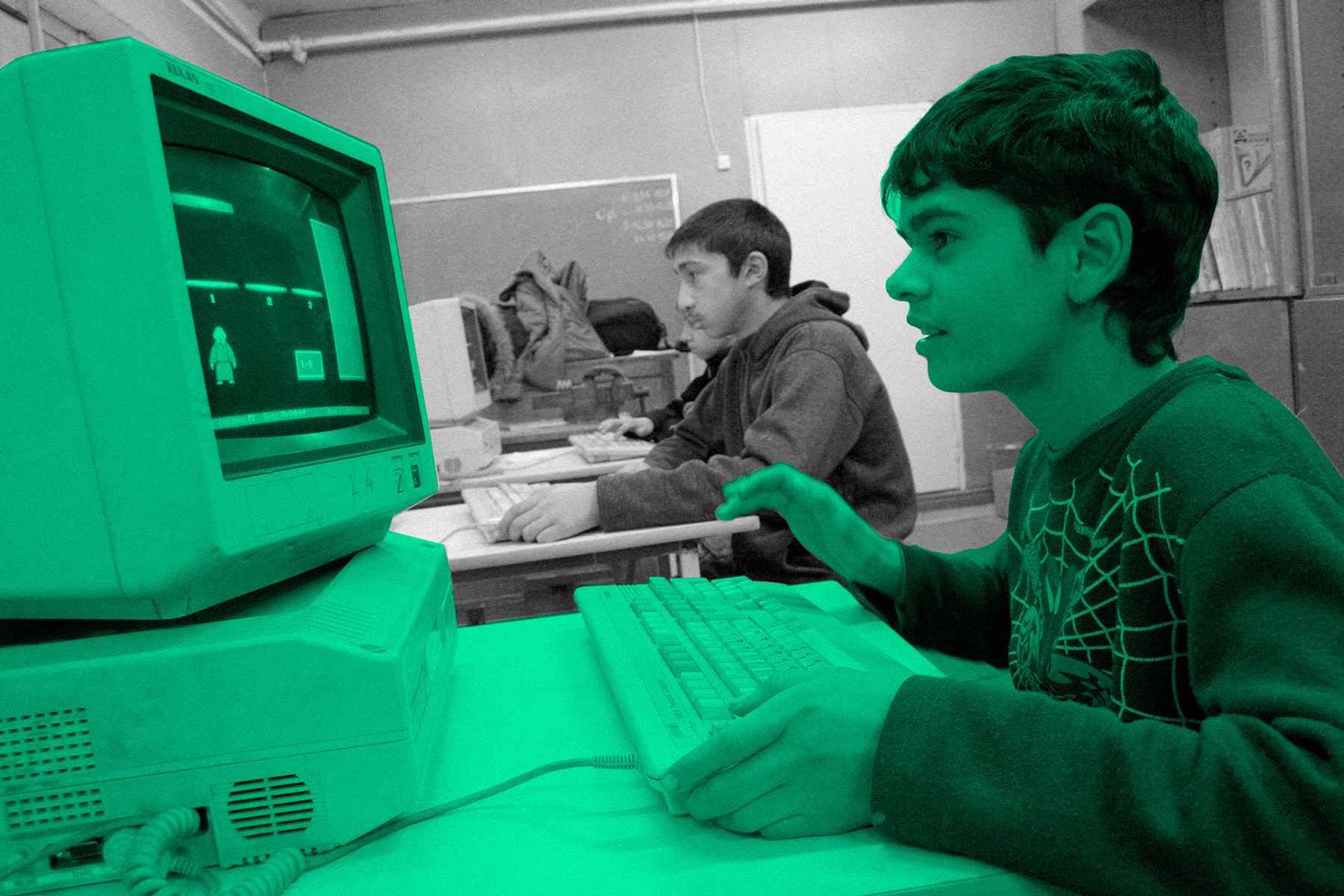 addition to school or kindergarten, many children attend extra developmental or sports classes. Parents across the land make a point of filling their social media accounts with endless photos of their children’s extracurricular activities.

According to Rosstat (the Russian state statistics service), Russia is home to more than 32 million children under the age of 14—more than of the population. Parents want them to have a glittering future, and many consider the main obstacles to success to be inactivity and... information technology.

“If my child isn’t given something constructive to do, he'll spend his time playing video games or messing around,” says Ekaterina, mother of four-year-old Roma, from Novgorod. “We didn’t have that much information when we were young. No Internet or computers. But children these days have too much information, and it needs filtering,” says Natalia from Moscow, the mother of two daughters aged ten and six. “If a child's schedule is correctly balanced, he or she will have time to do music and sport on top of their school studies. The main thing is that children should have an interest. If not, they'll be glued to their phones and fill their heads with all kinds of nonsense,” she believes. Today’s moms would prefer to forget what their own parents said about the evils of television 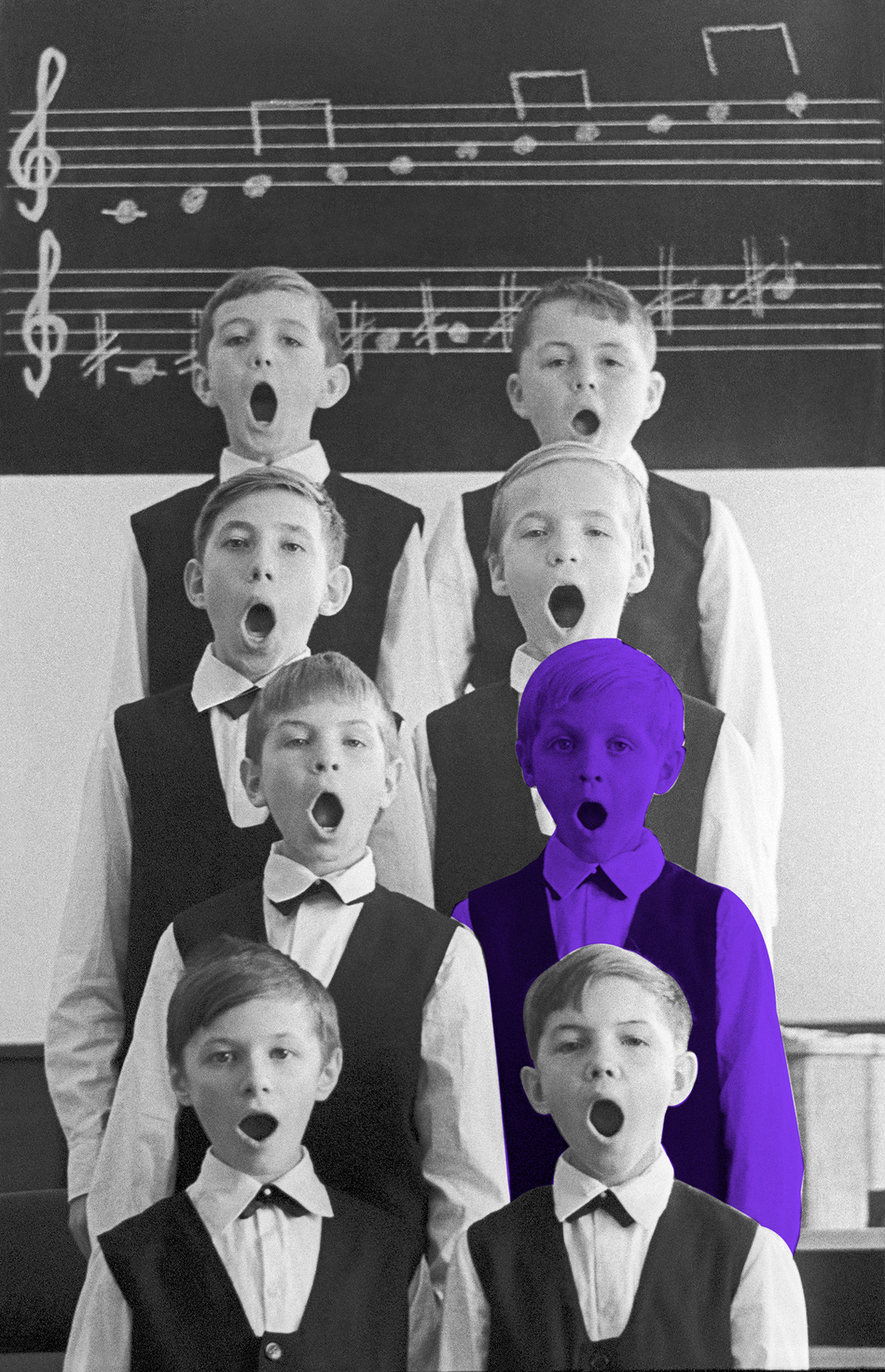 since not every child is overly enthusiastic about non-smartphone activities, it falls to their parents to make the first choice. The most tigerish of them start as soon as the diapers come off: When typing “where to send ...” in Yandex, the search engine automatically completes the sentence: “... from age 3”. That particular query in Russian returns 277 million results.

Sometimes the choice is dictated by parents’ own unfulfilled ambitions. As a child, Ekaterina said she wanted to have singing and piano lessons, but her mother refused. So she signed her son Roma up for music (and gymnastics). Singing, in particular. “Roma likes singing, it’s probably his mother’s genes,” says Ekaterina. 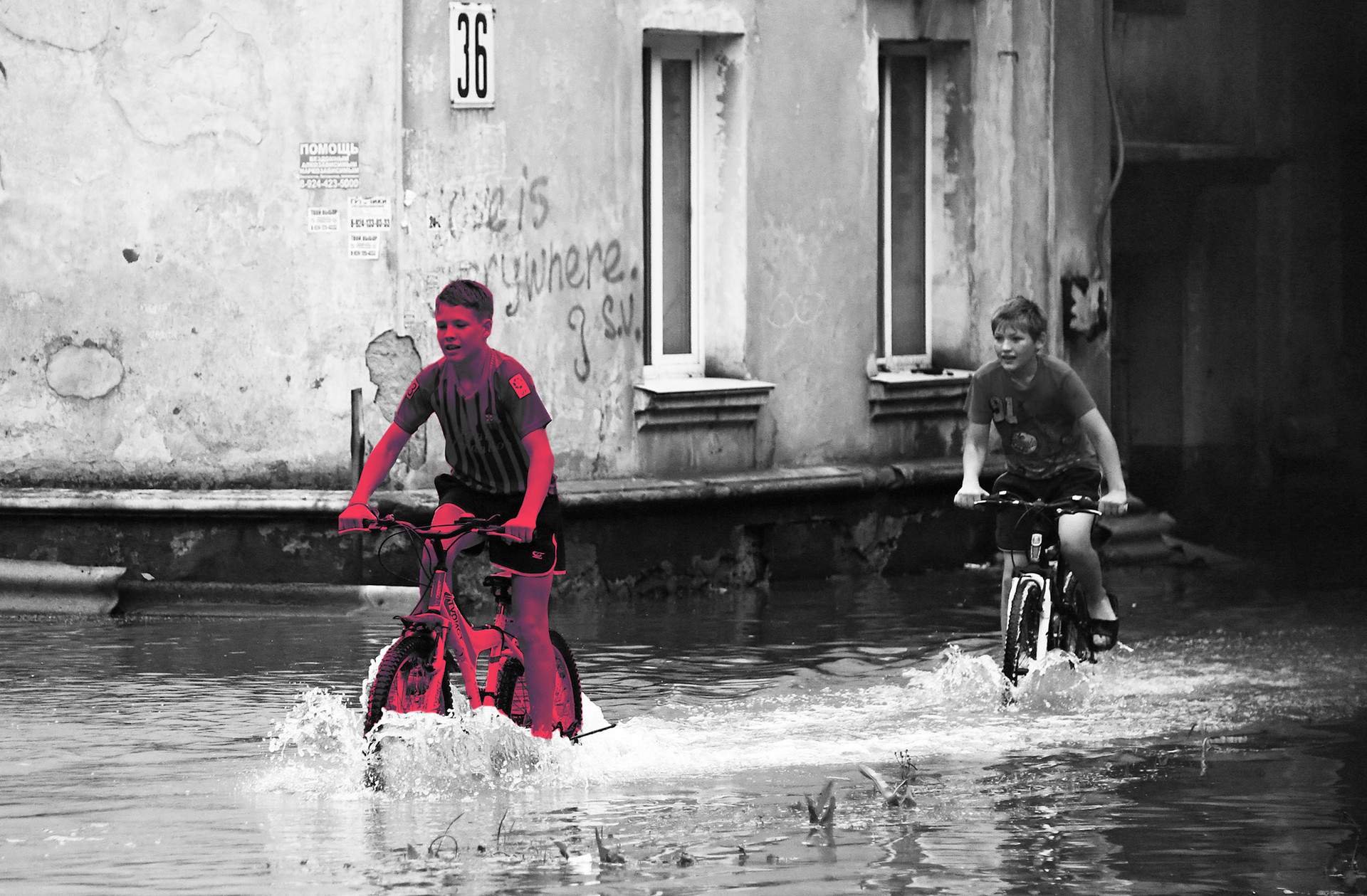 , it’s an exaggeration to say that hyper-busy children have no free time at all. Except that “free” means weekends with parents and holidays packed with extracurricular activities. Not to mention all the “vacation assignments” to ensure that the child is top of the class when the new term starts. Most of the year, Russian children, like adults, follow a 5:2 weekday/weekend regime, under the strict supervision of teachers, coaches, and parents.

Moreover, according to a letter issued by the Ministry of Education and Science (MoES) on September 5, 2018, students are “required to participate in extracurricular activities.” If a child does not do them at school, they must provide a note (as per common Russian practice) saying what study groups or circles they attend elsewhere, or why they are unable to do so for health reasons.

Moscow and other big-city parents need little official encouragement. But regional schools pay more attention to MoES circulars. Anna from Veliky Novgorod, who has a daughter and son, says that in her city after-school options are few and prohibitively expensive. Many children do extracurricular activities at school just to fulfill the mandatory “extra class quota.”

“Permanent activities are one way to keep control over children’s upbringing. But there are more minuses than pluses,” reckons Anastasia Klepinina, a specialist in developmental psychology. “Everyone needs personal time and space, and children are no exception. They must be allowed to run around and play to their heart’s content. This is the best motivator for learning and discovering new things, and stimulates mental development and well-being. Things learned at the ‘inappropriate’ time are quickly forgotten. Worse, children could develop an aversion to the learning process itself."

Anastasia goes on to say that problems caused by constant parental control are beginning to manifest themselves in today’s adolescents: “They have no responsibility or self-reliance. Even dressing can be a problem. Constant care and control the child of the opportunity to cultivate an independent self.”

“Children need breathing space from time to time—just to hang out online or somewhere else. Inactivity is an important component of life, or else you can go cuckoo,” says Anna from Veliky Novgorod. Her eldest daughter, 16-year-old Vera, has been keen on dancing since childhood and now dances hip-hop. Anna's son, 12-year-old Ilya, is home-schooled (not for health reasons) and goes to a fitness center twice a week by his own choice.

What do children themselves think? 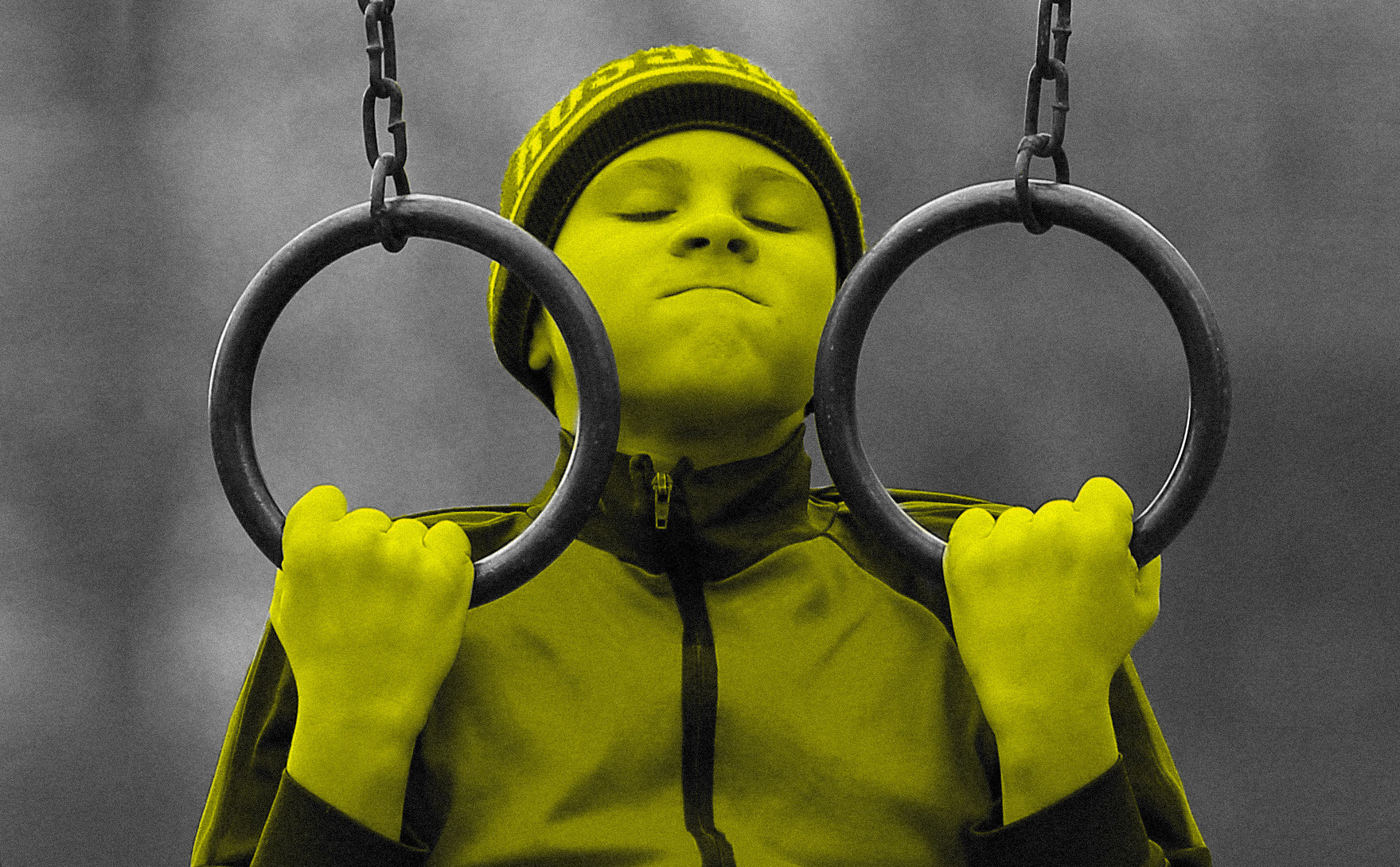 “I don't like watching hockey. I like playing it. I do it because it's cool. My friends in kindergarten are a bit jealous that I go to hockey lessons,” says six-year-old Sasha from Lytkarino near Moscow. As for (mom’s) tablet and phone, Sasha is very good “friends” with them—at a younger age, he could readily spend 2-3 hours without looking up from the screen. But now he has other goals in mind.

Sasha takes great pleasure in his own personal achievements. “Recently I learned how to slow down on the ice. Before I could only do it by grabbing hold of someone, but then I managed to stop all by myself. It was awesome!”

Eleven-year-old Yulia, the daughter of Elena from Miass, talks about the pleasure she gets from her favorite activity—singing. “When you go on stage, it's very scary. But then people start to clap and you loosen up a bit,” she says. Yulia spends 12 hours a week solely on extracurricular classes, but she enjoys it. “There were times when I was jealous of kids with lots of free time, but then I got really involved in the out-of-school classes I was doing and still am, and now I don’t want to spend time on anything else,” she says.

“I owe everything to mom” 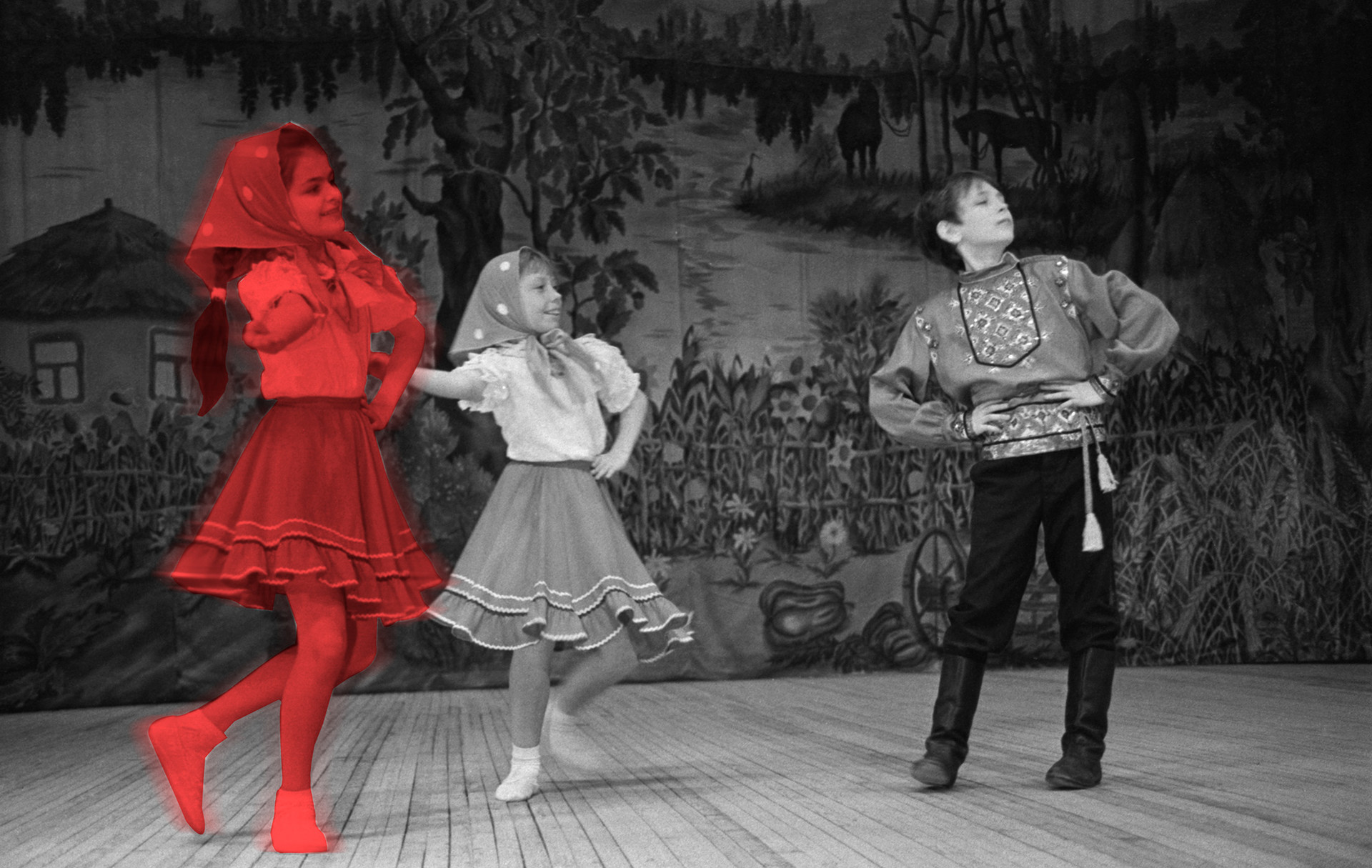 Does your child increase their chances of becoming an Einstein or Mozart? We asked adults to evaluate how their own developmental and extra classes in childhood affected their lives, and what role their parents played.

Forty-two-year-old Andrei, of Ilya, is an IT expert. When he first got into computers, no one really understood what it was all about. “If adults disapproved, it was mostly down to technical ignorance. The usual ‘you’ll ruin your eyesight’ comments. But Andrei’s mother was ahead of the curve and realized he needed additional . “She suggested I take a computer course. They were new in our city back then and quite expensive. But she could see I was mad about and guessed right,” says Andrei.

Muscovite Alexandra, 32, is a former “hyper-busy” child herself. She recalls how and her brother’s daily schedule was mapped out with precision. Her brother did because their mother wanted him to “grow up strong.” And both children went to language because mom wanted them to get into Moscow State University.

For Alexandra, music school was the toughest, three times a week: “I hated it, although I had a good ear. But solfège (ear training) and piano... Mom made me do even more at home, it was terrible. In the end, I quit without finishing.” She did folk dancing (twice a week), plus guitar on weekends. And at the grammar school where Alexandra and her brother studied, there were plenty of out-of-class activities: theater, hikes, trips, etc.

“It sounds almost cruel,” says Alexandra. “But it never seemed to me that I didn’t have a childhood. I spent all summer running the village where my granny lived. Sometimes I wondered why other kids hung out in the yard but I didn’t. My mom said they would grow up to be shop assistants or worse. By the way, she was right.” Alexandra is sure that everything she and her brother achieved in life is “thanks solely to mom, her energy and parenting.”

Alexandra doesn’t do music anymore—her job is connected with foreign languages. But there are times when she regrets quitting music school. She was on the verge of graduating and would have got a diploma. But she never talks to her mother about it, “because she always said that if I quit, I’d live to regret it.”