Who started the Civil War in Russia? 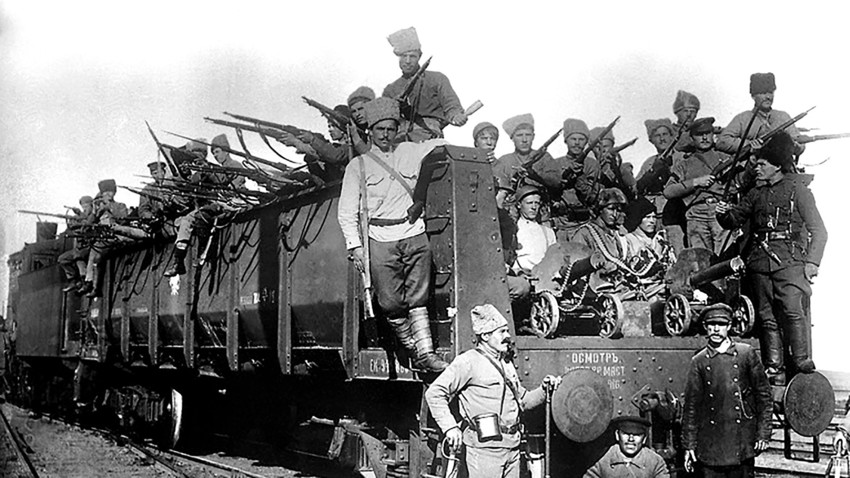 MAMM/ МDF/russiainphoto.ru
After the abdication of Tsar Nicholas II in February 1917, and the subsequent victory of the Bolsheviks in October that same year, Russia was torn asunder. Millions perished and much property was destroyed in this unprecedented devastation in the country’s history. Who’s to be blamed for it, and when exactly did it begin?

1. Lenin and the Bolsheviks?

For many, the answer is obvious: the Bolsheviks. This is the most popular view in Russia and abroad. One of the main arguments used to substantiate the claim that the Bolsheviks were the main force behind the Civil War is their famous slogan: “turning an imperialistic war into a civil war.”

The Bolshevik leader, Vladimir Lenin, certainly said these words in summer of 1915, two years before the overthrow of the Romanovs, and at a time when World War I was in full swing. The slogan had international appeal, not focusing exclusively on Russia because the Bolsheviks were obsessed with the idea of a world revolution. Yet, the situation in Russia developed exactly along those lines: the “imperialistic” World War I turned into a civil war.

Many consider the Bolshevik crackdown on the Constituent Assembly as the outset of hostilities. That body, which was loudly touted as “Master of the Russian lands,” and whose convocation was widely anticipated after the overthrow of the Tsar, held its first session in early January 1918, about two months after the Bolsheviks had violently seized power. 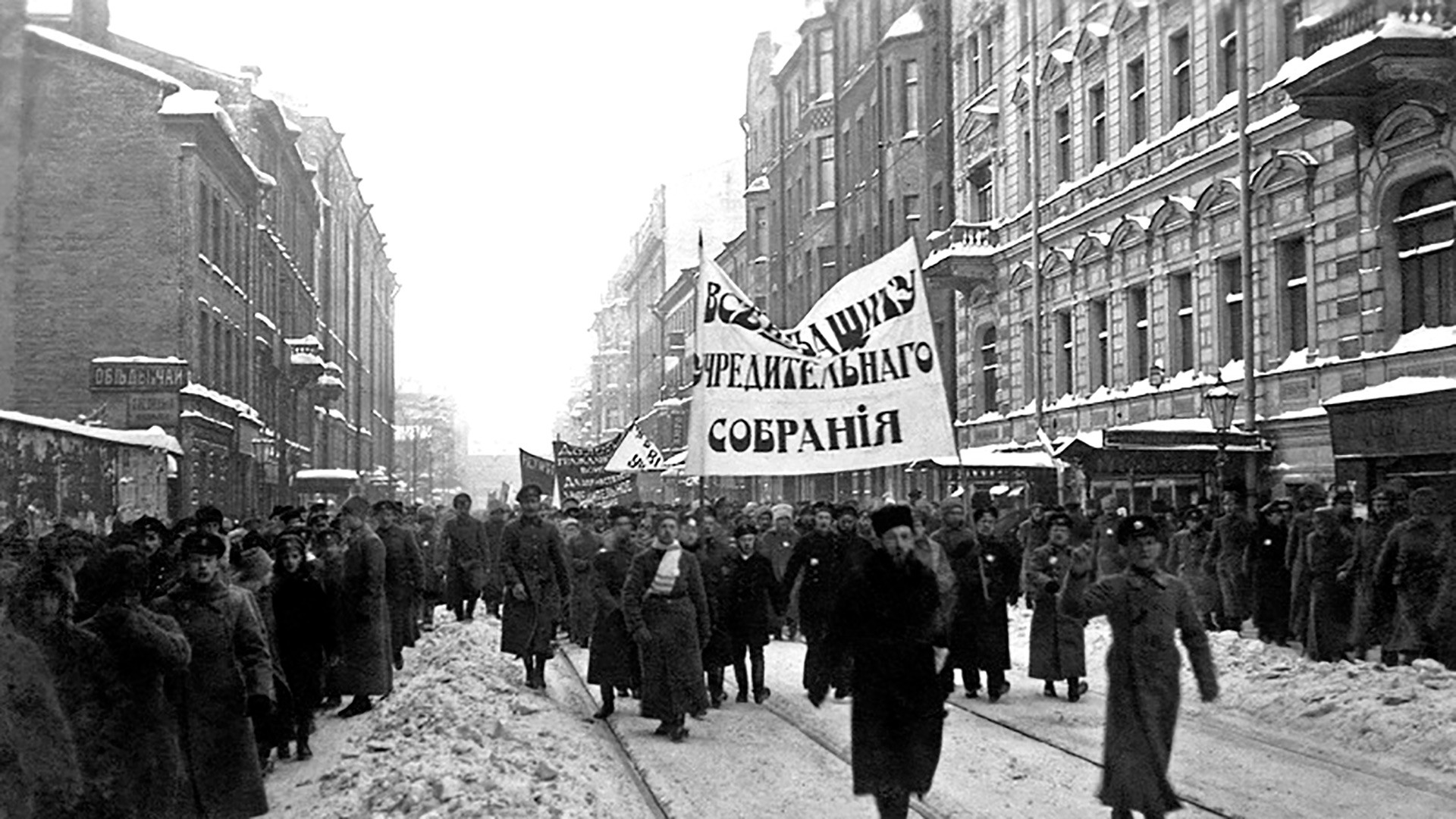 Bolsheviks dispersed a rally that came to the support of the Constituent Assembly, shooting many of the demonstrators

Since they lost the elections to moderate socialists, the Bolsheviks forcefully shut down the Assembly and dispersed a rally that came to its support, shooting many of the demonstrators. The number of victims ranged from seven to a few dozen.

The Bolshevik crackdown on the Constituent Assembly was a symbolic move, and historian Konstantin Morozov called it “the trigger of the Russian Civil War,” because it embodied the unwillingness of Lenin to take into account the position of his opponents, leaving no other option except repression. The dispersion of the Assembly’s supporters is sometimes also interpreted as the start of the Bolsheviks’ infamous Red Terror.

At the same, it’s often argued that for the majority of Russians the fate of the Constituent Assembly was not important at all. Peasants comprised more than 80 percent of the population, and for the main issue was how to get land from the landlords, and to keep it. The abstract legal issues of Russian constitutionalism did not interest them much. By the way, it also was not an issue for the Bolsheviks’ main opponent, the White Army.

“The majority of White officers … were monarchists. Both contemporaries and historians agree on it. … The Whites even avoided the term ‘Constituent Assembly.’ They did not want to revive the body,” contends historian Alexey Gusev. Hence, a crackdown on something not valuable for the vast majority of the country’s population can hardly be viewed as the Civil War’s starting point. 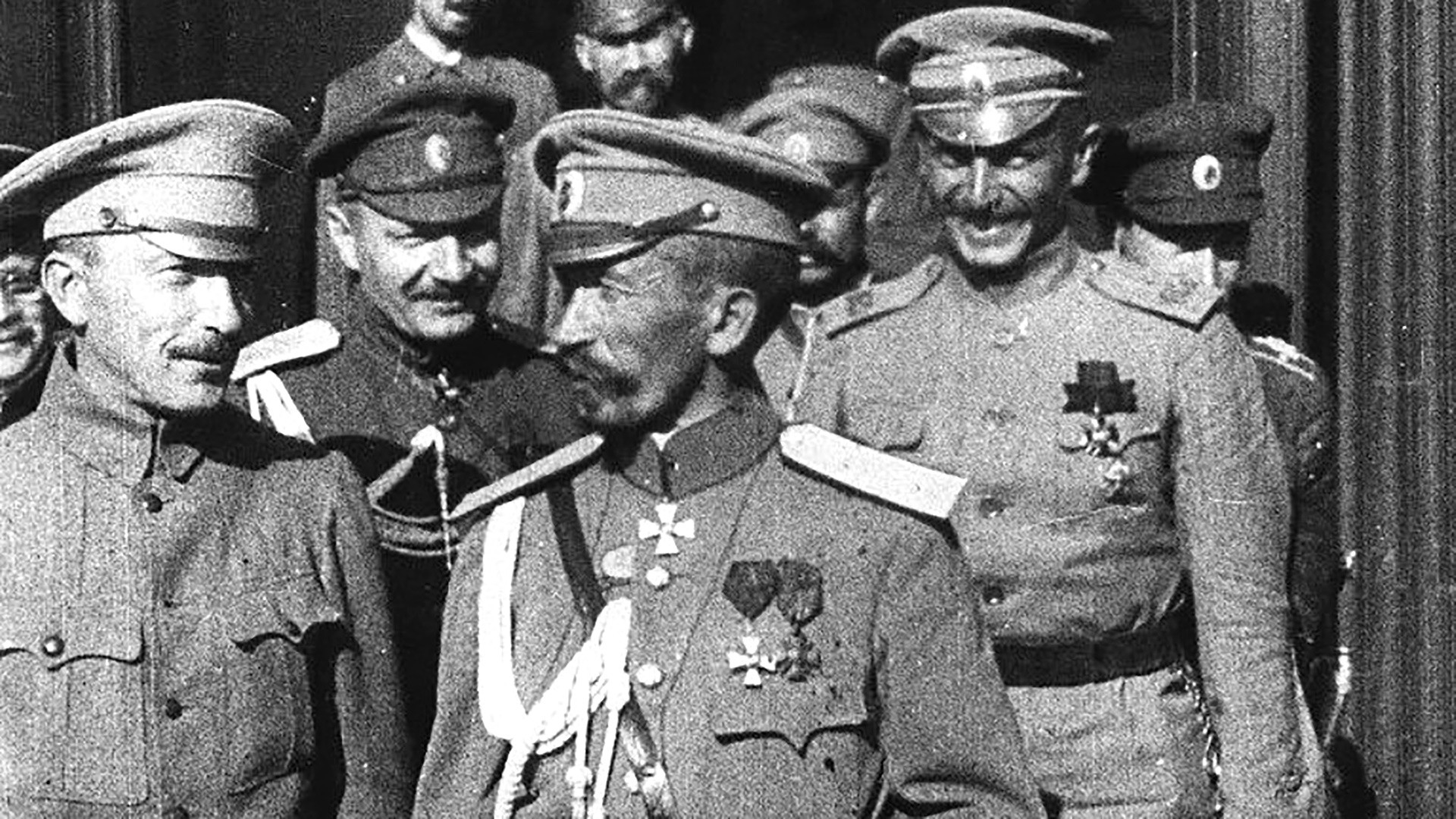 Another important fact to consider is that the first coup d’état attempt involving military units took place in August 1917, two months before the Bolshevik uprising. The Commander-in-Chief at that time, General Kornilov, sent troops to Petrograd to challenge the Provisional Government. The coup failed and Kornilov was arrested. While behind bars, he came up with a program that he then implemented after leaving prison following the Bolshevik seizure of power.

was the program of the White Movement, the most ardent enemies of the Bolsheviks, and who in many aspects aspired to restore the old system. Kornilov’s movement used force for the first time even before the Bolsheviks took power. Hence, some experts connect the start of the Civil War with Kornilov and his followers in .

3. Both the Reds and the Whites?

This is a compromise approach. As Alexey Gusev said: “The Civil War as a socio-political conflict was provoked by both sides.” Landlords, the bourgeoisie, the bureaucratic apparatus and many military officers felt their positions threatened by the overthrow of the Tsar. Meanwhile, the deepening revolutionary sentiments of peasants, workers and soldiers endangered the plight of those connected with the old regime even more. A showdown between those for and against the Revolution was inevitable, the historian argues.

Both sides used similar violent methods, so it’s hard to find one real villain. The White Terror in many aspects was just as bad as the Red Terror, with tens of thousands also killed. General Kornilov said in early 1918: “Don’t take prisoners. The more terror, the more victories.”