Constructivist architecture lives on in Yekaterinburg

Travel
Peggy Lohse
In the 1920s and ‘30s, rapid industrialization of areas near Russia’s Ural Mountains led to a construction boom, particularly in the city of Sverdlovsk (Yekaterinburg). The legacy of that expansion includes prime examples of Soviet-era Constructivist architecture, five of which are presented here as a walking tour. 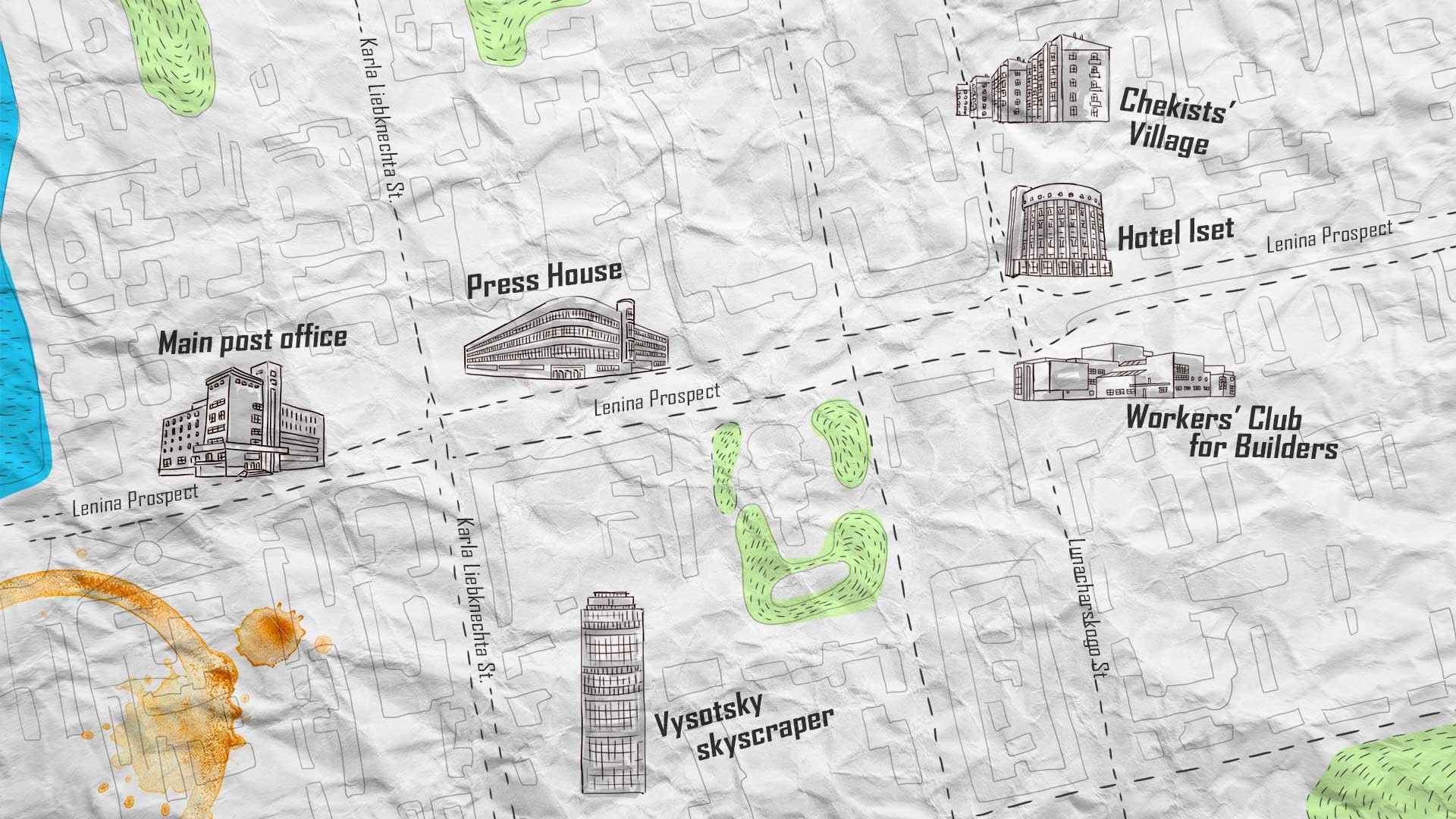 After the 1917 October Revolution, many architects from Moscow headed east to begin planning construction of steel mills, manufacturing plants and other factories in what would become the Sverdlovsk Region and its main city. (The city’s tsarist-era name, Yekaterinburg, was reinstated in 1991.) Planners also focused on the offices, housing complexes and related infrastructure needed to support this industrial growth in a relatively compact urban space.

Before checking out these five Constructivist buildings on foot, which takes half a day, we recommend you visit the Vysotsky skyscraper in central Yekaterinburg for a bird’s-eye view of the city. Back on the ground, you can begin your architectural tour: 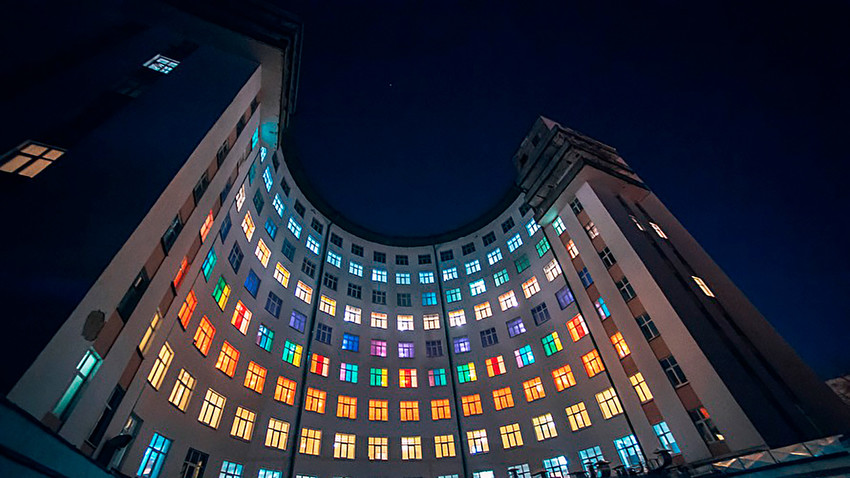 A huge white-and-pink building dominates the traffic circle at Lenina Prospect and Lunacharskogo Street. Named for Yekaterinburg’s major river, the semicircular Iset opened in 1933 with 95 rooms, all reserved for use as a dormitory by agents and officers of the first Soviet secret police force, the Cheka (later the NKVD, precursor of the KGB). 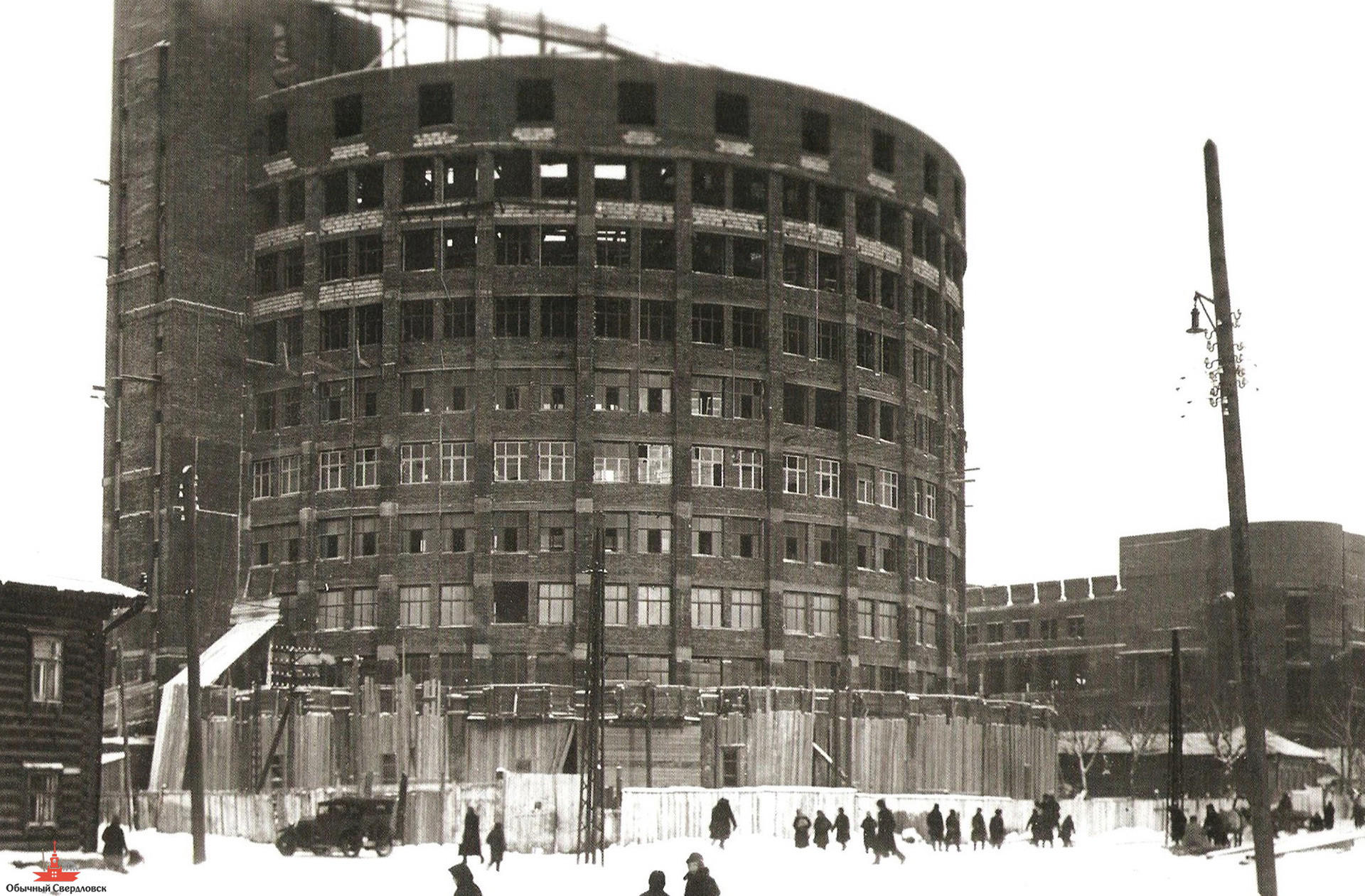 During World War II the hotel housed families displaced by fighting in western parts of the Soviet Union. 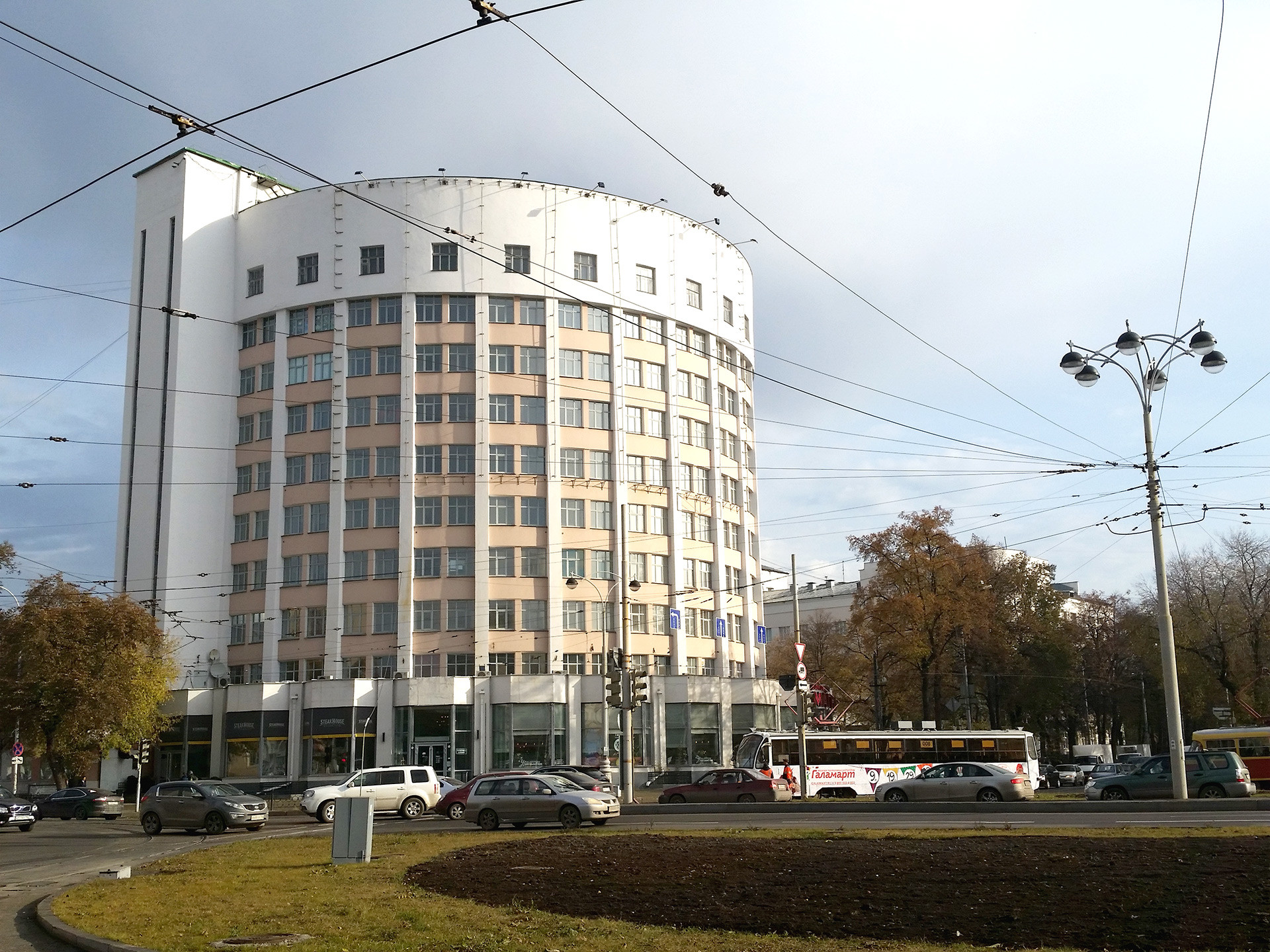 Although the officially remains a working hotel, it has been for the past three years due to renovations. The exceptions are a first-floor supermarket and a restaurant that serves Ural-style pelmeni. 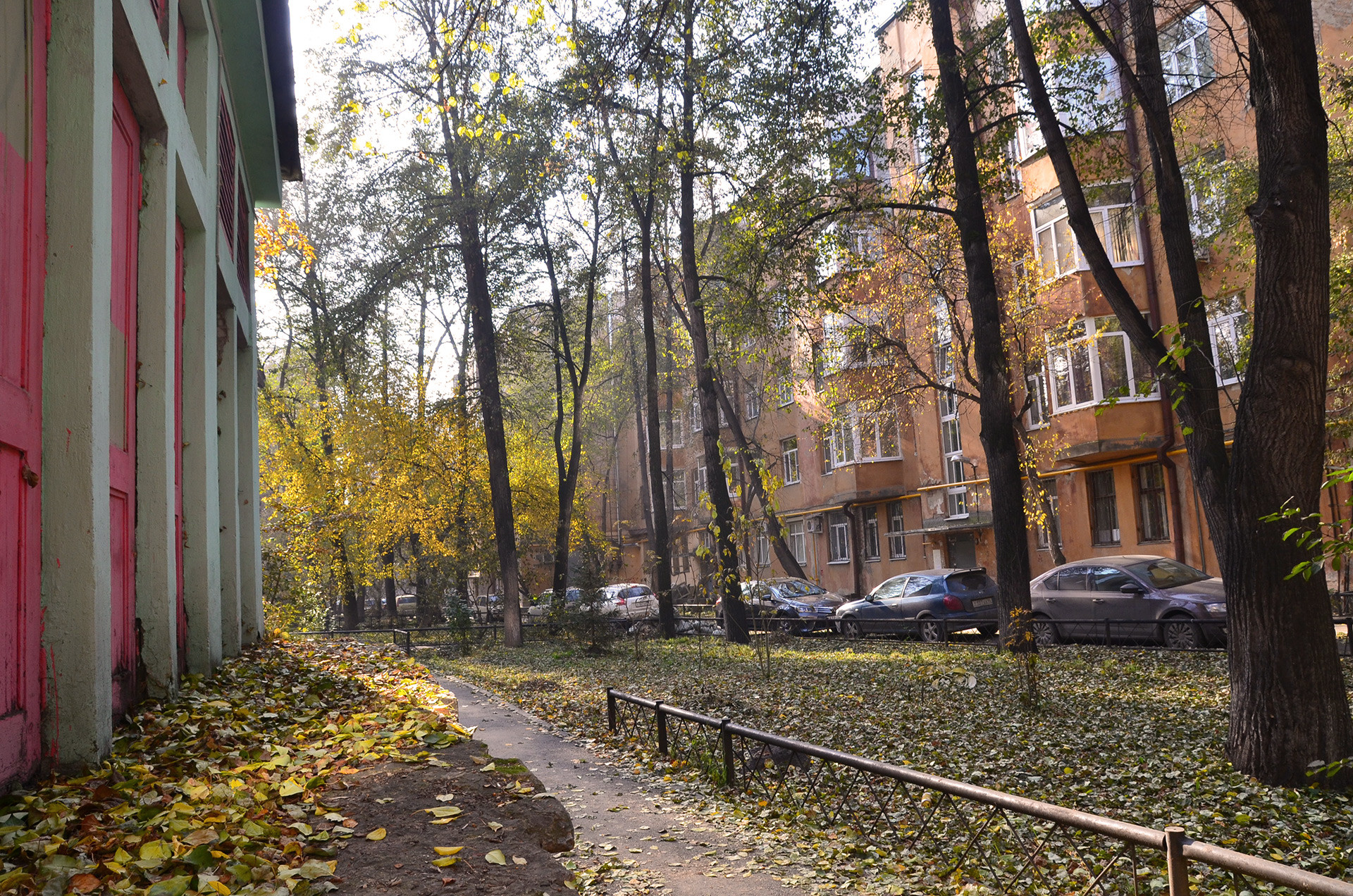 Behind the Iset is a city within the city. Chekists’ Village, built between 1929 and 1936, was designed to serve the needs of local Cheka officers and their families.

The architects’ goal for the 12-block village was to discard any hint of imperial Russia in favor of a Soviet ideal for social interaction.

Key elements included an officers’ club named for Cheka founder Felix Dzerzhinsky, a kindergarten, sports facilities and a cafeteria. This communal approach meant that individual apartments in the village were designed without kitchens, although residents soon modified their quarters. 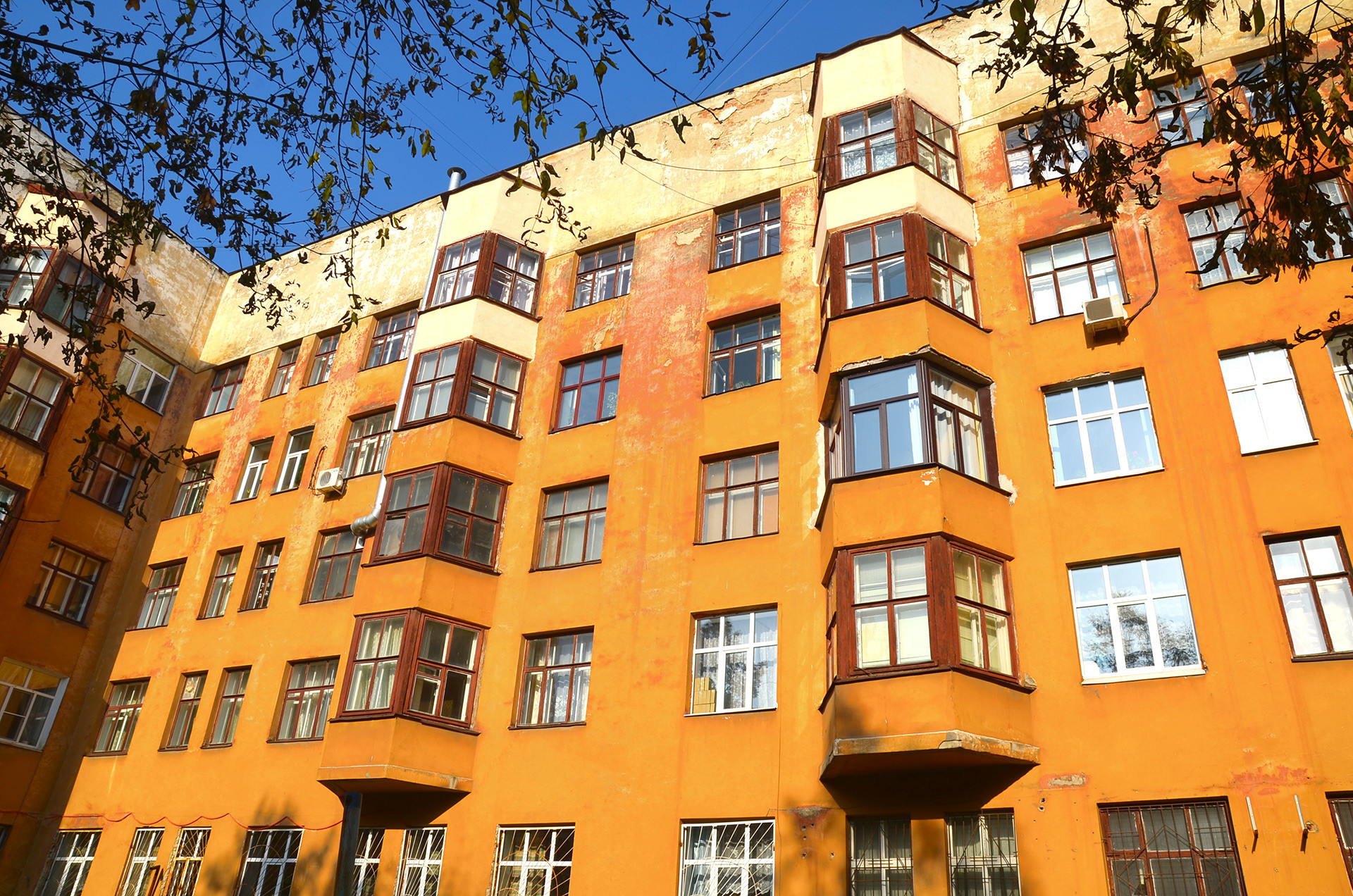 Courtyard at the Chekists' Village 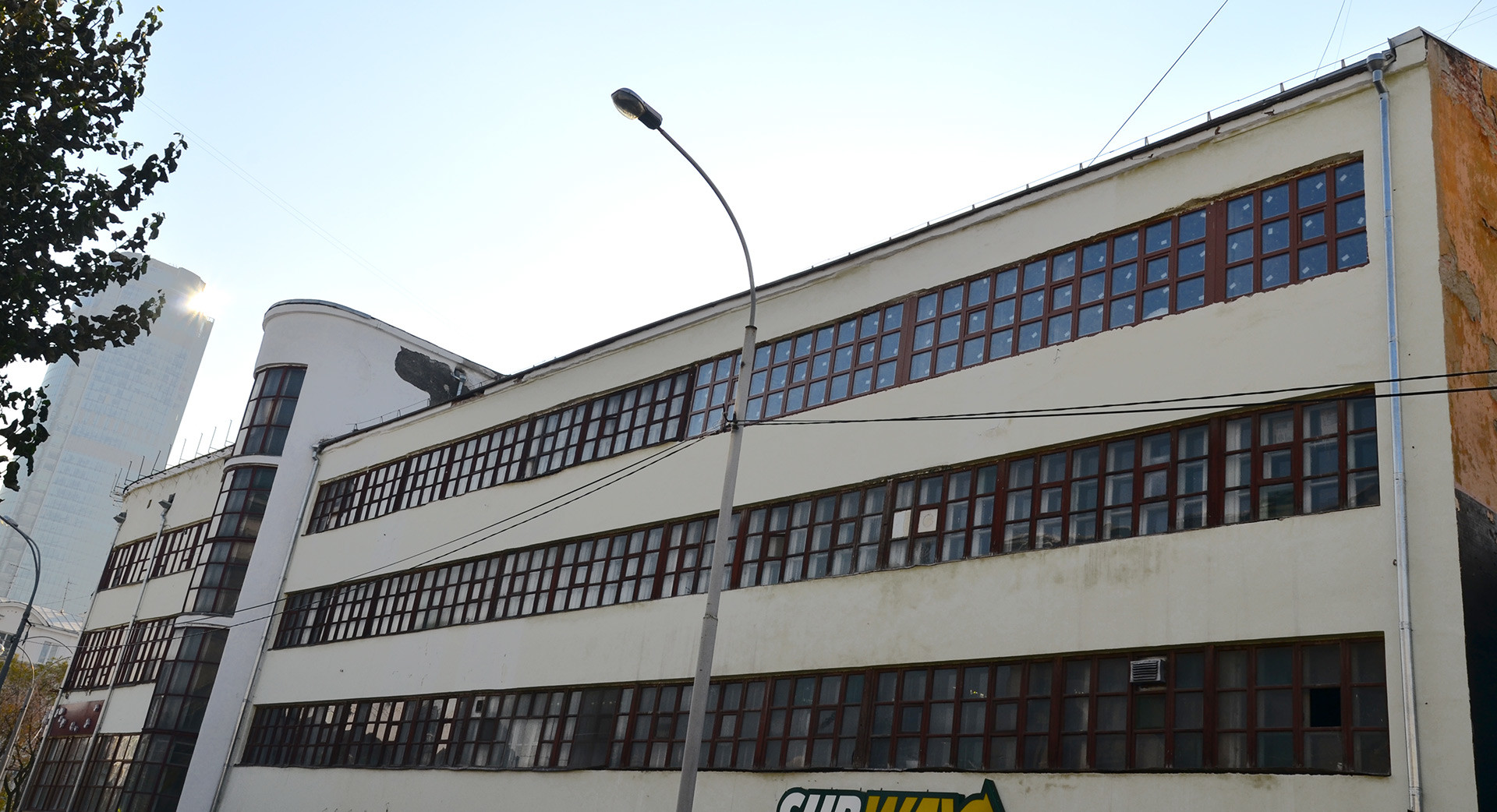 The Press House at Lenina Prospect and Turgeneva Street built in 1929-1930 and designed for the Ural publishing house, which at the time included editorial offices and pressrooms for the region’s three major newspapers. The structure was planned by Georgy Golubev, who later became the main architect for the city of Sverdlovsk. Its wraparound windows ensured plentiful light for editors and printers to do their work, and the huge loftlike rooms accommodated printing presses. During World War II, the Press House also became a workspace for writers who had fled fighting in the country’s west. 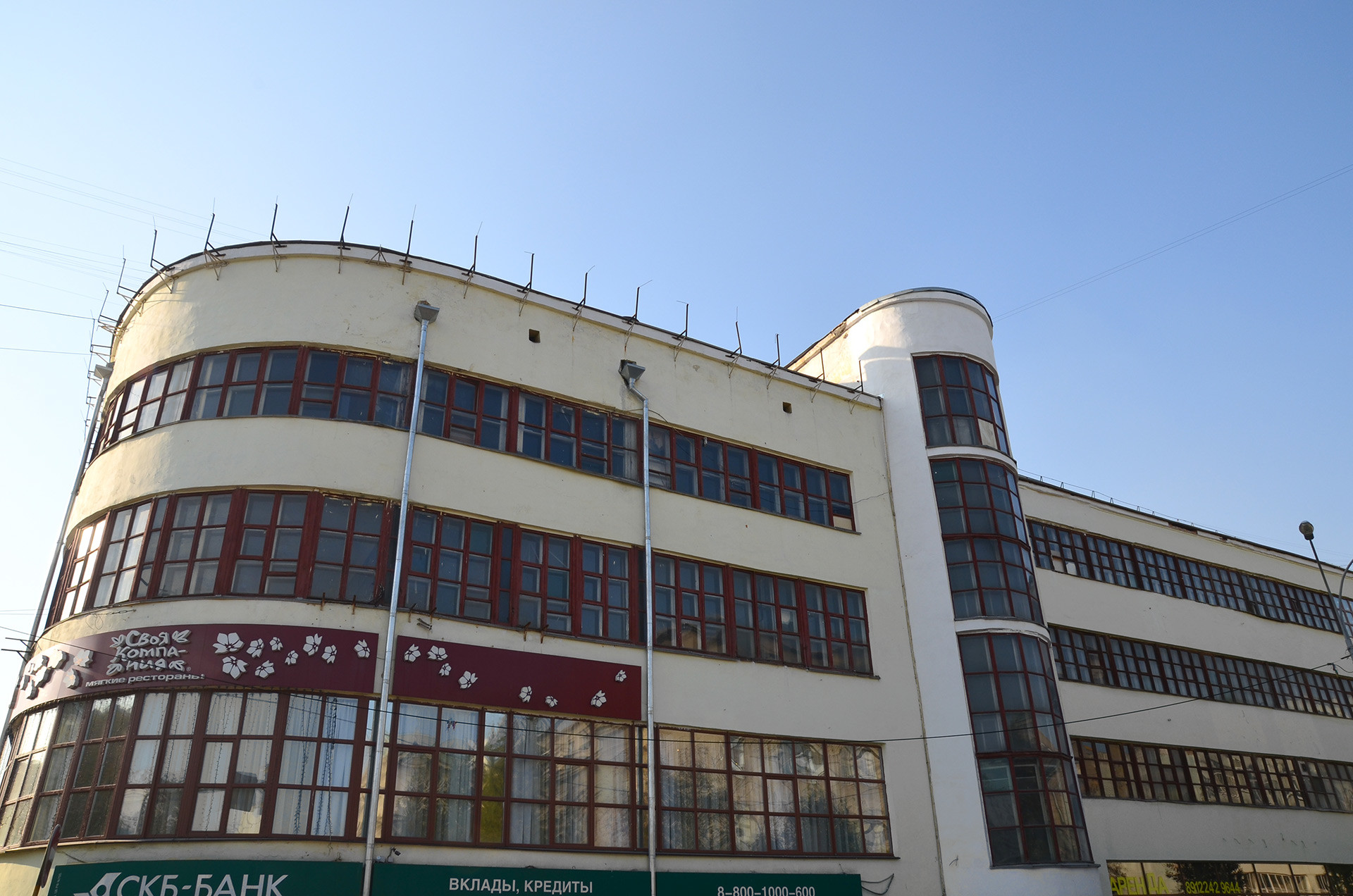 By the 2000s, the last of the three papers — Uralsky Rabochi (Ural Workers) — moved out of the Press House. In 2010 the historic building hosted the first Ural Industry Biennial, and in recent years it has been repurposed as a cultural and entertainment complex with bars and restaurants. 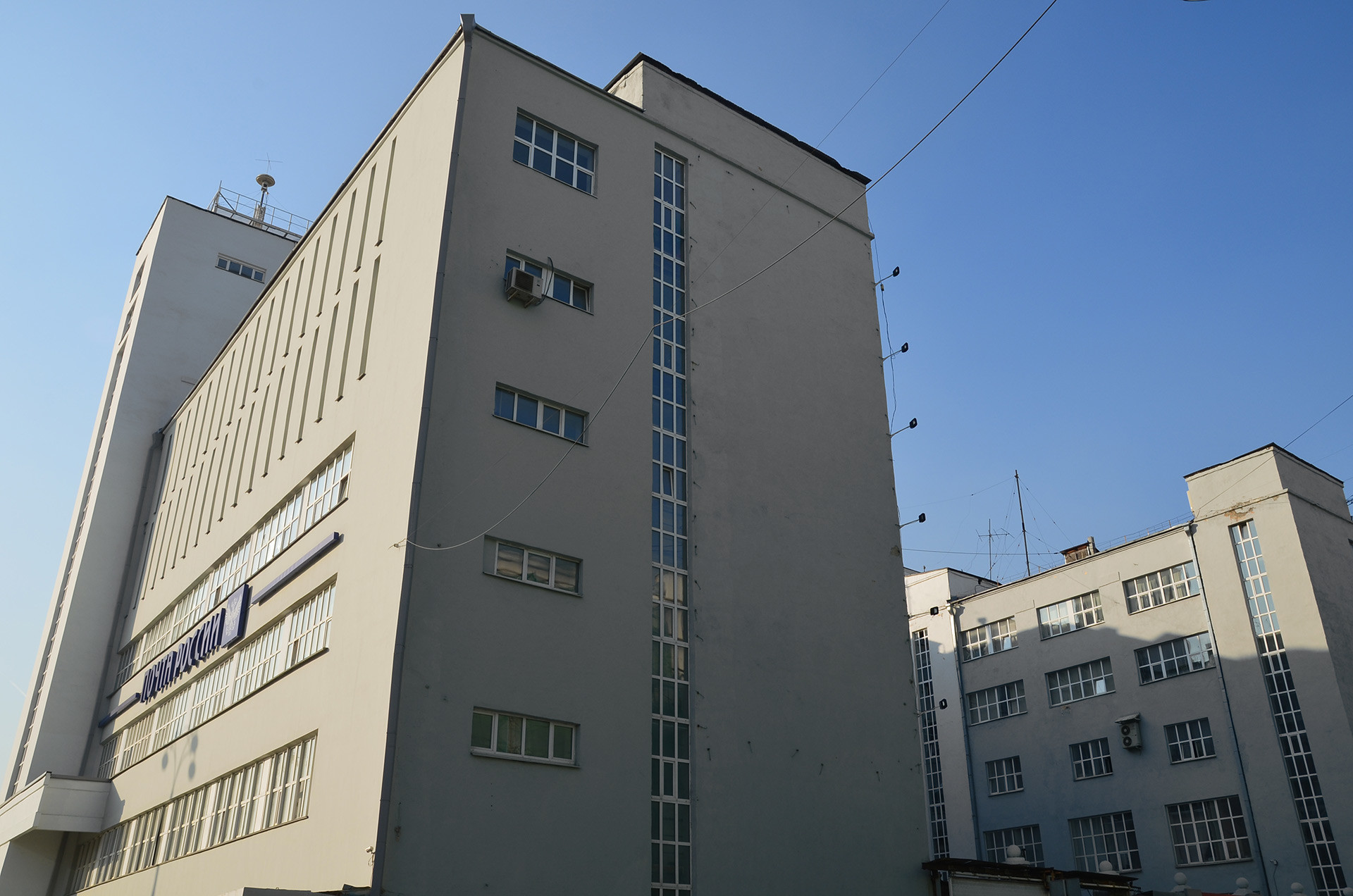 Yekaterinburg’s main post office — adjacent to the famed , or dam, on the Iset River — once served as the main telegraph station for the growing city of Sverdlovsk. Completed in 1934, its tractor-shape design was meant to honor Soviet collective-farm workers. 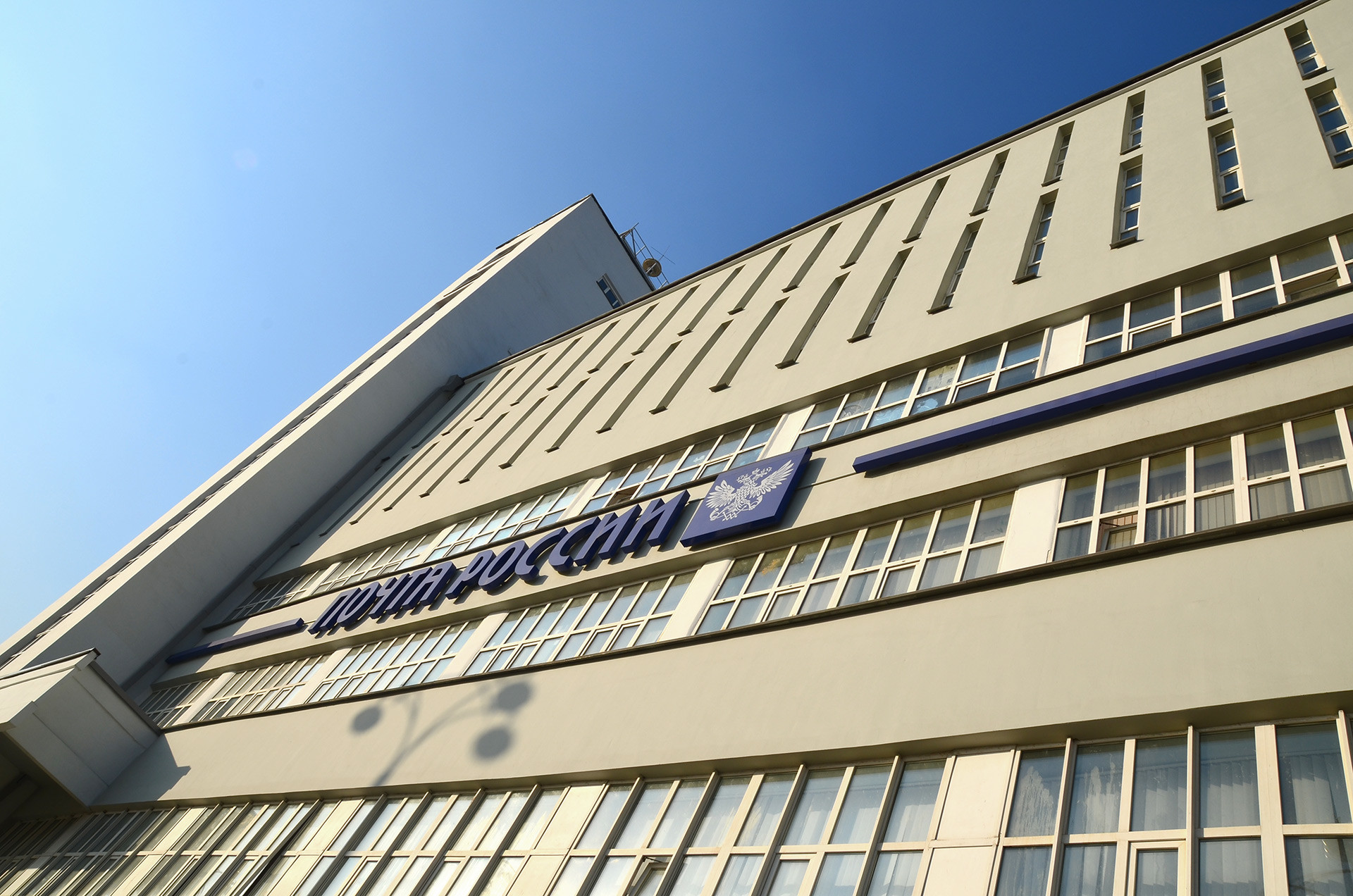 Inside the vast structure were a kindergarten and nursery, a radio studio, and space for lessons in lace-making and other crafts. Another section housed the first automated telephone station serving about 10,000 numbers in Sverdlovsk. 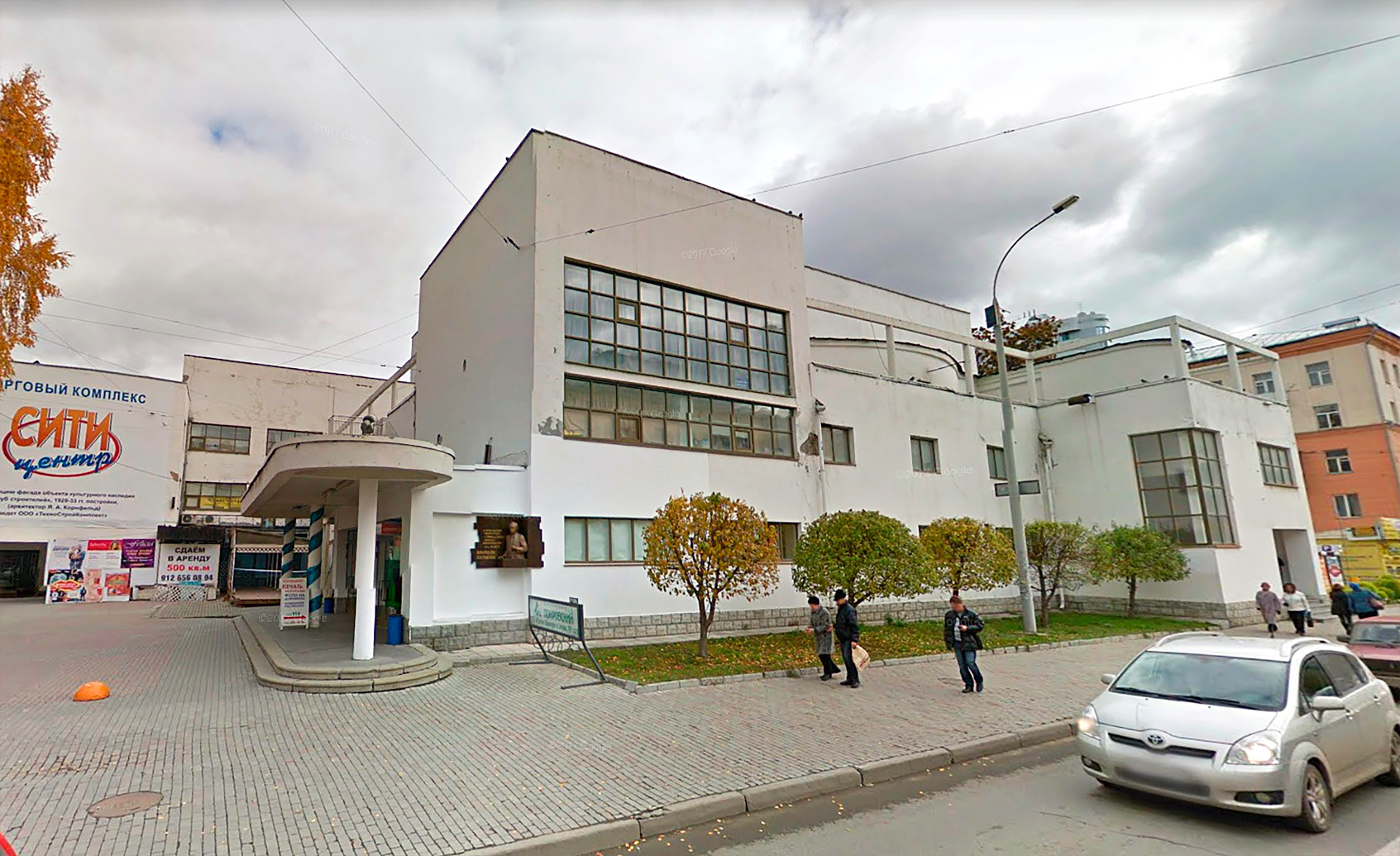 in every Soviet city, Sverdlovsk was filled with clubs set aside for workers to relax and be entertained at the end of the day, with concerts, fairs, holiday parties or dancing. The club for Stroiteli (Builders) still stands on Lenina Prospect in central Yekaterinburg, having played an important role in the city’s cultural life. In 1943 the club moved to the refurbished Sverdlovsk film studio, which in Soviet times was second only to Moscow-based Mosfilm for movie production.

Today, the club building houses a shopping center with boutiques and a shop that sells vintage magazines.