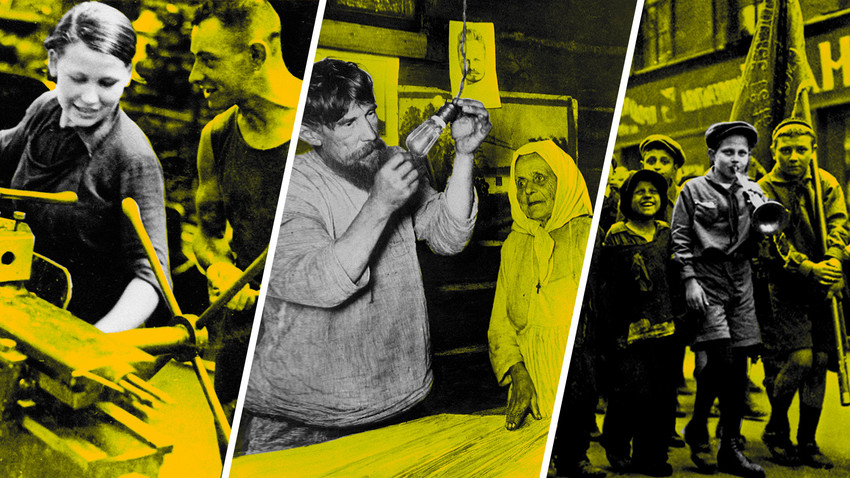 Ivan Shagin/Sputnik, Boris Ignatovich/МАММ/МDF/russiainphoto.ru
During the tortuous 1920s the newborn Soviet state suffered from civil war, uprisings, intervention, famine and economic crisis. On the other hand, the Soviets started the large-scale modernization and industrialization of the country, which would turn the USSR into a global leaders. 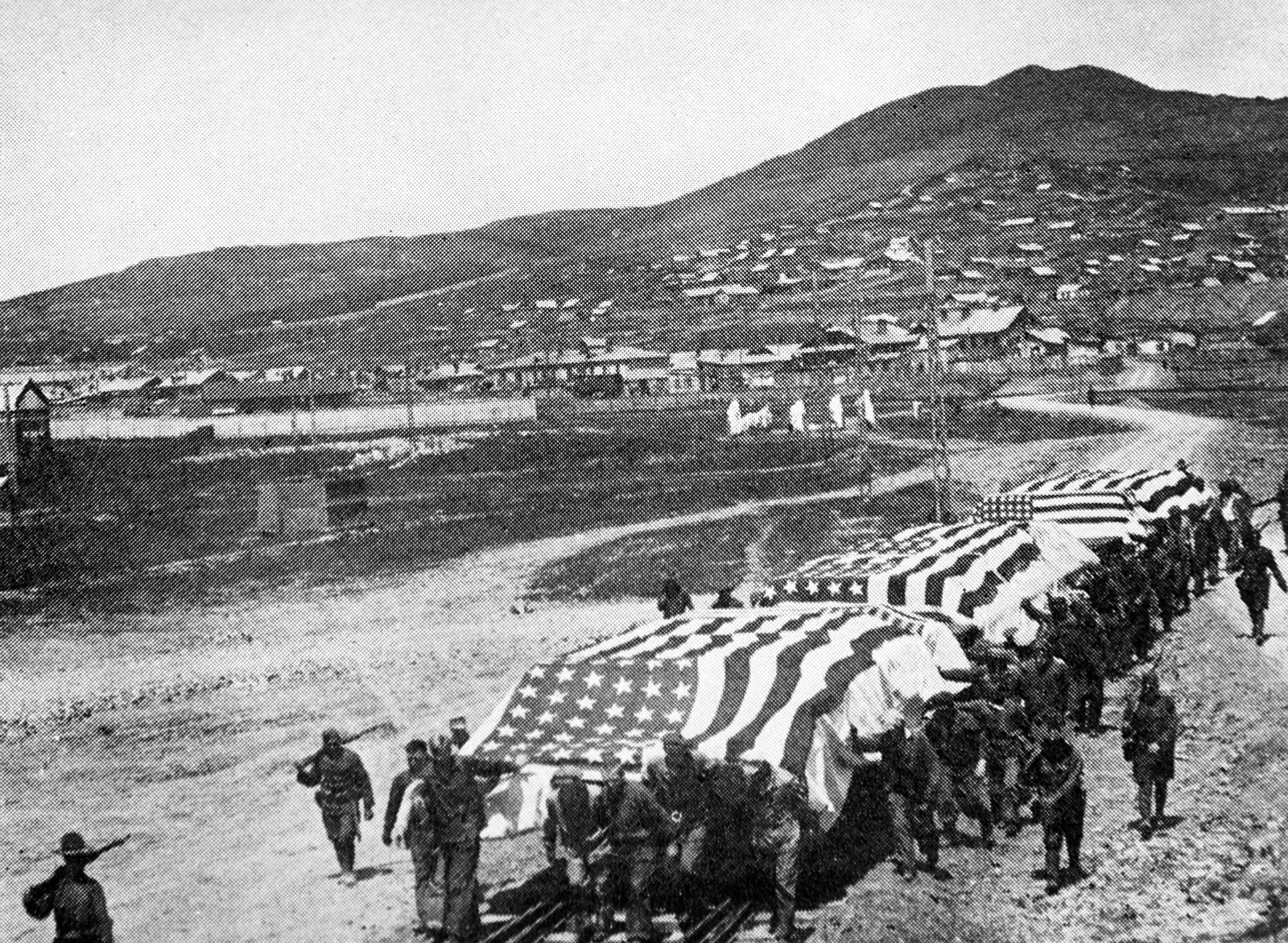 When the Civil War broke out in Russia, dozens of countries did not hesitate to take part in the conflict, either to support the anti-Bolshevik forces, or to achieve their own political and territorial goals. However, the Red Army’s military victories and the collapse of the anti-Bolshevik White Movement forced the interventionists one by one to evacuate their troops out of the country. By spring 1920, most had left Russia. However, some territories were liberated only in 1925. 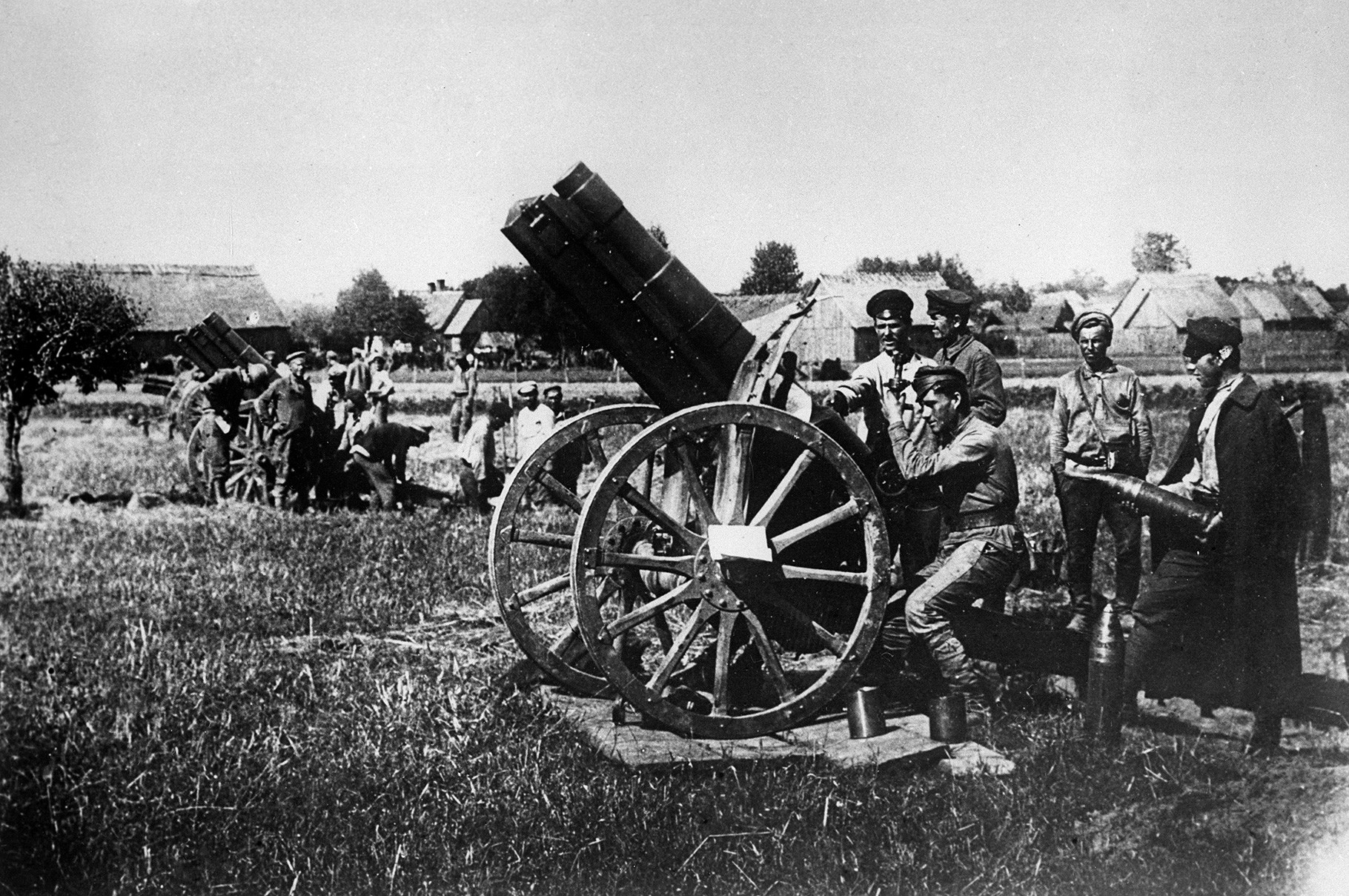 In 1919, Poland and Soviet Russia started a war for dominance in Eastern Europe. The Red Army advanced on the Polish capital, which, after Poland’s sovietization, would be ready to carry the ideas of “world revolution” on to Central and Western Europe. But a catastrophic disaster for the Soviets in the Battle of Warsaw in 1920, however, crossed out all these plans. 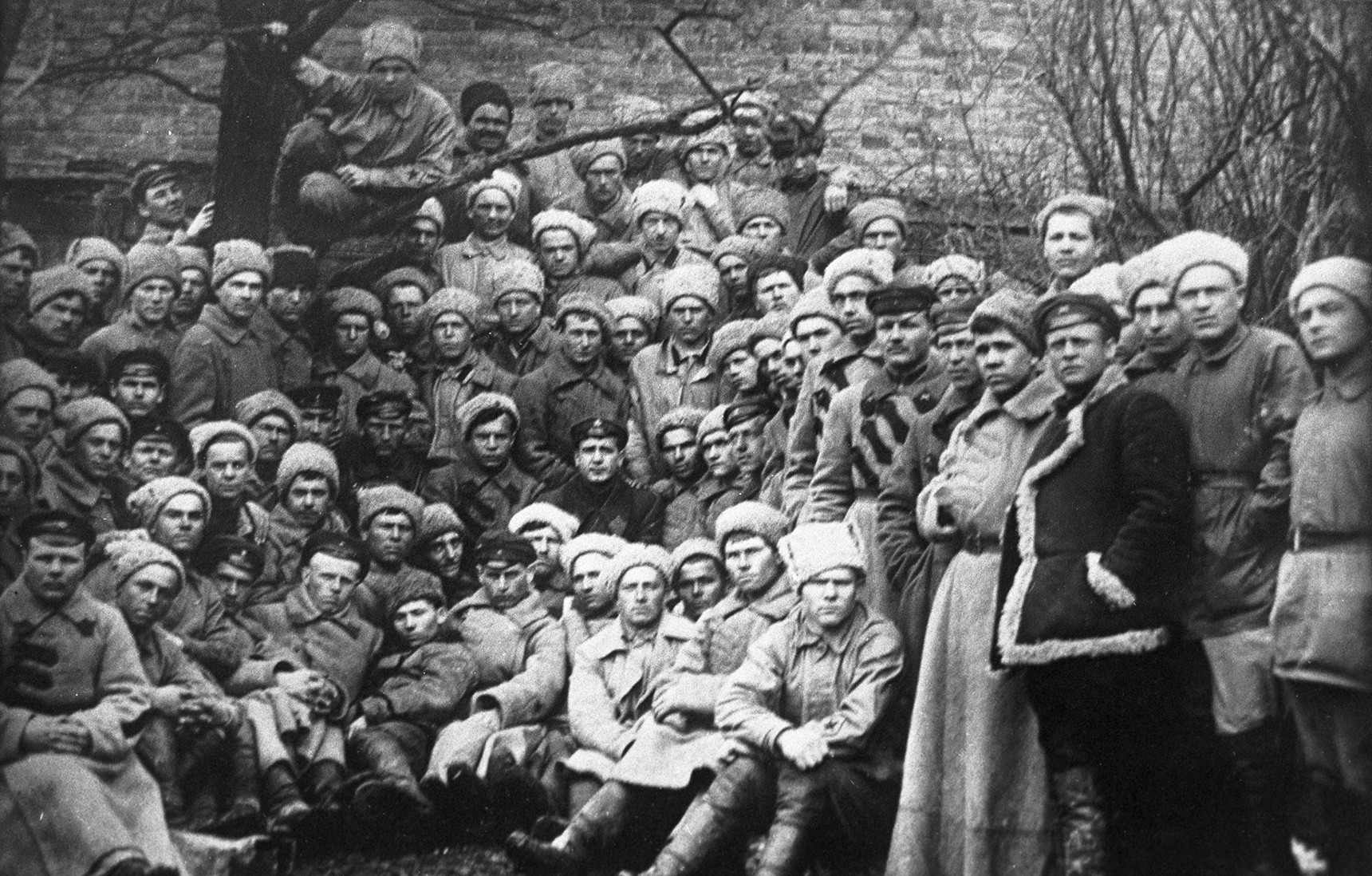 In early 1920, the beaten, demoralised White troops under the command of Baron Pyotr Wrangel took the last stand in Crimea. Despite temporarily repelling the Red Army’s attempts to break through into the peninsula, they could do nothing about the Soviets’ massive assault in November. The defeat and evacuation of the remains of the White Army out of Crimea meant that the anti-Bolshevik White movement in southern Russia was dead. 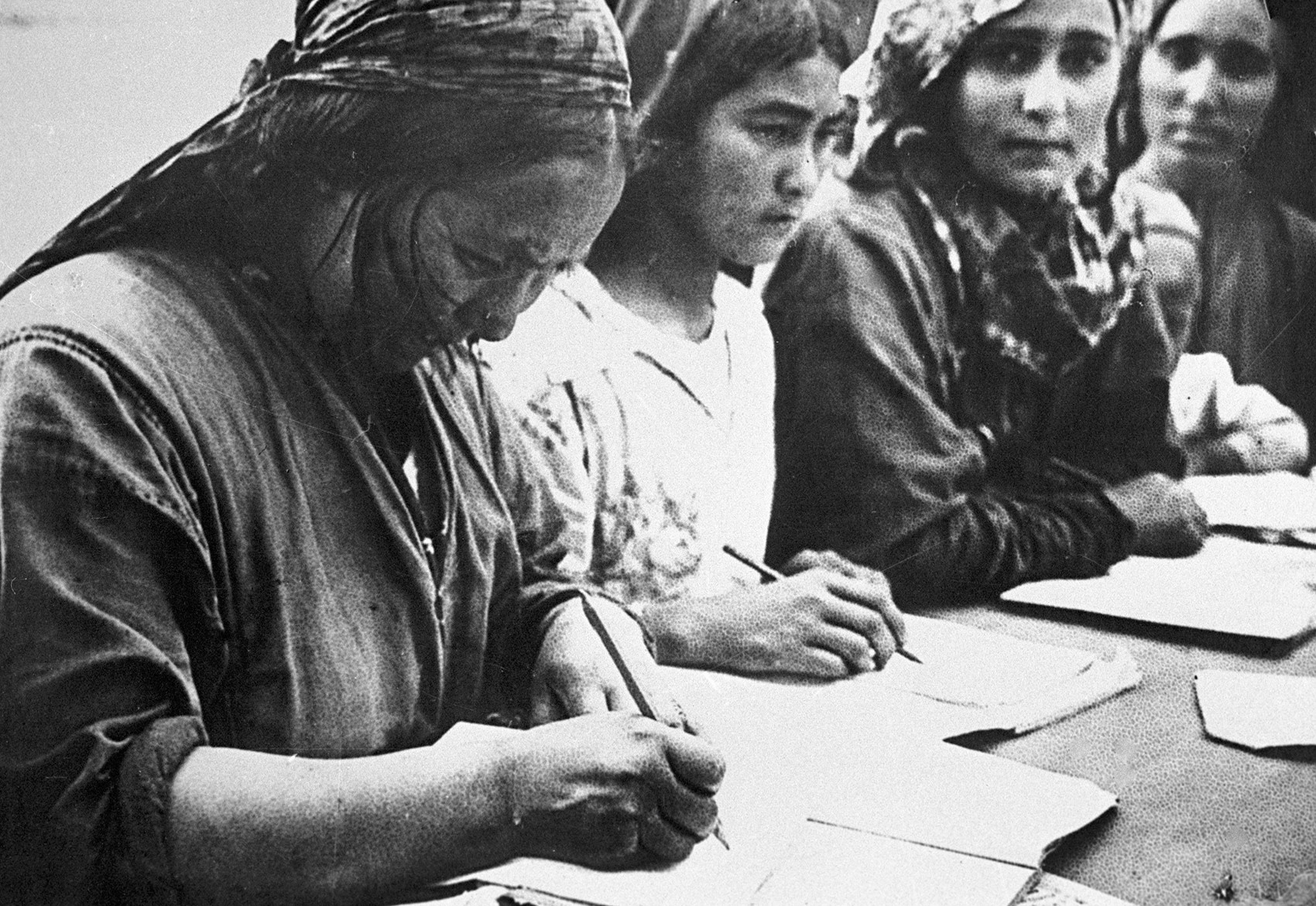 Beginning in the 1920s, the Soviet state commenced a widespread struggle against illiteracy among the population, which had reached a high level of almost 80%. By 1927, a widespread system of measures, including teacher training, the publication of dictionaries, and the setting up of schools in villages, resulted in access to education for over 10 million people. 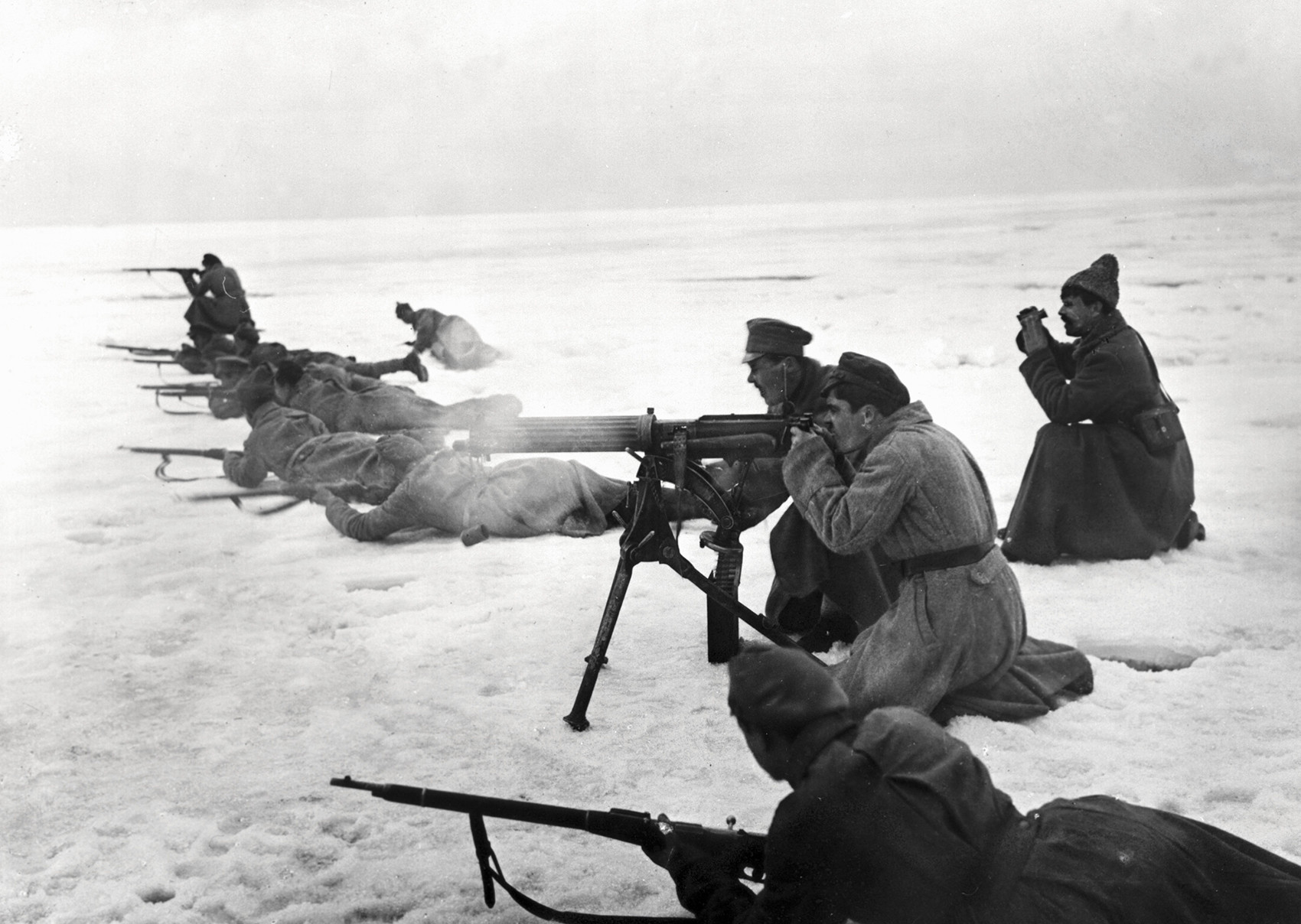 This sailors’ uprising against Bolshevik rule, which occurred at the Baltic Fleet’s base in Kronstadt in March 1921, deeply shocked the Soviet leadership. “The pride and glory of the Revolution,” as Leo Trotsky called the sailors, were the most reliable core of the revolutionary forces. The sailors, who demanded the cessation of the Bolshevik dictatorship, were defeated after several hard and bloody assaults. 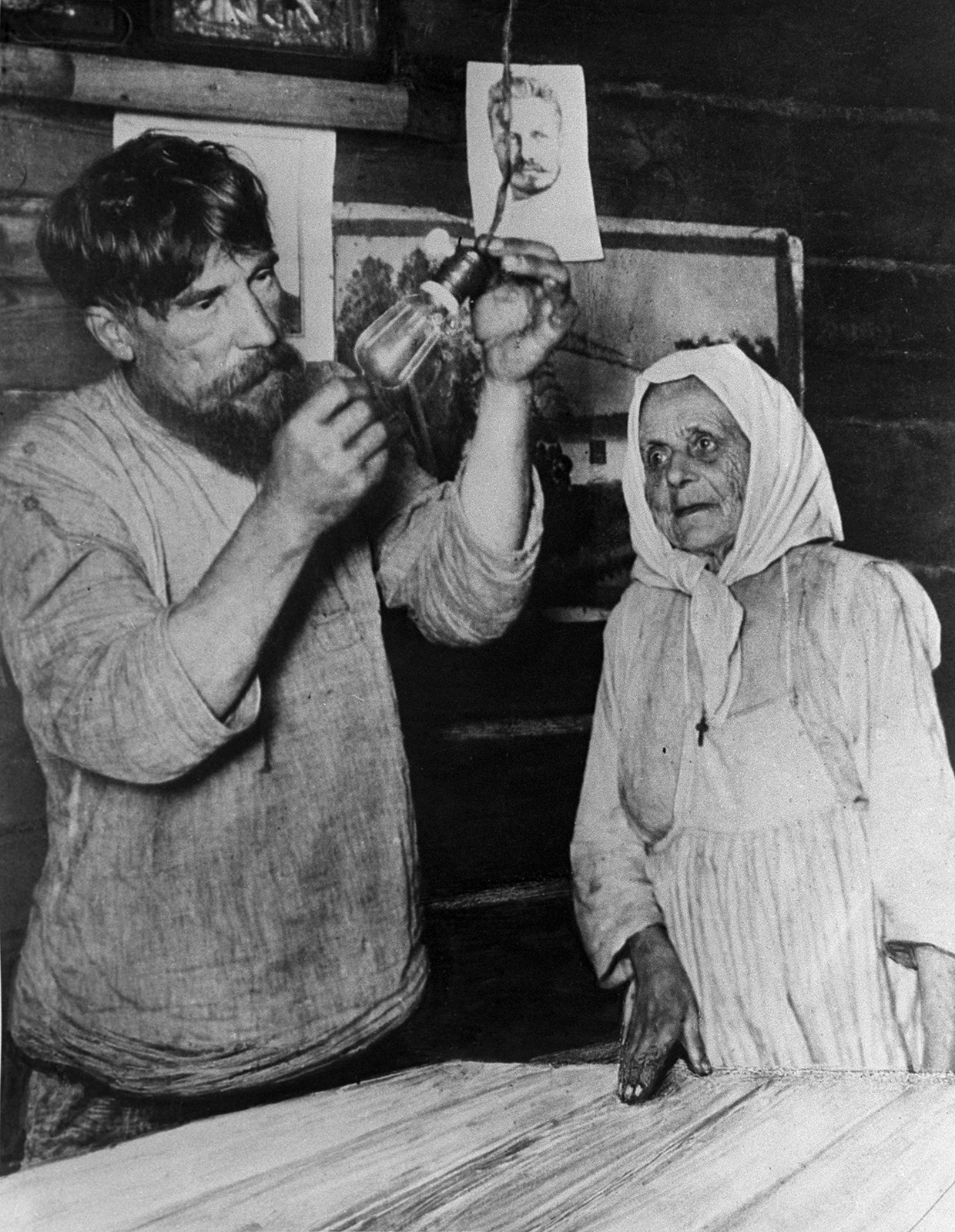 Peasants with a light bulb. Village of Botino, Moscow Region, 1925.

A general plan to electrify the whole country was adopted in late 1921. In the space of a decade, dozens of new power stations increased the total national power output by seven times. Electrification laid the foundation for industrialization in Russia. 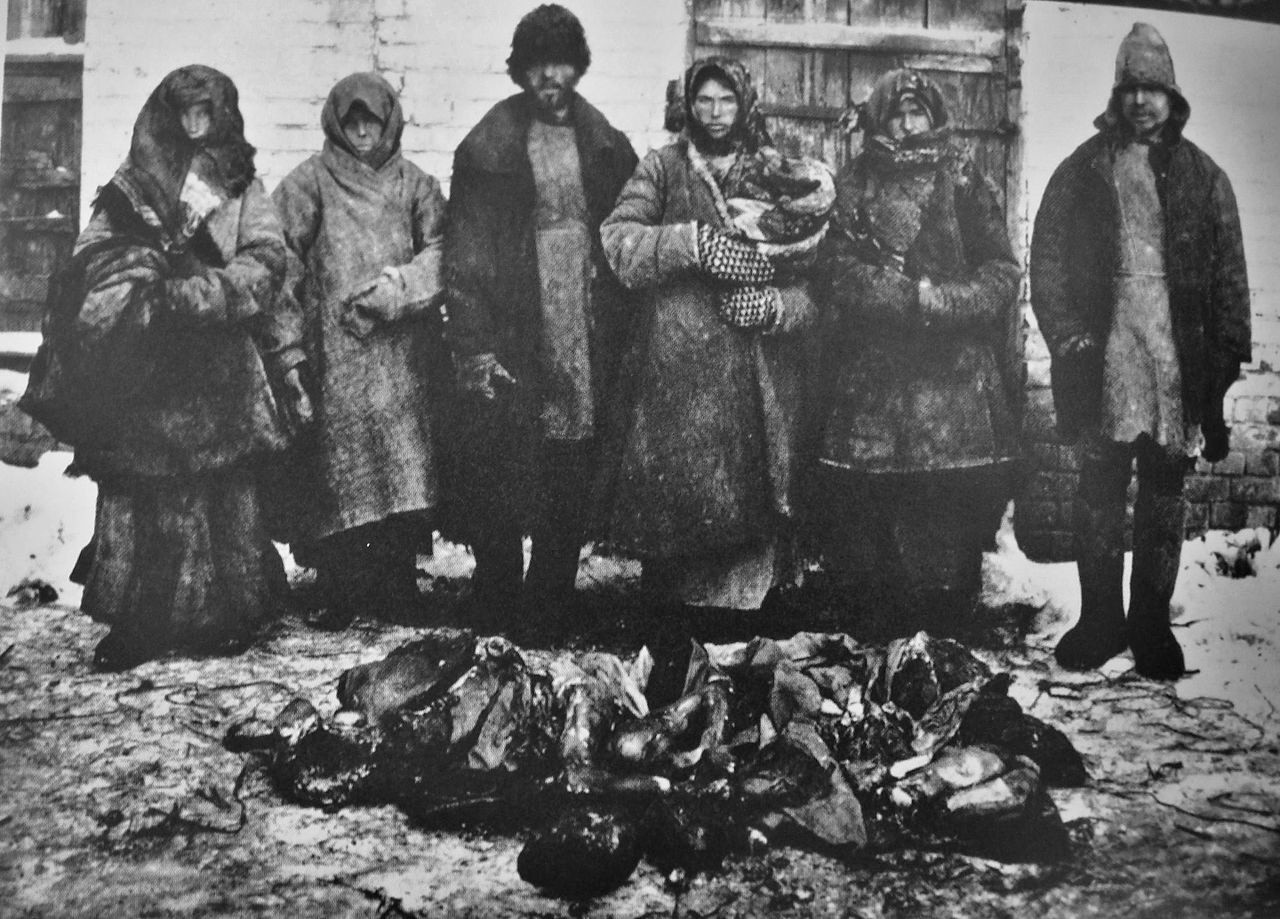 Peasants accused of cannibalism and remains of their victims. Buzuluk, Samara Region, 1921.

The devastating Civil War and forced food requisitions by the Soviets caused a great famine in 1921-1922 over huge territories from Crimea and southern Ukraine to Kazakhstan and Siberia. Especially hard hit was Povolzhye (the Volga Region), which gave its name to this event. The famine killed over 5 million people. The Bolsheviks desperately tried to solve the problem by commandeering the property of the church and purchasing food with this money. Significant help was given by foreign charity organizations. 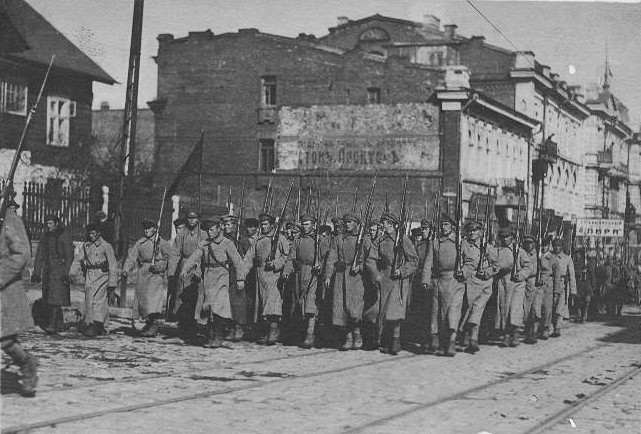 Japanese intervention in the Russian Civil War resulted in the vast Far Eastern territories falling under Japanese occupation. To avoid open war with the Japanese, the Soviets established in 1920 a buffer state between them. The so-called Far Eastern Republic was formally an independent state, but de-facto acted in Soviet interests. On 25 October 1922, the last Japanese interventionists evacuated Vladivostok, which was immediately taken by the Soviets. A few weeks later, the Far Eastern Republic merged with Soviet Russia. The Civil War in Russia was declared over. 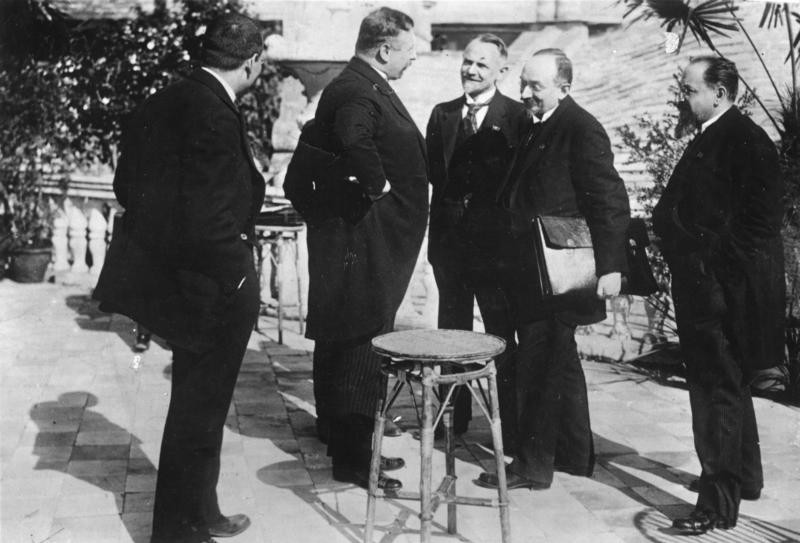 The Treaty of Rapallo (1922) was vitally important for two outcasts in the international arena: the defeated and humiliated Weimar Republic and the globally non-recognized Soviet Russia. The two countries agreed on various types of economic and military cooperation. The signing of its first major international agreement was, for the Soviet state, a first step out of its geopolitical isolation.

10. Establishment of the Soviet Union 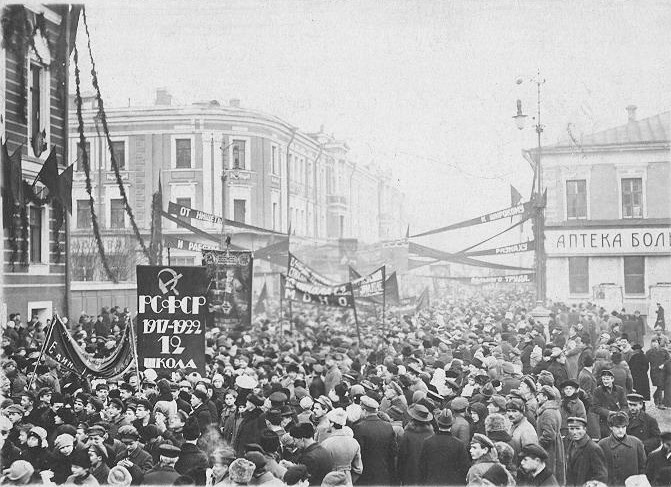 A demonstration in Moscow in 1922.

On Dec. 30, 1922, representatives of the Soviet Russian, Ukrainian, Byelorussian Socialist Republics and Transcaucasian Soviet Republic (Amenia, Azerbaijan and Georgia) signed a treaty on the creation of the Soviet Union, which two years later adopted its first Constitution. 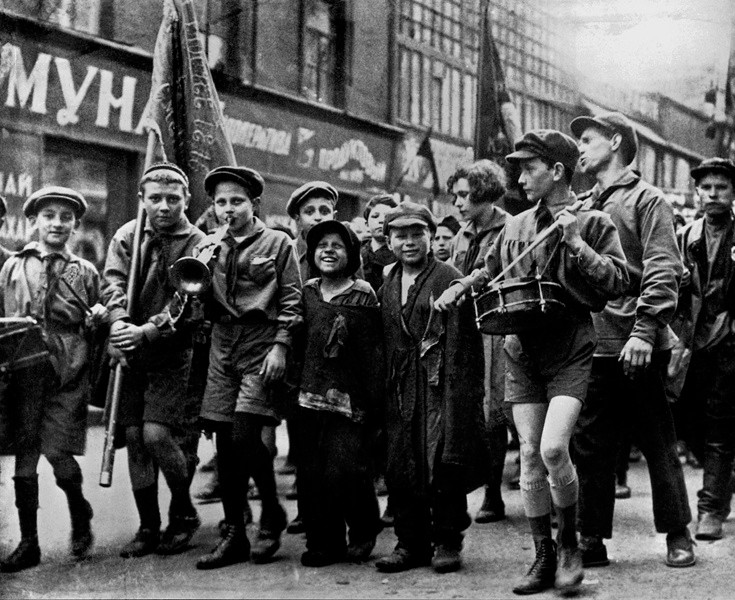 Pioneers and street homeless children during the 1st May demonstration in 1927.

In 1922, the pioneer movement was established in Soviet Russia. This scouting-like organization was called upon to raise children according to communist ideals - completely loyal and devoted to the regime. 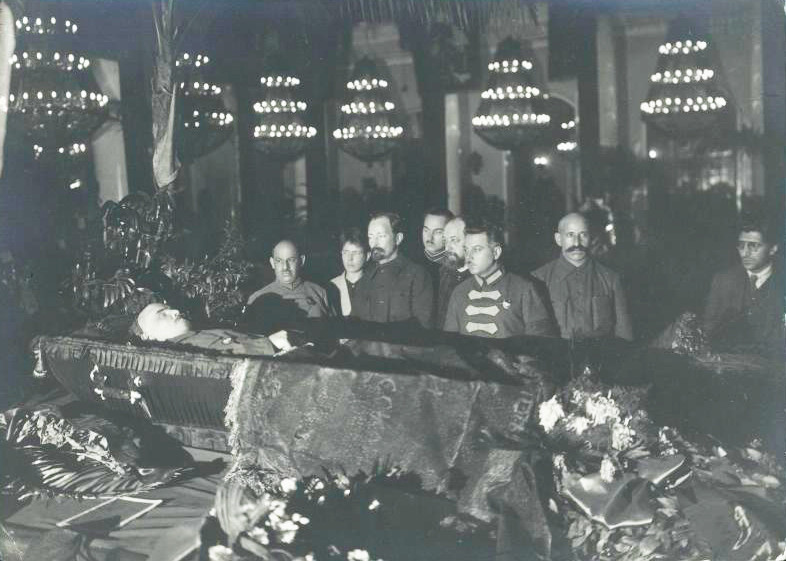 Soviet leaders at the coffin with Vladimir Lenin’s body. January 1924.

The death of the “eternal” Bolshevik leader shocked the Soviet leadership and common people alike. The coffin bearing Lenin’s body was visited by over 500,000 people. Placed in the specially built mausoleum on Red Square, Vladimir Lenin was turned into a sacral figure of the Bolshevik regime. 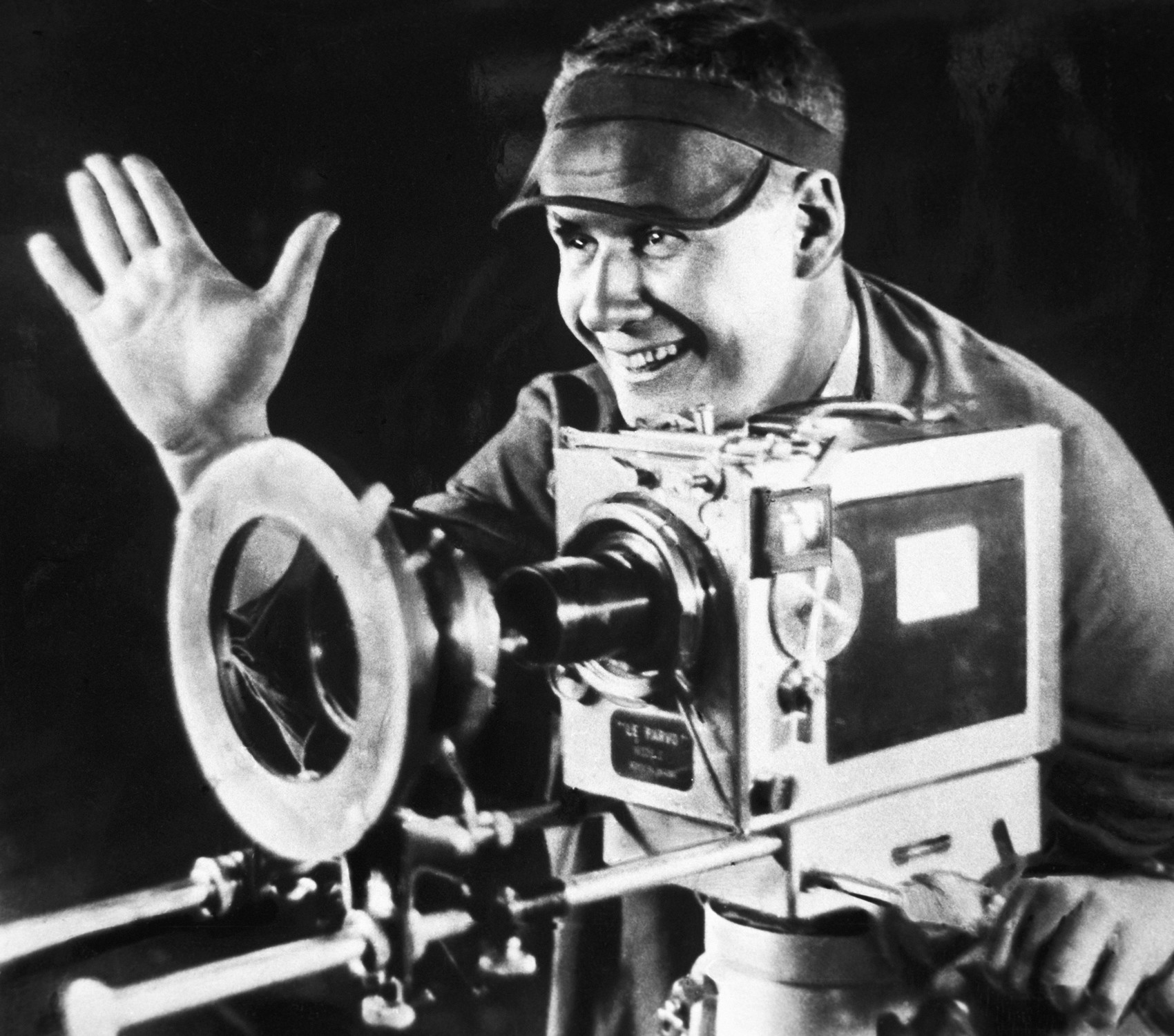 Soviet film director Sergei Eisenstein on the set of "The Old and the New." 1926.

In the 1920s, the legendary Soviet director Sergey Eisenstein created his first masterpieces, including October: Ten Days That Shook the World (1927) and Battleship Potemkin (1925). The latter is considered as one of the greatest films of all time. 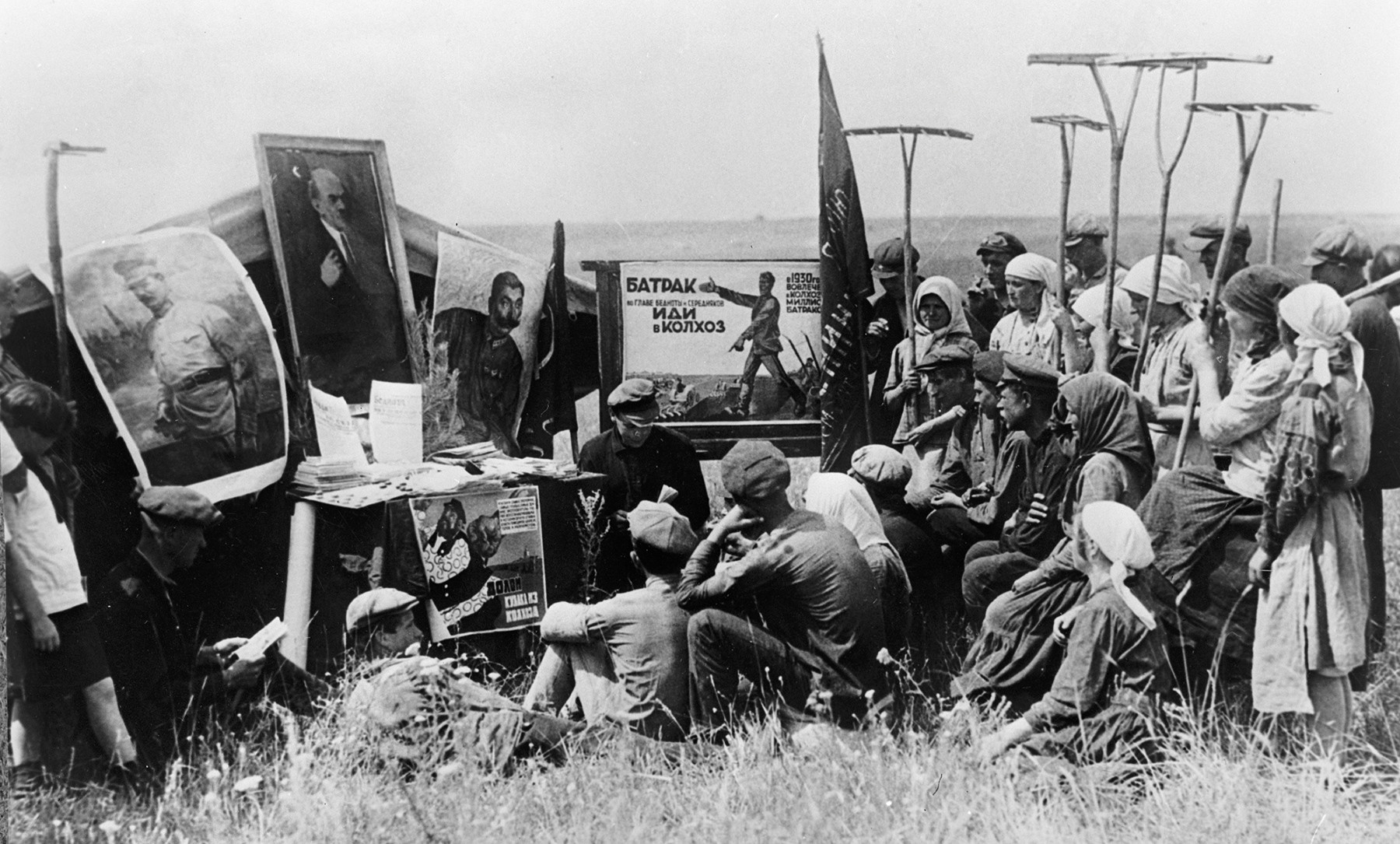 Farmhands meeting in the Ukrainian village of Malchivy before joining the collective farm in 1929.

Starting in 1928, collectivization was aimed at consolidating individual peasant landholdings and labor into collective farms, so called “kolkhozes.” Workers there received no wages, rather a share of what the kolkhoz produced - only for the needs of themselves and their families, nothing more. Kolkhozes were intended to become a milestone in Soviet socialist ideology: communities of happy laborers working together in total bliss and harmony for the benefit of the whole huge state. In reality, however, breaking the old traditions of the Russian peasantry led to the catastrophic Great Famine (1932-1933). 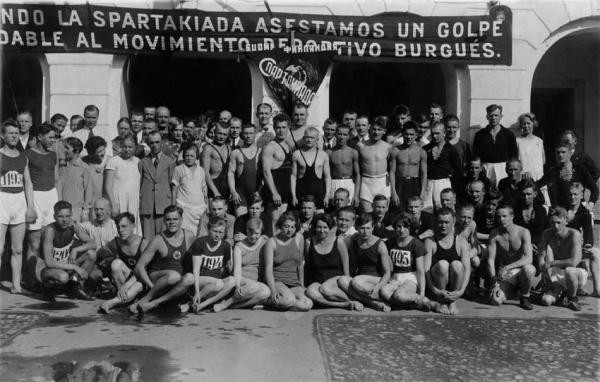 Finnish team at the all-union Spartakiade. 1928.

Boycotted by the International Olympic Committee, the Soviets decided to establish their own “Soviet Olympic Games” and called them Spartakiade in honor of the leader of the slave rebellion against the Roman Republic. The first all-Union Spartakiade started the same day as the ninth Olympics closed on Aug. 12, 1928. 612 athletes from 17 foreign countries arrived in Moscow, most of them from Germany and Finland. All were members of workers’ sports societies, since the Soviet Union contrasted their “proletarian” event to the “bourgeois” Olympics. 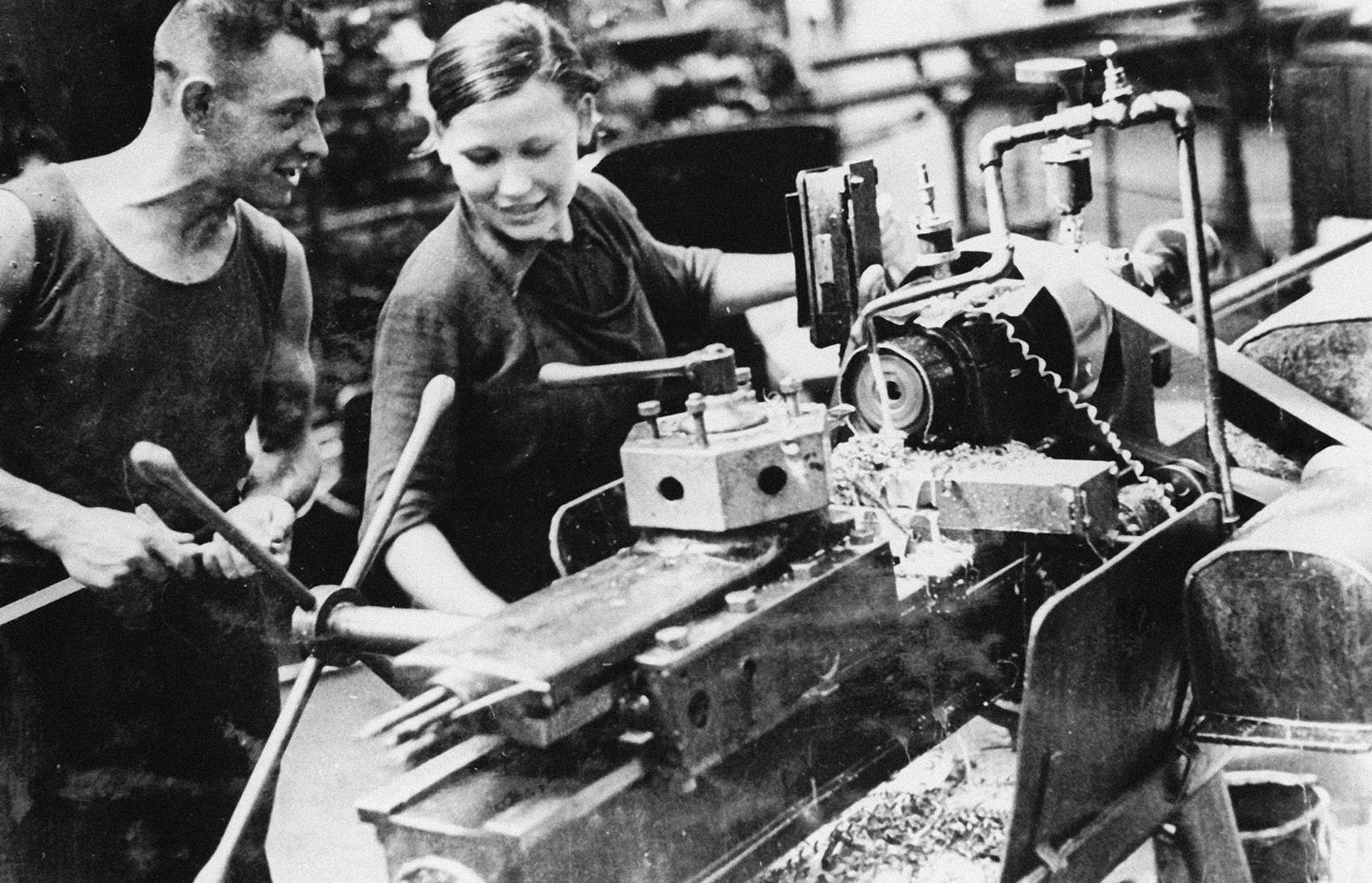 In 1928, the first five-year plan for the development of the national economy of the Soviet Union was implemented. With much pain and effort on the part of all Soviet people, and the involvement of American and German specialists, the USSR morphed from an agricultural into an industrial country. The USSR received 1,500 new factories, created its own automobile industry, and became one of the world’s leaders in oil, cast iron, and electricity production. This increased industrial potential made possible the rearmament of the Red Army, which followed shortly.

17. Trotsky’s exile from the Soviet Union 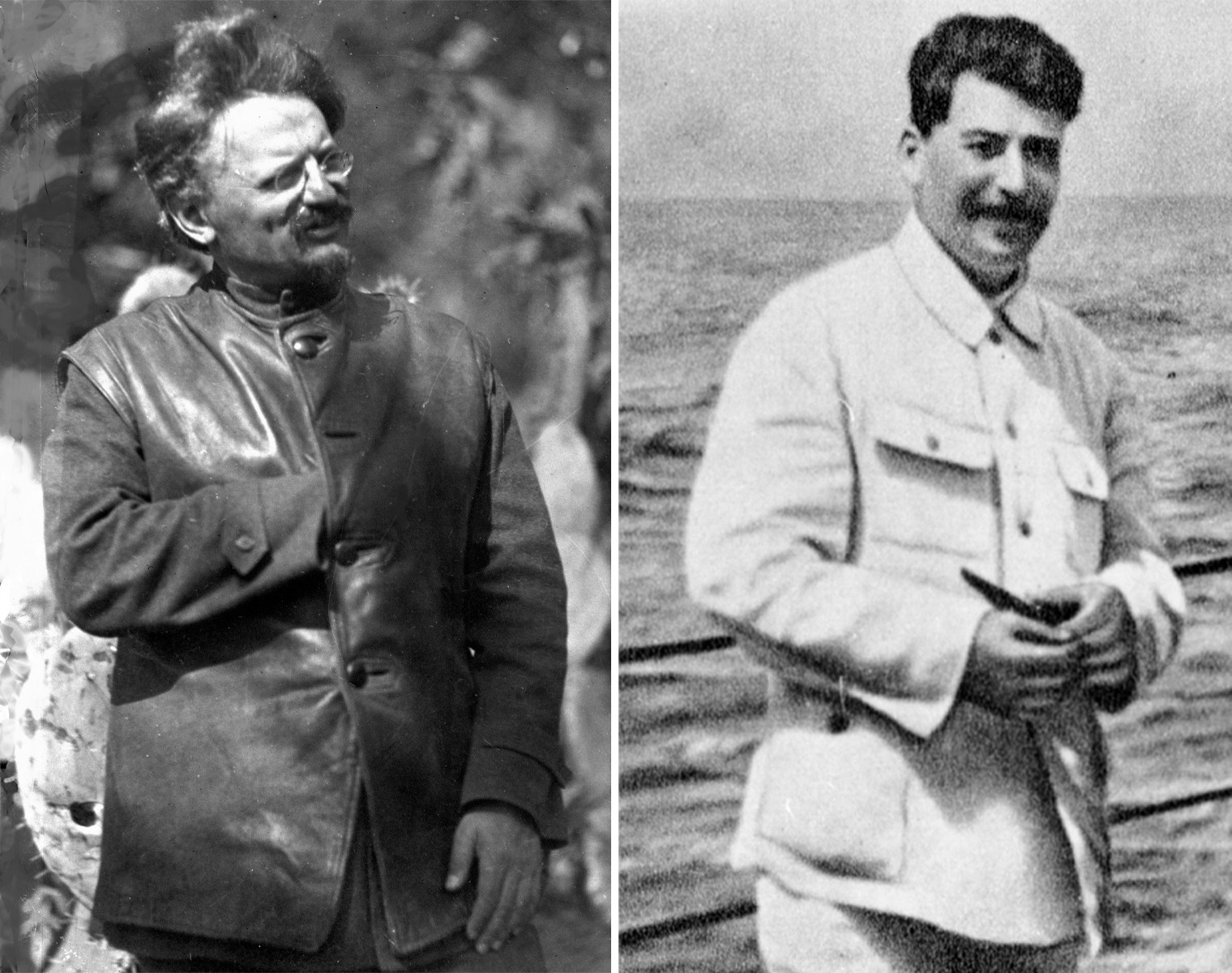 In 1929, after losing the party infighting against Joseph Stalin, one of the main Bolshevik leaders Leon Trotsky was exiled from the Soviet Union. Stalin gradually consolidated his  iron grip on power.