The story of Alexei Leonov, the first man in outer space 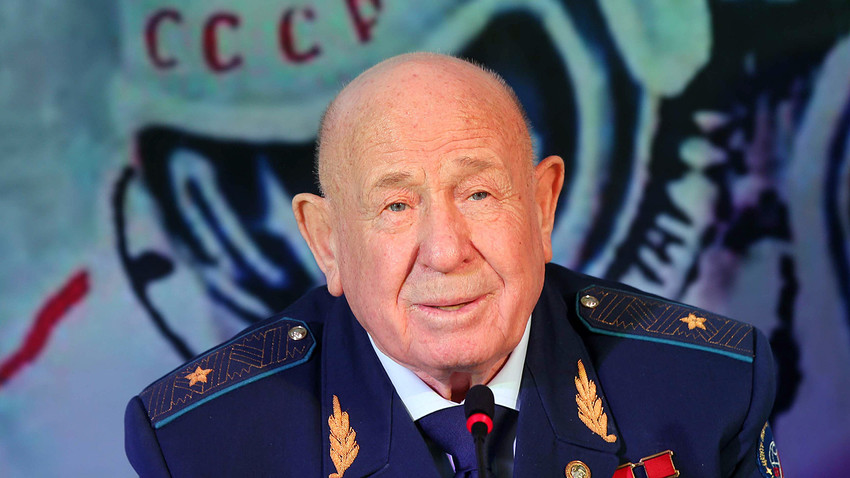 Alexei Leonov (1934 – 2019), a Soviet cosmonaut who, as part of the mission of Voskhod-2 spaceship, conducted the first spacewalk in the history of mankind, died on October 11, 2019. Russian President Vladimir Putin has expressed his condolences. “They knew each other well and Putin treated Leonov with great respect… he always admired Leonov’s bravery,” presidential press secretary Dmitry Peskov said.

85-year-old Leonov had a long career behind him. In 1970-1991, he worked as the Deputy Head of the Cosmonaut Training Center. Meanwhile, in 1975 he participated in the Apollo–Soyuz Test Project, the first-ever space flight conducted by the two superpowers together, with the American command and service module and the Soviet capsule docking with one another. That time, commander Leonov headed the Soviet crew.

After retiring in 1991, Leonov worked with commercial structures and dedicated time to art, painting – predominantly space. But he will always be remembered first and foremost as the first human to visit outer space and come back. And this journey which later formed the basis for the 2017 drama Spacewalk) was no walk in the park (pun intended). 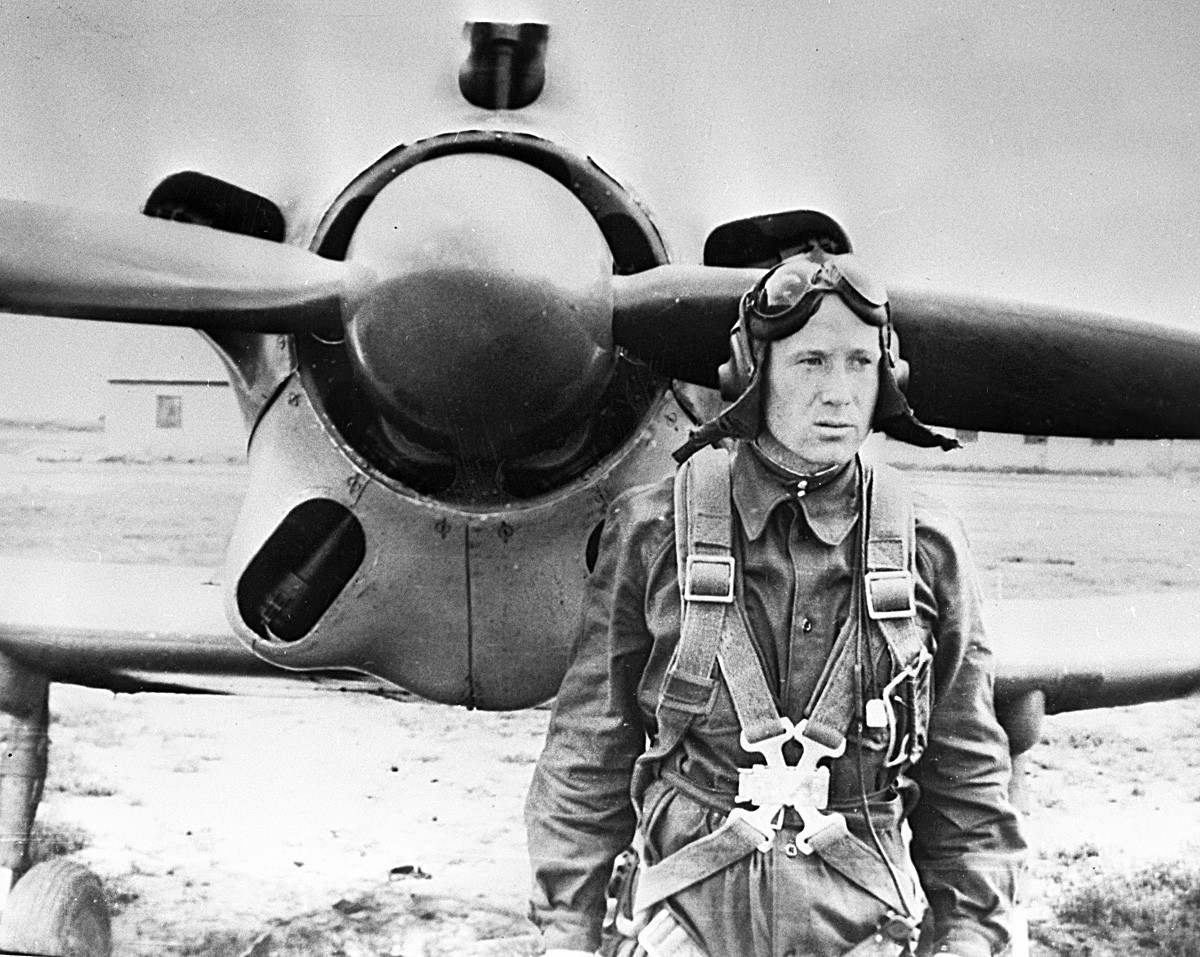 “A space flight requires all your energy, all your knowledge, all your skill,” Leonov used to say years after his adventure. “I spent just 12 minutes in outer space. But now I can say that each of those minutes required a year of preparation back on Earth.”

His path to space was quite typical for the Soviet Union: born in the Siberian outskirts near the city of Kemerovo (3,600 km east of Moscow), through hard work he became a pilot, experienced and brave enough to join the first-ever Soviet cosmonaut corps, in 1960 - a year before Yuri Gagarin, would become the first man in orbit.

Back then, the USSR was moving step by step conquering space. 1961 – the first manned mission to space (Yuri Gagarin). 1963 – the first woman in space (Valentina Tereshkova). 1964 – the first crewed spaceflight to carry more than one person. The next step was to let a cosmonaut into outer space, leaving them alone and exposed within the endless void.

“During the meetings with possible new candidates for the flight, I remembered Leonov the most,” Boris Chertok, a rocket designer who worked on the Soviet space program, recalled in his memoirs, Rockets and People. “He had something very close to Gagarin’s prowess… and his gaze was very attentive.” Chertok was not the only one impressed – so the Soviets chose Leonov for the mission. 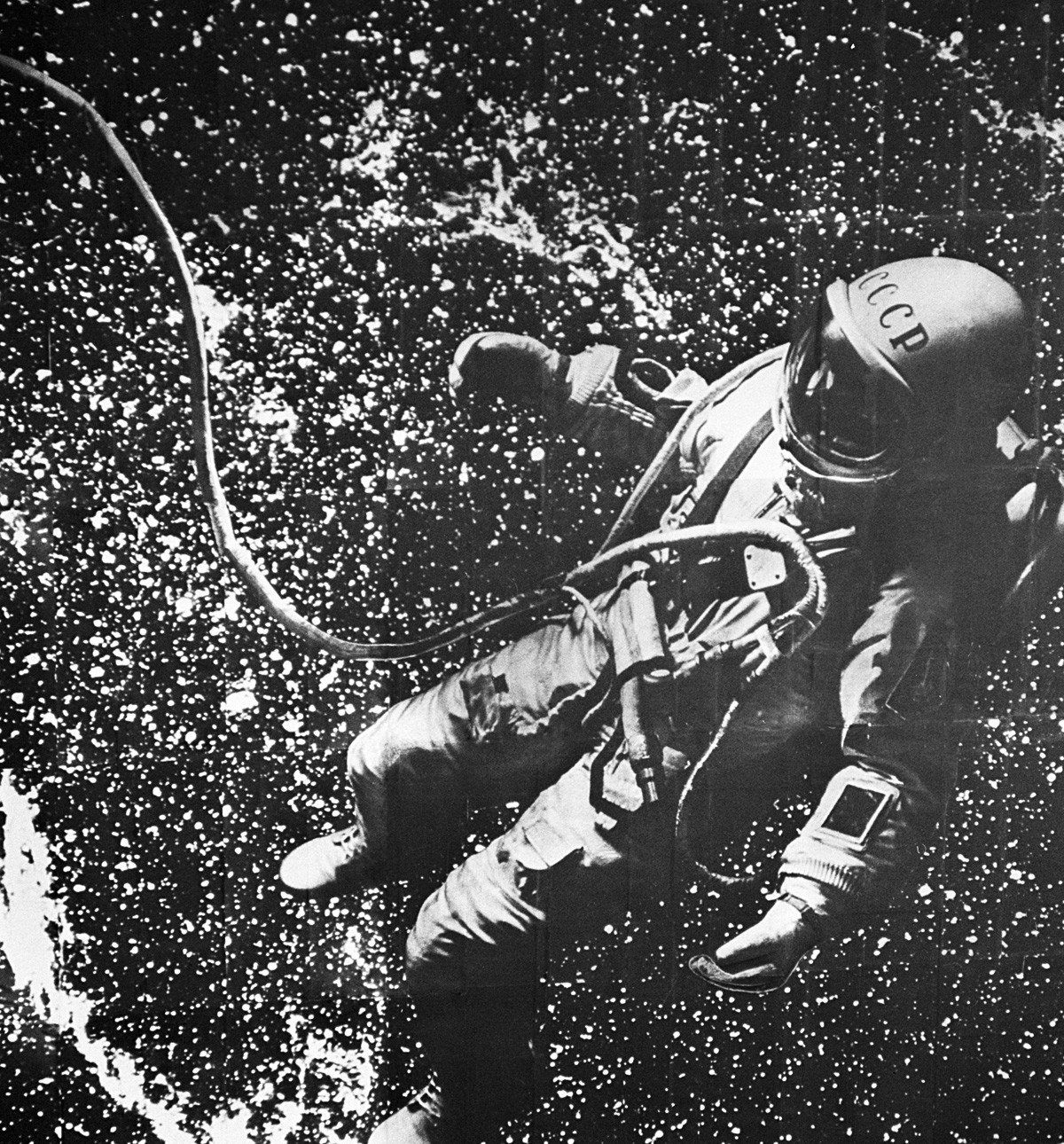 “Stars were to my left and to my right, above me and beyond me,” Leonov recalled -  a breathtaking view that opened to him after his first step into the vacuum of space, and would follow him for the rest of his life. He was not alone on the dramatic voyage of March 1965 – the spaceship Voskhod-2 was commanded by a fellow cosmonaut, Pavel Belyayev, whose mission included, among other things, helping Leonov to come back to the spaceship if things had gone wrong.

They did! As it was impossible to fully imitate the conditions of outer space on Earth, during the 12 minutes Leonov spent floating near the spaceship, connected to it with a 5.3-meter tether, his spacesuit started to swell up, making his movements slower. With an inflated spacesuit, Leonov hardly made it back to Voskhod-2, moving very slowly and suffering severe overload. The chances of being left out in space were very real. 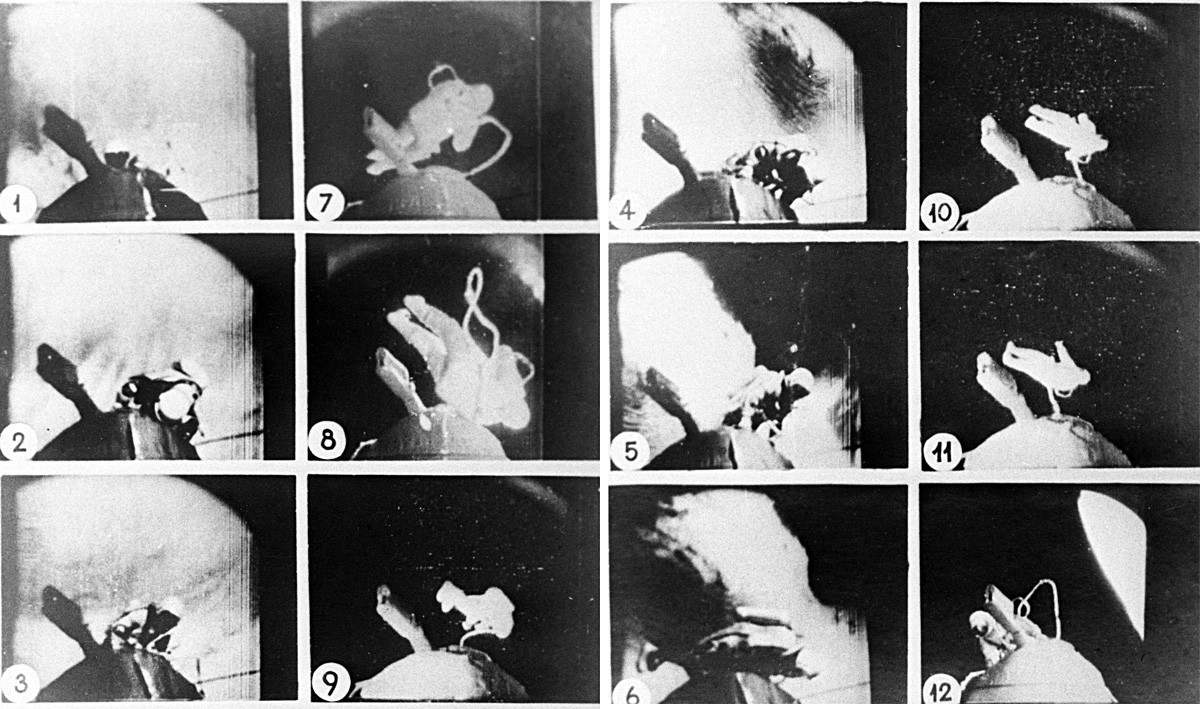 Leonov revolving around his spaceship.

“[After getting back into the spaceship] I removed my helmet and tried to dry my eyes from sweat and I couldn’t – it was like someone poured water over my head,” Leonov remembered. His and Belyayev’s adventure was far from over: the automatic landing system broke down so they had to land it manually. To escape damaging any objects on the ground, Belyayev led the spaceship to the Northern Urals, where the two parachuted out of it.

Due to the communication systems being out of order (that was later recognized as a huge failure), for two days the cosmonauts had to survive in the woods, hundreds of kilometers away from the nearest town. “We were sitting there in our spacesuits for two days, we had no other clothes with us,” Leonov said. Finally, they were saved and transferred to Moscow. 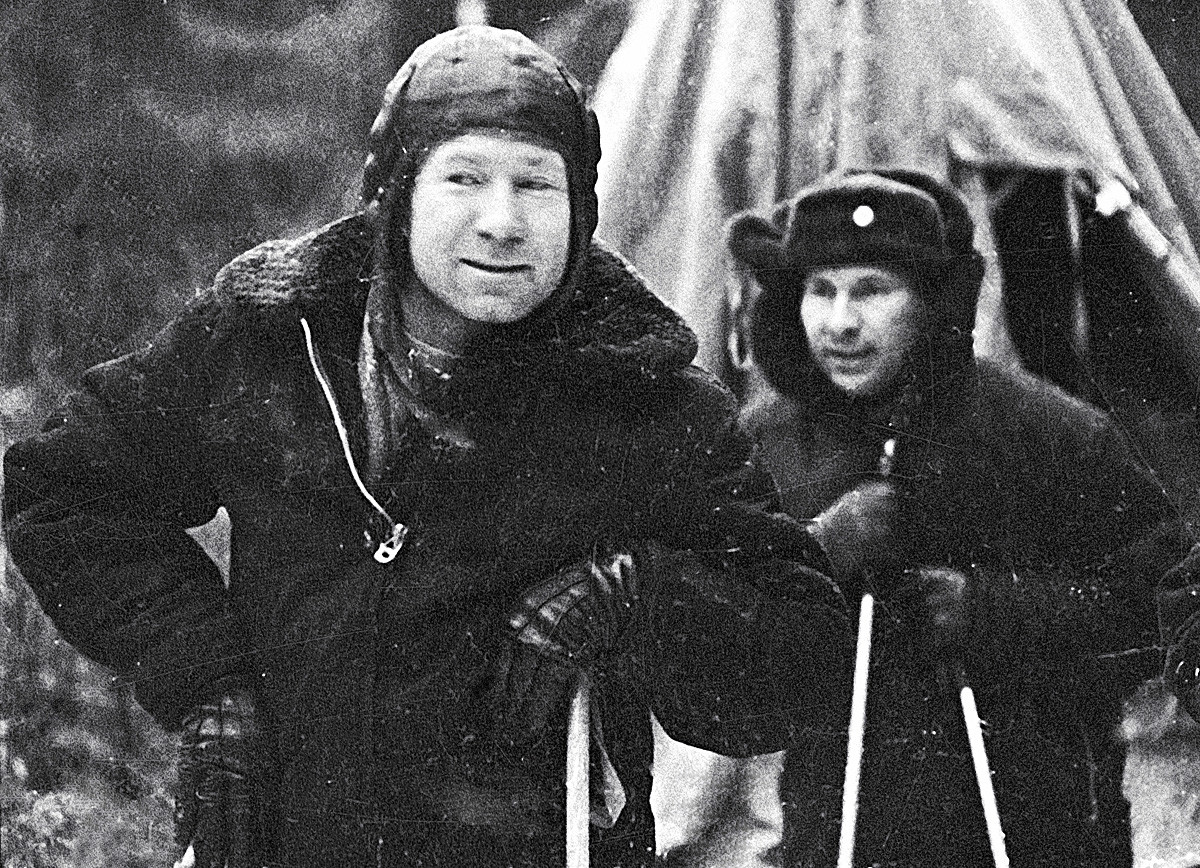 Leonov and Belyayev out in the woods of Northern Urals, where they landed.

“We could die three or four times during our mission,” Leonov summed up later. But he (unlike Pavel Belyayev, who died in 1970, just 40 years old), led a long and full life, outliving the country that sent him to the stars.