Horrific ‘suicides by plane’ that occurred in the USSR 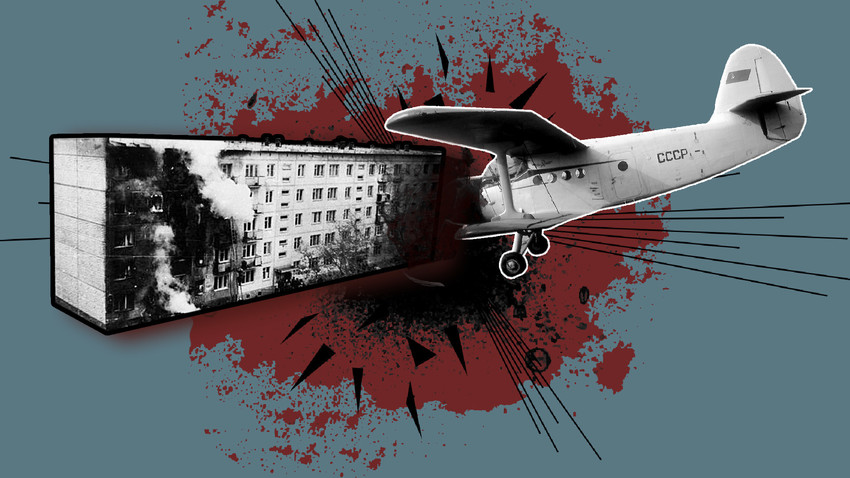 During the 1970s, two Soviet pilots committed suicide in the worst possible way.

alliesinteractive/freepik.com, Alain Durand, topwar.ru
Mental illness is always a grave matter. But when a suicidal person has access to an aircraft, the results are even more devastating, as these two incidents show.

The Soviet An-2 is one of the most popular light aircraft around the world. A small biplane with non-retractable landing gear, nicknamed Kukuruznik, it is included in the Guinness Book of Records as the only aircraft in the world that has been in production for more than 60 years (since 1947); apart from the USSR, it has been made in China and Poland, and supplied to a dozen more countries.

The An-2 is easy to fly and is popular because of its versatility. It has been involved in military action (including the 1950-1953 Korean War and the 2011 civil war in Libya), as well as being used for entirely peaceful purposes: it provided a convenient way for spraying fields with chemicals and transporting cargo and passengers, including to remote destinations where a bigger aircraft would not have been able to land.

Also, as is shown by two tragic incidents that happened in Voroshilovgrad (now – Lugansk) in 1972 and in Novosibirsk in 1976, the An-2 was twice used as an ordinary murder weapon 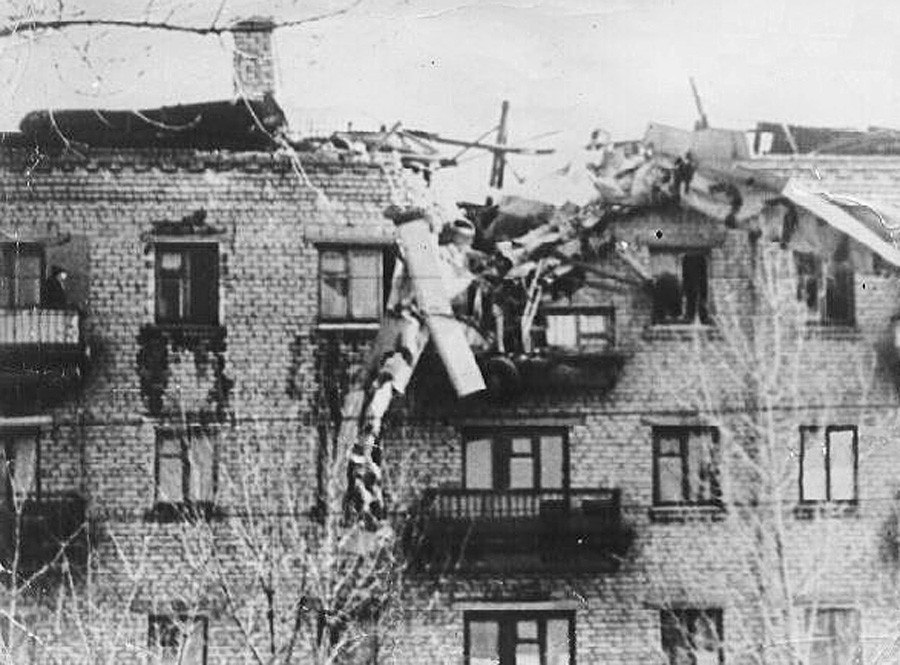 A house in Voroshilovgrad (Lugansk) that Timofei Shovkunov crashed into.

On the morning of March 27, 1972, aircraft captain Timofei Shovkunov was to fly his usual route from Voroshilovgrad to the neighboring town of Svatovo. Upon learning that the flight had been canceled because of the weather conditions, he told his colleagues that he would go and have breakfast. Instead, he took the keys to an An-2 plane, got the go-ahead from a ground crew member and, having run up the engines, took off. Without a co-pilot and saying nothing to air traffic control.

Air traffic control and the airport services were still trying to work out where Shovkunov had gone when the news came in from Voroshilovgrad that a building had been rammed by an airplane. Shovkunov died crashing the An-2 into his own apartment on the second floor. "To all appearances, he wanted to settle scores not only with life but also with the building in which he had been unhappy," said the KP Ukraina newspaper.

Shovkunov knew that there was no-one in the apartment – the day before, he had had a row with his wife and she left, taking his son with her. Until then the couple had often quarreled; also, the pilot's mental state left much to be desired. "The incident was caused by the pilot’s suicide as a result of a psychopathic reaction to family problems," is how the archive "Aviation accidents, incidents and air disasters in the USSR and Russia" laconically sums it up.

Later Shovkunov's wife said that he had repeatedly threatened to use an aircraft to kill himself. At the same time, the pilot had skillfully hidden his mental problems from his colleagues - until it was too late. 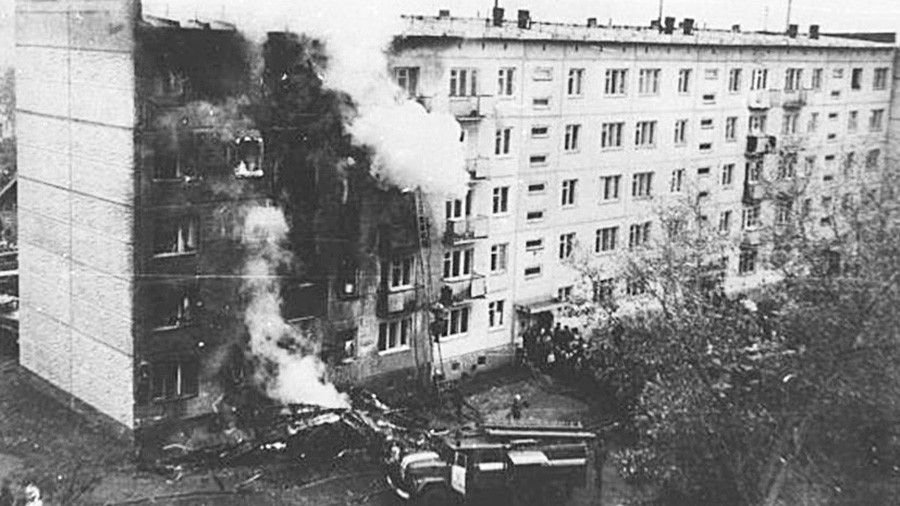 The consequences of Vladimir Serkov's suicide.

From 1971 Vladimir Serkov, a pilot from Novosibirsk, suffered from epileptic fits. Subsequently, he fell out of a bus and hurt his head, but he hid his constant headaches from doctors because he was afraid of losing his job. And, like Timofei Shovkunov, he had family problems.

The pilot behaved more and more irrationally and lost his temper all the time, venting his anger on his wife Tatiana. He made several suicide attempts and in the end the couple filed for divorce and the wife moved with their child to her parents. On Sept. 25, 1976, Serkov saw his wife with an acquaintance outside the building where Tatiana's parents lived and, mad with jealousy, he hit her. That night he decided to kill not only her and himself but also his parents-in-law and his son. 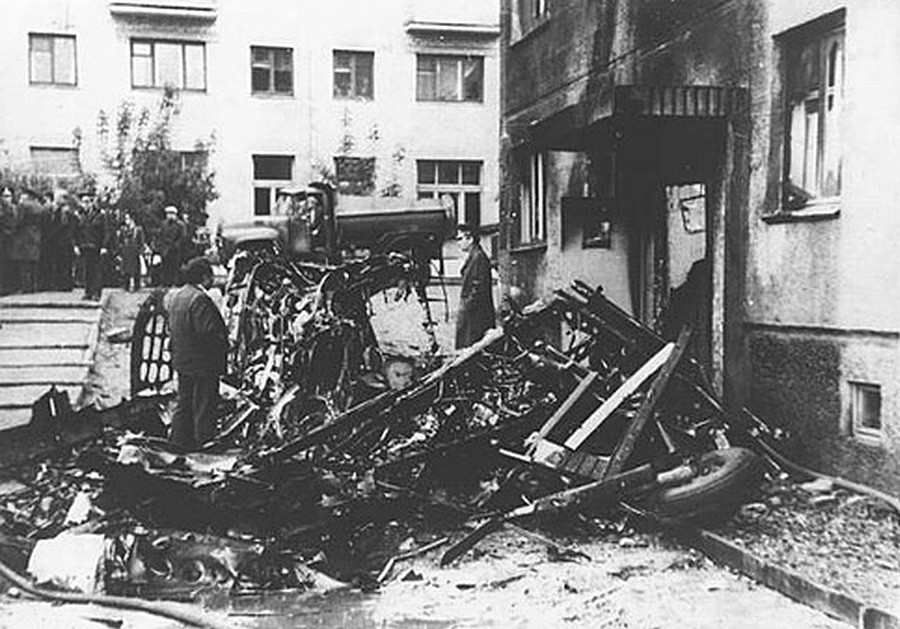 He went to the airfield and took off in somebody else's aircraft using a fake flight permit. Several minutes later, replying to the air traffic controller's nervous questions, he dryly replied where he was heading: "Look for me at No. 43/1 on Stepnaya Street. Farewell." It was the house of Tatiana's parents where she was temporarily living with their son. Serkov rammed the wall of the building between the second and third floors. He was killed instantly in the blast; a horrendous fire broke out in which four neighbors died, including three small children. Serkov's family were not at home at the time.

Until 2001 the authorities were to tell people nothing about the tragedy. And residents of the "building which the aircraft rammed" still don't like talking about it.