Sci-Fi tanks the USSR created to fight Hitler and the U.S.

Science & Tech
Igor Rozin
Alf van Beem
These futuristic battle machines were supposed to change the face of warfare, yet never came into mass production, due to World War II.

From 1925 until 1960, Soviet engineers experimented on various types of tanks to create something that the world had never seen before, including flying tanks and the ones able to withstand a nuclear blast!

In 1937, Soviet engineers worked on an ambitious project - a flying tank MAS-1. It was based on the Soviet light tank, yet ended up looking totally different.

In essence, this vehicle was a straight combination of a light tank and a jet. The 'tank' had folding wings on top of it to overcome obstacles in the air, as well as a keel and helm to operate during “flight”.

On the front, this ‘tank’ had a two-bladed propeller that was also assisted flight. In order to move on the the machine had caterpillar tracks.

The flying vehicle was designed to be operated by a two-man crew and armed with two machine guns - a large-caliber 12,7-mm machine gun and a standard 7,62-mm machine gun.

Potentially, this vehicle was supposed to operate deep behind enemy lines and gather intelligence from above and on the ground.

Engineers even created a wooden model of the future metal monster, yet the military command decided that such ideas were way too futuristic and decided not to spend money in vain. 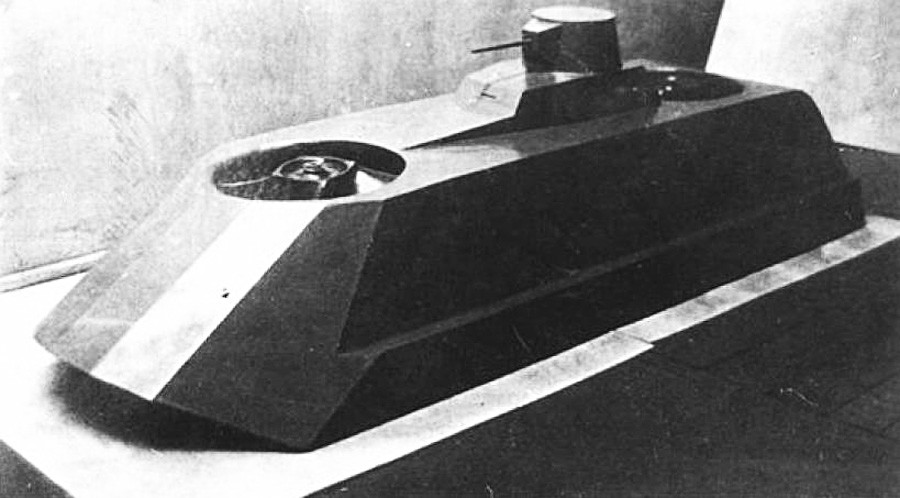 In 1937, Soviet engineers created a tank on an air cushion. The project was dubbed “amphibious flying tank” and was meant to operate in swampy forest regions, in which standard tanks could hardly pass.

The machine was based on the world’s hovercraft L-1, created in the USSR a years earlier.

According to the preliminary tank projects, engineers planned to install two propellers on the of the vehicle that had two M-25 aircraft engines with 1,450 horsepower combined.

With these engines, the metal monster was able to become the heavily armed machine able to fly at a speed of 250 km per hour, at a height of 25 cm above ground and water. Yet World War II drastically changed the country’s plans and the military command decided to abandon controversial tank projects and concentrate all their engineers on creating more practical battle machines. 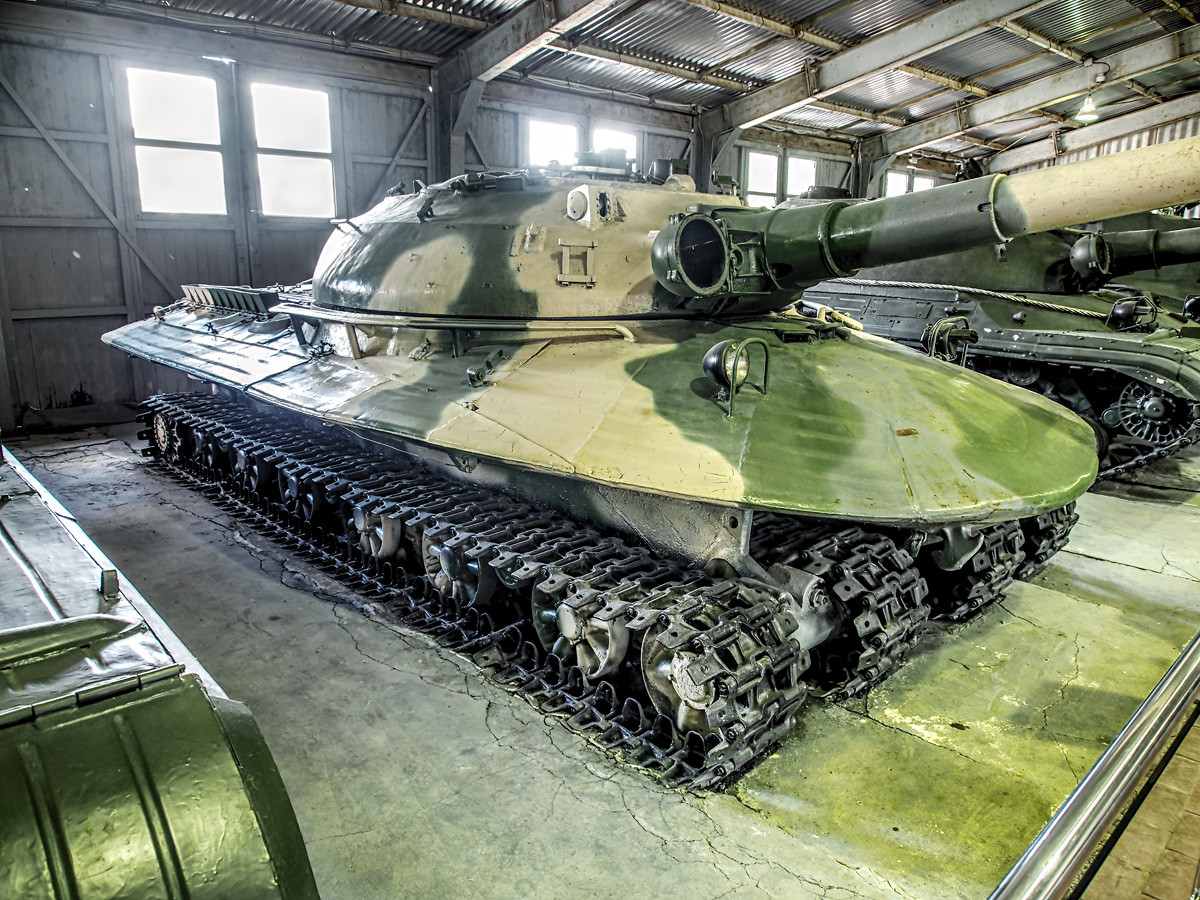 “Object 279” tank concept looked more like a UFO, rather than an actual tank. It was created at the beginning of the Cold when the Soviet Union and the U.S. were trying to manufacture battle machines able to operate after nuclear strikes.

So, “Object 279” appeared on the world stage in 1959 with every angle created in ellipsoid (spheric) form. This was supposedly done to withstand shock waves of a nuclear missile strike on the battlefield (that was the period in history when both nations believed that every weapon/bullet/mine/bomb would be nuclear charged).

“Object 279” also had four caterpillar tracks that allowed it to overcome higher and tougher terrains compared to other tanks in operation in the late 1950s. So the vehicle was easily able to go through swamps and snow. Its chassis also allowed the tank to overcome most common anti-tank barricades of those days.

Yet, it had a number of minuses that eclipsed all of its strengths. First of all, this vehicle had hardly any , thus becoming a clear shooting target on the battlefield. Secondly, it was very expensive to produce and maintain. These were the main reasons the Soviet leadership decided to abandon this project.

Today, only one prototype of the “Object 279” exists and it can be found in a tank museum in Kubinka in Moscow suburbs.