The Soviet path from de-stalinization to space exploration (PHOTOS) 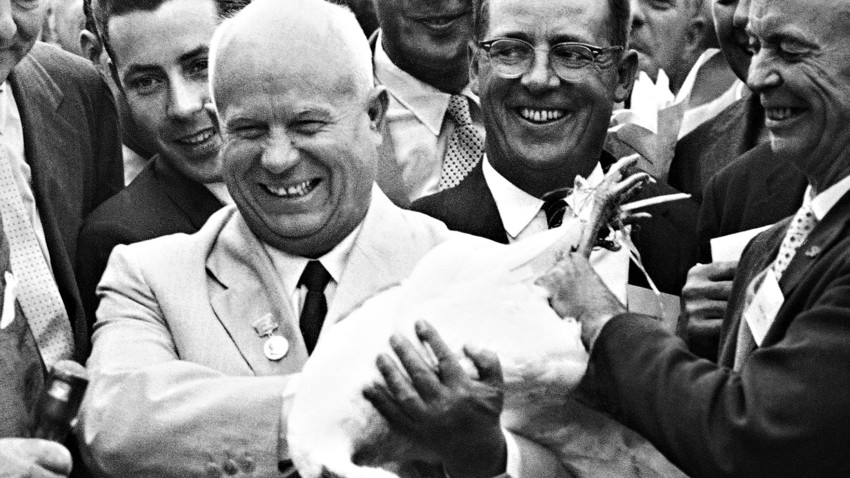 AP
In the 1950s, the Soviet Union entered an era of partial liberalization, relaxed censorship and mass rehabilitation of victims of repression. This was a big breakthrough after Stalin's brutal era.

Soviet military in the Korean war 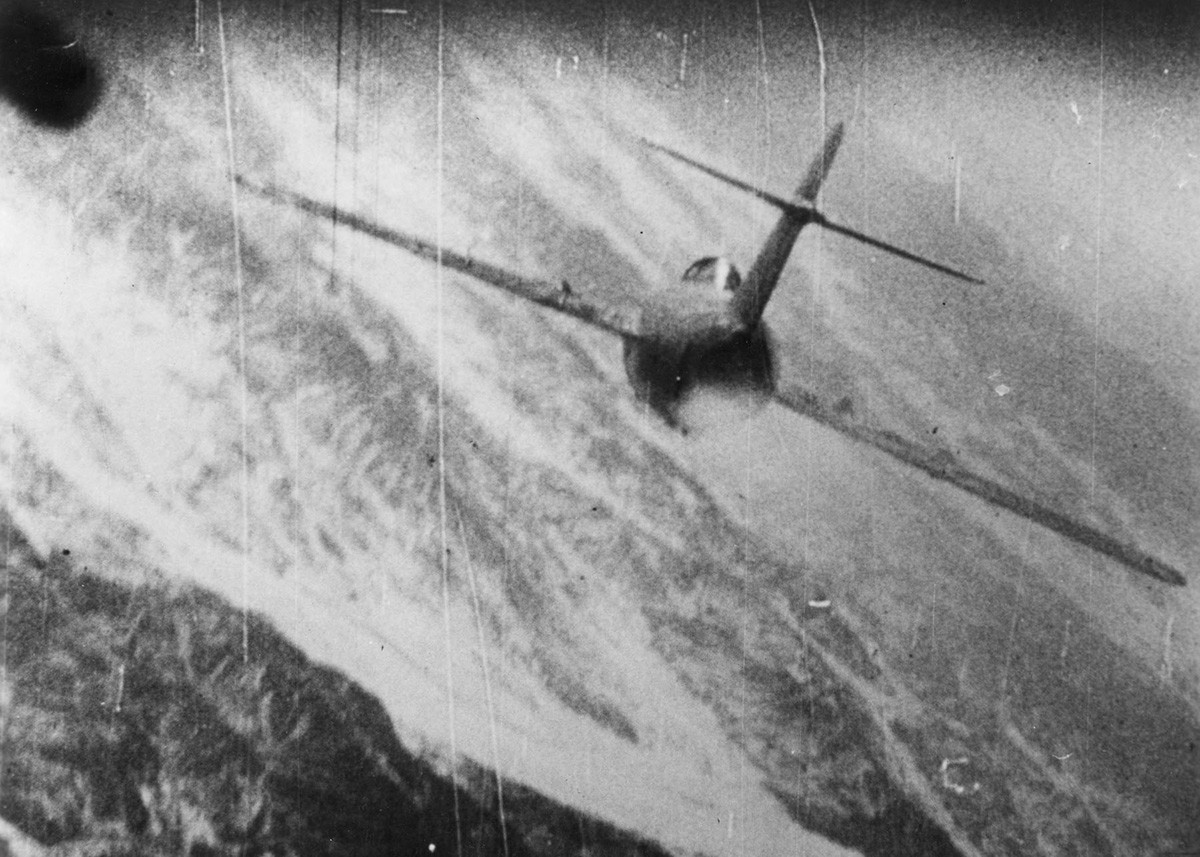 The Soviet Union actively, but unofficially supported North Korea in the war against its southern neighbor. Besides supplying arms and military equipment, the USSR sent military specialists and pilots to protect North Korean strategic objects from enemy aviation.

The Soviet Union for the first time at the Olympics 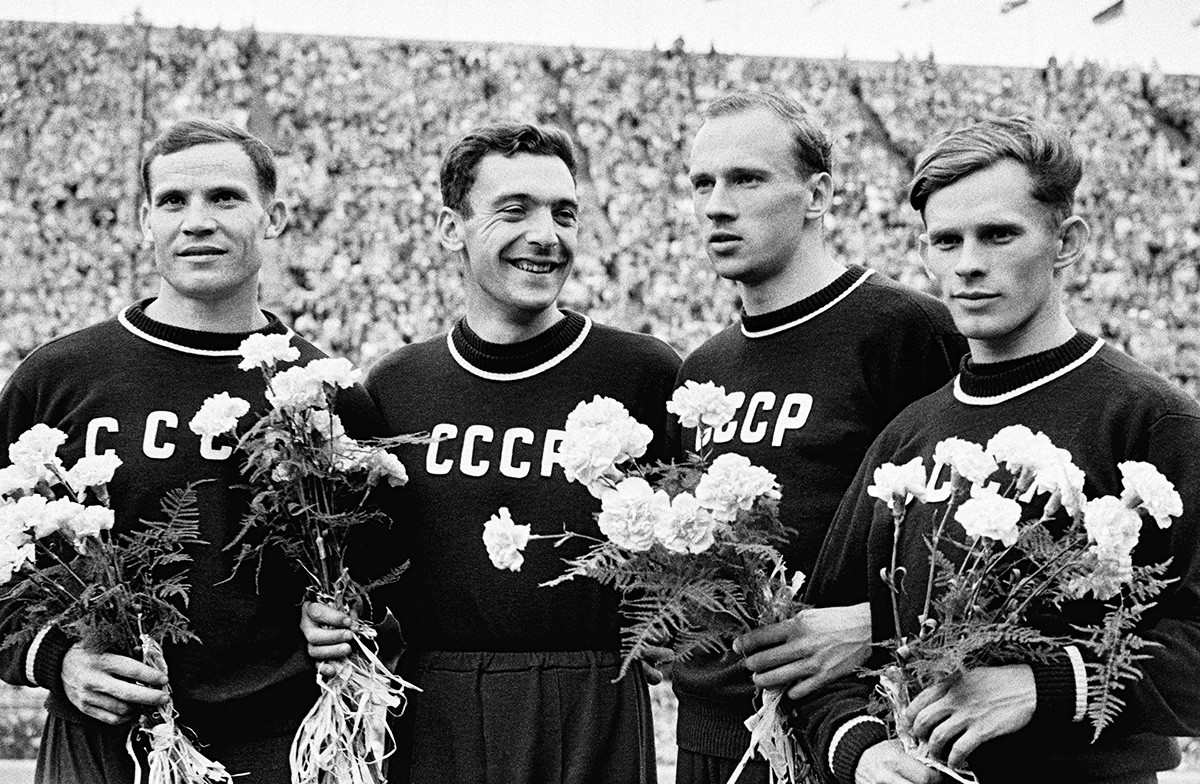 In 1952, for the first time in its history, the Soviet Union took part in the Olympic Games. At the XV Summer Olympics in Helsinki Soviet sportsmen won 71 medals (22 gold, 30 silver and 19 bronze). In an unofficial team ranking the USSR won the 2nd place, outdone only by the U.S. 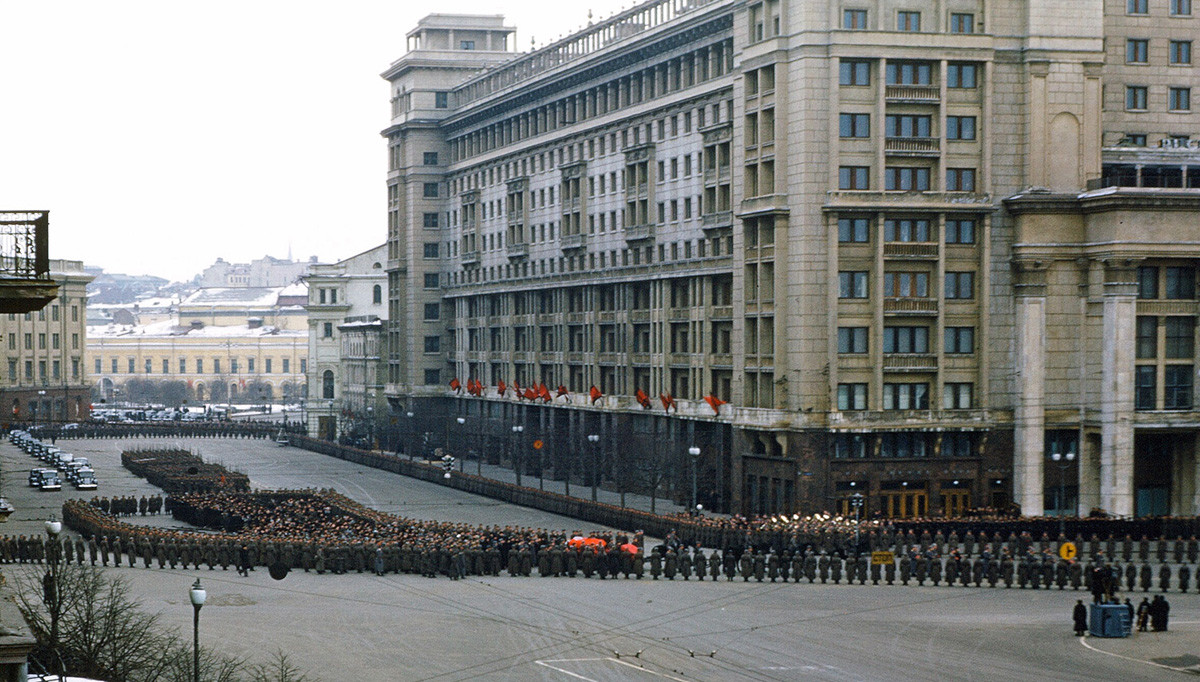 Funeral of Joseph Stalin, caught on camera by US assistant army attaché Major Martin Manhoff from the embassy balcony.

The funeral for Joseph Stalin, who died on 5 March 1953, was attended by tens of thousands of people. During the process a huge stampede occurred, resulting in the death of hundreds of people. Exact numbers remain classified.

Establishment of the KGB 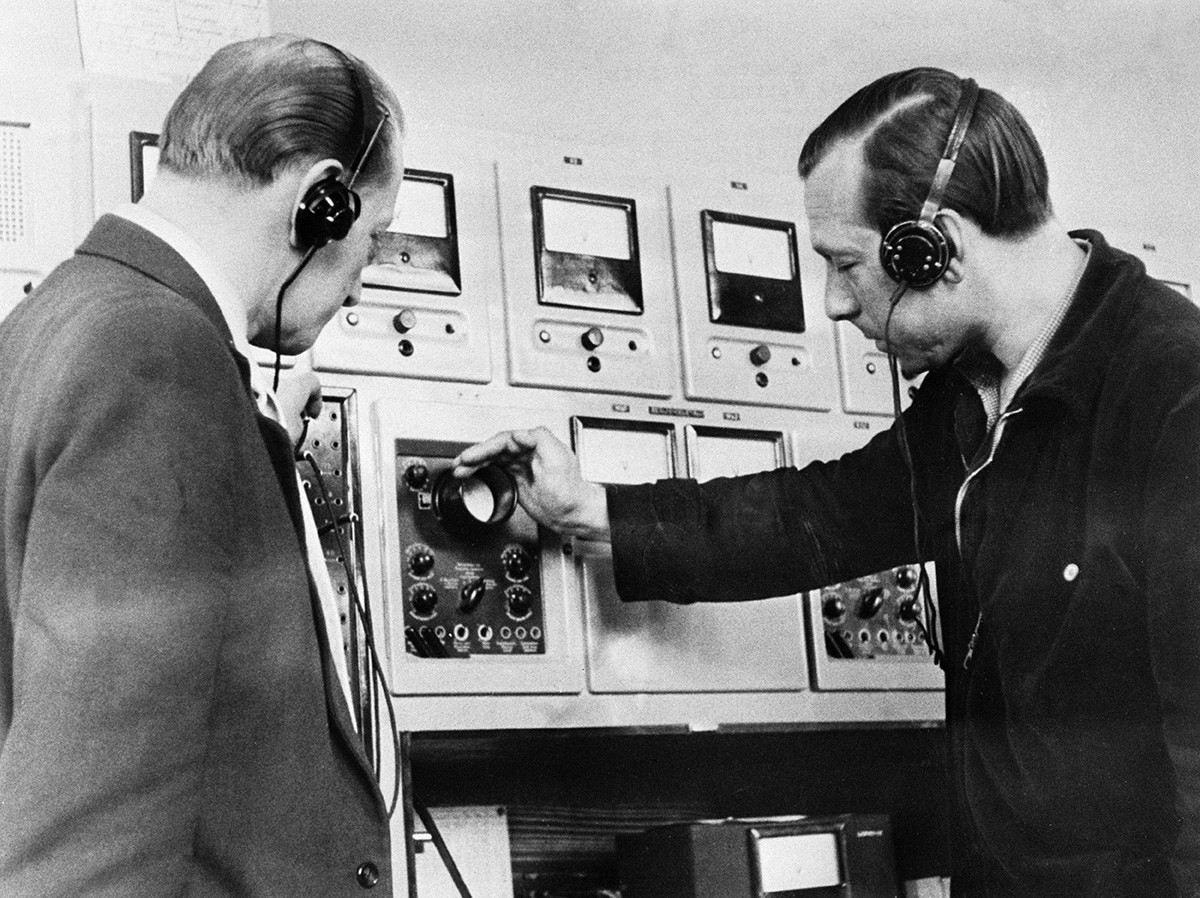 In 1954, the famous Committee for State Security, “sword and shield of the Communist Party,” was established. Under its abbreviation KGB, this Soviet security agency became internationally known and associated with Russia until the very end of the Soviet Union. 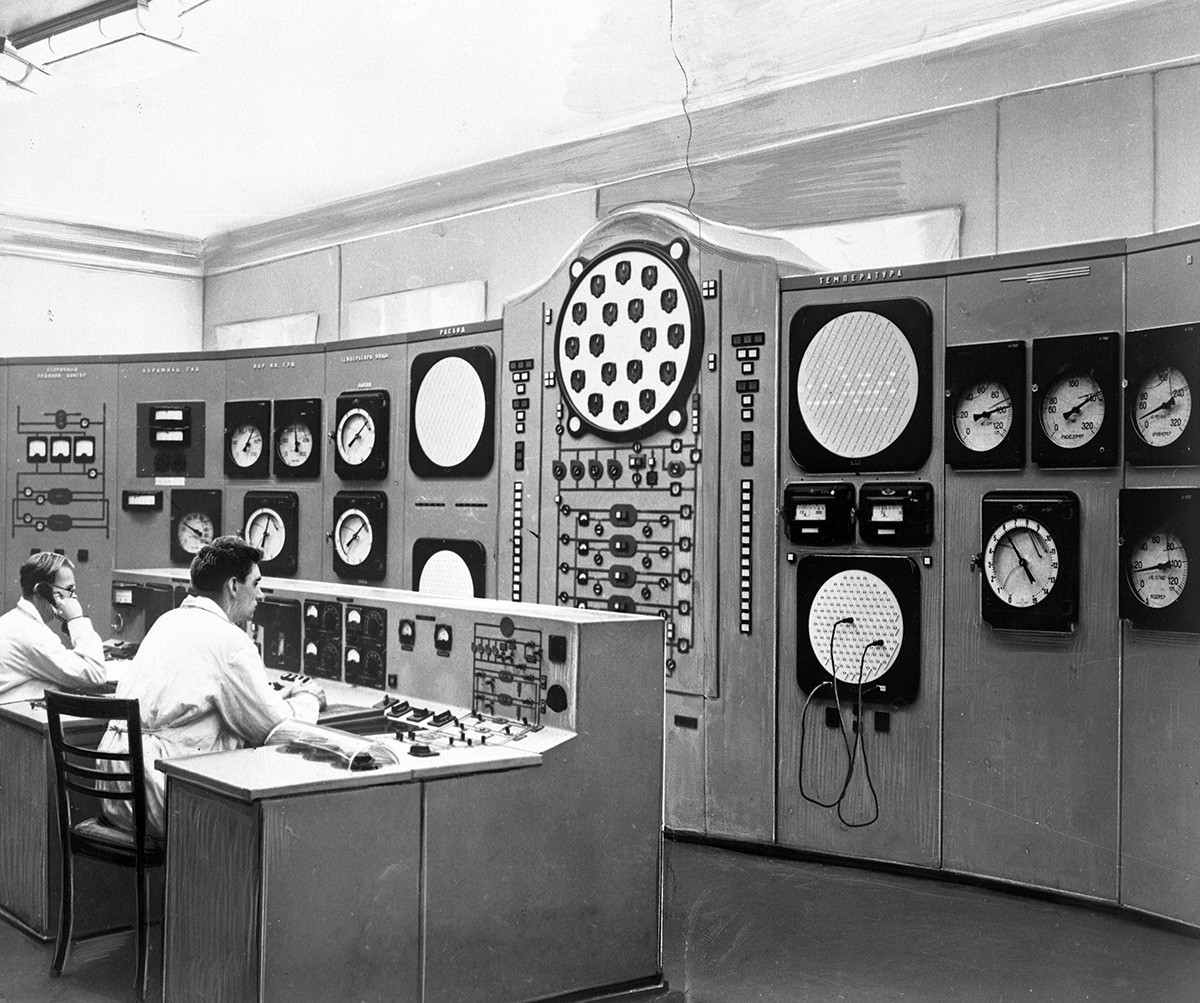 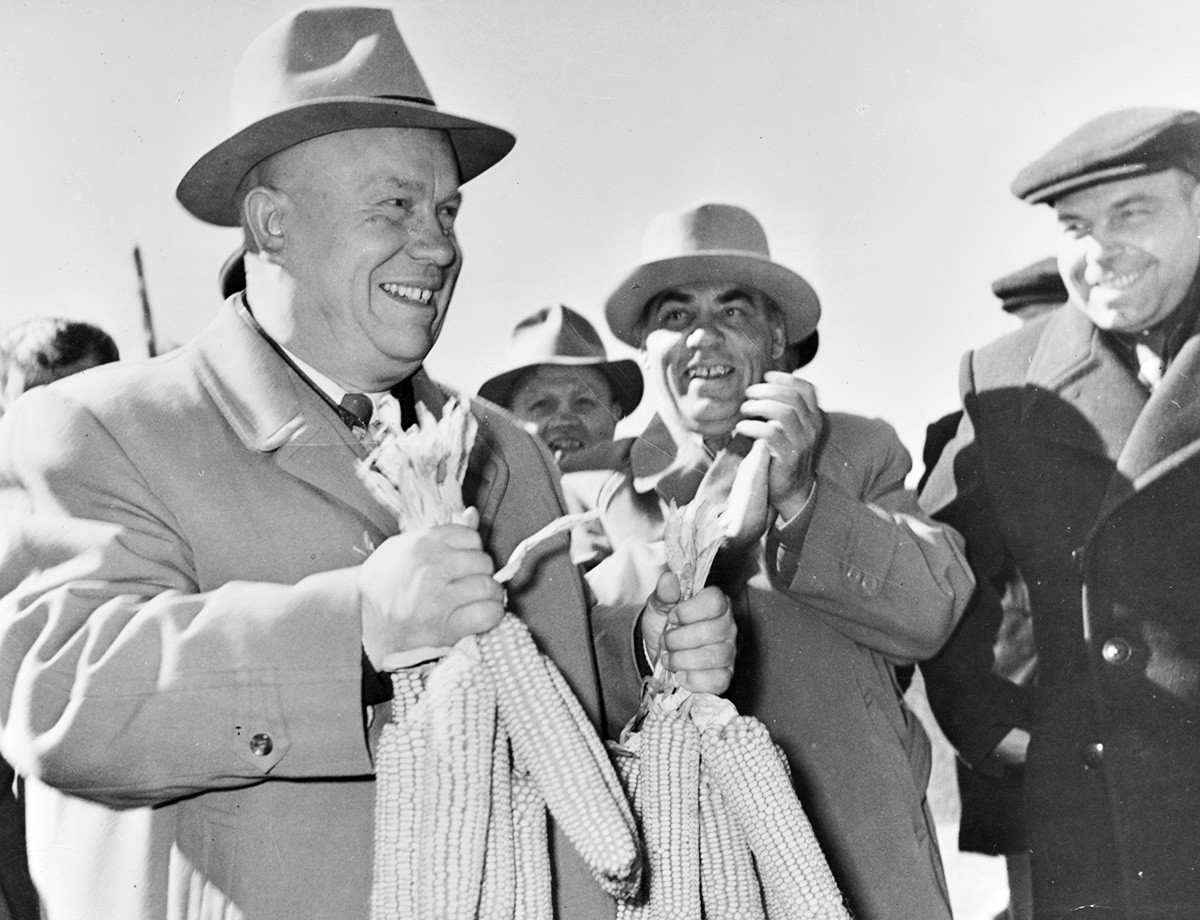 In the mid 1950s, the Soviet leader Nikita Khrushchev launched a large-scale corn campaign in the USSR. Bumper crops of corn were supposed to solve the problem of a lack of feed for livestock.  Paying no attention to climate or suitability, corn was planted everywhere, even on fields traditionally sown with wheat and rye. The result of the corn campaign in the USSR was not enough meat, milk and even bread.

Creation of the Warsaw Pact 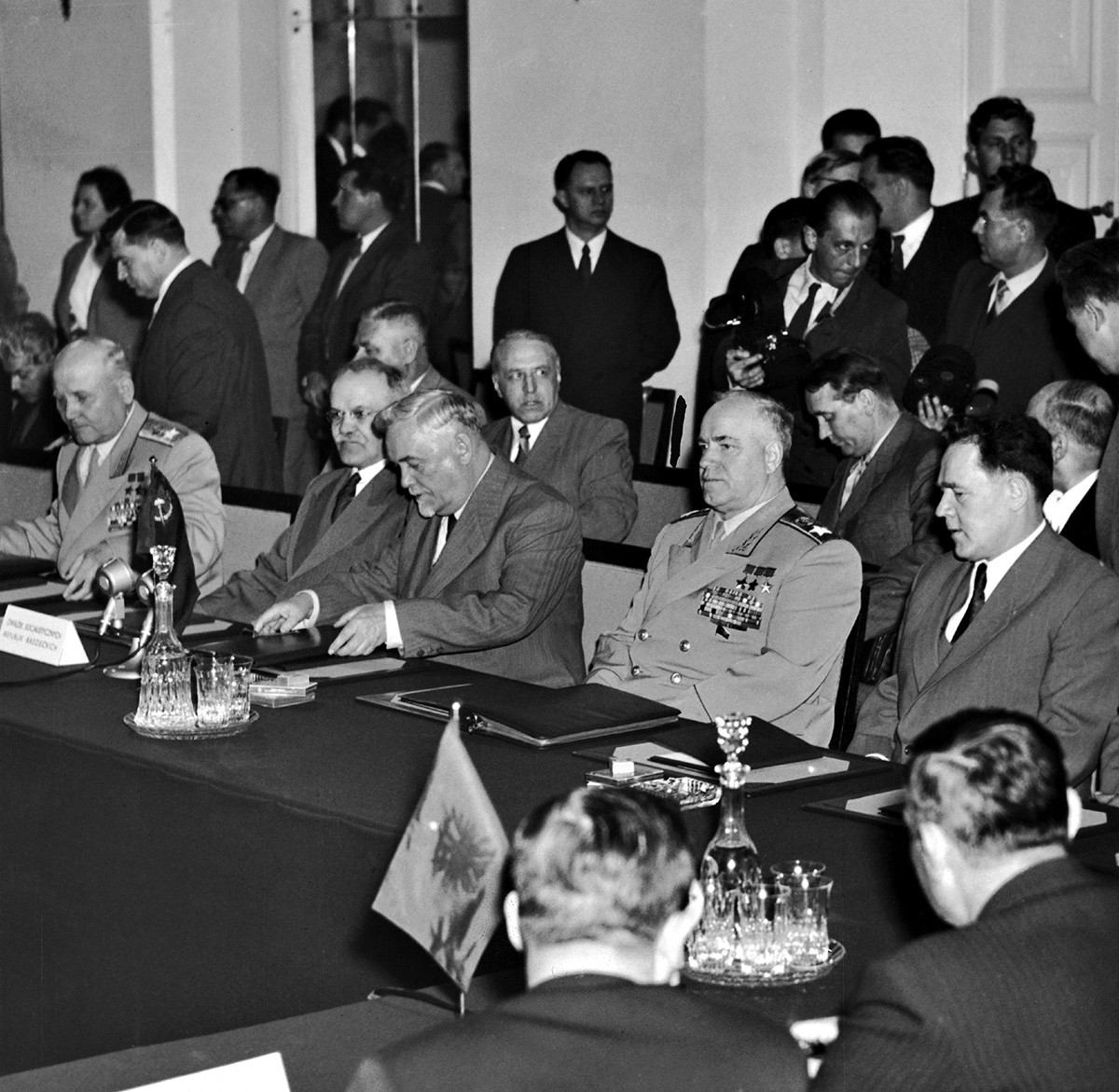 The Soviet Delegation Present For The Signing Of The Warsaw Pact On May 14, 1955.

When in 1955, the Federal Republic of Germany (FRG, aka West Germany) joined NATO, it was a direct violation of the Potsdam Agreement, which stated that Germany was to remain disarmed. On May 9, the FRG officially became a NATO member, and only five days later, May 14, the socialist countries signed a Treaty of Friendship, Cooperation and Mutual Assistance, generally known as the Warsaw Pact. Thus was the “Soviet NATO” born.

Start of de-Stalinization and Khrushchev Thaw 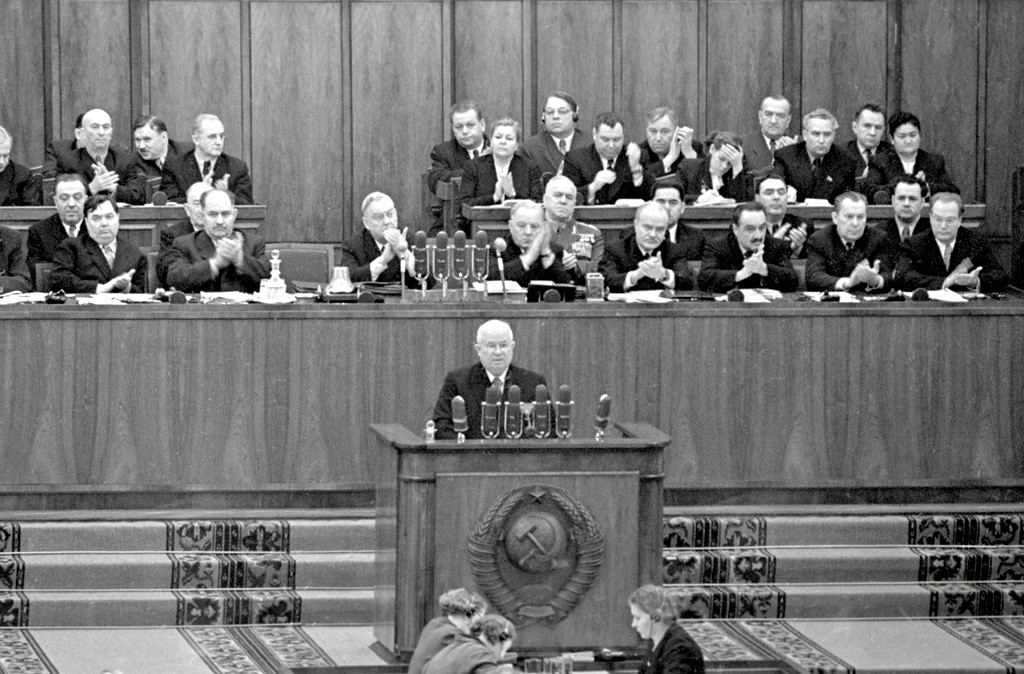 The 20th Congress of the Communist Party.

During his speech at the 20th Congress of the Communist Party, the Soviet leader Nikita Khrushchev sensationally denounced the personality cult and dictatorship of Joseph Stalin. This was a turning point in the history of the Soviet Union. The country took the path of partial liberalization of political, social and cultural life, relaxation of censorship, rehabilitation and release of GULAG prisoners, and the aim of peaceful coexistence with the West. The so-called Khrushchev Thaw had started. 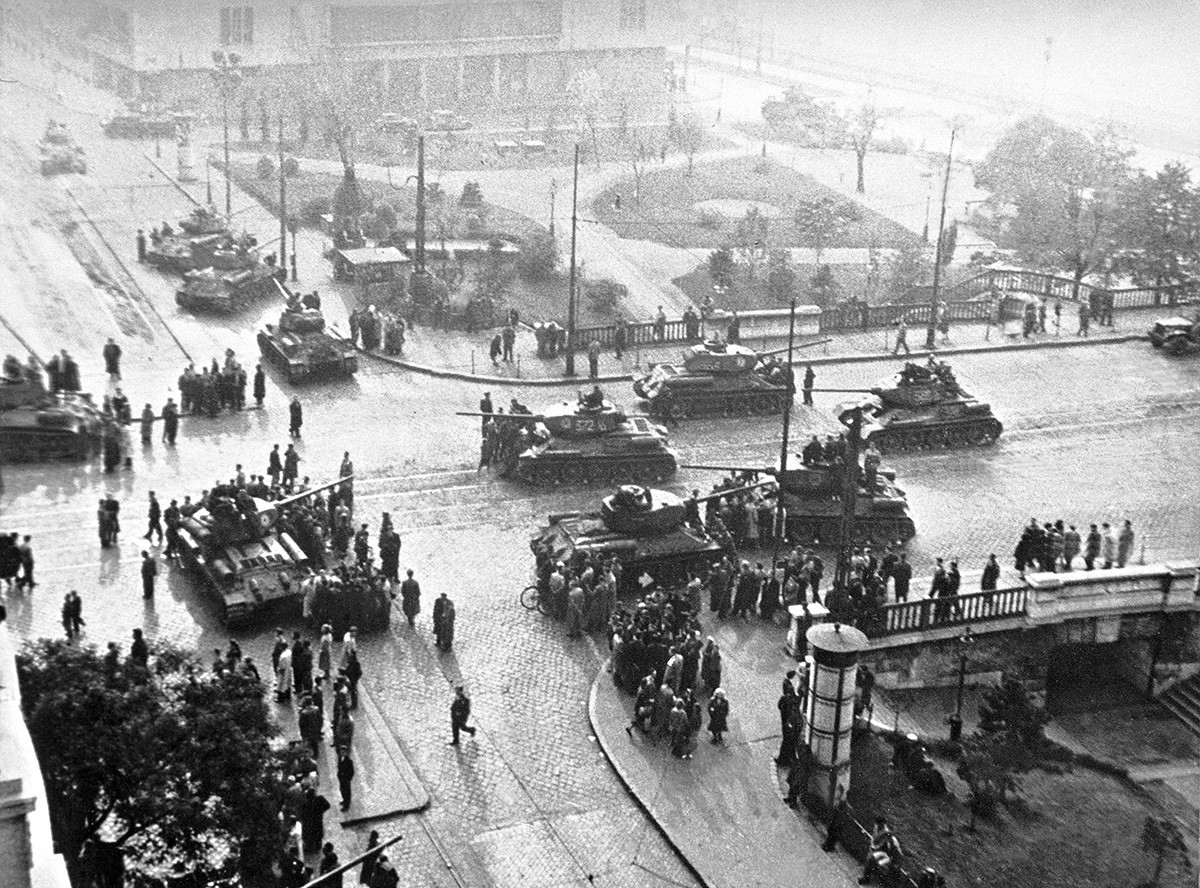 1956 saw the start of a major anti-Soviet uprising in Hungary, assisted by Western security services. On November 1, the new Hungarian government declared the country’s withdrawal from the Warsaw Pact. Instantly reacting, Soviet and Hungarian troops and security forces, suppressed all resistance in Budapest, dragging Hungary back into the socialist alliance.

World Festival of Youth and Students in Moscow 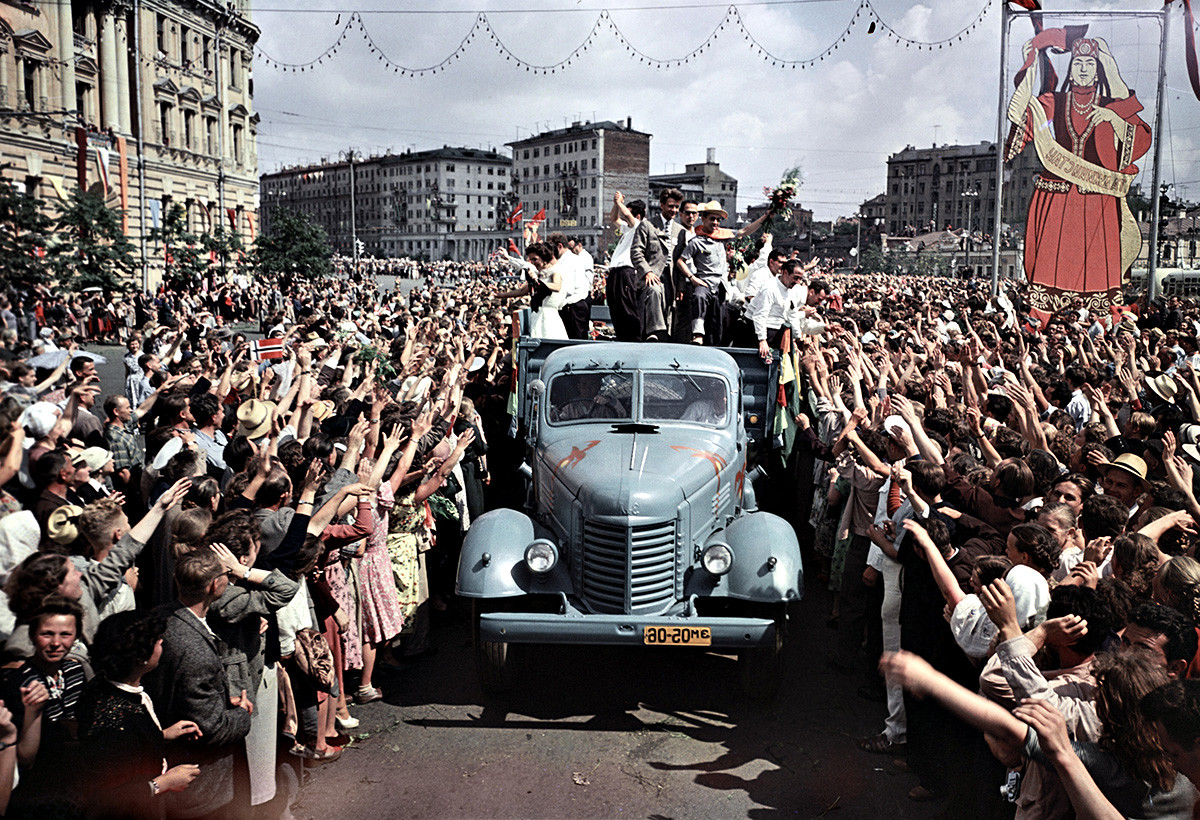 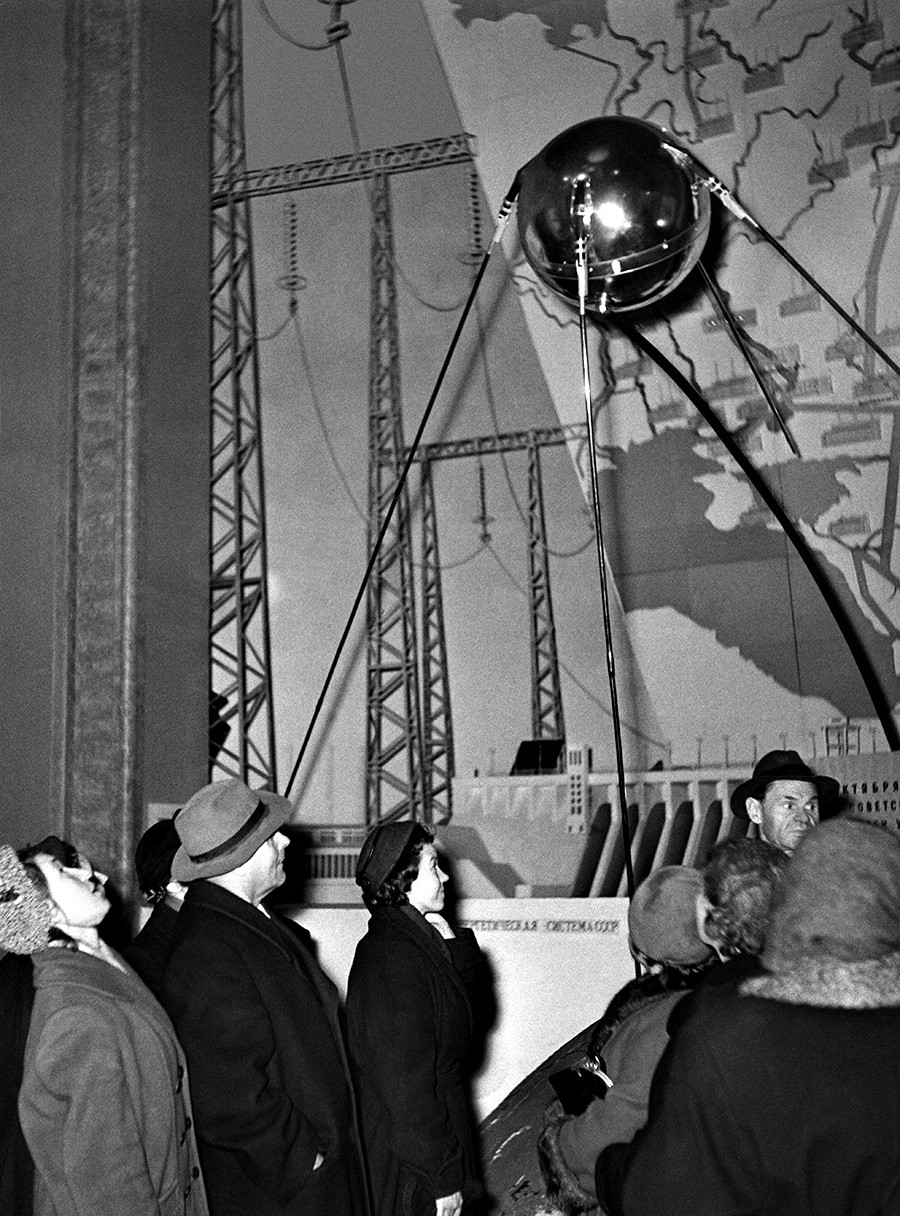 A copy of the first artificial satellite launched by the USSR on October 4, 1957.

On 4 October 1957, the Soviet Union opened the era of space exploration. The first artificial Earth satellite was launched into an elliptical low Earth orbit. The 92 day flight of Sputnik 1, as the satellite was called, allowed scientists to study the density of the upper atmosphere, which had been impossible before. 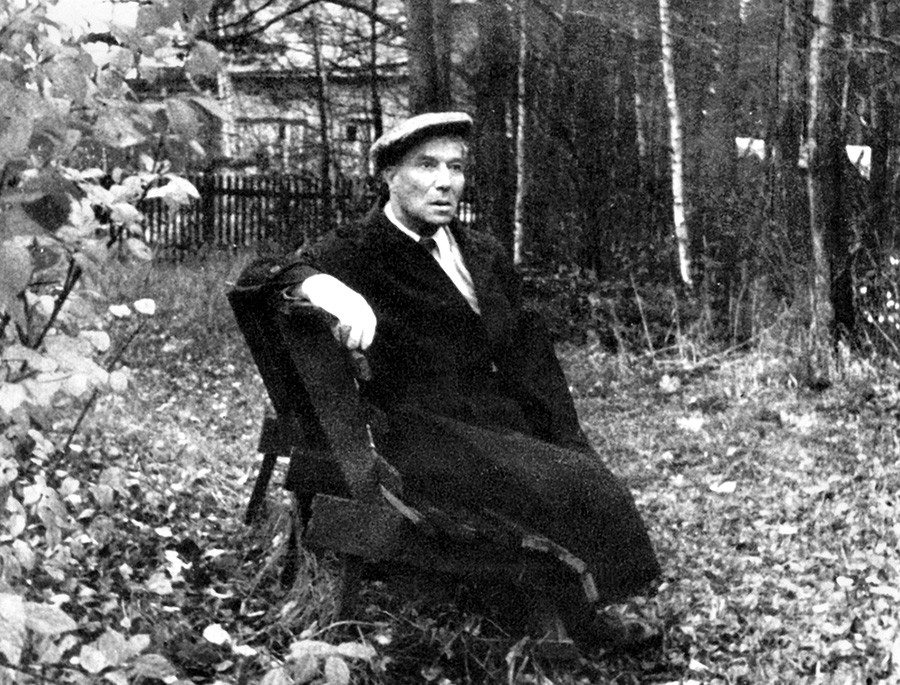 Despite partial liberalization, the Soviet authorities were not going to allow too much freedom, and Boris Pasternak was a perfect example of this. When in 1957, he tried to publish his novel, Doctor Zhivago, set during the Russian Revolution, Pasternak was confronted with a campaign of bullying orchestrated against him. Published in the West, the novel was warmly welcomed. In 1958 the author was awarded a Nobel Prize for Literature thanks to it.

First visit of a Soviet leader to the U.S. 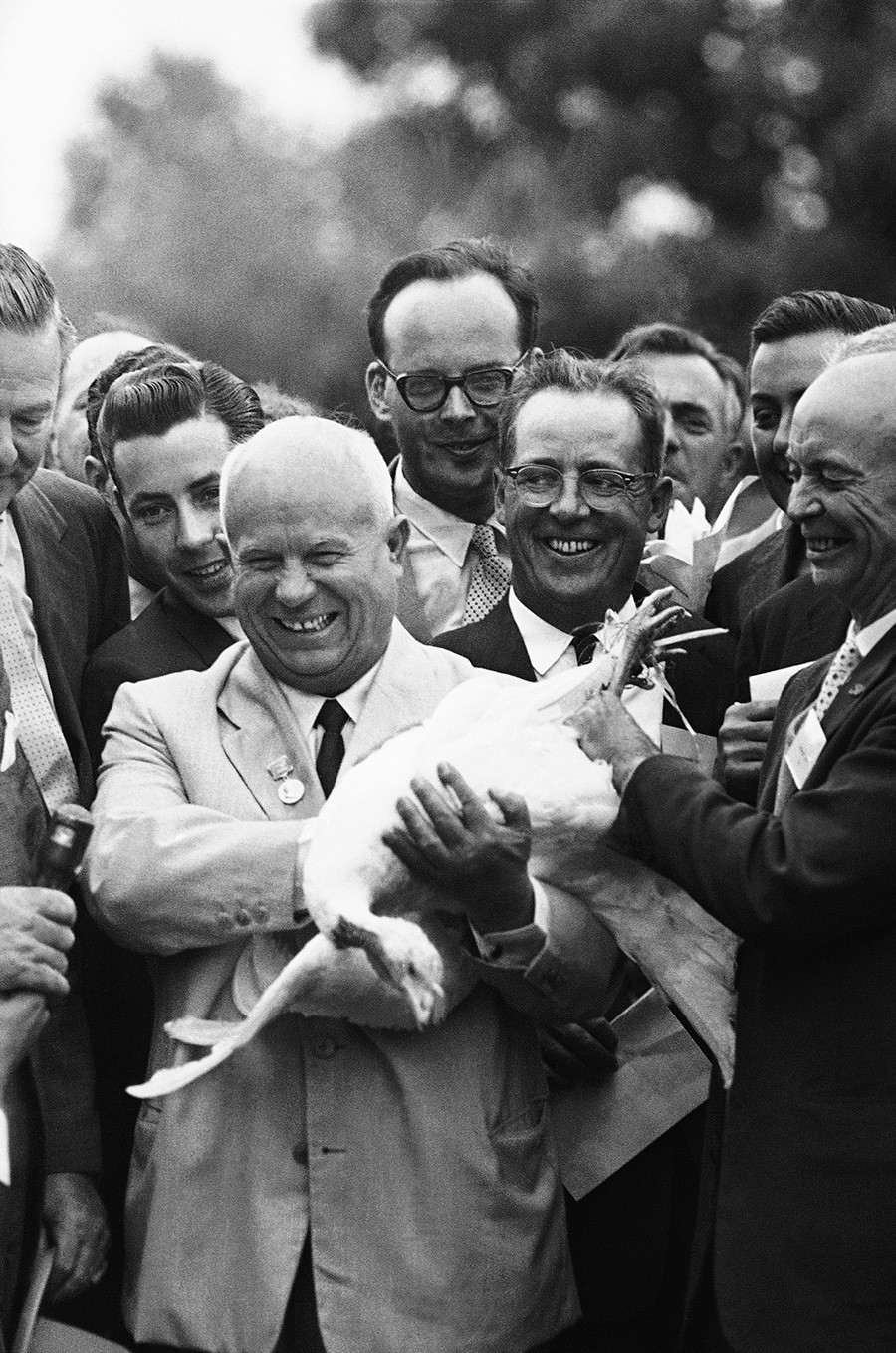 On 15 September 1959, for the first time in history a Soviet leader stood on American soil. During a two week visit Nikita Khrushchev saw New York, Los Angeles, Washington, Pittsburgh and San Francisco. Over 5,000 journalists  reported on his visit, a record for those times. 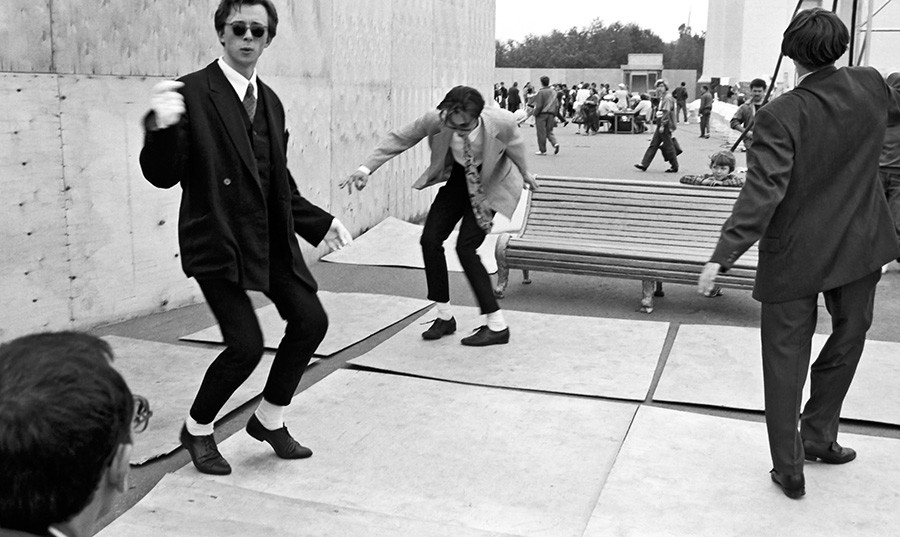 Stilyagi were Soviet hipsters, dandies, beatniks and Teddy Boys. They represented the first countercultural group in the USSR. With apolitical views and an admiration for American fashion, they aspired to wear foreign labels and listen to western music. Soviet society treated Stilyagi badly: they were criticized, mocked and even regularly brought in by the police.