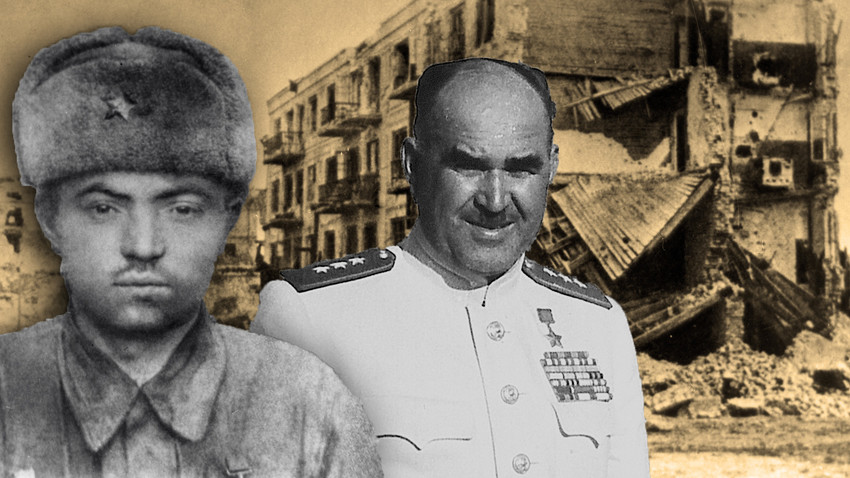 Georgy Zelma/Sputnik, Mchpv (CC BY-SA 4.0)
It is largely thanks to these instances of heroism that the USSR was able to come out victorious from one of the most horrendous battles in the history of mankind. 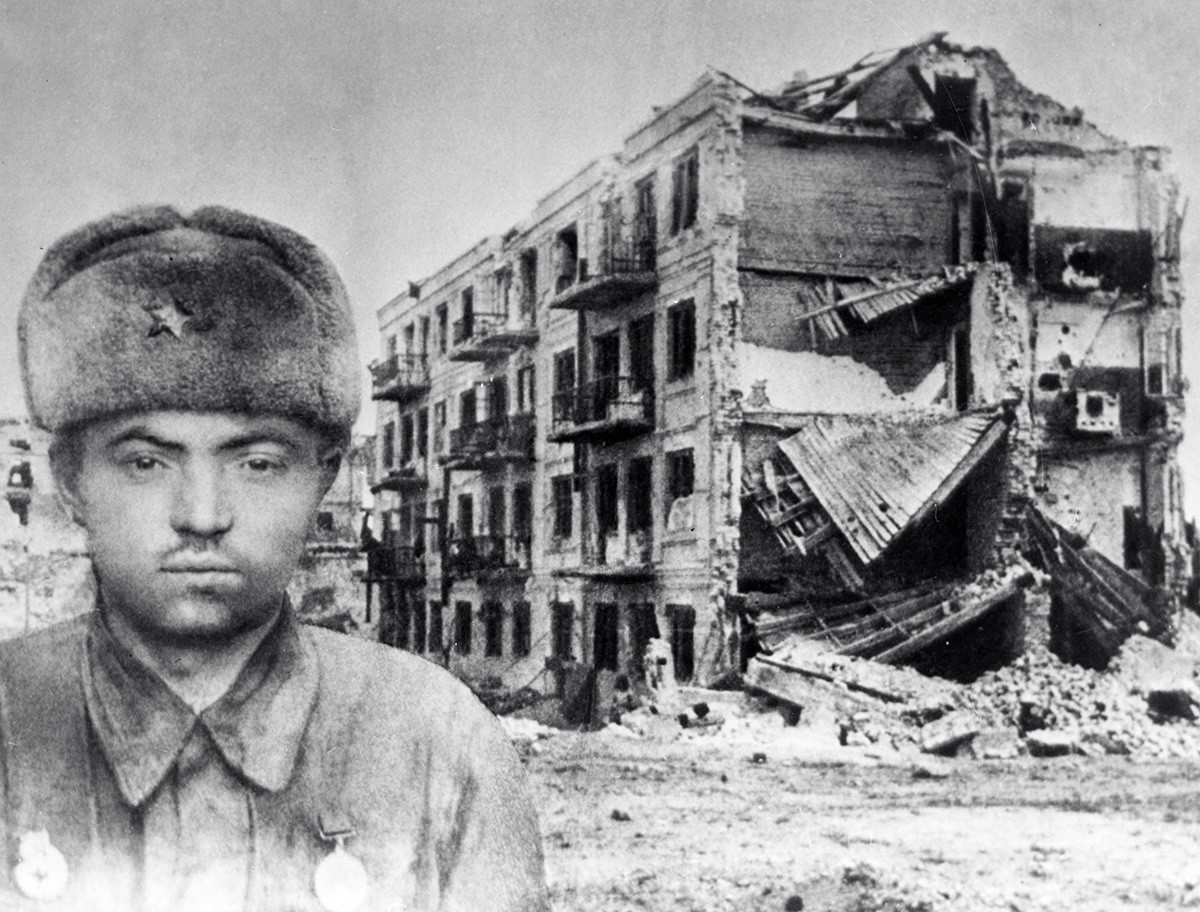 One of the soldiers-defenders of Pavlov's house.

In mid-September 1942, units of the German 6th Army broke into the center of Stalingrad. Fierce battles were fought for each building that could serve as an obstacle for the Germans' advance to the Volga.

On September 27, Senior Sergeant Yakov Pavlov received an order to gain a foothold in a four-storey apartment building on January 9th Square in the very center of the city, knocking out a small German garrison there.

It is this building that will become known as Pavlov’s House, a fortress in which 31 Red Army soldiers fought off enemy attacks for two months.

Although it went down in history under Pavlov's name, the defense of the building during the entire siege was in fact led by Lieutenant Ivan Afanasyev, who had joined Pavlov with his platoon.

“The Nazis did not leave our house alone for a single day. For them, our garrison, which did not let them take a step further, was worse than an eyesore. From day to day, they intensified their shelling, apparently having decided to reduce the house to rubble. Once German artillery kept firing at the house for 24 hours without a break,” Pavlov recalled in his memoirs.

The Soviet soldiers returned fire from the roof, the windows and the basement of the building, where the remaining civilians were hiding.

Food, water and supplies were carried across the Volga at night, under constant shelling. At times, Pavlov’s House had lines of communication with the other Red Army units, but for much of the time, it was completely cut off, turning into a lonely island of resistance.

On November 19, the Red Army launched Operation Uranus to surround the 6th Army, which was locked in Stalingrad thanks to the fierce resistance of Soviet soldiers. A week later, the defenders of Pavlov's House joined in the counteroffensive together with the other units of the 62nd Army.

Throughout the entire siege, the skillful garrison of the famous house lost only three people. There is no way today to calculate the losses they inflicted on the Germans, but they are believed to have numbered in the hundreds. 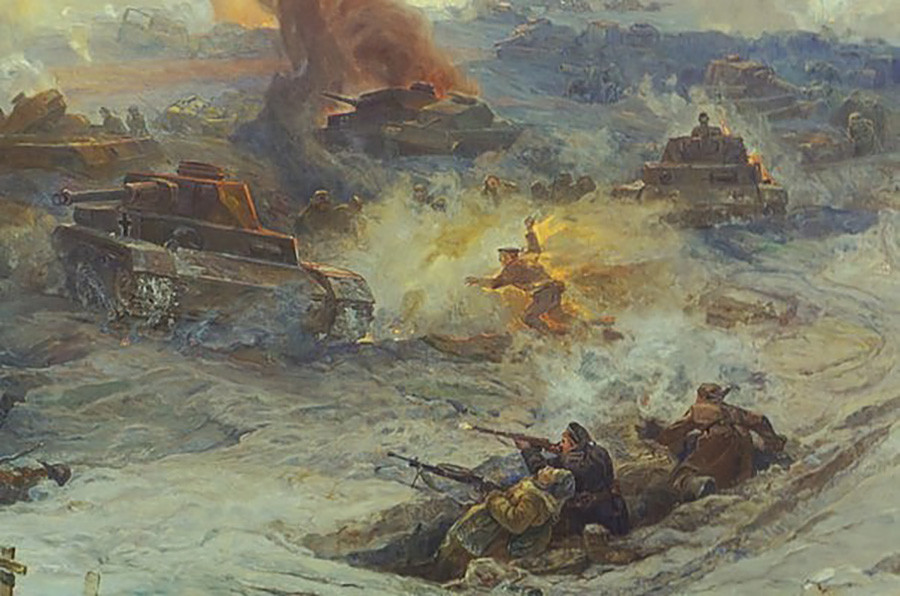 In March 1942, sailor Mikhail Panikakha, who was serving in the Pacific Fleet, volunteered for combat service on the Soviet-German front. In the fall of the same year, his 883rd Rifle Regiment was in the midst of the Battle of Stalingrad, fighting for the Red October factory on the banks of the Volga River.

On October 2, during a German attack on the regiment's positions, seven German tanks broke through the lines of defense and came close to the Soviet trenches. Private Panikakha, armed with two Molotov cocktails, started crawling towards the enemy’s leading tank.

When he was 40 meters (44 yards) from the target, he swung for a throw. At this moment, a bullet hit the Molotov cocktail in his raised hand and the burning liquid engulfed the soldier's face and uniform.

In a second, Mikhail Panikakha turned into a burning torch, but did not rush back to his regiment's positions. On the contrary, he ran to the leading tank and smashed his other Molotov cocktail on the grill of its engine hatch.

“A huge flash of fire and smoke engulfed the hero together with the Nazi tank he had set on fire,” wrote the commander of the 62nd Army, Lieutenant-General Vasily Chuikov. The German offensive collapsed. 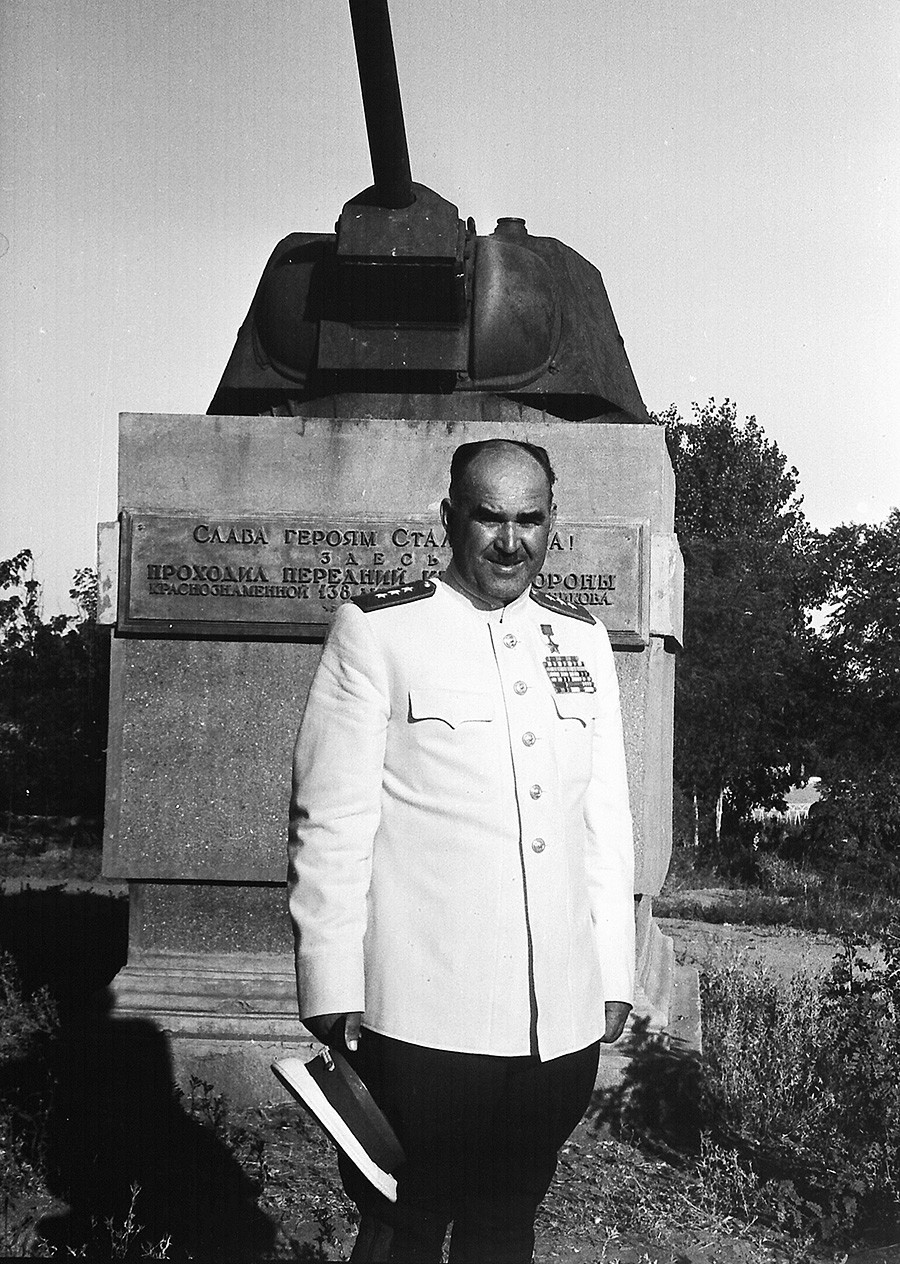 Lyudnikov Island is not an island on the Volga, as one might think. That was the name given to the heroic defense by Colonel Ivan Lyudnikov's 138th Rifle Division of a small section of the Barrikady plant.

From mid-October, units of the 62nd Army tried to retain the territory of the oil-rig production plant under their control and prevent the German troops from reaching the banks of the Volga. However, as of November 11, all the buildings of the Barrikady workshops were lost to the enemy.

Only a small section of the plant was controlled by the remains of a battered 138th Rifle Division. Pushed to the Volga and surrounded by the enemy on three sides, the soldiers dug in on a tiny patch of land 700 by 400 meters (765 by 437 yards).

Supplies for them, when possible, were delivered by boats from the left bank of the Volga under constant enemy fire. Airdrops were problematic too. “The pilots, masters of night flights on slow Po-2s, tried to help the Barrikady defenders too. They dropped sacks with cartridges and army biscuits from above the 'island'. But our 'island' was so small that the sacks fell either behind the enemy line or into the Volga," Lyudnikov recalled (A. Isaev. Myths and Truth about Stalingrad. M., 2013)

Sometimes the soldiers had to fight all day with just one army biscuit in their pocket. 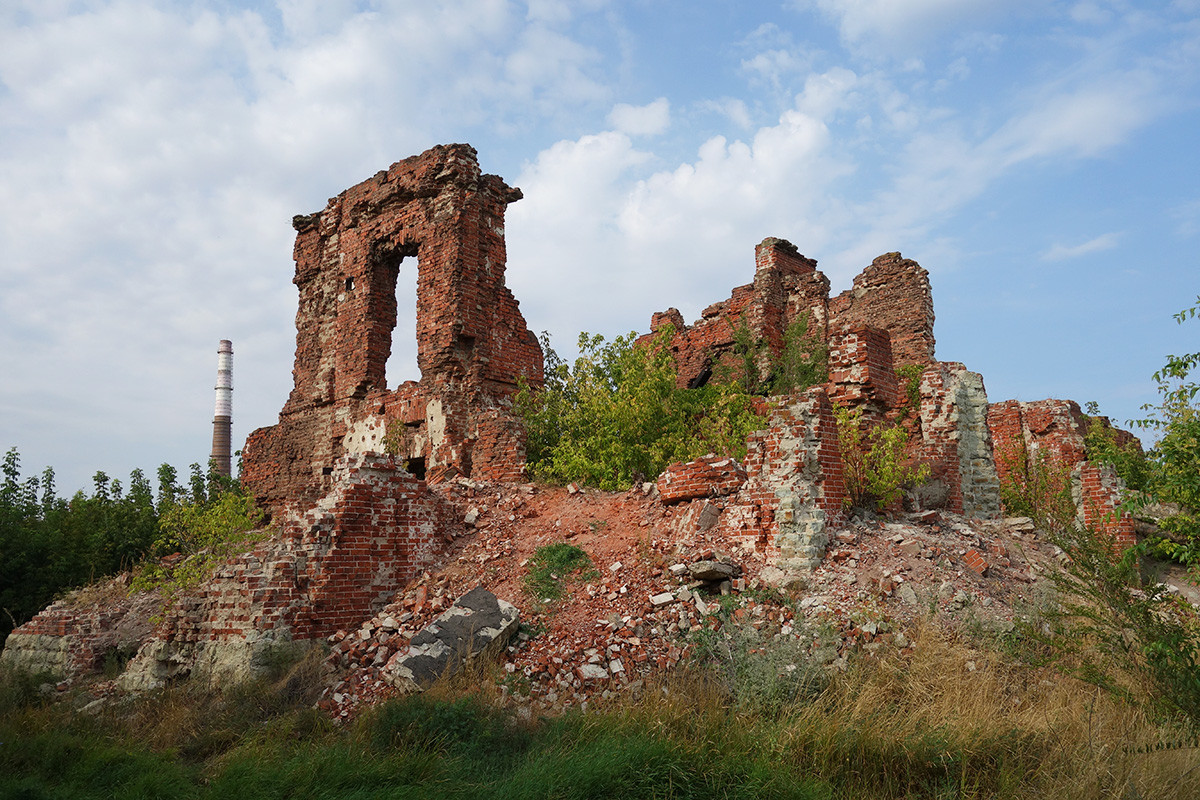 “We were infested with lice and hungry, but at some point there came this feeling of fury and I no longer felt any pity either for myself or for the Germans... Fiercely, we fought for every piece of the wall, and at night we and the Germans would creep out or try to make our way along the plant's passageways and tunnels - we, in order to get ourselves some food and ammunition, and the Germans in order to push us into the Volga. There were constant clashes between small groups in hand-to-hand combat...,” recalled Private Milya Rosenberg. (A. Drabkin. I fought in Stalingrad. Survivors' Revelations. Moscow, 2012)

On December 21, units of the Red Army ended the blockade of the 138th Division. Today, there are three mass graves of Soviet soldiers on the territory of the "island". Over 1,000 soldiers are buried in just one of them, while the number of people buried in the other two is unknown.