How a ‘Russian monster’ tank once TERRIFIED the Nazis 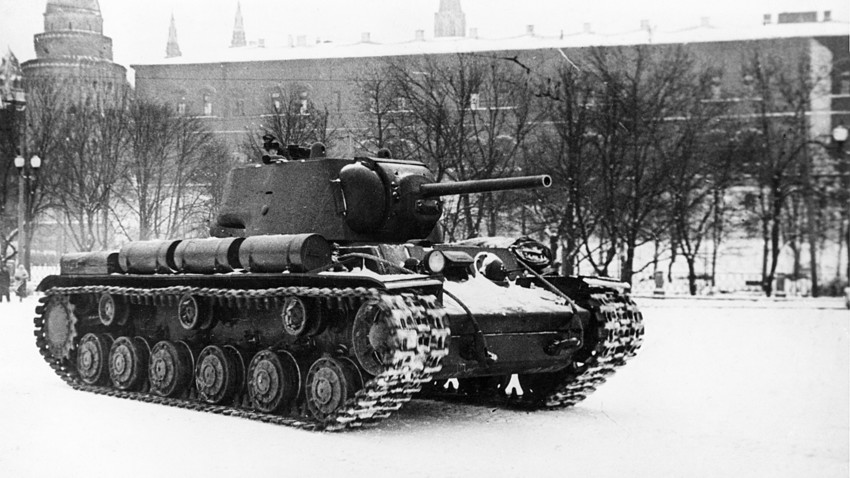 Getty Images
Despite the KV-1 heavy tank being able to withstand most German weaponry, poor technical characteristics was it’s Achilles heel during WWII.

After the launch of ‘Operation Barbarossa’, the Germans were shocked to realize that the Red Army had tanks they couldn’t do anything about. The KV-1 was invincible and no match for most of the Wehrmacht’s weapons.

Named after the Soviet People’s Commissar (Minister) for Defense, Marshal Kliment Voroshilov, the KV-1 heavy tank was designed shortly before the Soviet-Finnish war and had a baptism of fire during this conflict. This tank effectively resisted Finnish anti-tank weapons and artillery, however its 76-mm gun was useless in fighting against enemy pillboxes and bunkers. 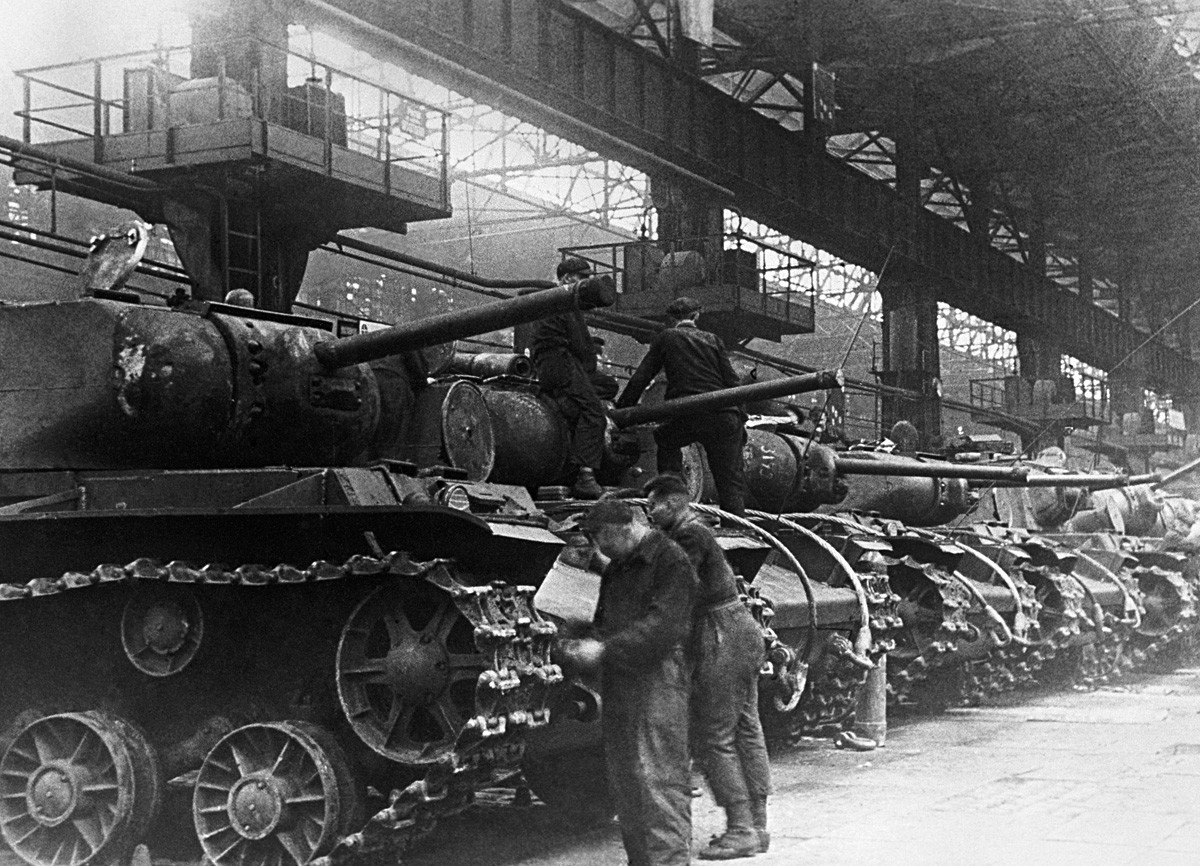 When the Wehrmacht invaded Soviet territory, over 400 KV-1 tanks were deployed to face the enemy. Neither German tanks, nor anti-tank artillery, couldn’t destroy these “Russian monsters” or “Ghosts”, as the Germans called them. The only way was to allow a KV-1 come closer than 500 meters, which was akin to suicide. 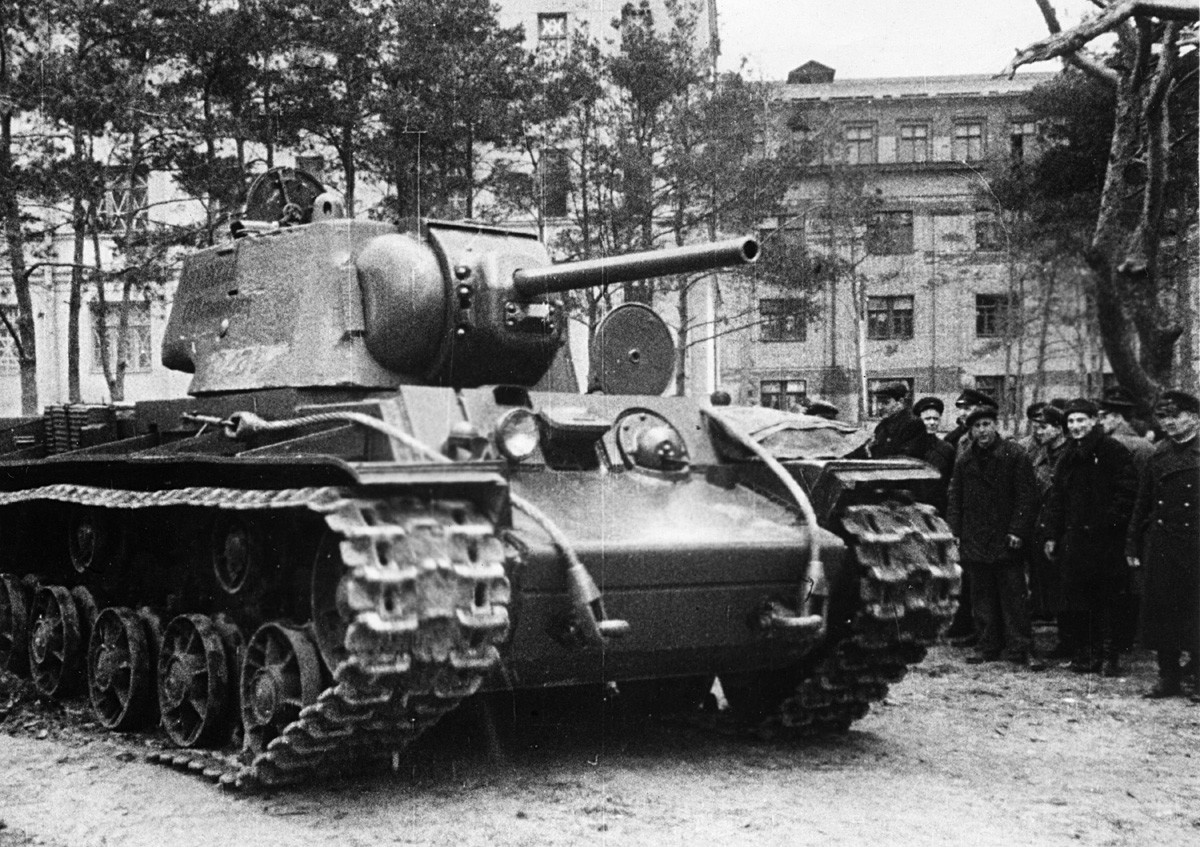 The most effective measure in the fight against KV-1 tanks were 88-mm anti-air guns, able to fight the “ghosts” over long distances. Another resultative, but rather complicated, way to deal with them, was to avoid a direct clash and call in air force support. 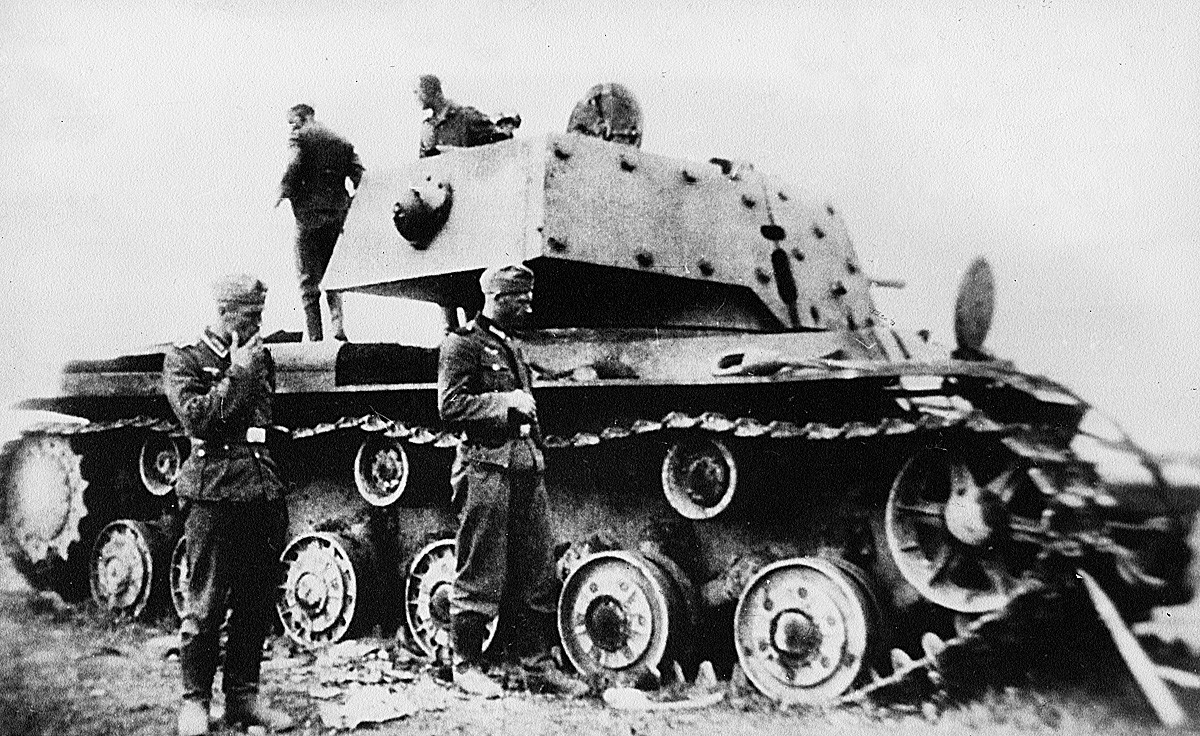 Early periods of the war were marked with many episodes of the heroic deeds by KV-1 tanks and their crews. Thus, in June 1941, near the Lithuanian city of Raseiniai, one such tank engaged in a battle with the whole German 6th Tank Division. Suddenly, appearing in the rear of the enemy, it ran out of fuel and simply stopped in the middle of the road, cutting all the division’s communications and traffic. After destroying 12 supply trucks and several 50-mm anti-tank guns, it paralyzed the enemy for 24 hours, surviving all attacks, with only the 88-mm anti-air gun that could deal with this “Russian monster”. 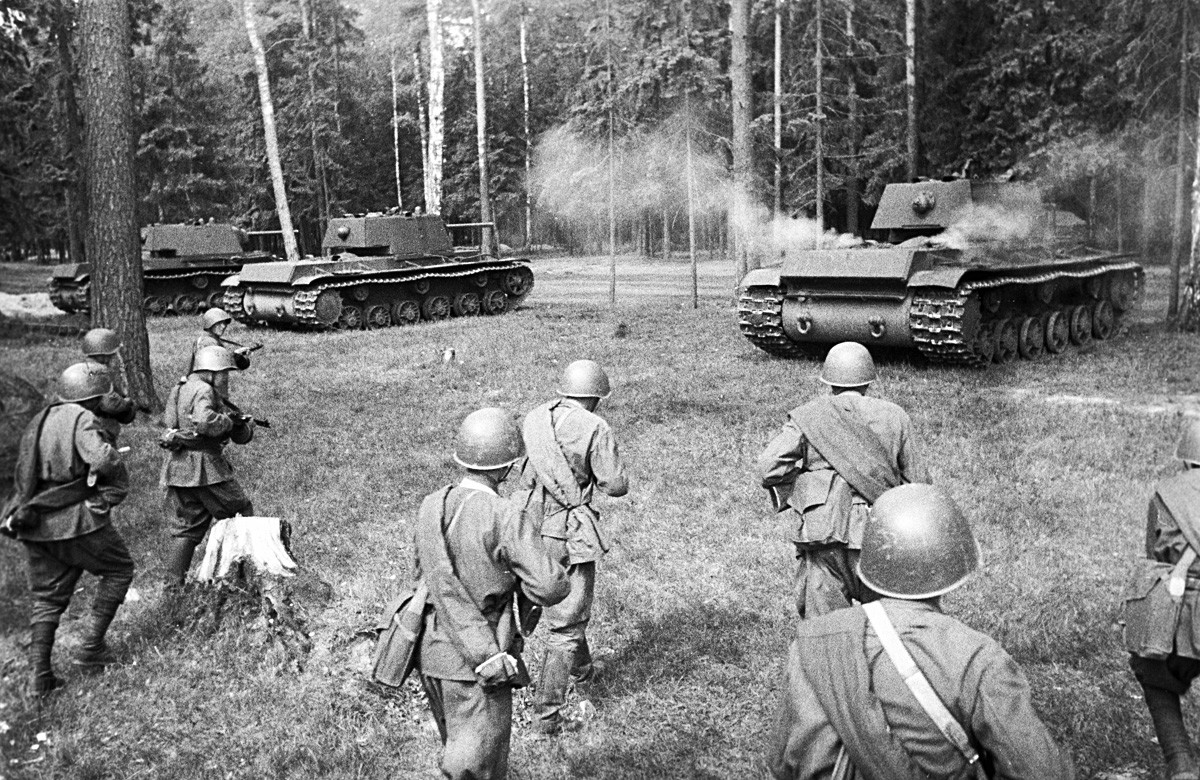 However, the KV-1 wasn’t destined to become the best tank of World War II. While perfectly-armored, it was completely technically unreliable. A raw, unfinished design, poor quality of the transmission and shoddy air filter often meant that some tanks didn’t even reach the battlefield and would keep stalling. Some crews were even forced to abandon the broken down tanks. 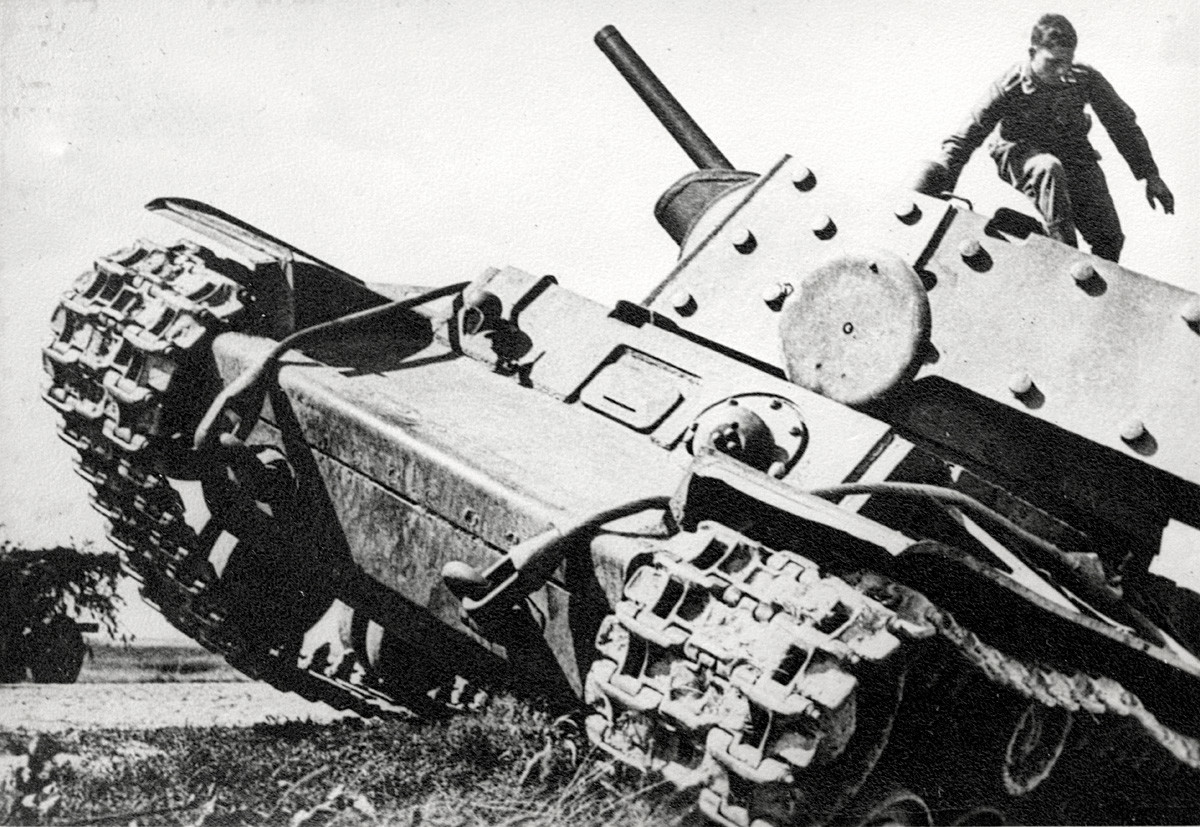 The huge KV-1 tanks were also a true menace for roads and bridges. After the 45-ton-weight “monster” crossed these surfaces, it was almost impossible for other military equipment to follow in its path. 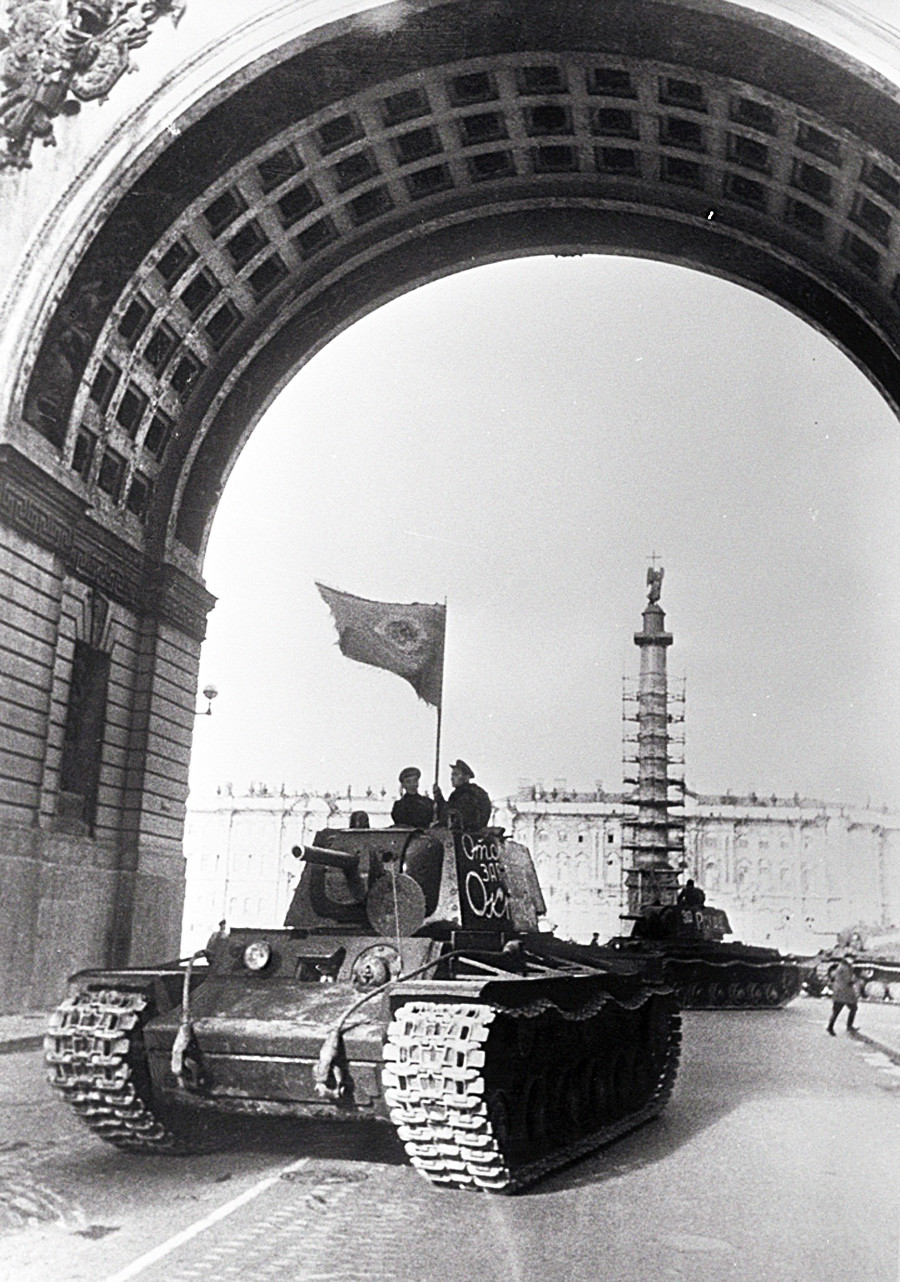 Soviet designers tried to fix all these weaknesses and in spring 1942, a modernized version - the KV-1S - appeared. It was lighter (just 42,5 tons) and had slightly thinner side armor (60 mm instead of 75 mm). Despite this, it still remained impenetrable to enemy fire while outperforming its predecessor in speed - 45 km/h instead of 35 km/h on the road. An improved transmission also gave it more reliability. 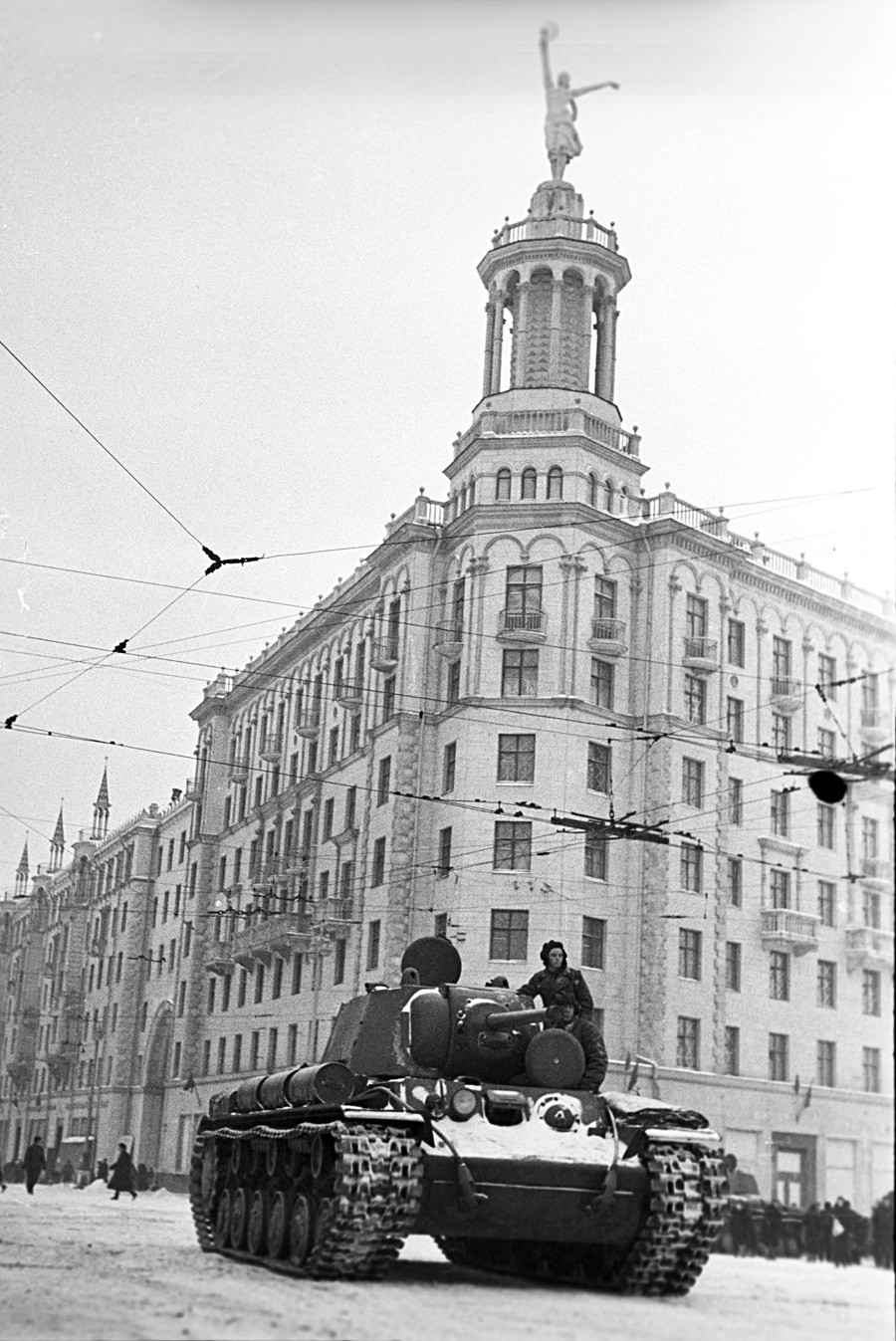 However, all these preparations were in vain. In late summer 1942, the Wehrmacht began to use its heavy Tiger tanks, en masse. They instantly made the KV tanks obsolete. Thus, during one short fight near Leningrad, three Tigers easily destroyed 10 KV-1S tanks, without a single loss among their ranks.

Production of the KV (namely its latest modification, the KV-85, armed with a 85-mm gun) was seized in 1943. And then the Kliment Voroshilov tank gave way to the new Joseph Stalin tank (IS). The most armored and deadliest Allied heavy tanks of WWII, a “hunter of cats” (Panthers and Tigers), IS tanks became the weapon, that finally finished off Nazi Germany. 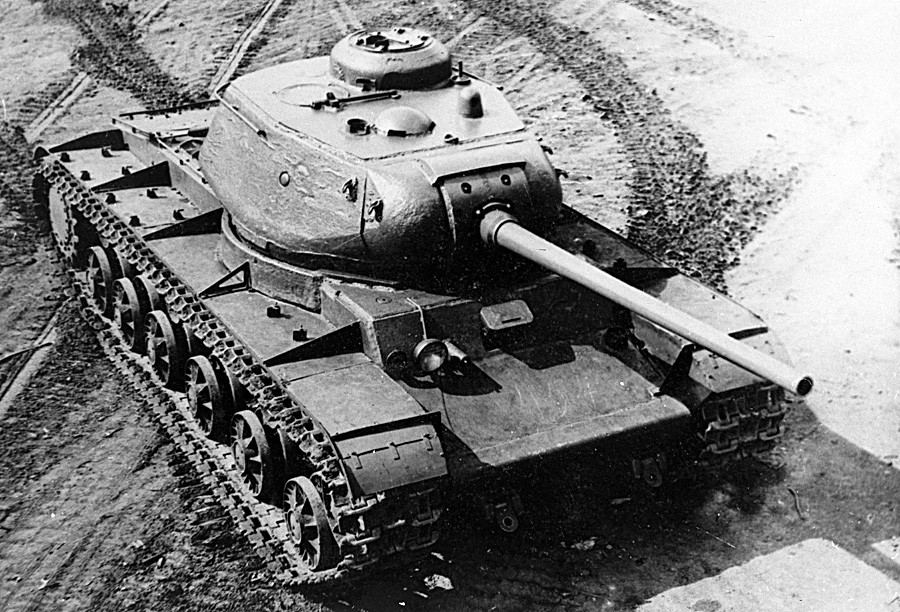