Why the Nazis were terrified by Stalin’s sledgehammer (PHOTOS) 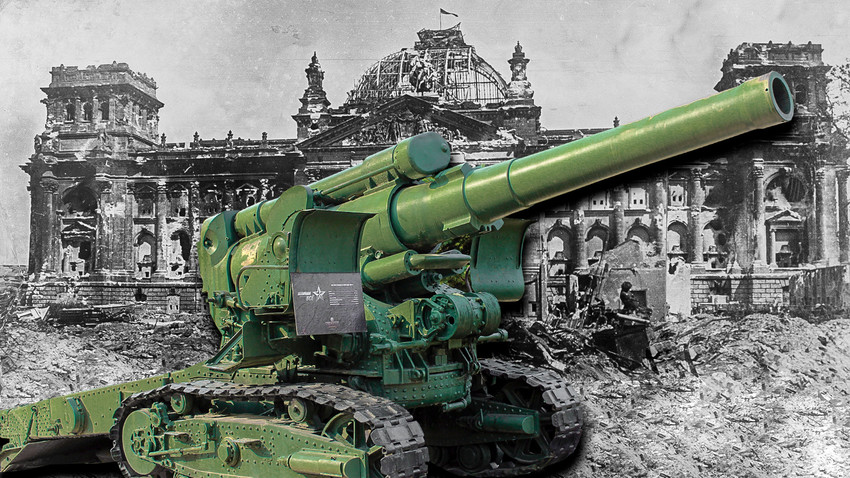 MrYantit; National Museum of the Mari El Republic named after T. Evseev
These howitzers easily destroyed pillboxes and houses. They were even able to create a local nuclear apocalypse in the post-WWII era.

This was one of the deadliest artillery weapons in Soviet history. The 203mm B-4 towed howitzer could turn enemy fortifications to dust at a distance of up to 16 miles. 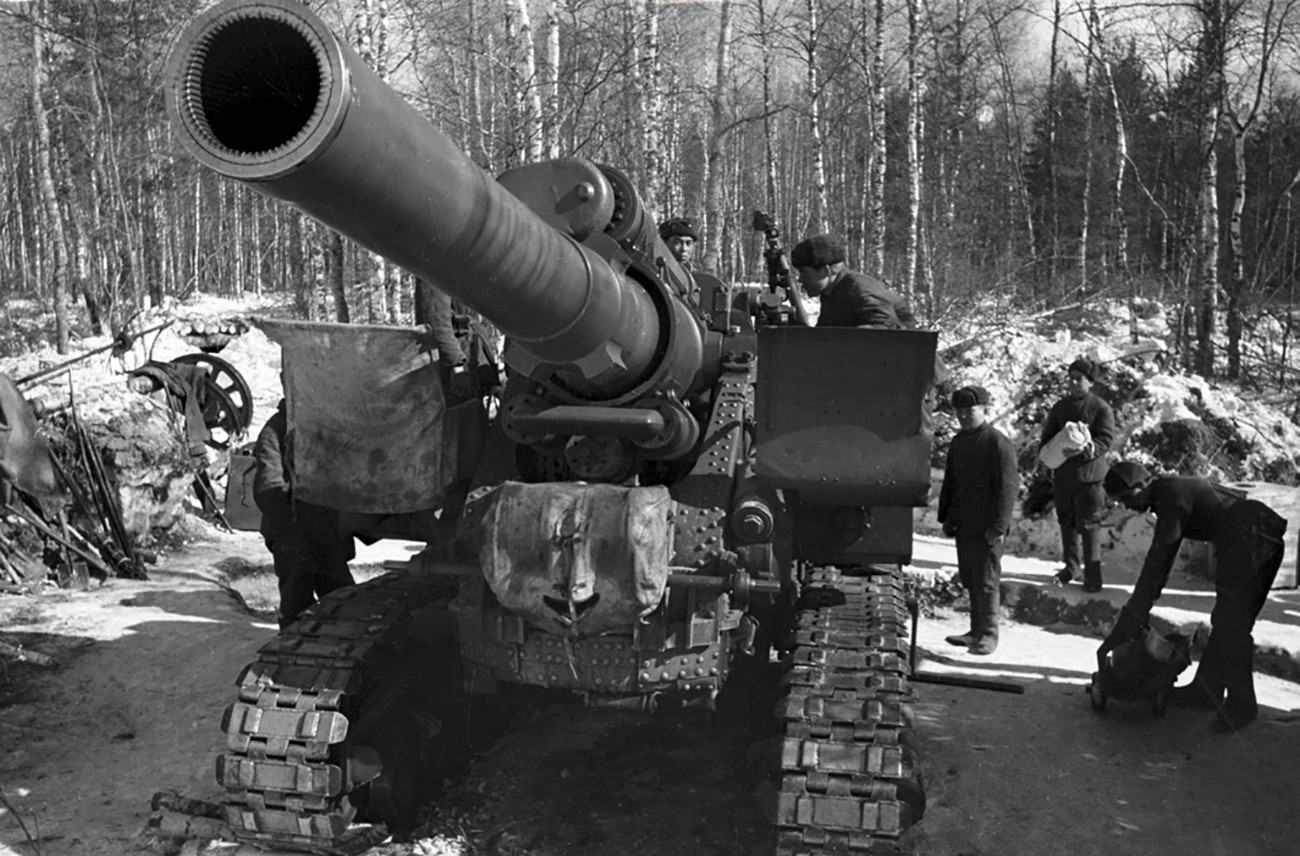 Introduced in the early 1930s, the B-4 underwent its baptism of fire during the Winter War against Finland in 1939. Firing on the Mannerheim line, the howitzers easily destroyed smaller pillboxes. Nevertheless, it demanded two precise hits in one place to effectively destroy the large well-protected fortifications - the ruins of which can still be seen to this day. 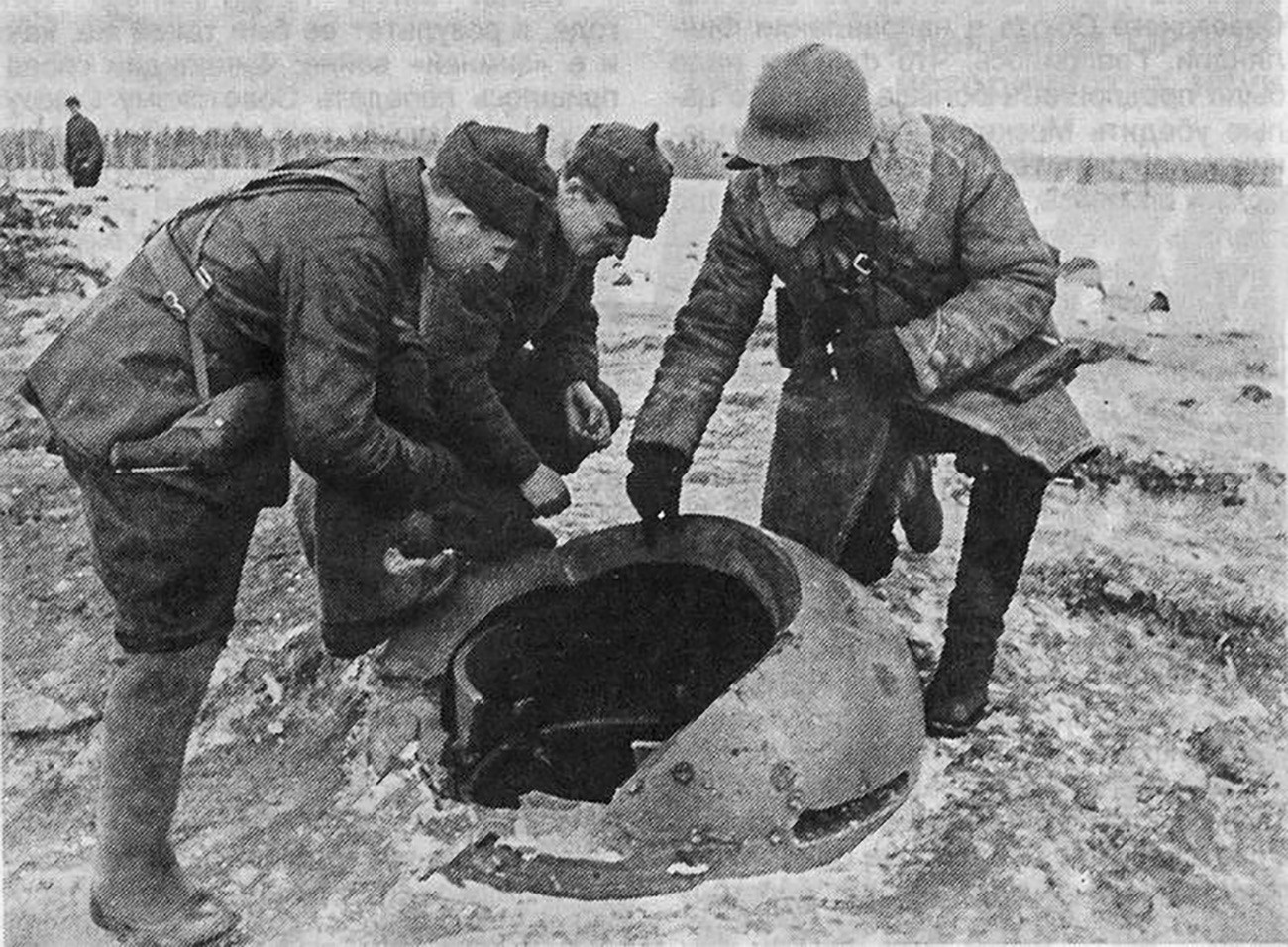 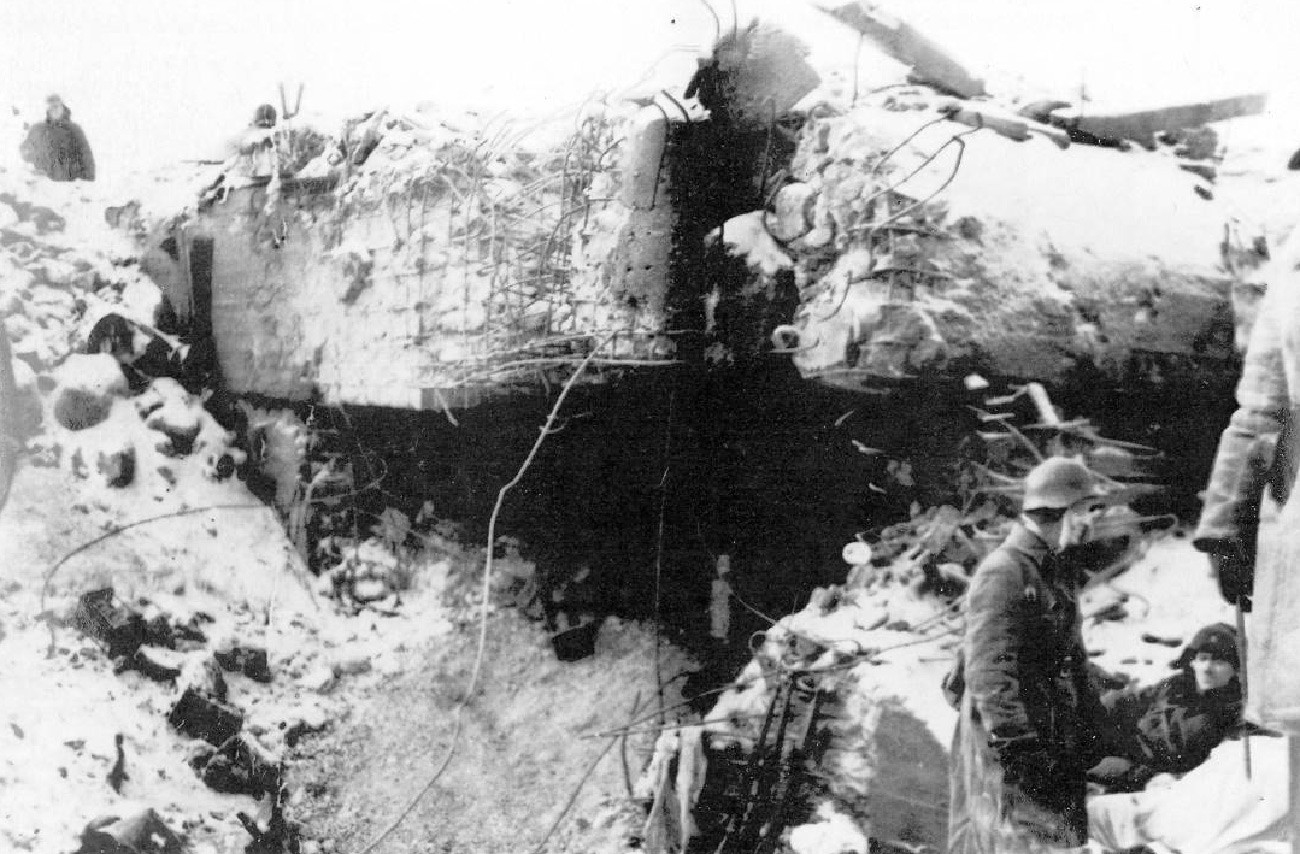 Germans had another name for the B-4 - “Stalin’s sledgehammer.” However, the fear of  the powerful Soviet howitzer came really only fully appeared at the end of the war. In 1941 when the Nazi invasion, Operation Barbarossa was launched, was not the finest hour for the B-4. 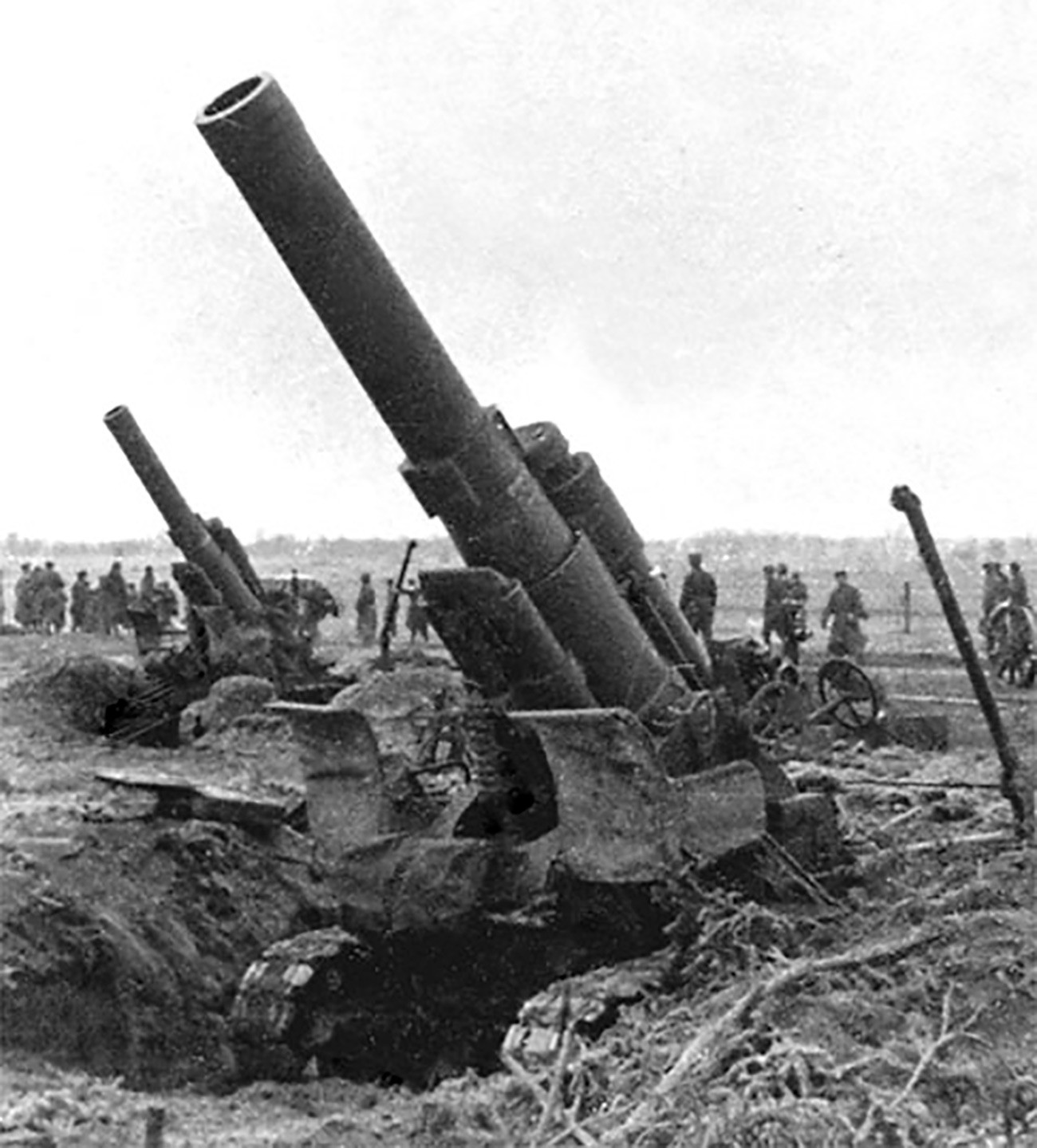 During the catastrophic retreat of the Red Army in 1941, the howitzers did not have the chance to be deployed. Most of them were evacuated eastwards, except for 75 guns, which were either spiked by the retreating army or fell into enemy hands. The Germans put some of those still operational into service. 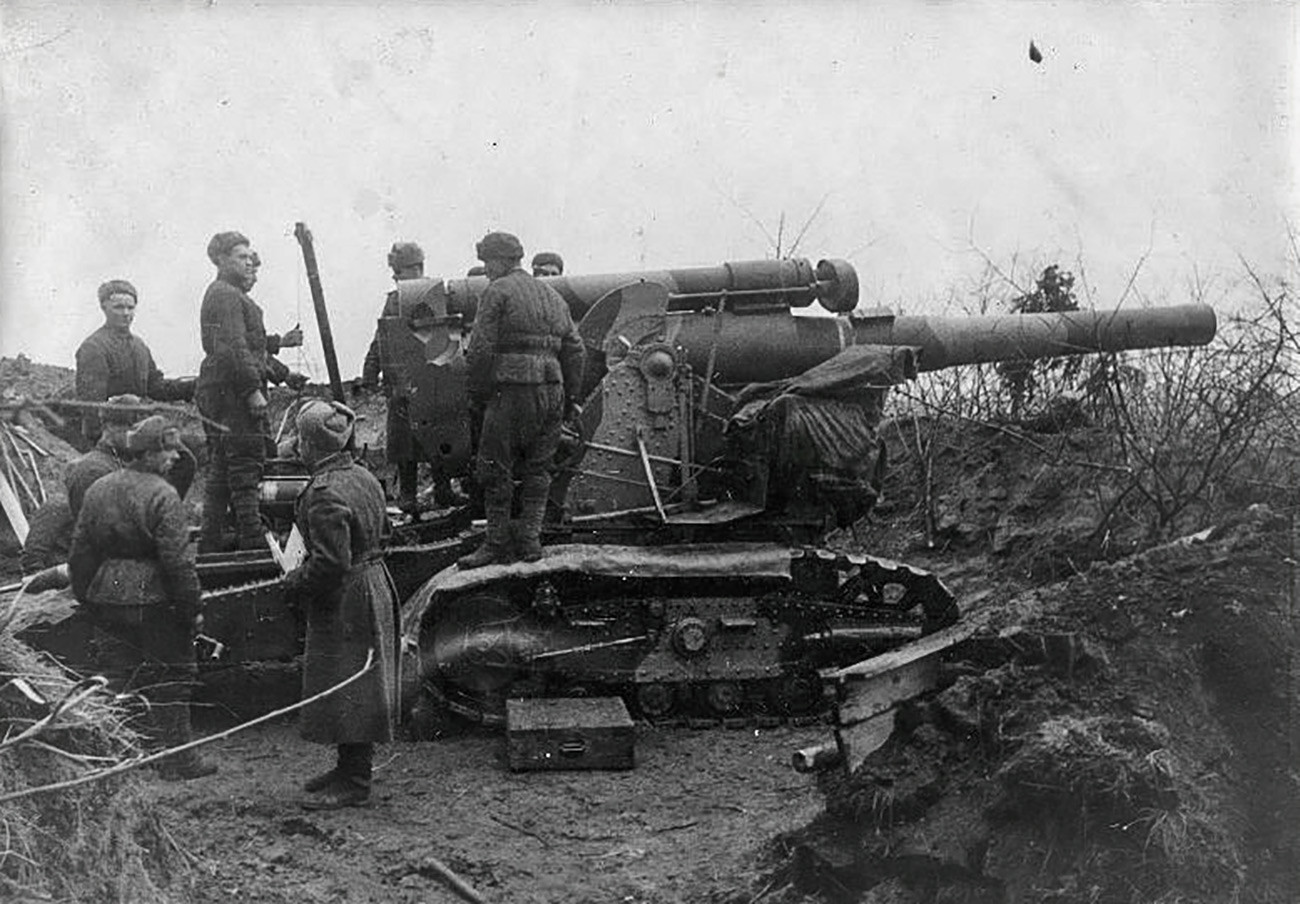 When the wartime tide turned, the B-4 was back in business. They were used not only as siege pieces, but against enemy armour as well. During the Battle of Kursk in 1943, a well-protected Elefant tank destroyer was completely destroyed by a direct hit by a “Stalin’s sledgehammer.” However, such hits were rather rare. 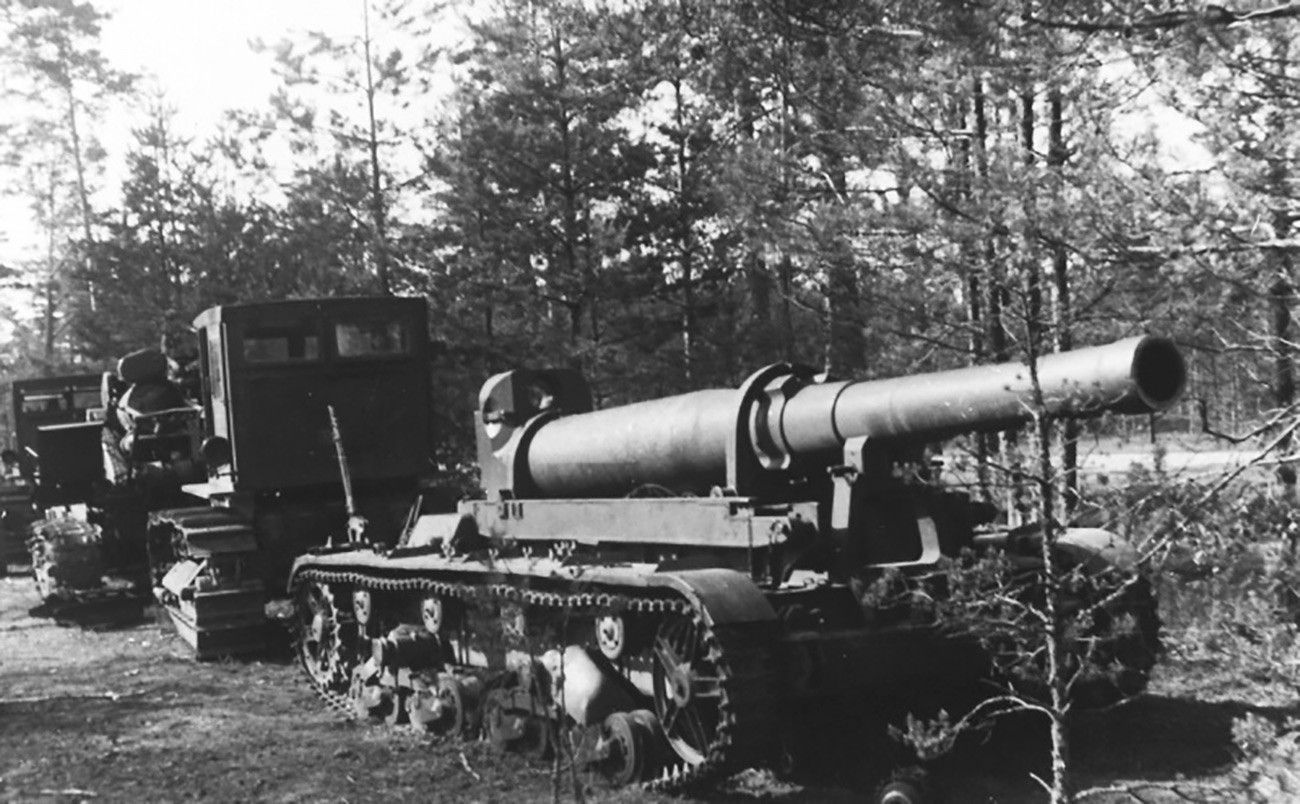 38 B-4 howitzers took part in the Battle for Berlin. At the crossroads of Lindenstrasse and Ritterstrasse, one gun totally obliterated a heavily fortified house with six hits. Before that neither artillery, no tanks or infantry could do anything about it. 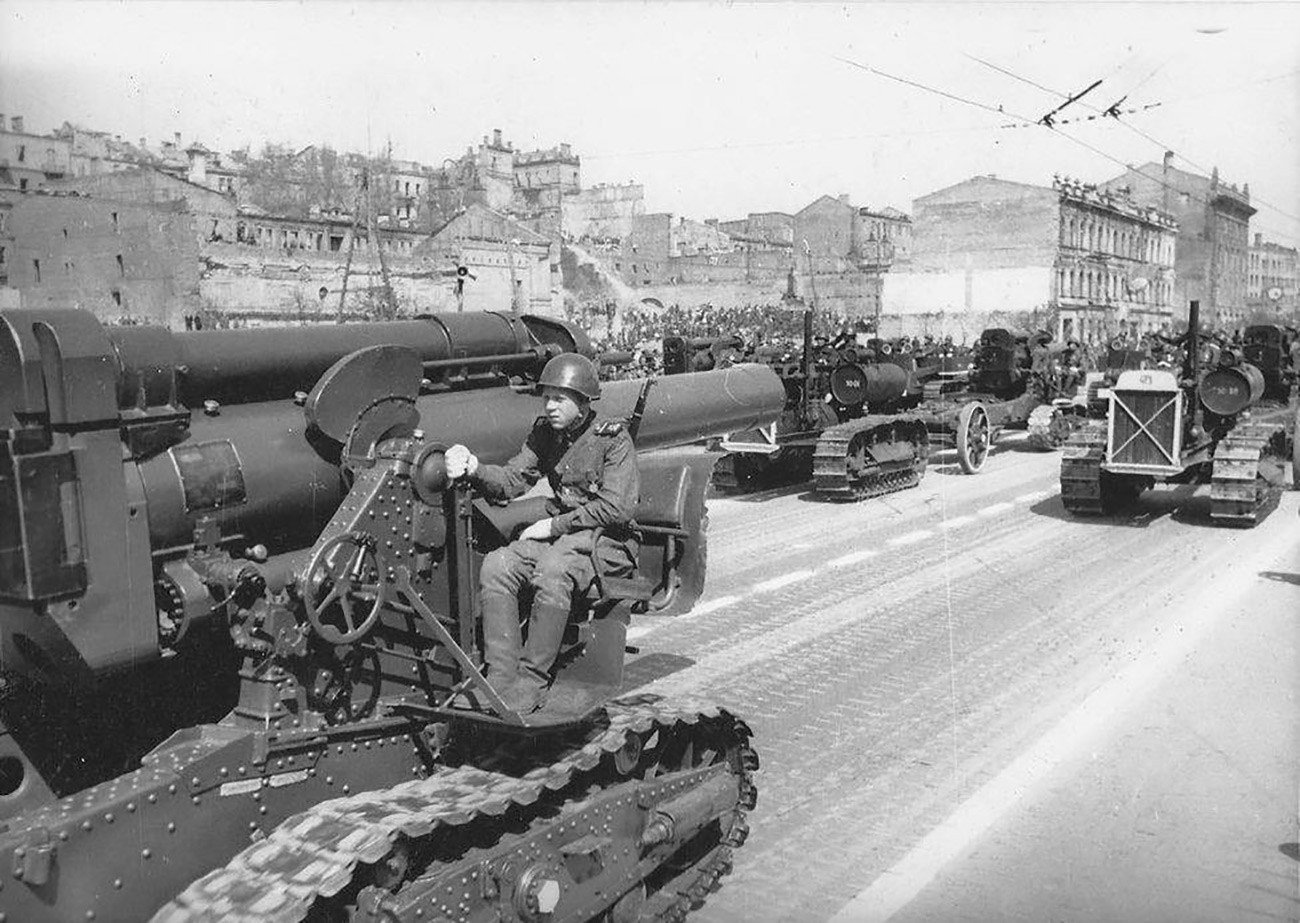 However, not everything could be handled by “Stalin’s sledgehammer.” The huge Zoo Tower was one of several flak towers that protected the German capital from Allied bomber raids. Despite hard work, the howitzers were able to only destroy one corner, while the garrison surrendered only after the Third Reich’s capitulation. 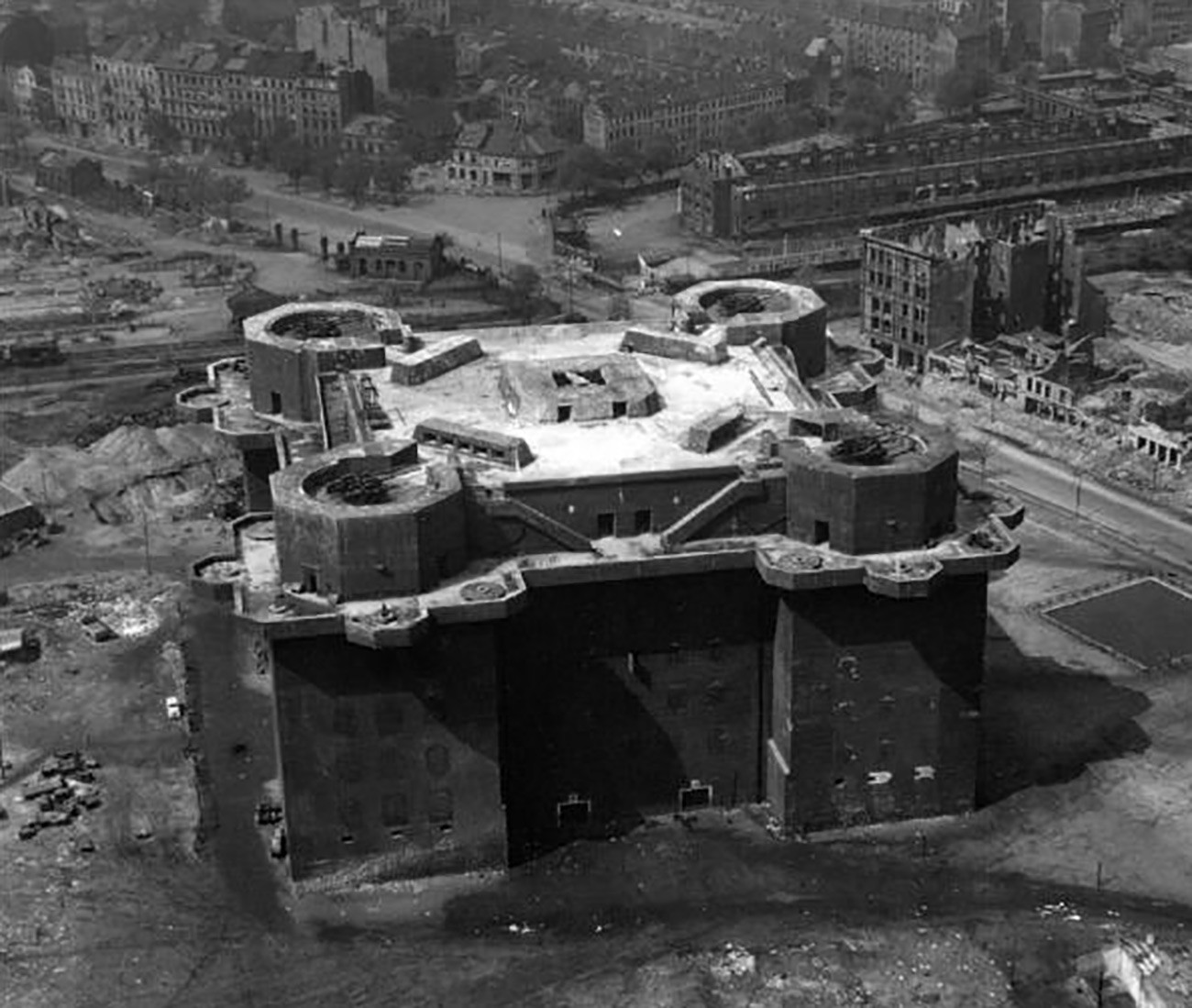 In post-war times, the B-4 was mounted on wheels. This made the artillery gun faster and more maneuverable. It also took less time for the crew to prepare the howitzer for firing. 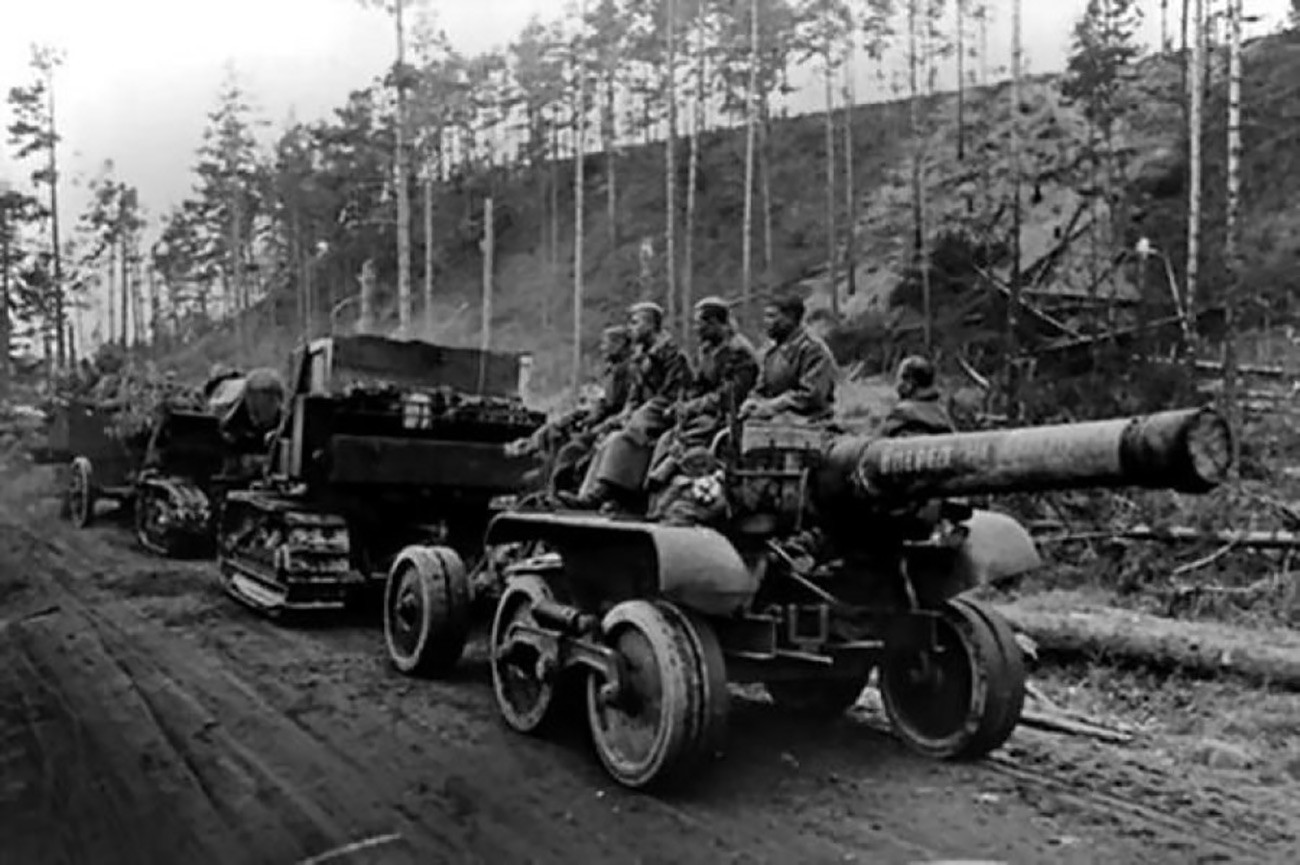 In 1964, the B-4 was armed with nuclear shells and became part of the Soviet Union’s nuclear arsenal. Soon after, the history of “Stalin’s sledgehammer” came to an end - in the 1970s the glorified artillery gun was replaced with more advanced models. 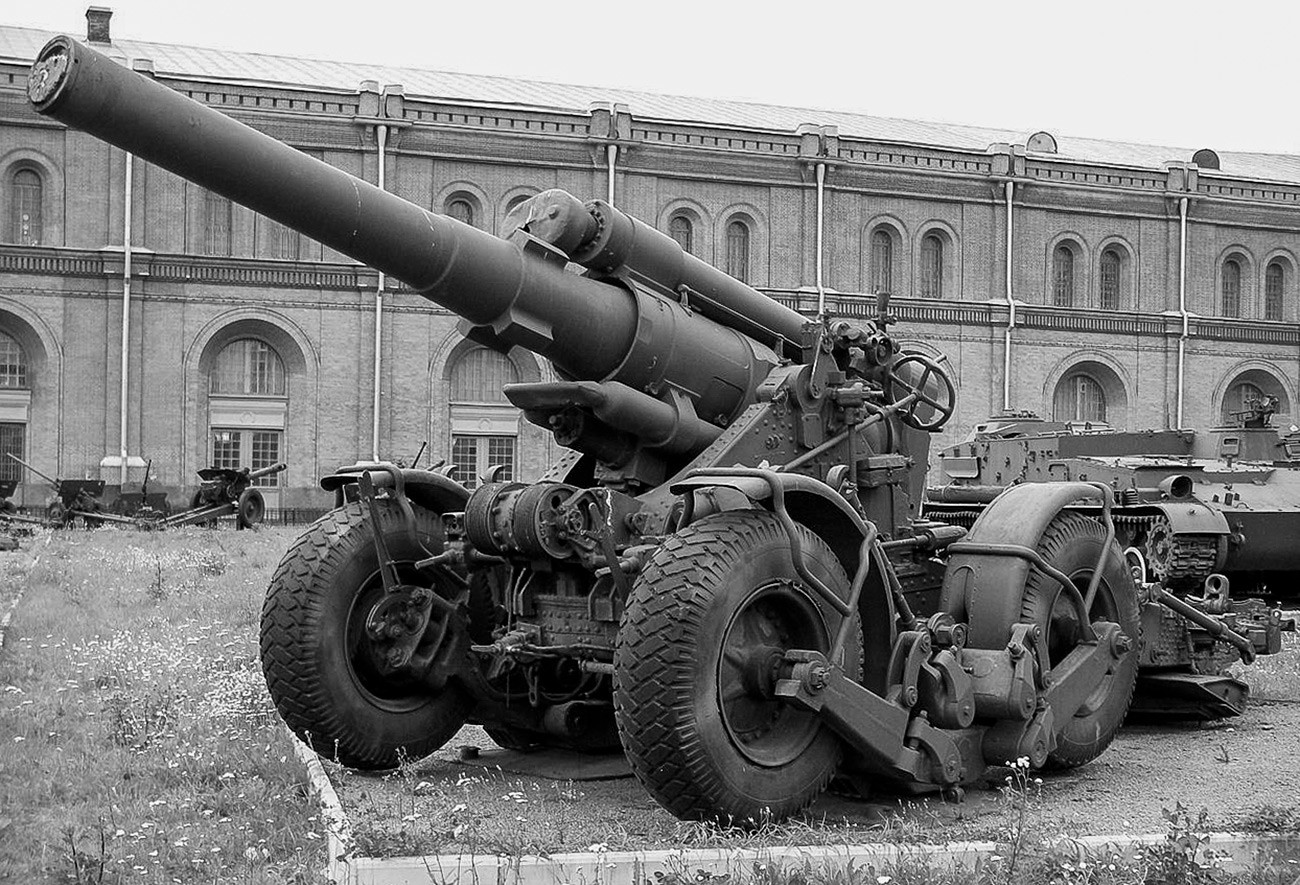