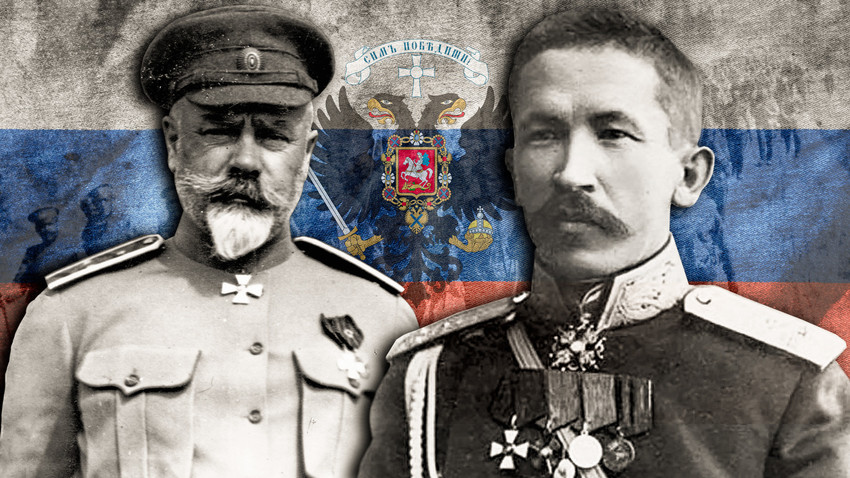 Getty Images; Pixabay; Public domain
Had they been luckier or more skillful, they could have become Russia’s leaders in the 20th century, if they had defeated the Bolsheviks. But history turned out differently.

Not all Russians welcomed the October Revolution of 1917 when the Bolsheviks seized power in a starving country that was exhausted by World War I and shattered by internal contradictions. Many shared the viewpoint expressed by a woman who writer Ivan Bunin quoted in his diary, Cursed Days: “Who benefitted from the Bolsheviks [coming to power]? It became only worse and first of all for us, the common folk!”

Some of those unhappy with the communists confronted them with weapons in their hands as part of the White Movement (as opposed to the Bolsheviks' Red Army) during the Civil War, which broke out in 1918. The brutal conflict lasted until 1922 and consumed about 10 million Russian lives.

The Whites lost, but their leaders and heroes did their best to fight for what they believed in. What became of these men? 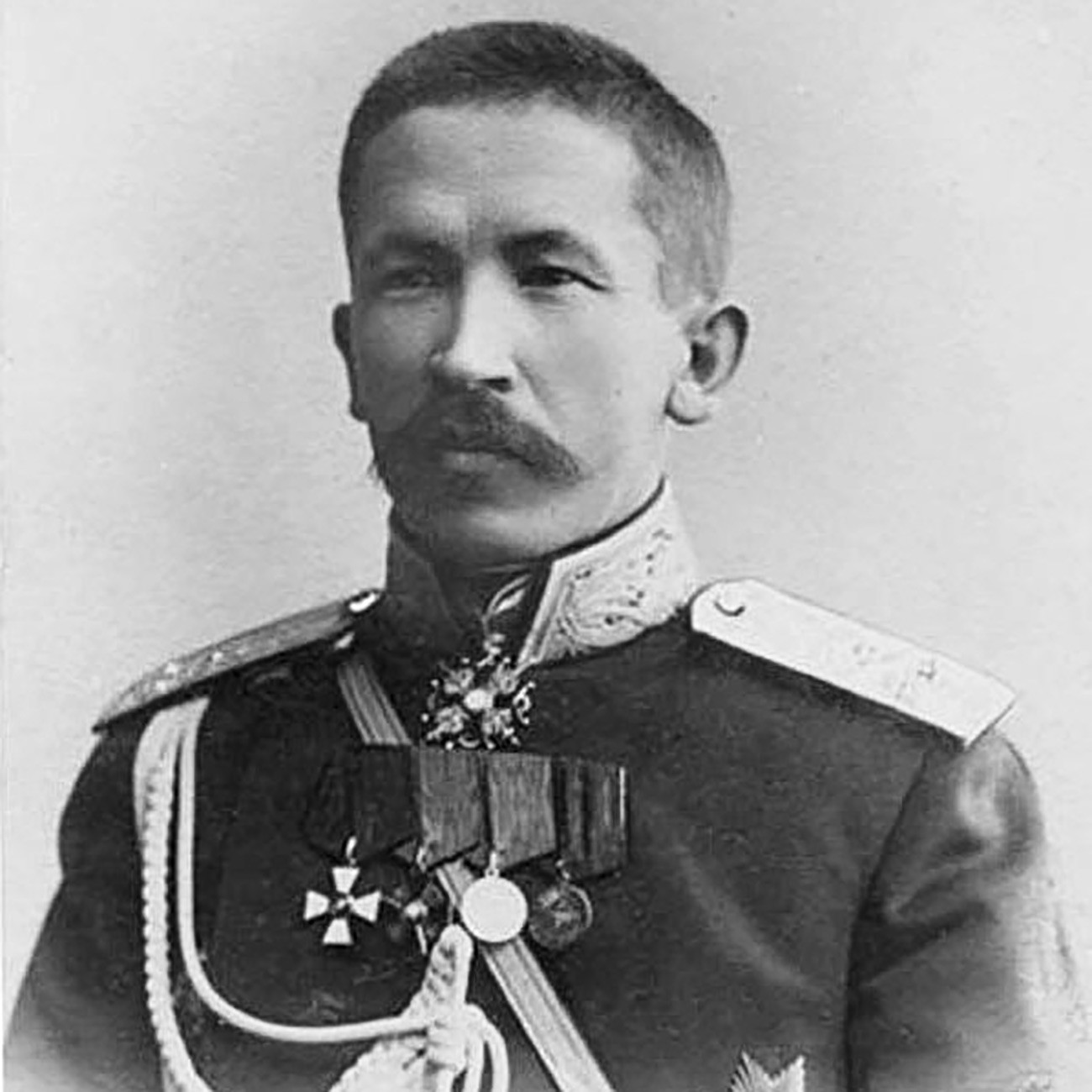 Supreme Commander-in-Chief of the Russian army in July 1917, General Kornilov had a chance to get rid of the Bolsheviks even before they seized power. While the political debates were still raging, he led his troops from the front to Petrograd, eager to arrest Vladimir Lenin and other Bolshevik leaders.

‘The Kornilov Affair’ failed: the roads to the capital had been blocked, and the soldiers of the garrison that remained loyal to the moderate government arrested Kornilov and his staff.

“He spent most of his life fighting for Russia, its greatness, happiness and glory and he had no time to think about the pros and cons of any political system,” Kornilov’s adjutant recalled. “He loved only the state itself, which had a mystical, almost divine sense for him.” Considering the Bolshevik traitors who undermined Russia’s unity, Kornilov decided to fight them ruthlessly.

Like many anti-Bolsheviks (ranging from monarchists to moderate socialists), Kornilov made it to the Don River in the south where one of the first White military forces, the Volunteer Army, was formed.A World War I hero and an undoubted authority, Kornilov took charge of this movement.

“[During the first battles] Kornilov showed the best skills of a commander. He was always with his people, personally leading each battle,” his biographer writes. Eventually, this killed Kornilov: in April 1918 he was mortally wounded by a random grenade. Very early on, the White Army lost one of its best commanders. 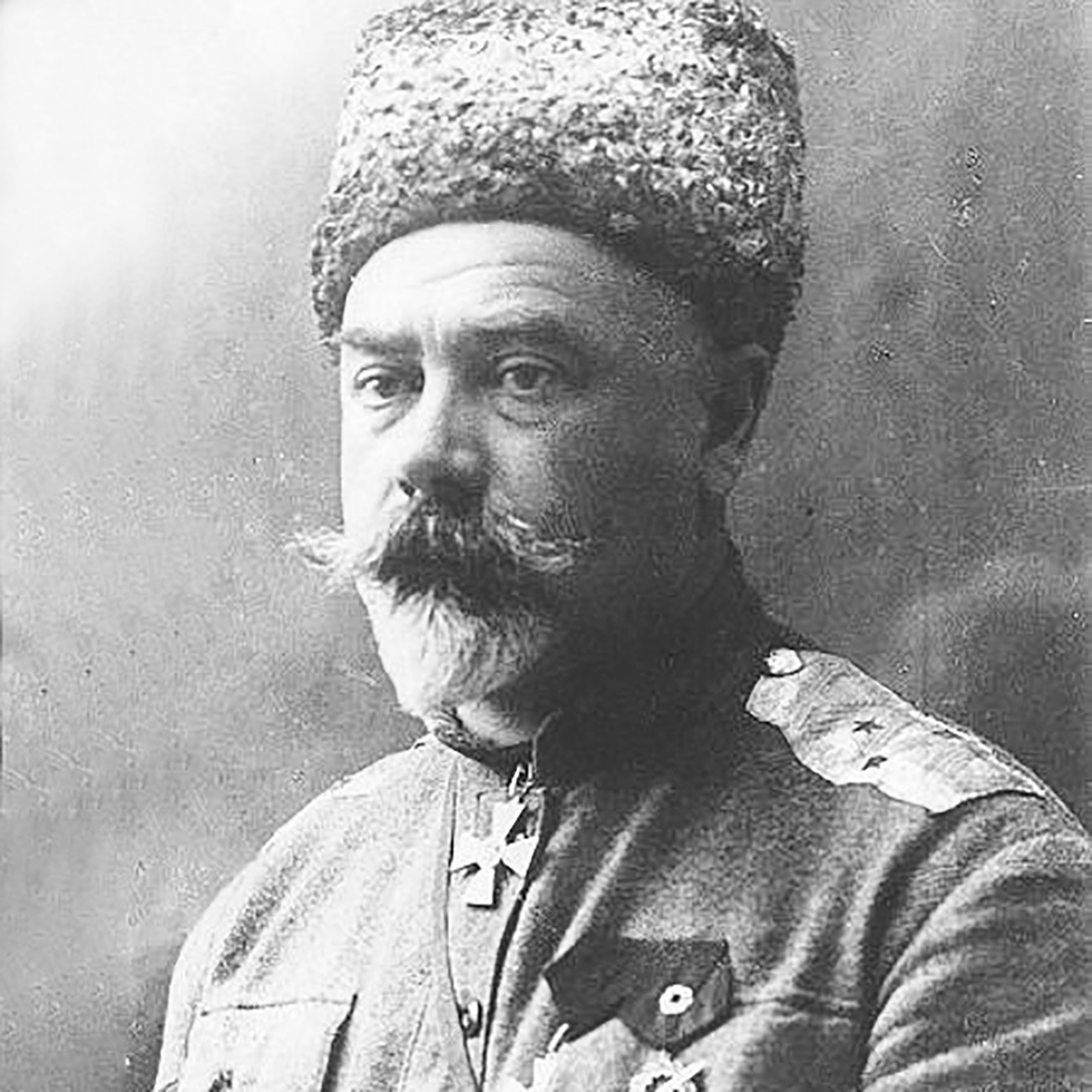 “I believed before, and I still believe that the fight against the Bolsheviks until they are defeated is necessary,” General Denikin once said. “Otherwise, not only Russia but all of Europe will turn into ruins.” As Kornilov’s associate, he took over command of the Volunteer Army after Kornilov’s death in April 1918.

Later, Denikin headed the Armed Forces of South Russia, which fought bravely against the Reds, capturing Crimea, Ukraine and a large part of southern Russia, reaching Moscow by October 1919. Nevertheless, the Bolsheviks managed to regroup their forces and defeat the White Army. Starting in winter 1919-1920, Denikin was on the retreat, losing one city after another, and finally he was forced to resign in April. He immediately left Russia on a British warship, and according to his memoirs, “with the feeling of deepest grief.”

As an émigré, Denikin led a quiet life, writing his memoirs. During World War II, already an old man, he bashed those White emigres who decided to side with Hitler in order to free Russia from the communists (this point of view was supported, for instance, by General Pyotr Krasnov): “You will spill… Russian blood, in vain, and Russia will not be freed [by the Nazis] but only enslaved more.” 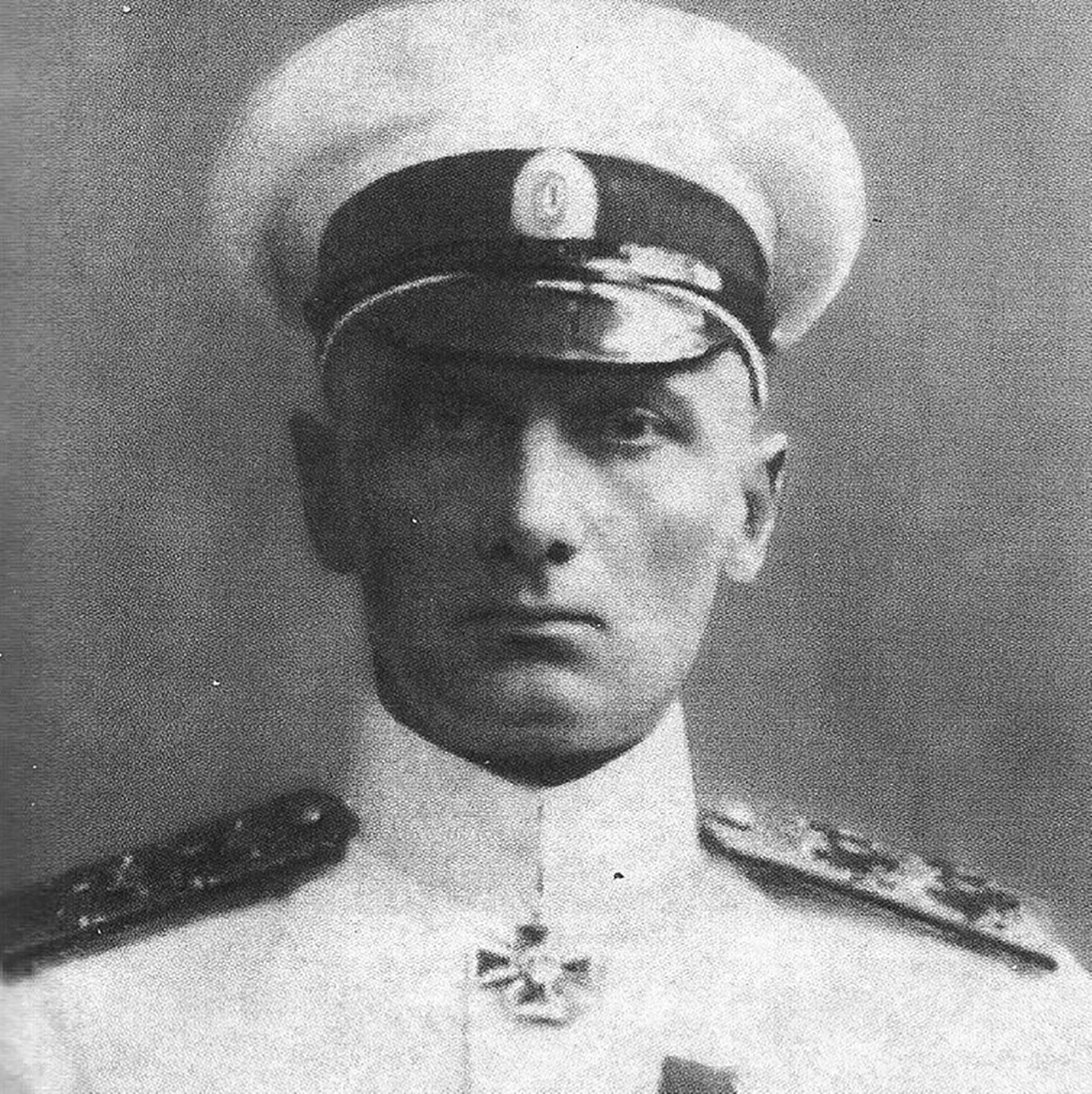 While Kornilov and Denikin were fighting in the south of Russia, Admiral Kolchak attacked the Bolsheviks in the Far East and Siberia. An Arctic explorer in his spare time, who fought in the Russo-Japanese War of 1904-1905 and headed the Black Sea fleet during World War I, Kolchak spent a year abroad after being forced to resign by the Bolsheviks (as he was a devoted monarchist). In September 1918, however, he returned to free his country from the “Red plague”. As we know, he didn’t  succeed.

Declared the Supreme Ruler of Russia, and recognized as the leader of the White Movement, Kolchak closely cooperated with foreign forces (British, French and Japanese).

“He has more grit, pluck and honest patriotism than any Russian in Siberia,” a British military advisor said of Kolchak, adding that his task “is being made almost impossible” by the lack of help from the allies.

In the spring of 1919, Kolchak united the anti-Bolshevik forces of Eastern Russia and struck hard, defeating the Bolsheviks and reaching the Volga region (not far from Moscow). But then the White Army, which lacked reserves (Kolchak used to say that “we have to tolerate people who don’t fit in the high positions they hold because we have no people to replace them”), started losing ground.

In the summer the Bolsheviks went on the offensive, and half a year later Kolchak’s armies were defeated. He was captured, tried and shot. 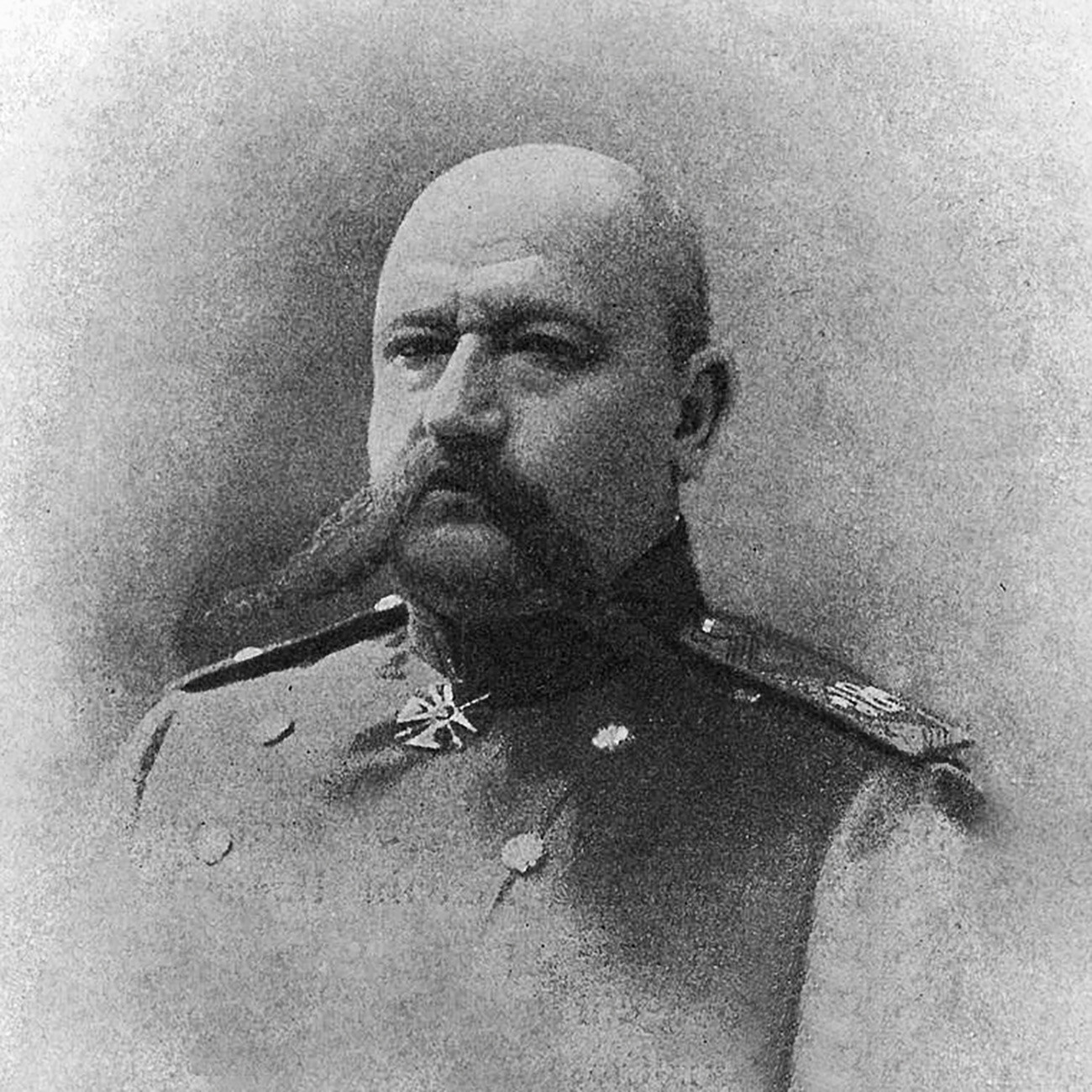 The Civil War left many brilliant military commanders looking rather inept, because they supported a lost cause. The life of General Nikolai Yudenich proves this point well. During World War I, he led the Caucasus front and practically destroyed the Turkish army, eventually earning the nickname, “the new Suvorov.” (Suvorov was the greatest military commander in Russian Imperial history, never losing a single battle).

Everyone adored Yudenich. One officer reported: “It’s unfortunate that people like Yudenich are not typical but exceptional in our army, but it’s this exception that attracts so much sympathy.” Nevertheless, during the Civil War he was unable to help. While leading the North-West Army, he attacked Petrograd (controlled by the Bolsheviks) in autumn 1919, just when the Red Army had concentrated all its forces in the south, fighting against Denikin.

The chance of the Reds losing the capital to Yudenich seemed very real. But Leon Trotsky, the military minister of the Bolshevik government, managed to mobilize all his forces and defeat Yudenich, whose army was relatively small (just 20,000 men against 60,000 Reds). Arrested by former allies, the Estonians, while his army was retreating, Yudenich was forced to stop fighting and leave Russia for good, living in immigration for 14 years until his death. 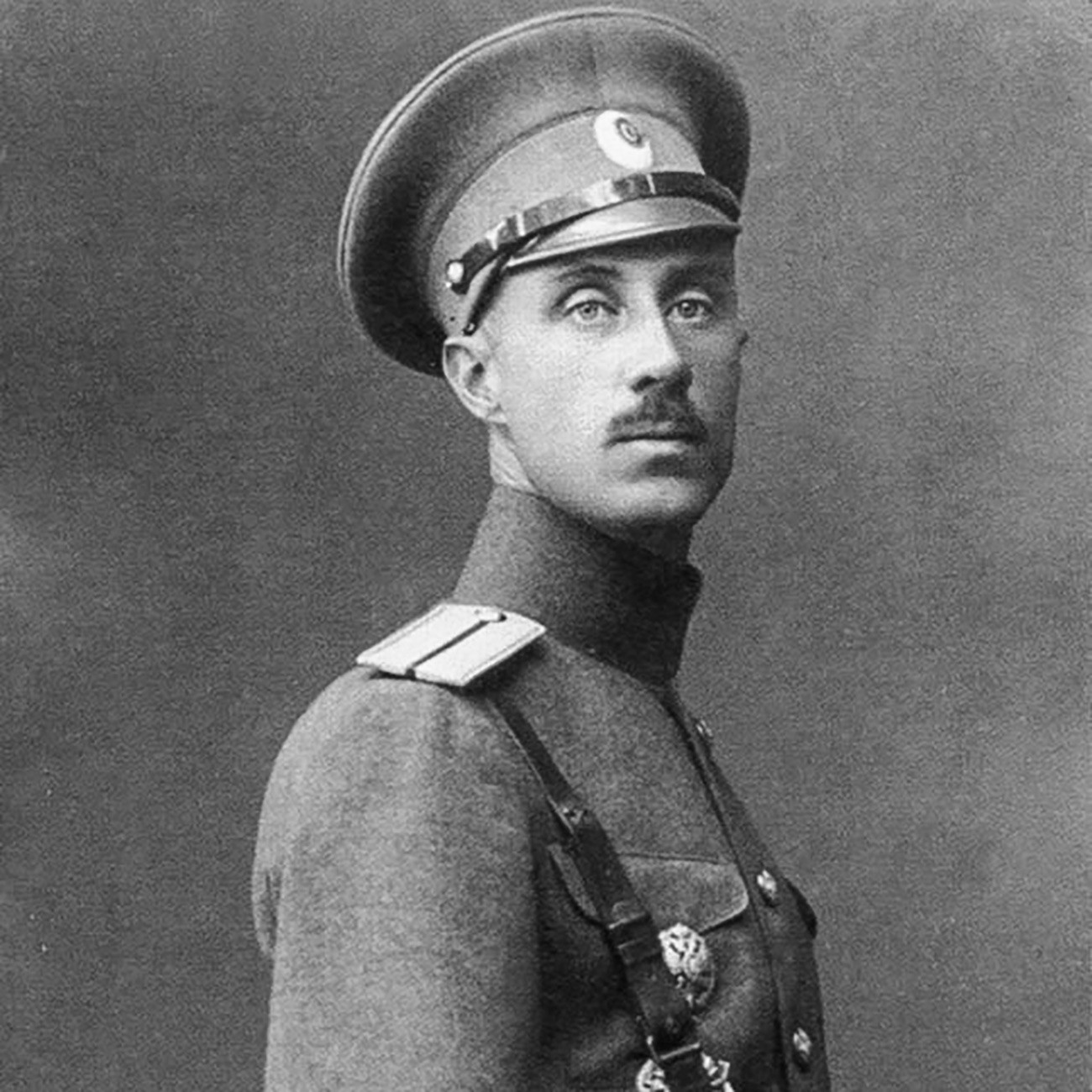 General Wrangel, nicknamed ‘the Black Baron’ because of his noble origins and black outfits, stepped into the highest ranks of the White Army in 1920 after Denikin lost several battles and was forced out of the high command. By that time, the White Army had only Crimea under their control, and it was surrounded by the Reds.

Wrangel was both defacto political and military leader, ruling all the territory controlled by the Whites. “There is only one kind of power in a fortress besieged – military power,” he wrote. At the same time, Wrangel did his best to correct his predecessors’ mistakes, gaining  more supporters for the White cause: he worked on agrarian reform, promised national autonomy to ethnic minorities, and much more.

Unfortunately for the Whites, Wrangel inherited power when the war had basically already been lost. His army managed to hold off the Bolsheviks for a while, not letting them into Crimea, but in November 1920 the Reds broke through the White defenses and that was the end. Wrangel organized the evacuation of his forces quite well, helping around 100,000 people to leave Russian shores for good. In 1928, he died of tuberculosis in Belgium.

Read more: 3 most famous Russian revolutionaries who turned the country upside down