Could a Soviet citizen buy a car? 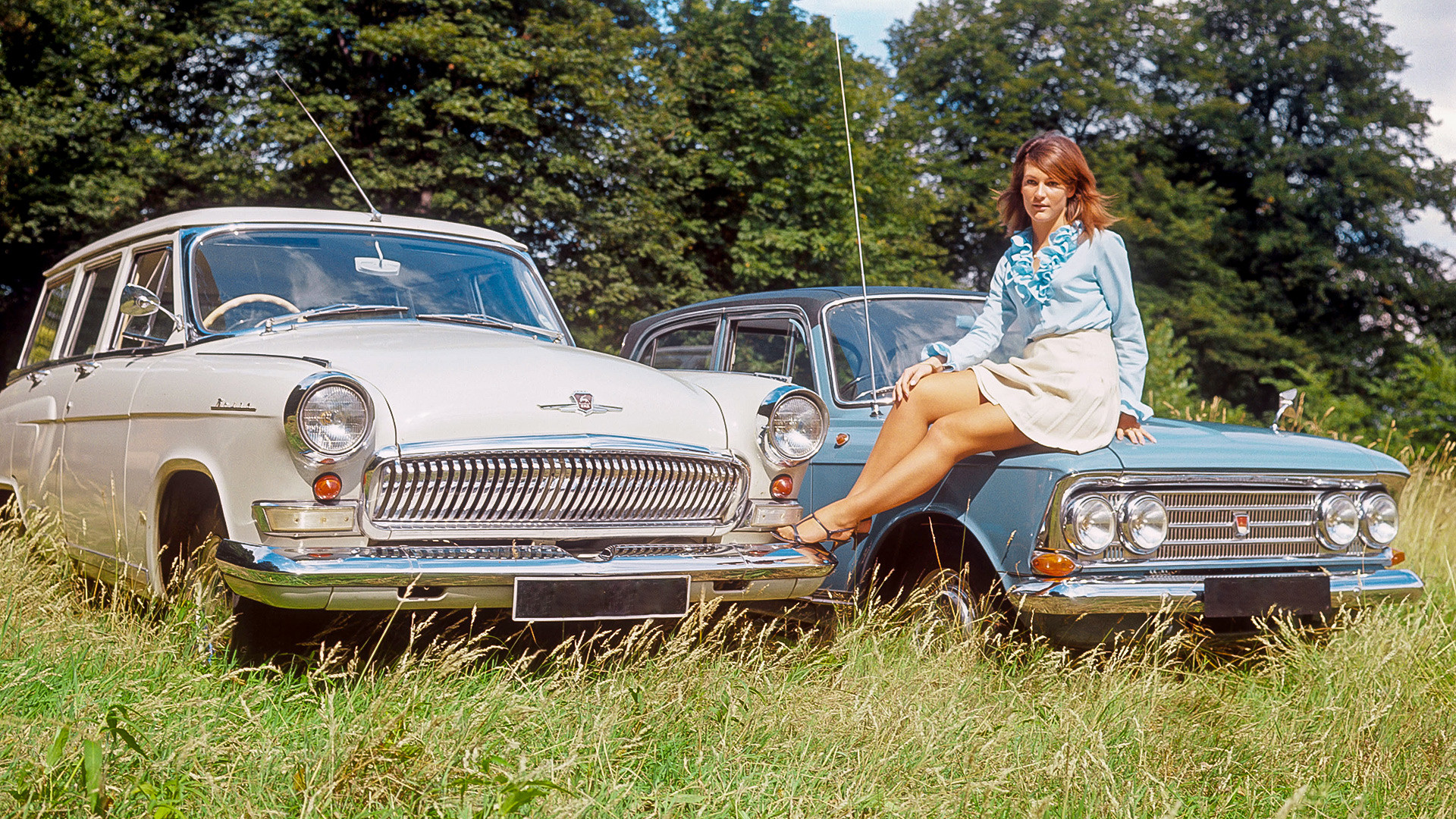 Viktor Budan/TASS
Private cars were rare in the Soviet Union even though manufacturers could produce as many vehicles as needed. So what kept Soviet citizens from getting behind the wheel?

There were many automotive plants in the USSR, but getting a car was not just a matter of having the money. Some people even believe production was deliberately limited for fear that car ownership would give the Soviet people too much freedom. 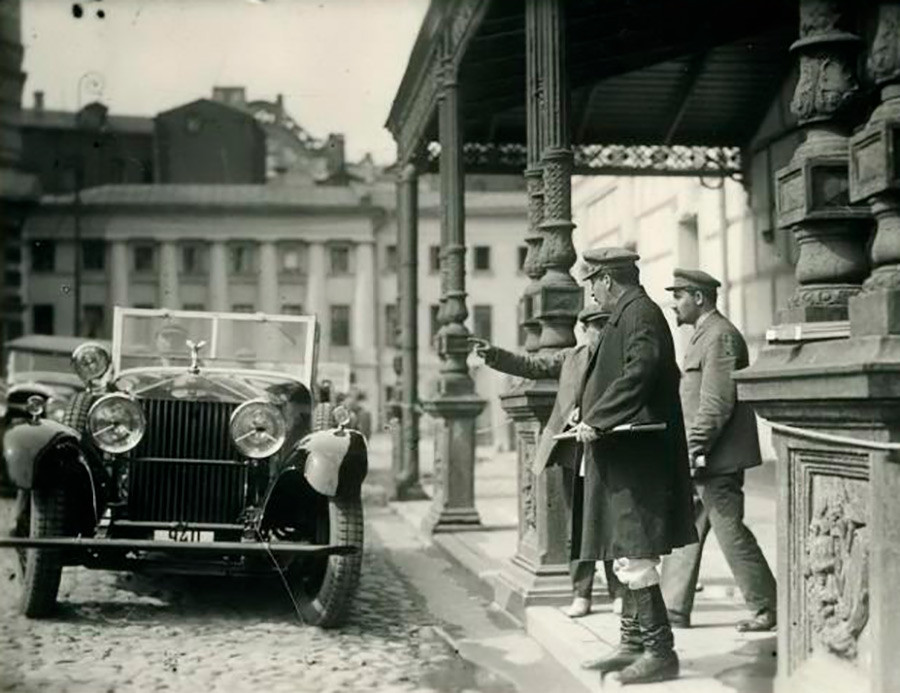 Moscow, 1930. Stalin near the Bolshoi Theater. On the left: Rolls-Royce and Buick from the Special Purpose Garage.

In the early years of the Soviet Union, Russian domestic automobile production was poor at best. The country mostly just had "nationalized" foreign cars—including vehicles from the imperial garage—that were used for official purposes. Although it was no more difficult than now to get a driving license and driving schools were opening up all over the country, purchasing a private car was seen as something extraordinary. 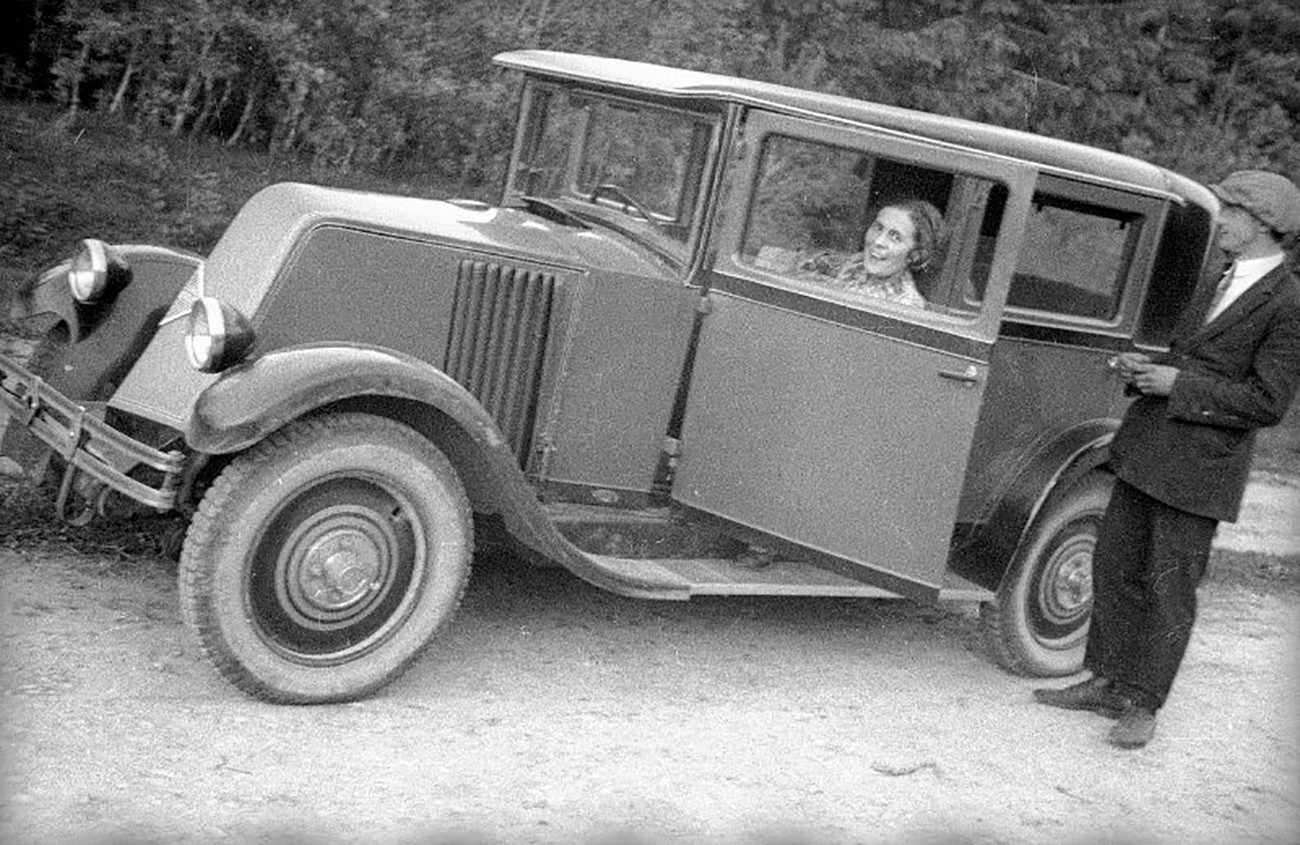 Poet Vladimir Mayakovsky was one of the first Soviet citizens to own an automobile. In 1928, with permission from the USSR Commissariat for External and Internal Trade, he brought a Renault NN from France for his mistress Lilya Brik. Mayakovsky himself didn't actually drive, but Brik wanted to very much and became first woman in the Soviet Union to obtain a driving license. She was joined a few years later by opera singer Antonina Nezhdanova, who got a Ford A in 1931, and film star Lyubov Orlova, who had a Packard-120. Of course, to buy a foreign-made car one had to go abroad since there were no car dealers in the USSR. 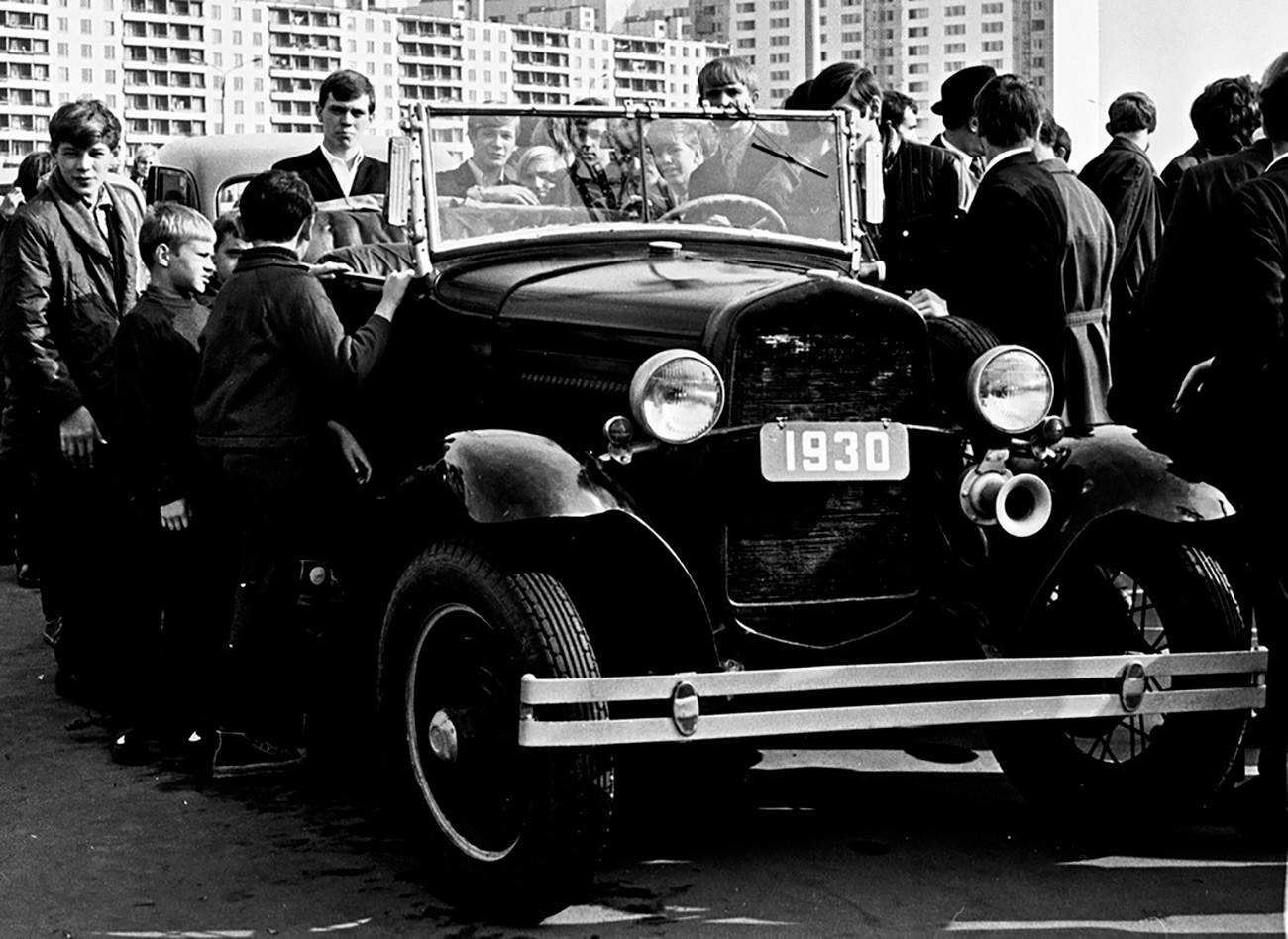 In the 1930s, the USSR started developing its own car industry. But, first and foremost, the country needed trucks, tractors and buses, as well as automobiles for various official services and organizations (police, taxis, etc.) Gradually, the Soviet leadership began thinking about producing a city car that could be bought for personal use. It even produced several experimental batches of the first GAZ-As and KIM 10-50s, but then World War II put all these projects on hold. 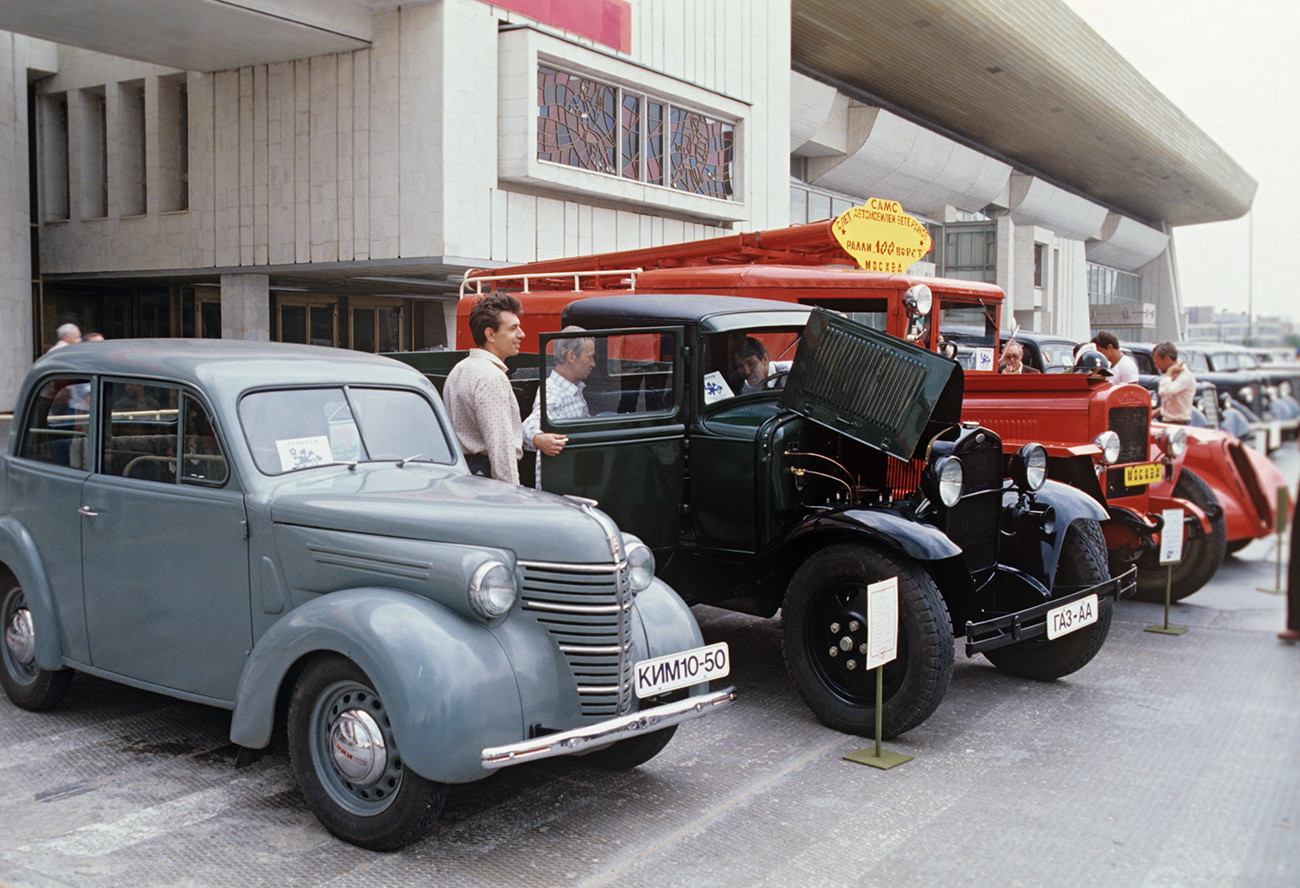 After the war, a large number of Opel and Mercedes "trophy cars” showed up in the USSR, and domestic car factories copied these to produce their own models. As a result, by the mid-1950s Soviet people had the opportunity to buy new cars for themselves. Except for one thing: demand for this technological miracle turned out to be much greater than Gosplan (the State Planning Committee) had anticipated, and so buying a car meant spending years on a waiting list. People would make the purchase directly via their place of work. “You've saved enough—you've bought a car!" was a popular slogan at the time. 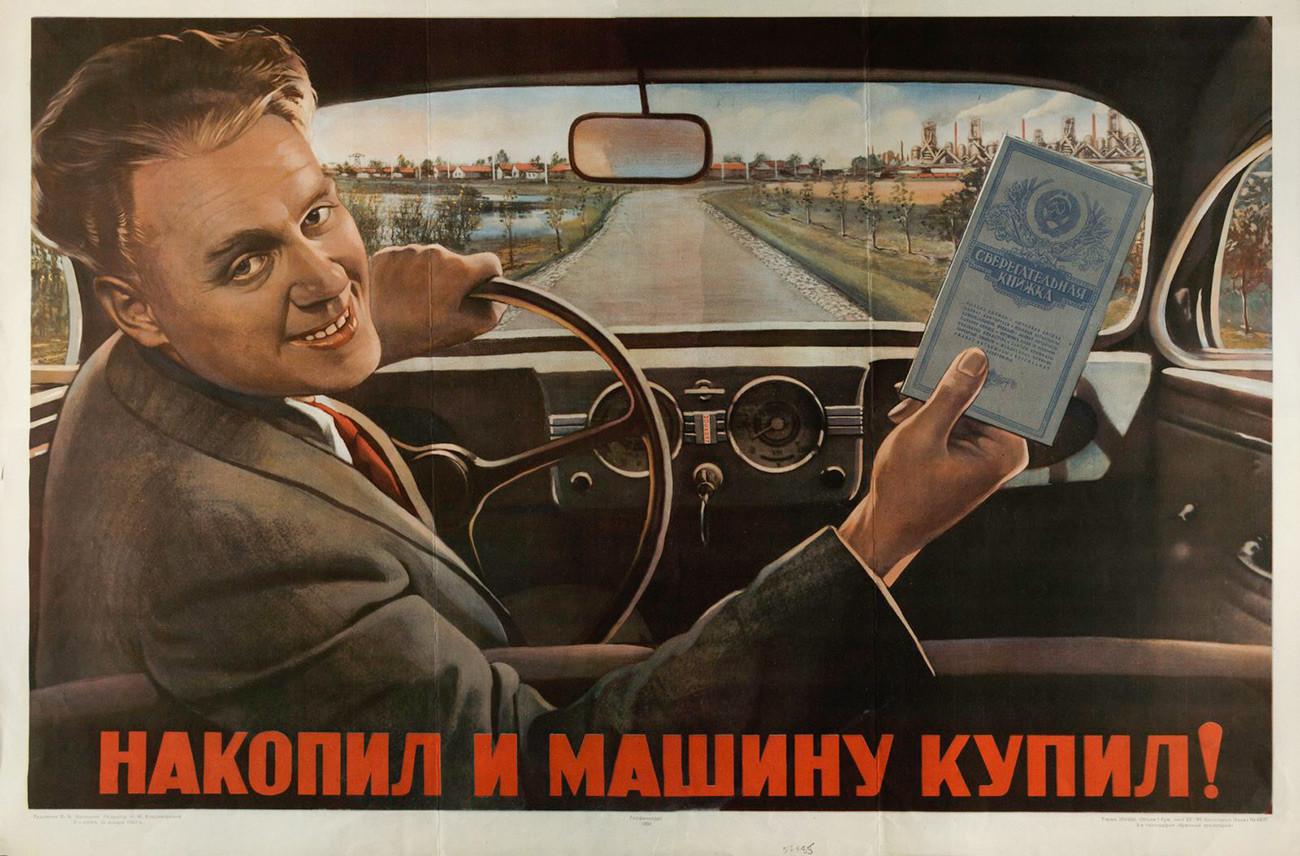 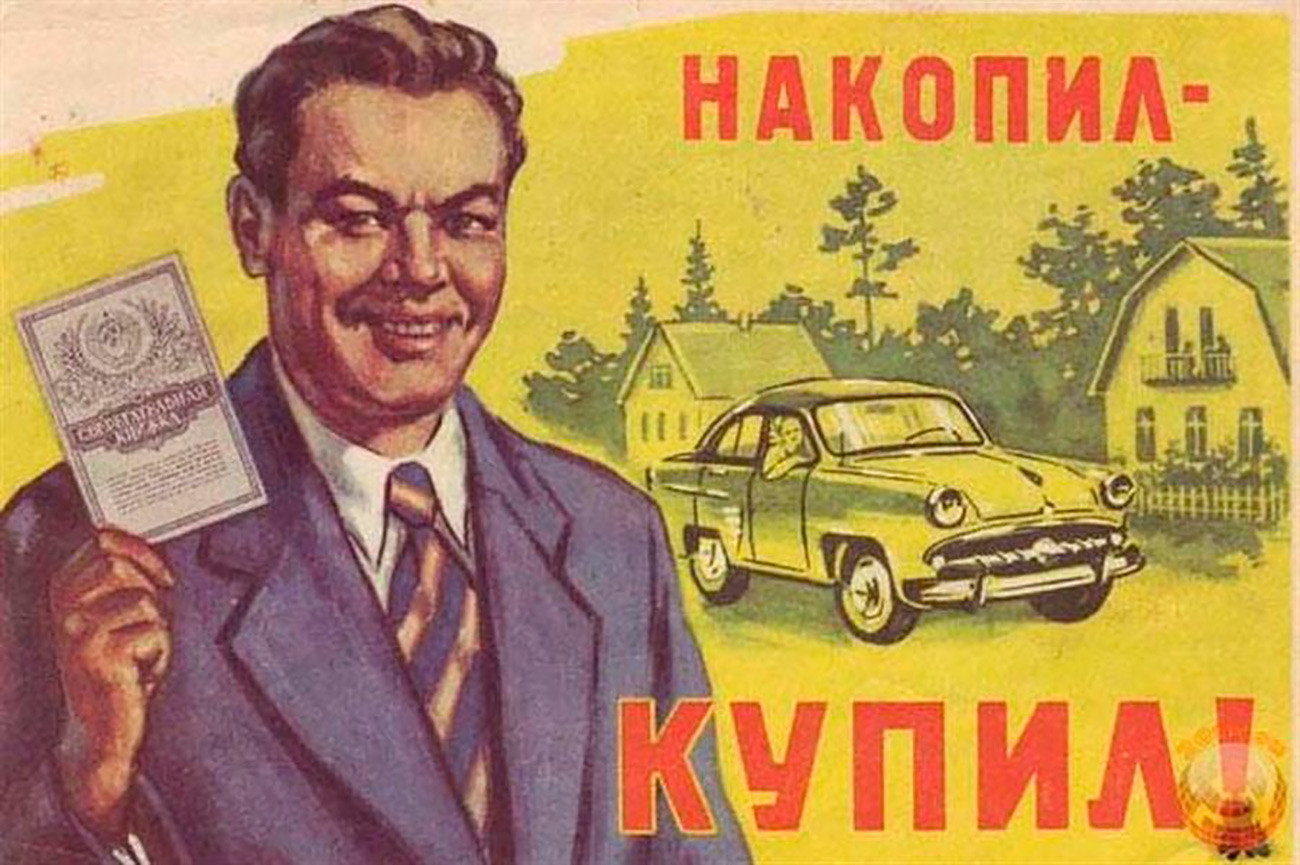 People faced two big problems when buying a car: saving enough money and getting onto the waiting list since far from everyone had the right to do so. An average worker’s salary was 800 rubles a month, and a Moskvitch 401 cost 8,000 rubles, while a Pobeda went for 16,000 rubles. The wait for these cars was around four years, so it was indeed quite realistic to save up enough money before one became available. Then monetary reform in the 1960s came along, and the prices changed. 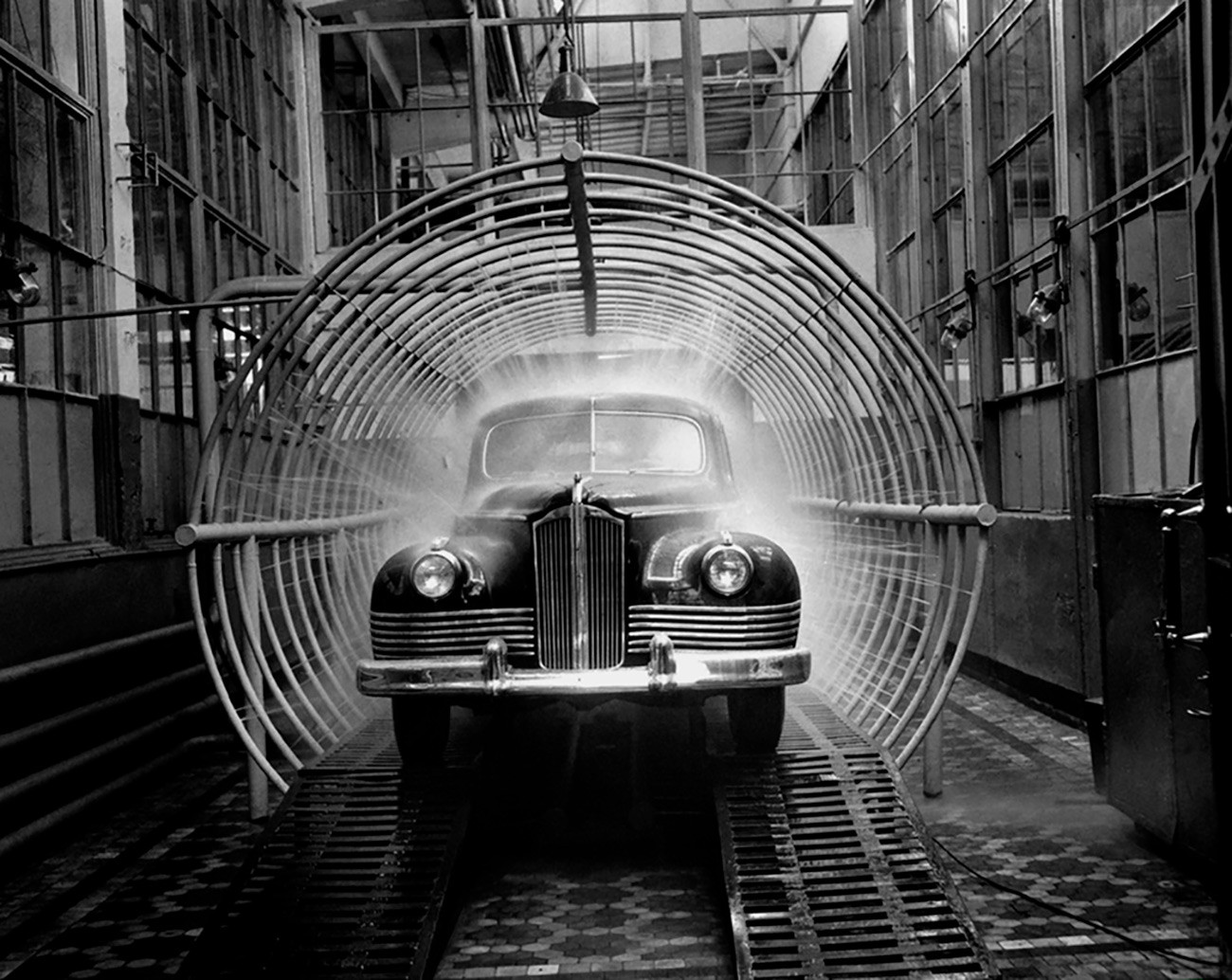 The average salary became 170 rubles a month, while a Moskvitch cost 5,000 rubles and a Volga twice that. But, oddly enough, more and more people wanted to buy a car. In the 1960s, a total of 150,000 automobiles were registered in Moscow, and by the 1970s there were half a million, including both private and official cars. 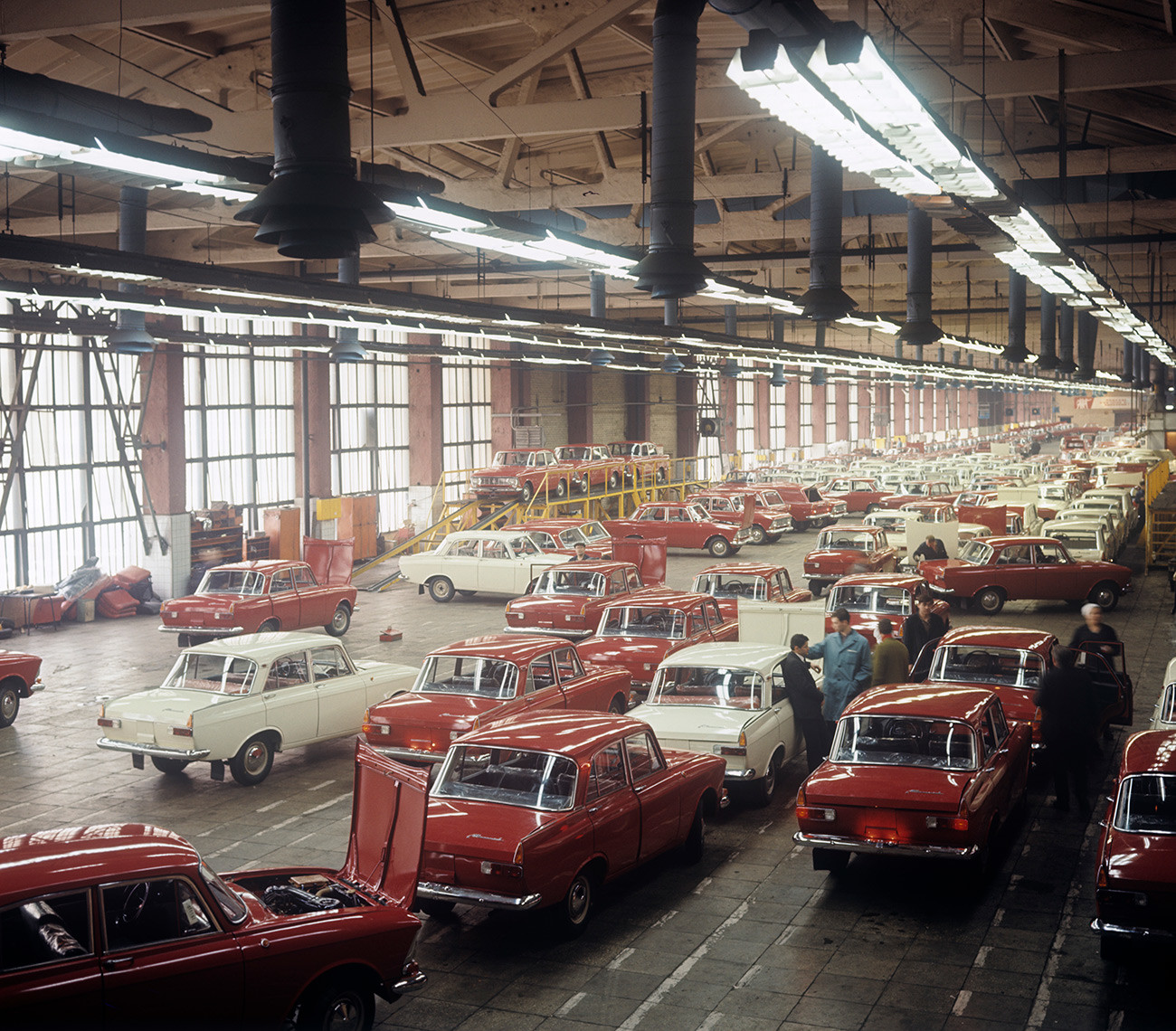 The system for getting on the waiting list also changed. In the early 1960s, people could only apply through their place of work and automobiles were distributed unevenly—one enterprise might receive two cars a year, while another would get dozens. The trade union decided who got on the list and used this as a kind of bonus. In general, one had wait six or seven years. As a side note, in the Soviet Union one could get a loan to buy certain goods, but cars could only be bought in cash. 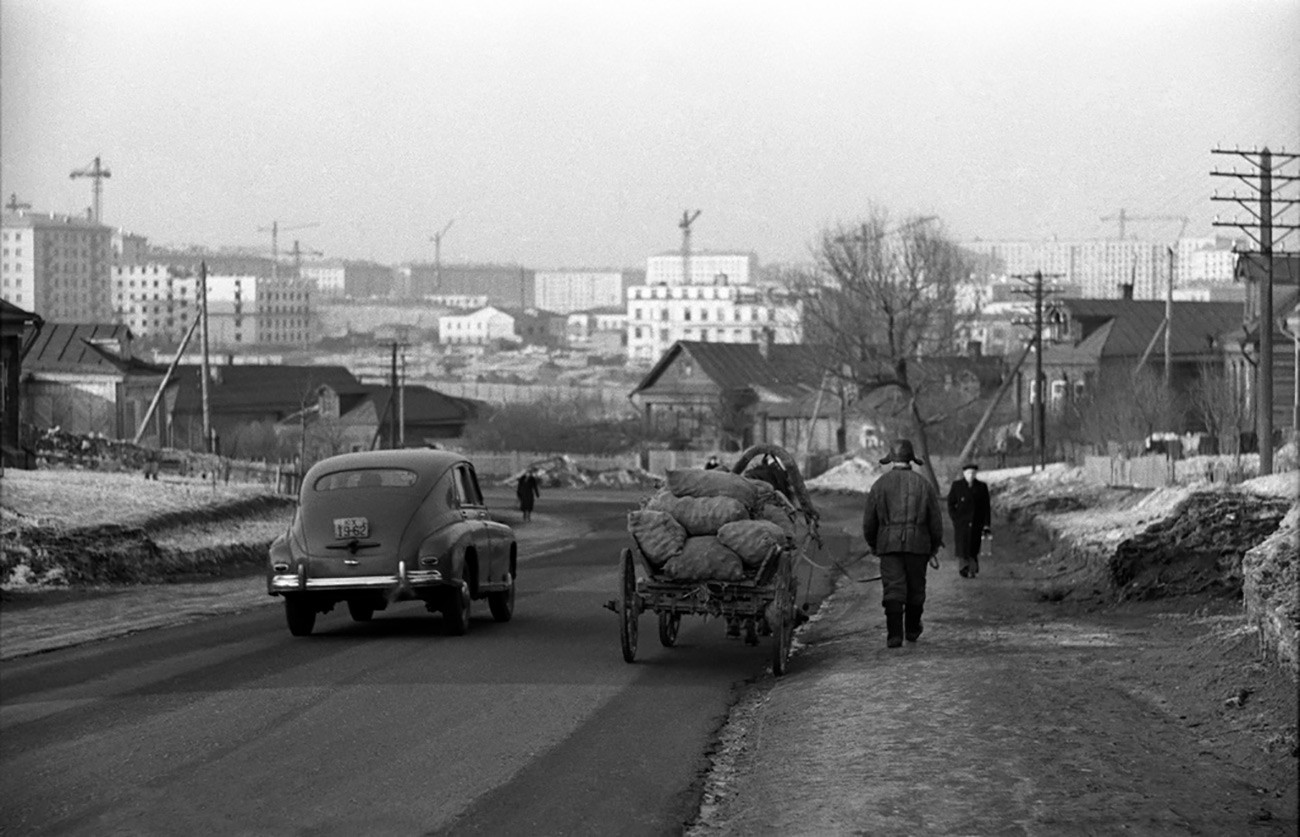 When, after what seemed like an endless wait, you finally received the document allowing you to buy a car, this is what it looked liked. The card had a date and a time when you could collect the car and listed its price. This particular one says Sept. 22, 1977 between 08:00 and 14:00 hours. A VAZ 2106 car cost 7,930 rubles. The color was a surprise and depended on which color the car plant had produced its latest batch. 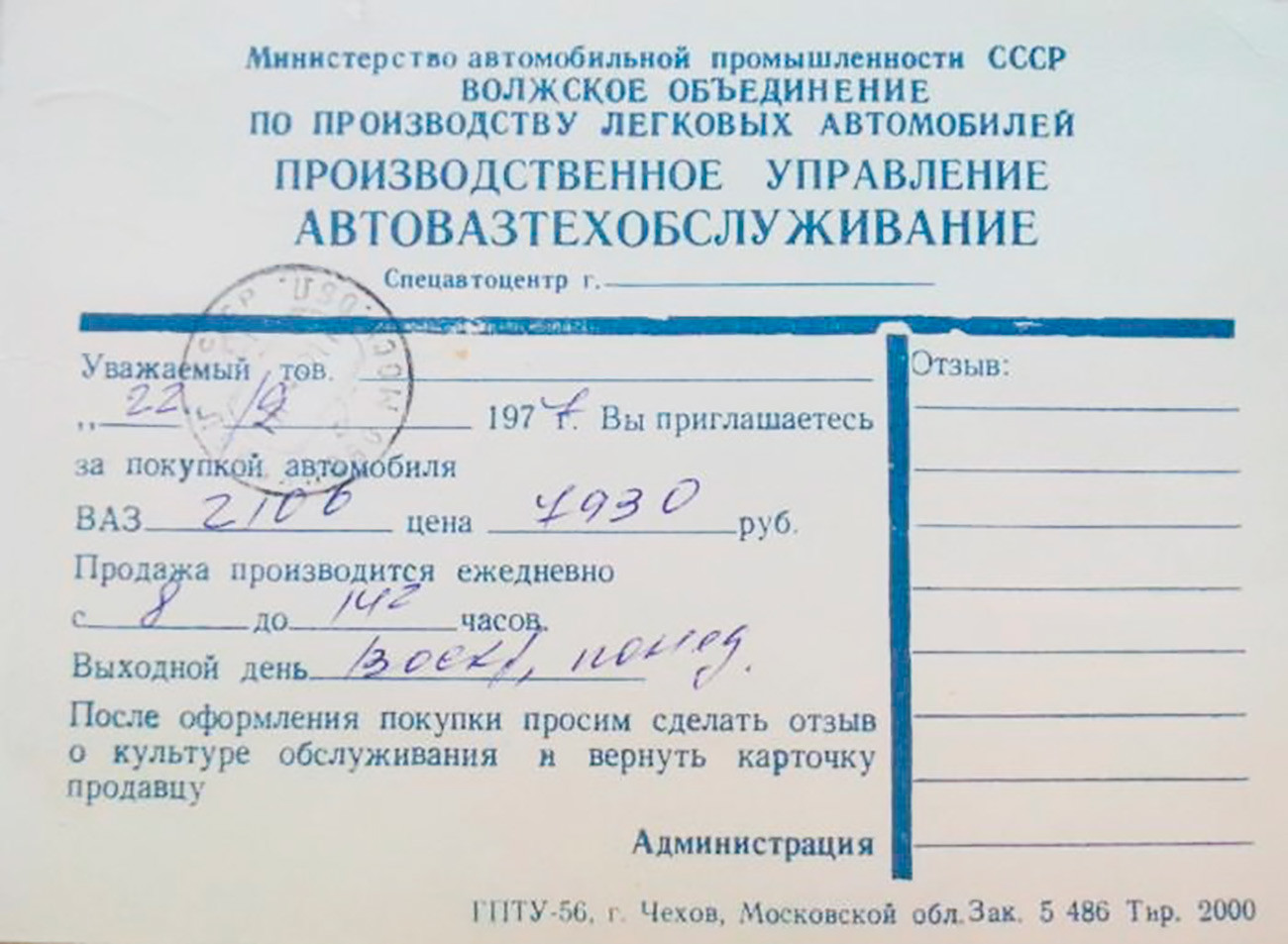 Some people were able to jump the line to buy a car. For example, one user on a Russian car forum writes: "My grandfather, who worked for the Norilsk mining and processing plant, got a Lada 21013 after five years. The neighbors offered to take it in exchange for their apartment in the regional center; but my grandmother wouldn't budge, insisting that the car was a present for her grandson. I drove it for about 15 years and now it is getting rusty in an old garage." 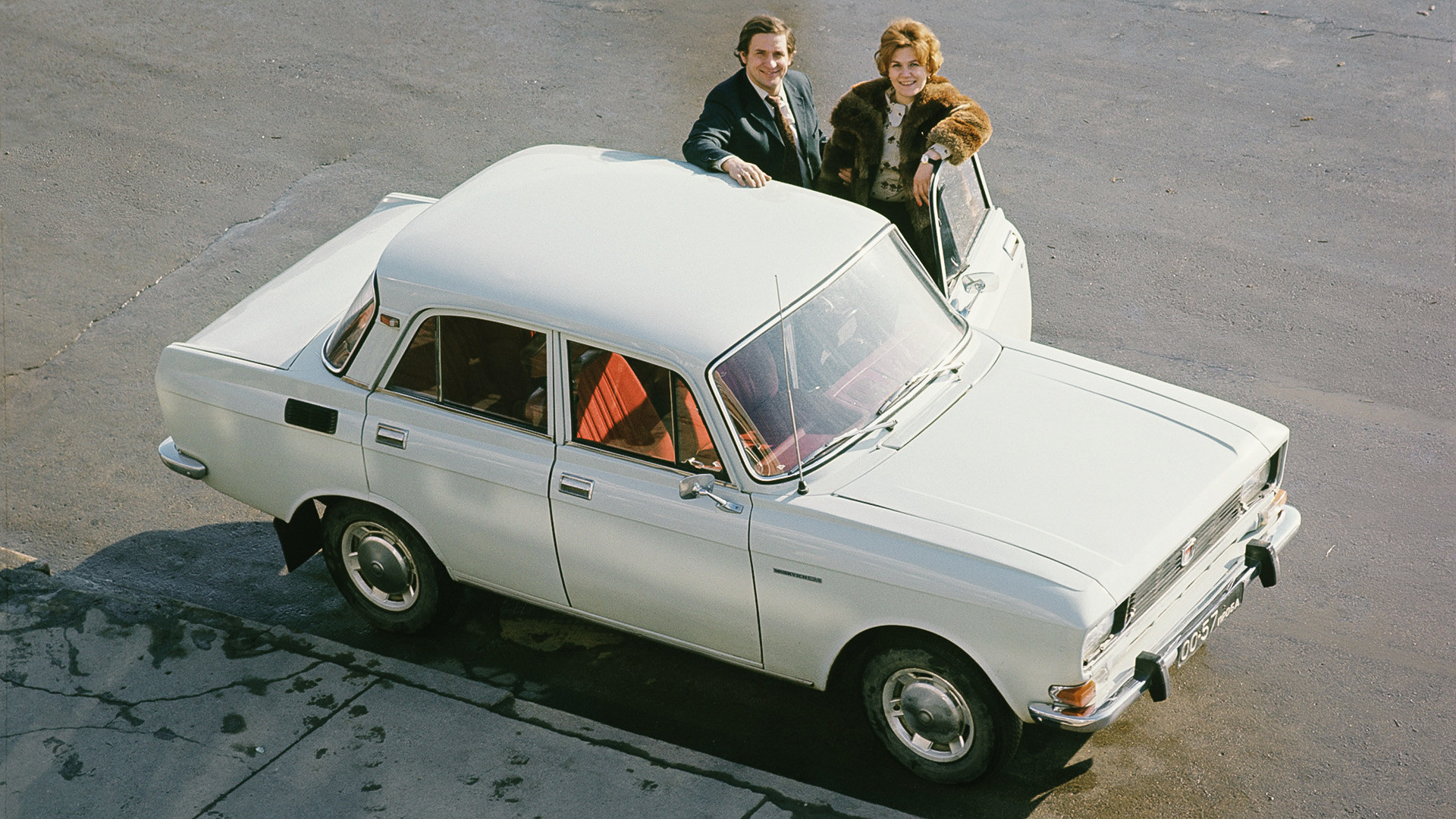 "Gosplan didn't take into account citizens' growing incomes, and the number of automobiles produced was strictly in line with instructions received from above, despite the fact that many more cars could have been made," recalls another forum member. "My grandfather bought a Volga for 9,500 rubles in 1975; he was a colonel with connections and went to the GAZ car plant to collect his car after a telephone call. And he sold it in 1985 for 18,000 rubles. In other words, the car was 10 years old and, its price had gone up because of the supply shortage. And he bought a new Volga for 11,000 rubles." 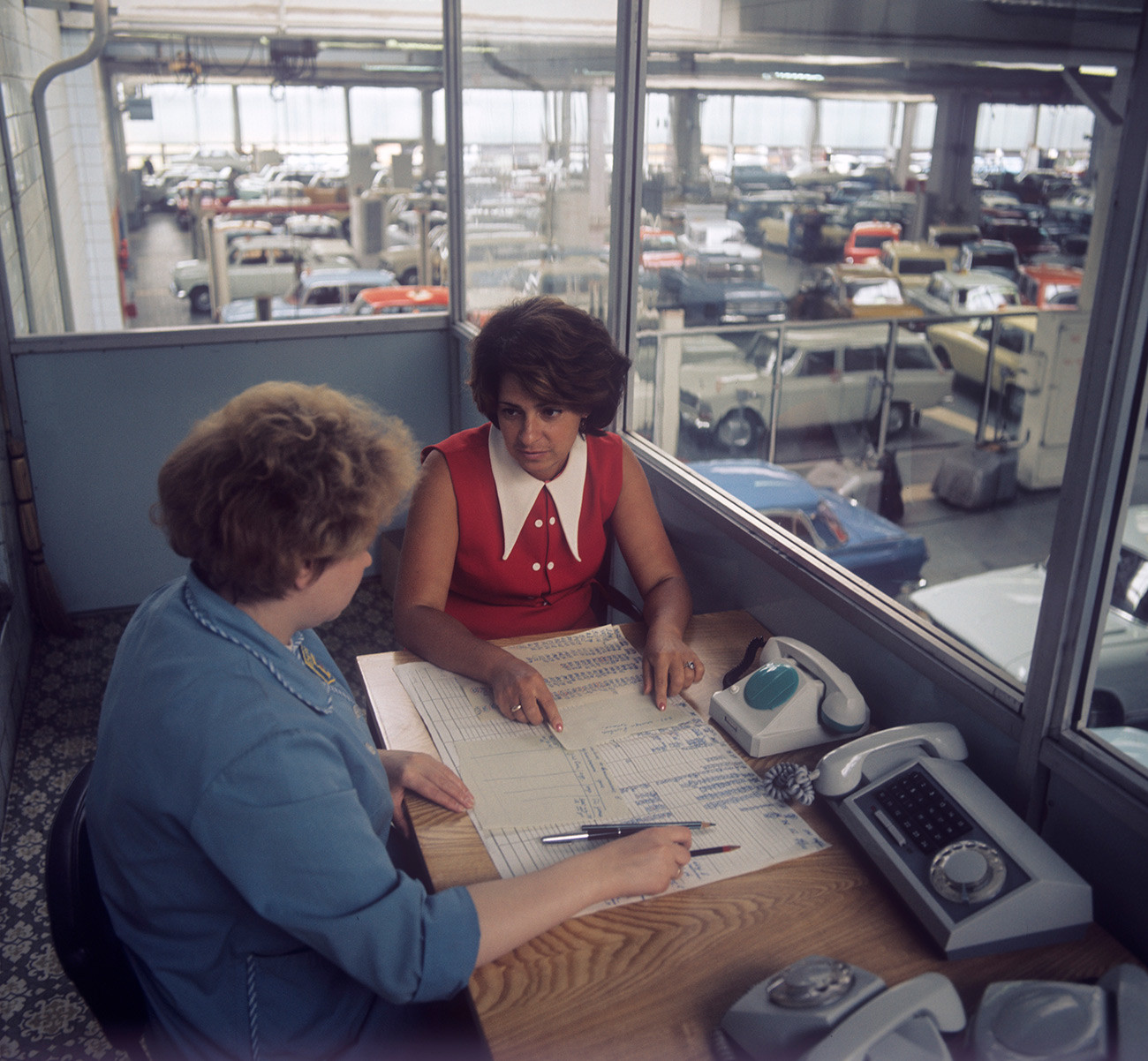 At the time, a lottery called Sportloto became popular for giving people the chance to win a car. In 1972, for example, Vladimir Putin's mother got lucky and won a white Zaporozhets. 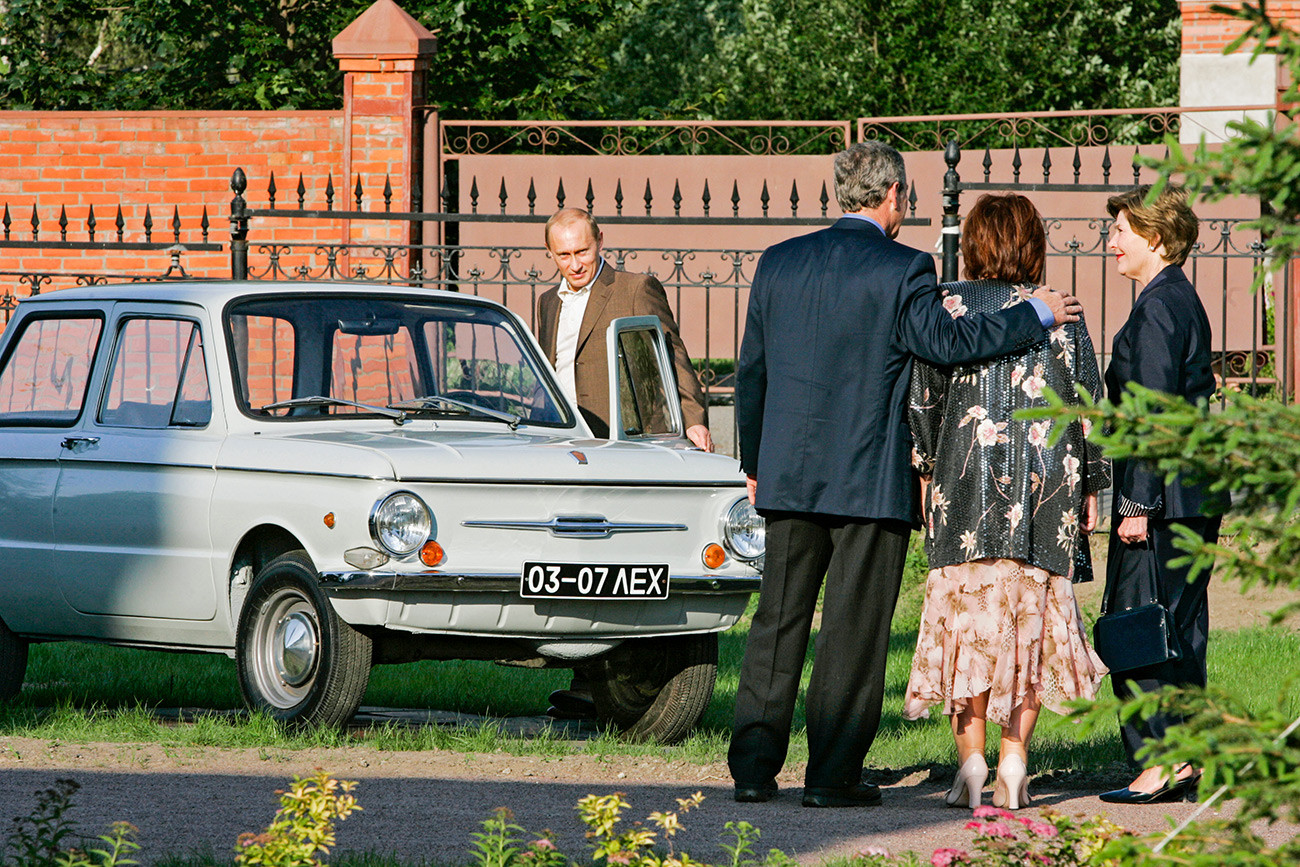 Vladimir Putin and his Zaporozhets.

But buying a car was actually just the beginning of your problems. Then you had to get gasoline—there were very few gasoline stations—and spare parts, plus buy a garage since the car might get scratched if it was left parked outside the house. Even abroad, jokes made the rounds about the difficulties of buying a car and other things in the USSR. For example, American President Ronald Reagan told this one in 1988:

"In the Soviet Union, there is a ten year wait to buy a car. So a buyer comes, pays a deposit and then the fellow who is in charge tells him:

- OK, come back in ten years to get your car.

- Ten years from now—what difference does it make?

- Well, the plumber is coming in the morning."

Why did the USSR have foreign cars?

It well known that the first cosmonaut, Yuri Gagarin, owned two Volgas (he bought one himself and the other was a present from the Soviet leadership) and a futuristic sports car, the Matra-Bonnet Djet VS that he received as a present during a visit to France. And at various times the musician and actor Vladimir Vysotsky owned a blue Mercedes-Benz S-Class W116 saloon and a brown Mercedes-Benz SLC coupe. Actors often bought foreign cars during foreign tours after getting permission from the country's leadership. 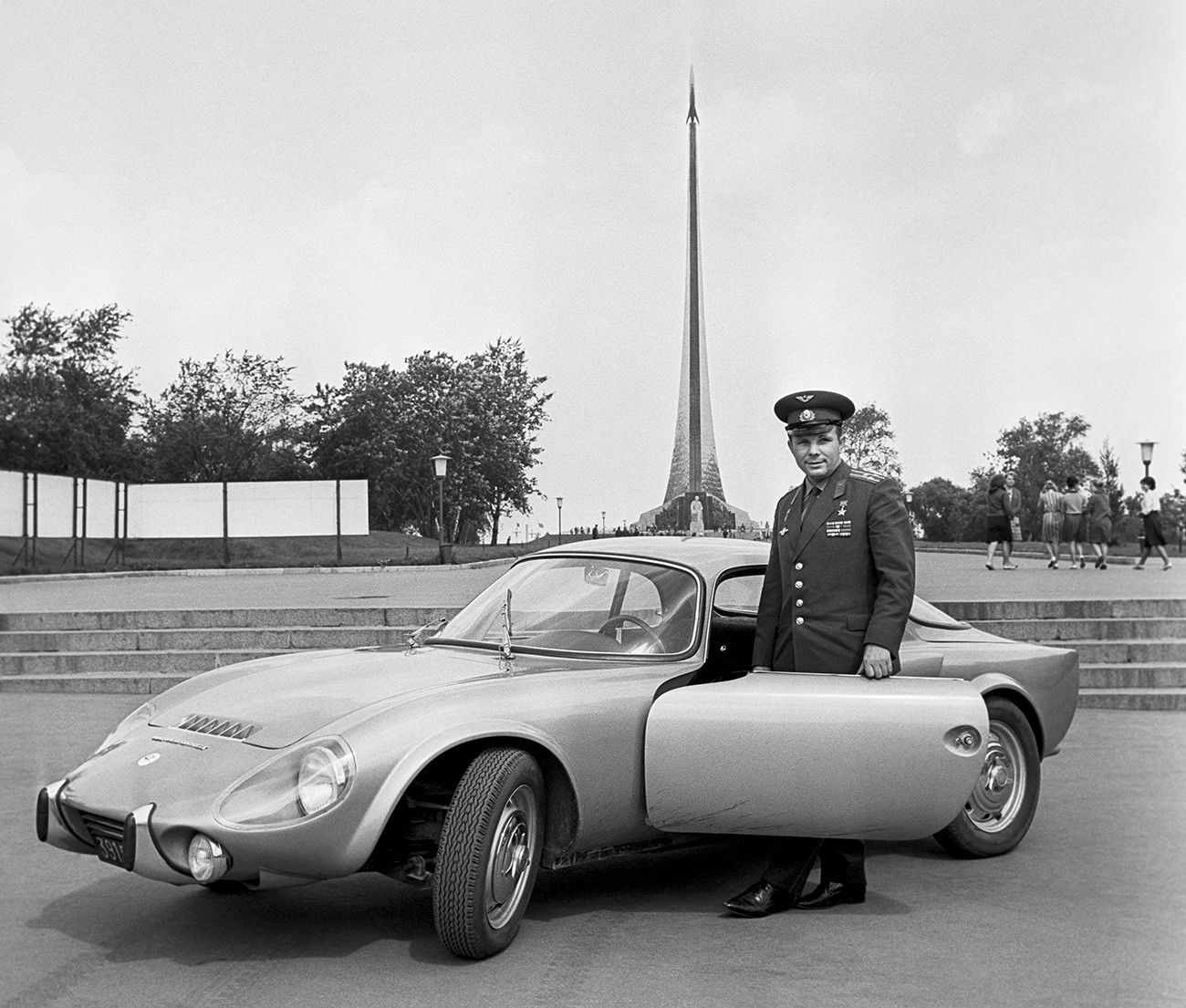 Yuri Gagarin and his Mantra car.

But this wasn't the only way to get a rare car. Foreign politicians often gave Soviet leaders foreign-made vehicles as gifts, and foreign models were also brought in for foreign embassies. By the 1960s-1970s in Moscow (and then in other big cities) there were second-hand car centers and markets that sold, on commission, cars that had been "written off" after road traffic accidents for the price of Soviet-made cars. Dodgy models of this kind were bought not only by those desperate to own a foreign-made car, but also by people who simply did not have the right to get on the waiting list to buy a Soviet-made one. The owners of such cars would repair them themselves, and sometimes this took years. Some were lucky and bought cars that didn’t require any repairs, but such luck often had to do with having good connections more than anything else.

Soviet actor Ivan Dykhovichny recalled buying a written-off "diplomatic" Alfa Romeo that had belonged to the wife of the Argentinian ambassador. "At first, the Alfa was valued for me at the price of a Zaporozhets, but the trick didn't work because somebody else also wanted to buy it, so I had to pay the price of a Zhiguli for it." After purchasing the car, the actor made friends with a mechanic at the Italian embassy. "He helped me to service the car and one day he said to me: ‘If you want, I can bring you a Ferrari Dino.’ Naturally, I said yes. He brought the car. But in order to be taken to one of the centers selling cars on commission, the Ferrari had to be damaged in a road accident. Now imagine the following scene. The 1970s. The Garden Ring Road [Moscow’s central ring road]. There are only a few cars on the road. And here comes the Ferrari and hits an innocent lorry whose driver almost goes grey after such a surprise." 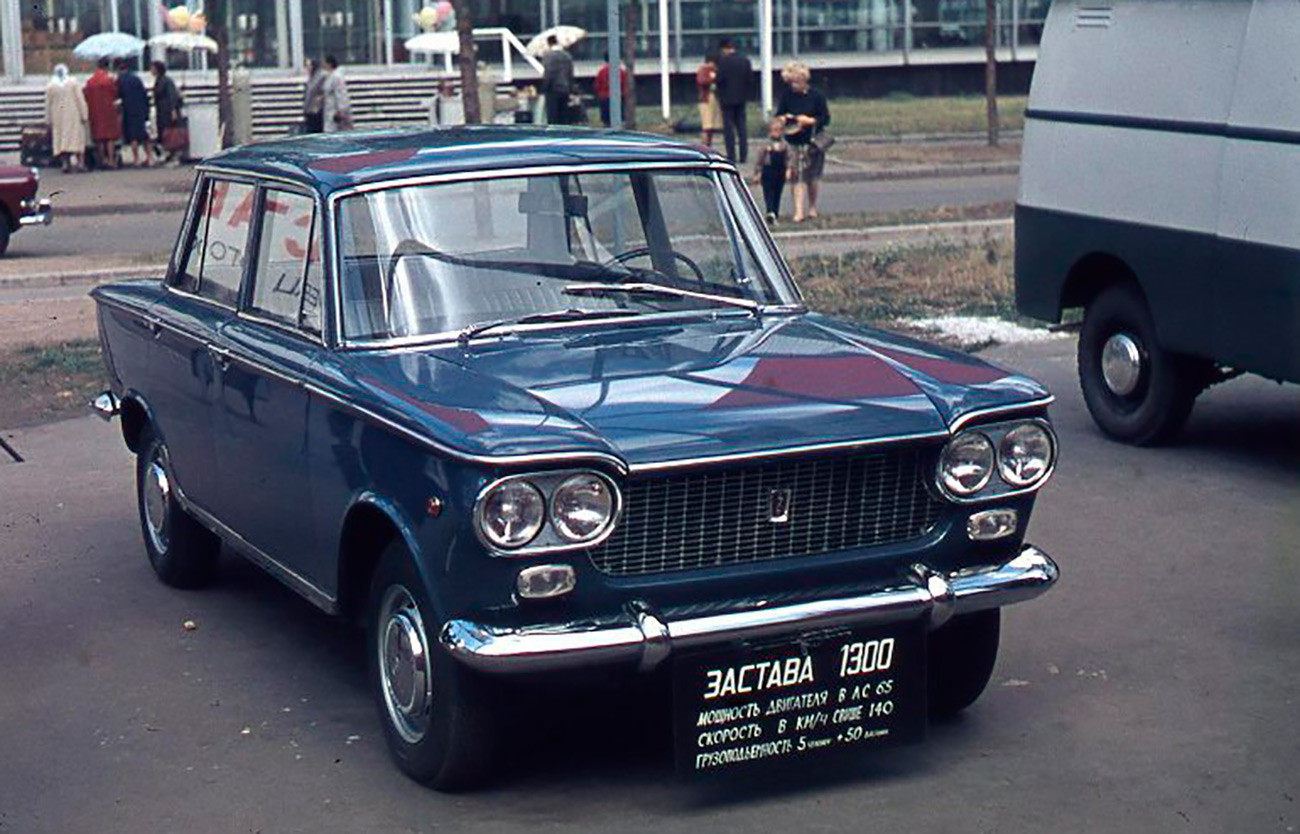 In 1985, the Soviet Union opened up mass imports of second-hand foreign cars, including Czech Skodas, Yugoslav Zastavas and East German Trabants. A car boom began, and by the time the Soviet Union collapsed there were about a million cars in Moscow alone.