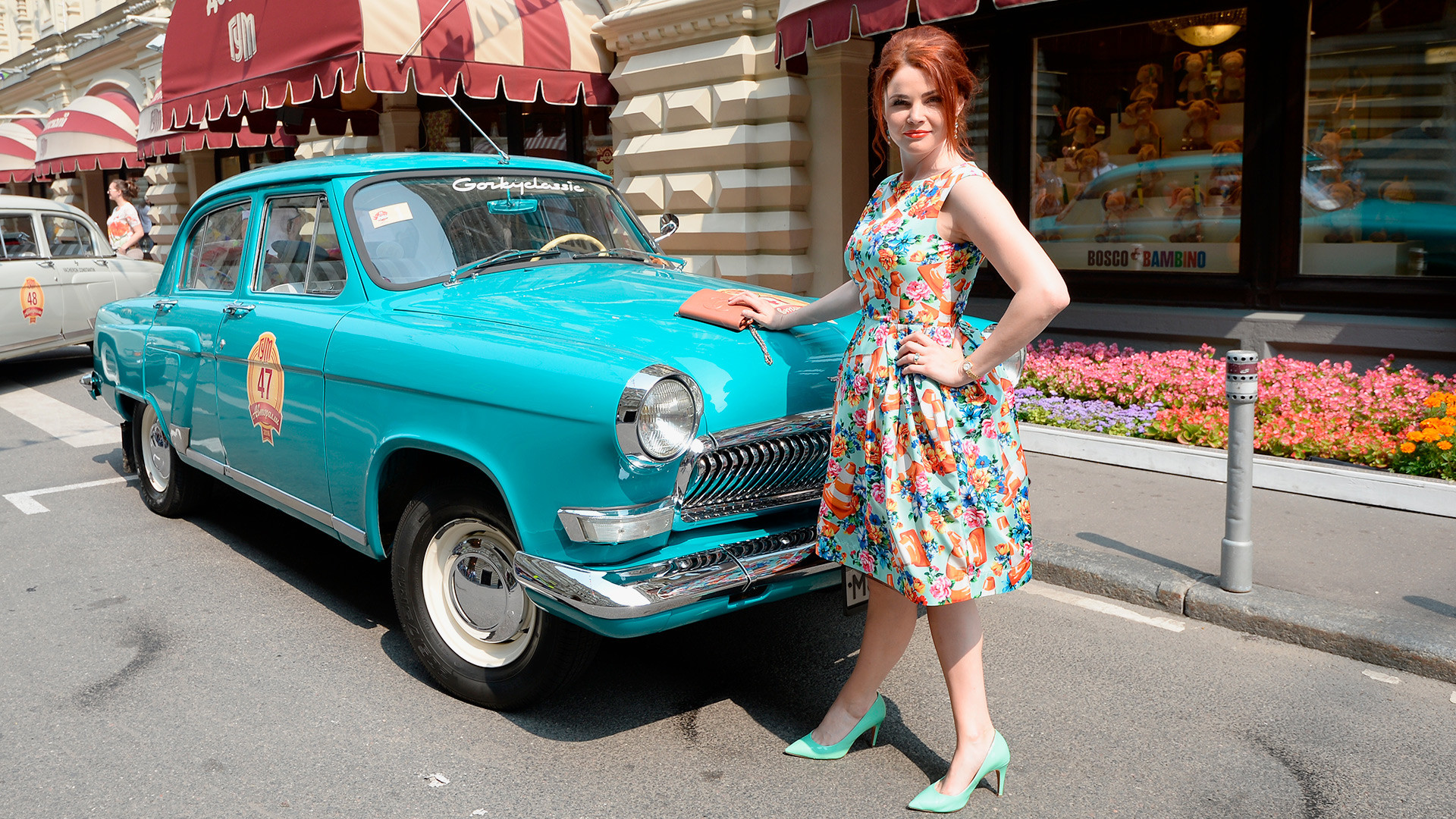 The history of the Soviet automotive industry began in 1924 when the AMO (Moscow Automotive Society) plant started to produce AMO F-15 trucks. The vehicle design was based on the Italian Fiat 15 model, but significant changes were made. Production in the Soviet Union soon started to grow rapidly: new big plants were built across the country that assembled cars for Soviet needs. Some of them were reminiscent of Western models.

In 1929, the Soviet Union signed an agreement with the Ford Motor Company to assemble cars under the Ford license. The first models, called Gaz A, were produced at the Gorky (now – Nizhny Novgorod) automotive plant (GAZ) in 1932. The Gaz A was based on the Ford Model A, discontinued in 1931. The power system of the engine was redesigned in the Soviet car. In total, over 41,000 GAZ A produced. In 1936, the old model was replaced with the GAZ-M-1.

The design of this model was based on the Ford Model B of 1934. Just like the previous vehicle, it was produced under the 1929 but survived significant changes. Its Soviet designers reinvented almost everything from the car suspension to its exterior. Produced in 1936-1942, it was one of the most popular cars in the prewar Soviet Union. Over 62,000 cars with several modifications were assembled in total.

The KIM-10 was the first model of the Soviet subcompact cars inspired by the British Ford Prefect. The Soviet car got the modern design of the hood, windscreen trunk. However, World War II thwarted further development. This car never went on sale officially, though, 64 vehicles were given away as lottery prizes.

The first Soviet limousine ZIS 101 (1936) was already based on the U.S. Buick, and in September 1942 Stalin ordered the development of a new luxury-class limousine, the ZIS 110, this time under the influence of the Packard 180. This executive car was produced until 1958 with a total of 2,000 vehicles made for Soviet officials. Production of the Packard 180 itself was discontinued after World War II.

On Dec. 4, 1946, the first Moskvich-400 car was assembled at the Moscow Compact Car Factory (AZLK). The four-seater car had a top speed of 90 km/h and was heavily inspired by the German Opel Kadett K38.

Joseph Stalin pushed for the car’s production as he was a big fan of the Opel after seeing it at an exhibition in the Kremlin in 1940. However, due to WWII, the project was postponed. But in 1947 the Moscow plant started churning out the model. It was produced up until 1954 before being replaced by the Moskvich-401, which had a more powerful engine. In total, 216,000 sedans and 17,000 cabriolets rolled out of the factory. In 1956, the car was replaced with the new Moskvich-402.

The third generation of Moskvich cars was based on another German vehicle, the Opel Kadett A (1962), differing from the early model by the more spacious interior. In 1967, the Moscow Compact Car Factory started to assemble the new Moskvich-412 car with a more powerful engine and greater speed.

The Moskvich-412 was also a popular car for export. In Bulgaria, it was assembled under the name of Rila, and in it was known as the Scaldia. The Soviet model was produced until 1976 in Moscow, and even until 1998 at the Izhevsk plant.

The design of the Volga model was similar to the U.S. Ford Falcon (1962) and Plymouth Valiant (1962). The car was produced at the Gorky plant until 1985, mostly for use as taxis and chauffeured state vehicles. The GAZ-24 modification, titled the GAZ-24-76 Scaldia, was a popular taxi model in Belgium and France. In total, the Gorky plant assembled 1.4 million GAZ-24.

This new subcompact Soviet car had an exterior similar to the German NSU Prinz IV of 1961. In its turn, the German car partly replicated the design of the U.S. Chevrolet Corvair of 1959. The two-door coupe was produced until 1972 at the Kommunar auto plant (modern Ukraine).

In 1966, Italy’s Fiat and the Soviet Ministry of Foreign Trade signed a cooperation agreement. Under this deal, the USSR started to produce the station wagon VAZ 2102 and sedan VAZ 2101, based on the Fiat 124, voted “European car of the year” in 1967. Nevertheless, the VAZ 2101 was extensively “Russified” with over 800 changes.

The VAZ 2101, aka the “kopeck,” became a real people's car in the Soviet Union. The model was the first car in the VAZ family and had lots of variations. Until 1988, the AvtoVaz plant in Tolyatti produced 4.85 million such cars, which is why in 2000 the VAZ 2101 was labeled “the best Russian car of the 20th century” by Russian media.

In the 1980s, the Soviet Union succeeded in creating a completely new model of Moskvich, a front-wheel-drive hatchback based on the design of the French-U.S. Simca Chrysler 1308. The Soviet car was given a modern exterior and the export name of Aleko. The Moscow plant produced over 716,000 of these cars in different variations. The last model was assembled in 2002 under the name of Svyatogor.