Russia has a new sports car, made out of LADA parts - and it’s called the Crimea! 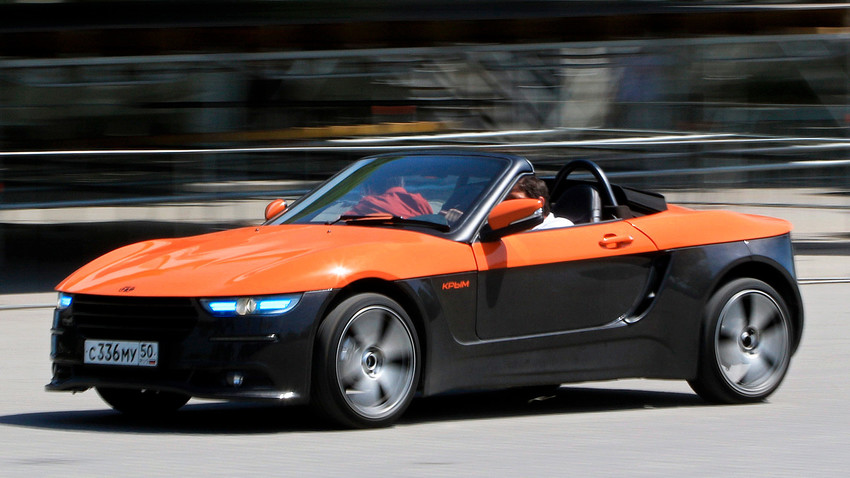 70 percent of the new Crimea is comprised of LADA components.

Vasiliy Batanov/RIA Novosti
It’s black and orange, is inspired by the Porsche Boxster, and costs $11,000 - although it only hits 100 km/h in 8.5 seconds.

Its design is bold - it’s compact, black and orange, and you’ll find the engine in the boot. What’s more: It’s a sports car with LADA parts! LADA!

Remember the jokes about LADA cars? Ok, here’s one: Why does a LADA have heated back windows? To keep your hands warm when you push!

Well, 70 percent of the new Crimea (called Krym in Russian) is comprised of LADA components.

This new model is based on the Porsche Boxster, so Russians will be surprised.

The Crimea is pretty slick, if a little garish. The car’s engineers say it’s virtually independent of the LADA assembly line.

The domestically-manufactured convertible comes in three different price ranges: VIP, average, and budget. Unlike some similar foreign-produced models, the price categories extend beyond design variations and depend on functional differences too: The VIP model is heavier and has a more powerful engine.

The promise of a more powerful engine should be taken with a pinch of salt though. Media reports indicate that the new car’s 1.6 liter engine generates as little as 106 hp!

The car’s mass (less than 900 kg) compensates for the lack of power, but the alleged sports car still needs 8.5 seconds to reach 100 km/h. Don’t get too excited.

At the moment a Crimea will set you back about $11,000...but it’s likely there will be a cheaper model released further down the line.