Science & Tech
Anna Sorokina
Why the Lada Kalina is sold in Finland under a different name, plus other cars de-Russified for export. 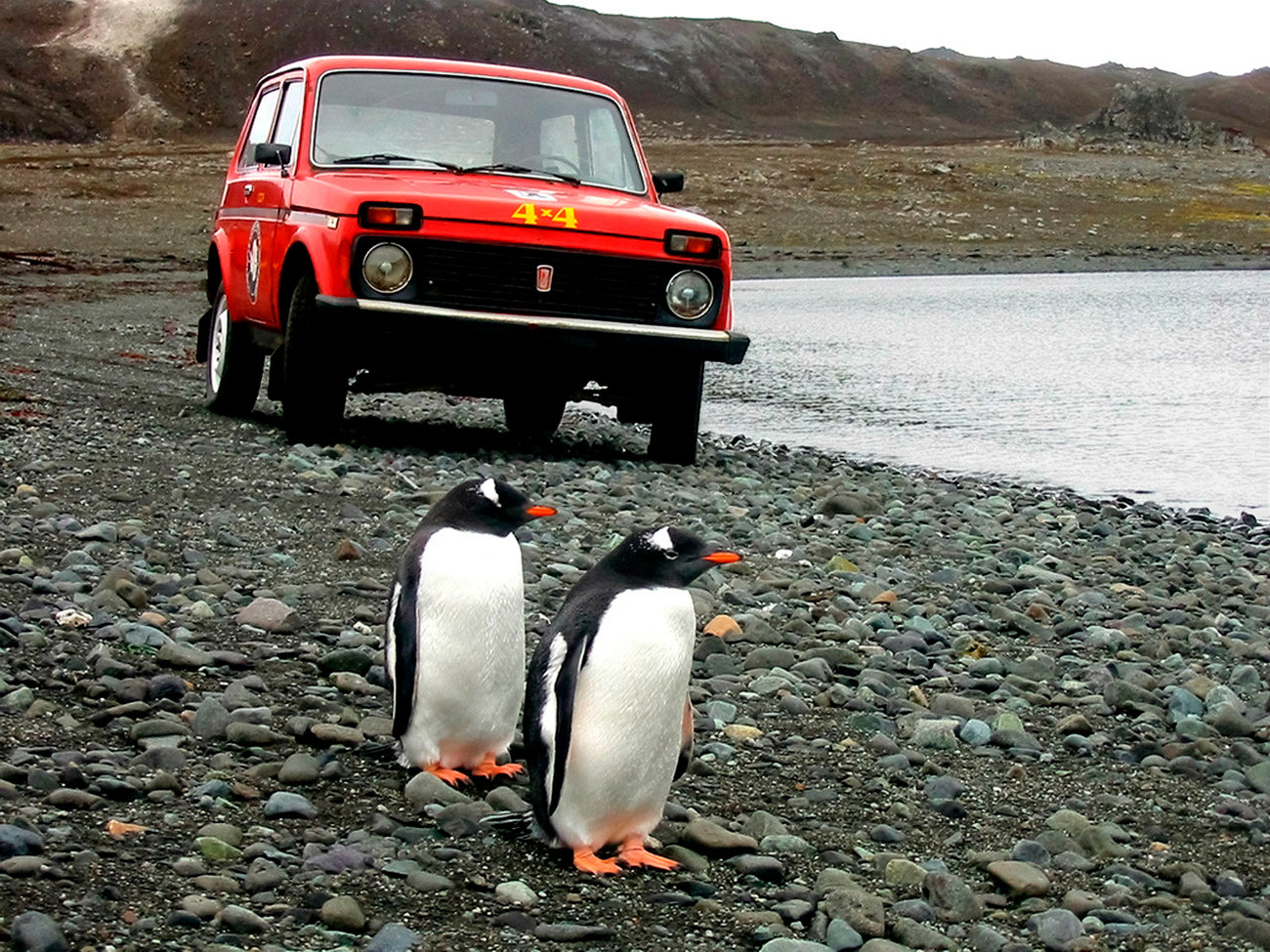 The real photo of Niva in Antarctica.

In many European cities today, you might see a few Ladas and Volgas. For the most part, they are old Soviet cars that the USSR supplied not only to countries in the socialist camp, such as Hungary and Czechoslovakia, but to capitalist ones, too, like Belgium, France, and Britain. Less commonly encountered are modern Lada export models. What’s more, the names of these models are unknown in their homeland, since foreign markets make up their own. Here’s why.

What does “kalina” mean in Finnish? 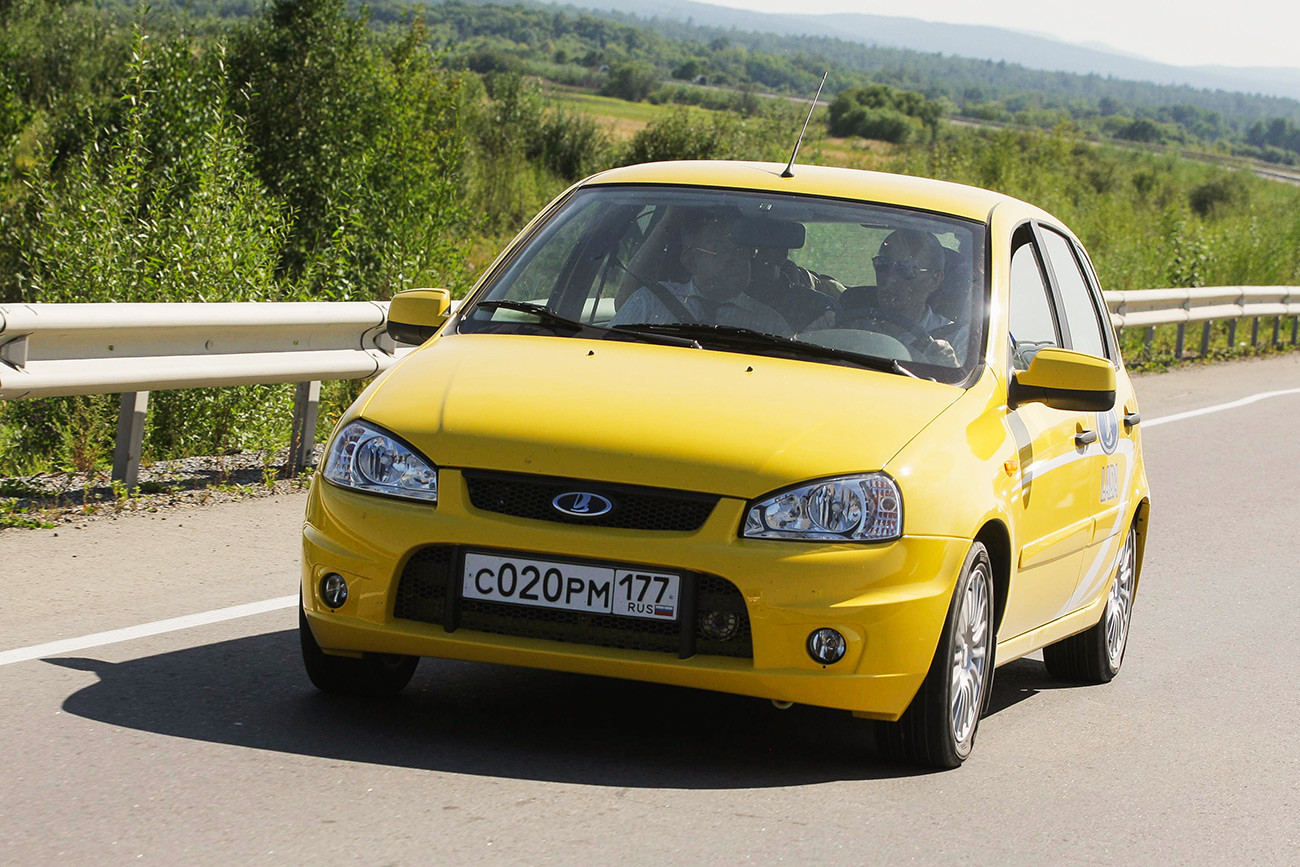 The Lada Kalina was one of the first cars developed in modern Russia. Designed in the mid-1990s, it went into mass production in 2005. The Kalina was initially positioned as a compact hatchback, but the manufacturer AvtoVAZ produced both station wagons and sedans (which Russians are thought to prefer). In terms of comfort, the Kalina far surpasses its predecessors: air conditioning, ABS, and airbags all come as standard. In addition, the car received state support at the highest level. In 2010, Vladimir Putin drove one from Khabarovsk to Chita (2,000 km). When exports to Europe began, it was not without a few hitches.

It turned out that “kalina” in Finnish means “rattling,” so the decision was taken to sell the Lada under the serial number 119. Ironically, Russian motorists often complain about the grinding sound inside in the passenger compartment. 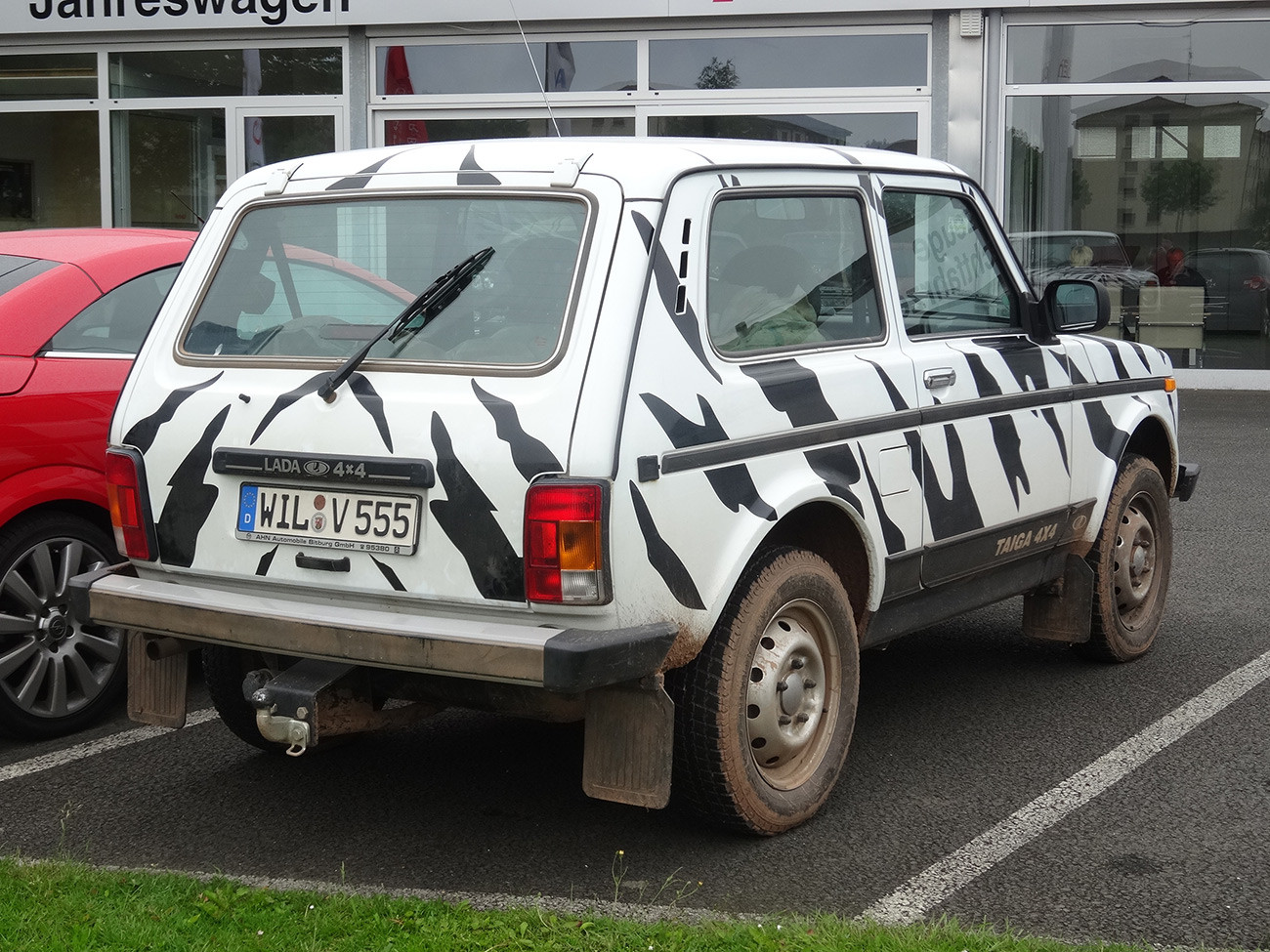 The cult Niva SUV has been produced in Russia since the 1970s (yes, that long). True, there are no airbags or other fruits of progress over the past 45 years, but on the upside it is one of the most affordable SUVs out there. It’s great for off-roading in desert terrain, and repairs can done on the fly. Whatever people say about it, no one can deny its global fanbase. Today, the Niva is perhaps the most popular Russian car abroad. 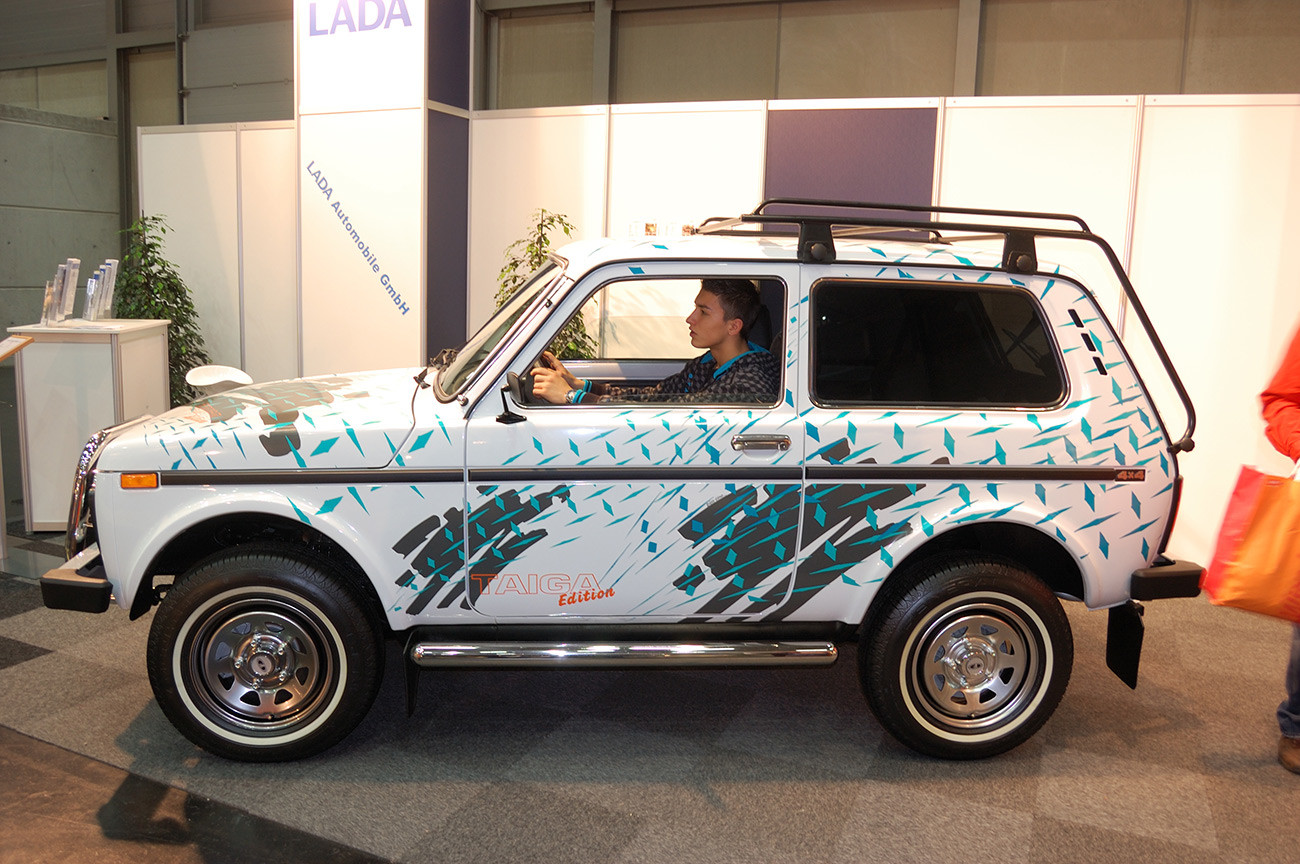 Over in Germany, the car is sold under the name Lada Taiga, and only with a three-door body. Interestingly, it was sold as the Taiga in Russia too back in the mid-1990s, but the name failed to stick. The Germans, however, took a liking to it. The Taiga features an electronic gas pedal, steel discs, ABS, and a winch as an optional extra. Wunderbar! 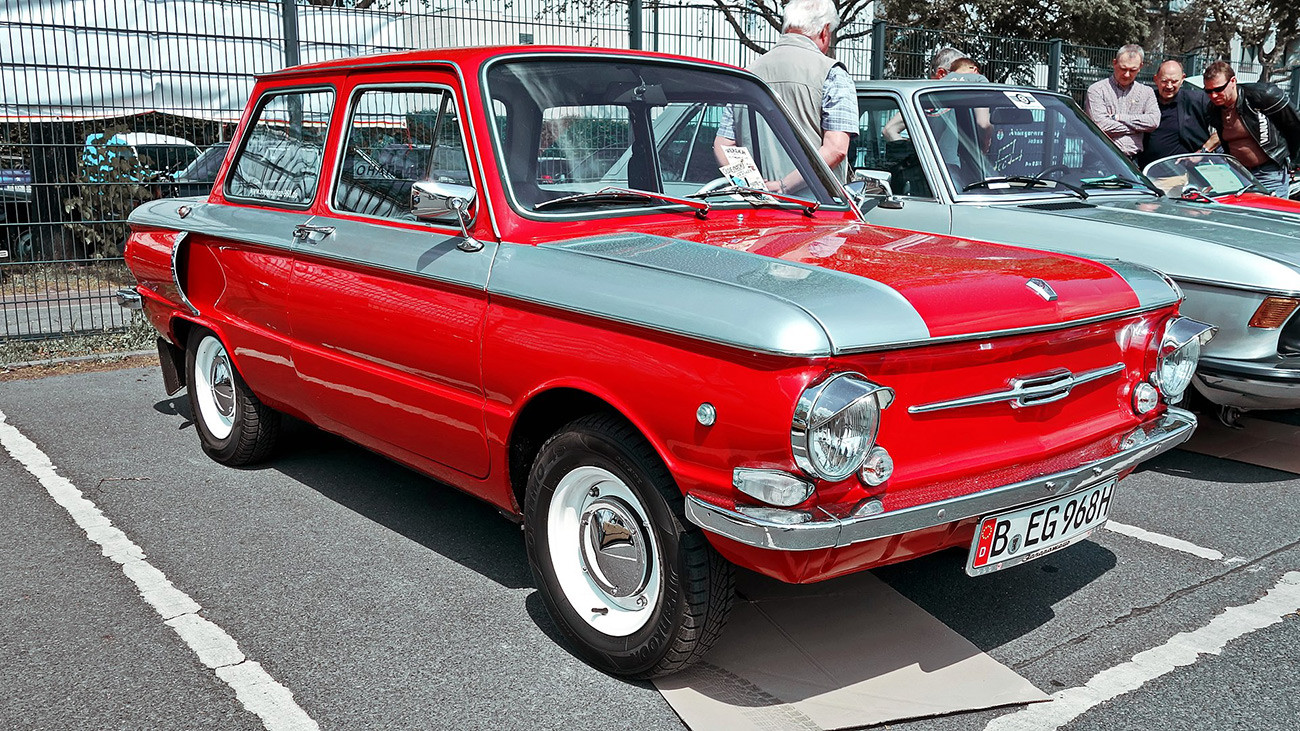 Whereas the European Kalina is almost identical to its Russian counterpart (save for a couple of airbags), the exported Zaporozhets was simply unrecognizable. The wheels, electrics, color, and body shape all changed in line with foreign tastes. And horror of horrors, even an automatic version was produced. The most popular version of the Soviet Zaporozhets made for European countries in the 1960s was equipped with additional rear-view mirrors, a radio, an ashtray, and improved noise insulation. It was sold in Finland, Belgium, Czechoslovakia, and France under the names Yalta and Eliette, since the original Soviet name didn’t exactly trip off non-Russian tongues.

Especially for Britain, the Soviet Union produced cars with right-hand drive. It all began in the 1960s with the GAZ M-21 Pobeda (known as the Volga M-21), which incidentally is one of the rarest cars in the world, with just 100 units built.

Perhaps the most successful export cars were the “classic” Lada 2105, 2104, and 2107, manufactured in the 1980s-90s. The right-hand drive version for Britain was called the Lada Riva, and was also sold to New Zealand and Australia. Meanwhile, it was known in Germany as the Lada Nova, in France as the Lada Kalinka, in Canada as the Lada Signet, in Cuba as the Lada Sputnik, and in Brazil as the Lada Laika. 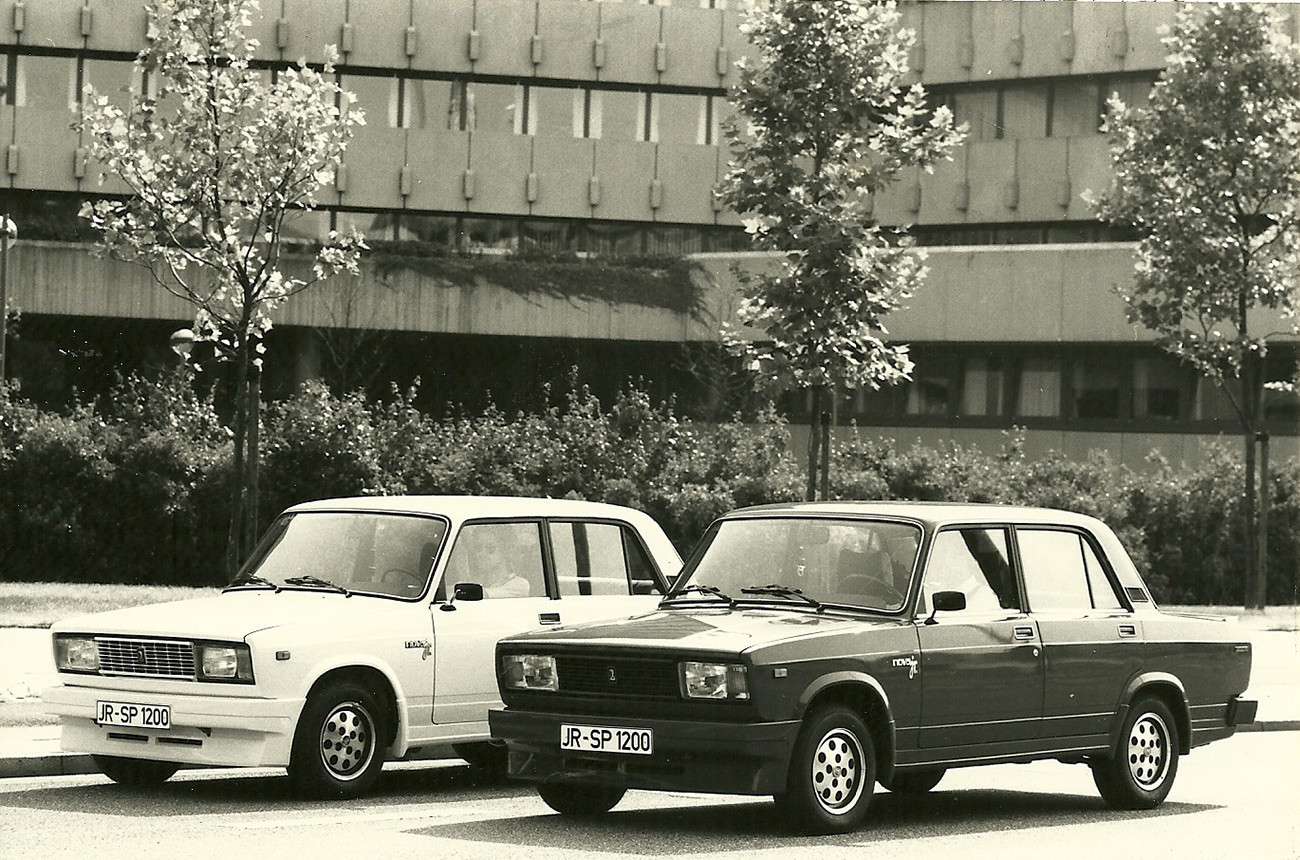 The Cuban and Brazilian names were intended to remind the world of the Soviet Union’s successes in space. To this day, “sputnik” remains one of the most recognizable Russian words. 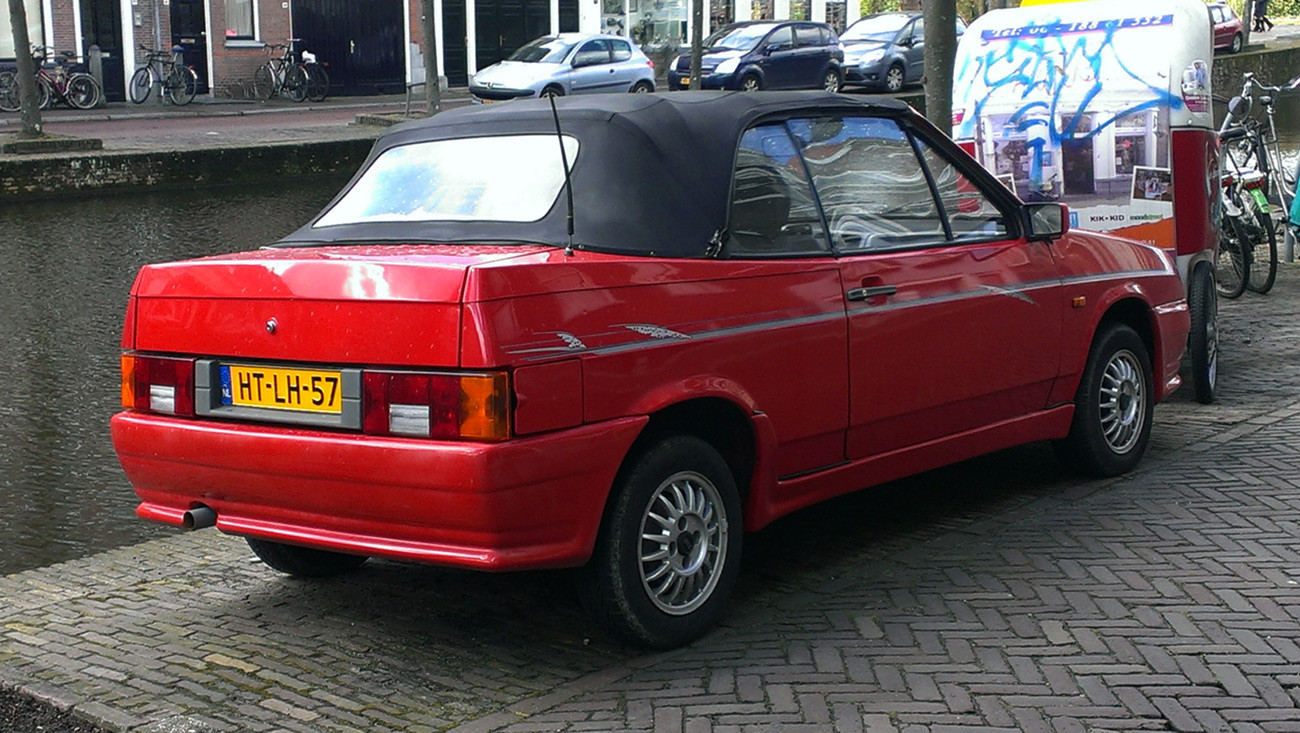 Well, what else could a convertible Lada be called? Yes, it really existed. The Natasha convertible on the basis of the three-door hatchback 2108 was delivered to Belgium, France, Holland, and Hungary by special order. From 1990 to 1995, about 450 of these unusual vehicles were made. 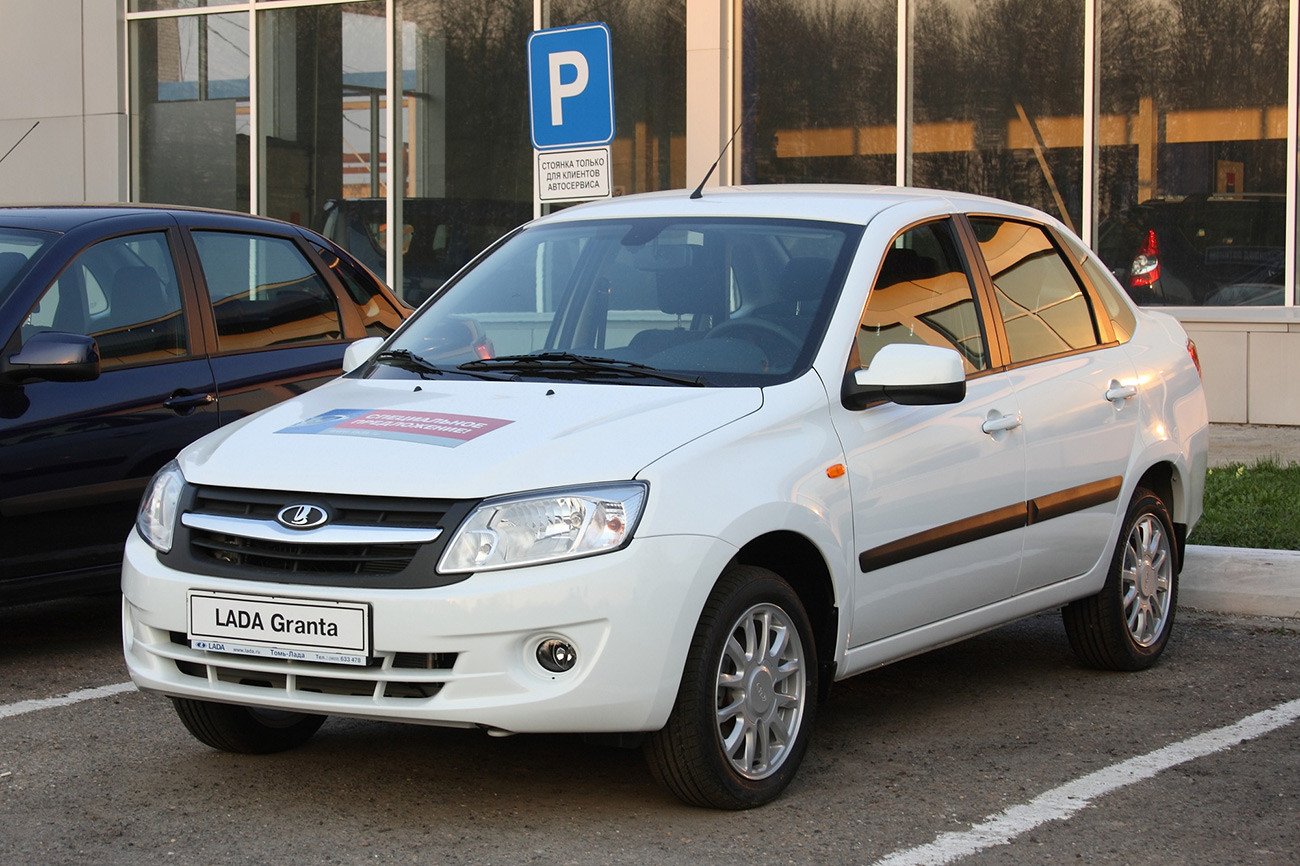 In Bolivia, locals call the Russian Lada Granta the barco pirata (pirate ship). When the car first went on sale there, local media attempted to explain the meaning of the word “Lada,” deciding that it derived from the Slavic word ladya meaning “boat.” Why it should be a pirate one is less than clear, but hey, at least they tried.