Why Stalin ordered the forced relocation of ethnic groups 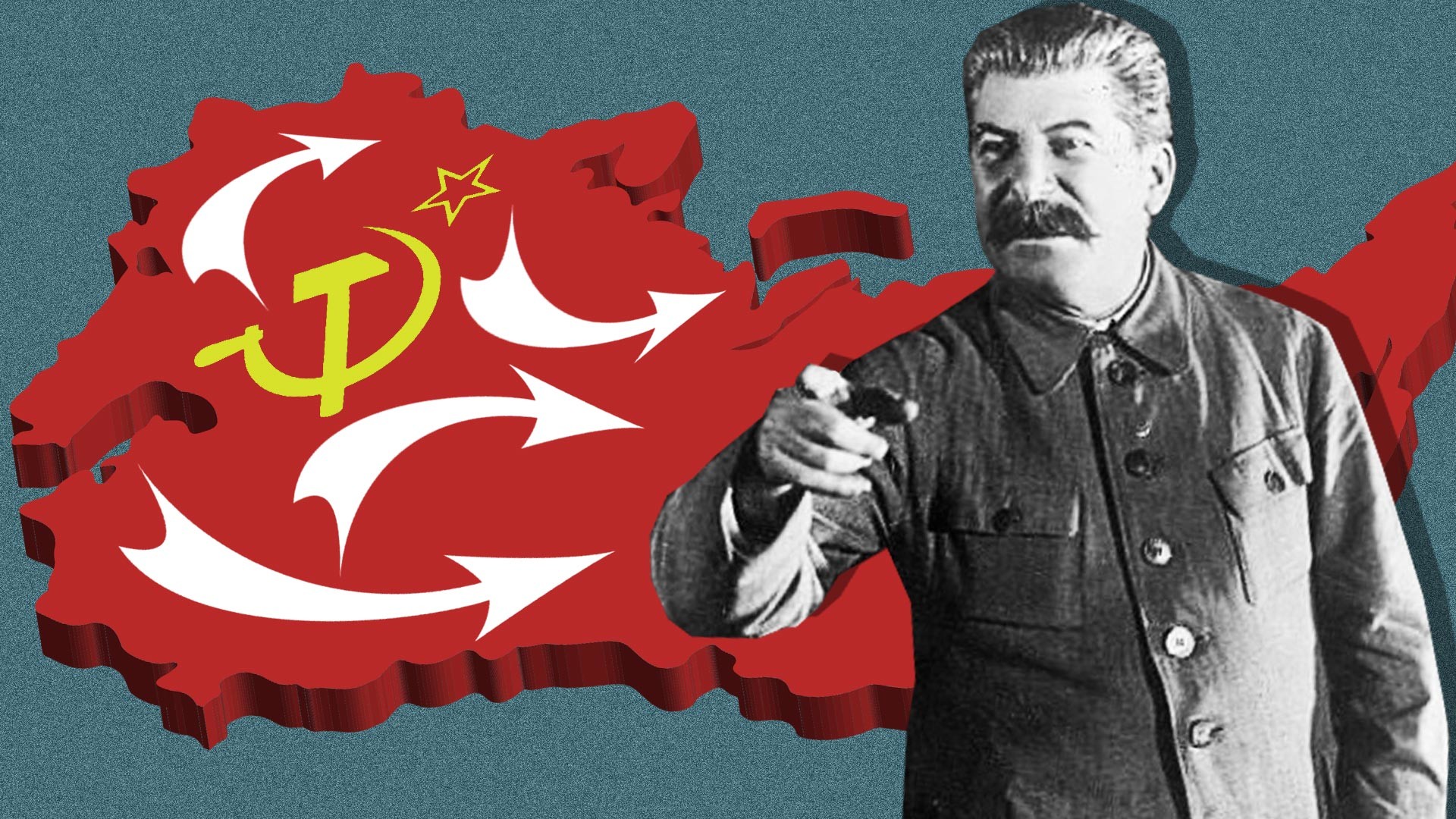 Archive photo; Legion media; Russia beyond
Deportations are one of the most tragic pages in Soviet history, and continue to be a sensitive issue for many members of the repressed ethnic and social groups. So what was the goal of that policy?

Millions of people in the USSR were caught up in the turmoil of political reprisals and deportations that swept the country in the 1930s-1950s. Their children and grandchildren today are still deeply affected by those tragic events.

The fact that wounds inflicted more than 70 years ago remain traumatic was highlighted by the success of two recent best-sellers by novelist Guzel Yakhina, who is a new star in Russian literature. Both touch on the theme of the deportations, and the tragic impact they left both in the lives of individuals and entire ethnic groups. 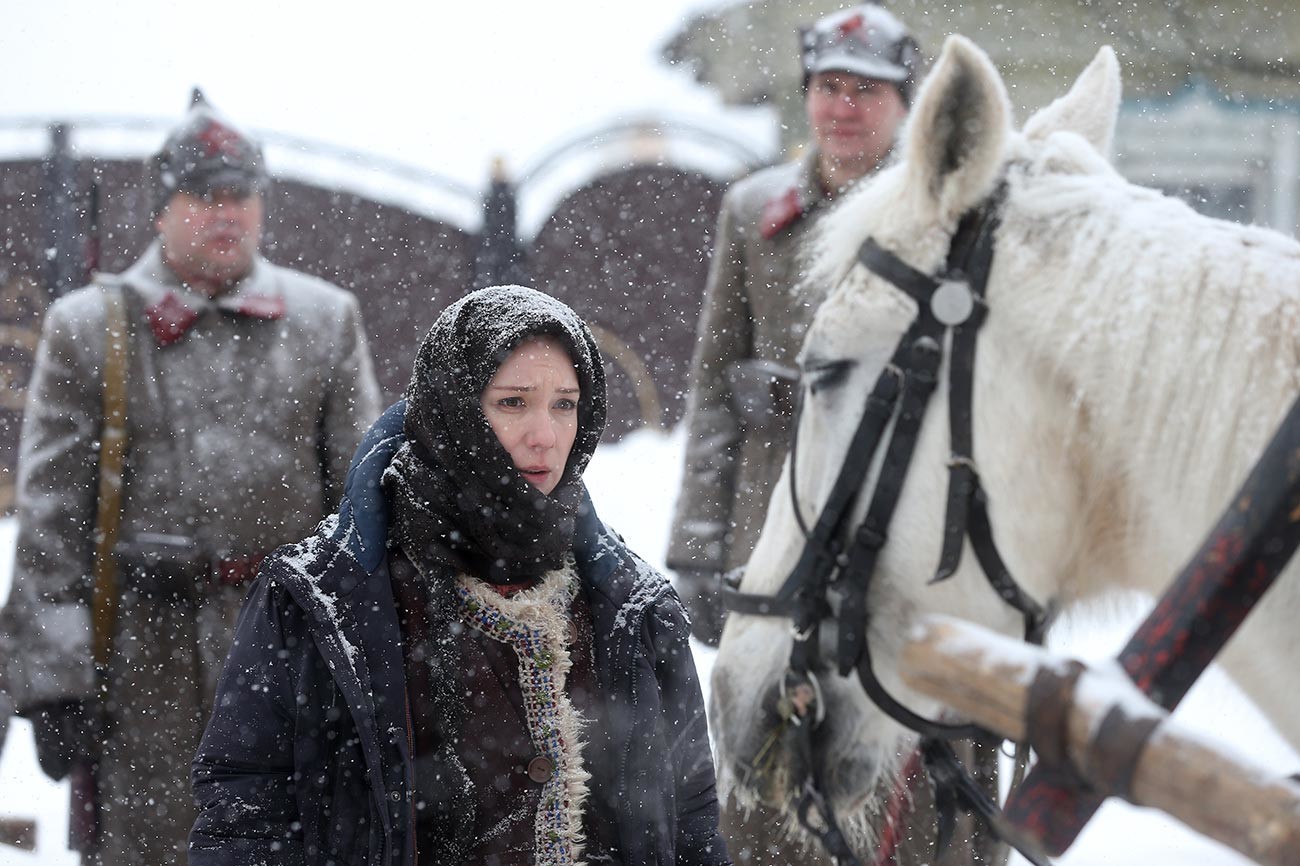 Yakhina's very successful debut novel, Zuleikha, has been translated into 30 languages and has been adapted for TV. The book describes the deportation of kulaks - wealthy peasants - from a Tatar village in the 1930s. All their property, provisions and livestock are taken by the Bolsheviks. Those who resist are shot; while others, having been deprived of their homes, are taken in freight cars, like cattle, away from their native villages and mosques - to the Siberian wilderness. There, they are supposed to build from scratch an exemplary Soviet settlement, where they'll have work, live in a regimented routine, with no God and, generally speaking, have a more modern life, albeit one imposed by force. 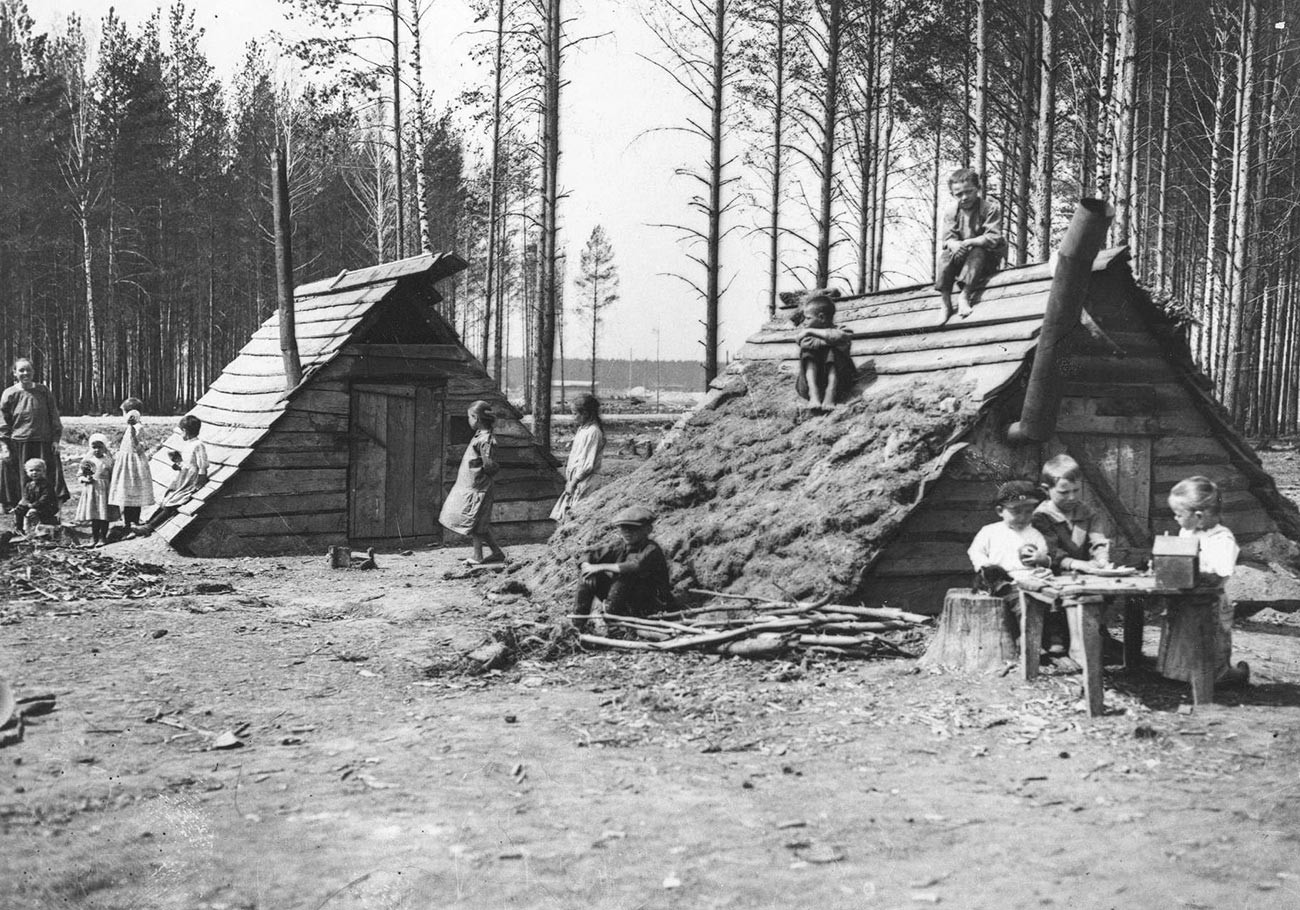 Her other novel, Children of Mine, tells the tale of the Volga Germans. They arrived in the Russian Empire a long time ago, at the invitation of Catherine the Great in the 18th century, and built towns on the banks of the Volga River with a distinctive culture and way of life. But the Soviet authorities also destroyed that and drove them from the Volga region, which long was their homeland, into the harsh steppes of Kazakhstan. In the novel, readers are presented with a heart-breaking description of deserted German villages: "The seal of devastation and years of sadness has fallen on the facades of houses, streets and people's faces."

Why were people deported?

The deportations were one form of Stalin-era political reprisals and one way to strengthen and centralize Joseph Stalin's personal power. The goal was to deplete the population of those areas with a large concentration of certain ethnic groups who had a distinctive lifestyle, as well as who spoke, raised their children and published newspapers in their ethnic languages. 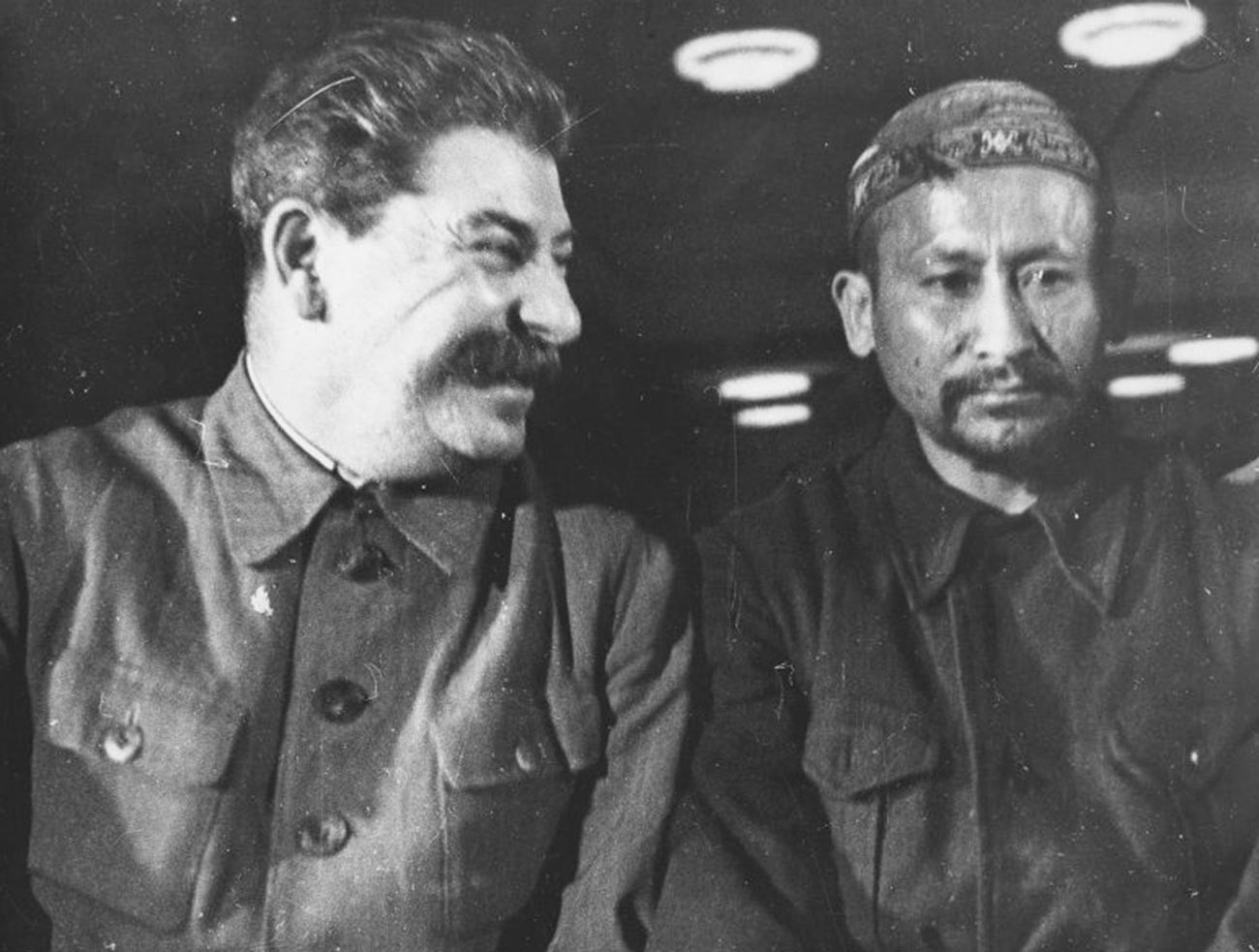 Many of those areas enjoyed a certain autonomy because at the dawn of the Soviet Union many republics and regions were formed along ethnic lines.

A researcher into Soviet deportations, historian Nikolai Bugai, says that Stalin and his associate, Lavrentiy Beria, saw deportations "as a way of settling interethnic conflicts, 'rectifying' their own mistakes and suppressing any manifestations of discontent with the anti-democratic, totalitarian regime".

Although Stalin, as Bugai points out, declared a course towards "mandatory observance of visible internationalism", it was important for him to eliminate all autonomies that could potentially secede, and to prevent any possibility of opposition to centralized power. 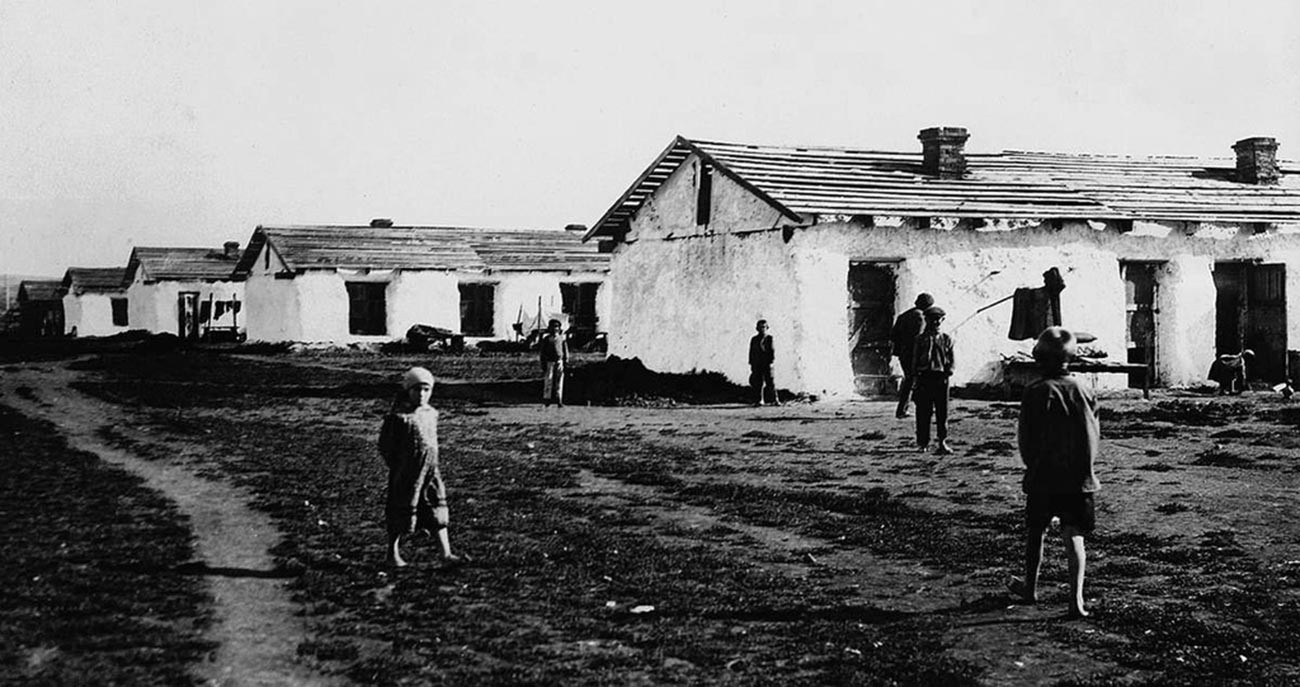 This method had been repeatedly used in Russia before. For example, when Moscow Prince Vasily III annexed Pskov in 1510, he evicted all influential families from Pskov. They were given land in other parts of Russia, but not in their native Pskov, so that the local elite could not, relying on the common people, further oppose the authorities in Moscow.

Vasily III borrowed this method from his father, the founder of the medieval Moscow state, Ivan Vasilyevich III. In 1478, after a victory over the Novgorod Republic, Ivan Vasilyevich carried out the first Russian deportation - he evicted more than 30 of the richest boyar families from Novgorod, and confiscated their property and land. The boyars were given new properties in Moscow and in cities in central Russia. In the late 1480s, more than 7,000 people were deported from Novgorod: boyars, wealthy citizens and merchants with their families. They were resettled in small groups in different cities - Vladimir, Rostov, Murom, and Kostroma - in order to "dissolve" the former Novgorod nobility among the population of central Russian. Following their deportation, the Novgorod families lost their elevated status, becoming  "ordinary" nobles in their new place of residence. 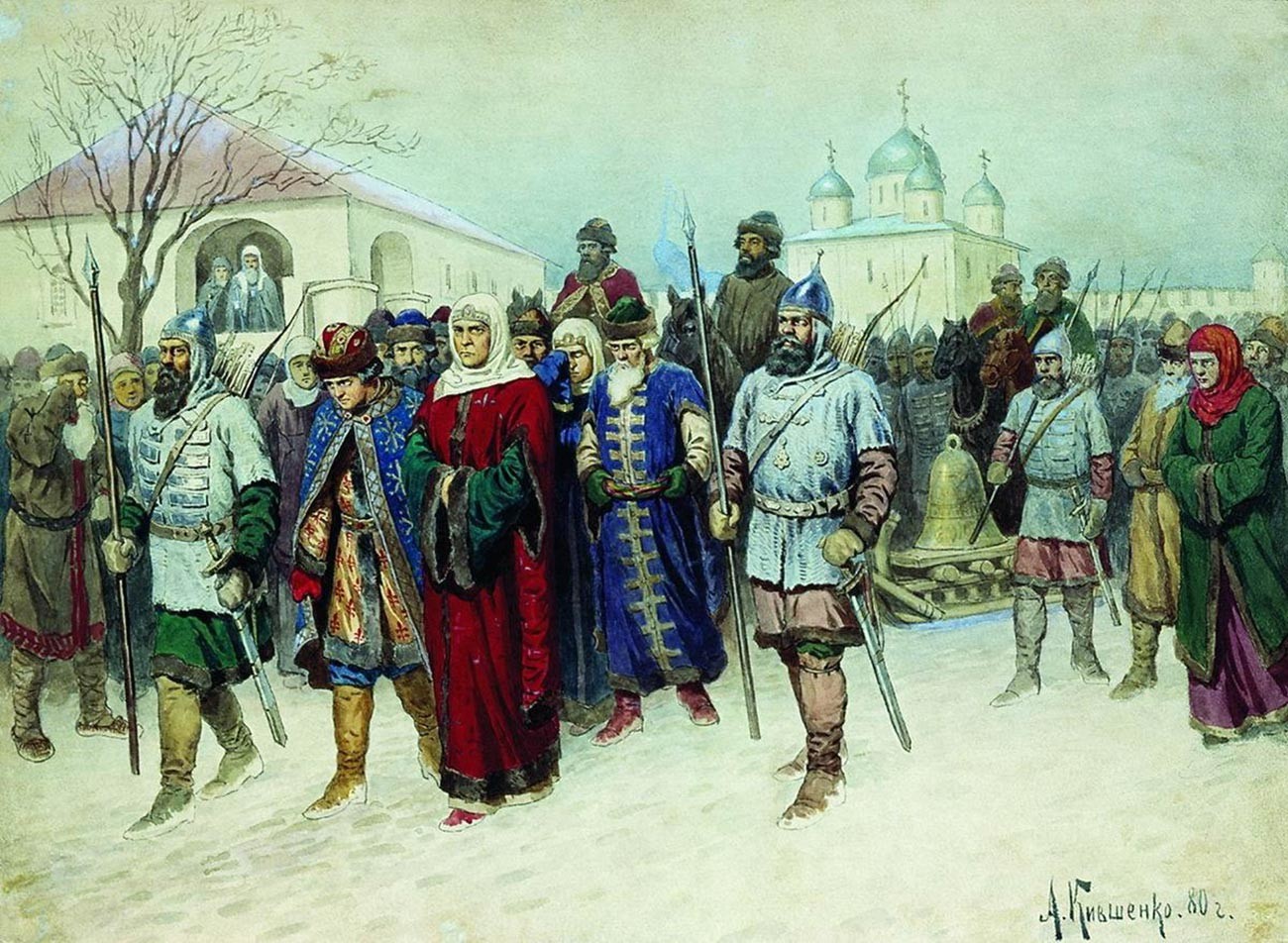 Martha the Mayoress Escorted to Moscow from Novgorod

The practice of deportations was also used in Tsarist Russia in later years, such as when the authorities sought to suppress local uprisings. For example, after the Polish uprisings of 1830 and 1863, thousands of Poles - participants in the uprisings and their sympathizers - were exiled to the heartlands of Russia, mainly to Siberia.

Who was deported and where?

Deportations in the USSR were carried out on a huge scale. According to documents from the NKVD (the forerunner of the KGB), in the 1930-1950s about 3.5 million people were forced to leave their places of origin. In total, more than 40 ethnic groups were resettled. Deportations mainly took place from border areas into remote regions deep inside the country.

The first deportation targeted the Poles. In 1936, some 35,000 "politically unreliable elements" from the former Polish territories in western Ukraine were resettled to Kazakhstan. In 1939-41, over 200,000 more Poles were deported to the Far North, to Siberia and Kazakhstan.

People from other border territories were also forcibly resettled: in 1937, more than 171,000 ethnic Koreans were deported from the eastern borders of the USSR to Kazakhstan and Uzbekistan. 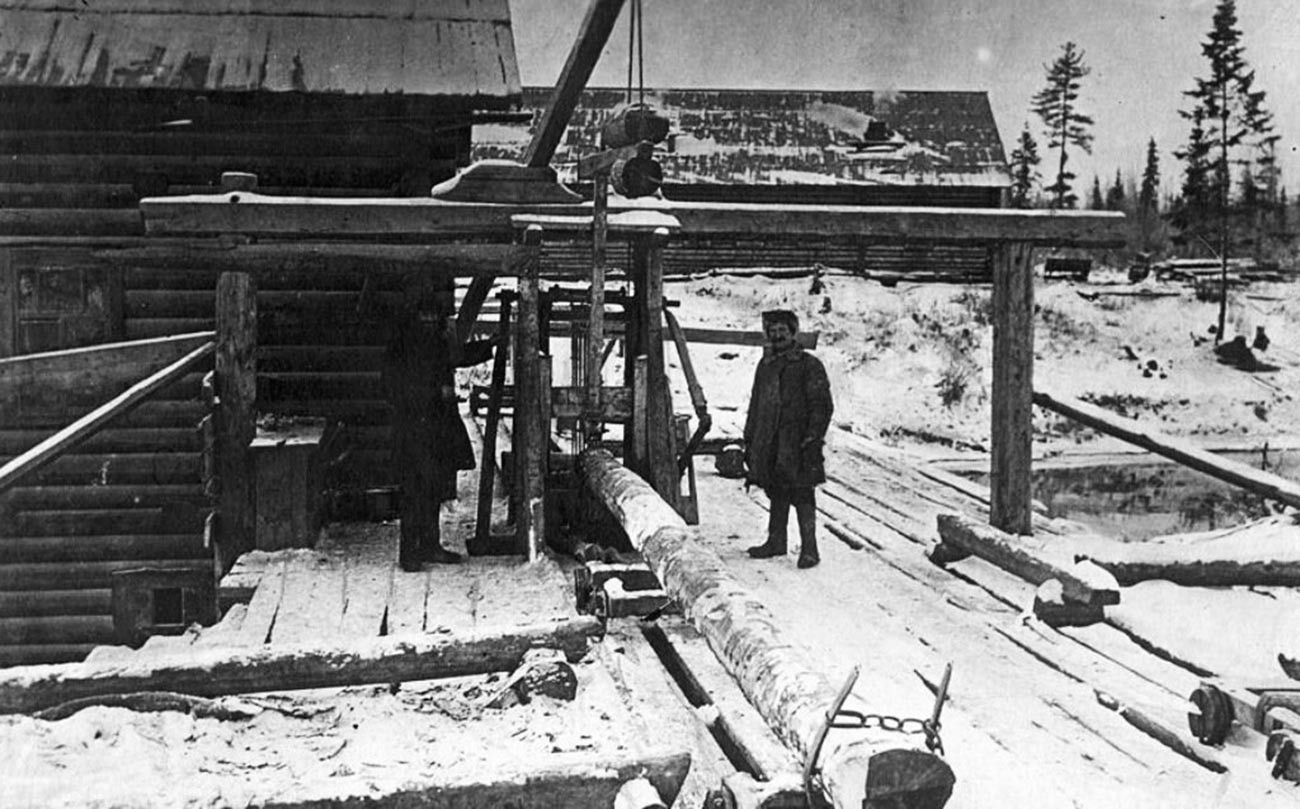 Starting in 1937, Stalin pursued a systematic policy of resettling ethnic Germans. With the outbreak of World War II, Germans became outcasts everywhere in the USSR. Many were denounced as spies and sent to the Gulag. By the end of 1941, about 800,000 ethnic Germans had been resettled inside the country, while for the duration of the war, the figure reached more than one million people. They were deported to Siberia, the Urals, Altai, and almost half a million Germans ended up in Kazakhstan.

The Soviet authorities also resettled people during the war. A huge number of people were deported from territories liberated from German occupation. Many peoples of the North Caucasus were evicted from their native land under the pretext of espionage and collaboration with the Germans: tens and hundreds of thousands of Karachays, Chechens, Ingush, Balkars, and Kabardians were deported to Siberia and Central Asia. Similarly, Kalmyks, as well as some 200,000 Crimean Tatars, were accused of aiding the Germans and resettled. Smaller ethnic groups were also targeted, including Meskhetian Turks, Kurds, Greeks and others. 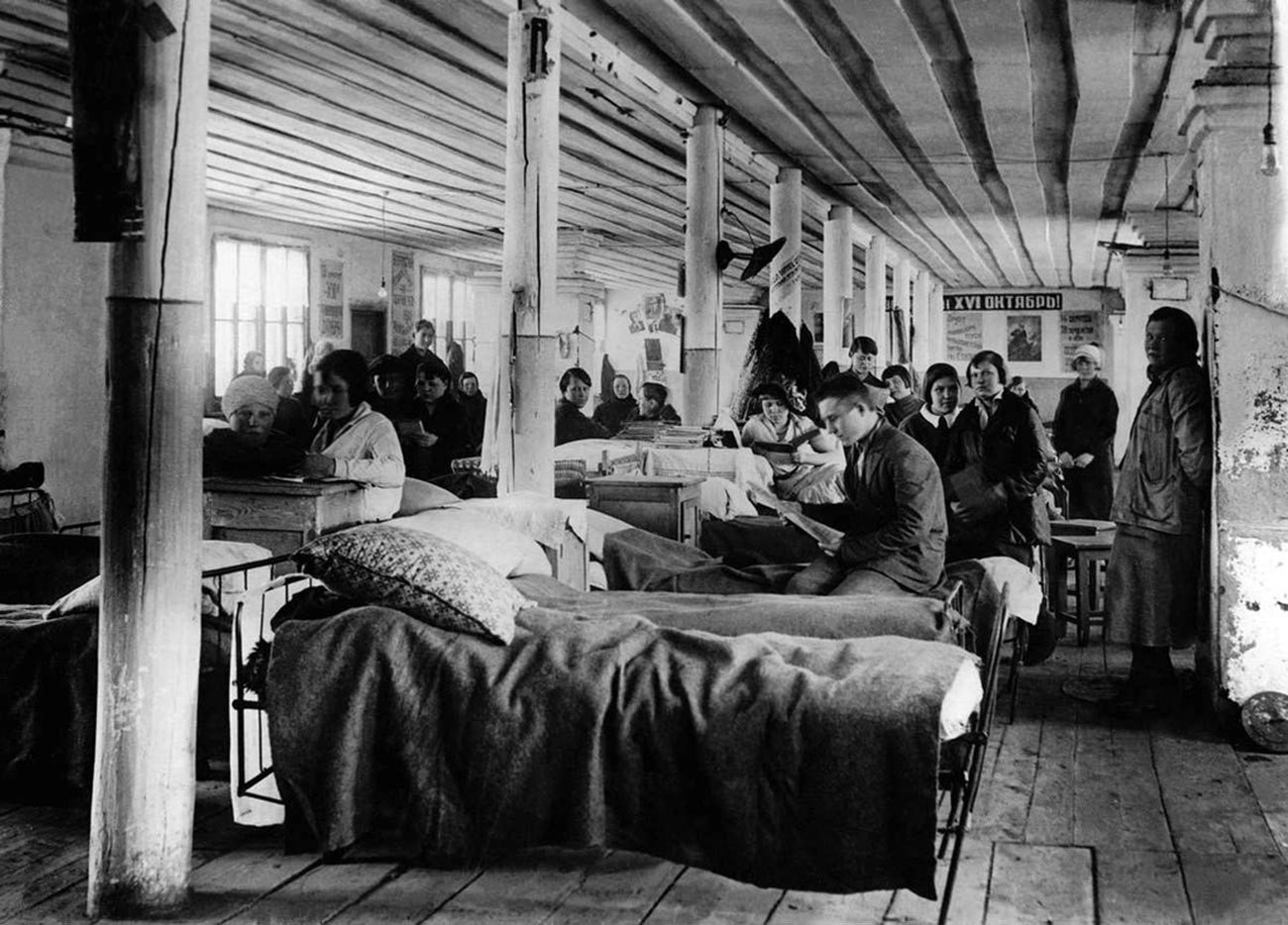 Inside the barrack in an Ural settlement

The inhabitants of Latvia, Estonia and Lithuania resisted incorporation into the USSR - anti-Soviet militants operated in the Baltics – which gave the Soviet government an excuse to be particularly tough in deportation campaigns targeting the residents of the Baltic republics.

How were deportations conducted?

People's Commissar of Internal Affairs, Lavrentiy Beria, personally signed detailed instructions for how deportations were to be organized. Furthermore, the instructions were different for each ethnic group. The deportations were carried out by local party bodies and Chekists dispatched to the relevant regions. They compiled lists of people to be deported, as well as prepared transport for taking them and their belongings to railway stations. 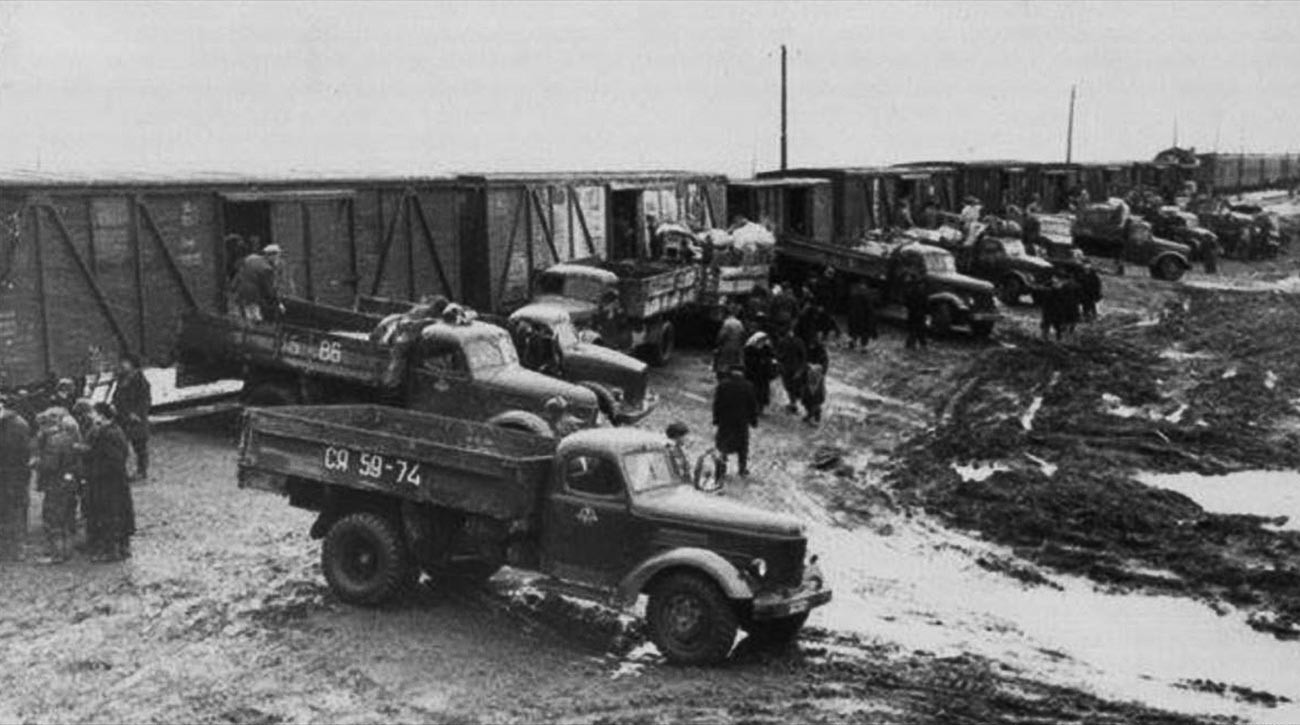 Officials getting ready to relocate people

People were given very little time to pack. They were allowed to take their personal belongings, small household items and money. All in all, a family's baggage allowance could not exceed a ton. In effect, people could take only the most essential things. 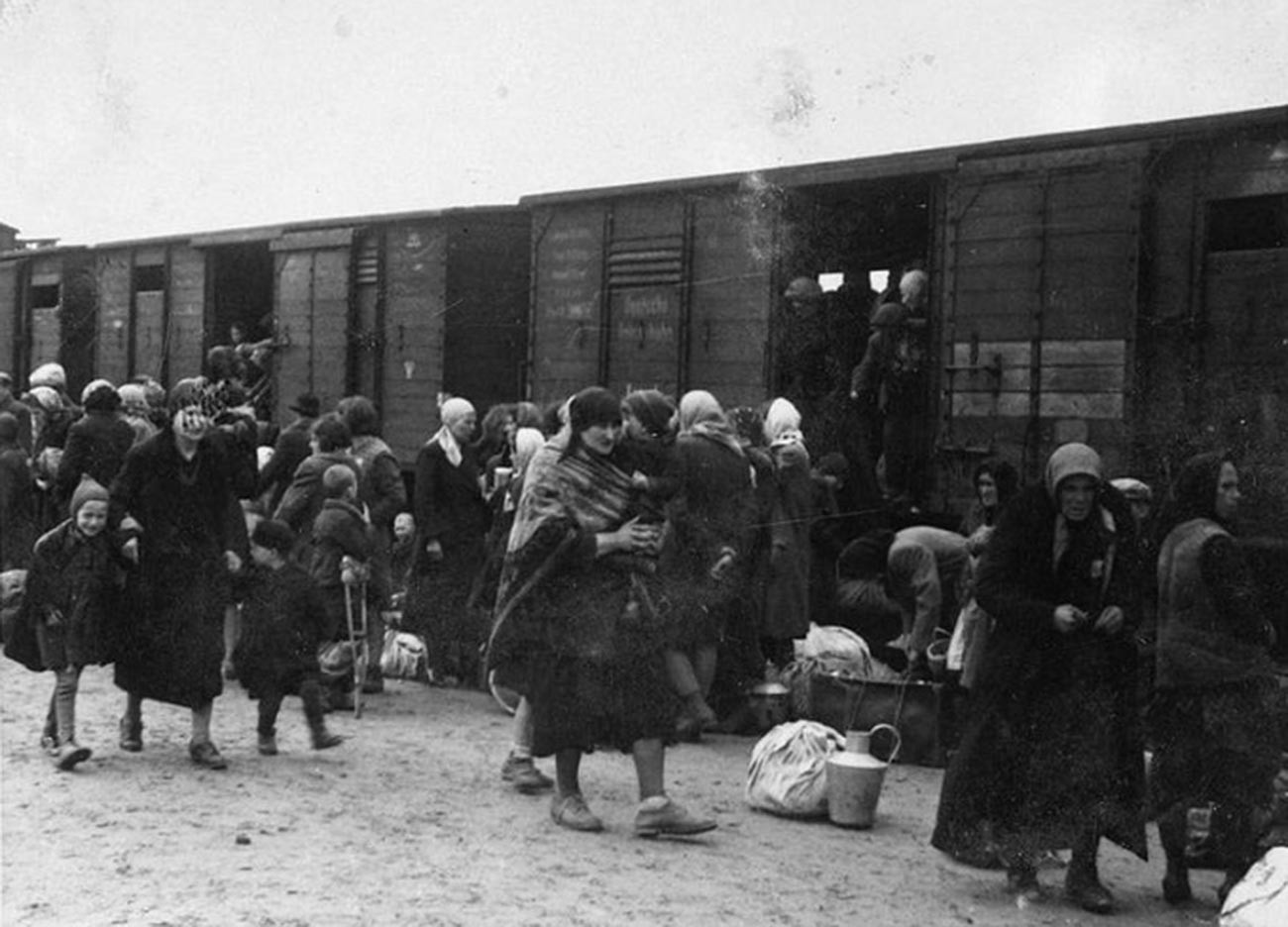 Resettlers board a train

Usually, each ethnic group was allocated several trains, with guards and medical personnel. Under escort, people were put into railway carriages, which were filled to capacity, and taken to their destination. According to the instructions, during the journey people were given bread and a cooked meal once a day.

A separate instruction set out in detail how life was to be organized in special settlements where the deported peoples were to live. Able-bodied settlers were involved in the construction of barracks, and later of more permanent residential buildings, schools and hospitals. Farming and cattle breeding could only be done in collective farms. Control and administrative functions were performed by NKVD officers. At first, settlers' life was very hard, food was scarce, and people suffered from diseases. 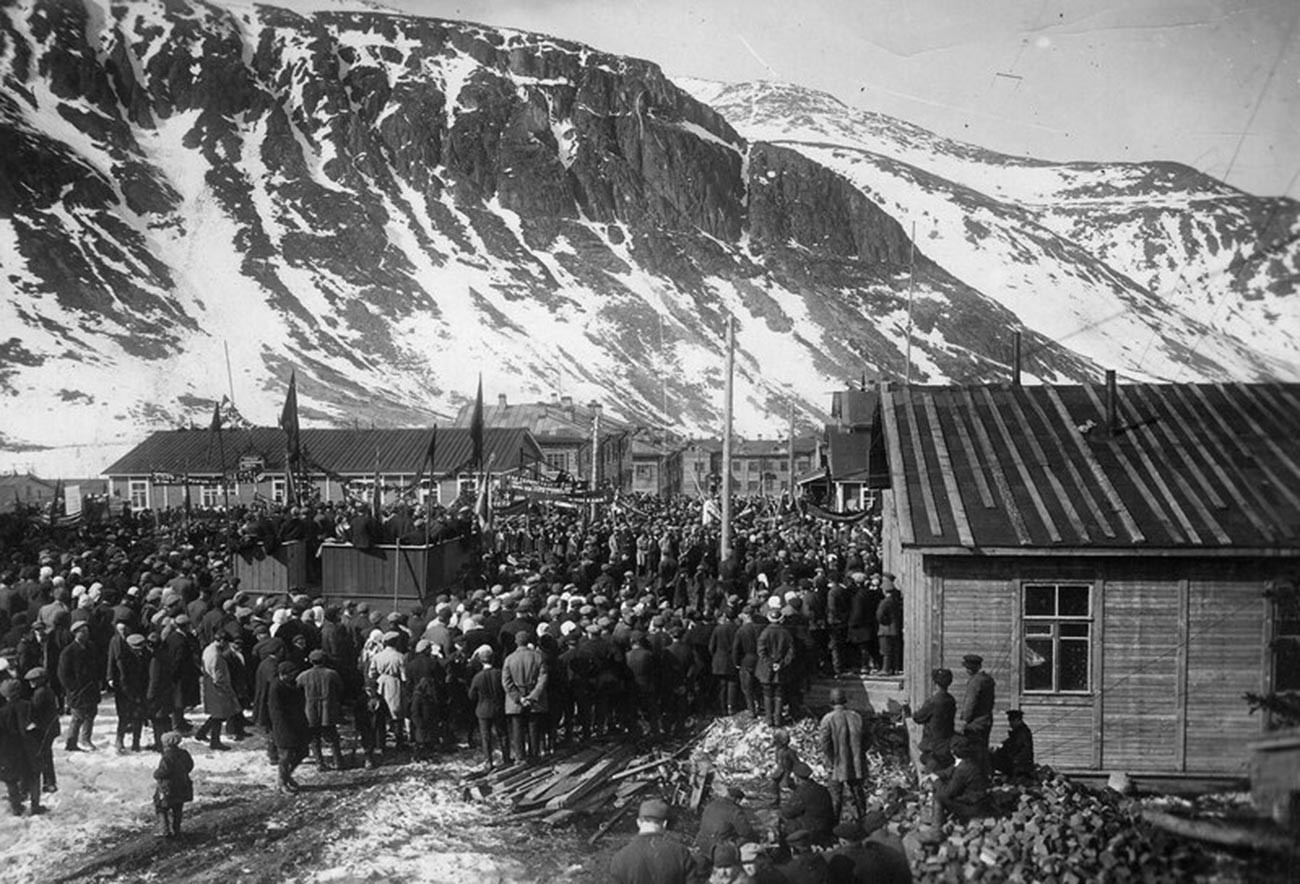 A special settlement in the Khibiny Mountains

Deported peoples were forbidden from leaving their new place of residence on pain of imprisonment in the Gulag. Only after Stalin's death was the ban lifted and they were free to travel anywhere in the Soviet Union. In 1991, these actions of the Soviet authorities were declared unlawful and criminal, and – in relation to some ethnic groups - even recognized as genocide.