How Lithuania conquered half of Russia 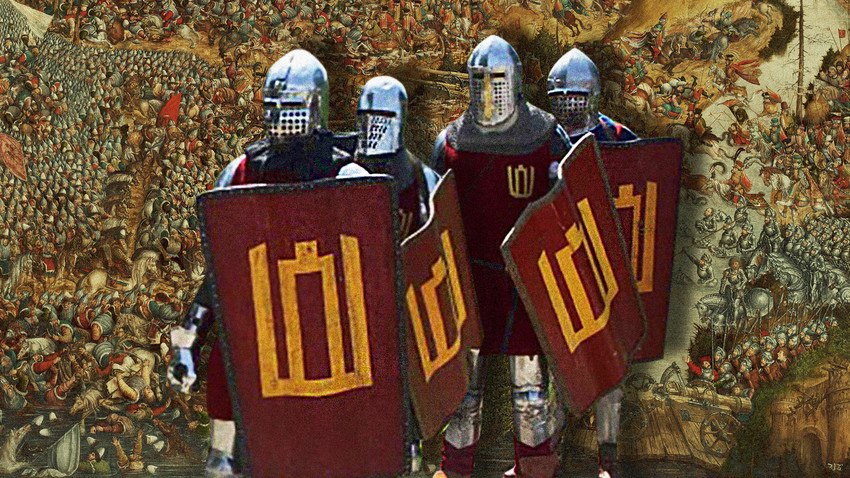 National Museum in Warsaw, M.K./Wikipedia
In the Middle Ages, Moscow was by no means the only center of gravity in the Russian lands. For several centuries, the Grand Duchy of Lithuania had designs on its own unified Russia.

Today, Lithuania is a small country on the north-eastern fringe of the European Union. However, 600 years ago it was one of the largest and most powerful states in Europe.

Having been destroyed by the Mongols, Russia was fertile soil for Lithuanian expansion. Through dynastic marriages, military campaigns, and outright annexation, Lithuania subjugated vast swathes of the variegated Russian principalities – so much so that it threatened Moscow’s status as the center of Russian unification.

When, in the early 13th century, the East Baltic pagan tribes suffered the horrors of the Northern Crusades, it seemed that the Lithuanians would share the sad fate of other Baltic tribes crushed by the Teutonic Knights. 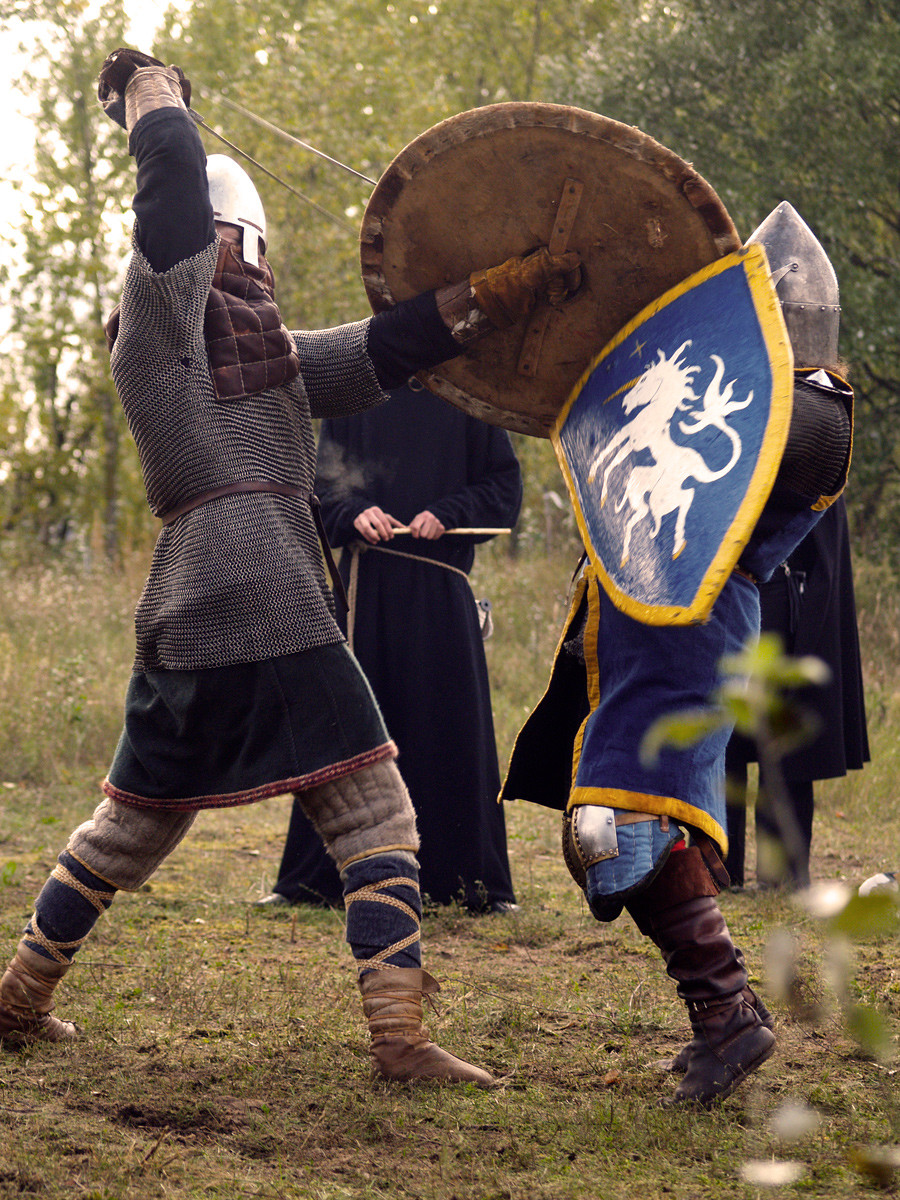 Surprisingly, however, the Lithuanian tribes managed to consolidate and not only halt the German onslaught, but inflict some punishing counterattacks on the aggressors. In 1236, at the Battle of Saule, they almost completely destroyed the Livonian Brothers of the Sword, a Catholic military order operating in the territories of modern Latvia and Estonia. Interestingly, 200 soldiers from Pskov, then an ally of the order, perished along with the swordsmen.

From the west (today’s Kaliningrad Region), the Teutonic Order subdued the Prussian tribes on its way to the Lithuanian lands. The Teutons annexed the remains of the so-called Sword Brethren, forming the Livonian Order, and set about clamping the Lithuanians in a pincer movement from both sides.

The Lithuanian rulers realized that they couldn’t survive in isolation. Fortunately for them (but not for the Russians), in 1237 the Mongols invaded the Russian principalities, which largely solved Lithuania’s problems.

From small state to Grand Duchy

Its expansion into the Russian lands was not all through fire and sword, however. In fact, the annexation was largely peaceful, for in the powerful Lithuania the Russian rulers saw the chance of protection from the Mongols. The Lithuanians in turn received much-needed support in the struggle against the Teutonic Knights, and they too were threatened by the marauding Mongols.

The Lithuanian princes did not encroach on the rights of the local nobility, establishing relations with regional rulers under a vassalage system. In case of military exigency, they could rely on local armed contingents.

In the mid-13th century, Lithuania annexed the so-called “Black Russia,” the territory of modern western Belarus, renaming itself the Grand Duchy of Lithuania.

The Grand Duchy reached its maximum extent in the 14th century under Princes Gediminas and Algirdas. The Lithuanian state included vast territories that today lie inside Belarus, Ukraine, and south-west Russia. 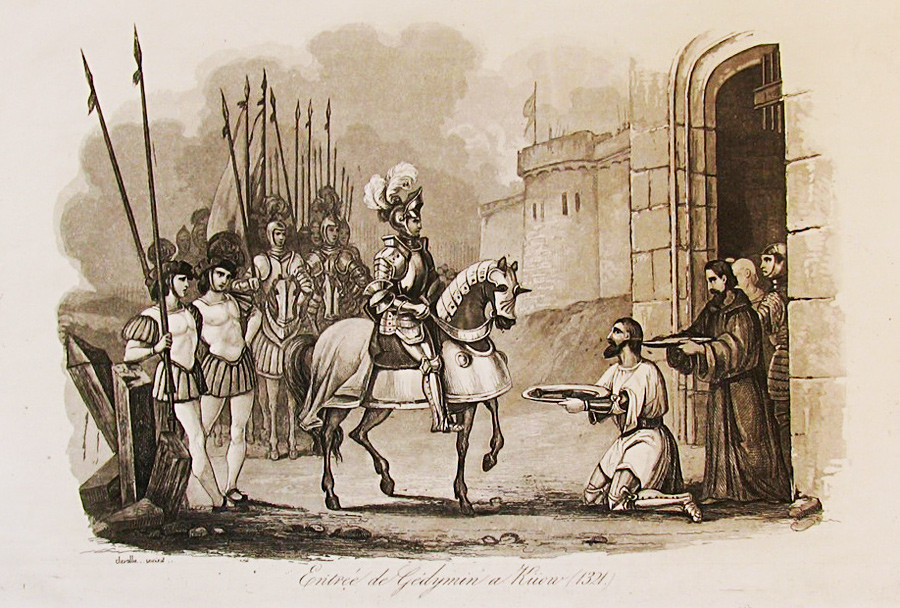 Gediminas enters Kiev. The painting from one book by Leonard Chodźko (1824)

Now the Grand Duchy of Lithuania had to reckon not only with its old enemy the Teutons, but also the Mongols, the Poles, the Hungarians, as well as the Muscovites. Moscow and the Lithuanian territories were separated by no more than 200 kilometers.

The Grand Duchy of Lithuania was only Lithuanian in name. 90% of its population was made up of the ancestors of modern Russians, Belarusians, and Ukrainians. Maintaining the integrity of such a patchwork state was not an easy task, and its rulers had to skillfully navigate between different groups of subjects.

A central pillar of the state was tolerance. Although officially pagan, not only did it not violate the rights of the Orthodox population, it actively supported them. In 1316, the Lithuanians even sought to set up its own metropolitan see in Novogrodok (modern Novogrudok in Belarus), and established direct contacts with the Patriarch of Constantinople. 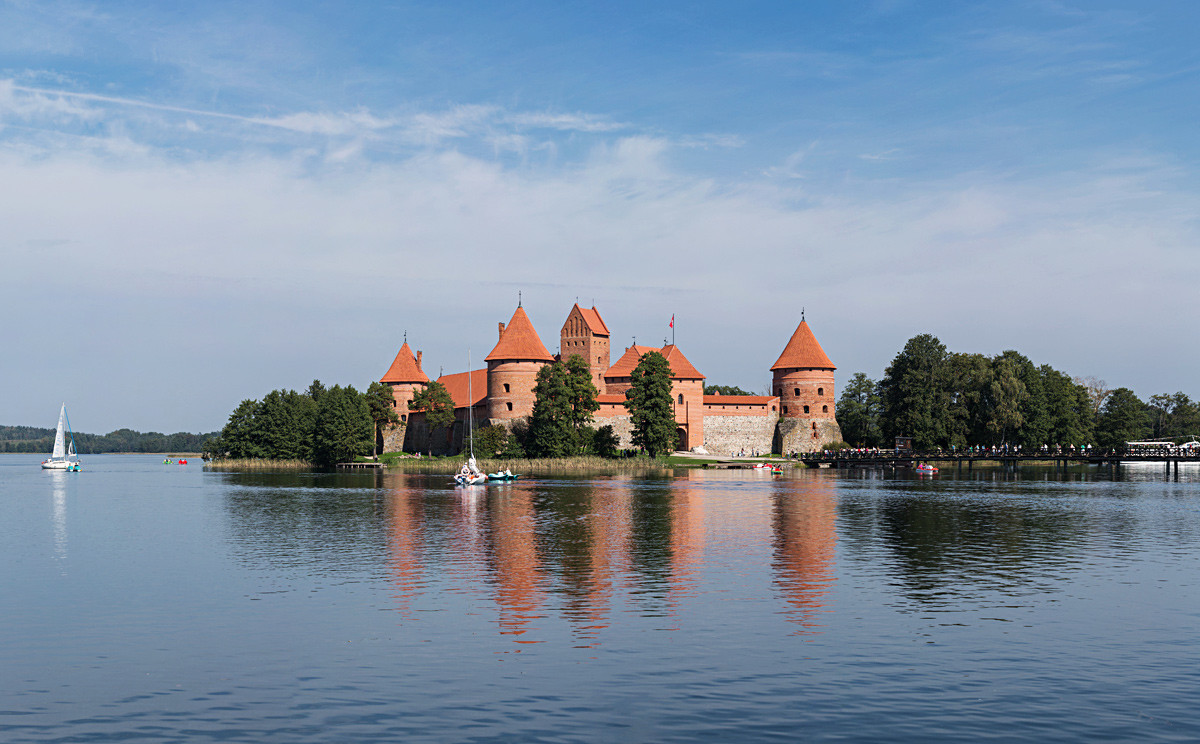 Much later, in the 16th century, the ambassador of the Holy Roman Empire, Sigismund Herberstein, wrote about the Lithuanian capital, then called Vilna: “There are considerably more Russian churches than ones of the Catholic faith.”

The Lithuanian princes first established a protectorate, before finally annexing Kiev in the 1360s, recognizing it as the “mother of Russian cities.” Ruthenian supplanted Lithuanian as the official language, and remained so until the late 17th century.

Lithuania pulled out all the stops to demonstrate to the Russian principalities and its main rival in the east, the Grand Duchy of Moscow, that it was the political and spiritual center of unification for the Russian lands.

A choice of civilization

For a long time, the Lithuanian princes maneuvered between the Catholic and Orthodox worlds without taking sides. 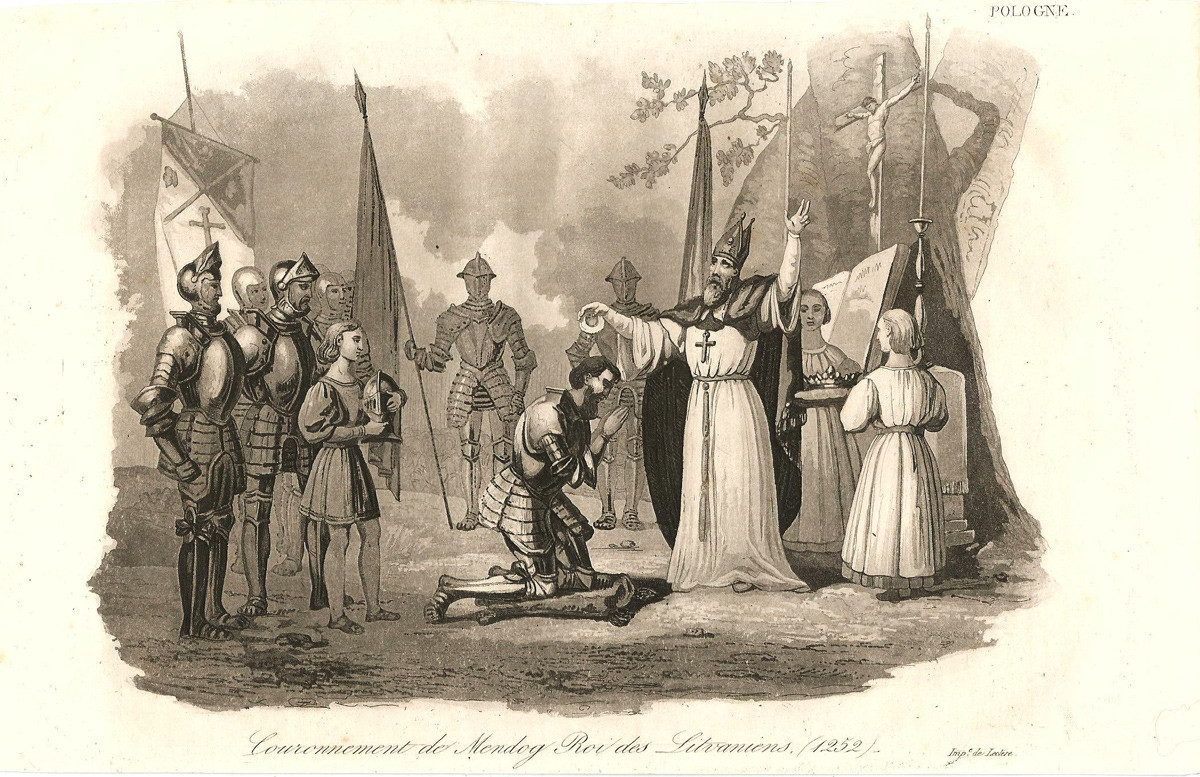 Coronation of Mindaugas. The painting from one book by Leonard Chodźko (1824)

For instance, Grand Duke Mindaugas was baptized into Catholicism and crowned “king of Lithuania” by Pope Innocent IV. However, after his death in 1263, Lithuania returned once more to the fold of paganism, which, incidentally, did not prevent Mindaugas’ son Vaisvilkas, who succeeded his father, from being a fanatical adherent of Orthodoxy.

However, this state of affairs could not continue indefinitely. As the last pagan state of Europe, the Grand Duchy of Lithuania could not be regarded as an equal by the Christian sovereigns of Europe. It also played into the hands of the Teutonic Order, which could legitimately wage unending holy war against Lithuanian paganism.

The situation was resolved by Lithuania’s political and cultural convergence with Poland, with whom it had fought against the Teutons. In 1387, the Grand Duke of Lithuania, Jogaila, who was concurrently King of Poland under the name Wladyslaw II Jagiello, converted Lithuania to Catholicism. 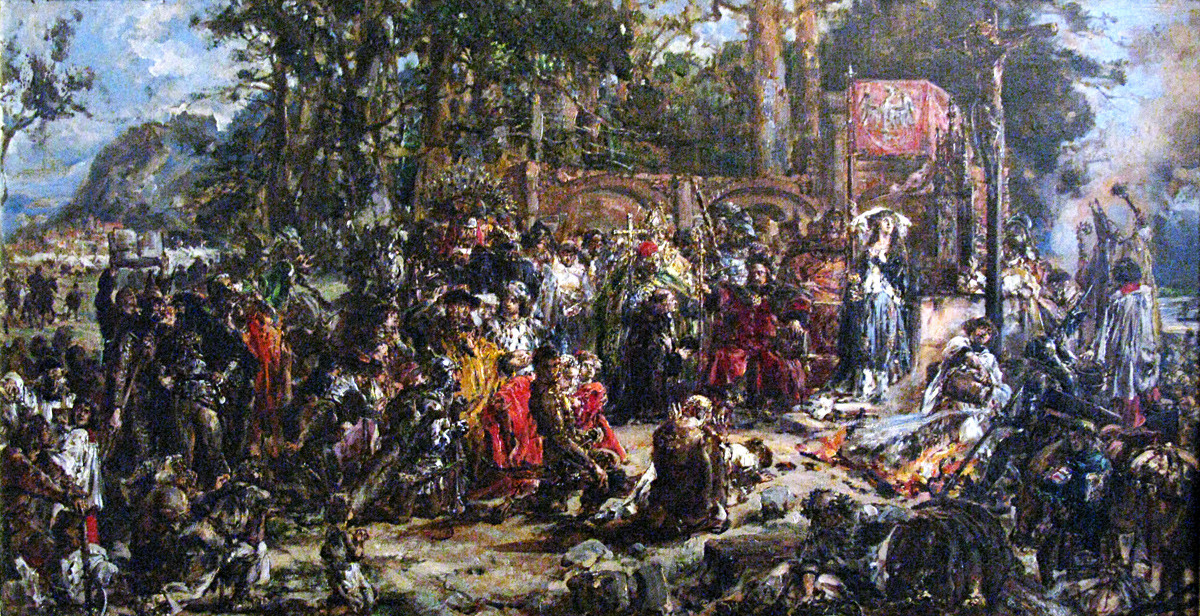 Jan Matejko. The Baptism of Lithuania

From that moment on, the Grand Duchy’s encouragement of Orthodoxy ceased, and the Catholic faith took root. Hence, Lithuania could no longer lay claim to the title of unifier of the Russian lands.

The union of Lithuania and Poland as one state in the 16th century exerted tremendous political, cultural, and religious pressure on the Grand Duchy’s Orthodox population, namely the Belarusian and Ukrainian people. Over the coming centuries, they would be a bone of contention between the Polish and Russian civilizations. It remains a live issue to this day.