History
Boris Egorov
Vladimir Khotinenko/TRITE/2007
At the beginning of the 17th century, the Poles had a chance to crush their main rival and become the ruler of Eastern Europe.

For centuries, Eastern Europe was a battleground between two Slavic peoples: the Russians and the Poles. More often than not, the more numerous Russians emerged victorious, so much so that Poland was wiped off the map more than once.

However, there was one moment in history when the Poles had a real opportunity to bring their rival and neighbor to its knees. That was at the turn of the 17th century, when Russia was in the throes of political turmoil following the death of Ivan the Terrible, known as the Time of Troubles. Forces of the Polish-Lithuanian Commonwealth occupied the Kremlin, and the Polish heir to the throne was elected Russian tsar.

In the late 16th century, the Rurikid dynasty, which had ruled the Russian polity for more than seven centuries, fizzled out. The youngest son of Ivan the Terrible, Tsarevich Dmitry, died in mysterious circumstances in 1591, and the death of the childless Fyodor I (the sickly son of Ivan the Terrible) plunged the country into endless power struggles and games of musical chairs among the boyar (noble) families, with more than a few impostors and pretenders to the throne along the way. 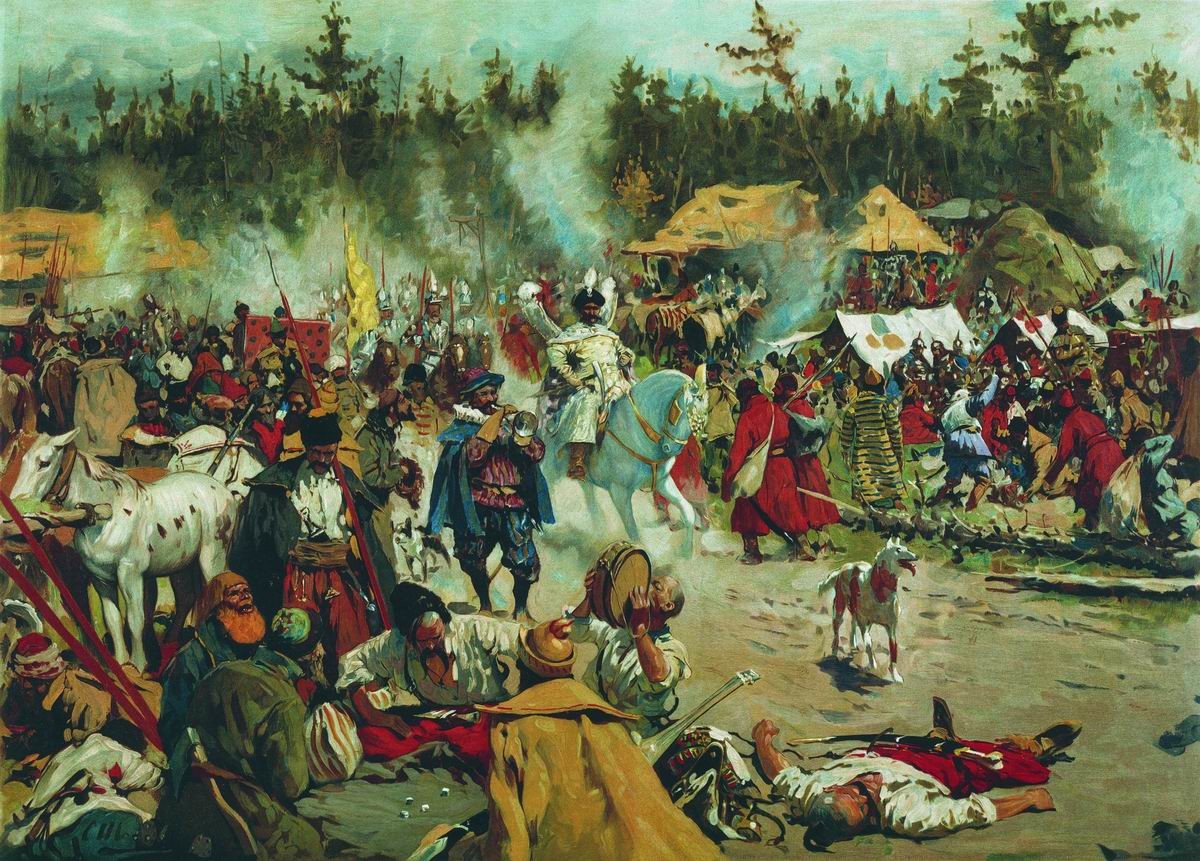 As the main Western rival of the Tsardom of Russia (as it was known back then), the Polish-Lithuanian Commonwealth kept an interested eye on events unfolding in its large neighbor, waiting for the best moment to pounce.

The first incursion by the Polish-Lithuanian army came in 1604, led by the so-called False Dmitry I – one of the pretenders to the Russian throne, who claimed to be Tsarevich Dmitry miraculously saved from assassination, but was in fact the monk Gregory Otrepiev.

The idea of ​​placing their own handpicked tsar on the Russian throne was very tempting for the Poles. Having officially distanced himself from the impostor, King Sigismund III and the Sejm (the Polish-Lithuanian parliament) secretly gave carte blanche to barons Jerzy Mniszech and Konstantin Vishnevetsky, who organized the campaign. 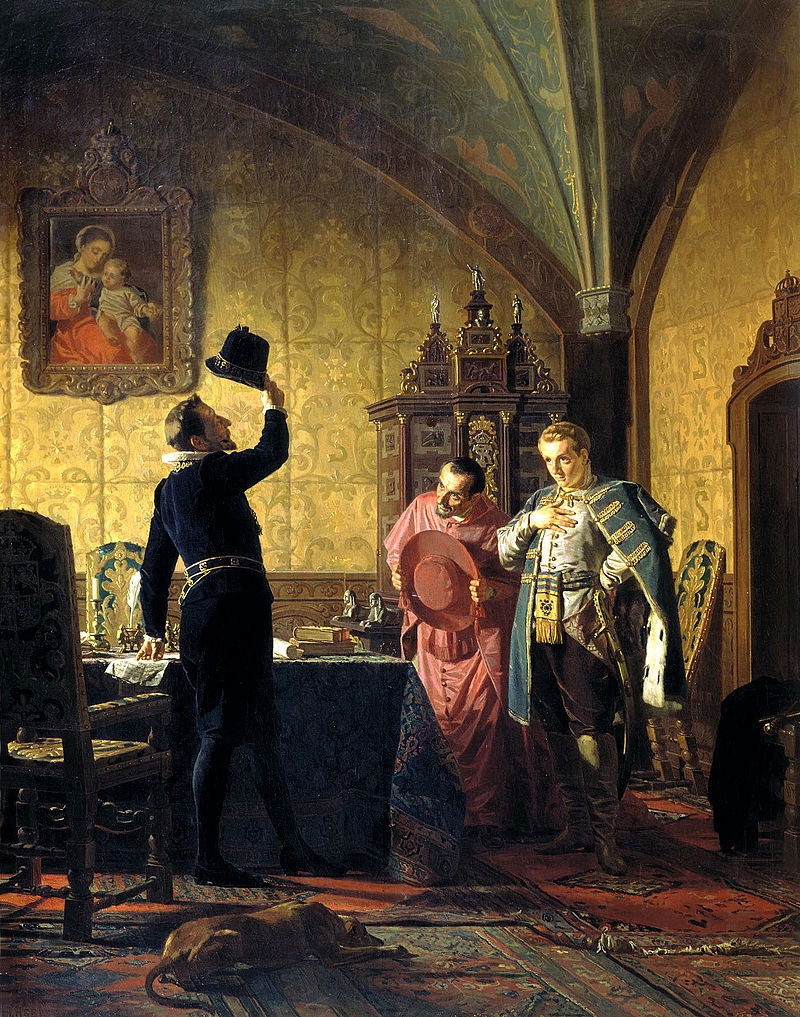 Despite Polish hopes, the impostor did not become a puppet in their hands, failing to fulfill a single promise he had made on the eve of the invasion, namely to cede part of Russia’s western lands, to start building Catholic churches in Russia, and to open the country up to the Jesuits.

However, the False Dmitry had his own bugbear in the shape of the local nobility, which itself was power-hungry. On May 27, 1606, the impostor was murdered, and a lull ensued in the Polish campaign to seize the heart of Russia. 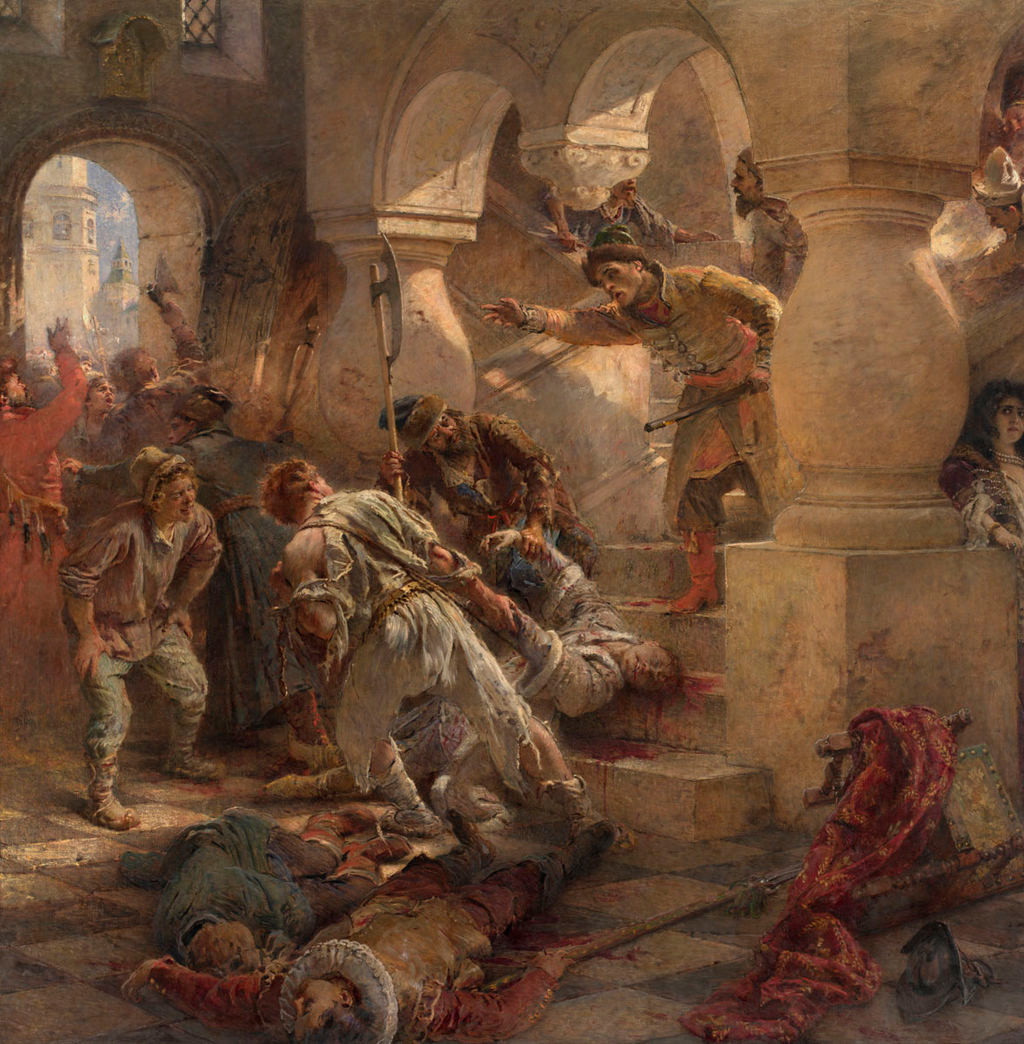 In 1609, rumors reached Sigismund III that some Moscow boyars, dissatisfied with the policies of the newly elected tsar, Vasily IV, were not opposed to raising his son, Prince Vladislav, to the Russian throne. The Russian nobility, weary of civil strife, were becoming increasingly inclined to the idea of inviting a candidate from outside one of the boyar clans; the son of the Polish ruler fit the bill nicely.

Tsar Vasily IV himself provided Sigismund with a pretext to invade. Faced with another pretender, False Dmitry II, he turned for military assistance to the Swedes – the enemies of the Polish-Lithuanian Commonwealth, which grossly violated the Polish-Russian agreements. The Polish royal army promptly invaded the Russian state. 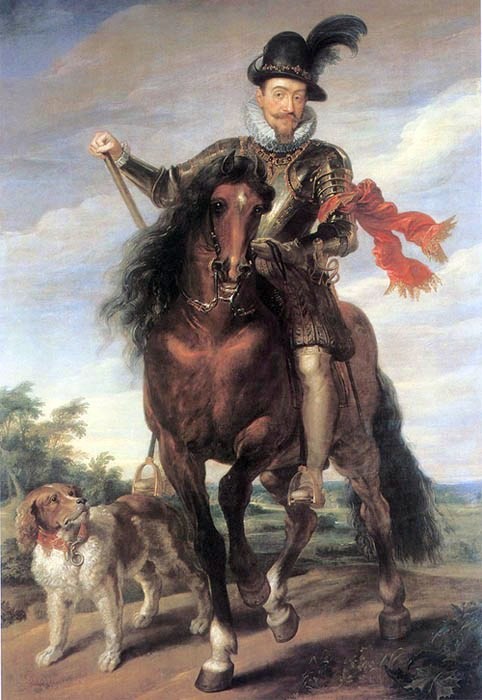 A delegation of boyars was dispatched to the camp of the Polish king, who had besieged Smolensk, offering to place his son in charge of the Russian state, “if the king only agrees to retain the Greek [i.e. Orthodox] faith and not intervene in the ancient rights and liberties of the people of Muscovy, but to grant additional rights and liberties hitherto unknown in the State of Muscovy.”

On July 4, 1610, at the Battle of Klushino, the Polish-Lithuanian army under Hetman Stanislav Zolkiewski defeated a combined Russian-Swedish force, and Vasily IV was overthrown. Just two months later, the Russian people swore allegiance to the “Tsar and Grand Prince Vladislav Sigismundovich” (i.e. the son of Sigismund III).

The new tsar was himself absent at the oath ceremony, so Zolkiewski stepped in. Afterwards, official deeds were sent to other cities. The hetman later wrote in a letter to the Polish king: “God alone knows what lies in the hearts of the people, but, as far as one can perceive, the Muscovites sincerely wish the prince to reign over them.” 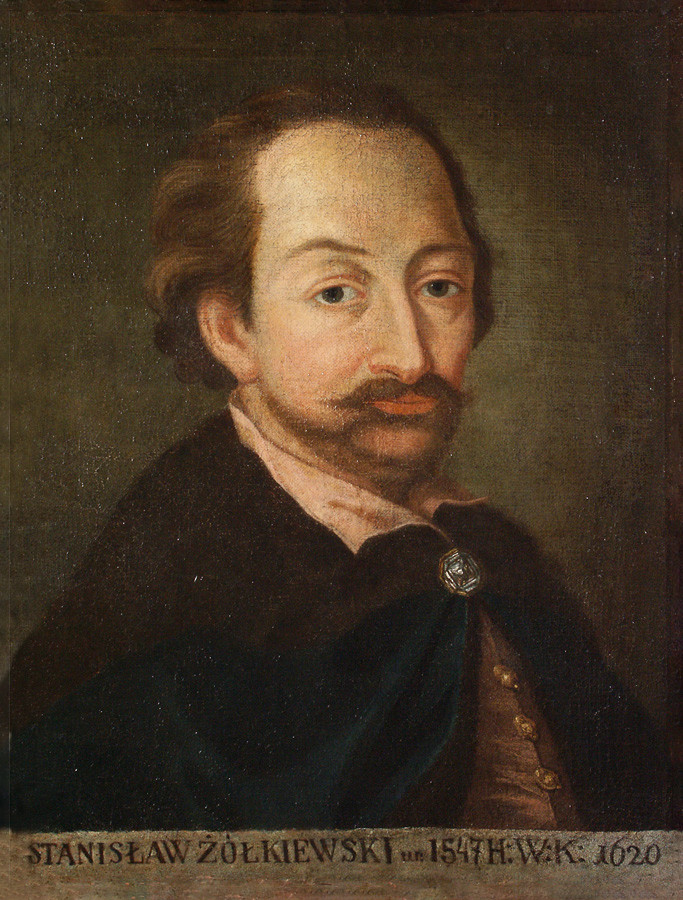 A tsardom without a tsar

The crowning of Vladislav in no way entailed the immediate accession of the Russian state to the Polish-Lithuanian Commonwealth. On the contrary, according to the Polish-Russian agreements, neither the Catholic faith, nor the Polish gentry had the right to establish themselves on Russian soil or encroach upon the local customs and rights. Instead of becoming one, the two states concluded a “perpetual peace,” pledging to act jointly against common enemies and to conduct free trade among themselves.

Nevertheless, this could hardly prevent the Poles from sinking deep roots into the managerial affairs of the Russian state. They already had successful experience of absorbing the Grand Duchy of Lithuania, where, following the union of 1569, the Poles had peacefully, and with little persecution of the Orthodox population, concentrated the levers of power in their own hands, sidelining the Lithuanians. 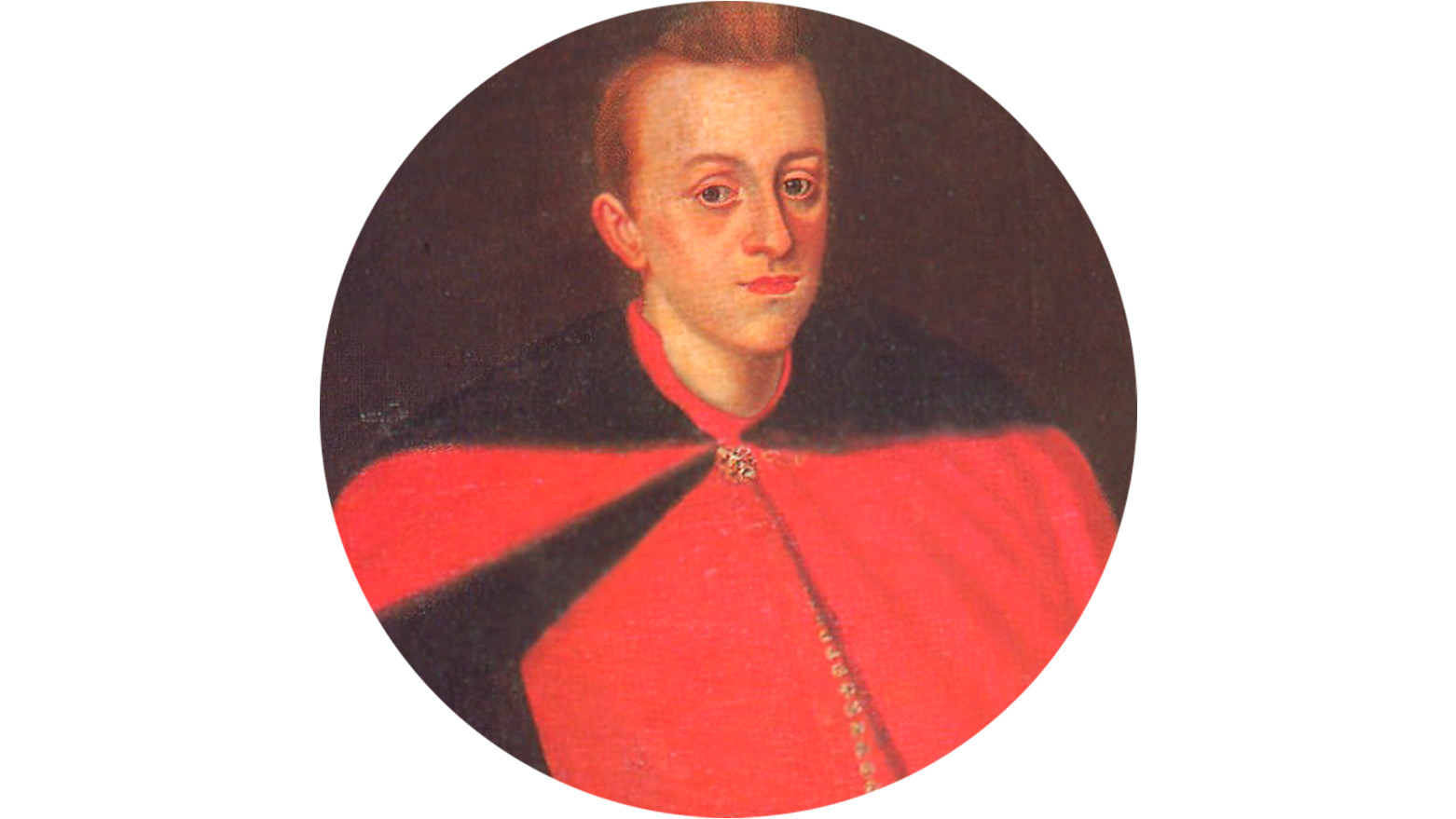 However, they were not destined to try their luck at subduing the Russian populace. In view of the minority of the new tsar (who was just 14 years old), Sigismund did not let his son go to Moscow. He began to personally sign decrees and orders, effectively taking power into his own hands, which could not fail to ruffle some boyar feathers.

On the question of his son’s baptism into Orthodoxy, the Polish king, to the outrage of the Russian nobility, stated that this was possible only if the churches were to unite on the basis of the Union of Florence of 1439, which recognized the supremacy of the Pope over the Orthodox Church.

The final straw came when the Polish-Lithuanian army marched into Moscow and occupied the Kremlin, violating the terms of the agreement. Now the Moscow government was unable to make a single decision on Russian state matters without consulting Zolkiewski.

The soldiers of the Polish-Lithuanian garrison did nothing to endear themselves to the local population. A certain “nobleman” by the name of Blinsky, in a drunken stupor, fired at the Icon of the Virgin Mary in the Sretensky Gate, inflicting enormous damage on it. To quell the local outrage, the Kremlin commandant, Alexander Gonsevsky, ordered the perpetrator’s hands be cut off and nailed up under the image of the Virgin Mary, and for the rest of Blinsky to be burned alive in the nearby square. 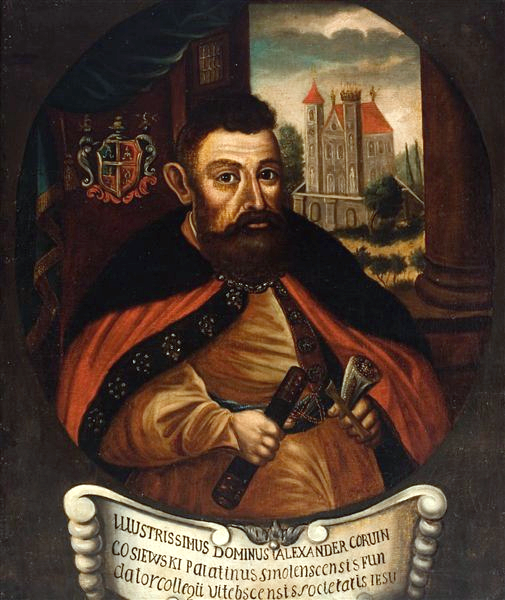 But the snowballing resentment soon became unstoppable. On April 1, 1611, a clash between Muscovites and a group of Poles and Lithuanians turned into a bloodbath, which even Gonosevsky could not prevent.

The German mercenary Konrad Bussov, then serving in the Moscow garrison, recalled the scale of looting among the Polish and Lithuanian soldiers: “They took velvet, silk, brocade, gold, silver, jewels, and pearls. In the churches, they removed gilded silver robes, necklaces, and collars from the tombs of the saints, all magnificently decorated with precious stones and pearls... Having come in dirty bloodstained clothes, they returned to the Kremlin in luxurious attire... there broke out such monstrous revelry, fornication, and impiety that even no gallows could prevent.”

With Polish hopes of waiting until Tsar Vladislav’s coming of age dashed, and Polish rule in Moscow and elsewhere on the rocks, Russian liberation movements, known as the First and Second militias, sprung up. 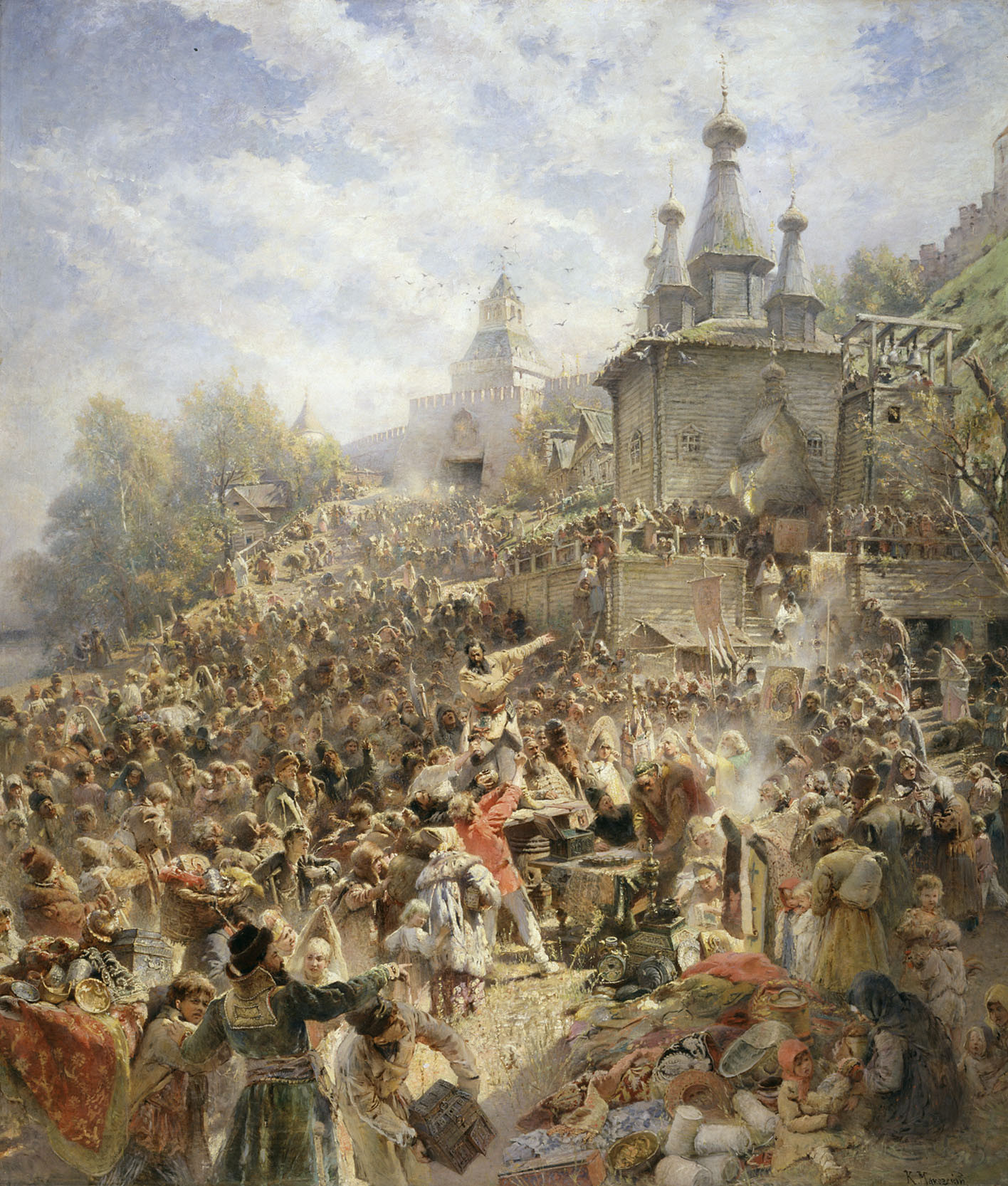 Konstantin Makovsky. The appeal of Minin to the citizens of Nizhny Novgorod (1896)

By spring 1611, most of Moscow had been liberated and the Polish-Lithuanian garrison inside the Kremlin was under siege. There too were members of the Russian government, the so-called Seven Boyars, as well as the future ruler of Russia, the first tsar of the Romanov dynasty, Mikhail Fedorovich.

The hungry, desperate Poles and Lithuanians had reached breaking point. In the words of an eyewitness by the name of Bozhok Balyk: “The besieged occupants ate horses, dogs, cats, mice, nibbled belts, dug up decaying corpses and gobbled them back down. Eating rotten food only increased the mortality rate. The living turned on the living, slaughtering and devouring each other.”

The garrison’s hopes of assistance melted away with the defeat of the troops of Hetman Jan Chodkiewicz near Moscow, and on November 20 he surrendered to the victors’ mercy. 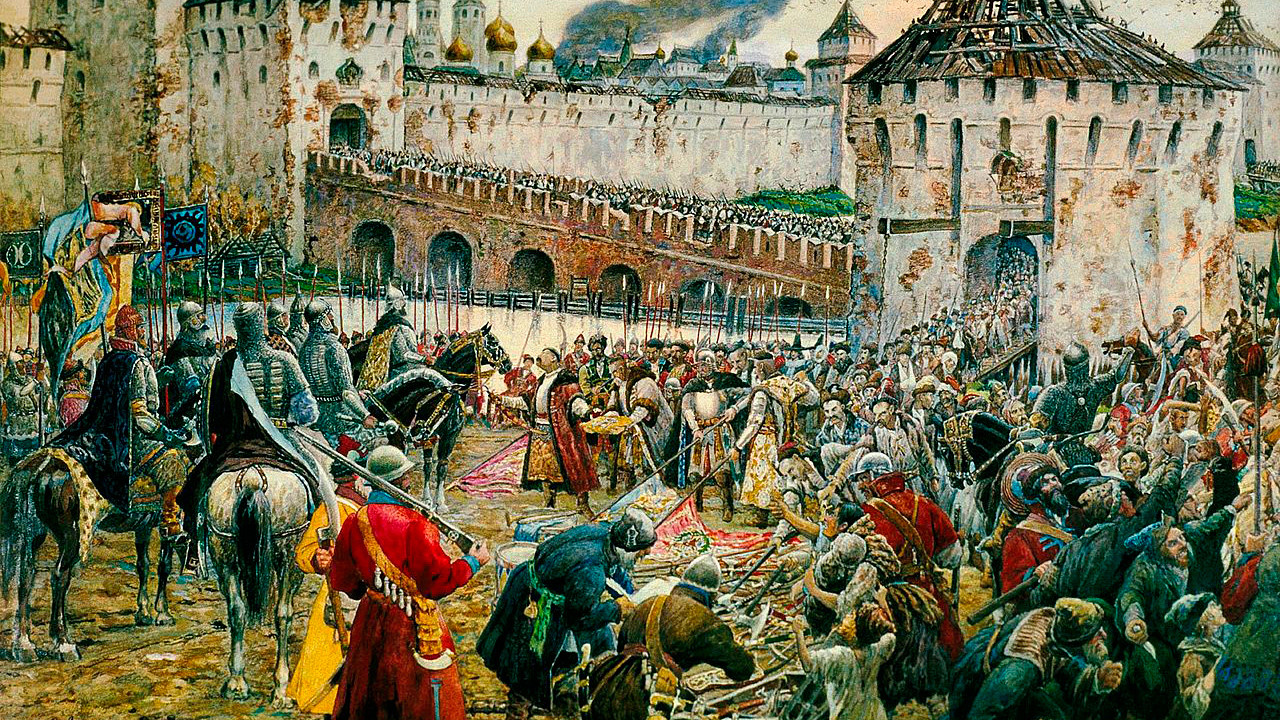 Ernst Lissner. The Poles surrender the Moscow Kremlin to Prince Pozharsky in 1612 (1938)

The ascension of Mikhail Fedorovich Romanov to the throne on July 21, 1613, meant that officially Russia had two legitimately elected tsars. A long series of fraught negotiations between the parties led nowhere. In the end, a request for mediation was sent to the ambassador of the Holy Roman Empire, Erasmus Gandelius, to which he helpfully replied: “One state has two sovereigns; between you lie fire and water: how does one reconcile these two elements?”

In late 1616, the now adult Vladislav made one last attempt to regain the Russian throne and overthrow “the Romanov usurper.” Although the Polish-Lithuanian army again managed to approach the Kremlin walls, they could not take the citadel this time. Besides, the Russian people no longer viewed him as their tsar, but as a foreign aggressor. 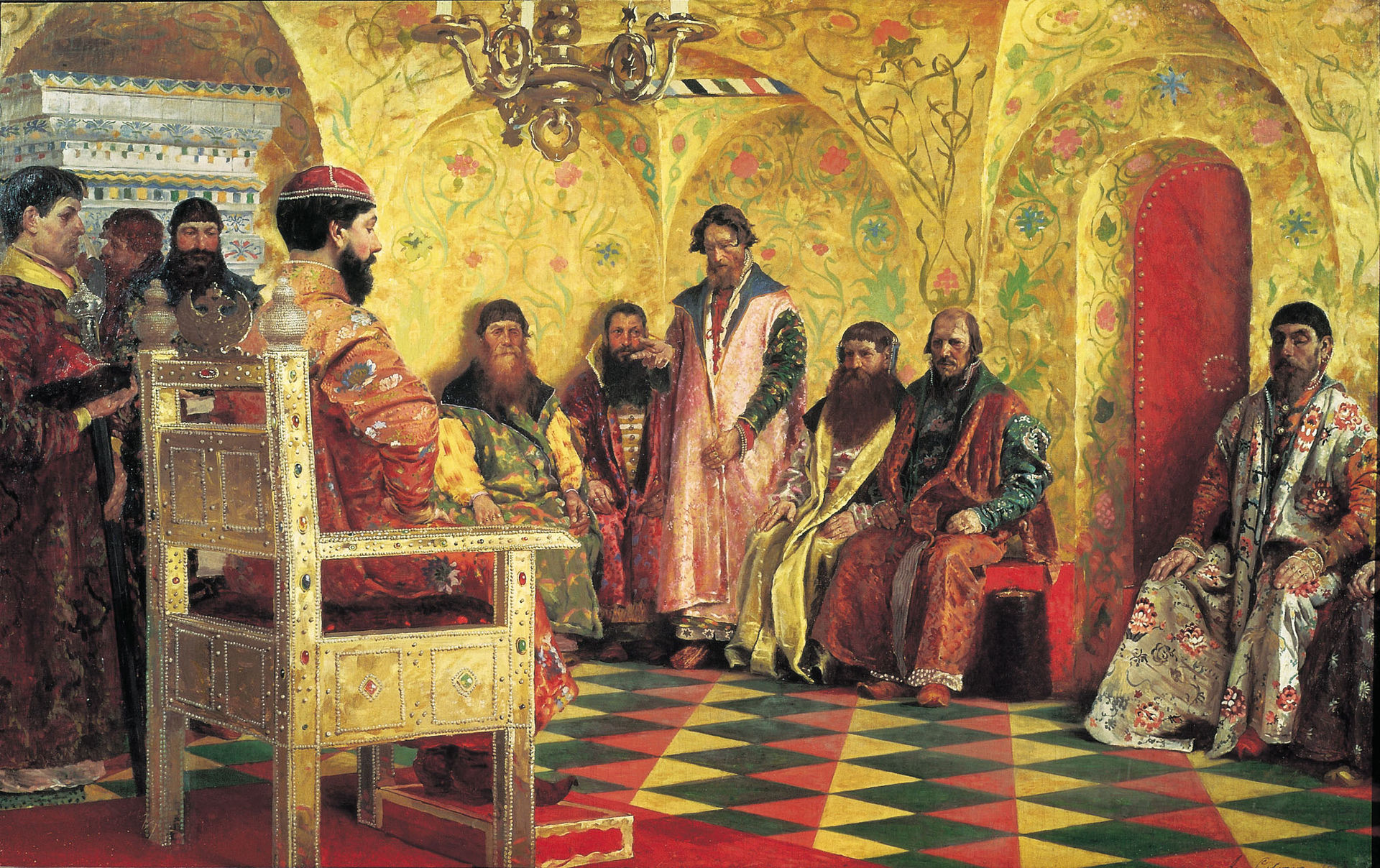 Andrey Ryabushkin. Session of Tsar Mikhail Feodorvich with his boyars in his State Chamber (1893)

As king of the Commonwealth, Vladislav abandoned his claim to the Russian throne only in 1634. The Poles had squandered the chance to break their eastern rival, which they would live to regret. Just over a century later, the weakened Polish state would be carved up, with the resurgent Russia taking the lion’s share.