Who else pillaged, burned and occupied Moscow besides Napoleon? 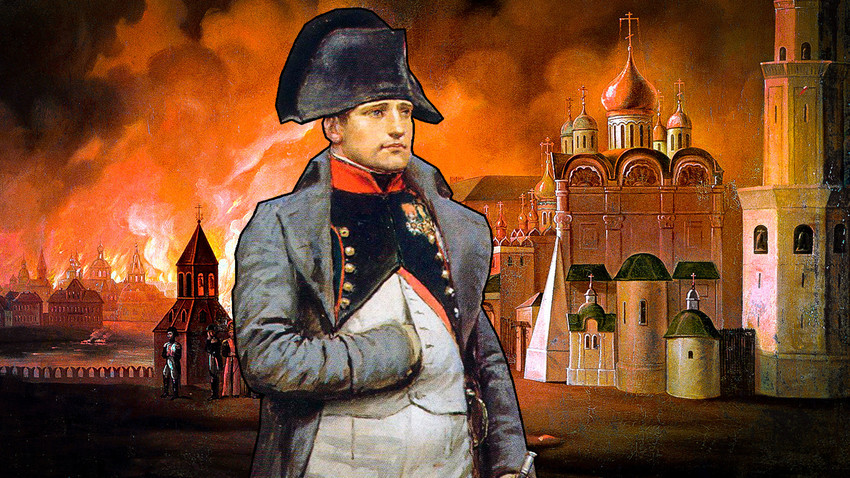 Jean Baptiste Edouard Detaille; Sputnik
The most bloodless occupation of Moscow was undertaken by Polish-Lithuanian troops in the 17th century. The Mongols, on the other hand, ravaged and burned the city to the ground.

The first time Moscow was pillaged and burned happened during the Mongol invasion of Russia, long before the city became the capital of the country. An average city of the Vladimir Principality back then, Moscow was besieged by the Mongols in 1238.

During the five-day siege, the Muscovites even made a successful attack against the enemy. Outraged, the Mongols captured and burned the city and literally cut the local garrison's commander into pieces. 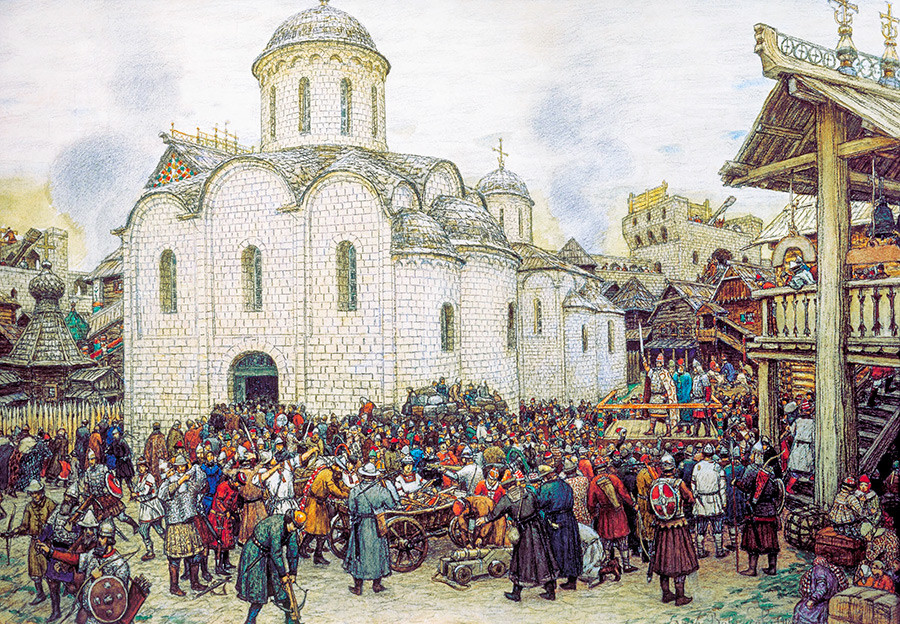 Moscow Prince Dmitry Donskoy’s victory over the Mongols at the Battle of Kulikovo in 1380 was a significant step in Russian liberation from the Mongol rule, ultimate victory was still a remote possibility. The Mongols were still a powerful force to be reckoned with, and they proved this two years later.

In 1382, the Mongol Khan Tokhtamysh invaded the Russian principalities and rapidly and unexpectedly arrived at Moscow’s walls. The main Russian force led by Prince Dmitry then out of Moscow, and the city fell into .

The Mongols tricked the Muscovites by offering to negotiate and sending envoys. When the embassy entered the city’s gates, the main Mongol forces quickly followed, broke into the city and started a massacre.

The devastation was enormous. The Mongols took everything of value and burned the city. When Dmitry Donskoy returned to Moscow, he was shocked by the sight of the city streets strewn with corpses. 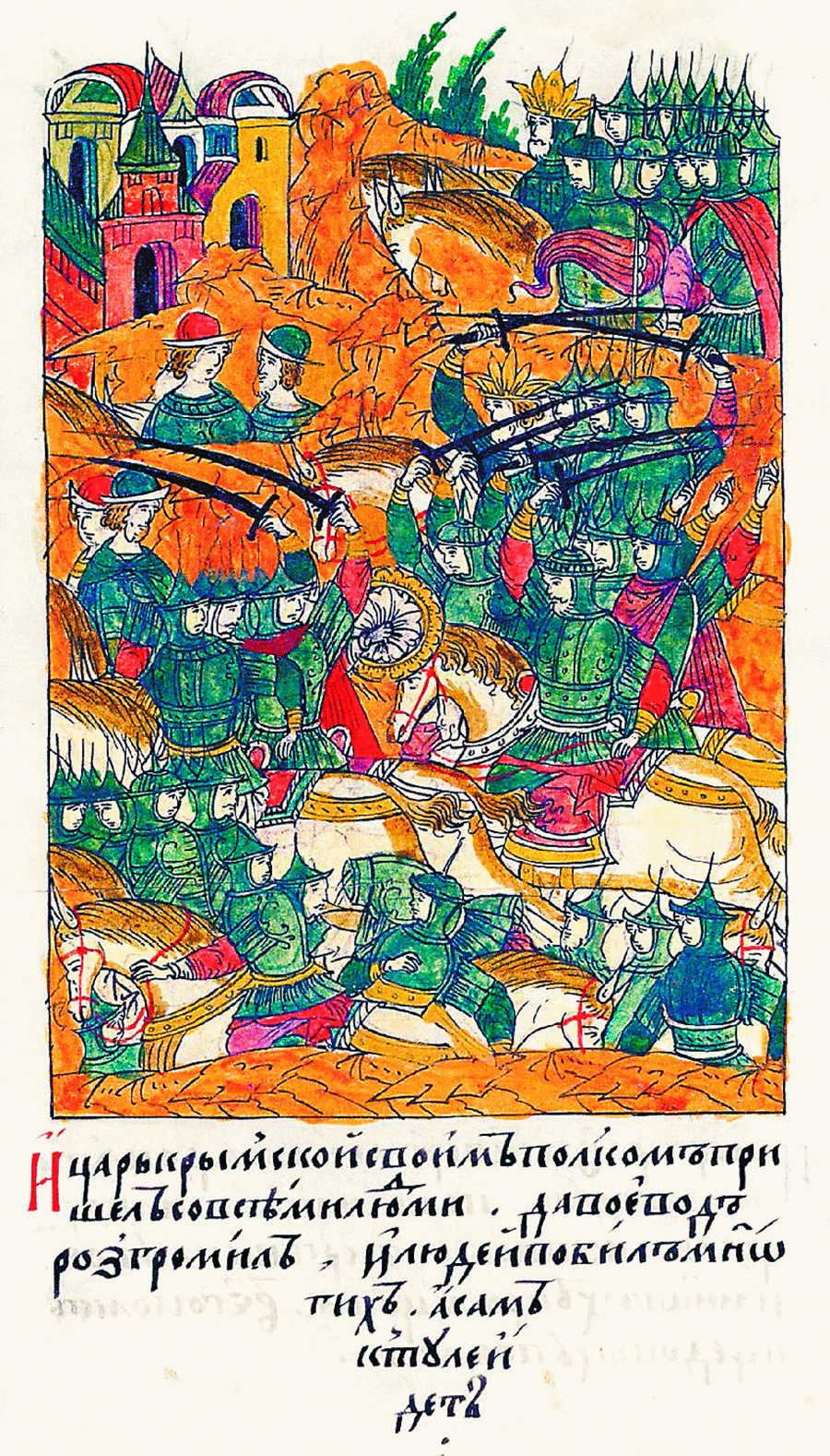 the 16th century the mighty Mongol state - the Golden Horde - had sunk into oblivion, and the fast-growing Russian state had to deal with its fragments - numerous Khanates and Hordes. These small states, however, were still capable of making the occasional punitive raid.

In 1571, Russia found itself embroiled in the Livonian War (1558-1583), and most of the Russian troops were occupied with fighting Swedish and Polish-Lithuanian forces in the Baltic. The Crimean Khan Devlet I Giray decided that this was a perfect opportunity to pillage the Russian lands.

He easily marched on and burned nearby villages and the city’s outskirts. The fire immediately spread across Moscow. Devlet abandoned plans to storm the Kremlin, and after capturing tens of thousands of prisoners returned to Crimea.

Inspired by this success, the Khan even proposed that Ottoman Sultan Selim II should conquer the Russian state. Nevertheless, these plans collapsed after the joint Crimean-Ottoman army suffered a colossal defeat at the Battle of Molodi not far from Moscow in 1572. 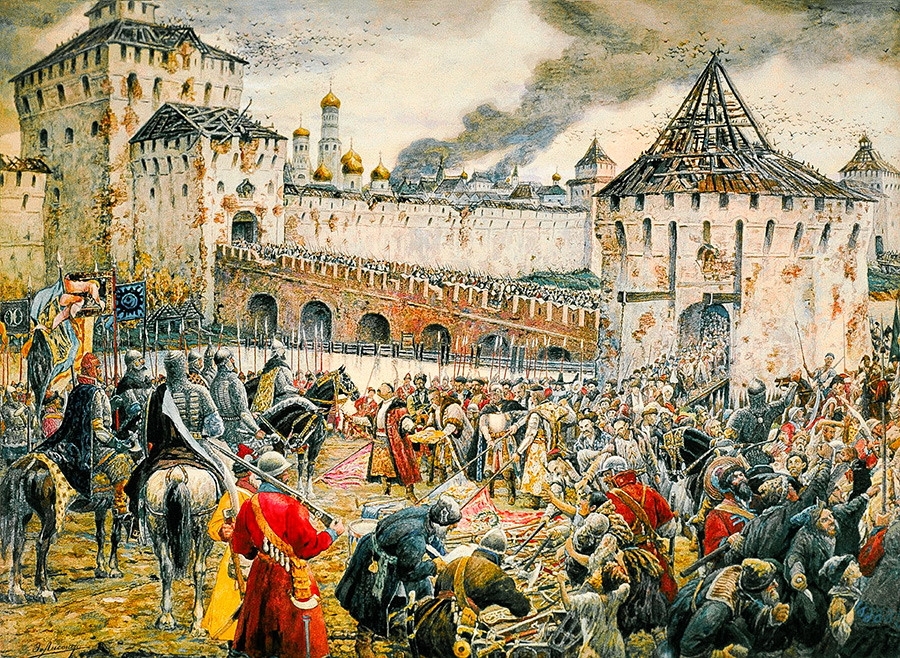 Political crisis and widespread famine in the early 17th century led to the so-called Times of Troubles in the Russian state. The country was torn apart by different political groups and and suffered heavily from foreign interventions.

The most successful foreign force in Russia was the Polish-Lithuanian Commonwealth. Polish troops took an active part in all civil conflicts, supporting and exploiting different pretenders to the throne.

In 1610, the Poles defeated the troops of Russian Tsar Vasily IV, who was deposed soon after. The Russian nobility offered the throne to the Polish prince Vladislav Vasa. Without facing any resistance, Polish-Lithuanian troops led by Stanisław Żółkiewski entered the city and occupied the Kremlin.

Despite the Poles’ promise not to include Russia in the Polish-Lithuanian Commonwealth and harm the Orthodox religion, they started to act as conquerors and soon caused major public discontent.

A widespread anti-Polish movement was initiated across the country. The Polish garrison was besieged in the Kremlin, and after attempts failed, it surrendered in 1612.

The liberation of Moscow didn’t mean the end of the war, which lasted six more years. As for Vladislav Vasa, he rejected his claim to the Russian throne only in 1634.

The Grande Armée in Moscow 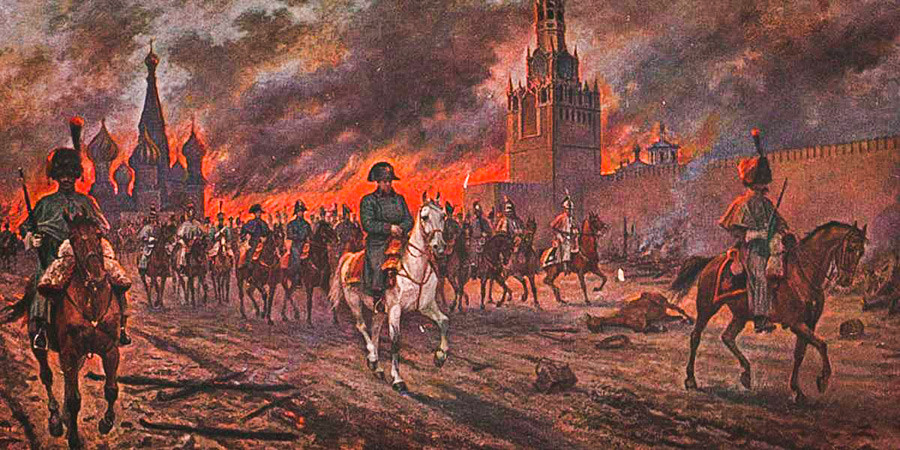 200 years after the Poles left Moscow, they exacted their revenge. Polish soldiers of the 5th Corps in Napoleon’s Grand Armée were among the first to enter Moscow in 1812.

The Russian commanders decided to abandon Moscow after the high army casualties suffered at the Battle of Borodino. When on September 14 Napoleon entered the city, he found it almost completely deserted.

The French emperor had been awaiting any initiative to start negotiations from the Russian side, but the Russians set fire to most of Moscow, destroying large parts of the city. The French responded with mass executions and looting.

After just one month, facing the prospect of winter, Napoleon decided to abandon the city and retreat. Achieving nothing, the Grand Armée started the long, tortuous journey home, which effectively led to its ruin.