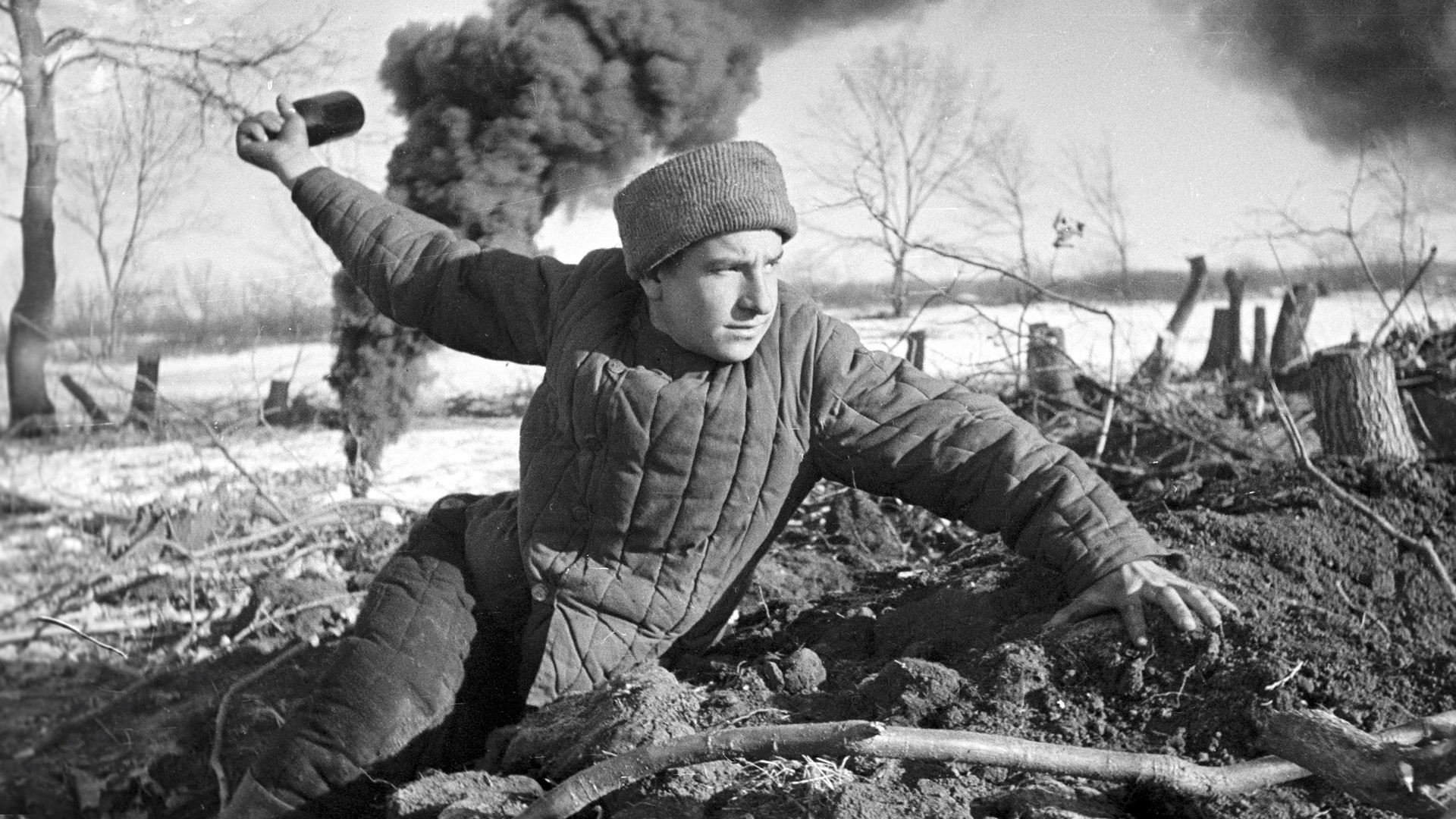 Zelma/Sputnik
Military triumphs usually brought Russia new territories, prestige and influence. Others, however, allowed the country to survive and not to be erased from the map.

By the middle of the 14th century, Russian principalities had suffered for almost 150 years under Mongol economic and political subjugation, with almost no hope for future improvement. When the Golden Horde faced a major power struggle, the Russians got their chance for liberation.

The strongest among the Russian states was the Grand Principality of Moscow, which defied General Mamai, who had usurped power in the Horde. This conflict culminated in a battle on Kulikovo Field near the Don River, not far from Tula in 1380. 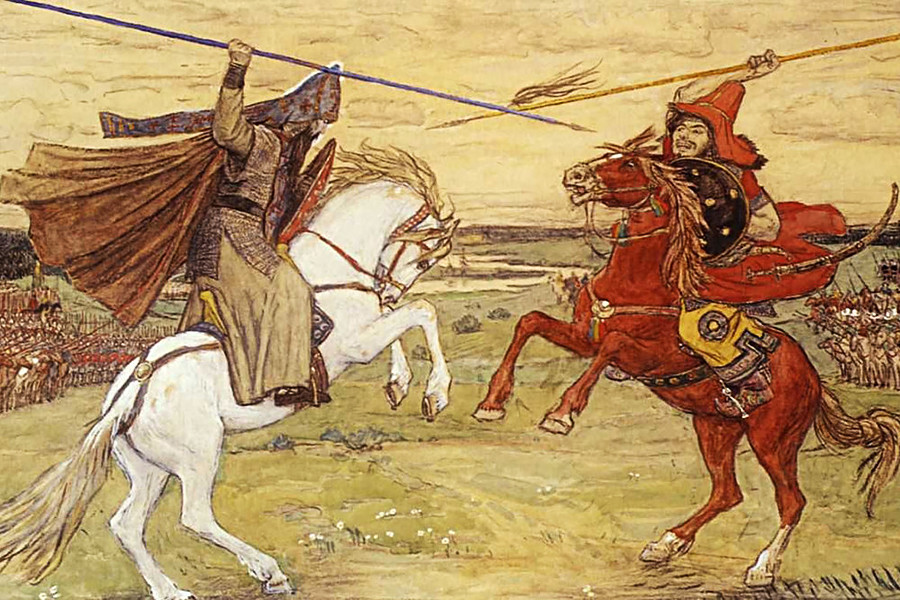 There’s no accurate information about how many troops participated, but it’s believed that the total number of warriors was around 60,000.

The battle was nearly lost, until the Russians unleashed their hidden reserve, striking the Mongol cavalry in the rear. A near defeat turned into a major triumph. Crushed, the Mongols retreated.

The Mongols never reasserted their influence over the Russian lands, and in 1480, a century after the Battle of Kulikovo, the long-awaited liberation finally happened.

Although the Great Northern War was fought in the 18th century, its results determined the fate of Russia and Sweden right until our day. Sweden at that time was the hegemon of Northern Europe, and had one of the strongest armies in the world. Suddenly, it found itself defied by a little-known state on Europe’s eastern outskirts.

The Swedes actually lost the war well before it officially ended in 1721. At the Battle of Poltava in 1709, Emperor Peter the Great delivered a crushing defeat. 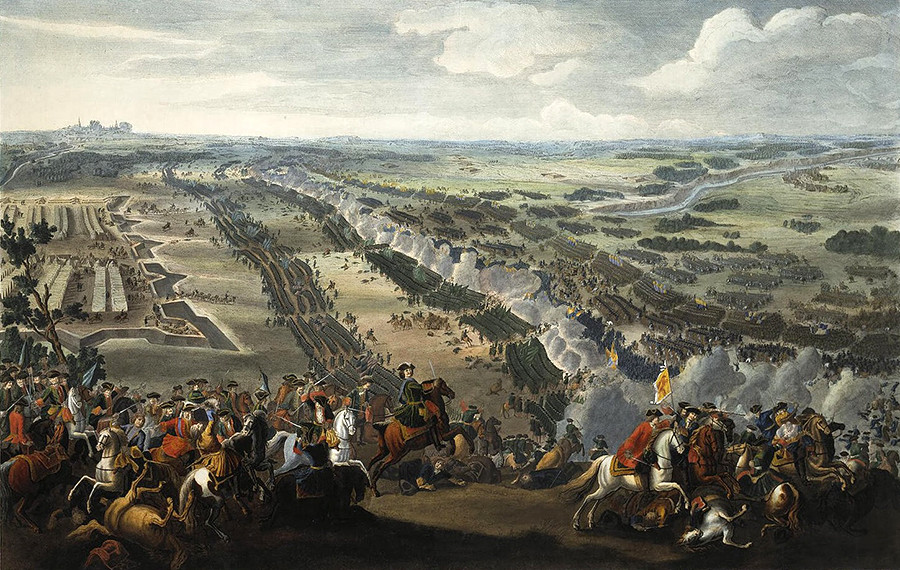 During first years of the war, Sweden’s King Karl XII was undefeated, and several times he triumphed over Russia and its allies: Saxony, Poland and Denmark. To finish his Russian enemy, Karl organized a campaign deep into Russian territory, but got stuck at the city of Poltava, which he besieged. There, on July 8, the Swedish army faced Russian troops led by Tsar Peter, in what became a decisive battle.

Russian troops repelled the ferocious Swedish infantry and cavalry attacks, and then finally they got the chance to launch a counteroffensive. This forced the Swedes to pull back, and soon the disorderly retreat turned into absolute chaos.

In the ensuing rout, the Swedish army lost almost 7,000 men, while Russian losses were about 1,300. Two days later, nearly 16,000 Swedes surrendered to the Russians at the Dnieper River crossing.

The victory at Poltava gave the Russians the initiative, which they held until the war’s completion. Russian military prestige was now at its highest point, and Europeans started to call Russia an “empire,” although Peter the Great only officially declared himself an emperor in 1721.

Stalingrad held great significance for the Nazis. As a large industrial center on the Volga River, it was a crossroad connecting Central Russia to the Caucasus region and Central Asia. Besides, to capture the “City of Stalin” would be a huge propaganda victory for Hitler.

In September 1942, fierce clashes began on the streets, with soldiers fighting house to house. They lost buildings, retook them and lost them again. 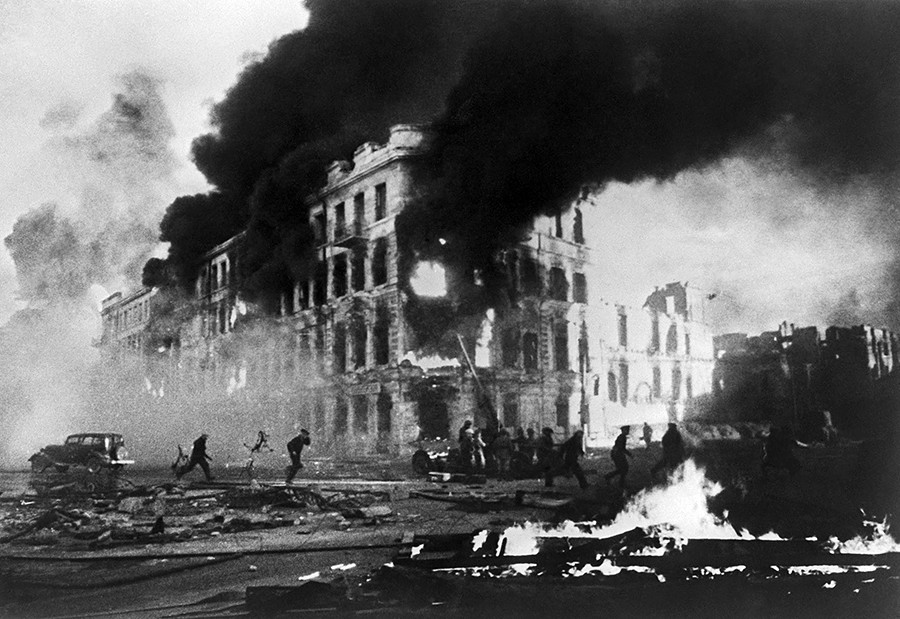 The Stalingrad tractor and artillery factories were several kilometers from the frontlines, and continued production even when clashes began on their territory.

In November, 2 million soldiers from both sides were fighting for control of the city. The Germans were helped by units of the Italian, Croatian, Hungarian and Romanian armies. The latter became a main reason for the Axis defeat at Stalingrad.

When German troops struck deep in the city, the weaker Romanian armies covered their flanks. On Nov. 19, Soviet troops launched Operation Uranus, breaking through Romanian lines and encircling the German Sixth Army, which was eliminated in January.

Victory at Stalingrad had a major military and political impact for the Allies, and is often considered the turning point of World War II. Germany suffered a major catastrophe, and was forced to completely rethink its strategy on the Eastern Front.

One of the largest battles in world history, the Battle of Kursk involved over 3 million soldiers on both sides. Germany wanted revenge for Stalingrad and to regain the initiative. Their plan was to encircle Soviet troops near Kursk with two major strikes. Soviet troops, however, were prepared for this offensive and stood firm.

The Battle of Kursk witnessed the largest tank battle in history (involving over 1,000 tanks), which took place near Prokhorovka. Germany’s new and powerful Tiger tanks fought the famous Soviet T-34. Suffering high losses, however, neither side could claim victory.

After the German offensive was stopped, the Soviets began their counteroffensive, resulting in a rapid breakthrough. There were fireworks in Moscow to mark the liberation of the cities of Belgorod and Oryol - the first such celebrations during the war.

The Battle of Kursk capitalized on the victory at Stalingrad. The Germans had failed in their last attempt to regain the initiative on the Eastern Front. The Soviet Army was now firmly in control and marching to total victory.