History
Boris Egorov
Compared to other European navies, Russia’s fleet is very young, only dating back to the early 18th century. However, it quickly earned a reputation as one of the most fearsome and capable. 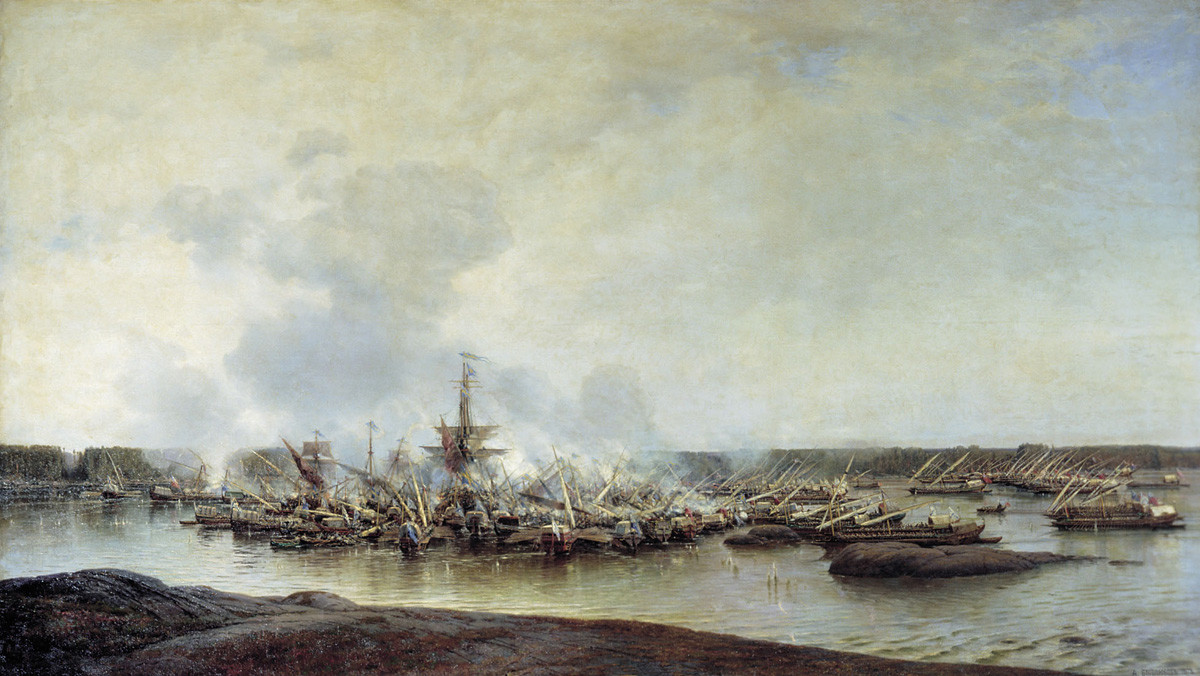 In the first quarter of the 18th century, Russia and Sweden fought a bloody war that defined Northern Europe for centuries. Historians often point out that the pivotal moment in the Great Northern War (1700-1721) was the Battle of Poltava (1709) when the Russian army crushed the Swedes. But that’s only half the story. Sweden was also a naval superpower, and Russia had to destroy it in order to claim complete victory.

Tsar Peter I spent many years building the Russian Navy almost from scratch, and in 1714 he reaped the benefits at the Battle of Gangut (Hanko Peninsula). Nearly two dozen Russian galleys attacked the Swedish fleet of more than a dozen vessels, including 1 pram, which is a heavy warship known for its powerful artillery.

Personally leading the attack, Peter cleverly exploited the weather and the fact that the Swedes divided their forces. The Russians managed to board and capture almost all the enemy ships.

The Battle of Gangut was the Russian Navy’s first victory on the open sea. Along with the Battle of Poltava, it broke the back of Swedish power and guaranteed Russian victory in the Northern War.

As one of the key battles of the Russo-Turkish War of 1768-1774, the Battle of Chesma made a significant contribution to the final Russian victory in this conflict, and allowed Russia to gain a foothold on the Black Sea coast.

While the Russian army had been crushing Ottoman armies on land, the Russian fleet under command of Count Alexey Orlov was searching for the enemy in the Mediterranean Sea.

On July 5, 1770, the two fleets met near the western coast of modern-day Turkey. The Ottoman warships outnumbered the Russians 2 to 1, but Orlov forced the enemy to retreat into Chesma Bay under the cover of land artillery.

Here, Russia won one of its most glorious naval victories ever. After the Russian warships harassed the disoriented enemy with gun fire, several fire ships entered the bay and finished the remaining enemy ships. 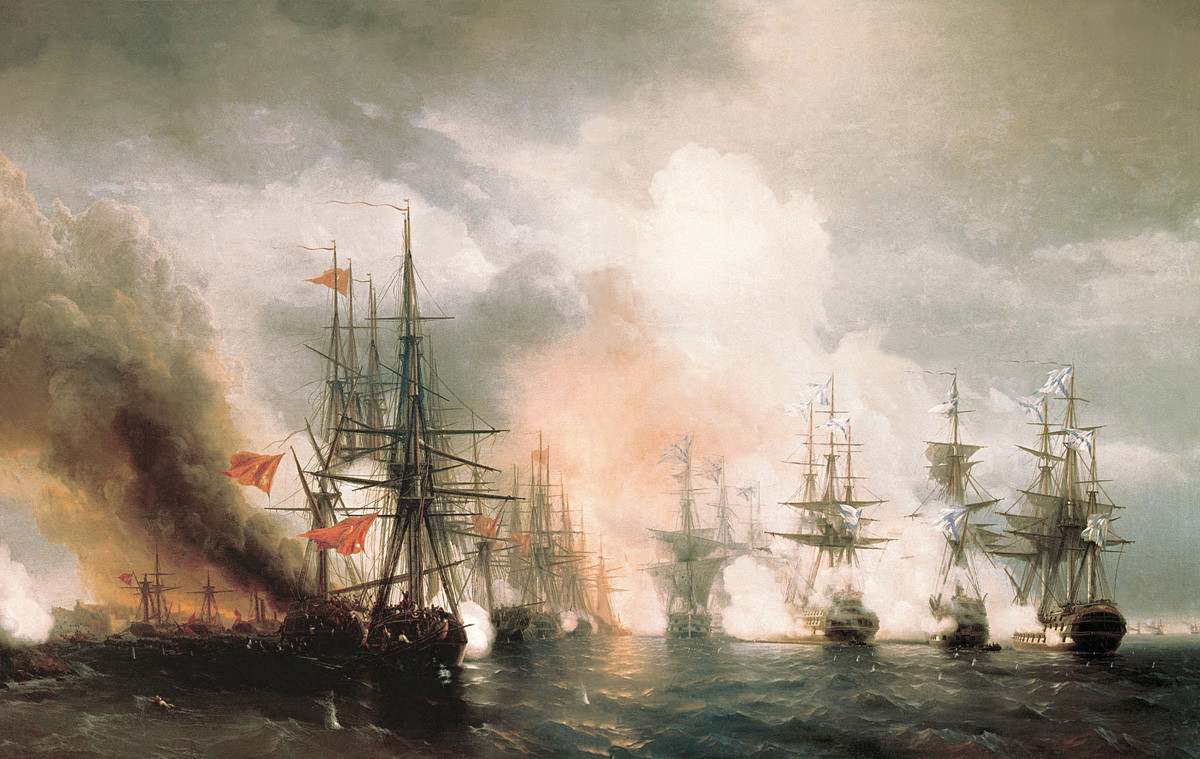 Long before the Crimean War (1853-1856) ended in catastrophe for Russia, the country had a slew of glorious victories, such as the Battle of Sinop, history’s last major engagement involving sailing ships.

On Nov. 30, 1853, the Russian fleet under the command of Admiral Pavel Nakhimov attacked Ottoman warships in the Port of Sinop in the north of modern-day Turkey. Despite heavy fire from Ottoman ships and land batteries, the Russians broke into Sinop Bay and began to pound the enemy at point-blank range.

Victory was total, with the Ottomans losing almost every ship at Sinop (7 frigates, 1 steamer and 3 corvettes). Even the enemy commander, Patrona Osman Pasha, was taken prisoner. Only one steamship managed to flee.

As for the Russians, they didn’t lose a single ship, though many were seriously damaged.

The triumph at Sinop, however, had negative consequences for Russia. Great Britain and France were shocked by the “Massacre of Sinop,” as they called the battle, and decided to enter the war against Russia in support of the Ottomans.