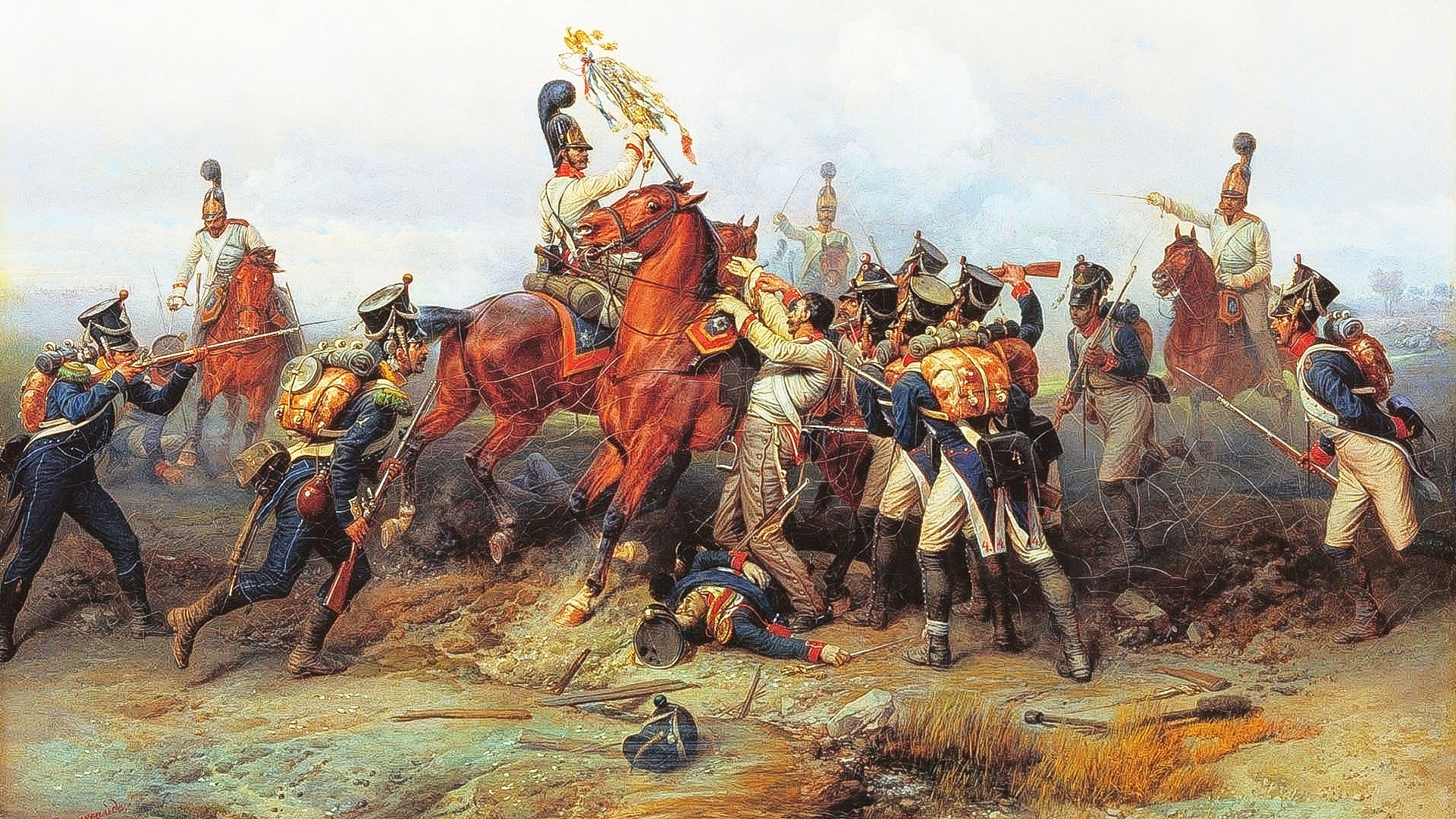 Feat of Cavalry Regiment at the battle of Austerlitz in 1805

Bogdan Willewalde/Military Historical Museum of Artillery, Engineers and Signal Corps
These important battles were major disasters for the Russian army. Still, sooner or later, victory was achieved: after Kalka was Kulikovo; after Narva - Poltava; after Austerlitz - Paris; and Kiev was followed by Stalingrad.

A mere 14 years prior to the catastrophic Mongolian invasion (1237-1240), Russians had the chance to become acquainted with the powerful steppe warriors. In 1223, the 30,000-strong Mongolian army invaded the lands of the nomadic Cumans, Russians’ southern neighbors.

The Cumans requested help, which some Russian princes agreed to give. The joint 40,000-strong Russian-Cuman army met the Mongols on the banks of the Kalka River in what is today the Donetsk Region. 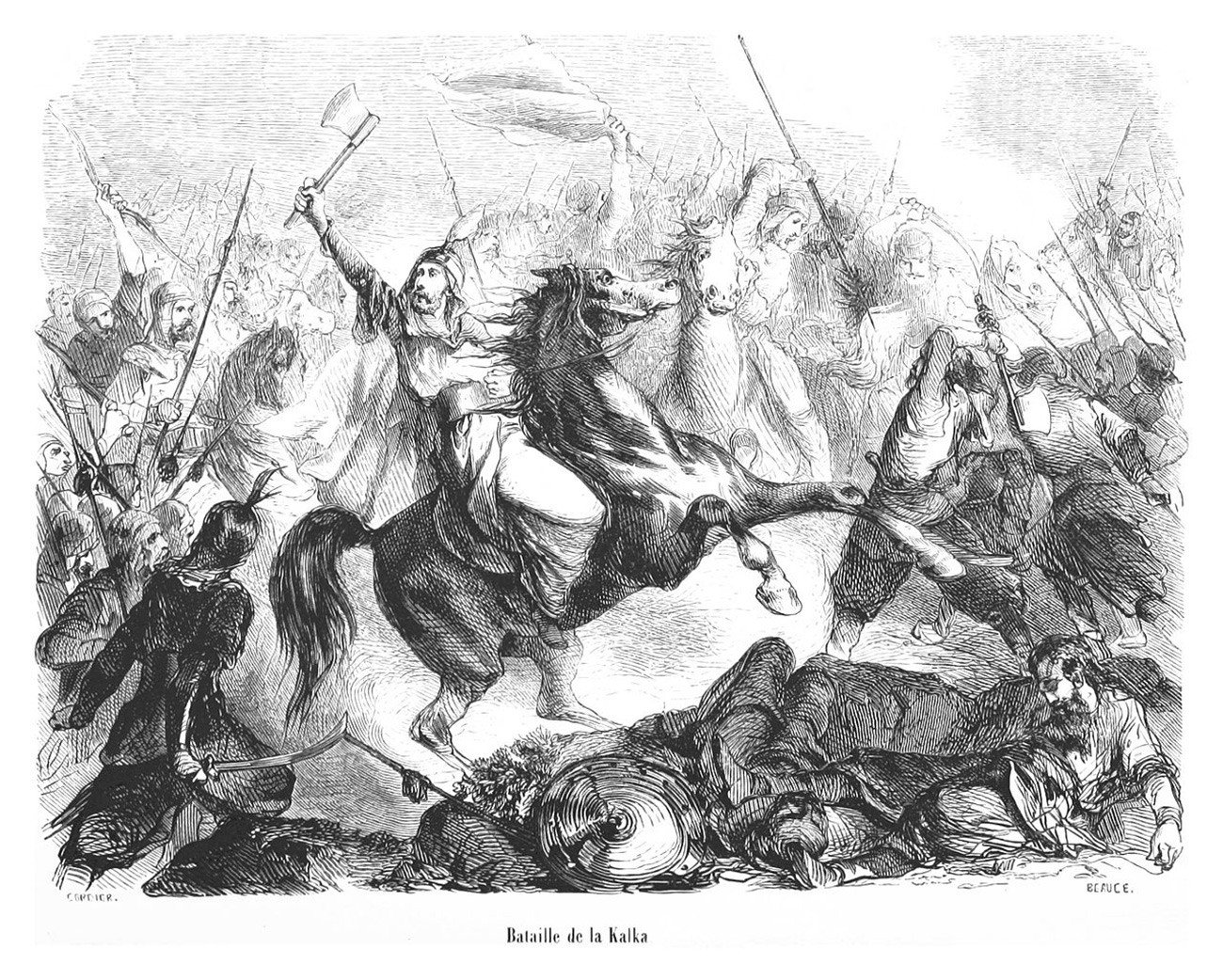 The battle ended in catastrophe. Troops from the Russian principalities couldn’t properly coordinate themselves, as well as with the Cumans, who were usually the enemy. The Mongols’ precise and coordinated strikes crushed the Russian-Cuman army, destroying 90 percent of it.

Those Russian princes who didn’t escape were caught and dumped in a shallow ditch and then covered with wooden floors on which the winners organized a feast. The victims died of suffocation with all their bones broken.

During the Battle of the Kalka River, the Mongols tested Russian combat abilities and they failed this test. Panic and dread covered the Russian lands. People started to expect the worst, and their fears were confirmed 14 years later in 1237.

The Great Northern War was fateful for both Russia and Sweden: one emerged as a new regional power, and the other faded into the shadows of past glory. But before the Russian army celebrated its great triumph at Poltava (1709), the nation was forced to suffer a humiliating defeat at Narva in 1700.

Despite a significant advantage in numbers (40,000 vs 9,000 men), the Russian army was outdated. Only several regiments - Semenovsky and Preobrazhensky - were formed according to Western principles and were comparable to the finest soldiers, those of King Charles XII. 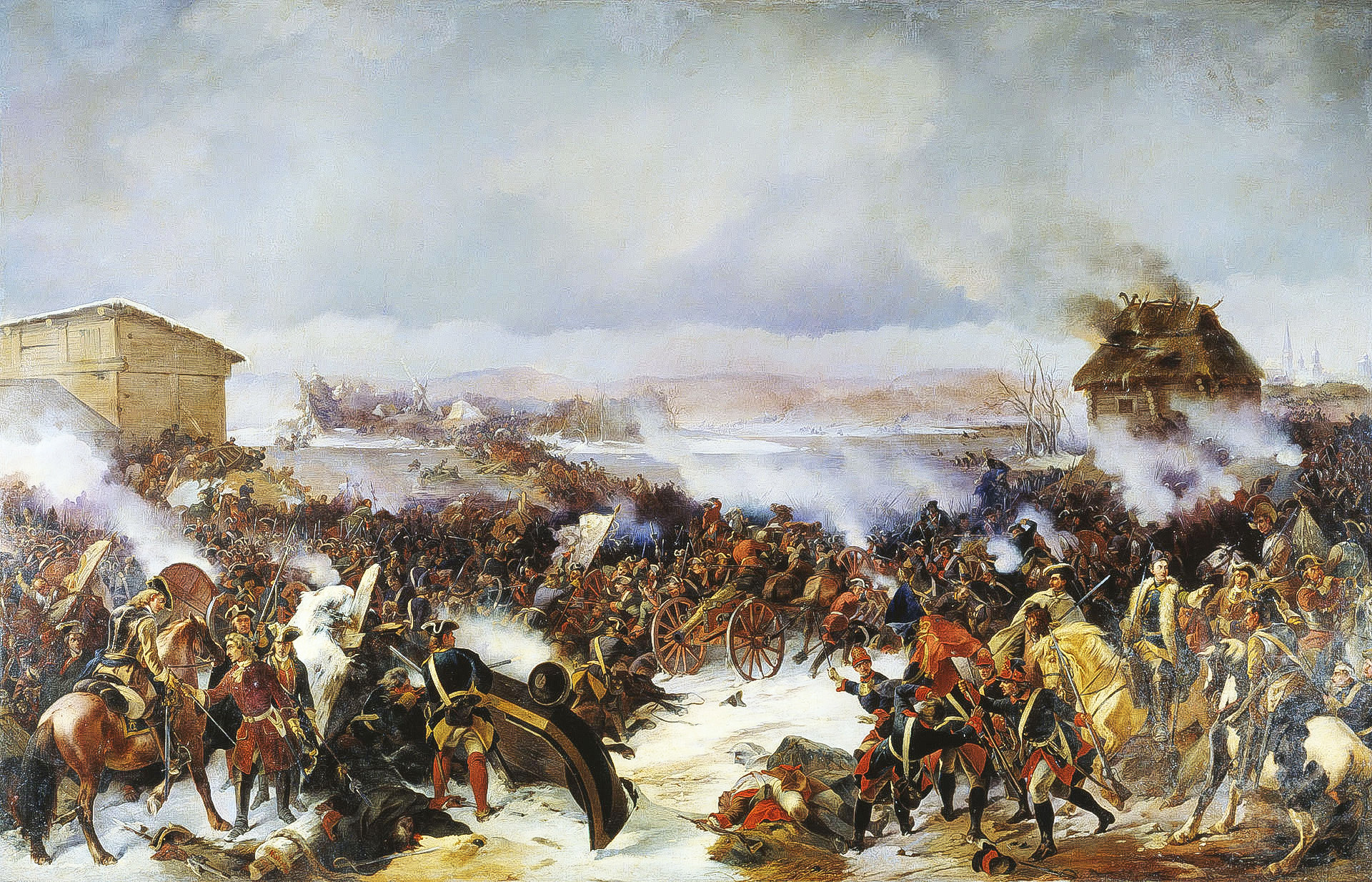 The Russian army couldn’t repel the well organized Swedish attacks. Chaos led to a massive retreat, as well as the surrender of officers and the loss of almost all artillery.

Only Russia’s western-style regiments retreated but continued to fight. Peter didn’t forget their courage, and the Semenovsky and Preobrazhensky regiments became the basis of the Russian Guard.

Swedish and Russian rulers reached different conclusions after the defeat at Narva. Peter pushed forward with modernization of the military. Charles XII, however, was sure that the Russians were no longer a serious threat, and this mistake cost him dearly nine years later at Poltava.

From the time of the Great Northern War (1700-1721) Russia hadn’t lost a major battle. This good fortune was broken by Napoleon’s genius at the Battle of Austerlitz in 1805 when the French fought a joint Russo-Austrian army.

This was also known as the Battle of Three Emperors: Napoleon, Alexander I and Francis II. It became one of the major events of the Napoleonic Wars.

With 65,000 troops, the French emperor defeated the Russo-Austrian army of almost 84,000 men. Properly using his reconnaissance data, he not only repelled the attack of the allied armies, but his major counterstrike smashed the enemy.

The allies lost over 27,000 men, while French losses were 9,000. Facing the possibility of capture, the Russian and Austrian emperors fled the battlefield.

1941 was a horrible year for the Soviet army, losing battle after battle, and suffering enormous casualties. One such disaster was the First Battle of Kiev, the largest encirclement in history.

In July, the first assaults on the capital of Soviet Ukraine were successfully repelled thanks to a well organized Soviet defence. In late August, however, the situation dramatically changed.

Instead of attacking Moscow, Hitler suddenly ordered a major strike on Kiev. The city’s capture was planned to open a road for the coal deposits and foodstuffs of the fertile Ukrainian land. Some German military units were redeployed from the Moscow Front. 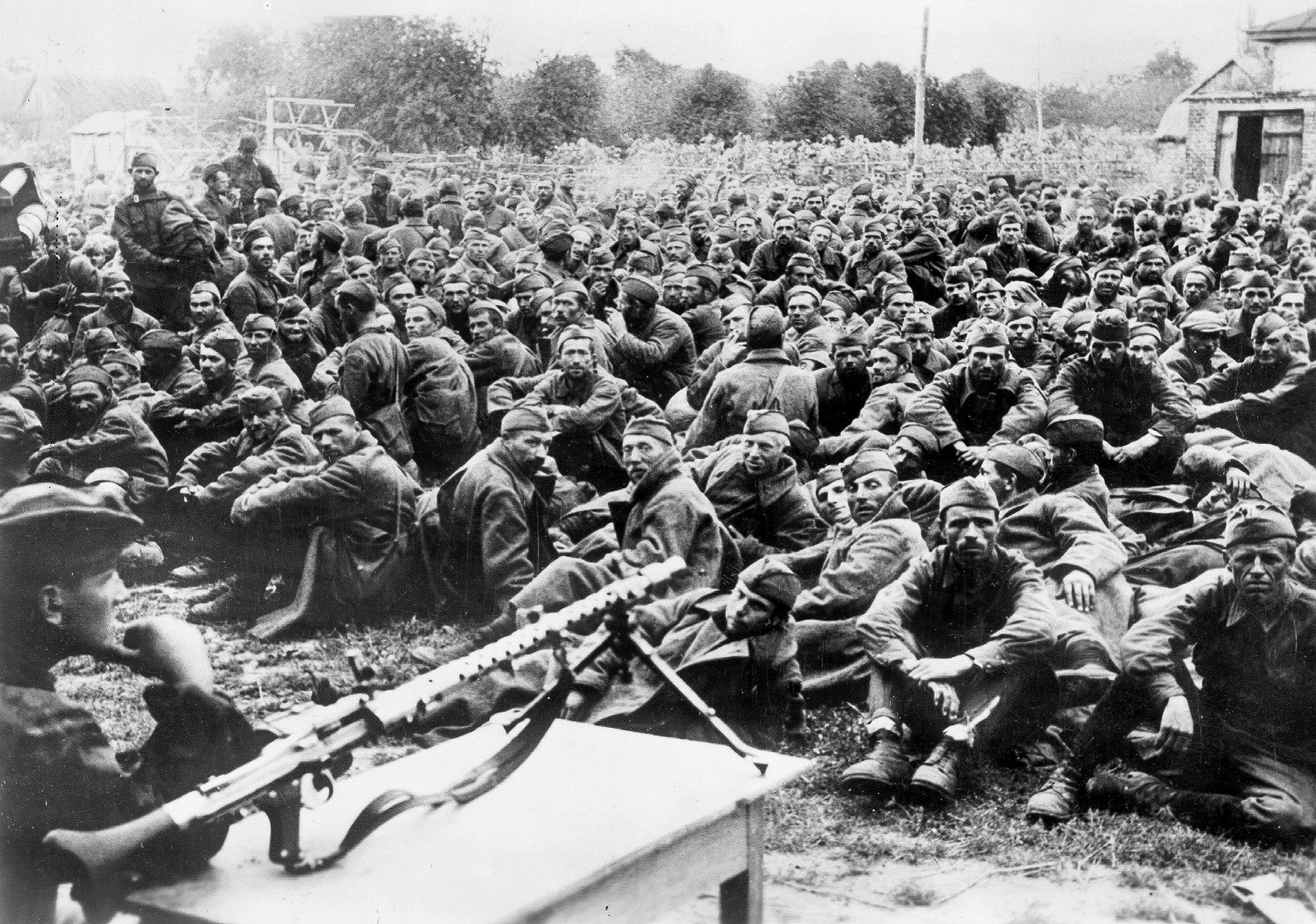 The Soviet command was using all resources for the defence of Moscow and didn’t expect such change of plans. Urgent redeployment of reserves and construction of additional defences near Kiev were organized too late.

In late August-September, the strengthened German armies made a powerful strike on Kiev, crushing Soviet defenses, despite frantic resistance. Soviet troops were ordered not to surrender the city and were encircled in the largest such disaster in history. Over 700,000 soldiers were killed, lost, wounded and captured. The Germans suffered more than 120,000 casualties - killed and wounded.

Defeat at Kiev was a disaster for the Soviet Union. The Southwestern Front was almost entirely lost. In fact, not only Kiev, but the entire Ukraine was lost. The Germans had an open road to Stalingrad and Crimea.