How was the USSR formed? 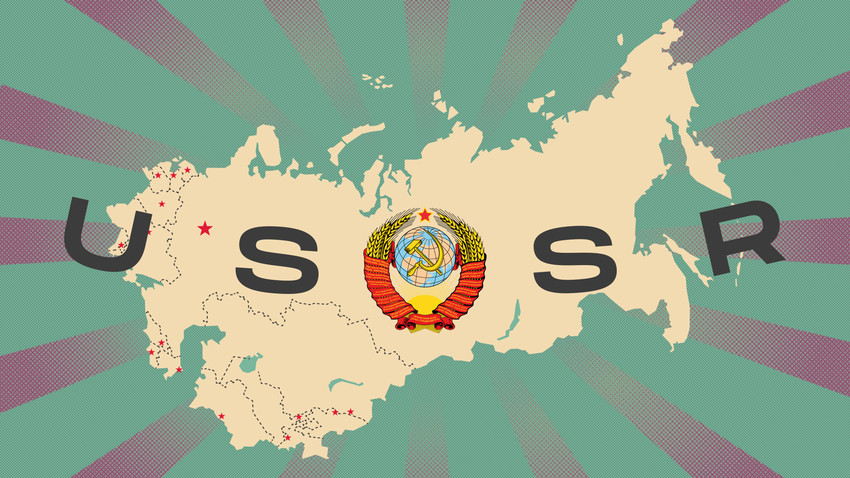 Alexander Kislov
According to Lenin’s plan, the future USSR could have had members all around the globe. But eventually, Stalin’s plan prevailed. So, how was the Union prepared?

“What? Did the Bolsheviks just start recreating the Russian Empire they literally just destroyed?” That’s what people around the world must have thought when in 1922, the USSR was officially declared a “single united state” comprising 4 republics (Russia, Ukraine, Belorussia and the Transcaucasian Socialist Soviet Republics).

However, the creation of the USSR as we know it was not momentary and not so simple.

How was the Union prepared? 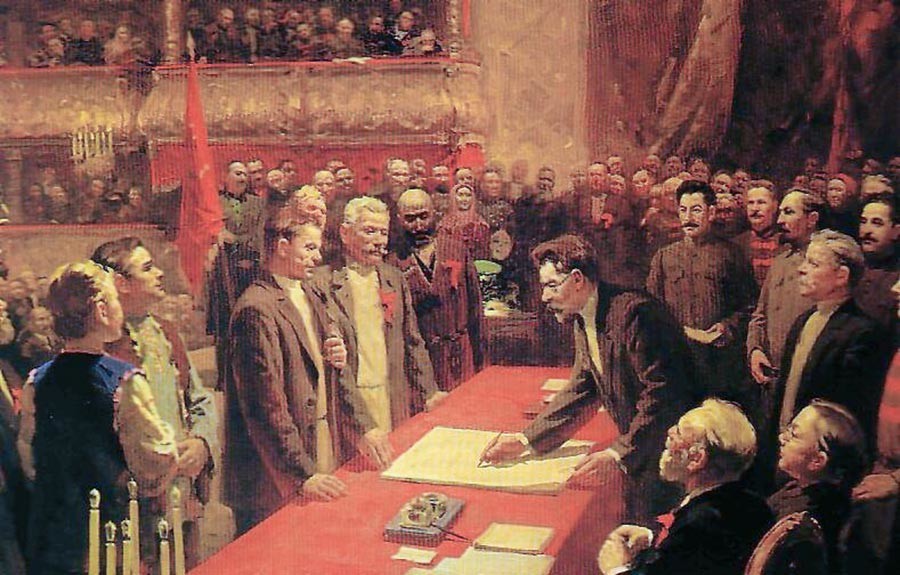 'Signing the Treaty on the Creation of the USSR,' by Stepan Dudnik

While drafting the projects for the USSR, Lenin and Stalin played a game of ‘good cop and bad cop’. After 1918, most of the former parts of the Russian Empire became Soviet Socialist Republics. Joseph Stalin’s initial idea was to simply merge all other republics into the Russian Federative Socialist Soviet Republic with a centralized government and one legislation for all.

Interesting fact: In 1922, Stalin was a People’s Commissar (de facto, minister) for Nationalities of the Russian Republic. And it was he who, together with Lenin, on November 3, 1917, signed the ‘Declaration of the Rights for the Peoples of Russia’ that particularly said: “The right of the peoples of Russia to free self-determination, even to the point of separation and the formation of an independent state.” Now, Stalin was going for quite the opposite.

READ MORE: The true story behind the Bolshevik Revolution of 1917

Lenin opposed the idea of a centralized state fiercely, calling it anti-democratic. He suggested that the independent Republics unite on equal rights, keeping their respective governments. Sources say Lenin was indeed projecting for an even wider USSR, that would have many countries in Europe and Asia.

What was the USSR formed for? 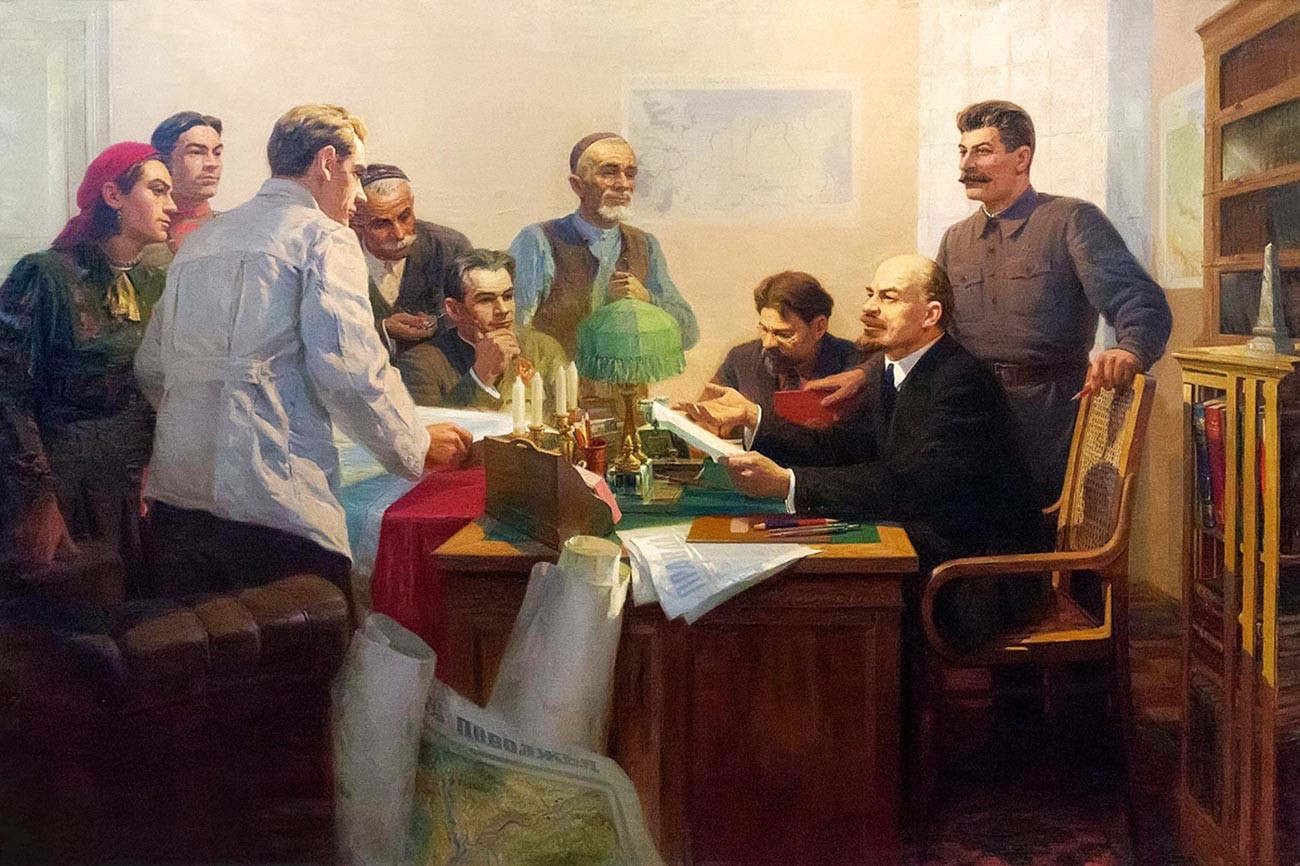 'Signing of the Decree to form the Tatarian ASSR', 1952

The Bolsheviks understood that they could unite the former governorates of the Empire into a single state to “have a better stance against the hostile ‘capitalistic’ environment”, historian Alexander Orlov says. But it seems the necessary Union had already existed before the USSR was formalized. How could this happen?

In 1920, treaties of unity were signed between Russia and Ukraine, in 1921 – between Russia and Belarus, and then the Caucasian republics. According to the treaties, the Russian Federative Socialist Republic gained the right to represent all the other Republics internationally and sign diplomatic documents on their behalf.

Also, the 7 most important People’s Commissariats (Ministries) – Defense, National Economy, Foreign Trade, Finances, Labor, Railways, Posts and Telegraphs, were all centralized, which meant the Russian People’s Commissariats governed the respective spheres not only in Russia, but in other Socialist Republics, as well. 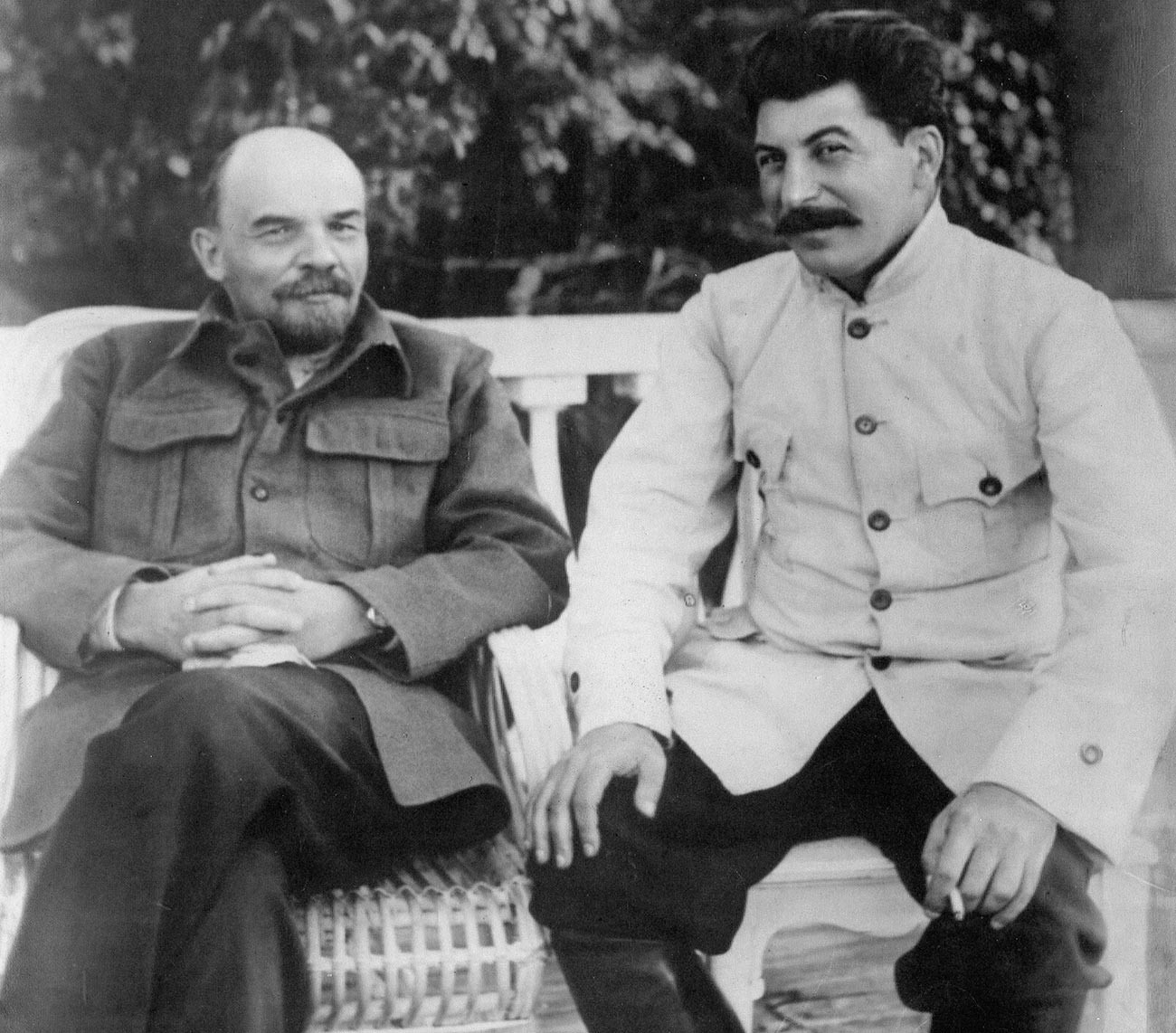 Officially, the USSR was formed on December 30, 1922, when the Treaty on the Creation of the USSR (signed between Russian SFSR, the Transcaucasian SFSR, the Ukrainian SSR and the Belorussian SSR) was approved by the First All-Union Congress of Soviets.

Lenin wanted to create the USSR as the basis for the future unity of all Socialist countries in a World Socialist Soviet Republic. At least that’s what the Constitution of the USSR (January 31, 1924) stated. But in the end, Stalin’s plan to make the USSR a centralized authoritarian state prevailed.

How did the USSR become an authoritarian state? 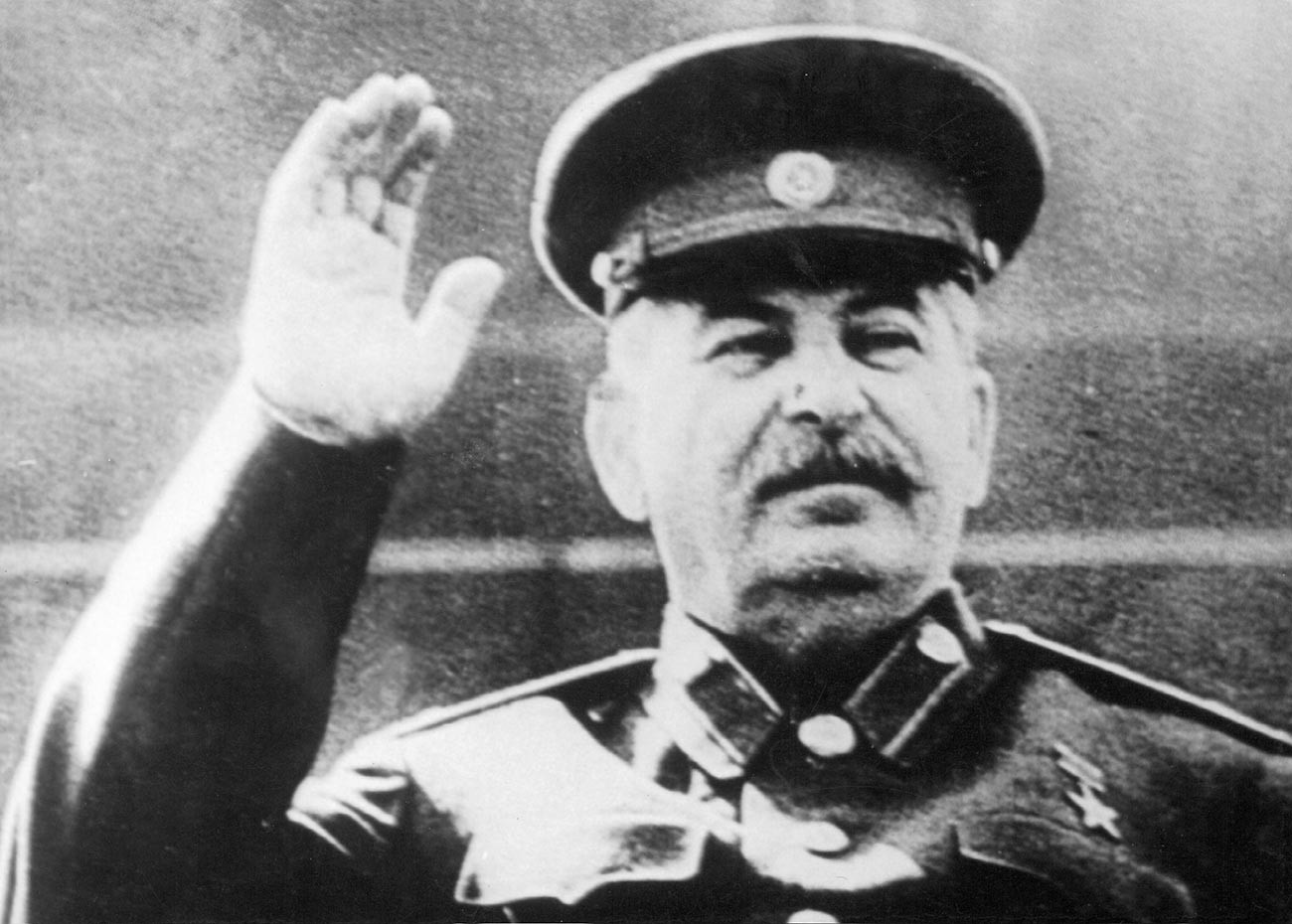 Joseph Stalin on the rostrum of the Lenin's Mausoleum, Moscow

This is what the “Party control” was – basically, all decisions of the state organs of the USSR were controlled and approved by the Communist Party. The Party ruled it all. But keep in mind that the Soviet leaders were called General Secretaries of the Central Committee of the Communist Party of the USSR. So in the end, there still was a single person on the top of it all, the General Secretary – quite easily another authoritarian state. And that person, since 1922-1923, was Joseph Stalin.

Many former territories of the Russian Empire didn’t immediately become parts of the USSR in 1922, but “joined” it later. As most of these republics didn’t really have independent governments – they were socialist republics, controlled by a Central Committee of the All-Union Communist Party – their ‘decision’ to join the USSR was really just a formality. 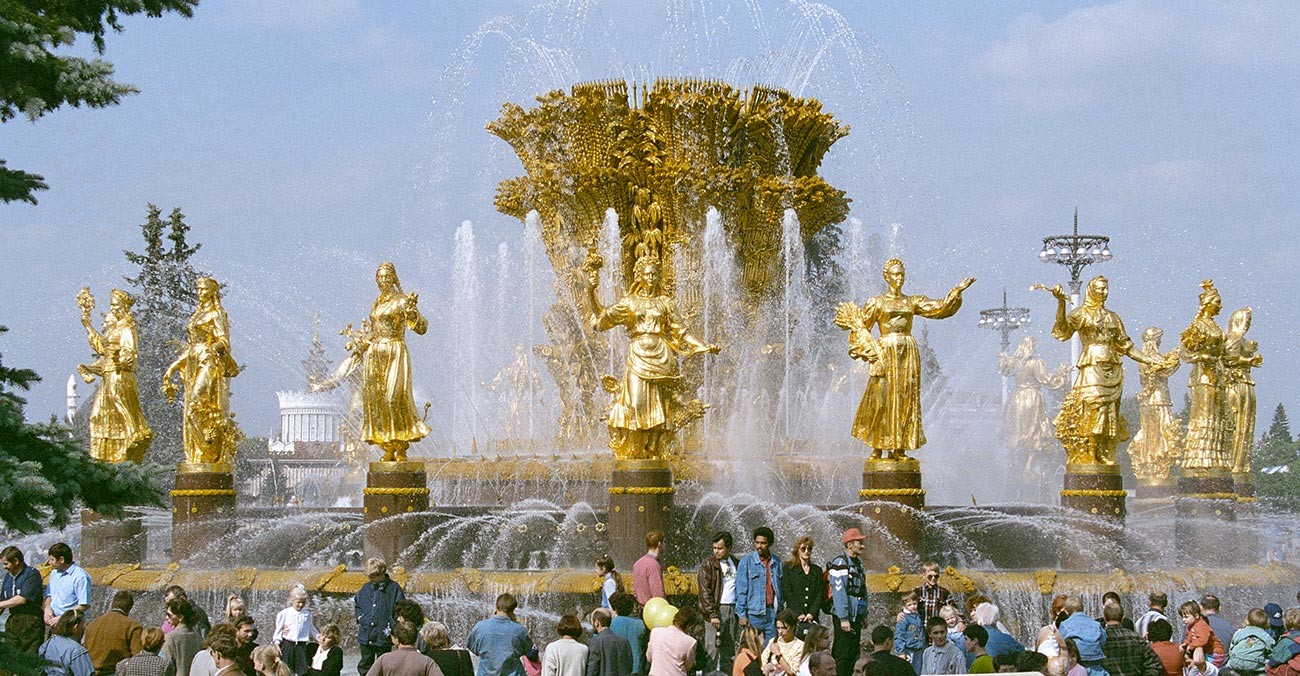 "The Friendship of Nations" fountain in the VDNKh park in Moscow. The fountain symbolically depicts the 17 republics of the USSR.

In 1925, Uzbek and Turkmen SSRs, in 1929 – Tajik SSR, in 1936 – Kazakh, Kirgiz, Georgian, Azerbaijan and Armenian SSRs, in 1940 – Latvian, Lithuanian, Estonian and Moldavian SSRs all became Republics of the Soviet Union. Added to the previous ones, by 1940, there were 17 republics within the USSR.

And all these 17 republics were, in fact, governed from the center – from Moscow, where the Central Committee and its General Secretary were based. Indeed, Stalin’s design prevailed and the Soviet Socialist Republics didn’t become independent Socialist states, instead remaining satellite republics within the USSR.