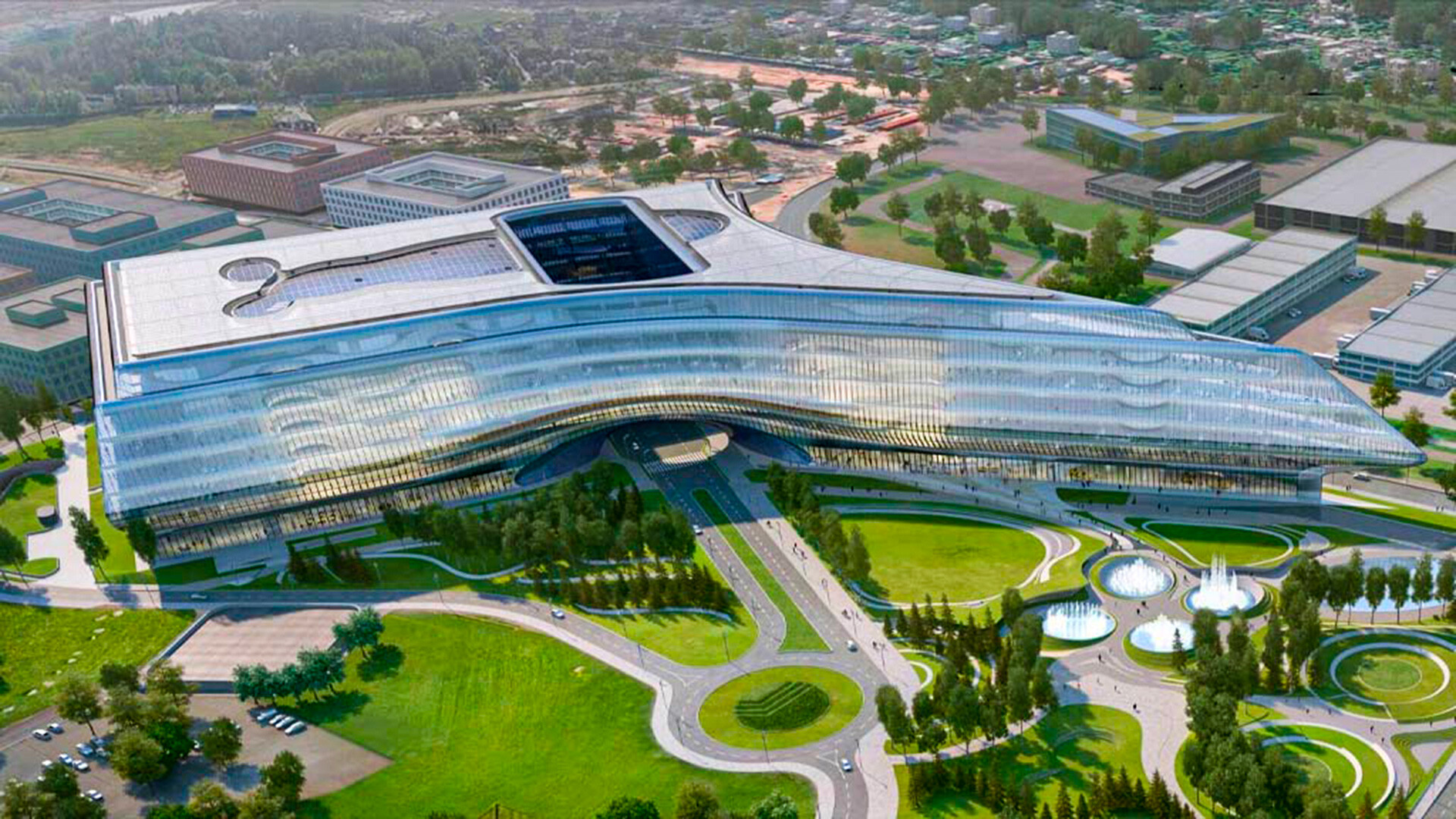 Skolkovo Resident
Tree-shaped columns, winter gardens with birch trees, a hotel, dozens of restaurants and yoga areas - all in a futuristic building that resembles an arrow.

Leading Russian bank Sberbank is building a technology park on the territory of the Skolkovo Innovation Center in Moscow. The project by the famous Zaha Hadid Architects won an international tender to secure this deal. 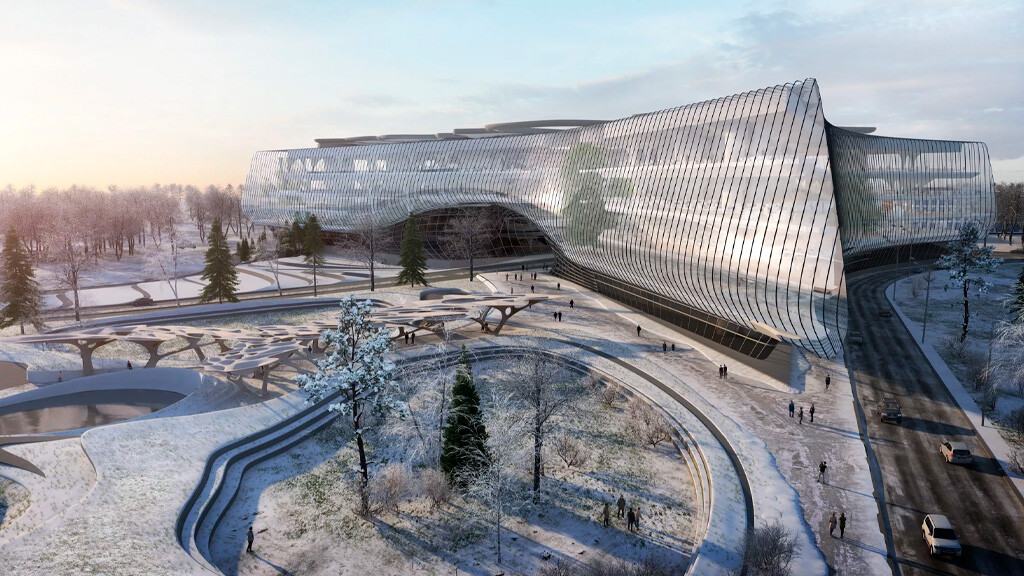 The Technopark will be a 10-storey building, with 266,000 square meters of space, which will be in the form of a volumetric arrow. It will be able to accommodate more than 14,000 employees. 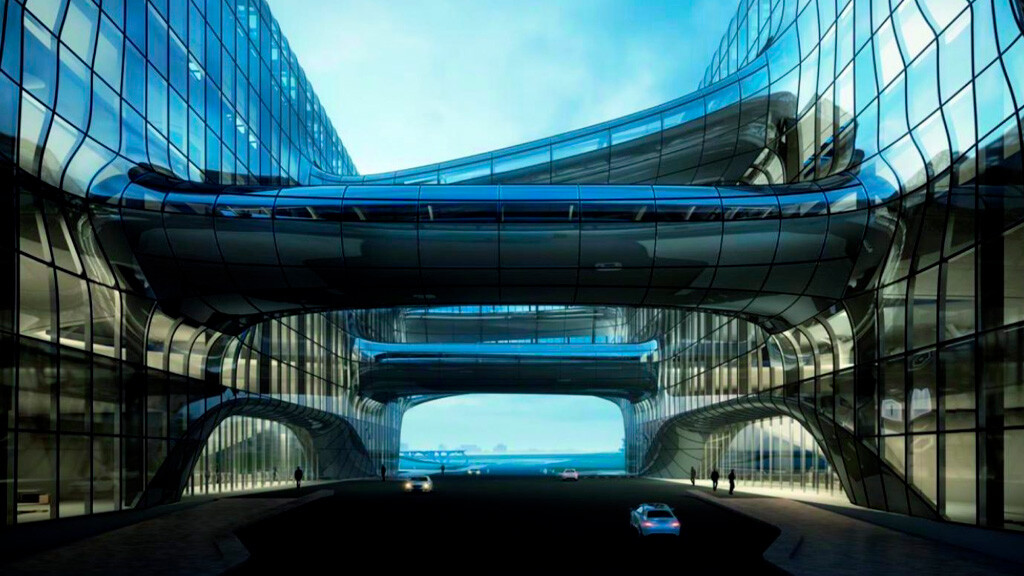 The center of the futuristic structure will be marked by Hadid’s usual smooth lines, and it will have a giant atrium with a glass-roof dome. Support for the latter will rest on a huge wooden column that has a height of 50 meters. 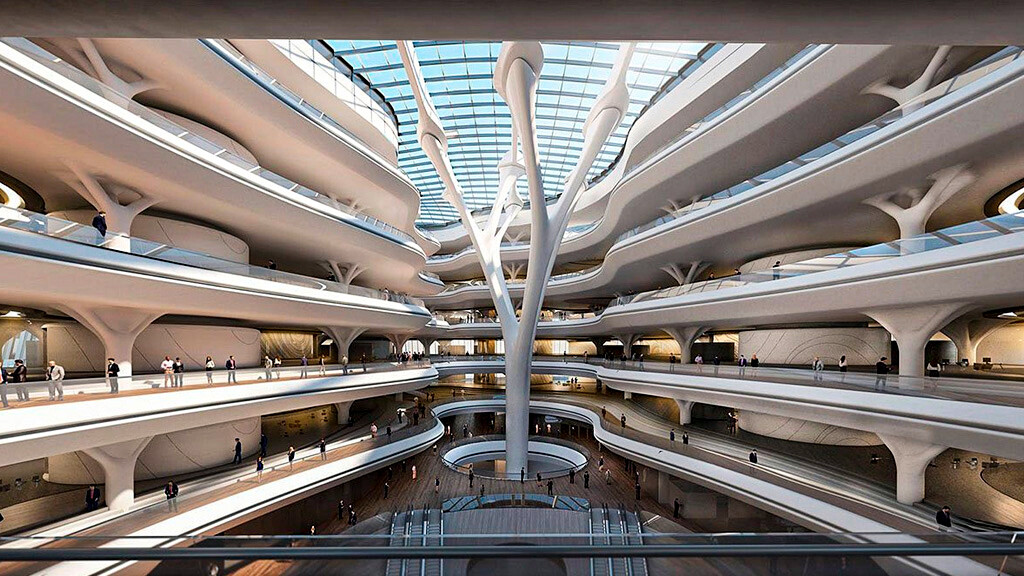 In addition to business areas, the building will house 24 cafes and restaurants, a library, hotel and rooms for sports and yoga. 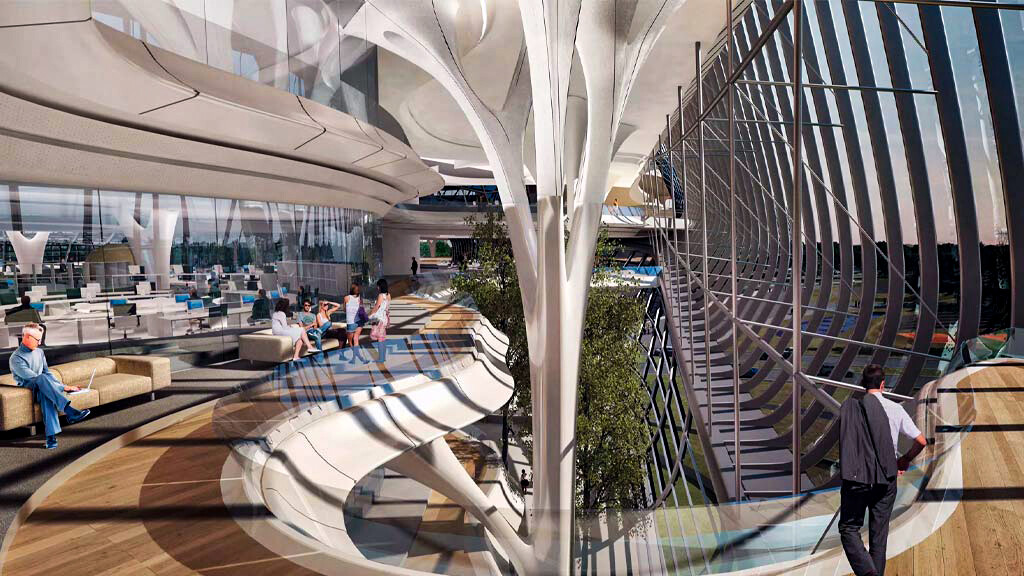 At the same time, there will be leisure and recreational areas on the top floor; part of the offices and leisure areas will alternate with each other, forming a long chain. 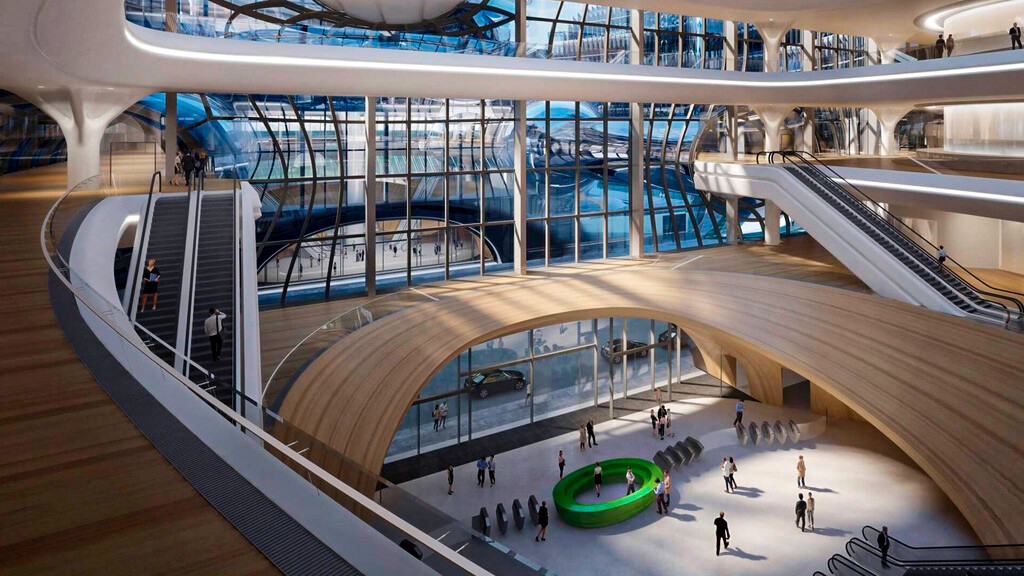 There will also be winter gardens with real plants in the technology park. 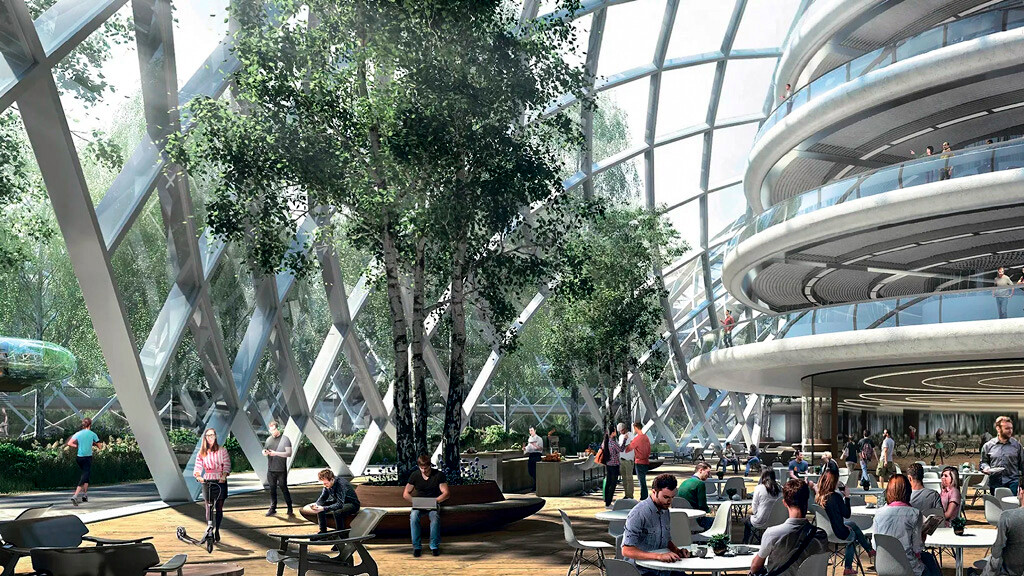 Around the building will be a promenade, consisting of a square with meadows and fountains, and an oval pond. 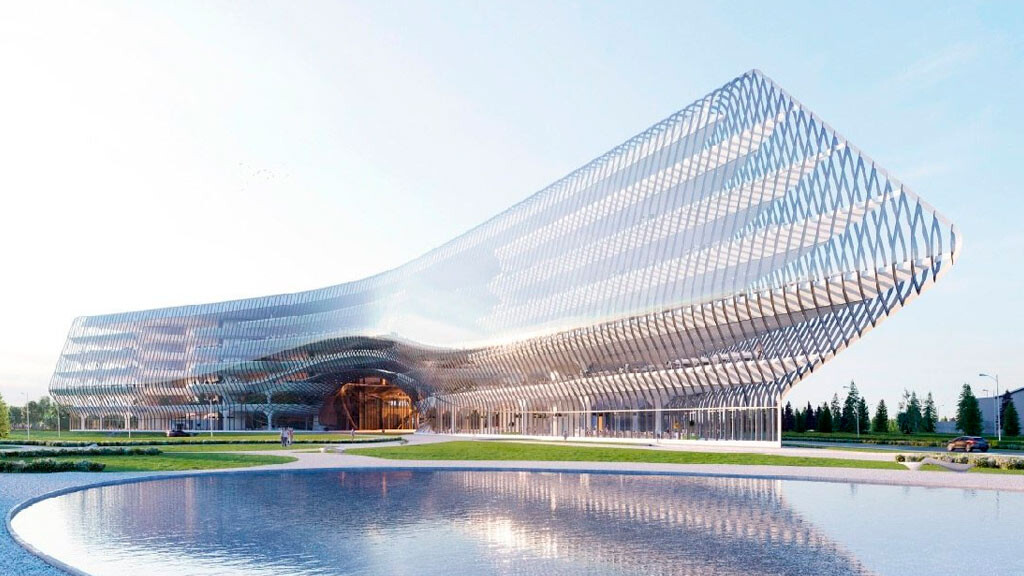 This is one of Hadid’s latest projects on which the legendary Zaha Hadid herself personally worked before she died in March 2016. 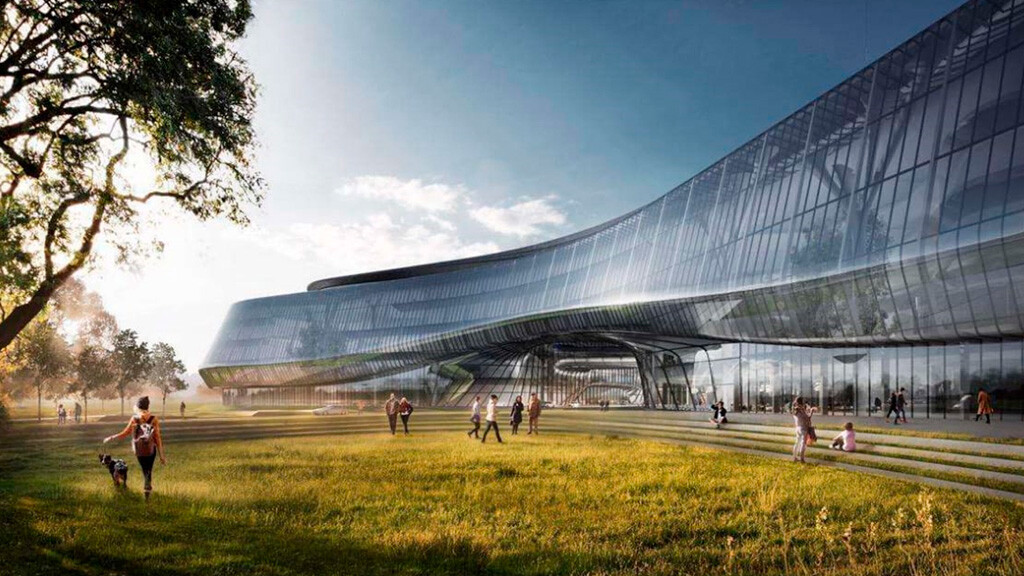 The Technopark is scheduled to be built by the end of the year.