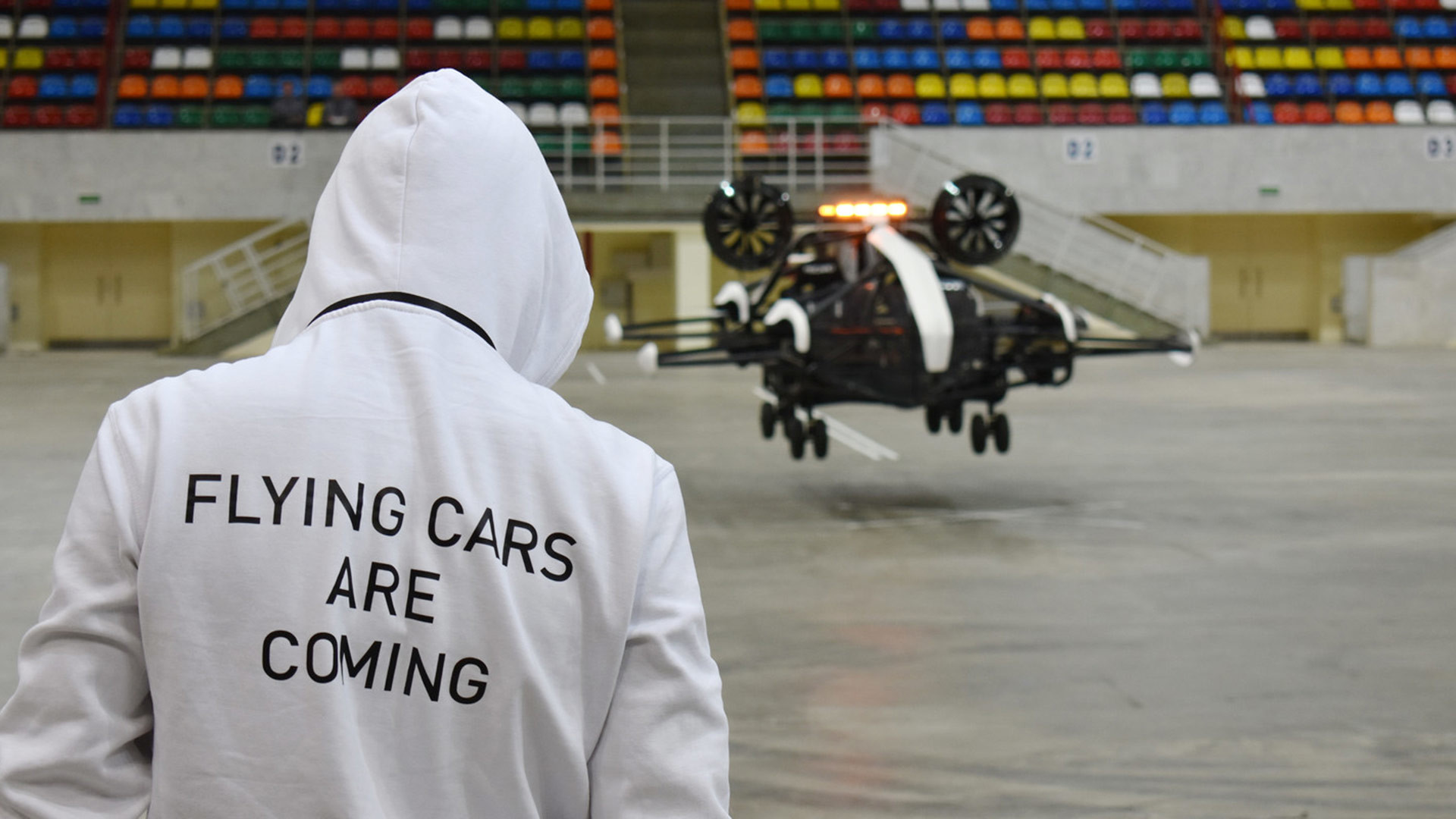 Hoversurf
Moscow may get its first drone taxis as early as in 2023-2025. In the meantime, they are being tested at an indoor stadium. 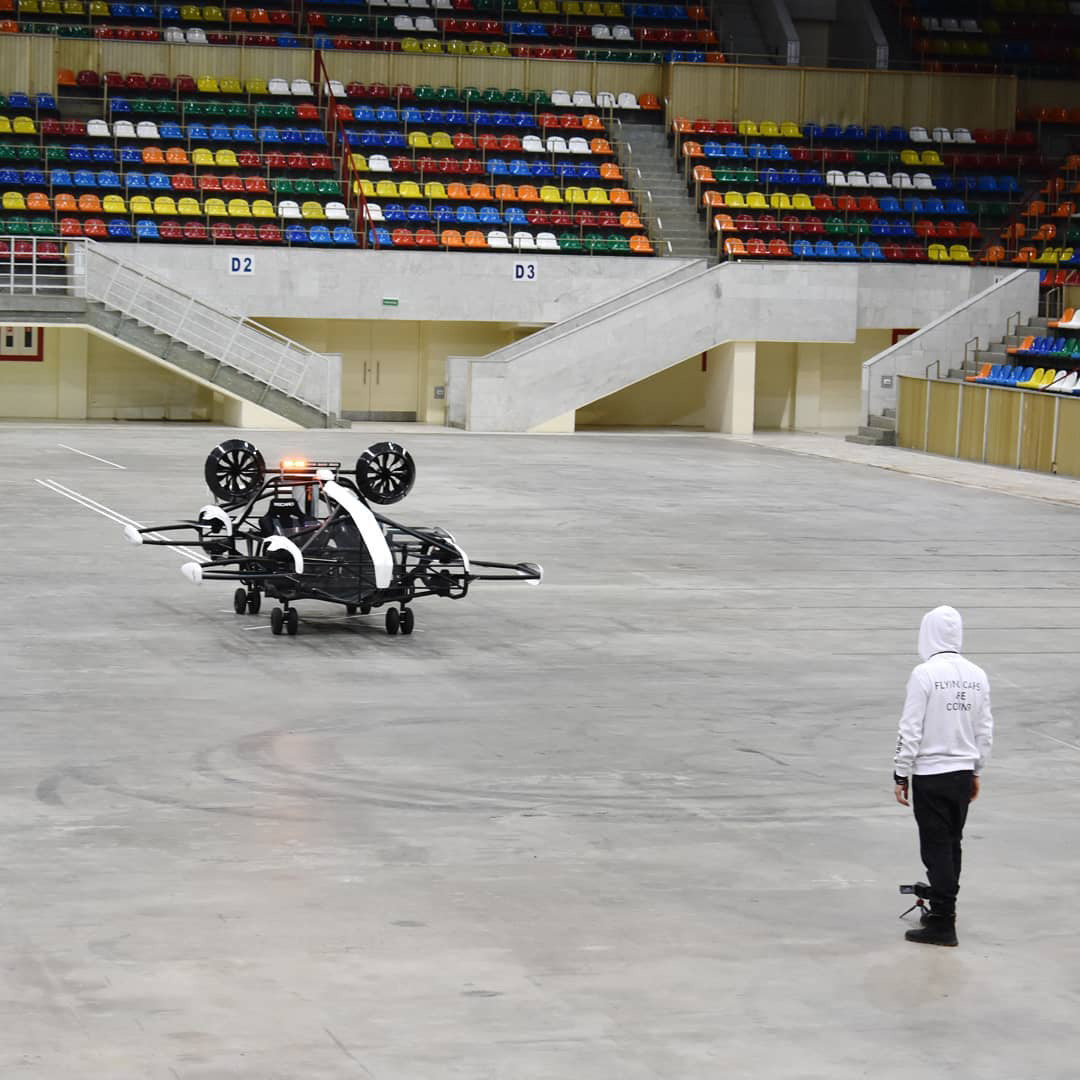 The drone taxi is the size of a standard sedan car (5 m x 1.6 m), says TASS news agency, citing the press service of the Moscow city Department of Entrepreneurship and Innovative Development.

It can reach an altitude of 150 meters and cover a distance of up to 100 kilometers in one go. The drone taxi does not require the construction of special runways, as it can land on an ordinary parking lot and is also capable of maneuvering onto a parking lot and flying into a garage. It will be able to carry two people or up to 300 kilograms of cargo and to develop a speed of up to 200 km/h (124 mph). 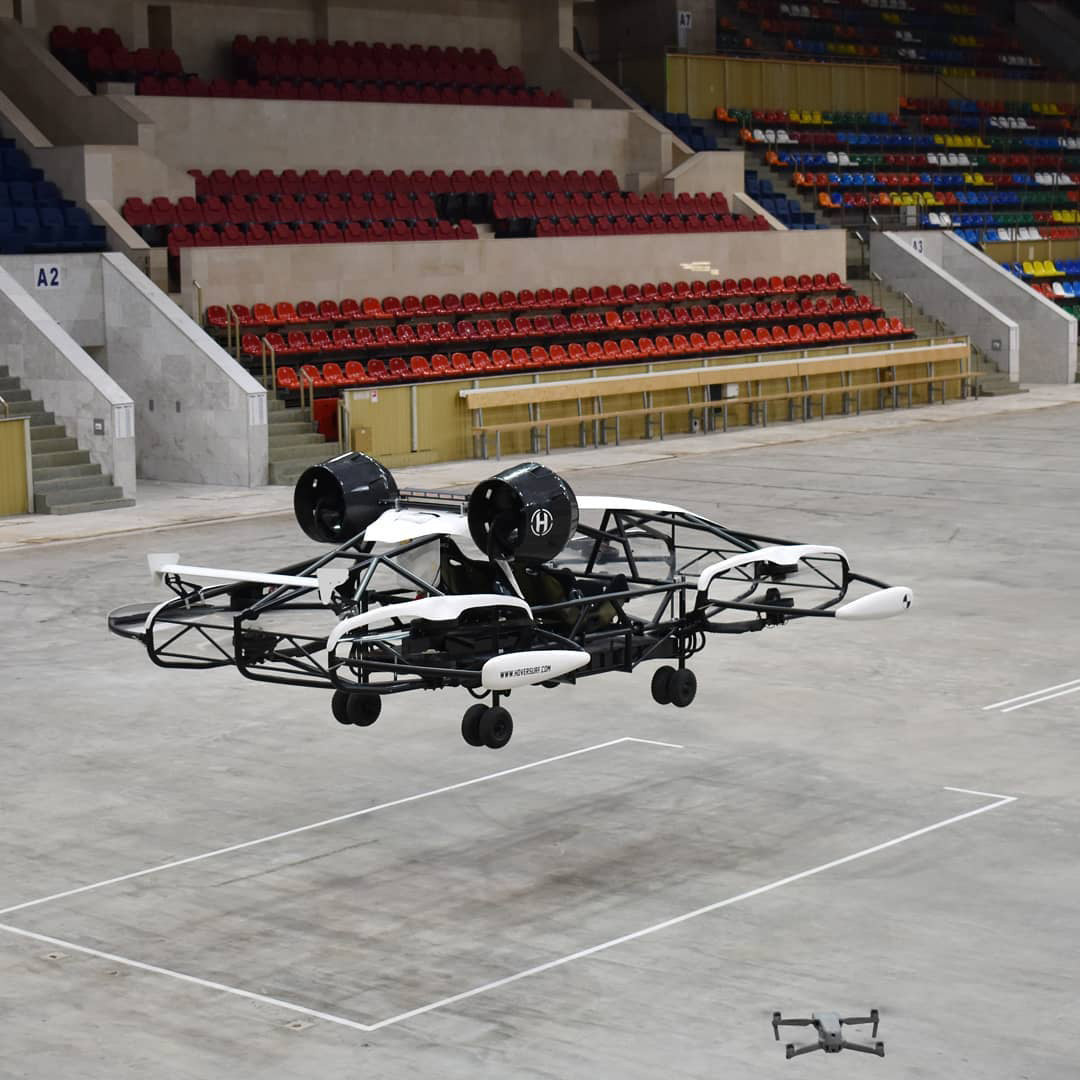 The drone taxi is currently being tested at an indoor arena of the Luzhniki Stadium. For the time being, the prototype is testing the ‘Lift & Cruise’ flight mode, whereby the take-off, landing and horizontal flight are taken care of by different groups of engines and is trialling a parachute system to be used in emergencies. 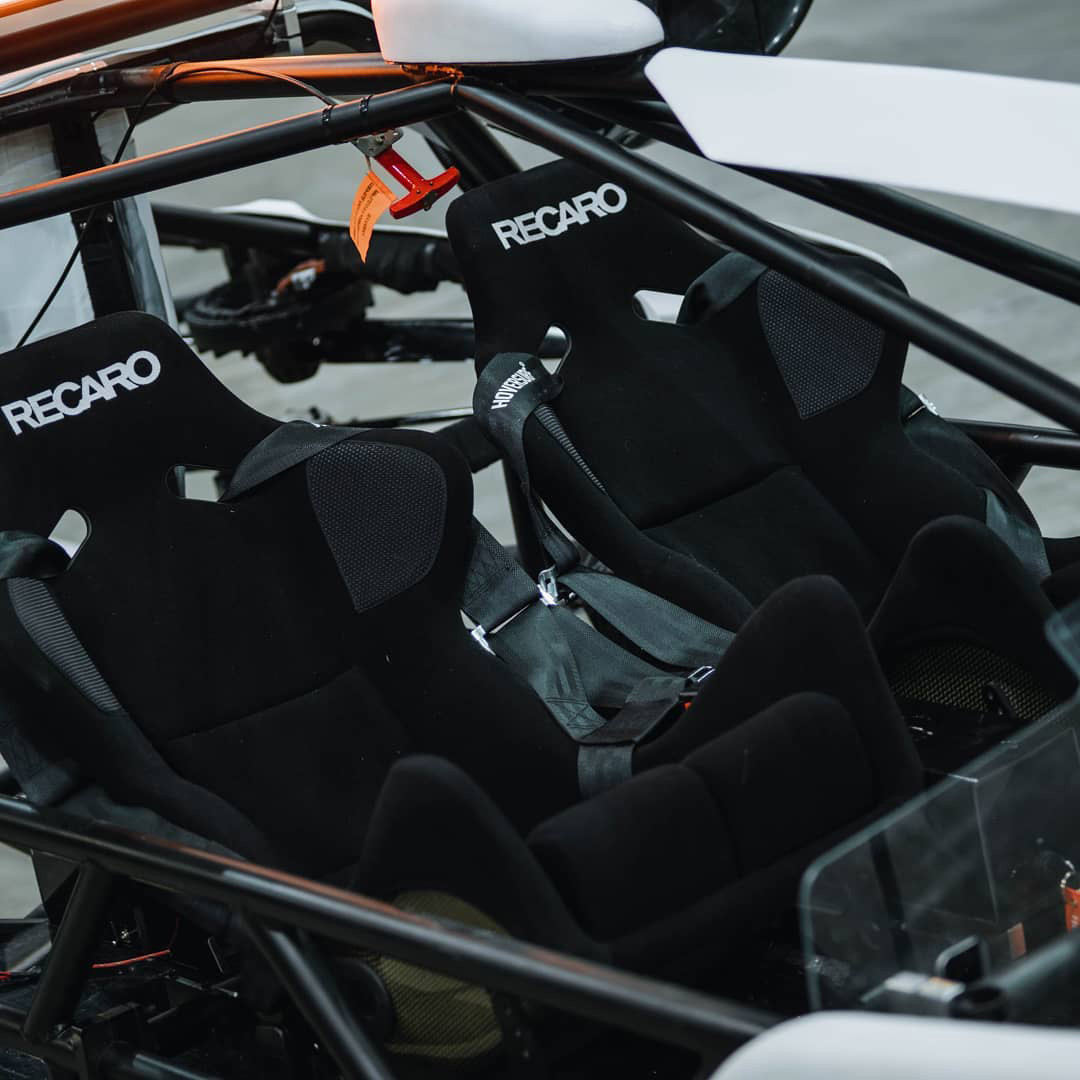 Inventor and businessman Alex Atamanov, the founder of Hoversurf, began developing the drone taxi in 2018. In addition to this project, Hoversurf has a hoverbike project, which Atamanov presented in 2016. 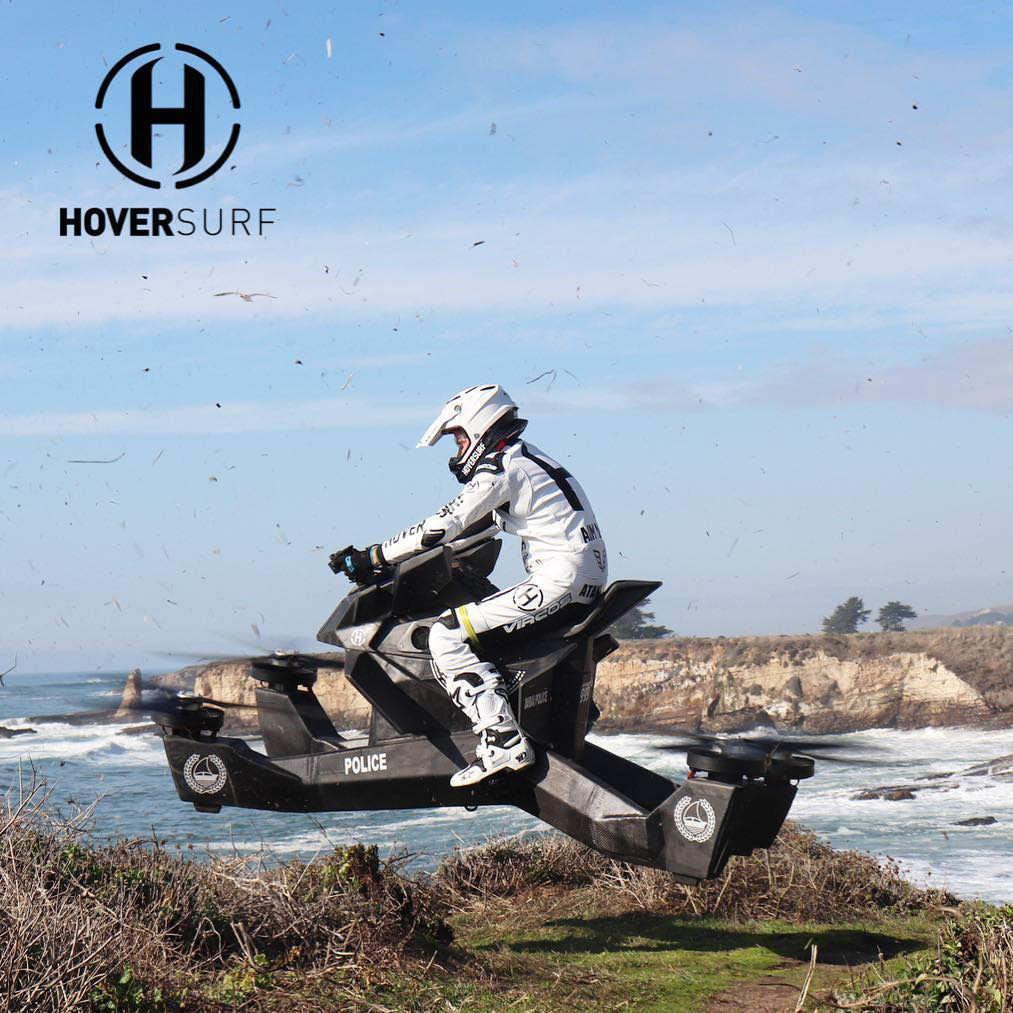 The hoverbike can fly for up to 40 minutes and reach a maximum speed of 96 km/h (59 mph). After its public testing at the ‘Startup Village’ conference in Skolkovo, the company received 3,500 pre-orders for its hoverbike. For the time being, the hoverbikes are sold one at a time, with each one taking a month to assemble, Atamanov said in an interview with Vc.ru in 2019.

The Hover Taxi now has more chances of entering mass production, Atamanov told the Popular Mechanics magazine. He said that by the spring of 2021, the Moscow City government has plans to build a new platform at Skolkovo for testing the drone: it will have a 5G signal and will make it possible to improve the drone’s AI-based control system, which maps routes, operates the drone and ensures flight safety. 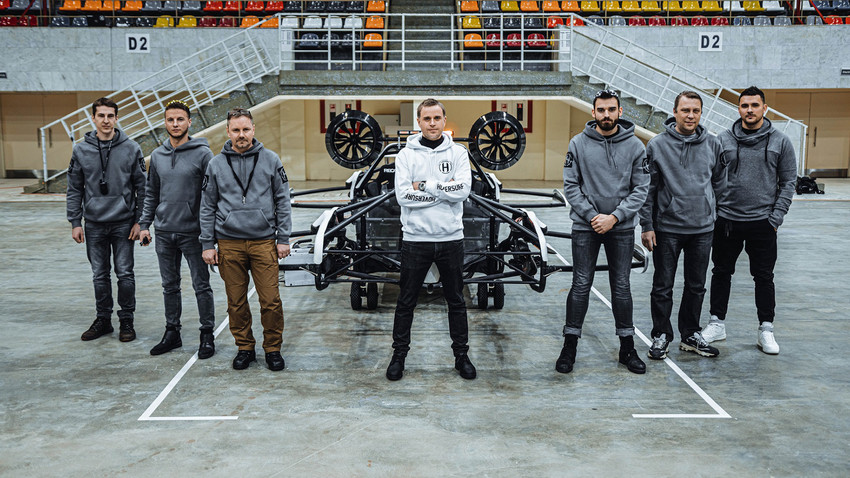 Hoversurf expects to be able to produce the first production models of its drone taxi in 2021. However, they will not be able to enter mass use until 2023-2025, when Russia gets a 5G network and adopts a law allowing the use of drones like these on the country’s territory.