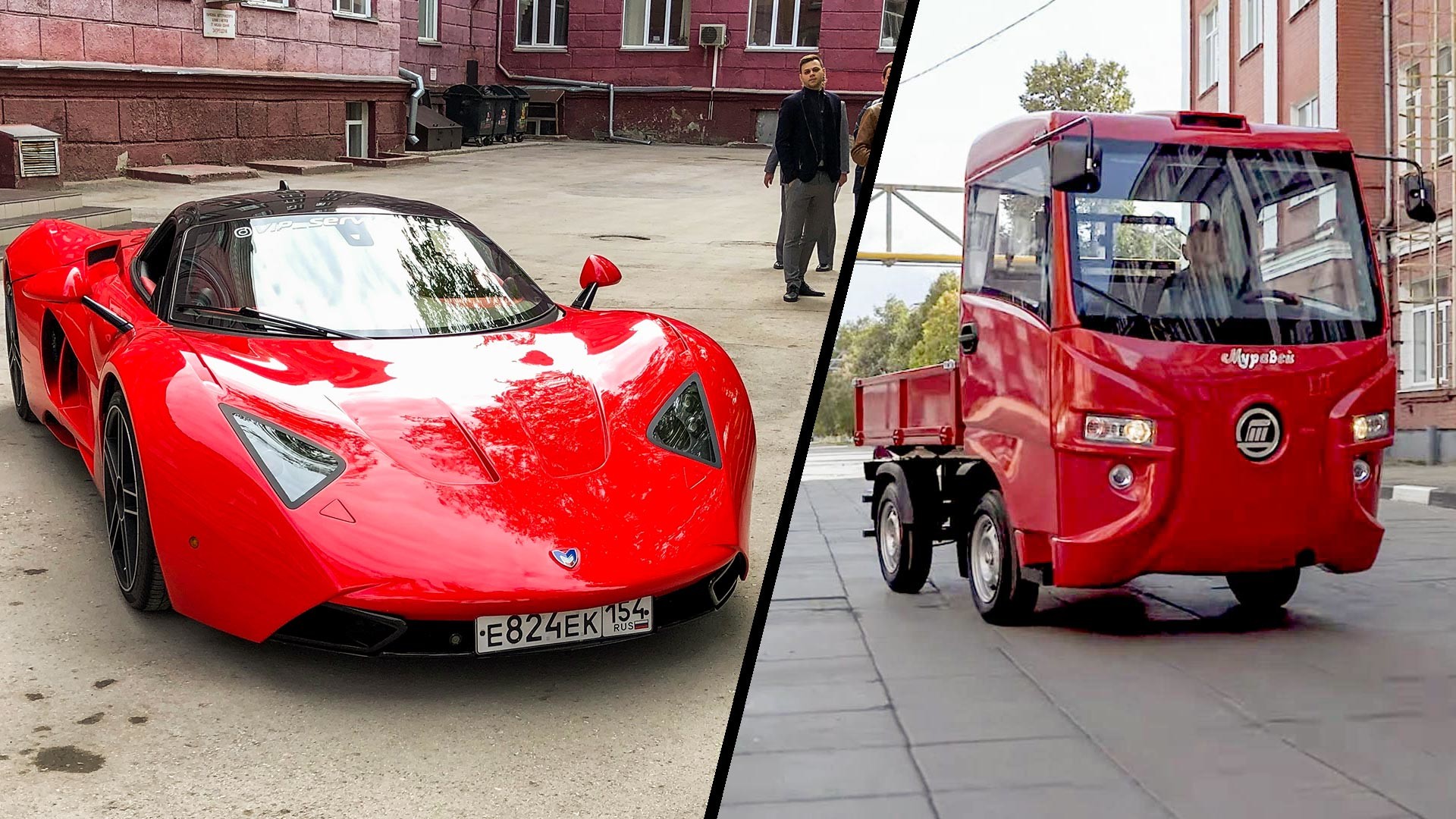 https://www.youtube.com/watch?v=AkguJ9Omwuk
Electric car production in Russia has yet to spark into life. However, Russian entrepreneurs and companies, with an eye on Tesla's achievements, are giving it their best shot. We present the most interesting projects to date. 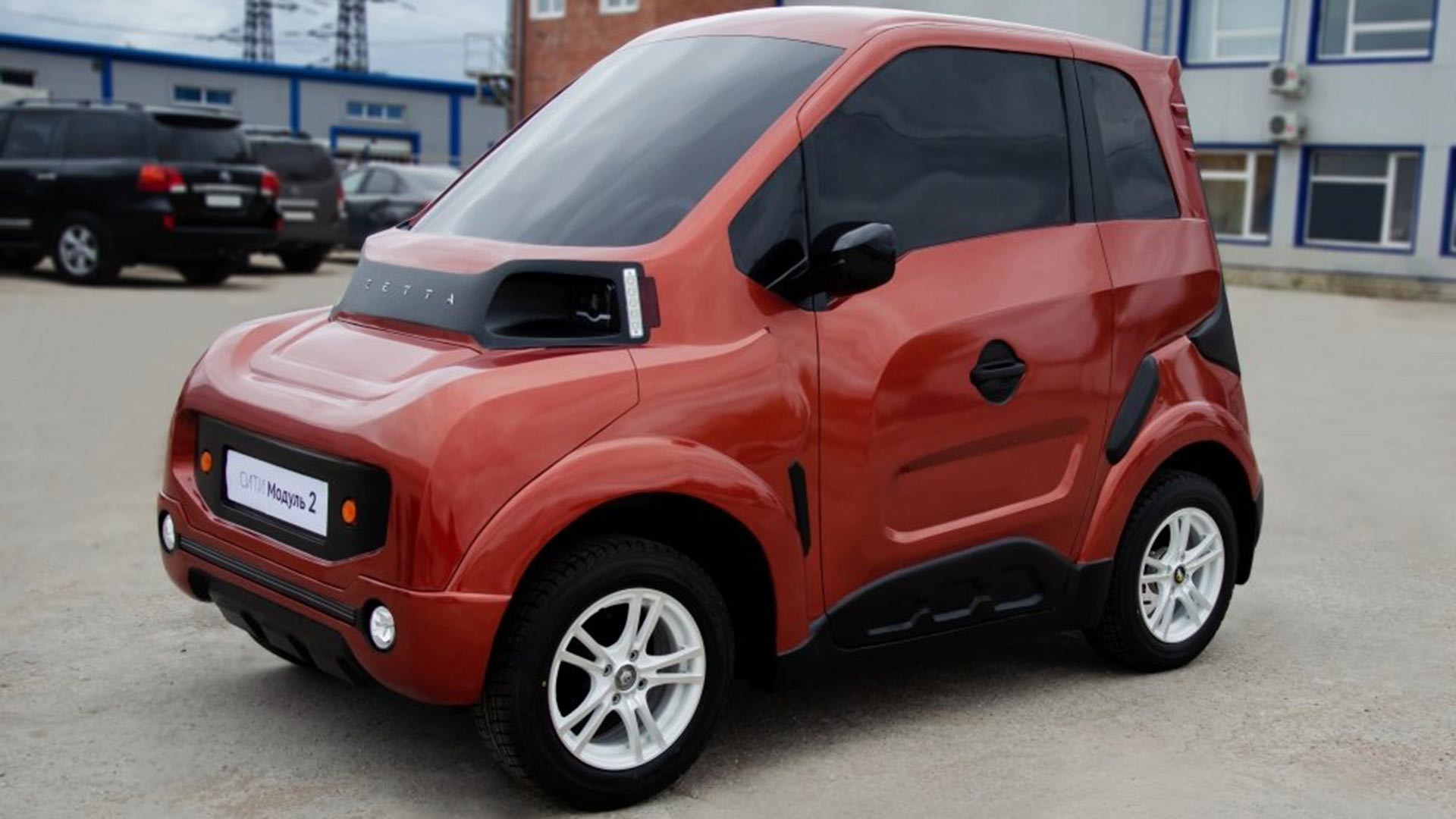 Development of this budget electric four-seater with a top speed of 120 km/h began in 2016 at the private Zetta plant in Togliatti (798 km from Moscow). Depending on the battery capacity, the vehicle can cover 200–560 km on a single charge 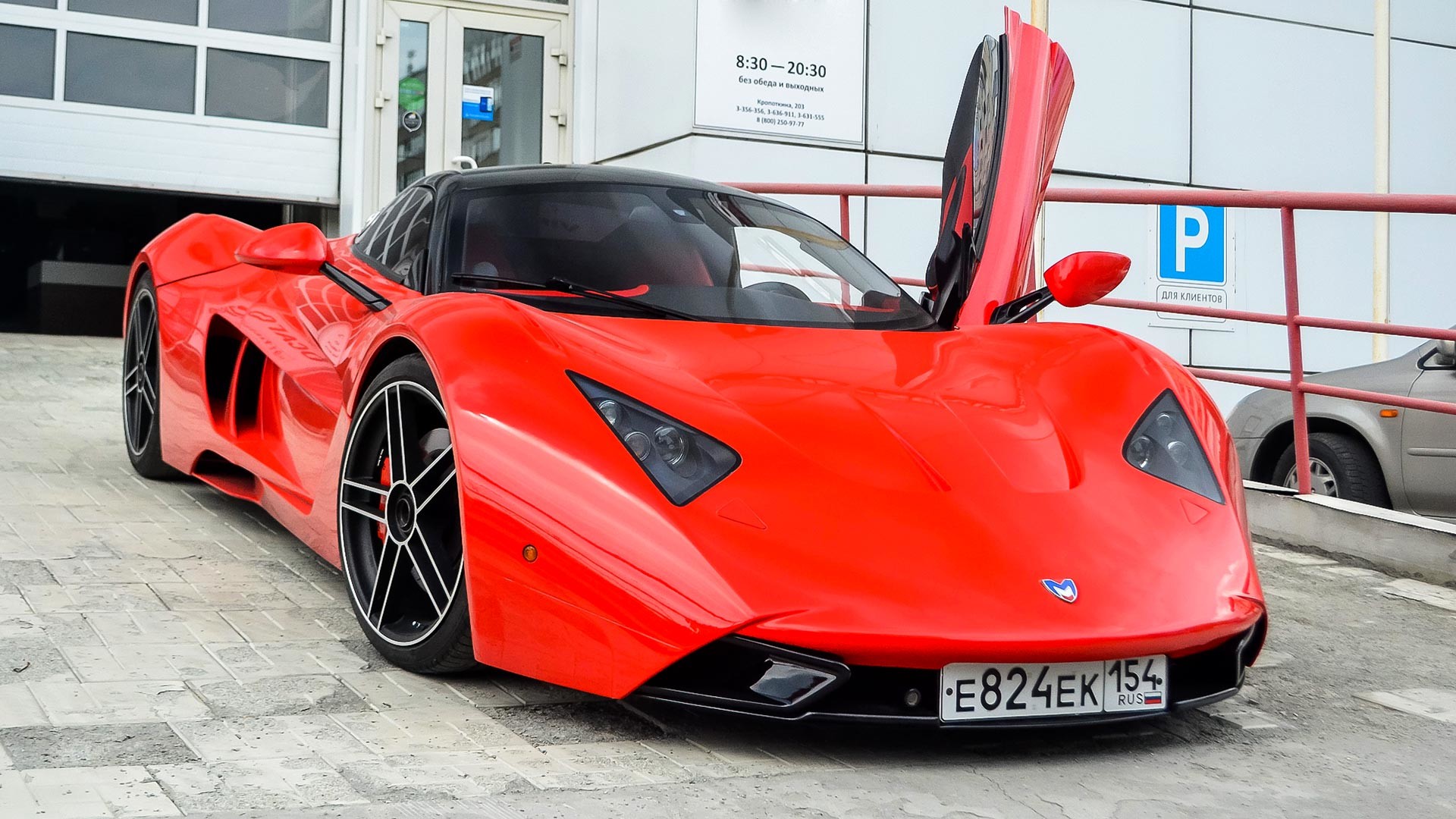 The Marussia was the first Russian supercar — its prototype, unveiled in 2008, cost from 4.6 million rubles ($66,000) upwards. About 30 prototypes were made in total, but in 2014 the development company went bankrupt and production was discontinued.

In 2017, the Novosibirsk-based Vip-Service, which represented Marussia Motors in Siberia, purchased six Marussia prototypes from private garages in order to re-engineer them. The project investor was businessman Andrey Bratenkov of the Novosibirsk dealer company KB Spektr.

In May 2019, KB Spektr signed an agreement with the Novosibirsk State Technical University to build an electric vehicle based on the Marussia supercar.

It was reported at the time that the project would be supported by the Ministry of Industry and Trade of the Novosibirsk Region and that 18 months would be needed to build the electric car. 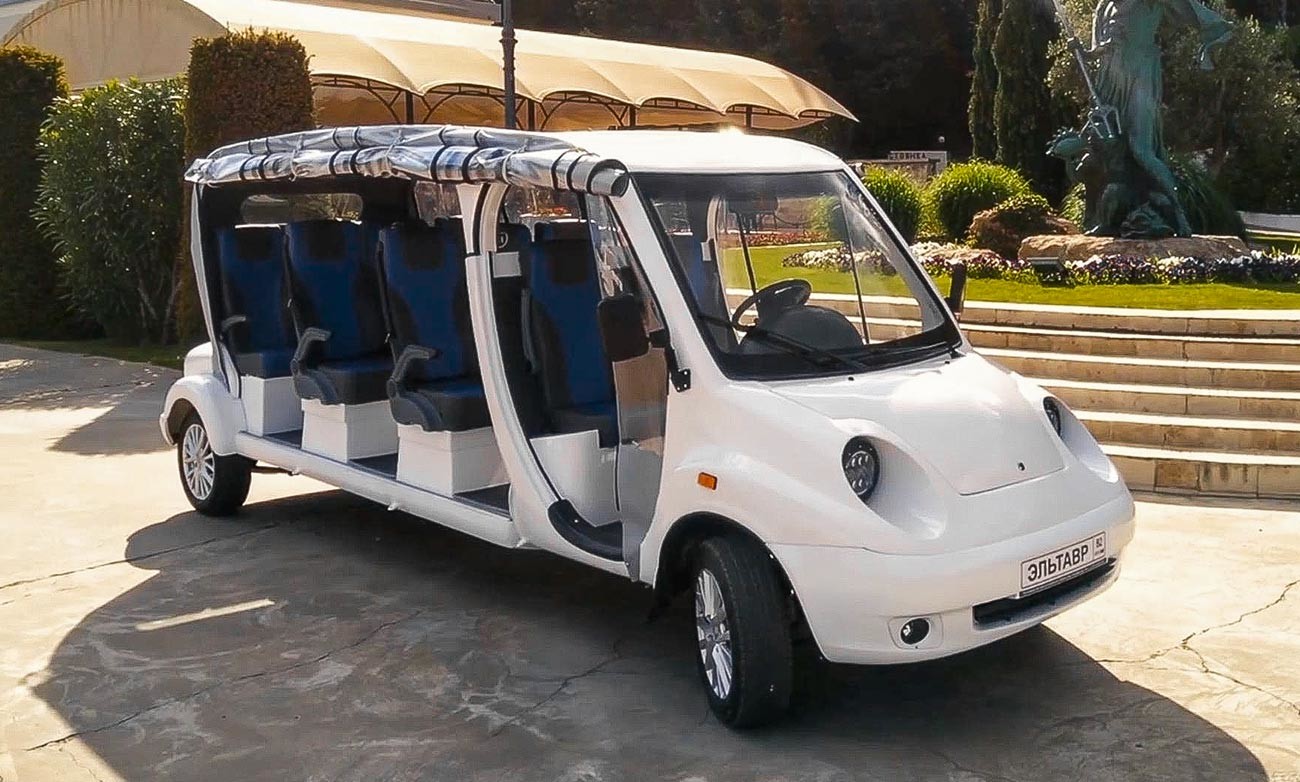 Crimea-based Eltavr, which describes itself as the first Russian manufacturer of small commercial electric vehicles, unveiled a small electric bus in 2019.

Eltavr plans to roll out 50 electric buses in 2020. In addition, the company produces electric trucks and catamarans in three different versions (for lake, river and sea) and will soon start developing electric scooters. 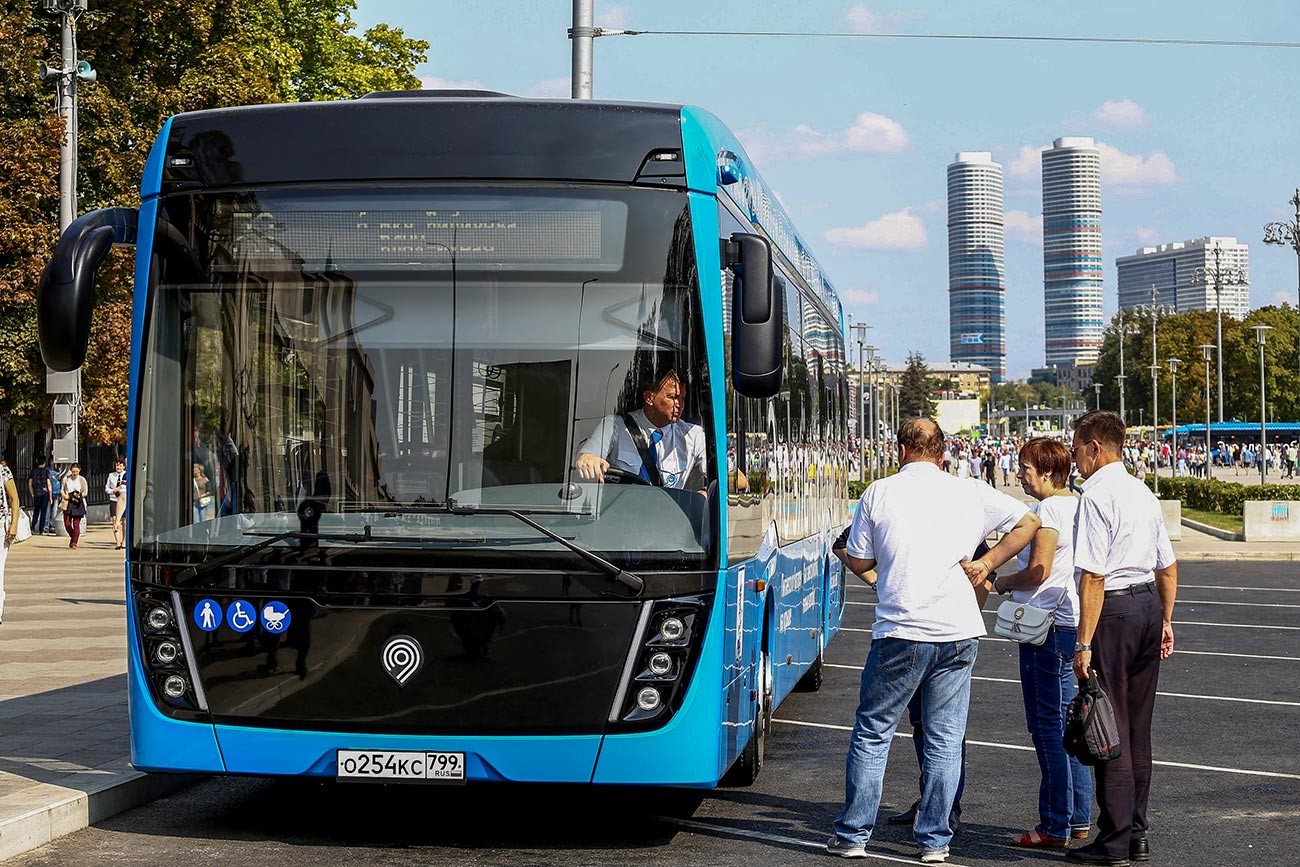 These well-known (in Russia) truck makers both unveiled electric buses in 2016. 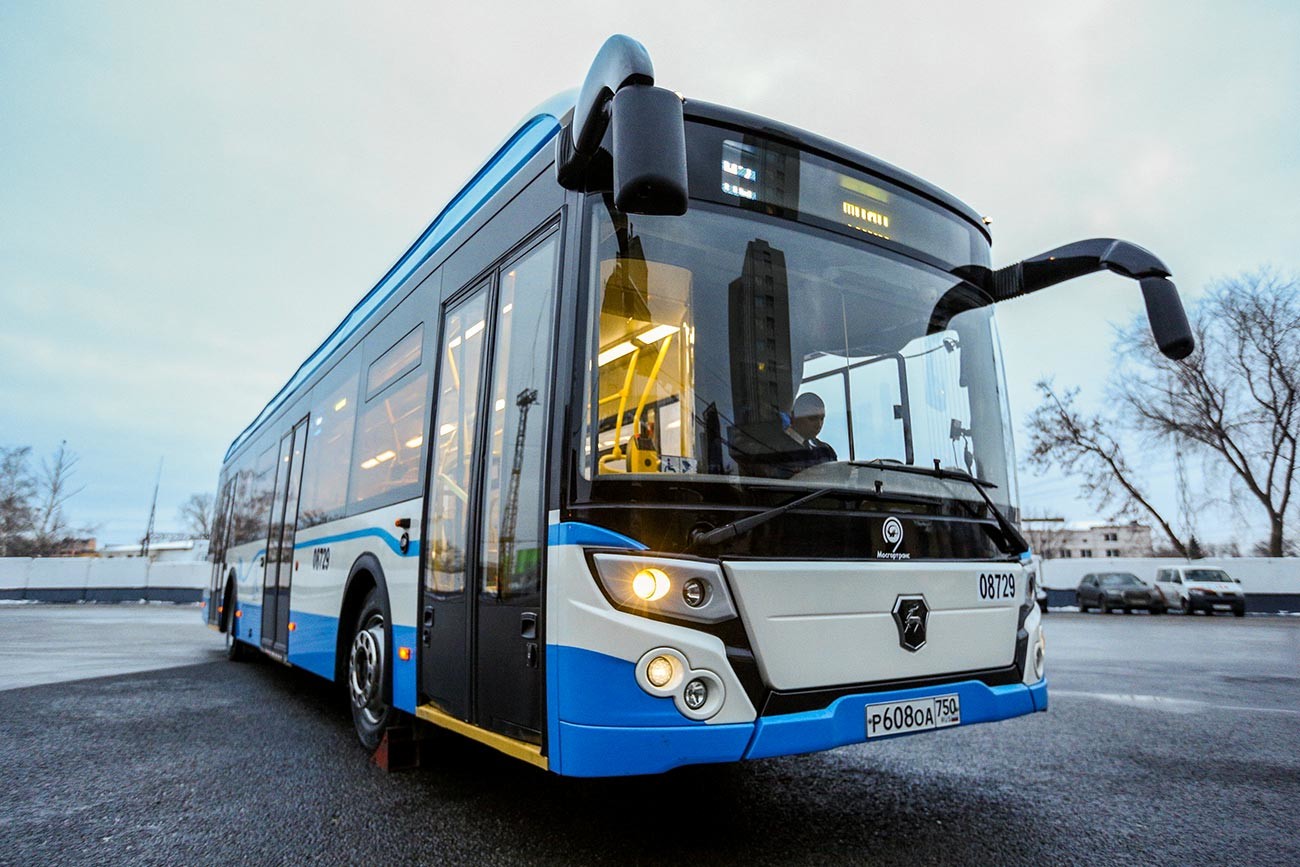 In 2018, versions of these electric buses were launched in Moscow for use by the general public. 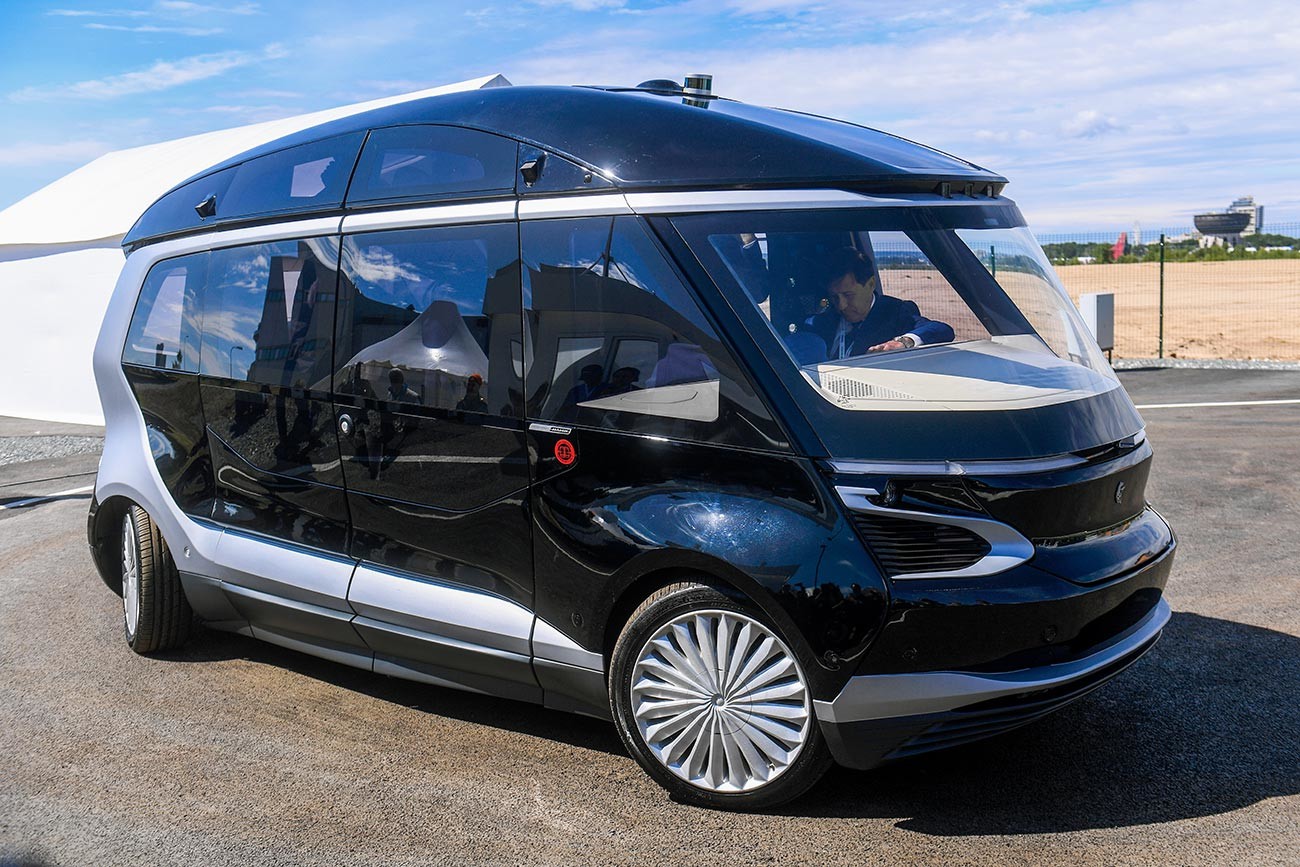 The first version of this autopilot minibus for 8-12 passengers (whose name in Russian stands for “widely adaptive transport logistics”) was presented back in 2016 and a second version was launched in 2018. The vehicle has a top speed of 110 km/h (although it is currently programmed to a 40 km/h limit) and can cover up to 120 km on a single charge.

The automatic control system consists of two roof-mounted lidars, plus cameras and ultrasonic sensors throughout the chassis. All wheels rotate sideways for extra maneuverability.

The S.H.A.T.L. can travel only on predetermined routes. The system itself is programmed where to stop; emergency and on-request stops are also possible by means of an internal interface.

KamAZ promises to launch mass production in 2021-2022 and passengers will be able to ride the driverless minibuses starting 2023-2024. 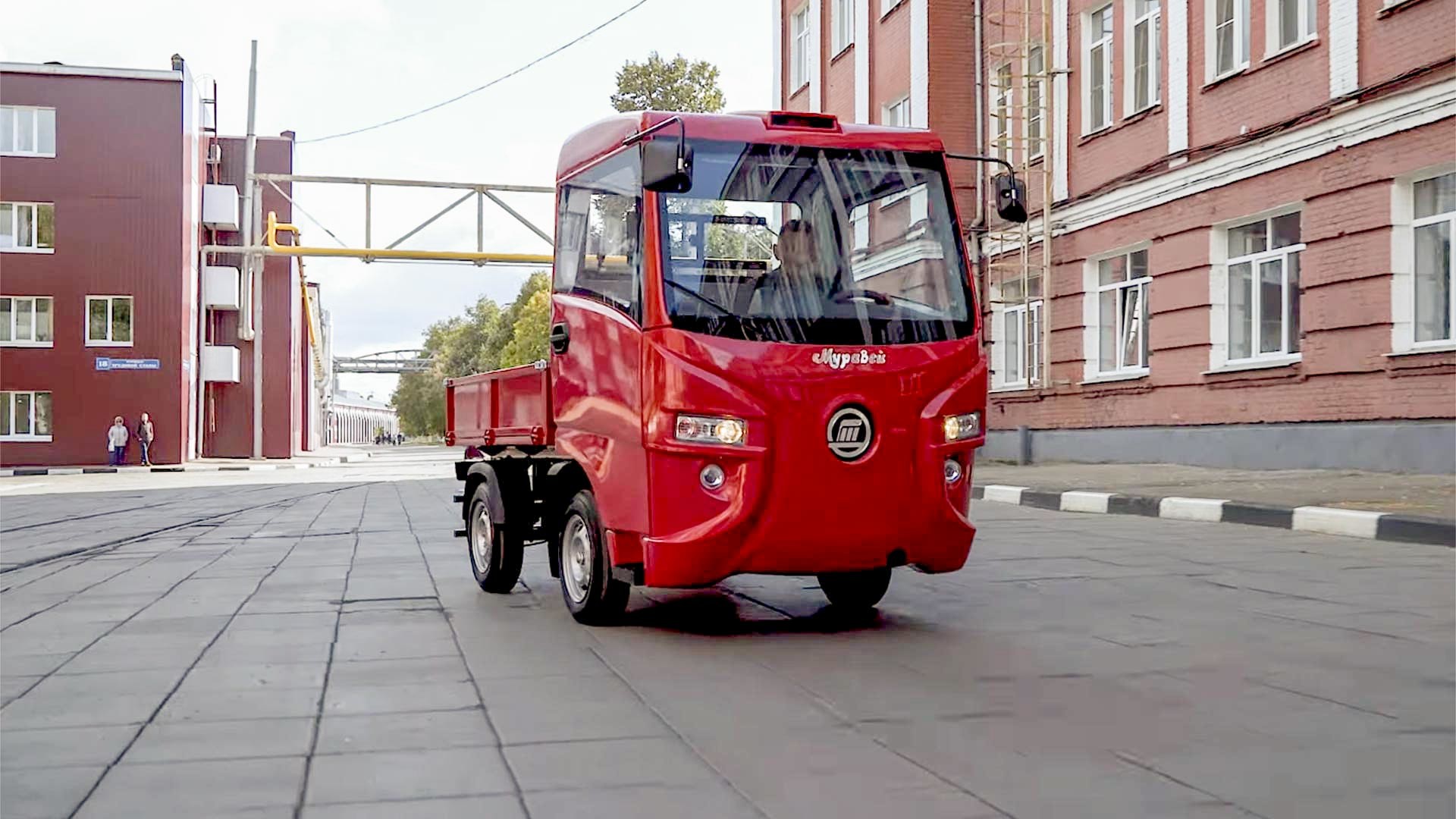 Up until the late 1990s, this Soviet three-wheeler, manufactured at the Tula Machine-Building Plant in 1959-95, was known as the  ‘Muravey’ (“Ant”). In May 2020, sales of a modern version, produced at the same factory, began in Russia. The small electric truck has a lifting capacity of 1 ton.

Inside the Muravey is an electric motor with a capacity of just 5 bhp. Its top speed is 22 km/h, and on a single charge, it can travel 70–90 km, depending on the load. 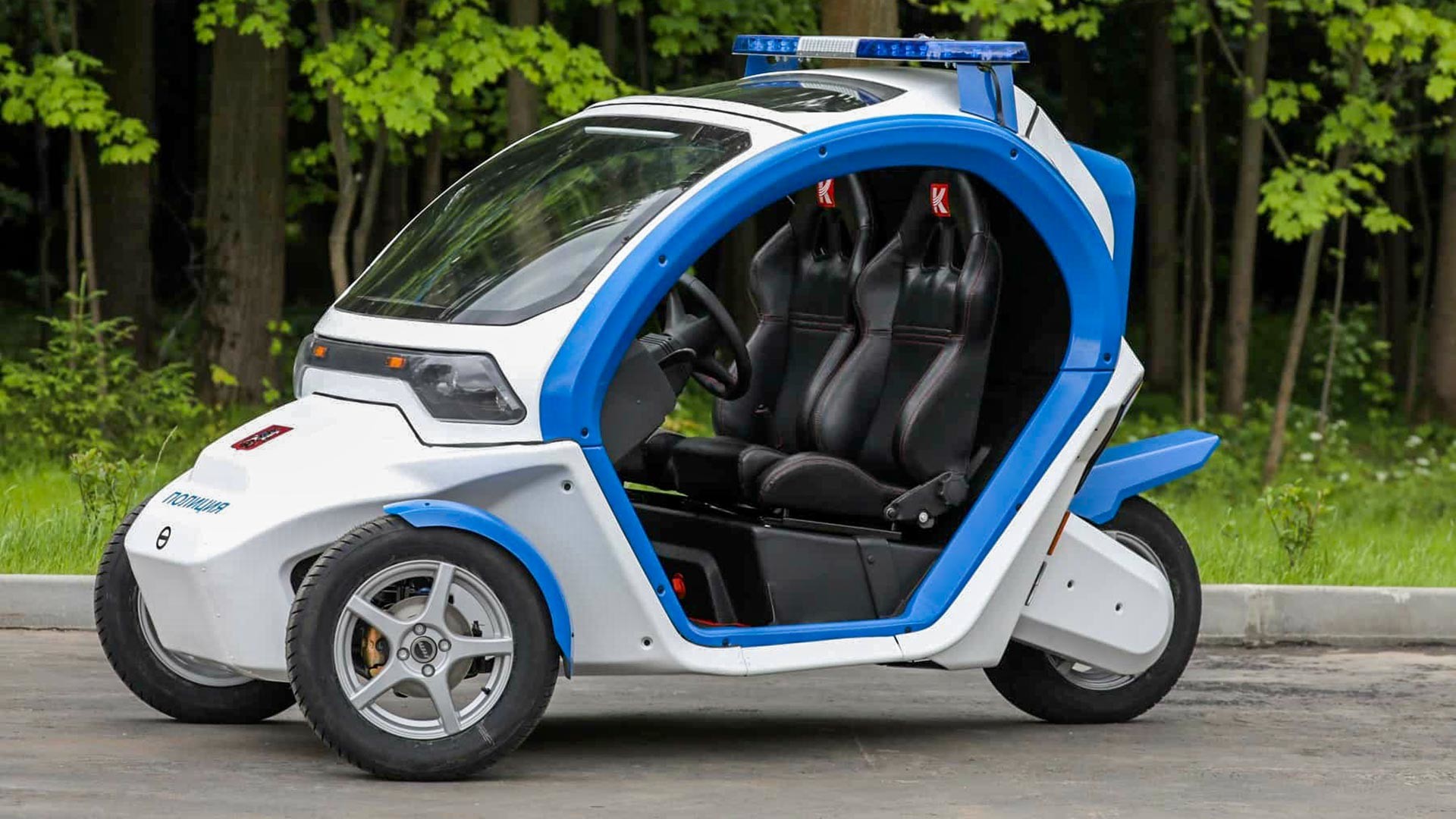 Electrocar Ovum for the Moscow police

In June 2018, the famous arms manufacturer released 30 IZh Pulsar electric motorcycles and four Ovum three-wheeled electric cars for the Moscow police to patrol the streets during the FIFA World Cup.

In August of that same year, Kalashnikov released the Ovum Uv-4 with the same specifications for the civilian market. And a year later, in August 2019, the company unveiled a new version of the Uv-4 with four wheels for taxi and car sharing. 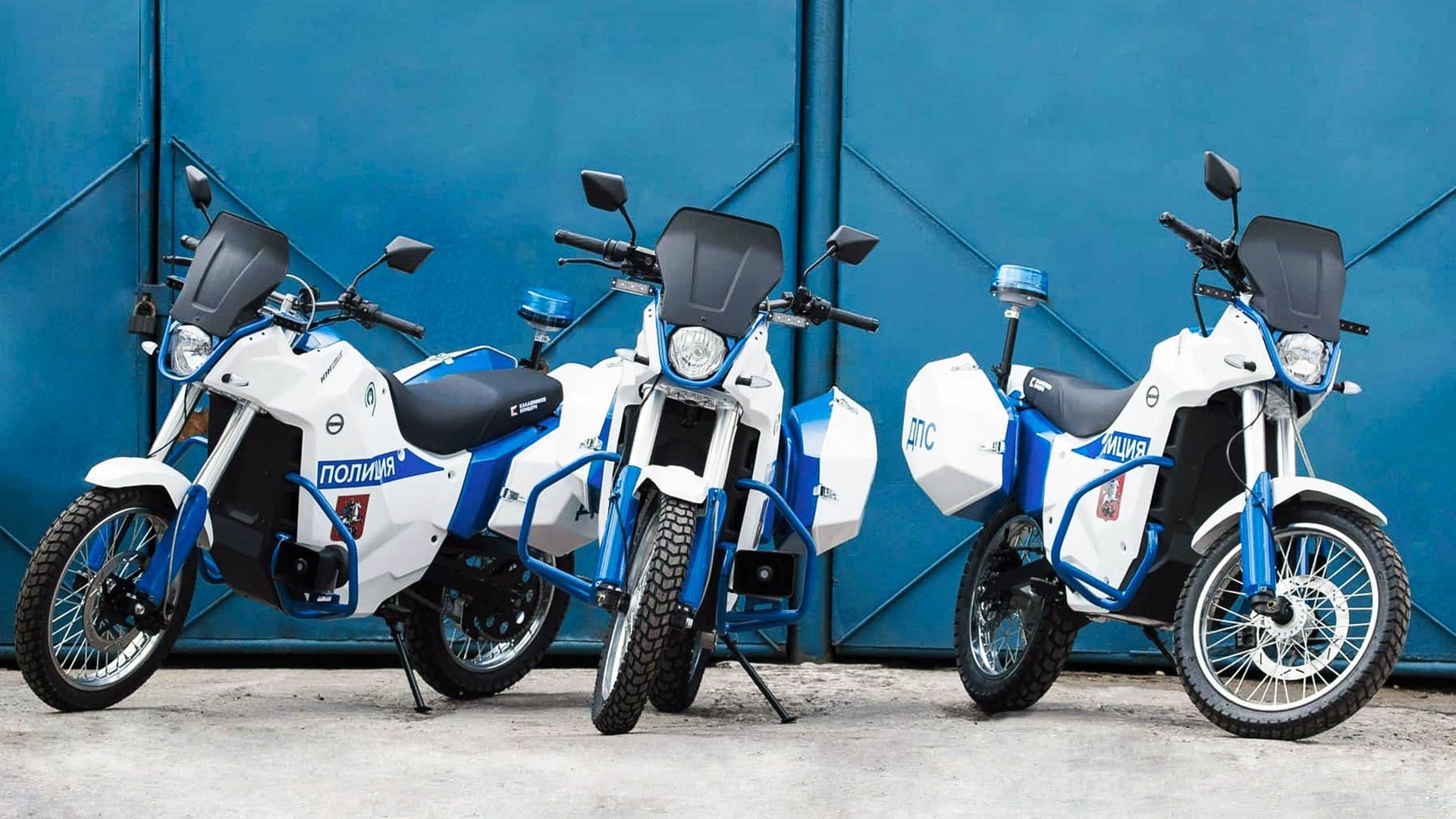 Also in 2018, the company presented a concept of the Sv-1 supercar, based on the body of the Soviet car IZH-21252 Kombi. The vehicle can travel 350 km on a single charge and accelerate from 0 to 100 km/h in six seconds.

Since then, there has been no news of mass development or sales of the supercar, but the company’s press service said that this particular model plans to compete with Tesla.

“We’re talking about competing with Tesla because it’s a successful project. We expect it at least not to be inferior,” Sofia Ivanova, director of External Communications at Kalashnikov, told RBC news agency.