Russia set to test its cruise missiles near Libya's coasts 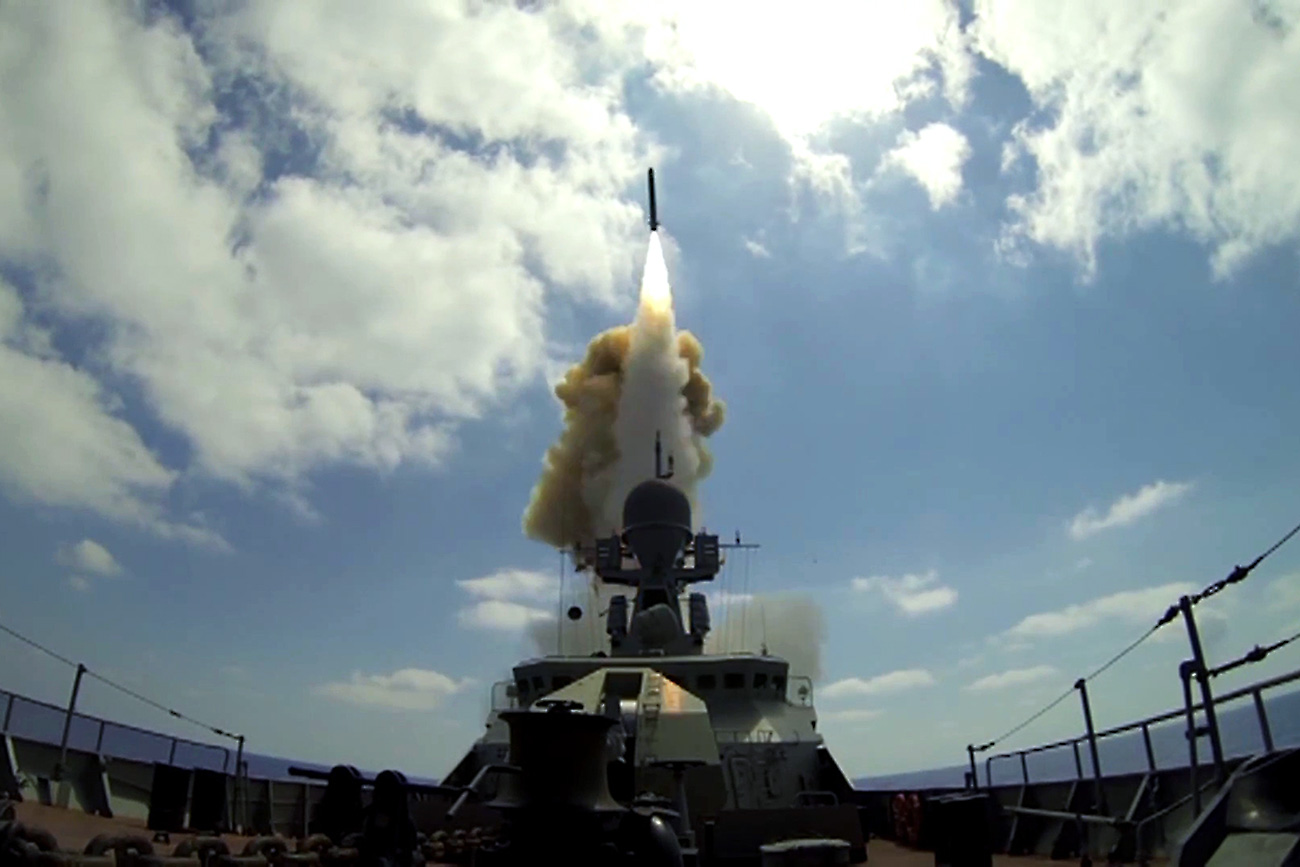 RIA Novosti
At the end of May, ships from the Russian Navy's Mediterranean squadron will conduct drills near the Libyan coast. Experts say that this is being done to promote the Kalibr and X-35 cruise missiles in the North African countries.

Airlines have been notified by Russia’s Defense Ministry that from May 24-27 Russian Navy ships will fire missiles for drills off the Libyan coast.

The ministry said it was necessary to limit flights 150 kilometers from Tripoli, Libya's capital, which almost encompasses the entire Libyan coast.

Which missiles will be tested near the Libyan coast?

According to the Russian mass media, there are currently seven Russian Navy ships in the Mediterranean Sea, as well as the Krasnodar submarine. The Mediterranean squadron includes two missile frigates, a large landing ship, as well as a medium reconnaissance ship. The remaining three are auxiliary vessels for their "big" brothers.

"The drill zone depends on which exact systems will be tested - the Kalibr cruise missiles, the anti-ship 3M54 missiles, or the X-35 missiles from the Uran ship set," said Editor-in-Chief of the Arsenal Otechestvo magazine Victor Murakhovsky. 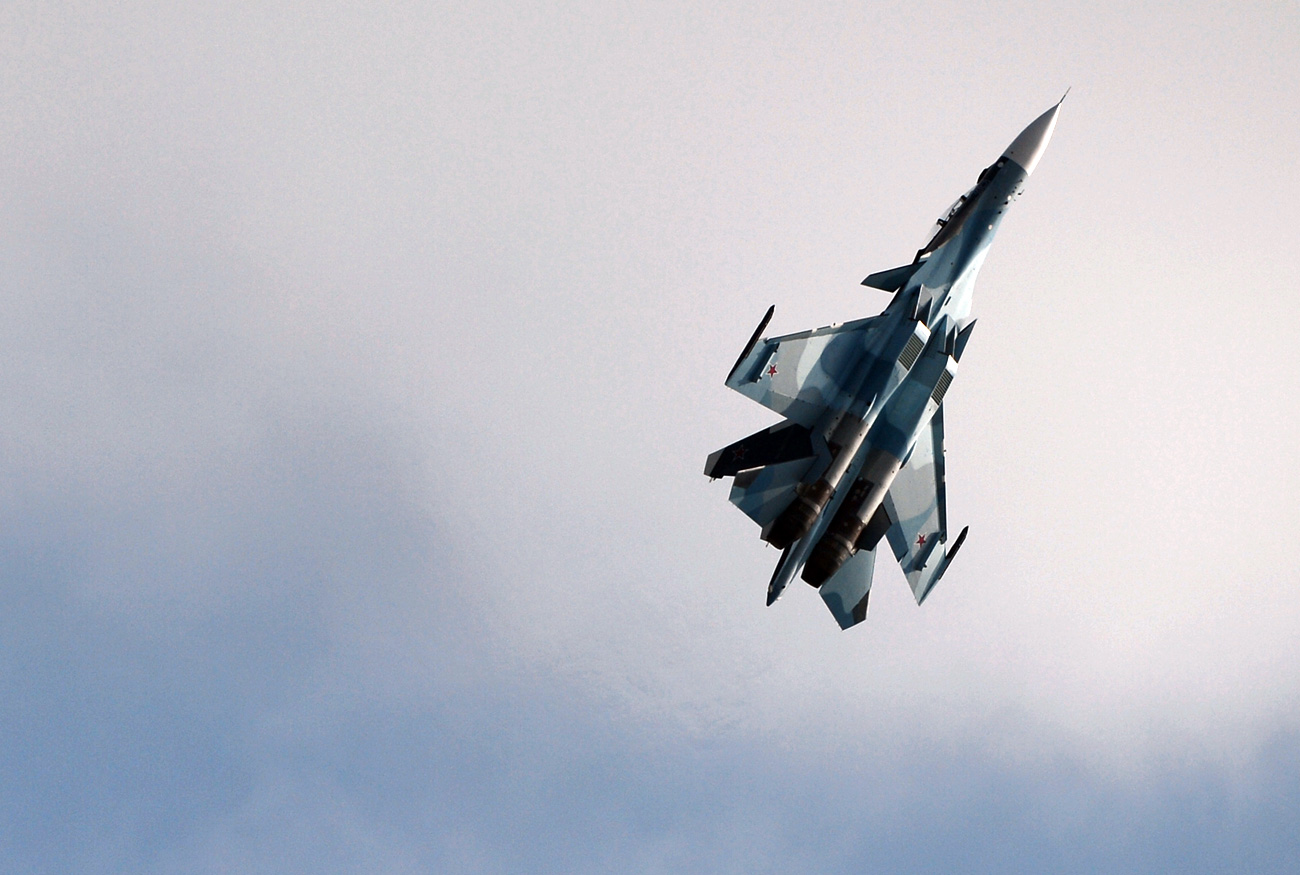 In his words, to guarantee security for the European and North African ships and planes, the Russian military will close off a zone two times larger than the missiles' flying distance.

"Only during the drills will we know exactly which missiles the fleet is testing and showing to the Libyans. For now this information is confidential. Not one country in the world is obliged to deliberately provide information about the weapons it will use in its drills," added Murakhovsky.

Also, all the maneuvers of the Russian fleet will take place under the supervision of NATO reconnaissance planes and ships.

"During the maneuvers reconnaissance planes such the P-8 Poseidon, the Boeing RC-135 and NATO's Mediterranean reconnaissance ships will be operating in the zone," the expert remarked.

Why is the Russian Fleet heading to Libya?

A year ago ships from the Admiral Kuznetsov aircraft carrier group, on their way back from Syria, stopped at one of Libya's ports. During this visit a delegation from the country's highest military authority ascended the deck of the aircraft carrier and the missile cruisers.

"The purpose of the former and the present expeditions to Libya is simple: To demonstrate the potential of our squadron, to acquaint people with the weapons on our ships. As a result, we plan to renew negotiations and expand our military cooperation with Tripoli," said Dmitri Safonov, a military analyst from the Izvestia newspaper.

In his words, at the end of May the Russian Navy will carry out a sort of promotion campaign: Demonstrative missile launches for Libyan admirals and military experts. "The drills will take place in agreement with the Libyan government and during the launches their delegation will be present on our ships to observe the actions of our sailors and in particular, the potential of our ship missiles," Safonov added.

Safonov stressed that besides the Libyans, there is a possibility that Egyptian Naval representatives will also ascend the Russian ships. "The missile launches will be held near their country, so I assume they will also be invited on our ships. We have contracts with Cairo on the Mig-29 fighters and the Ka-52K ship helicopters designed for the Mistral helicopter carrier. And our leaders are interested in expanding this cooperation," Safonov concluded.