A farewell to traditional arms: Russia develops weapons for the future 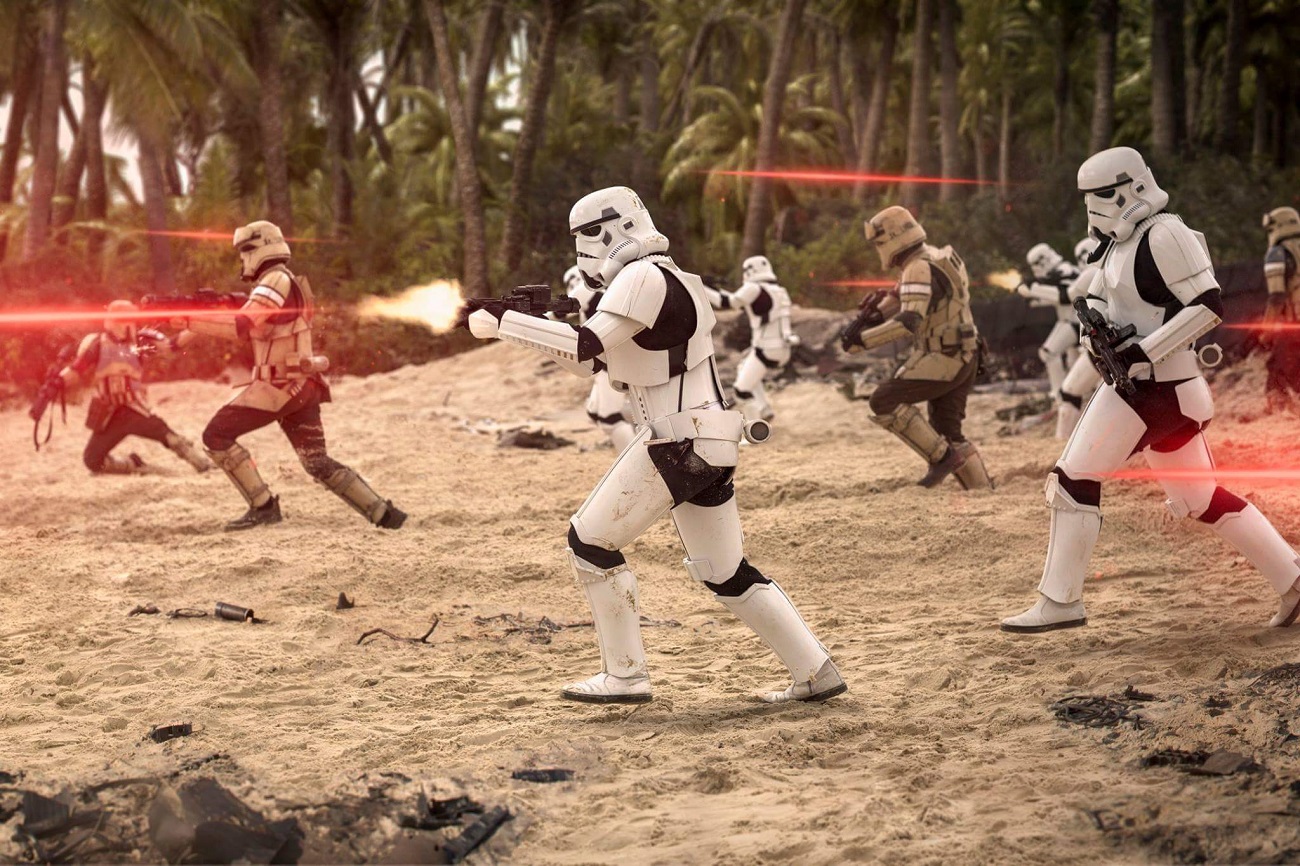 A still from Rogue One: A Star Wars Story (2016). Source: kinopoisk.ru

For the most part, weapons have for more than a century been centered on traditional scientific principles and heavy industries. Advanced modern societies, however, have now reached a critical point where a major leap forward, thanks to new technologies, is about to take place. Future wars will use weapons based on new scientific principles. Major powers, including Russia, are moving full steam ahead in developing such weapons.

According to Russian developers, the gun is not science fiction and has been successfully tested. There are no analogues in the world, they claim. In fact, in 2014, a Russian Su-24 temporarily disabled the USS Donald Cook with the weapon when the snooping American ship got too close to Russian shores in the Black Sea.

The weapon will be installed on Russia's sixth generation aircraft fighter currently being developed, but its main mission will be destroying UAVs from the ground. By blinding enemy electronics, radar and navigation systems a huge advantage can be gained early in battle. After that, victory can be secured by other means.

In addition to blinding aircraft, tanks and ships, the weapon will be able to incite irrational fear and panic among enemy soldiers, which is what supposedly happened in the case of the USS Cook when American sailors were allegedly stricken with fear after it became clear that their ship was defenseless and had become a sitting duck.

Rise of the Machines: A look at Russia's latest combat robots

A railgun is an electromagnetic projectile launcher that might become a powerful weapon in future wars. With assistance from a force field, a railgun accelerates shells up to speed of 3 km/per second. This is close to orbital velocity (7.9 km/per second), which is the point at which different physical principles take over. At such speeds, a plastic 15-gram cylinder can penetrate aluminum plates several centimeters thick, and no tank armor would be able to withstand such a hit.

The railgun is currently being tested in Russia. According to scientists, the main goal is to create compact high-powered generators because the railgun requires much energy to work effectively.

Laser technology in the military is used primarily for location, targeting and navigation. But its use in combat is only a matter of time. Information about modern research into laser weapons in Russia is mainly classified. The military, however, will develop laser systems that can be mounted on vehicles, aircraft and ships.

A-60 and MiG-35 jets will be equipped with a laser system for blinding enemy aircraft navigation systems. Such lasers, however, will not be similar to blasters from the Star Wars movies, military expert Dmitry Drozdenko told Radio Sputnik. In order to generate enough energy for the destruction of an entire plane, a huge device and much energy is required. The device would have to be so big that it just couldn't be installed on a plane, the expert added.

Research and development of combat laser weapons took place in the Soviet Union during the Cold War. First, laser pistols were designed for cosmonauts, but were not adopted by the military due to its inability to inflict serious damage.

Still, the technologies in George Lucas’ trilogy are no longer the stuff of science fiction, and the U.S. is testing systems that can destroy enemy targets with laser beams. Lockheed Martin's Area Defense Anti-Munitions (ADAM) can terminate enemy missiles, UAVs and small boats at short ranges. No information, however, about similar developments in Russia is available.

Such weapons use sound and cause fear, panic and terror among enemy soldiers. Even internal human organs can be damaged, leading to death. Information about the research of these weapons is classified, but it's known that both the U.S. and Russia are trying to create them. For example, acoustic bullets have been designed in both countries, but dissipation of the acoustic wave’s power reduce damage, and such bullets can be used only for short distances.

The other problem with sonic weapons is creating a focused beam of sound or ultrasound on the enemy. If such a beam is not created, then the weapon could hit one's own troops by dispersing.

Nowadays, sonic weapons are mainly used by American police during protests, such as LRAD (Long Range Acoustic Device). For the military, it's impractical due high energy consumption and short distances of effectiveness.

Still, the military doctrine of the Russian Federation adopted in 2010 calls for the use of sonic weapons in future wars, and research in this field will continue.