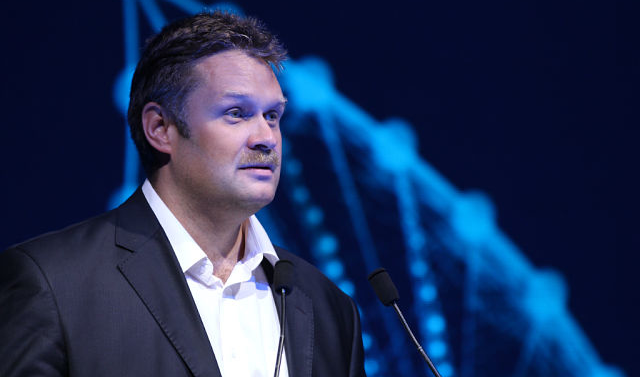 Evgeny Griva, DG of Rosatom South Asia, speaks in an interview with RIR about future collaboration between the two countries in the nuclear power sector, in India and abroad.

Rosatom has been actively building its network of regional offices. How many offices does Rosatom now have abroad, what are the network development plans? Do you plan to establish a representative office in India?

Rosatom is now actively expanding its global footprint. The State Corporation is opening regional offices. Rosatom is expanding its branch network to strengthen its global footprint in accordance with its long-term development strategy of increasing the foreign orders portfolio up to US$190 billion. This is the ambitious but achievable goal of Rosatom for the next 5 years.

Rusatom-International Network Company is in charge of developing and managing Rosatom’s regional network. The regional offices aim to promote products and services offered by Rosatom and explore new businesses. Regional centres are usually located in the countries of strategic interest to Rosatom, and are responsible for information collection, situation monitoring and analysis of potential opportunities.

Rosatom regional centres are already operating in South Africa, Eastern, Central and Western Europe, Central and Southeast Asia and Latin America. Work is now underway to establish an office in Dubai in order to promote products and services of Russian nuclear industry enterprises in the Middle East and North Africa. In order to strengthen the presence of Rosatom State Corporation in South Asia, the process of opening a regional office in Mumbai, India, is being finalized, which will also ensure supervision of our projects in Bangladesh and Sri Lanka.

What is the current status of the Kudankulam nuclear plant construction? When do you intend to launch unit 2, and is there any progress with construction of power units 3 and 4?

The NPP Kudankulam project includes the construction of six power units with VVER-1000 type reactors. The first unit of Kudankulam NPP was commissioned in autumn 2013, according to latest safety requirements. By the beginning of the scheduled preventive maintenance (SPM) the nuclear plant had generated 6873 million units of electricity, and the turbine generator had been in operation for 9267 hours. The installed capacity of the Indian nuclear power plants reached 5780 MW. This is the world's first nuclear power plant which has implemented, and successfully operated, "post-Fukushima" tightened security measures. The generation tariff for Kudankulam NPP is maintained at the level set by the Indian Government in 2010-2011 without any escalation. This rate is considered to be one of the most competitive in India. The first SPM has now successfully complete, the turbine is running, and the unit is expected to be connected to the grid within a few hours.

The second unit assembly is finished. The hot run stage is complete. The physical launch is scheduled by the Indian party for mid-2016.

On April 10, 2014 a Master Framework Agreement (MFA) was signed, along with the agreed technical and commercial proposal for procurement and services of Kudankulam NPP units 3 and 4. An Additional Agreement was signed during the Russia-India Summit in December 2015, which makes the MFA applicable for the installation of the second phase of the station. The first and most important contract within this MFA has also been signed; the delivery contract of long-lead equipment and priority delivery equipment from Russia. Besides, the top-priority design is practically complete, and the engineering documentation development contract has been signed.

The permit for excavation works and foundation pit preparation has now been obtained from the Indian regulatory body.

During the recent visit of Indian Prime Minister Narendra Modi to Russia, it was announced that the signing of the MFA for the construction of units 5 and 6 is planned in Q1 2016. What is the status of this project?

The technical and commercial proposal for installation of Kudankulam power units 5 and 6 has already been provided to the Indian party. Atomstroyexport JSC and the Indian Nuclear Energy Corporation are currently involved in detailed discussions of the project, and the Master Framework Agreement with regard to the Indian requirements concerning further enhancement of the project safety and localization.

Based on the talks between President Vladimir Putin and Prime Minister Modi, an agreement was reached on allocation by India of one more site for a Russian- designed nuclear power plant apart from Kudankulam NPP which is already under construction. What is the progress in this area?

Apart from the Kudankulam NPP, Russia and India are considering the possibility of building a number of other nuclear power plants. These are all practical steps to implement the most important document signed on December 11, 2014: “Strategic Vision of Strengthening Cooperation in the Peaceful Uses of Nuclear Energy between the Russian Federation and the Republic of India”.

An agreement has been reached on the allocation by the Indian party of one more site for construction of six new nuclear reactors of Russian design. We hope to get more detailed information about the site from the Indian party soon.

During the visit of Prime Minister Modi to Moscow, Rosatom signed a production localization programme in India for Russian-design nuclear plants. What does this envisage?

During the December 24, 2015 visit of the Indian Prime Minister to Moscow, an Action Programme was indeed signed between the State Corporation Rosatom and the Atomic Energy Department of the Government of India on localization of production in India for nuclear power plants of Russian design.

The Indian Government strategy of localization of production, including the nuclear industry, is under the “Make in India” initiative, aimed at supporting the Indian manufacturer. We fully support this commitment of the Indian Government and we believe this is a good opportunity for further development of cooperation between both countries in the nuclear industry, as well as for implementation of current and future construction projects of Russian design reactors at the Kudankulam site and in other locations.

Which task forces in the nuclear energy area are currently active within Russian-Indian cooperation and what are they doing? Are there discussions about cooperation between Russia and India in third countries on the agenda?

The Russian-Indian Coordinating Committee on cooperation in the peaceful uses of nuclear energy was established in December 2014 and is committed to monitoring the whole scope of bilateral cooperation.

To perform the tasks, three joint working groups on the nuclear fuel cycle, nuclear energy and scientific-technical cooperation were set up within this Committee in 2014. Furthermore, based on the decision signed in December 2015, a fourth working group on the localization of production in India has already been established and is operating successfully.

We are pleased to note that the Russian nuclear power industry is supporting India in the implementation of its national program for the development of the nuclear sector. We reaffirm our commitment to the agreements about the further development of cooperation in the peaceful uses of atomic energy. 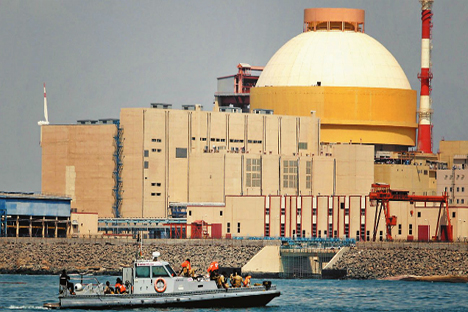