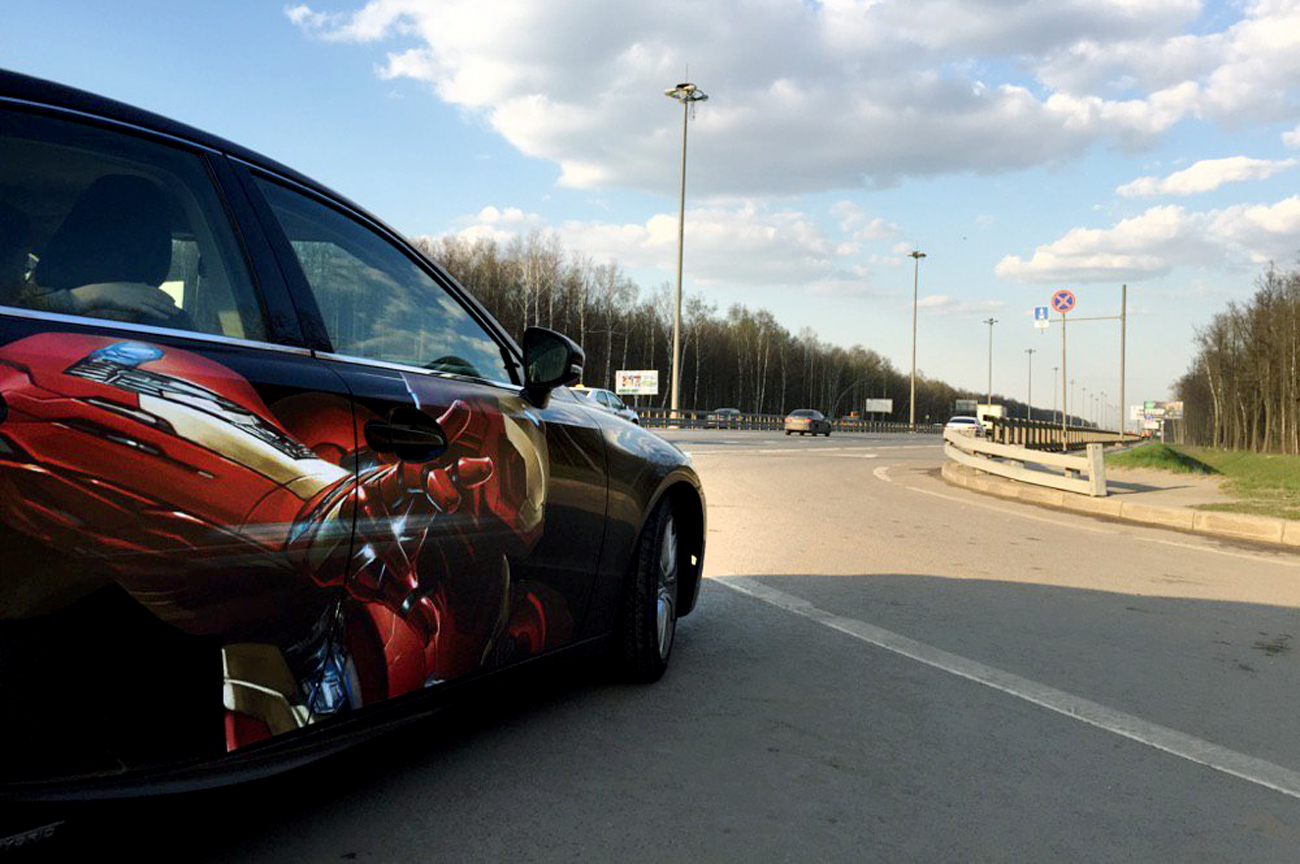 In June, StikerRide company raised $3 million from the Winter Capital Fund, and officially announced its entry into the U.S. market.

Press Photo
Drivers and car owners in the United States, Europe and Asia will be able to earn money by literally turning their cars into vehicles for advertising with the help of a Russian startup, StickerRide.

Founders of the Russian startup, StickerRide, believe that a car should at least earn its gasoline, if not make money for the owner. So the company offers drivers the option to place advertising stickers on their vehicles for a small fee.

The idea has already proved successful in Russia, so the company is expanding internationally. It has recently opened offices in London and Los Angeles. StickerRide will offer its services in France by the end of August, and in six other countries in Europe and Asia by the end of this year. The startup's corporate customers now include major brands like Gillette, Marvel, and B&N Bank.

A Russian who uses this service earns $50-60 each month on average, while some people have earned up to $320. It is still unclear how much an American and European will earn; the first car advertising campaign in those countries has yet to be organized.

olgabitiukova: "Decorated my babe for the FACES & LACES 2016 jubilee exhibition"

Money is not the only incentive for motorists, however, and many people enjoy the fact that their car attracts attention on the road.

The StickerRide app is available on iOS and Android platforms in five languages – English, French, German, Spanish and Russian. Users select an advertising campaign of their liking, then come to a place where their car is washed and given a sticker for free.

The app calculates how many miles or kilometres each participant travels, and then multiplies it by the rate, which depends on the district, the day of week and the time.

StickerRide also organizes competitions and flashmobs. Drivers and pedestrians can participate in quests, and post photos on social networks using the StickerHunt app.

StickerRide's first advertising campaign was dedicated to the Russian release of the blockbuster, "Transformers: Age of Extinction," in 2014. Shortly before the first screening, participants in a flashmob drove cars with stickers in the vicinity of Russia's largest cinema, Oktyabr. The most active drivers got tickets to the premiere.

The company raised $3 million in June from the Winter Capital Fund, and officially announced its entry into the U.S. market. The company is headquartered in Los Angeles, and has regional offices in Chicago and New York.

"They made a bold move to enter the U.S. market that already has strong competitors such as Wrapify or Carvertise," said Julien Nicolas, a representative of the Moscow branch of the French startup accelerator, NUMA.

The founders, however, believe StickerRide has a number of advantages over competitors. The forte of Carvertise is in their local clients and small advertising campaigns, while the Russian startup works with global brands. Wrapify uses the same model as StickerRide, but the Russian startup began to operate a year earlier, in 2014.

"We have already demonstrated that you can make big campaigns on our platform," said Mikhail Marchenko, the founder of StickerRide. "Our largest advertising campaign consisted of 700 cars, while Wrapify had only 50. This is extremely important when working with big brands."

"The tracking option is the killer feature that makes the whole thing work," said Nicolas. The customer receives the exact information where and when an advertising vehicle drove and approximately how many people were able to see the sticker. This helps make an advertising campaign more transparent.

The cost of an advertising campaign using StickerRide is approximately the same as with classical formats, using buses, billboards, and bus stops. StickerRide, however, allows advertisers to reach audiences that are, on average, two or three times larger. Creators of the service believe they offer not just another outdoor advertising tool, but can turn car owners into brand ambassadors.