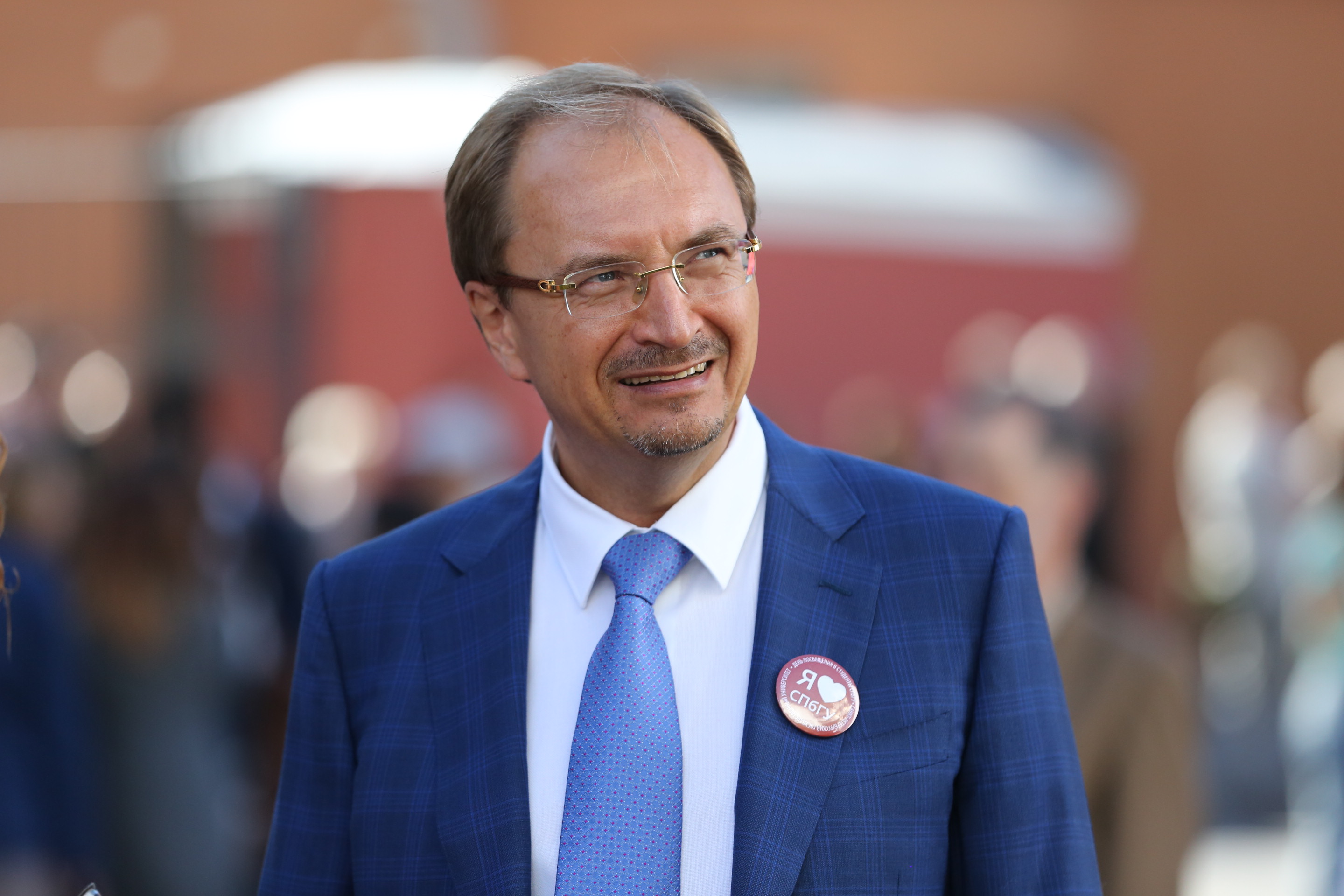 Press Photo
Nikolai Kropachev, Rector of St. Petersburg State University, tells RBTH about what kind of foreign specialists are in demand in his university, how foreign scientists can get access to the resources of the Research Park, and how degrees offered to foreign students are changing.
For a long time St. Petersburg State University (SPbU) has been overshadowed by the more famous Moscow State University. However, now, in many areas, such as access to research equipment or academic publications, and degree of globalization, SPbU is starting to overtake its main rival. Rector Nikolai Kropachev talks to RBTH what else the university can offer foreign students and researchers.

What kind of foreign specialists does the university attract?

We have internationally renowned academicians and leaders in their fields working for us. For example, the winner of the 2010 Nobel Prize for Economics Christopher Antoniou Pissarides.

The winner of the Fields Medal in Mathematics (often described as the Nobel Prize of Mathematics) Prof Stanislav Smirnov, a graduate of our university, has been heading The Chebyshev Laboratory since 2010.

There is Prof Stephen J. O’Brien, who heads the Theodosius Dobzhansky Center for Genome Bioinformatics. He came from the U.S. five years ago, and St. Petersburg State University is now his sole employer. The main project that he is heading at our university is called Genome Russia. One of its best-known recent achievements, which have already won our scientists international recognition, is the DNA sequencing of the Amur tiger, the cheetah and other animals.

We are happy to provide researchers like that with the right conditions necessary for their work and advanced equipment. We offer them a competitive pay package.

We are not only interested in established scientists but also in post-doctoral students. In recent years, we have had more than 150 of them, with the majority coming from universities outside Russia. We attract talented Master’s and PhD students, who study with us and after graduation we invite them to carry on working at the St. Petersburg State University as teachers or researchers.

We are also interested in attracting qualified engineers to the Research Park. Out of all the new laboratories that we have set up over the last 15 years there is not a single one that does not have foreign specialists. Thus, we are promoting academic mobility and are laying a foundation for creating closely-knit international research teams.

Many Russian universities do not provide foreigners or non-university staff access to research equipment. How is this issue being tackled at the St. Petersburg University?

The Research Park is an area of over 30,000 square meters housing over $200 million worth of advanced research equipment. This equipment is not just up to world standards, but some of it has no equivalents neither in Russian universities nor the majority of leading foreign universities.

The Research Park is open to internal and external users alike: graduate and postgraduate students, doctoral students and staff. All it takes is to fill in an online registration form and submit your research topic. Graduate and PhD students can have unlimited access to the facilities if it is relevant for their research program.

Members of the staff have unconditional unlimited access to the Research Park facilities. That is why, for instance, a law student can do research on equipment intended for physics or chemistry tests. All they need to do is outline the gist of their research and the final goal. Or, for example, a historian could use equipment available at the Research Park to analyze a historical record or study the composition of paper on which a historical document was written.

Registration is done on the St. Petersburg State University portal. On the website, you can also easily monitor your position on the waiting list for working on a specific piece of equipment and see who is before you in the queue.

Last year, the total number of Research Park users reached 3,000. More than half of them are people who do not work at St. Petersburg State University. They are scientists from all over the world: America, Europe and Asia.

If you want to do independent research but work at a different university, do come. We can provide you with temporary accommodation, but you must have a certificate confirming that you have skills for operating the equipment in question. And when you prepare your publication for an academic journal, it must state that the research underlying the publication was done on St. Petersburg State University equipment.

How much does the university spend on access to online academic resources?

About $3 million a year. About the same amount that the Russian Ministry of Education and Science spends on purchasing library resources! We offer access to the richest library collection in Russia. Students and staff have access not only to rare books and manuscripts (6.8 million items, including unique collections) but also to the latest online sources and academic journals (2.4 million entries in the online catalogue; 62 million full-text online sources; 160,000 titles of online books and over 82,000 online journals on subscription). St. Petersburg State University subscribes to more online academic journals than Oxford.

Where do professors who come from another city or another country live?

How to become a student of the St. Petersburg University

What is the pay package the university offers?

We have a system of salary increments and bonuses. Not only has the pay recently risen but the pay cap has also been raised. At the moment, the average salary at the university is 66,500 rubles (approximately $1000) a month, and the cap is 2 million rubles a month.

Is the number of foreign students on the rise? Which programs do they choose?

In recent years, their number has more than doubled. Previously, foreign students came to us mainly to study Russian language and literature. Now, many are showing an interest in other degrees too: Law, Journalism, International Relations, Economics and Medicine. We also offer world-class programs in management. The St. Petersburg State University Graduate School of Management ranks the 46th on the Financial Times rating (Financial Times Masters in Management ranking) and our university remains the only Russian educational establishment on that list. Also, this year our mathematics students have once again become world champions in programming.

What else are you doing to attract foreign students?

We are doing two things. We incorporate the country-related aspects into the curriculum, and invite employers, including foreign ones, who have an opportunity to influence the learning process. Such employers assess professors, set requirements for courses, help frame areas for research, and define competencies that graduates must have.

For instance, the Iranian ambassador to Russia is a professor at St. Petersburg State University. With his assistance, we are developing a set of programs related to the study of Russia-Iran relations. They will be of interest to Russian and Iranian students alike. Following the same pattern, we are actively cooperating with China, South Korea and other countries.

To give you another example, with the participation of employers, we launched a new Bachelor’s degree in Law this year. The unique program comprises of an in-depth study of the Chinese language and the Law of the People’s Republic of China. We thought that this program would be of interest only to Russian students. We were wrong. Chinese students are also interested! Next year, we’ll be launching a course in Economics for Chinese-speaking students and are considering developing a similar program in Philosophy.

In the future, we would like to offer programs where relevant specialists teach economics and foreign policy in the language of the country concerned.