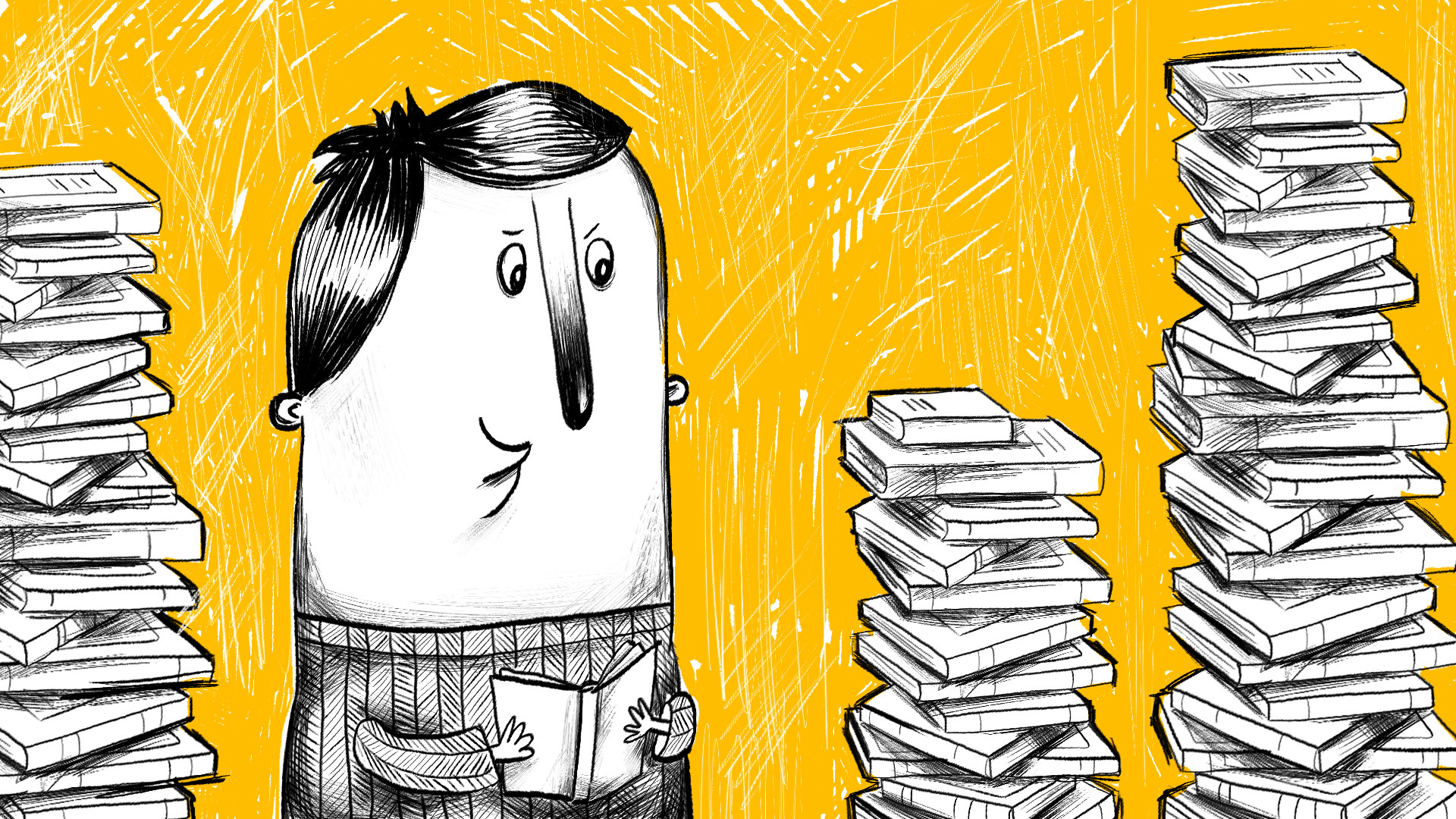 Starting out learning Russian can be like trying to swim against a tidal wave: No matter how great your efforts, it seems there’s always another grammar, pronunciation or lexical curveball headed your way. Luckily, we’ve prepared a list of the pitfalls you’re likely to fall into – next time your classmates make these mistakes, you’ll be that annoyingly smug student smirking down the back of the class.

Many foreigners are surprised to learn that, when in Russia, they must address a waitress or shop assistant as “devushka,” the Russian word for “girl,” to get her attention. Unfortunately, this is dangerously close to “devochka,” the word which you would address a little girl – just a slip of the tongue could sound like an attempt to humiliate her, and could land you in some hot water (it could also leave you waiting a while for your food).

The nightmare scenario is when you accidentally say “dedushka,” whereby you not only get the girl’s age wrong, but also mistake her for an old man. Be very careful out there.

2. Stress: The bane of every Russian learner’s life

Word of warning: It takes a VERY long time to get accustomed to the stresses on Russian words. At times, you’ll be confronted with a new word and have absolutely no idea how to pronounce it.

“The most frustrating thing is when I get the stress on an easy word wrong,” Chris Patchman, an English student at Moscow’s MGIMO, tells us. “I tried booking a restaurant once, and I repeated the word адрес [“adres”, Russian for “address”] for about 10 minutes, trying to find out where the place was. Turns out I was saying it like ‘adrEs’ and not ‘Adres,’ and the woman had no clue what I was saying.”

In this case, being misunderstood is actually the best-case scenario. If you say “я плачу” (“ya plachu”) at a restaurant, for example, and you put the accent on the ‘a’ sound, you won’t be offering to pay, but rather you’ll be declaring your intention to have a cry.

Believe it or not, but this phrase’s Russian equivalent (“я очень люблю,” “ya ochen lyublyu”) is completely correct. It’s when you try to do a direct translation from English that you run into problems: For example, the Russian equivalent of “I like very much” would be “я люблю очень много” (“ya lyublyu ochen mnogo”), which is complete verbal mumbo jumbo. You’ll get used to it eventually however; Who knows, maybe one day you’ll be telling your Russian partner with your newfound proficiency that you “very love” them. How sweet.

The words хорошо (“khorosho” – good) and молоко (“moloko” – milk) are likely to be among the first Russian words you’ll learn, and unfortunately, you’re likely to get them wrong. While it is tempting to pronounce all the “o” sounds the same, the unstressed “o” is usually pronounced as a long “a” in “Moscow” Russian: Since the stress on молоко and хорошо is on the final “o,” they are pronounced something like “mahlahko” and “kharasho.”

However, some rural Russian accents do actually pronounce all their o’s the same – so if you’re lucky, getting it wrong might just mean people think you’re from the provinces. I wouldn’t get my hopes up on that one, though.

5. Not mastering verbs of motion

“On my third Russian lesson I asked my teacher, ‘How do you say ‘to go’?’,” recalls Chris Patchman. “She replied ‘you’re not ready for that yet’.”

In Russian, just saying “I went” or “I will go” can be completely different depending on what mode of transport you took, whether you went directly there or took a detour, and whether you went and came back, or just took a one-way journey. There are also a myriad of prefixes can also be added on to mean things like around (об-), in (в-), out (вы-), or even “to stop in” (за-), among others.

However, learning all these forms is extremely important if you don’t want Russians to wince while you’re speaking to them; Use the wrong verb and to them, it could end up sounding something like “I went to Australia on foot.”

“Whoever invented this sound is evil,” says Eleanor Wilson, an American former student at St. Petersburg Polytechnic University. “It’s like that sound you make when you get a light punch in the stomach.”

Unfortunately, this letter does have its own unique sound, however tempting it might be to just give up and pronounce it like an “i.” Do this at your peril, as it’s the difference between a mouse (мышка, “myshka”) and a small bear (мишка, “mishka”), or more seriously, being (быть, “byt”) and beating (бить, “beet”).

7. Getting the question intonation wrong

It happens to every foreigner in Russia – somebody says something that sounded very much like a statement, and then after a few seconds’ awkward silence, they follow it up with “it’s a question, by the way.”

Getting used to Russian inflection can take a while, but there are ways to adjust. If it’s a short question, merely giving the right tone is the difference between a question and a statement – for example, “Это ресторан.” (This is a restaurant), and “Это ресторан?” (Is this a restaurant?). Practice raising your eyebrows for this; It can give you that extra, exaggerated bit of intrigue.

“I went on a trip to St. Petersburg, and asked a man ‘Eto Ermitage? (Is that the Hermitage?),” says Scott Jones, a Welsh former student at Moscow State University. “He turned around, looked at it, and replied, ‘Ya znayu’ (I know).”

If it’s a longer question, feel free to bury your upward inflection somewhere in the middle of the sentence, and end the question on the same note with which you started. It seems weird, but practice makes perfect.

For those who also speak other European languages, it’s a little too tempting to assume that the word симпатичный (“sympatichniy”) is the Russian equivalent of the French “sympa” or the Spanish “simpatico” (both of which are roughly translatable to “nice”). Do this, and it might sound like a Freudian slip – the word actually means “good-looking.”

To say “nice” in Russian, you’re better off going with приятный (priyatniy) or добрый (dobriy).