3 foreigners who studied in Siberia and loved it 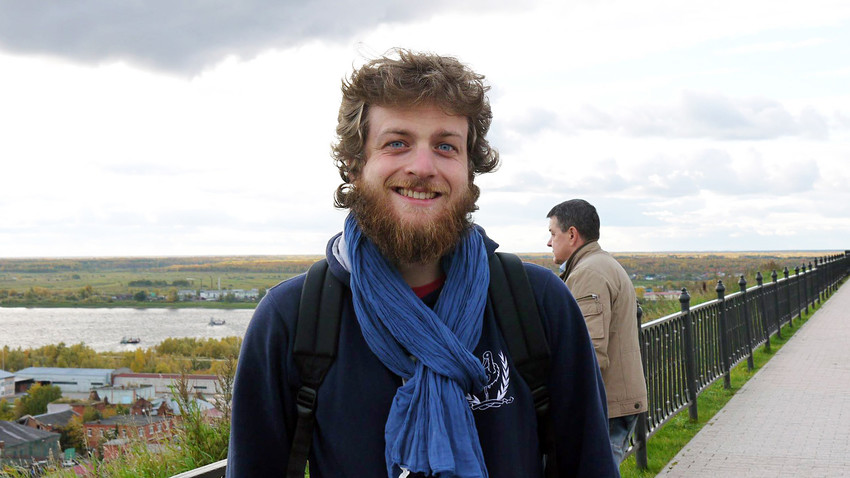 University of Tyumen alumni from France, China, and Egypt share their stories and explain why venturing to Siberia is a journey worth taking.

Studying in Siberia might seem like an unconventional choice but a lot of stereotypes about this territory are outdated. Rich with natural resources, the Siberian regions of Russia have essentially exchanged oil money for education by funding the creation of brilliant local schools and universities. Siberian cities are also modern and boast unique culture.

One of these progressive institutions is the University of Tyumen (UTMN), which is among the largest universities in Russia. It was founded in 1930 and is located in the safe and peaceful city of Tyumen, one of Siberia’s oldest settlements, which is about 2,000 km east of Moscow. UTMN is known for its academic excellence, international projects, and lively student community. And what about the harsh Siberian winters? Well, for some people it just adds extra charm to the whole experience.

But don’t just take our word for it. We asked three recent alumni of UTMN from Europe, Asia, and Africa to share why they chose Tyumen in the first place, and explain what sets the university apart.

coming to Tyumen, Antonin didn’t have any expectations about Russia. “All I knew about the country was Michel Strogoff (a character from a Jules Verne’s novel) and facts about the Soviet Union,” he admits. “I studied at the Institute of Political Studies and during my third year of the bachelor’s degree had an opportunity to choose a year abroad program. I already started learning Russian so I decided to go to Tyumen.”

Why there and not Moscow or St. Petersburg? “I thought that to understand the Russian soul one should go somewhere where people don’t speak much English. That’s why I chose the University of Tyumen,” he explains.

Antonin came to Russia in 2015 and, like many foreigners, he found the place completely alien. Initially, he found the people as cold as the weather, but this didn’t last long.

“As for university, it was hard to adapt at first because the studies were in Russian,” he recalls. “Sometimes I attended the same course twice because I didn’t understand Russian well enough. Still, thanks to professors who did their best to help, I managed to learn a lot including about the conflicts between post-Soviet republics and generally a lot about Russia and its culture.”

As he says, the university not only helped him in future studies (he went on to pursue a master’s degree in Russian linguistics and plans to become a diplomat) but gave him new friends and even a girlfriend. For him, studying at UTMN wasn’t simply about studies but something more. “It’s not only a great way to learn Russian, even if you haven’t spoken a word before, but also a unique experience that helps to understand how resilient you are to new environments.”

Xu has just graduated from UTMN and is looking for a job. She’s certain of one thing - her future career will be connected with Russia and the Russian language.

“Why did I chose Tyumen? There is a partnership between UTMN and the Qufu Normal University, where I learned Russian during my BA so I chose Tyumen to pursue a master’s degree in world politics,” she says.

“Studying there was hard - not only because it was a new subject area for me, but also because the lectures were held in both English and Russian. To understand lectures you have to know both languages well,” Xu notes. Yet it became manageable in the end thanks to her classmates and professors who were quick to help.

“The methods of teaching differ in Russia from that of our Chinese professors. Here you get a bit more freedom during lectures and I liked that about UTMN. Overall, the university has everything - a well-organized studying process, it’s comfortable, the facilities are clean, and the people kind.”

Why come this far? “In China those who study abroad receive better career prospects, so I’m happy that I got a master’s degree here,” she admits. “Plus, the most important thing that sets Tyumen apart, compared to big cities, is that it doesn’t have that many foreigners and offers a better opportunity to learn the language by speaking to locals. Frankly, it’s the place to be for anyone who is interested in learning the Russian language and literature.”

I was a kid I always wanted to work in tourism, and it was pretty clear that learning foreign languages would help me to pursue such a job,” says Ahmed from Egypt, who graduated from UTMN in 2018.

“I did my first degree in Cairo studying world history and also taking Russian lessons. This gave me a chance to start my career in tourism and for a few I worked as a Russian guide in Cairo. At some point, I decided to continue my education and applied to Rossotrudnichestvo for a scholarship and, with the great help of the University of Tyumen, was chosen to study abroad.”

Ahmed chose to study Russian linguistics and came to the country in 2016 - he fell in love with Tyumen at first sight. “I adore the nature and the architecture of the city. The climate, however, shocked me - it was so cold!” he recalls. “Plus, I was used to shops working 24/7 (like in Egypt) but in Tyumen, many shops and restaurants close early. I didn’t like this at first, but after all, I got used to everything in Tyumen.”

Apart from his studies, Ahmed quickly got involved in student life and even ended up as a director of the university’s Arab Center, organizing various events and telling students about life in Egypt. “One of my favorite events was the CultFest where we presented the Arabic culture through poems, food, and songs,” he remembers.

Even though Ahmed graduated this year he plans to come back for the new academic year. “It was heartbreaking to leave,” he admits. “One of the best things at the university was an opportunity to meet and speak foreign languages with students from different countries. Tyumen has taught me to think outside of the box, I’m happy with my current work at the Arab Center and plan to stay in Tyumen for a while.”