5 reasons to apply to the University of Tyumen 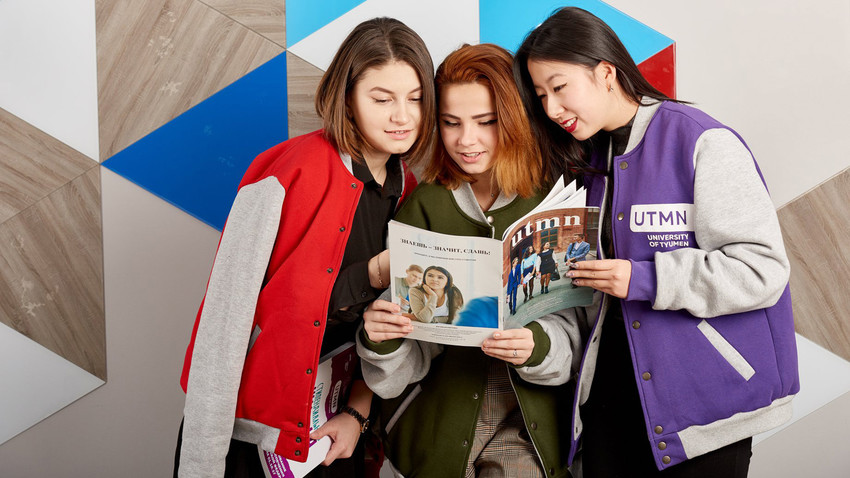 UTMN
To some, the prospect of studying at a Siberian university might seem exotic - or terrifying. But besides the obvious chance to experience the real Russia, the University of Tyumen (UTMN), one of the largest educational clusters in Siberia, offers serious academic courses — and a host of other opportunities.

Tyumen is one of the largest cities in Siberia: a city of oil workers, poets, athletes and researchers. Here in the heart of the city stands a huge university campus with 15 buildings and four dormitories where more than 25,000 students live and study. So what opportunities are open to UTMN students?

1. Carry out international research and co-author a scientific paper, or make a career in 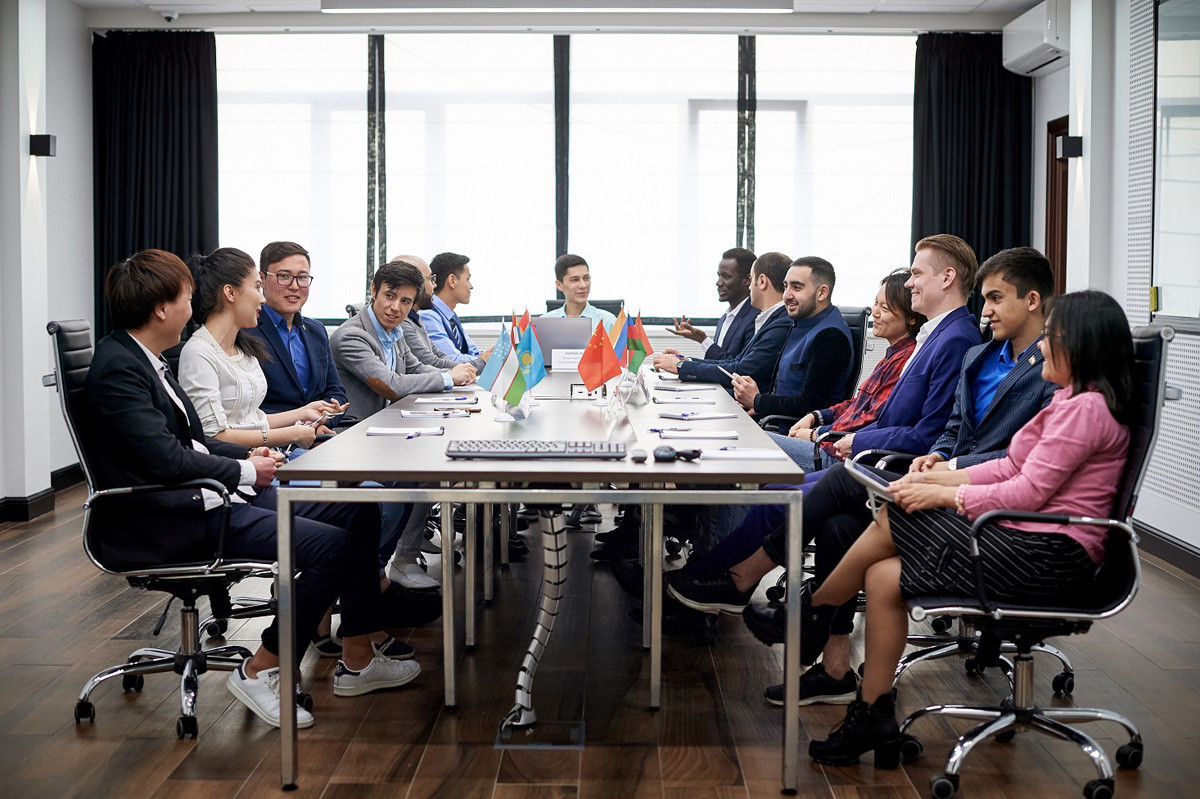 A meeting of the Board of the Association of Foreign Students

it was founded in the early 1930s, the university has established links with Russia’s top institutions and begun to reach out to institutions abroad. The university's scientific expertise lies in biology, earth sciences, chemistry, physics, and mathematics — all fields where international contacts are indispensable.

These days, of course, science and engineering are not the only subjects taught at UTMN. The university also offers humanitarian disciplines, psychology, law, and finance, so if you’re looking to grow professionally and personally, and to experience life in another country, apply!

Here one can find scientific laboratories in fields ranging from photonics to historical geography. There are no fewer than six dissertation councils, plus postgraduate, doctoral, postdoctoral, and other programs, which means that any scientific degree can be obtained.

Scientific activity at UTMN begins right after admission since the university has a number of active student scientific communities. “I was attracted to UTMN above all for the opportunities for young people to do scientific research. In Russia, students are required to take part in conferences and publish articles, which instills a sense of responsibility for what you’re doing,” says Julie Gerber, a philologist at UTMN, who is from France.

Take, for example, the student branch of the Society of Petroleum Engineers (SPE). This society is an international non-profit association of scientists specializing in oil and gas exploration, with over 120,000 members in 135 countries. As can be seen from the Facebook page for the SPE branch at UTMN, the university’s courses and scientific activity provide a route to SPE membership.

UTMN graduates are in high demand among oil companies such as Schlumberger, HMS Group, and Novatek. Gazprom Neft, one of the largest Russian oil companies, enjoys a special partnership with UTMN, and sponsors a Master's program in oil and gas field conceptual engineering and supports the university’s Polytechnic School. As for humanities, for students working in these there is the Oxford Russia Fund, that has been working with UTMN since 2008 and has given over 90 students special scholarships, each lasting 10 months each.

Another of UTMN’s important international environmental and scientific projects is its involvement in PEEX (Pan-Eurasian Experiment) to study the ecology and climate of Northern Eurasia, within the framework of which scientists from UTMN are helping to set up a SMEAR station in Perm for permafrost analysis. Yet this accounts for just a fraction of the university's overall scientific activity.

2. Learn Russian in a natural environment 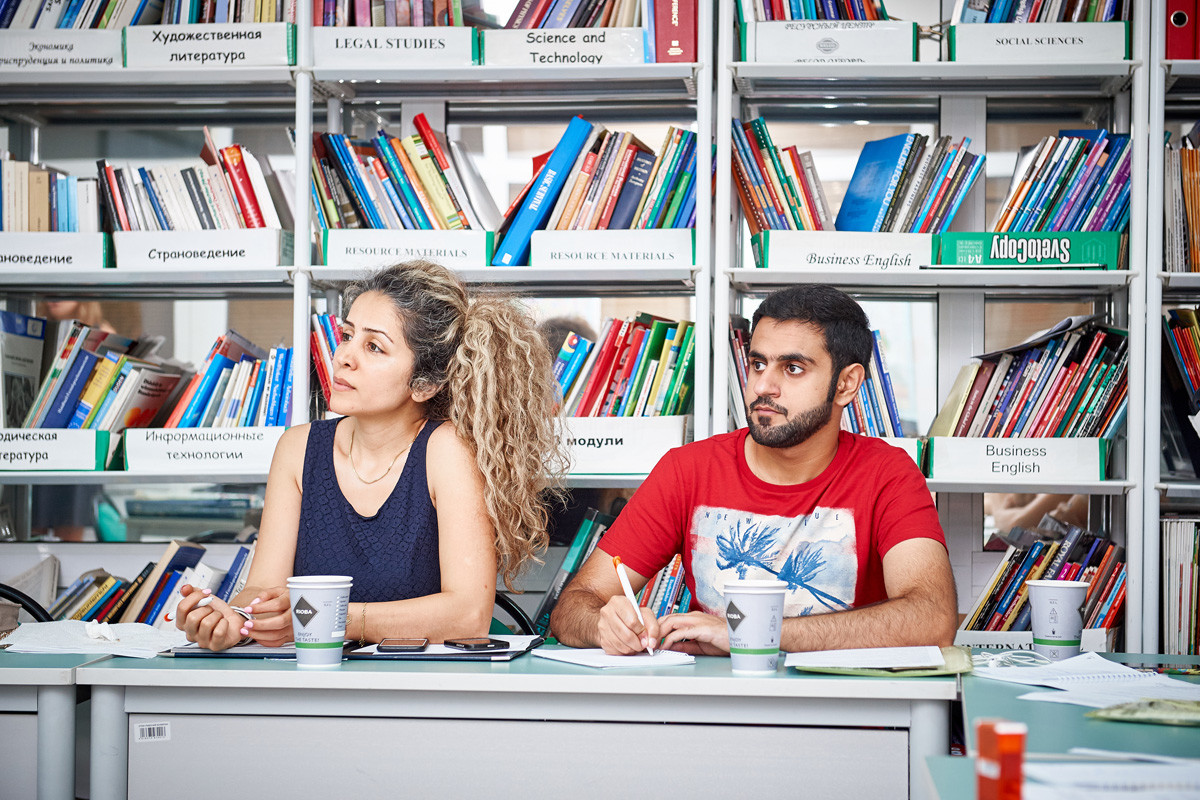 Foreign students can enroll in many programs at UTMN, including programs in English, like a master’s in Plant Biosecurity and programs at the School of Advanced Studies.

But foreign students predominantly study in the same stream as their Russian counterparts with classes in Russian. It’s possible to take intensive Russian language courses at a special preparatory department (Foundation Program).

"I only speak Russian with Russians. I took Russian classes at school, but without much success. But as soon as I came here, it got easier and way more fun. I improved so much in just a few weeks. Sure, Russian students always want to practice their foreign languages too!” says Julie.

“Many of us English-speaking students get to know someone by saying ‘How about I help you with English if you help me with Russian?’” says Daniel -Agyekum from Ghana, who studies at UTMN’s Institute of Mathematics and Computer Science.

University lecturers understand foreigners’ mistakes, “but that doesn’t mean they pamper us — all students have to bust a gut,” adds Julie.

There’s a particular support department for foreign students and specialists. The university rules seem very complicated at first, says Julie, so having an international relations section really helps. “Staff there know all the foreign students by name and are always ready to help if you’re lost. By the way, it wasn’t like that in Moscow, where I studied five years ago,” she says.

3. Make friends with students from all over the 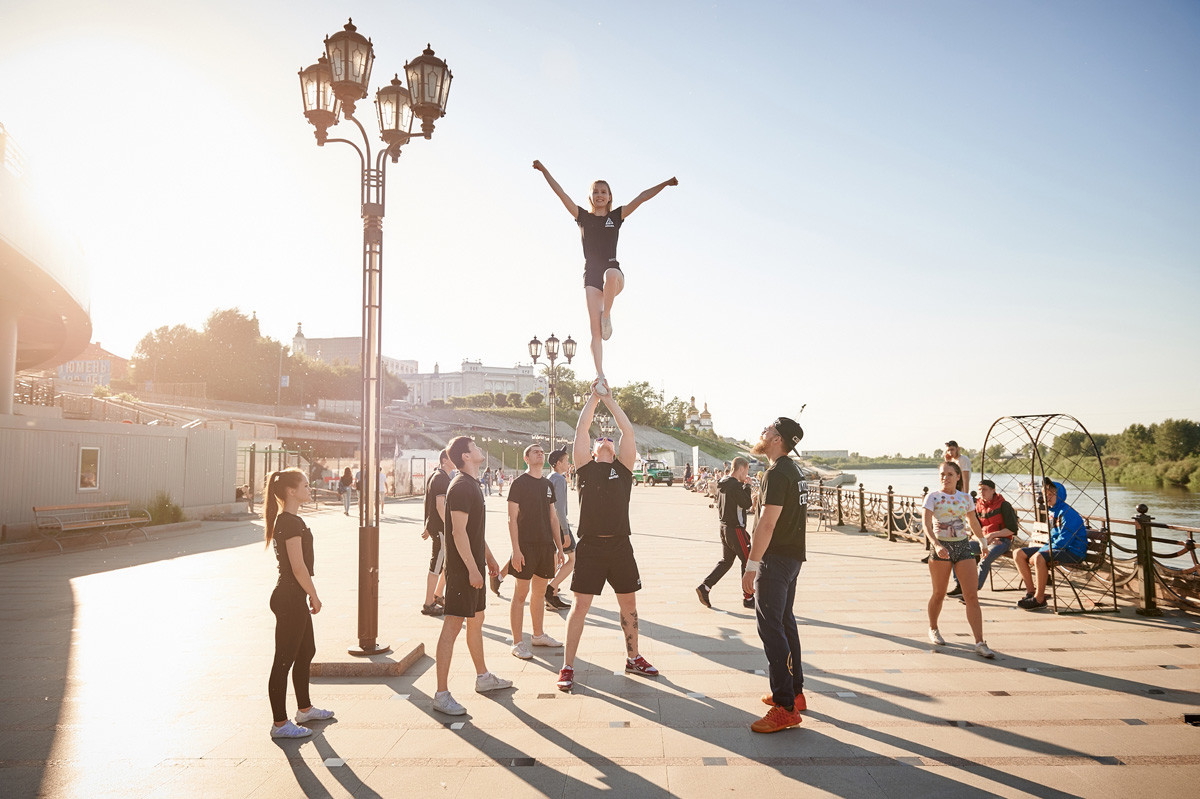 local foreign students really make friends with Russians? “Yes, it’s a stereotype, but I’m happy to repeat it: at first Russians are polite and reserved, but once they get to know you better, they open up and take a great interest in you. You feel special,” says Julie.

“To begin with, Russian students often offered to help me when I didn’t understand anything in the classroom — and if later it turned out we had common interests, that was the beginning of a beautiful friendship,” says Daniel. “You can get anywhere in town with a smattering of Russian. Sometimes on public transport, people talk to me, ask where I'm from and where I study. Sometimes locals — especially older people — know a bit about African countries and even try to guess where I come from. It’s really funny.” 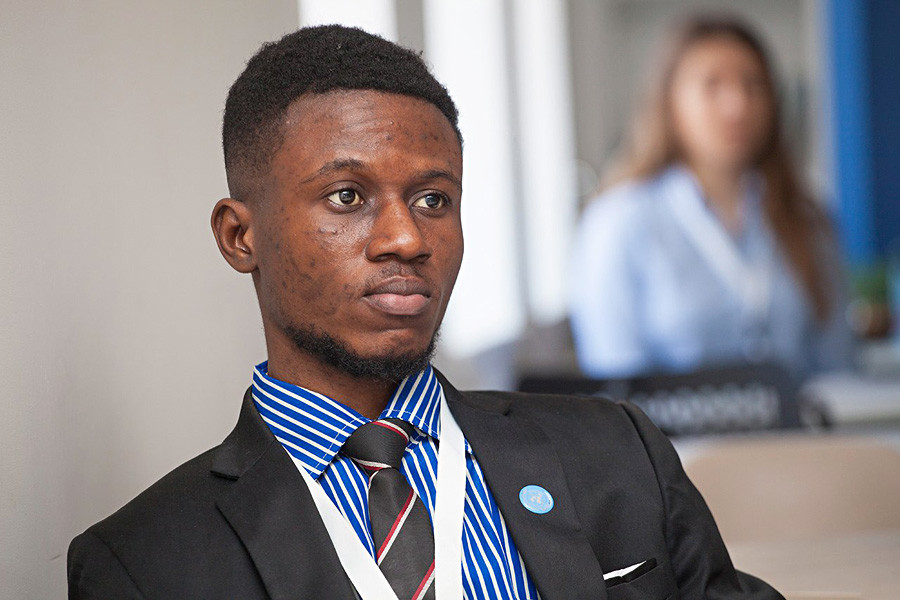 There are currently more than 780 foreign students on campus from around the world. In 2018, when the intake of foreign students increased, the Association of Foreign Students was set up and now includes student representatives from China, Vietnam, Latin America, Africa, and the Arab world (with its own VKontakte group). The association attracts students with all kinds of interests, from street soccer to intellectual topics to discussions of hostel life.

UTMN also runs the Buddy Program — when a student from another country is given a whistle-stop tour by a Russian student about where to live, how to fill out documents, etc. “I came to UTMN last October to start the Foundation Program,” says Daniel. “And I was helped by several Russian students who showed me where the university, hostel shops are, and helped me buy a SIM card and winter clothes (even in October, Tyumen seemed very cold). Then they took me to see my course supervisor to enroll in my program — Software and Systems Administration.”

4. Discover your inner creativity, improve your communication skills, and learn how to speak in public

“Most of my friends I didn’t meet in class, but while taking part in student projects,” says Julie. “Theater and music festivals, and the ‘Free University,’ where teachers and students give lectures on favorite topics in their spare time. Sure, we hang out too, go for meals and rehearse plays for the theater group. One time we spent many hours making a giant collage.”

University is not only about soaking up knowledge, but about making career-building contacts. UTMN has more than 130 student associations covering all kinds of activities, including design, choreography, and theatrical art, as well as intellectual clubs devoted to parliamentary debate, philosophical discussions, etc.

UTMN is also home to the School of Advanced Studies, headed by Andrey Shcherbenok (Ph.D. at the University of California, Berkeley), who invited 20 faculty members from around the world to create bachelor’s degree programs in modern branches of the social sciences, humanities, life sciences, and IT 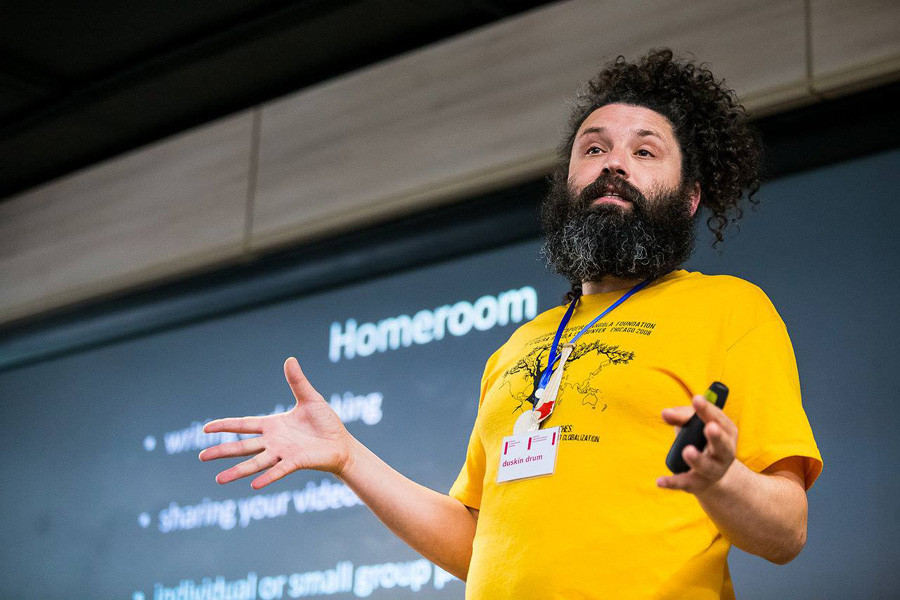 faculty staff includes Duskin Drum, an artist, actor, and Ph.D. in performance studies (also the University of California, Davis), history of oil expert Jay Silverstein, an anthropologist and archaeologist (Ph.D. at the University of Pennsylvania), and Anne Mulhall (Ph.D. in comparative literature at King's College London).

Students can try their hand at news reading and publishing student newspapers and magazines, get involved in eco-activism, or learn about viral PR in the spirit of Kanye West, who has a PR workshop named after him. The university the most promising student projects: from 2012 to 2015 alone UTMN allocated more than 38 million rubles to them. You can find out more about students’ and the University’s activities and project at UTMN official Facebook page. 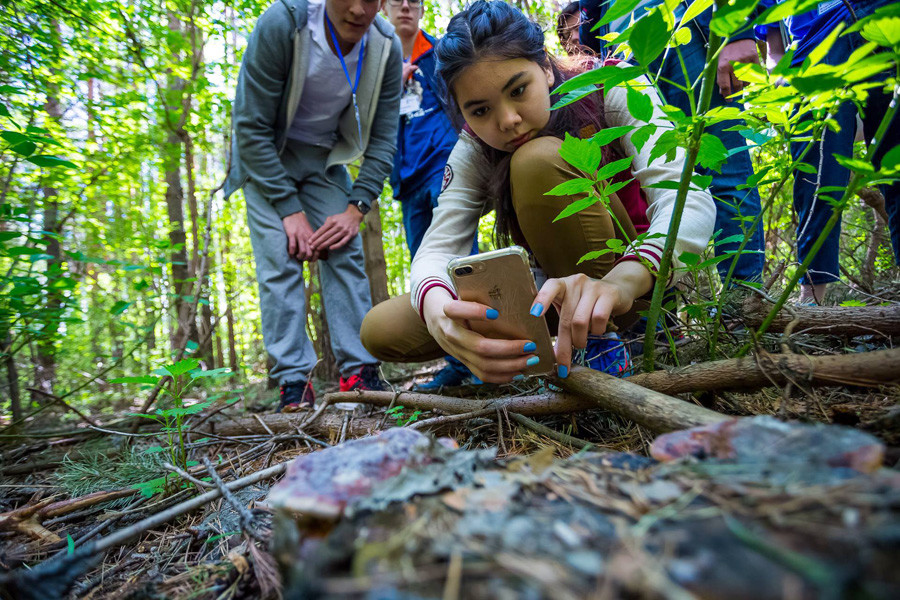 Siberia, an international byword for the terrible Russian cold, is much more diverse than most people imagine. Living in Tyumen means regular outings into the wild.

There are several hot springs around the city. In winter, friends are sure to drag you around the ski runs surrounding the city. Julie says: “You can even join the  (backcountry skiing) club and go on a ‘polar expedition’ through the Ural Mountains — try it when it’s -40°C!” Also, the University organizes regular guided trips to the nearby historical towns of Tobolsk (founded 1587) and Yalutorovsk (founded 1659), dubbed “gems of Siberia.”

Julie was so inspired by the Siberian nature that she started thinking about how the region is perceived back home in France. The result was an online report entitled “Perceptions of Siberia in the mass culture of modern France.”

Tyumen itself creates a friendly impression, so say our interviewees. Julie likes to go to restaurants and try unfamiliar dishes, “especially Georgian and Uzbek cuisine.” Both Daniel and Julie talk about the cozy atmosphere of the old university building: “Everywhere there are fresh flowers, sofas armchairs in the halls, wooden furniture high ceilings, the corridors smell of coffee and food — it’s comfy and friendly,” says Julie. “I like the general cleanliness, the flowers and plants everywhere around the university, and the way I was warmly welcomed in my department,” adds Daniel.