Knowledge is power: How the USSR promoted the sciences (PICS)

Education
Russia Beyond
The Soviets attached great importance to science, considering it a key tool for building Communism. 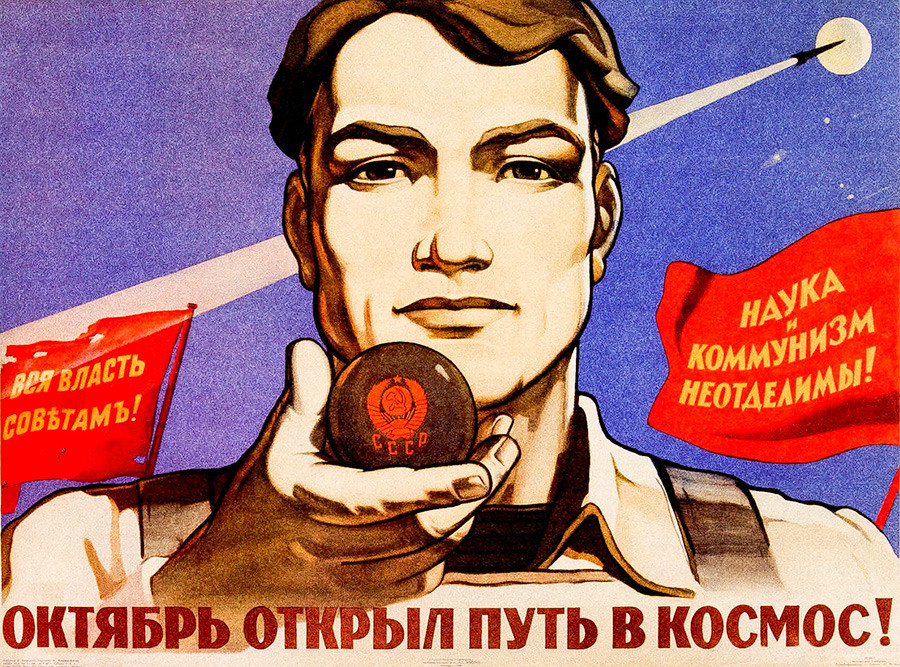 Science and Communism are inseparable. October [1917] has opened the way to space

The USSR had a cult of science, the prestige of which was exceptionally high, and scientists enjoyed great respect. This in large part owed to the fact that Marxism was the prevailing ideology of the Bolshevik state.  Such an ideology was referred to as “scientific,” and Soviet universities even taught "Scientific Communism". 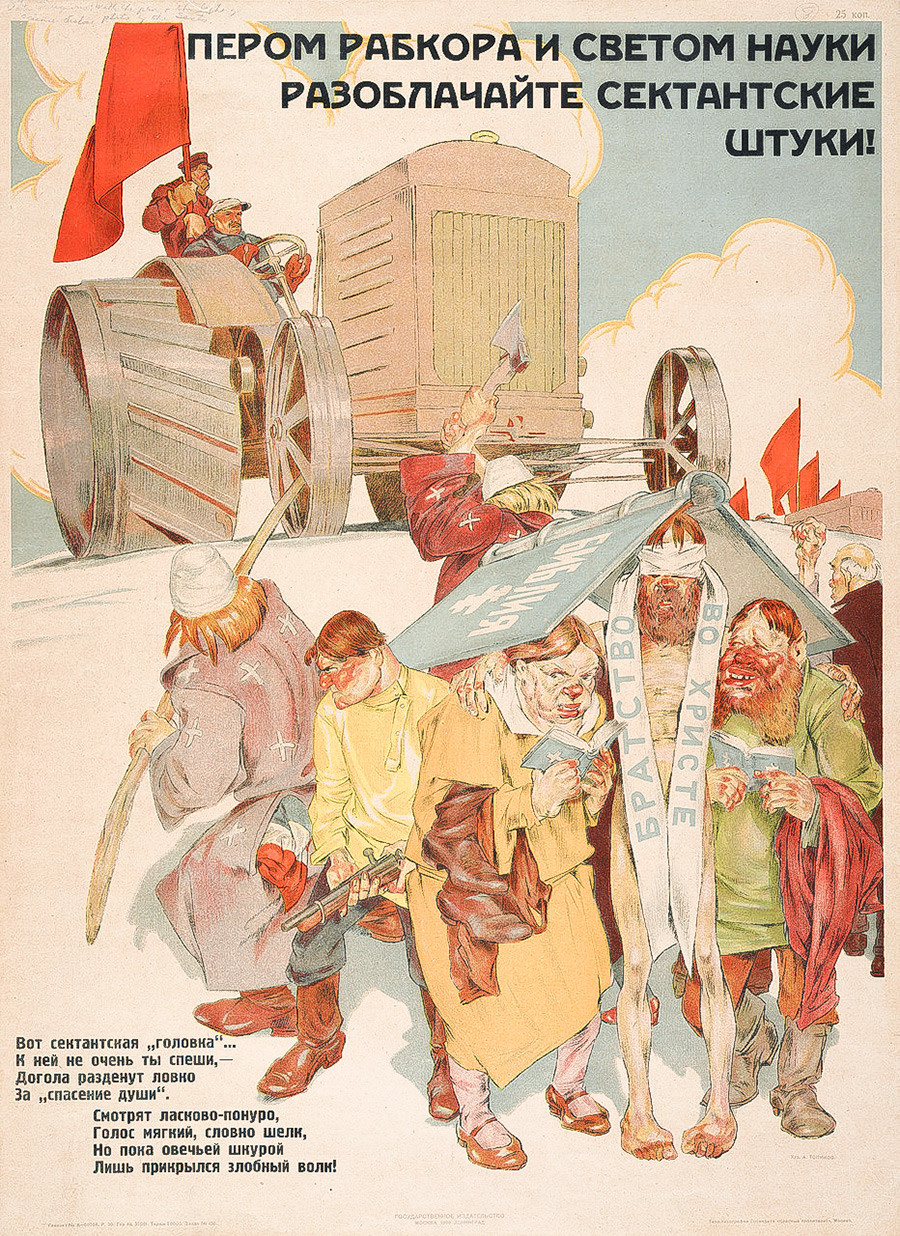 The pen of correspondence and the light of science unmask sectarian tricks!

The worldview of Soviet people was to be based on reason and science as opposed to religion, which predominated in Imperial Russia, with its appalling rate of illiteracy. 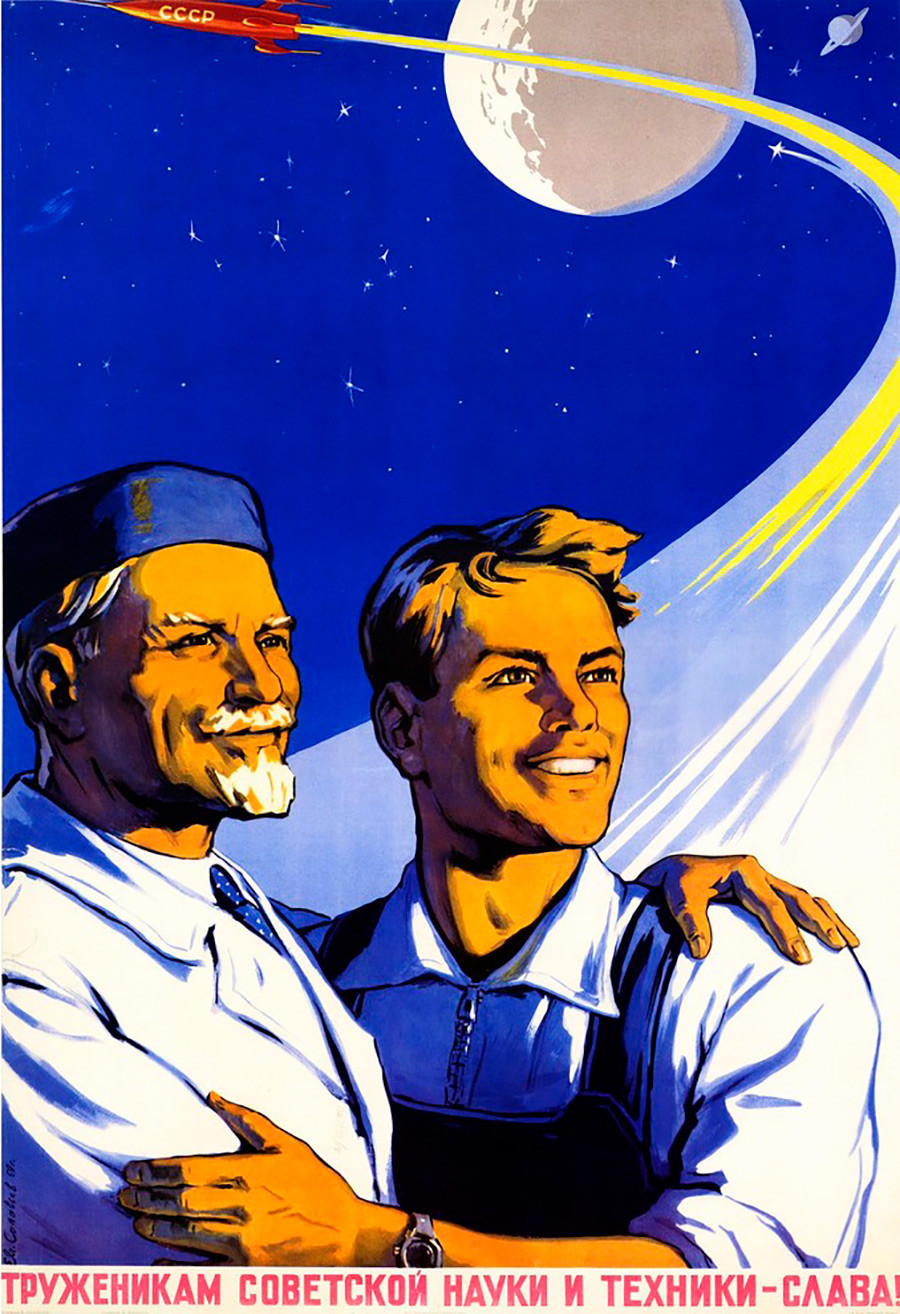 Glory to the workers of science and engineering

was a crucial part of the educational program. Soon after acquiring power the Soviets started fighting illiteracy, spreading notions based on science. 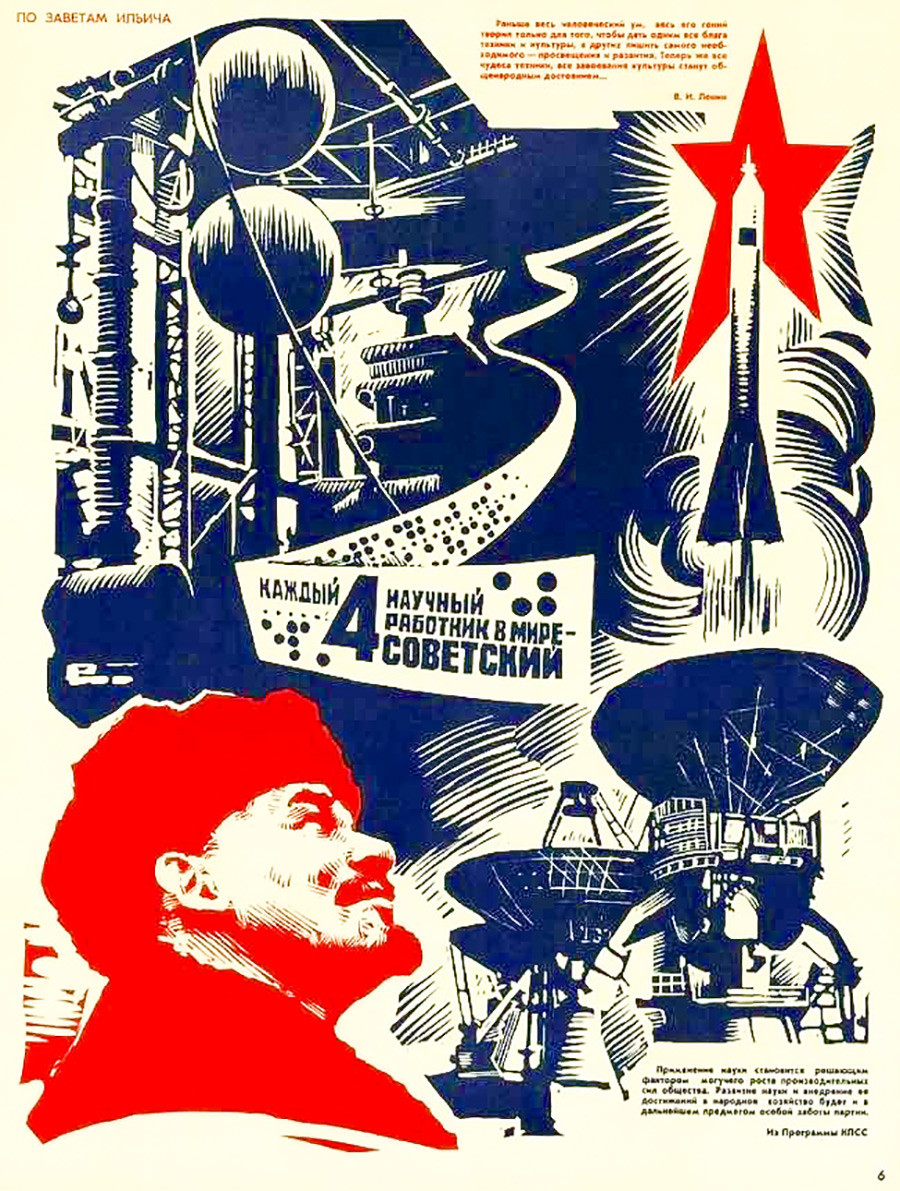 Every fourth scientific worker in the world is from the USSR 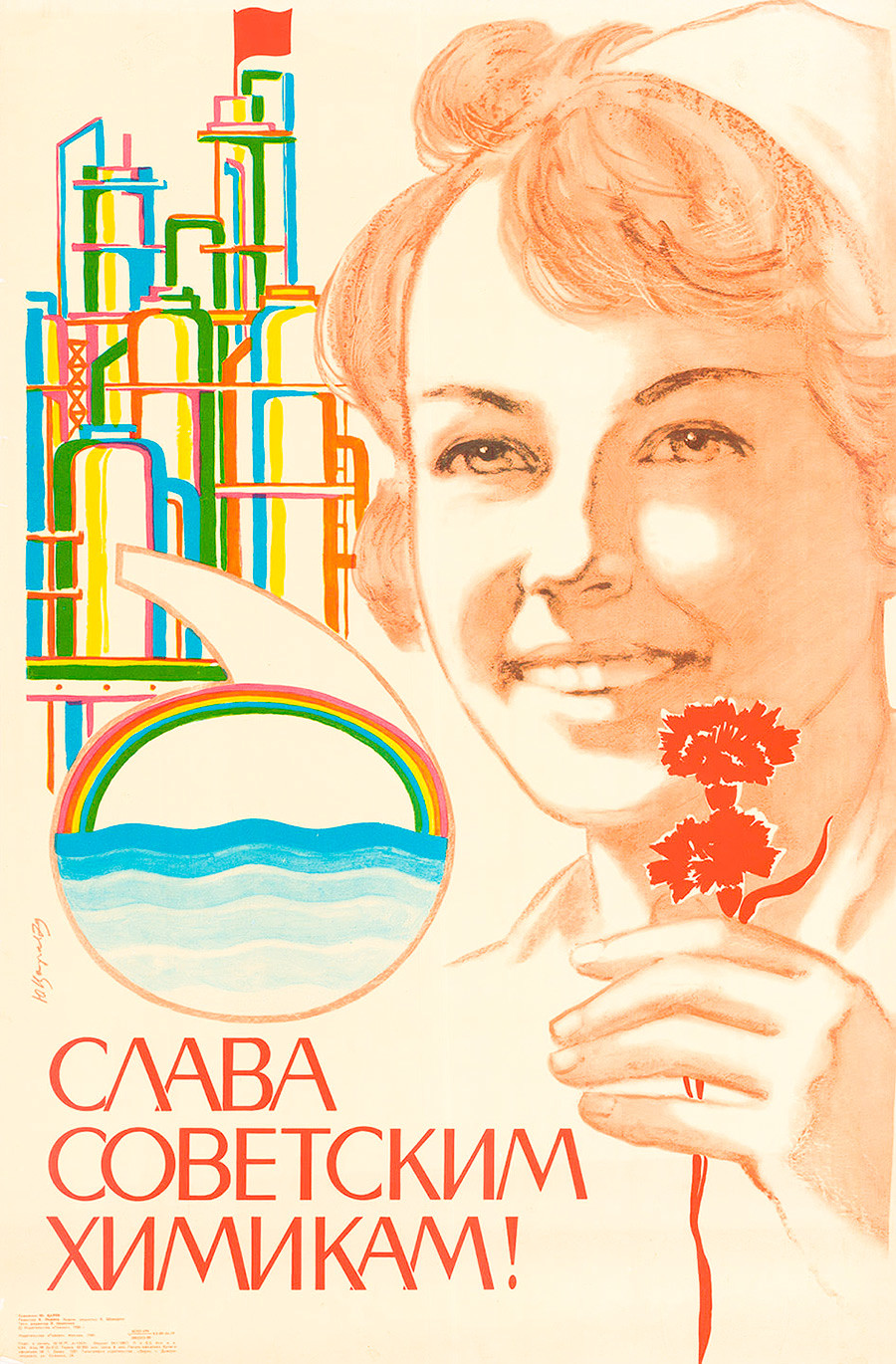 was a crucial factor in the technological breakthrough that took place in the USSR starting in the 1930s, a period of rapid industrialization. By the mid-1930s funds allocated for scientific research grew 8.5 times compared to the end of the 1920s. By the late the Soviets had fully developed and completed the scientific infrastructure that started to form in Russian since the 18th century. 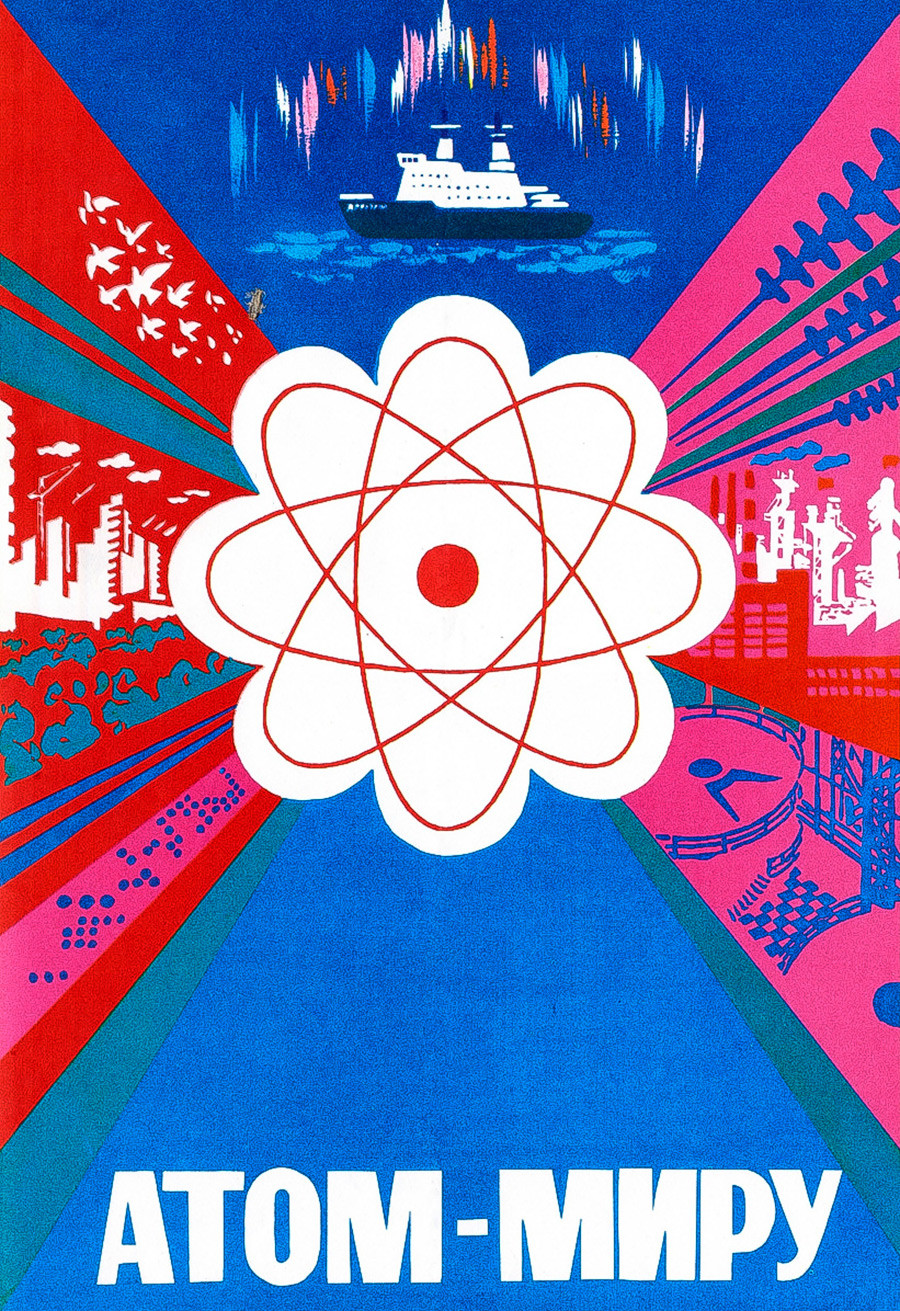 Atom – to the world!

USSR paid much attention to the promotion of scientific knowledge, especially among youth. In the 1920s, magazines such as Knowledge is Power, and Young were founded. Scientific clubs and societies were established to promote scientific knowledge among Soviet citizens. 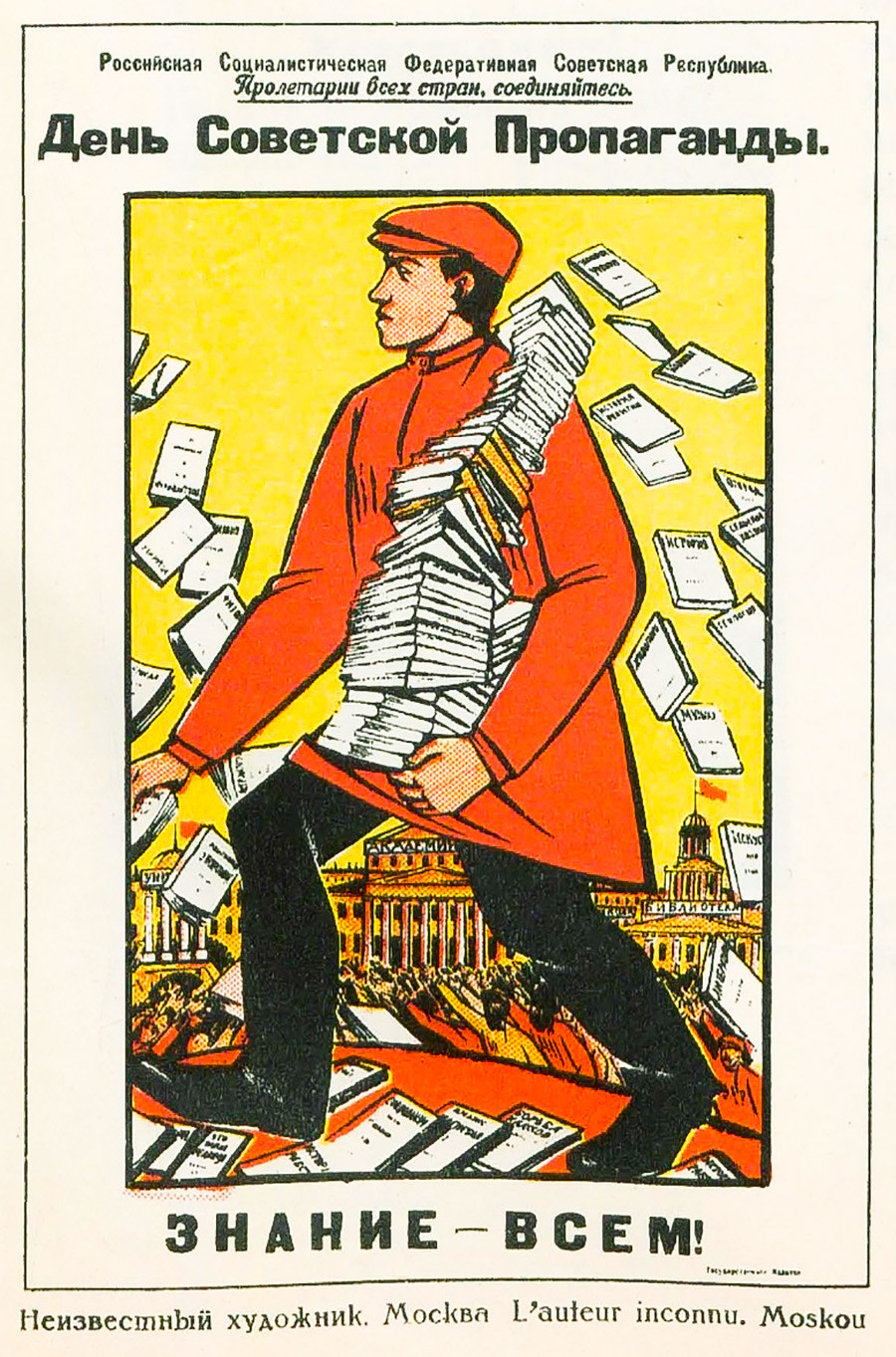 The day of Soviet propaganda. Knowledge – to everybody!

the early 1950s, the organization “Knowledge” was created, and it had thousands of activists whose main purpose was to promote scientific knowledge. “Knowledge” also published numerous books and brochures that helped to increase the level of scientific awareness among millions of people. 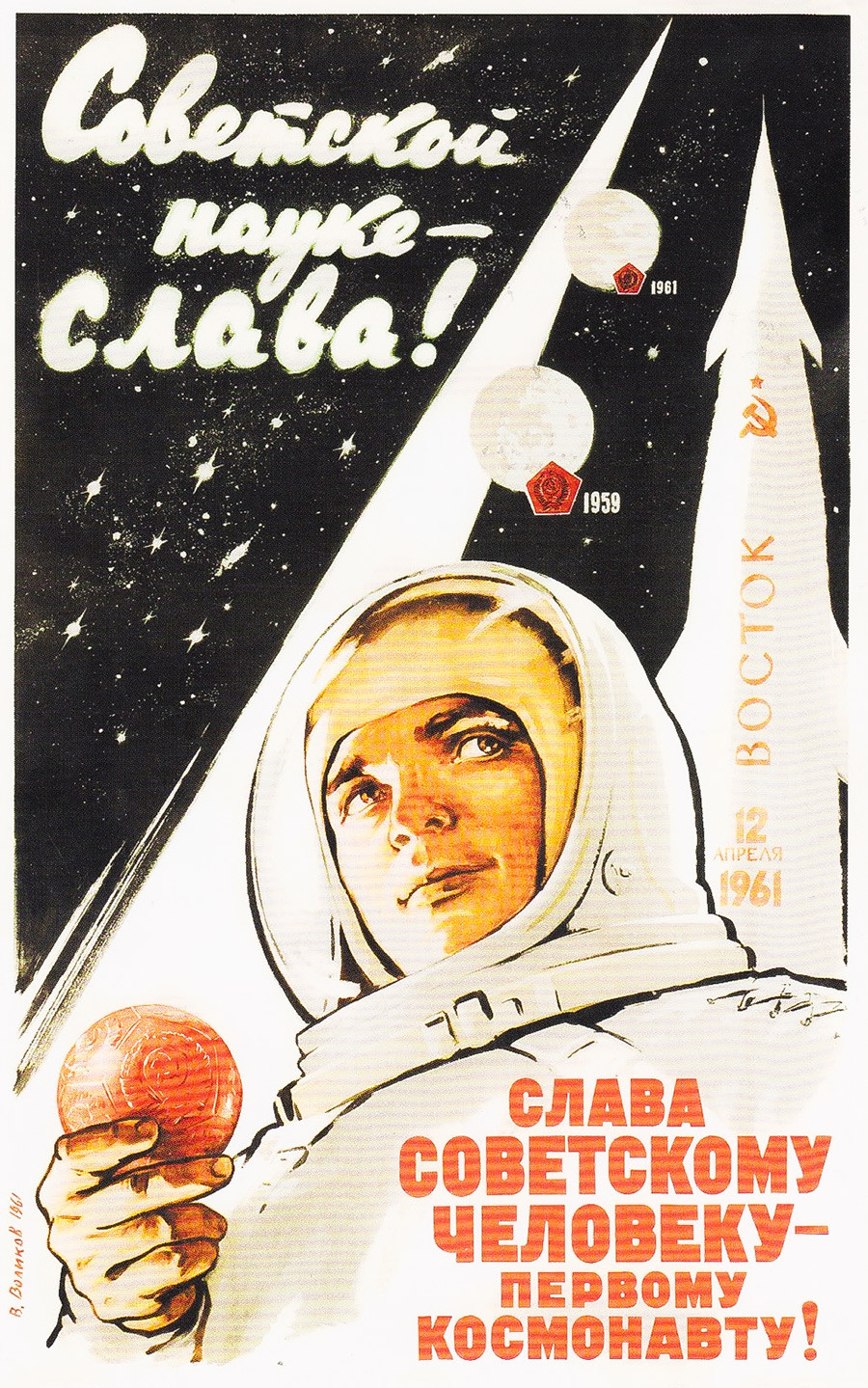 huge boost to the popularity of science resulted from the successes of the Soviet space program: the launch of and Gagarin’s first flight. The topic of Soviet space achievements was immensely popularized through various kinds of posters.

Despite the obvious scientific progress achieved, the highly-bureaucratic  Soviet economy often could not properly develop the innovations produced by scientists, which was one of the main reasons for the Soviet economy's stagnation starting in the 1960s. Nevertheless, authorities relentlessly stressed the need for a link between science and industrial production.