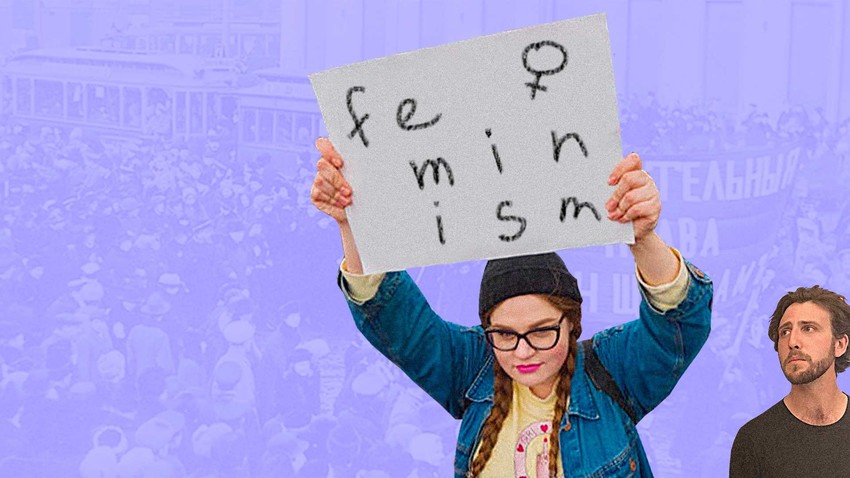 Alexander Kislov
An American writer living in Russia talked to locals about an important topic - feminism. And it’s clear that the topic is not an easy one to discuss.

Dialogues over feminism in America are often conducted using megaphones from either side of an echo chamber; they are loud and nasty, and conclude with a meme thread going viral. In America, we call this progress.

Throughout my time in Russia, the topic of feminism has arisen infrequently and in odd ways. For example, on two separate occasions I have had different Russian men ask me the same question:

“If I help a woman carry her suitcase, will she sue me for sexual harassment in America?”

When I frown and say, “no, of course not,” I am often met with a series of grumbles about feminism and the times, and the weight of carry-ons these days.

There is a linguistic aspect of feminism in other countries that English speakers don’t have to consider. Russian, like many romance languages, uses gender, meaning that objects are either male, female or neuter (undecided). Russian takes this a step further where the language changes when referring to a man or a woman, and if you are speaking as a man or woman this throws a many-faceted wrench into the him, her, they, them, Z, argument that is going on in America, where some people do not identify as either gender.

This would mean that if you chose to change your gender in Russia, not only would everyone have to alter the way they talk to and about you, you yourself would have to alter your speech patterns drastically. This creates a greater barrier and set of challenges for Russians well beyond the argument of simple pronouns 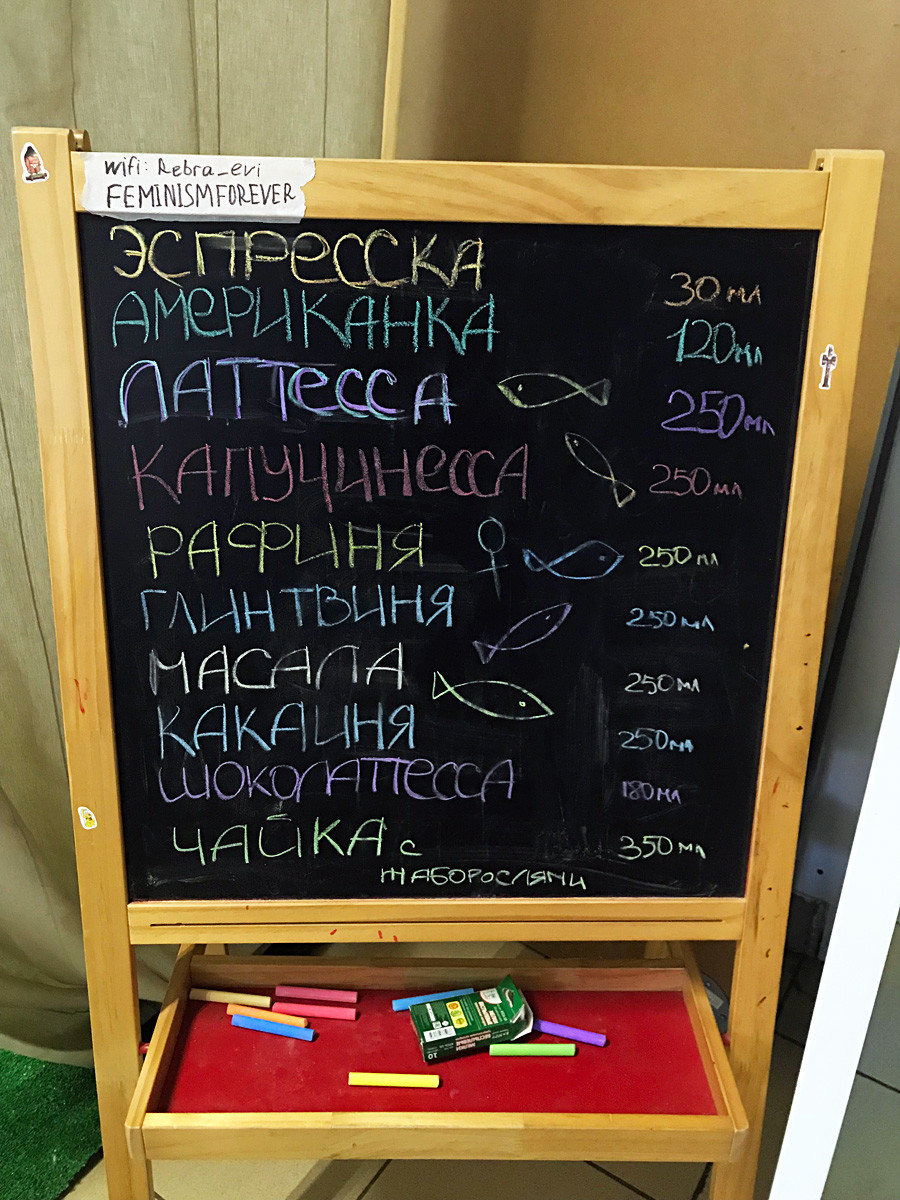 Menu at a feminist cafe in St. Petersburg: feminine forms of espresso, americano, latte and other types of coffee

you agree or disagree with a person’s choice in this matter is irrelevant, but I became curious as to how Russians would handle this dilemma.

I asked my friend who is a woman, “how do Russians manage feminism when Russian is so heavily dependent on gender?”

To which she replied “ka!”

“Oh, they’re always adding KA to everything, Doctor-ka, author-ka, blogger-ka, you know, to make all of the professions feminine. It is so ugly, they are ruining the language!”

I thought that was weird, and I told her so. “That’s weird. In America people are doing the opposite—like, we are making all of the professions gender neutral.”

But she wasn’t paying attention, she was muttering “KA” to herself. She got up and left. She returned with a megaphone and started calling out the window, “KA! KA! I mean come on people!” 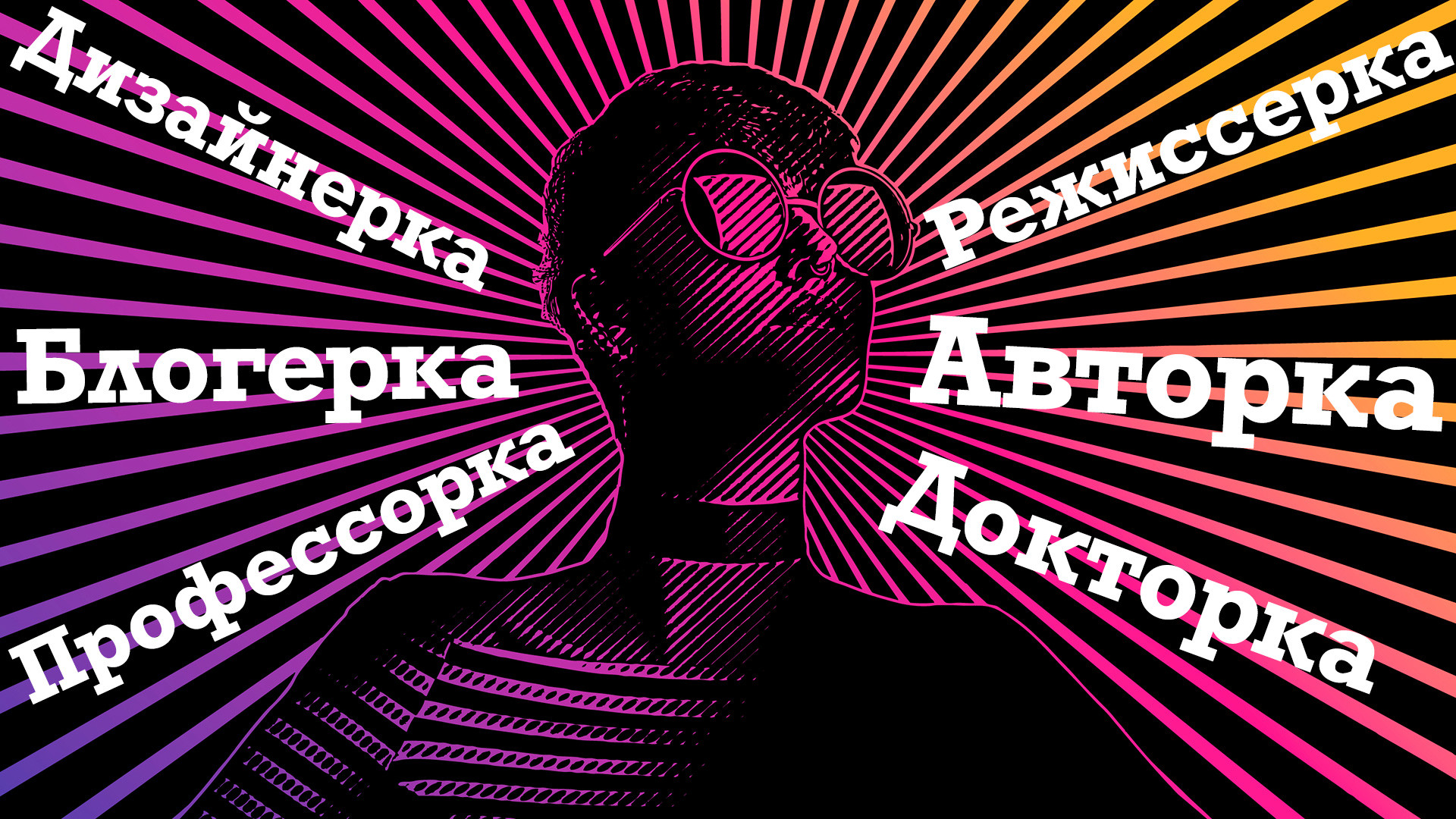 I dug a little deeper and decided to ask my friend M who is a self-proclaimed radfem. I asked:

“What is the deal with the KA?”

“Well,” she told me, “in we have for many words except professions, and many feminists want to change this because it sounds ridiculous to be calling someone female-doctor, for example.”

“So, it just concerns professions?” I asked.

“Professions and almost anything good; basically, feminism in Russia is somewhere between ‘feminists are just ugly, hairy, angry bitches lacking a good shag,’ and ‘hey, be a good feminist, fight for men also.’” she said.

“But what about ka?”

“Ask a linguist,” she said.

She got up and began opening cabinets around the kitchen, peeking in drawers.

“What are you doing?” I asked.

“Looking for my damn megaphone!”

Feminism is a growing issue in nearly every country and Russia has linguistic hurdles to overcome that other countries don’t have. The rapidly devolving and revolving conversation that is being had involves all people, including men, and this doesn’t mean picking up a megaphone to lament over the bygone days of the Knighthood of Baggage Handlers.

What is Feminism like in Russia? Responses from readers:

“The media only displays feminism in the context of the acts of radical feminist groups who do performances that the Russian audience is 100% not ready for. And so, people associate feminism with these stupid weird man-hating organizations of crazy women who don’t want to shave their armpits, and this is the general male opinion. For it is no less tragic. They think that if they become feminists, their men will not take care of them anymore. They think that if they abandon the traditional feminine image of a fragile housewife in a pretty dress, men will stop being interested in them.”

“I don’t know how it goes in other countries, but sometimes I feel feminists in Russia just fight with themselves instead of focusing on problems such as domestic violence and abortion rights.

“We have no feminism here in small towns. Most girls are trying to stay alive. They work. And they get paid about $300 per month. A girl has to find a boy because she cannot live without one. Or she can live with her parents forever.”

Benjamin Davis, an American writer living in Russia, explores various topics, from the pointless to the profound, through conversations with Russians. Next time he will explore what Russians think about Donald Trump. If you have something to say or want Benjamin to explore a particular topic, us in a comment section below or us on Facebook.